It's been a while since our small Belgium/Luxembuorg/France-Roadtrip in September, but now I finally had the time to recall this one and edit some of the images.
As I'm totally new to photography, I would be very delighted to hear your opinion on the photos and processing!

The entrance was quite easy. The place where the hole in the fence should be seemed to have been closed a few times already; but everytime a new hole was opened just a few steps further. Arriving at the heart of the plant, we quickly made our way up to the rows of coking furnaces.

It was a rather dark day, clouds hanging heavily in the sky, and we stopped many times when some loose parts made loud crashing noises, moved by the wind. We did not feel comfortable here, it seemed like we were not welcome. 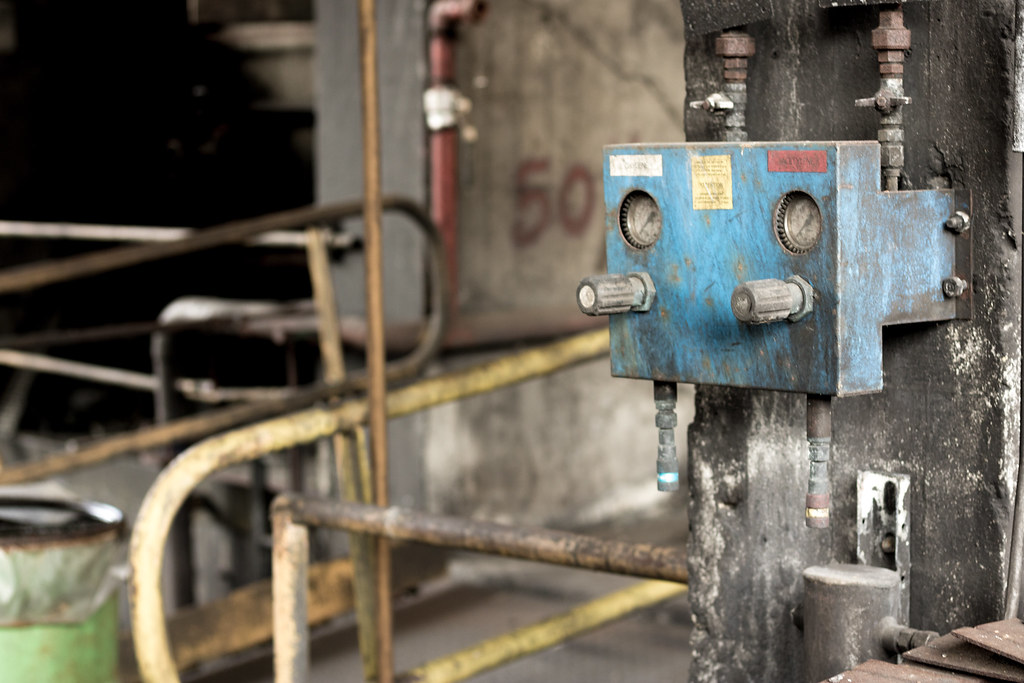 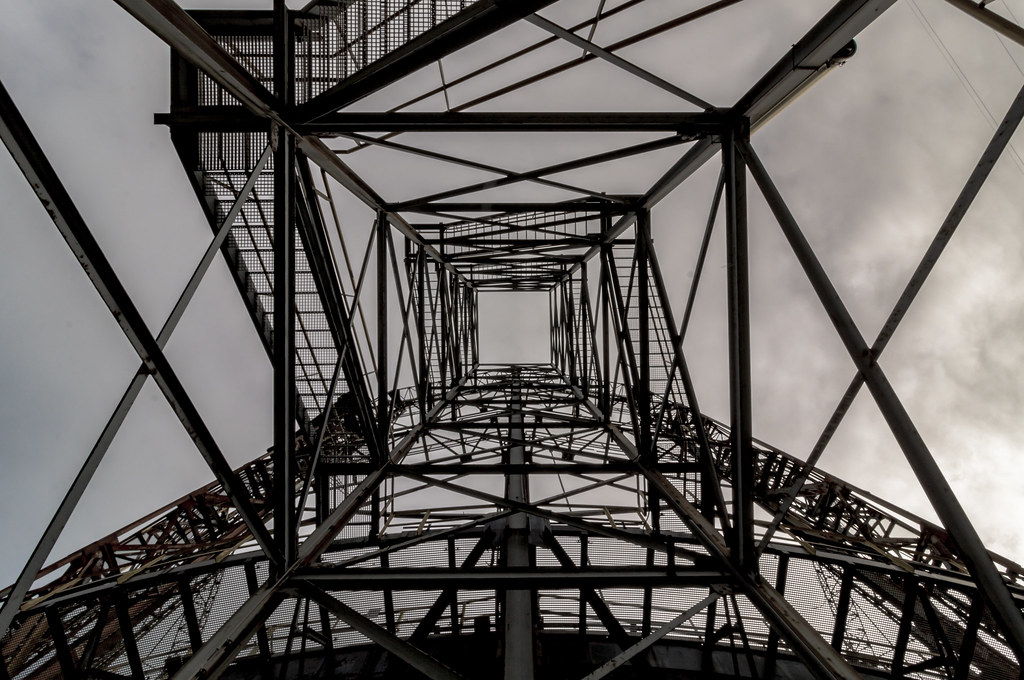 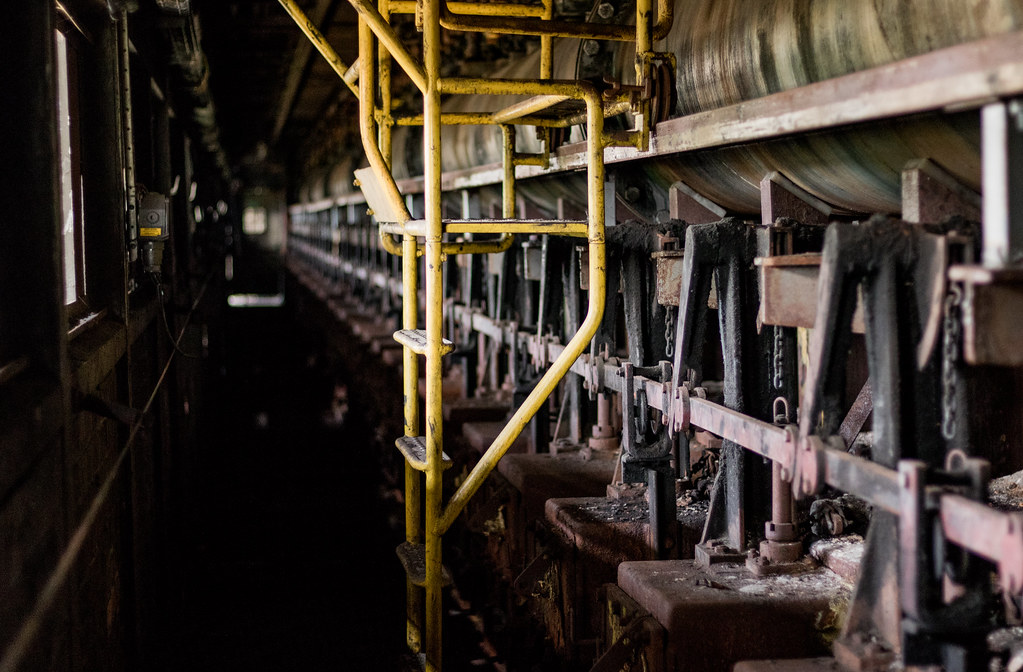 After taking some portraits at the big fans, my girlfriend told me she was hearing engine sounds, and we decided to rush into a small cabin at the side of the  road and hide. And really, she was right: A black Dacia made its way slowly around the plant, passing the shed where we were hiding. We heard it stopping somewhere, opening and closing it's doors again, and we were in complete agreement we should leave this place as fast as posible. Hiding behind everything we found, we fled along the side of the way, stopping and quietly peeking back every now and then.

We decided to be quick with this one when thinking back to the day before. We made our way to the blast
furnace, took some photos and left again. We'll have a look at the rest of the site on our tour in march. 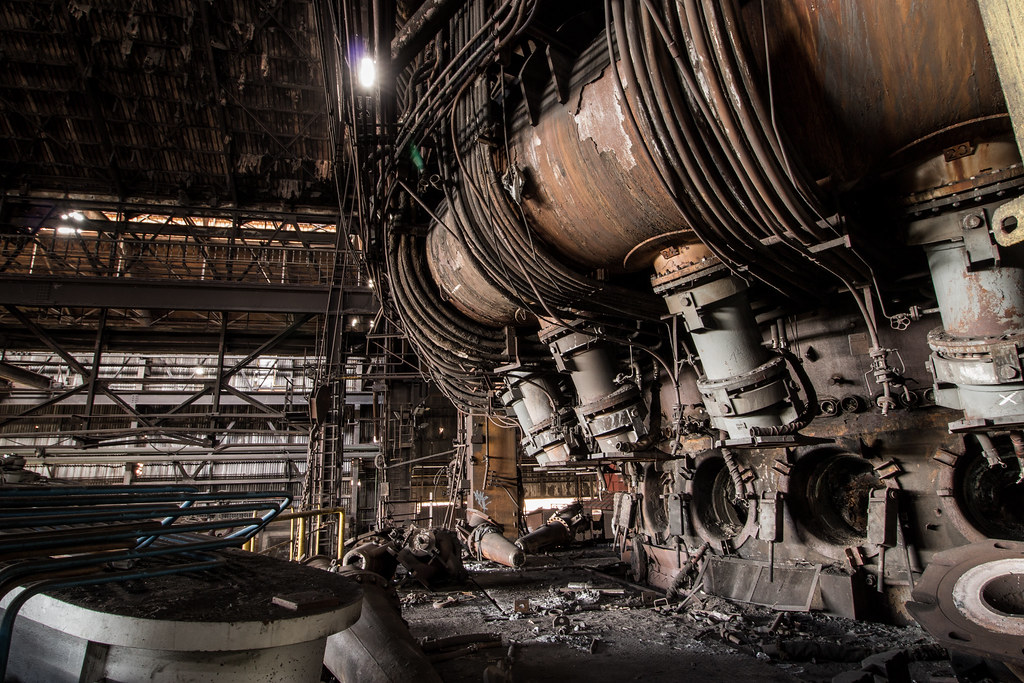 I found this one online just the day before, and after a short research, I had the coordinates. After having a
stop at a small park to have a look at a sculpture we wanted to see, we quickly headed over the fields
toward this one. We arrived at sunset, and after strolling through high grass and climbing the small fence,
we stood in the middle of those antennas. I really liked the view, but I'm not at all pleased with the
pictures I made. Maybe we'll repeat that one someday. 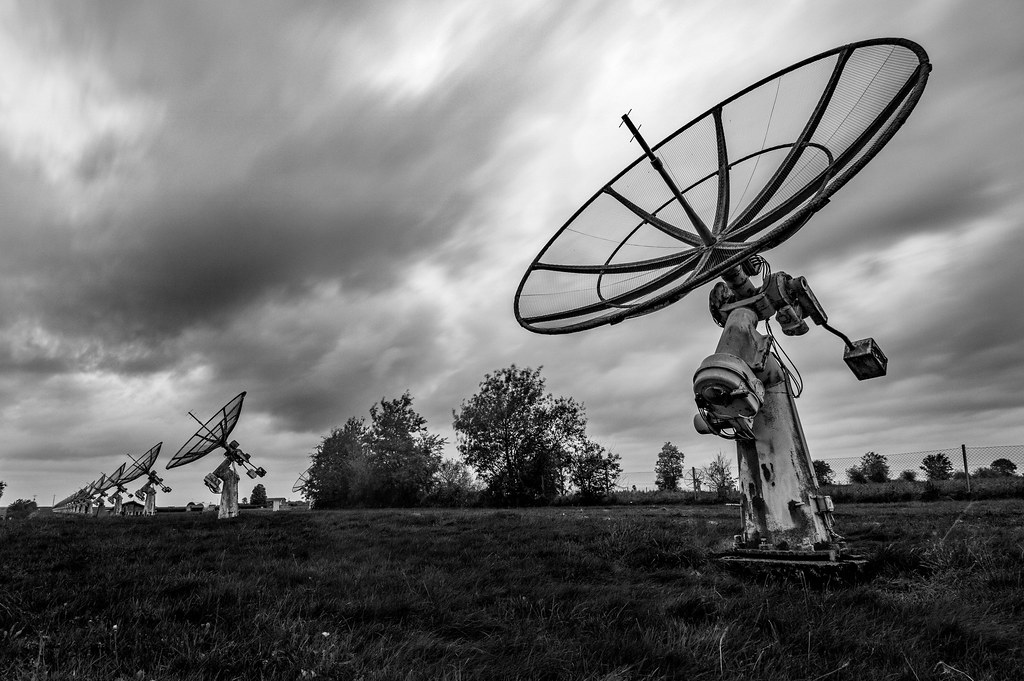 Not much to say. The door that was said to be open was closed again, so we moved on to the sea and did
not any exploration that day.

We made our way in from the west. According to the parts we found in this wasteland, it used to be some kind of power station. There are also some basement structures where you can still find some electrical gear. 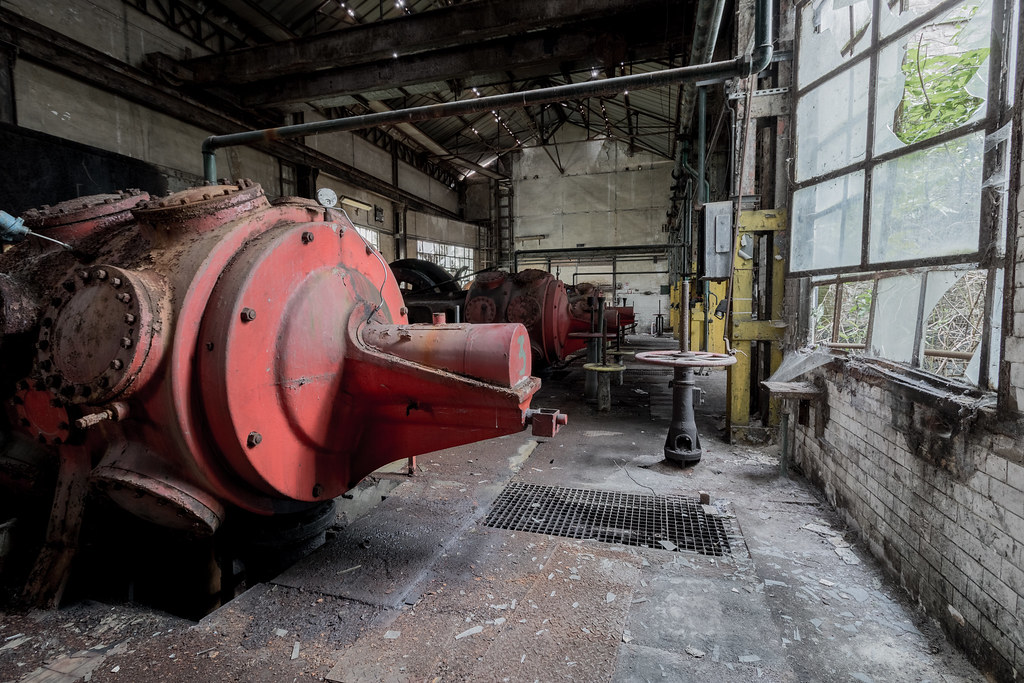 The access to this one was said to be "a bit dirty", but i really enjoyed it. We took some shots in the boiler room and moved on to the pumping room in the next building.

Sadly we didn't get to see the big hall with the gas motors as renovation work was going on - the space was lit up like a soccer field and plastic sheets were covering windows and machines. Let's hope it gets well preserved for the posterity so they can enjoy that view too! 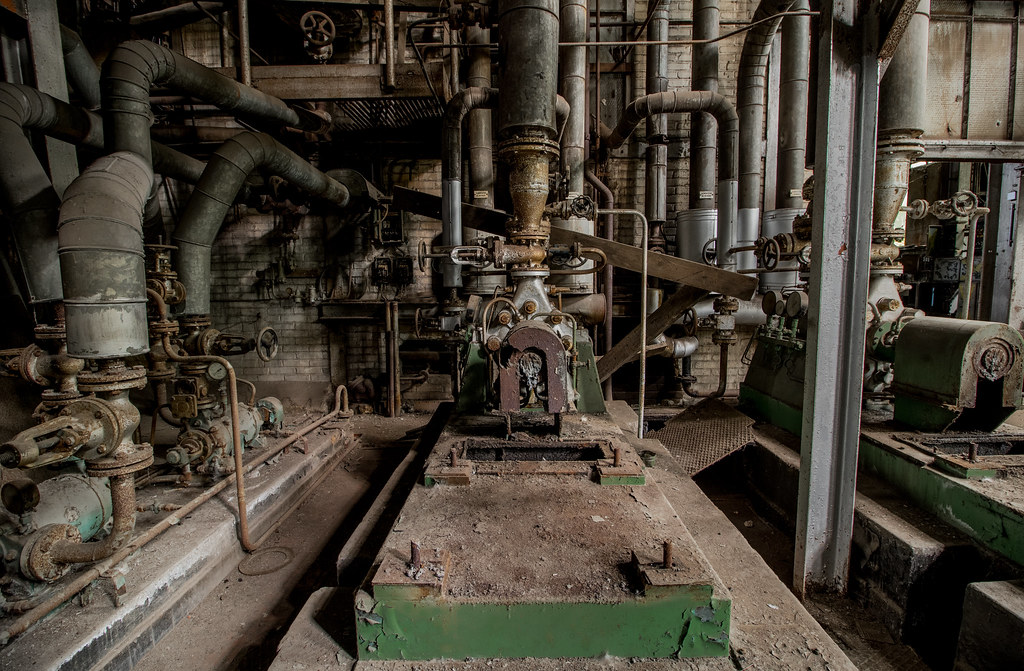 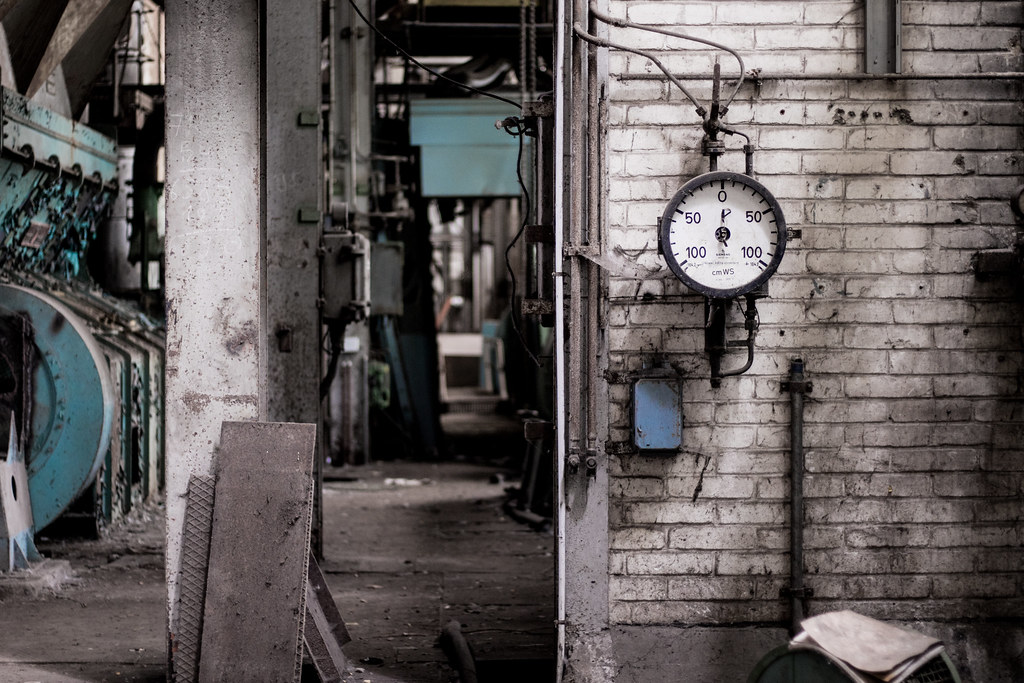 This one was easy. We heard stories of police driving around and were careful, but luckily nothing happened. The place isn't as impressive as HFB or Usine Barbele and in a quite bad shape, but there were some nice perspectives.

It was raining cats and dogs, so we didn't have much time to shoot the nice reflections. 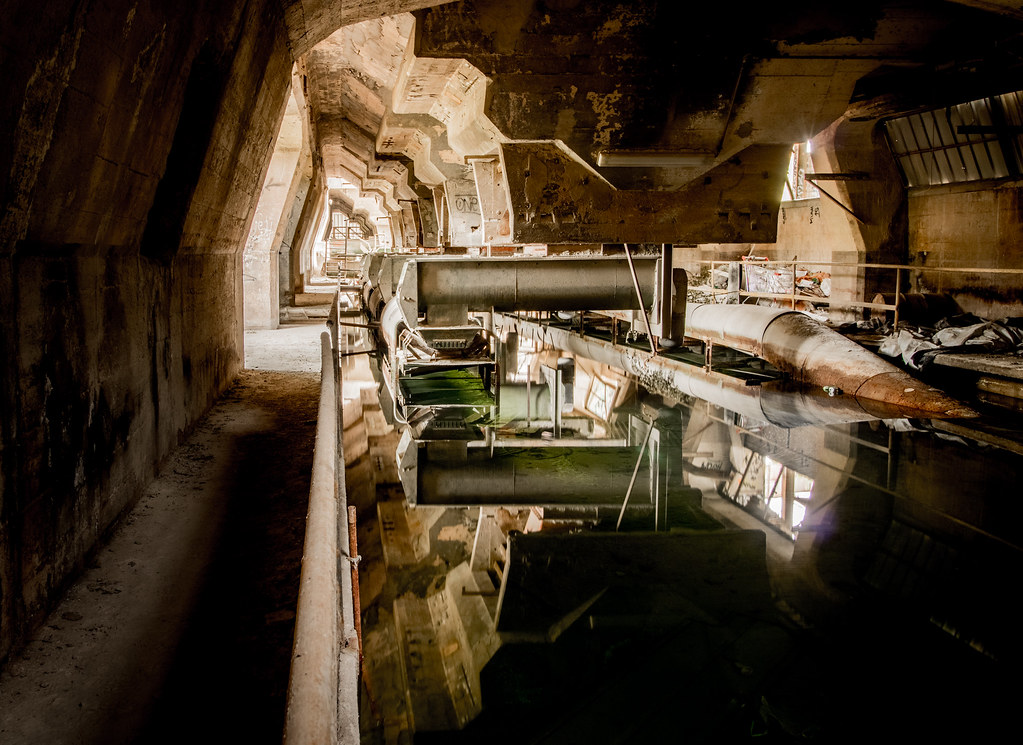 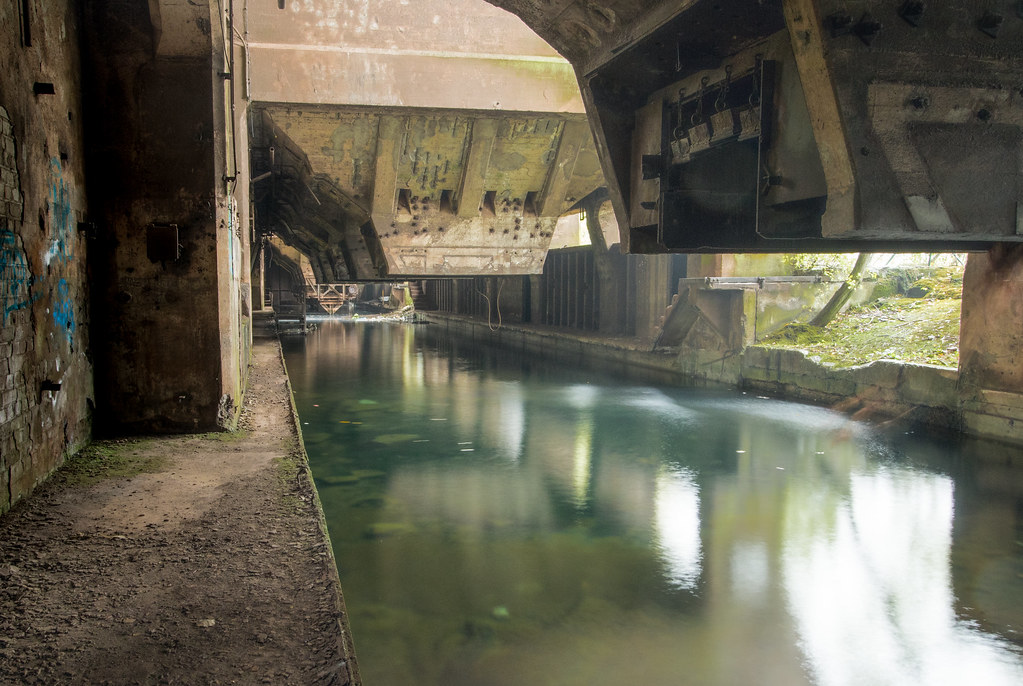 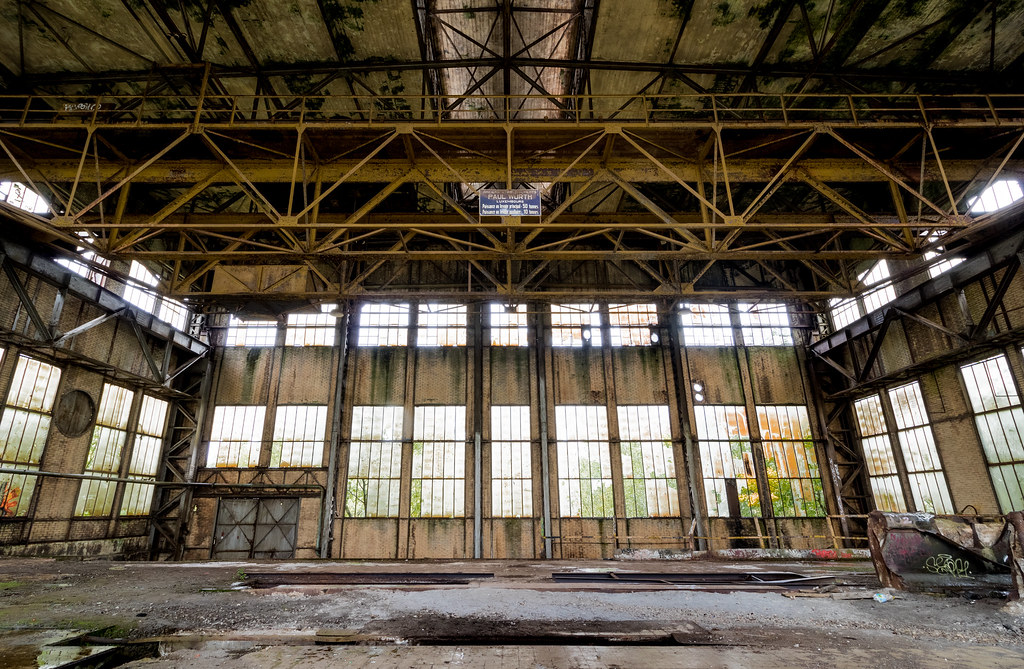 That's it for now. There aren't so much images as we also did a bit of sightseeing and I sorted out a bunch that I didn't like or weren't able to process to the point where I could post them with a good feeling :-D Hope you still like them!

If you like to see some (but that's not THAT much) more images, you can hit up my flickr page: https://www.flickr.com/photos/[email protected]/albums

We'll do another tour in March (Be, Lux, Fr, Es, It, Ch) and hopefully we'll come back with more pictures. Maybe I'll also add some of my older images.
And of course, thanks a lot to the people that helped me with the locations and confirmed my researched coordinates - it's really nice to know how to get in and somebody has been there recently. I won't publish the names here so that you don't get flooded with requests, I hope that's ok. You rock!

That’s an awesome first report, thanks for taking the time to put it together

Great report that Nico, I would be happy to see some more if you have the chance

Thanks for your kind words! I'm happy you like it!

@jones-y-gog: There'll definitely be more stuff! I'm back in april, hopefully with lots of new pictures :-D If you got some nice tips in Soutwest-Europe, please let me know!
I've also found some older pictures of Kraftwerk V/Lightworks (quite crappy), a nearly empty children's sanatorium/home and the remains of Hitler's oxygen plant (not really worth seeing), maybe I'll can get a bit out of them.

That's a cracking first report! some really lovely pics you got there

Some great pictures there

Top report, id be quite happy with that.

the second to last shot is sick!

@eyevolveHaha, that's exactly the one my girlfriend liked the least :-D Glad I still took that one!

That's a great report mate! Glad you had a good trip

@eyevolveHaha, that's exactly the one my girlfriend liked the least :-D Glad I still took that one!
Click to expand...

Great reports get featured, and this certainly comes under that