This is from a exploration on the 13th of May, 2013. These pictures are mostly the east buildings from the interior. Second set will be south end and my favorites, the roof.

Brach’s Candy was a Chicago (and world) candy factory legend. This facility, one of the largest candy factories in the world, was mostly built in 1921-23 and then partially rebuilt in 1948 after a tragic fire and explosion killed 11 employees. At its peak, the facility was over 2,200,000 sq feet (670,560 meters) and had 2,400 workers. Typical vulture capitalism in the 1980’s into the 2000’s destroyed the company and this facility closed the doors to workers in 2003. One of the office buildings was blown up for the movie Dark Knight in 2007. Due to much of the west complex being gang occupied and the neighborhood sporadically violent, I chose the last cold day of that spring to visit, on Mother’s Day, a very big holiday in the USA, figuring even gangbangers might take an afternoon off to visit their mums ?

So I got there mid-afternoon and only left as it was getting too dark to see much, let alone photograph. I tried to go back one more time, but it was not possible to access, and within weeks it was in the process of being wrecked. For the USA, it had more interior metal than many buildings I've been in, which usually have been picked clean by scrappers, which gave it a nice ambiance. Overall, it was a very dark location, due to most windows being bricked up and it was late in the day when I visited, but what light I had was beautiful. The last pic in this set shows downtown Chicago in the distance.

I'll post set two in a week or two, then start digging through files for other past and recent explorations.

Many thanks to everyone who welcomed me on the introduction board. Thanks to all who share, some really amazing reports here, and looking forward to looking around more, but figured I should share something for starters ? 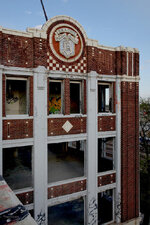 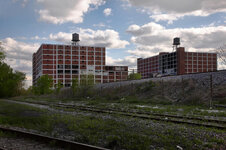 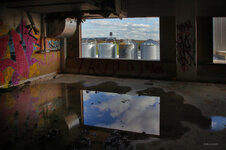 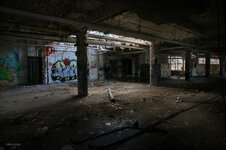 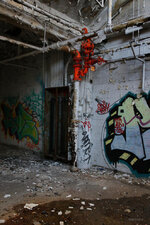 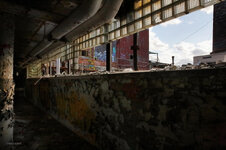 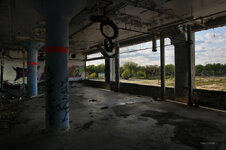 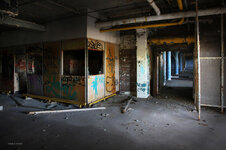 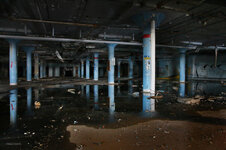 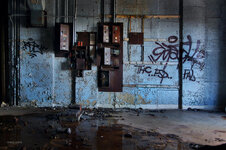 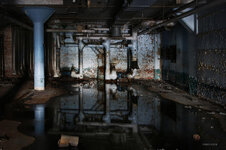 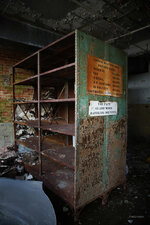 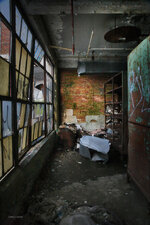 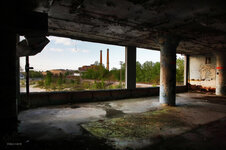 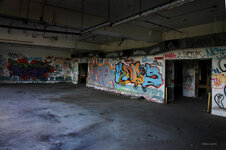 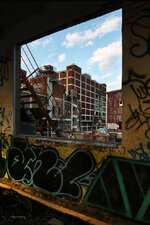 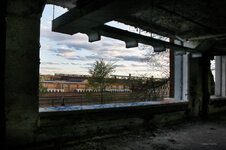 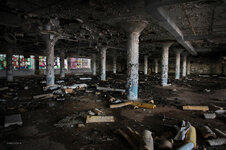 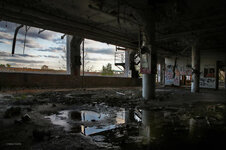 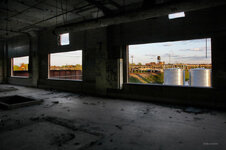 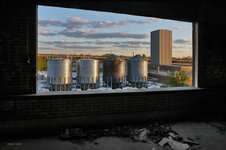 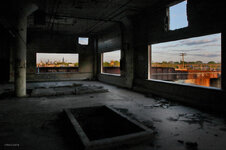 Thanks for posting up your first report @Staklo

Love that brickwork on the first picture and some cool original features dotted throughout the building. Nicely shot too

That's cool mate. Wonder if it were one of these buildings they blew up? ?

hamtagger said:
The Gif works if you click on it but not showing properly on the forum
Click to expand...

Yeah it embeds it on the preview but not on the post. Any idea how to embed gifs properly ?  @Dubbed Navigator

hamtagger said:
Thanks for posting up your first report @Staklo

Love that brickwork on the first picture and some cool original features dotted throughout the building. Nicely shot too
Click to expand...

Thanks for taking a look. The decade just before the Great Depression (which was kicked off by the stock market crash of 1929) saw some amazing buildings in this country, especially this city.  Over engineered massive structures with amazing terra-cotta and brick work details. I’ll post more facade pics with next set. And glad you liked the shots ?

Yep, thanks, better than many and not stripped of everything like some?

Massive is (was) correct! Several square city blocks with both passengers and freight train access. Sadly all gone now?


The_Raw said:
That's cool mate. Wonder if it were one of these buildings they blew up? ?

Hey, nice find! Yes looks like it for sure you can see on the left some of the main buildings brickwork and also elevated train in the background. There was a no-mans land concrete slab to the west side that was probably where the exploded building was.

The_Raw said:
Yeah it embeds it on the preview but not on the post. Any idea how to embed gifs properly ?  @Dubbed Navigator
Click to expand...

Not currently supported, however in the next update it will be.