So after a lot of umming and arring about where to go, SouthSide and I decided to head deep into Mid Wales and see if this was still doable. It was very well documented over the last three or four years, things had been unfortunately pillaged and its looking worse for wear, but saying that it was worth an hour or so explore, lots of nice picture opportunities and a lot of clearly set up shots. We were a little disappointed at first but it proved to be quite photogenic on the lower floors.

This building had quite an unwelcoming feel which eventually went and we felt at home. Not something I've felt that often tbh.

The four bedroomed hall was built in 1725 and it is well documented that the original previous dweller died in the 1970s and the house has been empty since, however there is Bills from 1998 on the kitchen table, expiry dates from 2002 in the Halls Pantry, and the vehicles parked on the land were taxed up until 2007.

It would be nice to think it had been left as it was when she died in 1972, but the amount of decay here does not add up with such a long abandonment time. The building was placed on the Listed Buildings at Risk register in 2012. 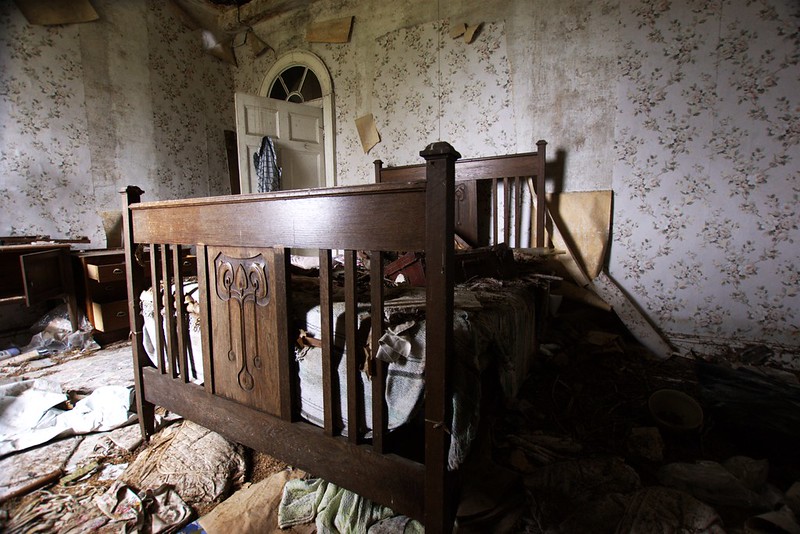 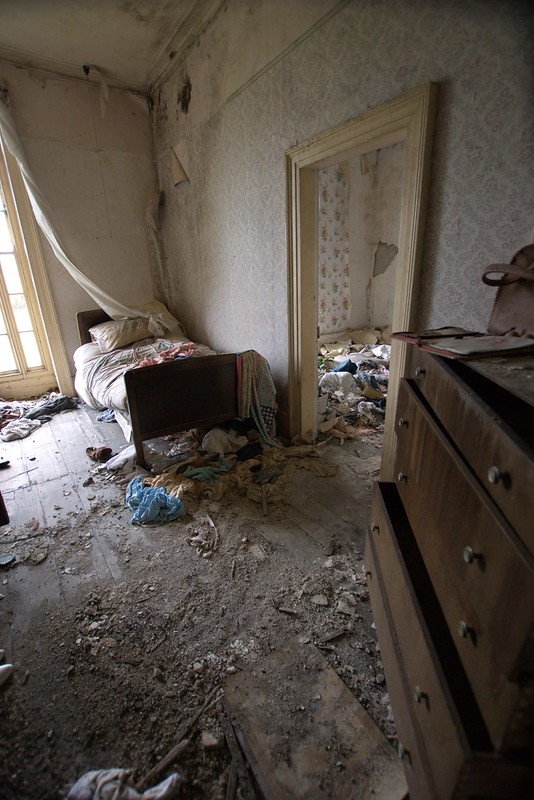 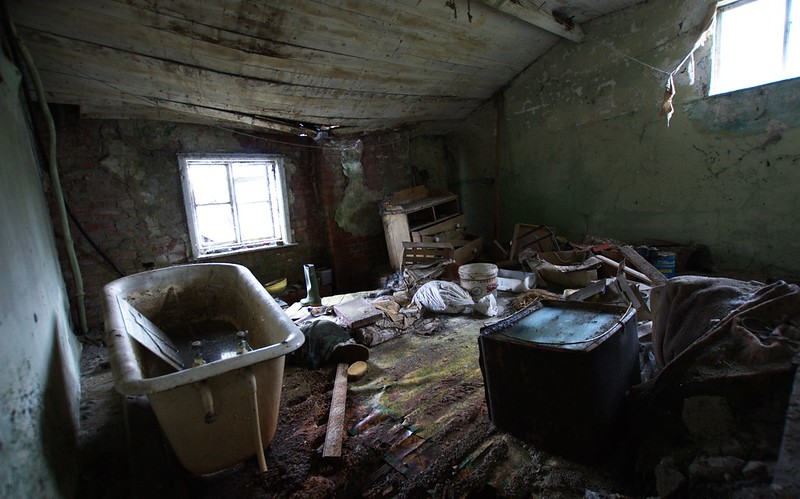 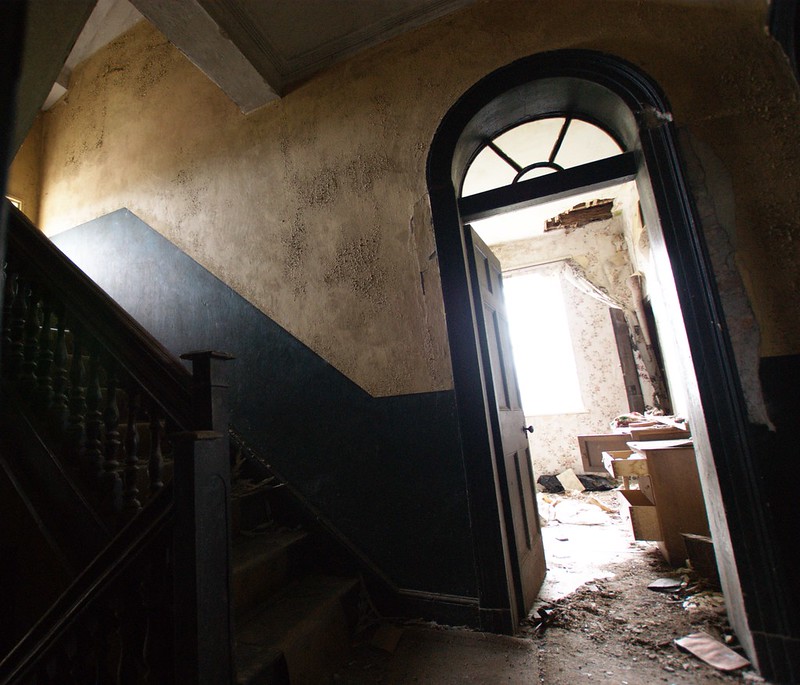 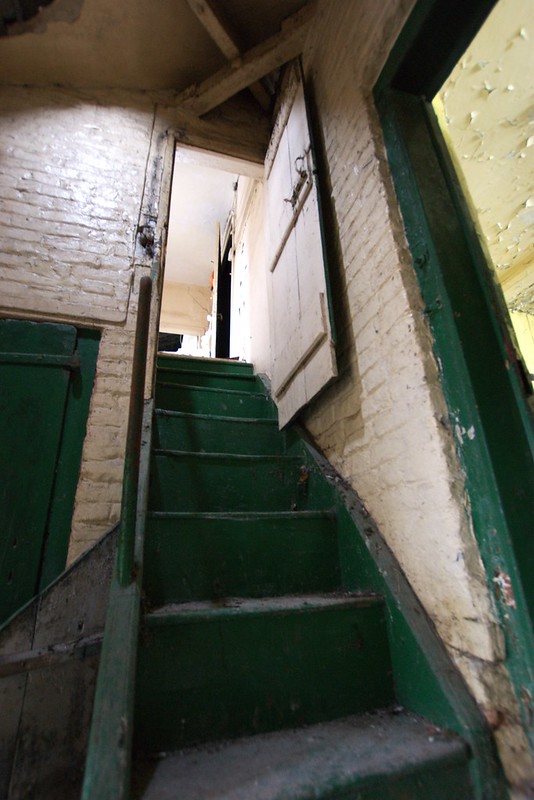 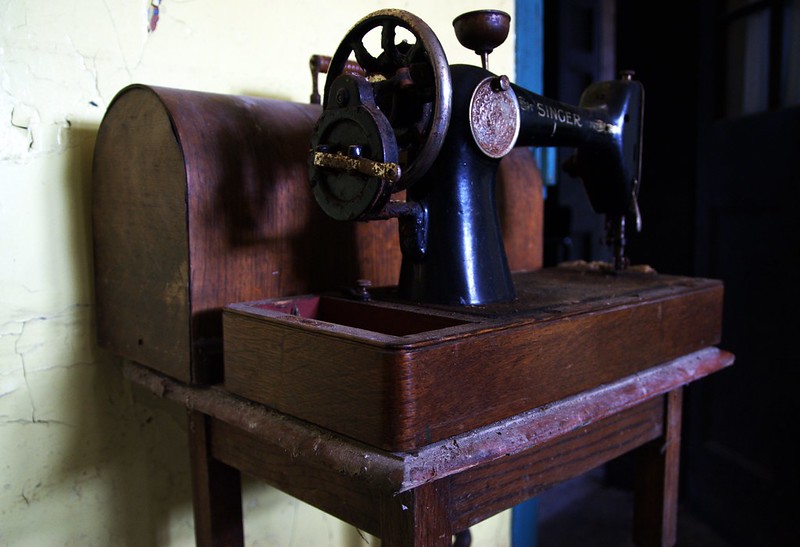 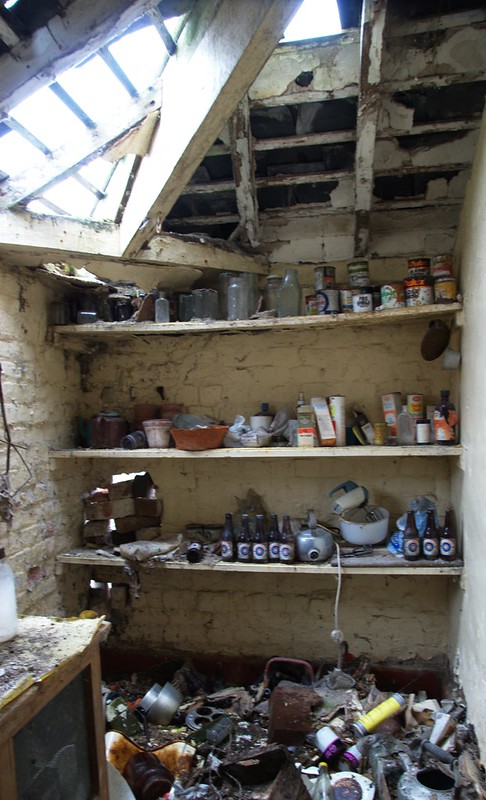 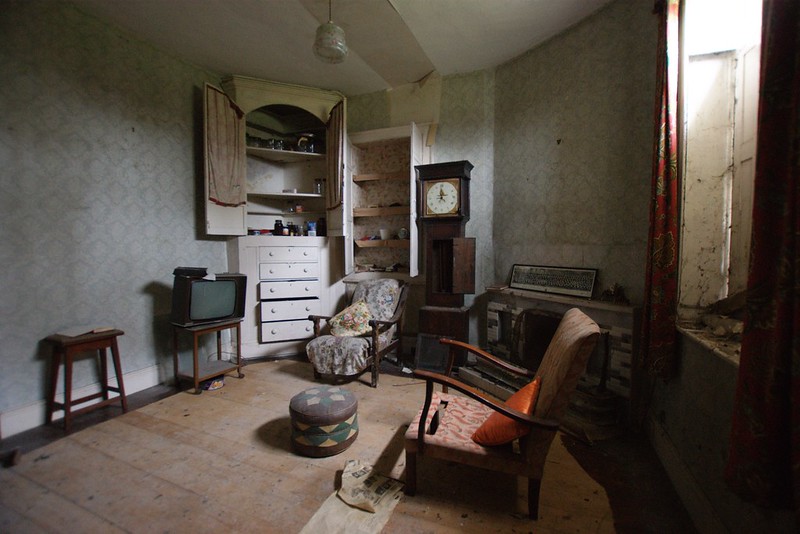 Interesting to get an update report, that's the tidiest I've seen it I think! Shame about the iconic dress being gone, although there was a whisper that it was a prop anyway....

The whole place has been set up really. Like I said, the food expiry dates in the house are all 90s and 00s

Still some nice features left though, cheers or posting up

Pretty cool that mate, lots of bits and bobs lying around despite the condition of the place. Tidy pics

Looks damn good to me fella,nicely shot too.

Nice one! Someones had a MAJOR tidy round in the telly room! ITS SPOTLESS!! I presume the access is still doused in cow shit... oo

Thw place is getting really decayed now.lost and forgotten.is there a bull been put in the field?