Casino Constanta is an historic monument built in Art Nouveau style between 1904 -1910, to meet the needs of the Black Sea tourists in the period known as La belle Époque: a time when well dressed gentlemen would read the newspaper early in the morning, enchanting ladies walked on the promenade, the sound of military music filled the atmosphere on sunset, inviting people to “dance” in their impeccable evening outfits. The man who conceived this challenging project, very modern at that time, was Daniel Renard, a young Romanian architect of Swiss origin. The building is exceptionally rich in decorations inspired by the vegetal and marine worlds: waves, climbing plants, beautiful flowers and fantastic shell windows, make you believe that you are in an undersea palace, where Poseidon is waiting to greet you on his throne, behind the curtain of the majestic theatre stage in the main room. The Casino is challenging your imagination step by step, with every ornament, every broken mirror, and every crack in the wall producing an emotional rollercoaster outlined by the magnificent view of the sea. What used to be the main social and cultural attraction of the city in the past is lying in despair today, completely neglected like a true old man celebrating his 100th anniversary alone.

During World War II, the building was transformed into a hospital, and during the communist regime was a restaurant where, weddings, baptisms and communist events were organized. Little by little its fame started to fade. Having closed in 1990, in the 2000s the casino was taken under the care of the Municipality of Constanta. In 2007 the municipality signed a concession contract on 49 years with the Israeli company Queen Co Leisure International (QLI), in exchange of 140,000€ annually. QLI stated publicly that they would invest 15 million euros in renovation and transforming the casino into an international entertainment center, the biggest in Romania. The optimistic company forecasted that the investment was going to be recovered in 5 years, yet another 4 years passed and still nothing happened. The municipality ended the contract and started searching for a buyer. Soon enough this decision started a public scandal, where the Ministry of Regional Development and Tourism (MRDT) promises to take over the problem. The old Casino is supposedly going to be restored completely with funds from the MRDT’s budget. The new dates are placing the beginning of the renovation work in maximum one year after the Casino is officially under MRDT administration, and another 2 years to finish the work. So far the first deadline for starting the project is going to be August-September 2012.

Casino Constanta. The most famous derelict building in Romania. After our trip to Moldova and Transnistria, there was no way I was going to miss this. It's the icon of Constanta; ask a Romanian what there is to see in the city apart from the impeccable Black Sea beaches, and they'll probably mention this. It even appears in the Lonely Planet guide! Up until this year according to Tripadvisor visitors were allowed inside, but recent reports suggested this stopped. I thought if worst comes to worst I'll just sneak in round the back through an open window, easy enough... but I wanted to be on the safe side and be guaranteed entry. A good job I did what I did, and contact the City Hall. I emailed them for permission, which was granted provided Arold and I signed an affidavit to say that they weren't responsible for any injuries incurred as a result of us going inside. Fantastic! Don't you just wish it could be like this in the UK? Just sign a form and the doors are flung open for you.

Obviously it's under council care and a listed building, but I wasn't expecting the level of security they had at this place. When we arrived, we saw two guards outside in a cabin. They spoke no English, but somehow got the message that I was granted permission by the mayor to go inside. They called somebody up, and out comes a younger guard from inside the building, who spoke English fluently. Two guards outside and one inside, for one small building; this place is a fortress. I showed him my passport, and then Arold and I were granted free roam.

The sights here are among the best of their kind. Absolutely exceptional details in every room. 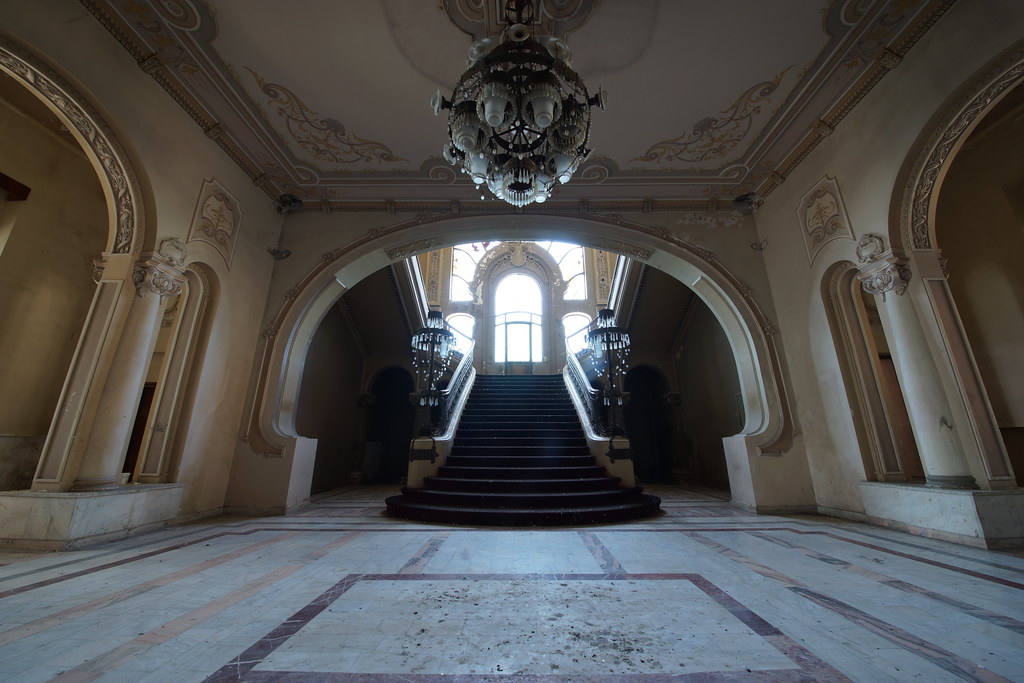 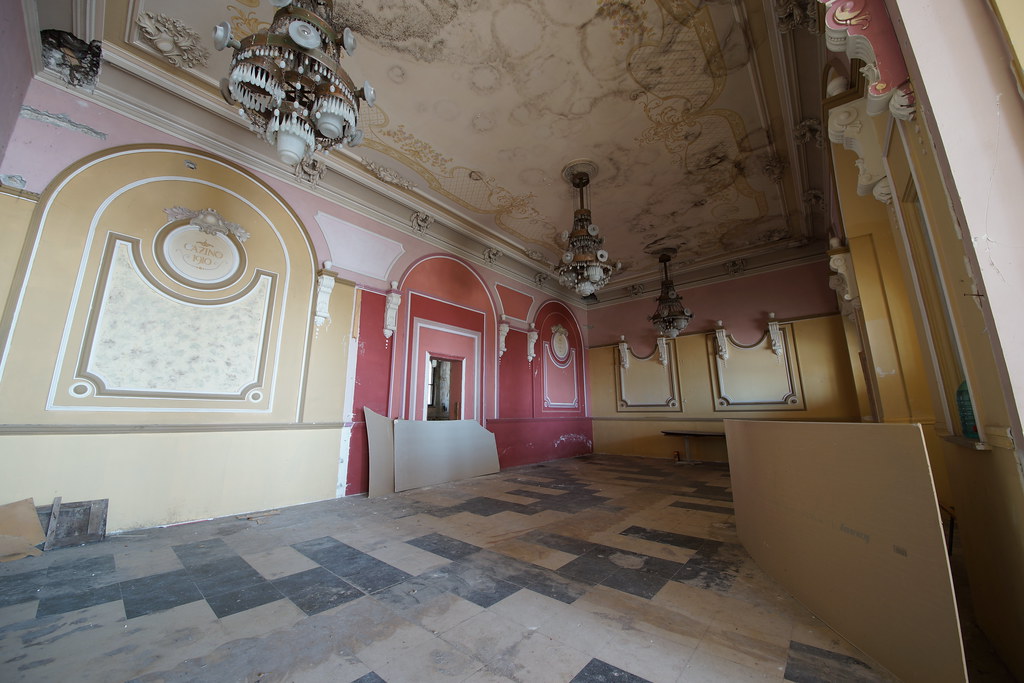 For a 1990 closure, particularly being so close to the abrasive salty sea air and water, it's survived exceptionally well. You can tell attempts have been made to restore the building in the past judging by workers' tools left behind; sadly nothing has happened to this day. Still, vandalism has thankfully been kept to an absolute minimum. 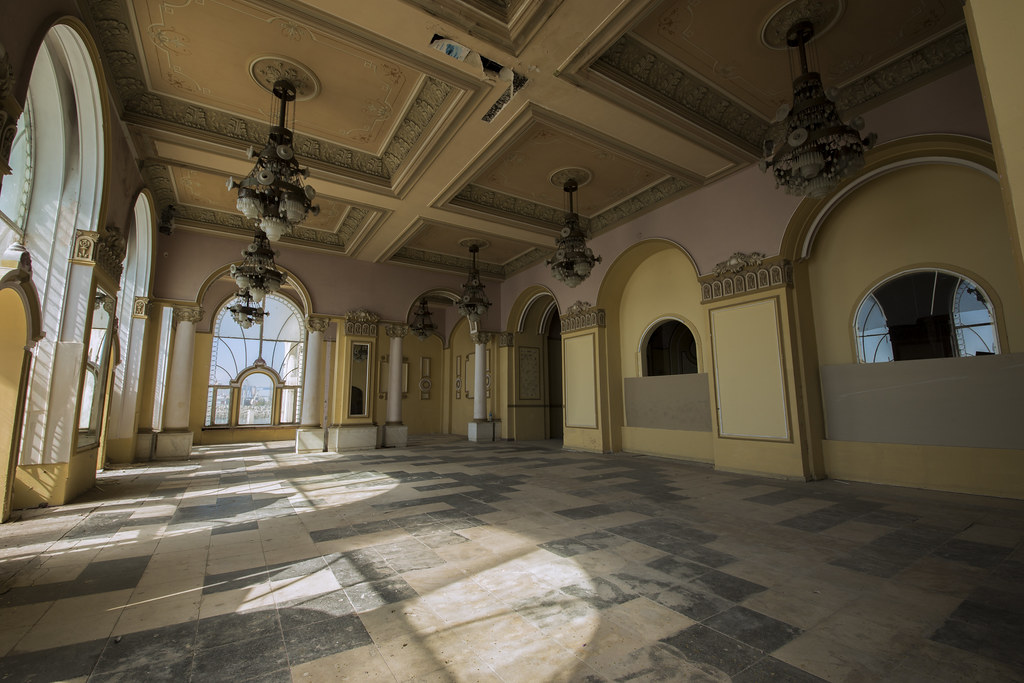 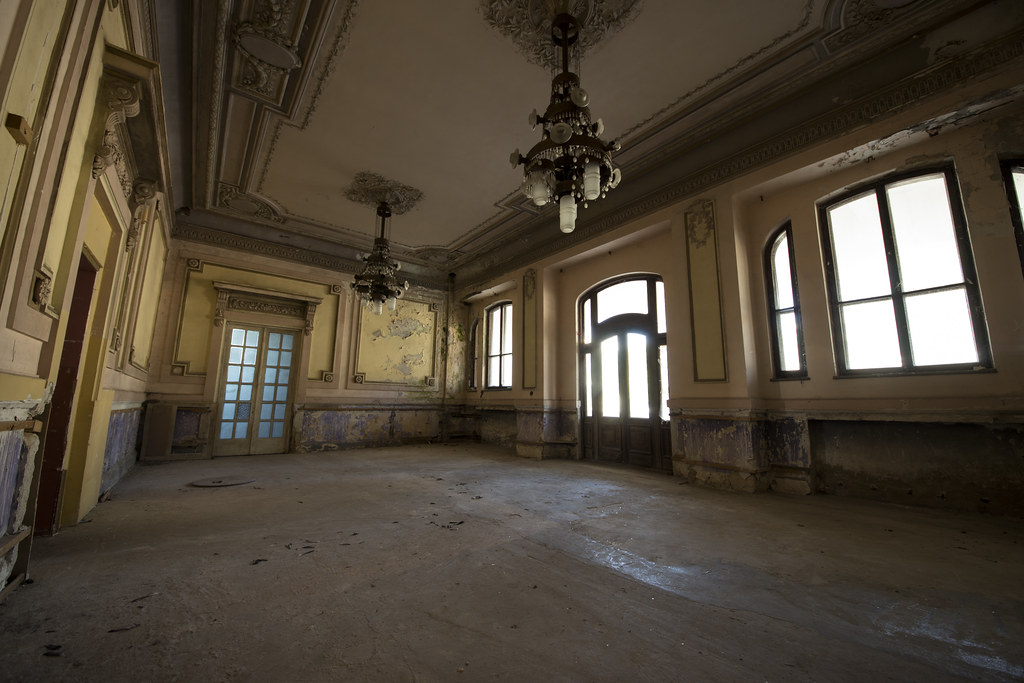 The majority of the building had been accessible, but there were a few rooms which were nailed shut presumably to prevent break-ins and animals (although cats and pigeons inevitably found their way in). Again, a damn good job I didn't try to sneak in with the guard inside! 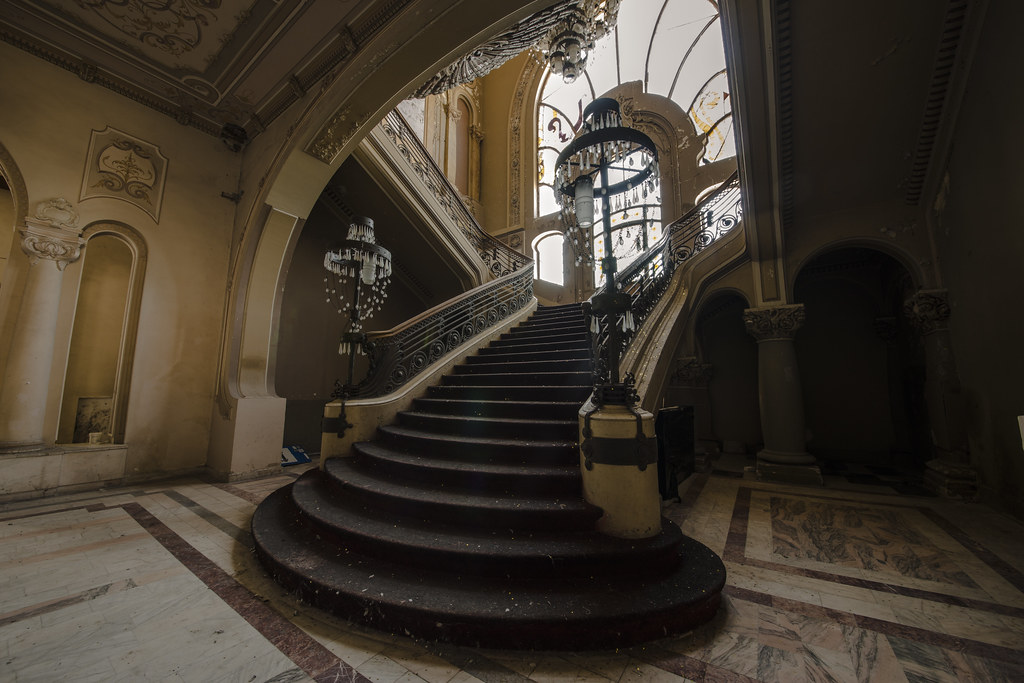 One of my best photos ever. 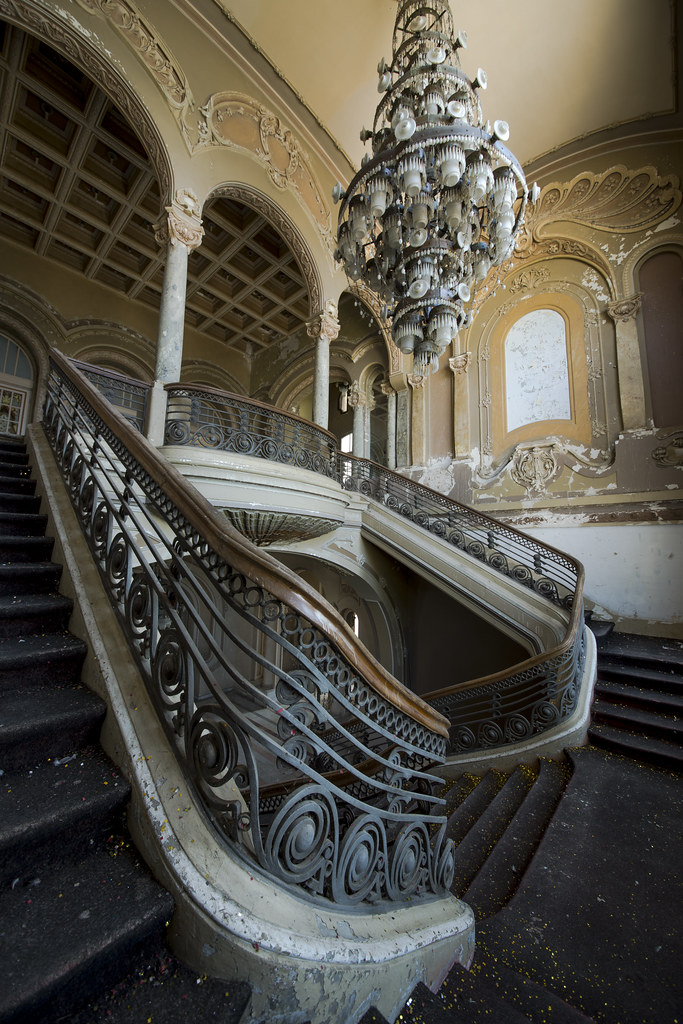 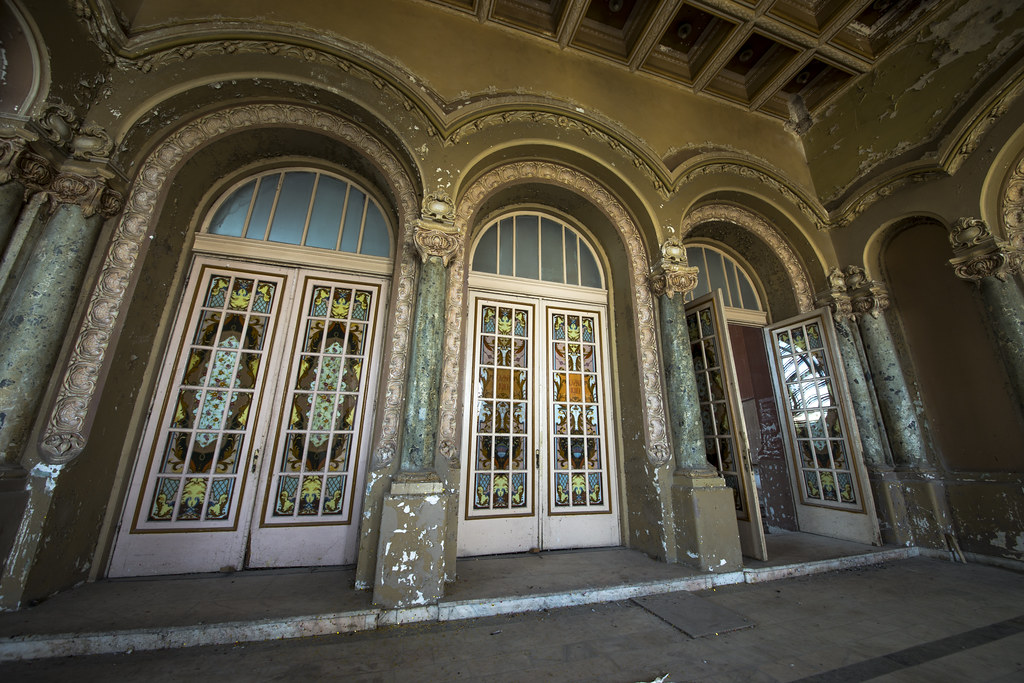 And to you dear reader, I present you now with Poseidon's lair. The centrepiece, the theatre! 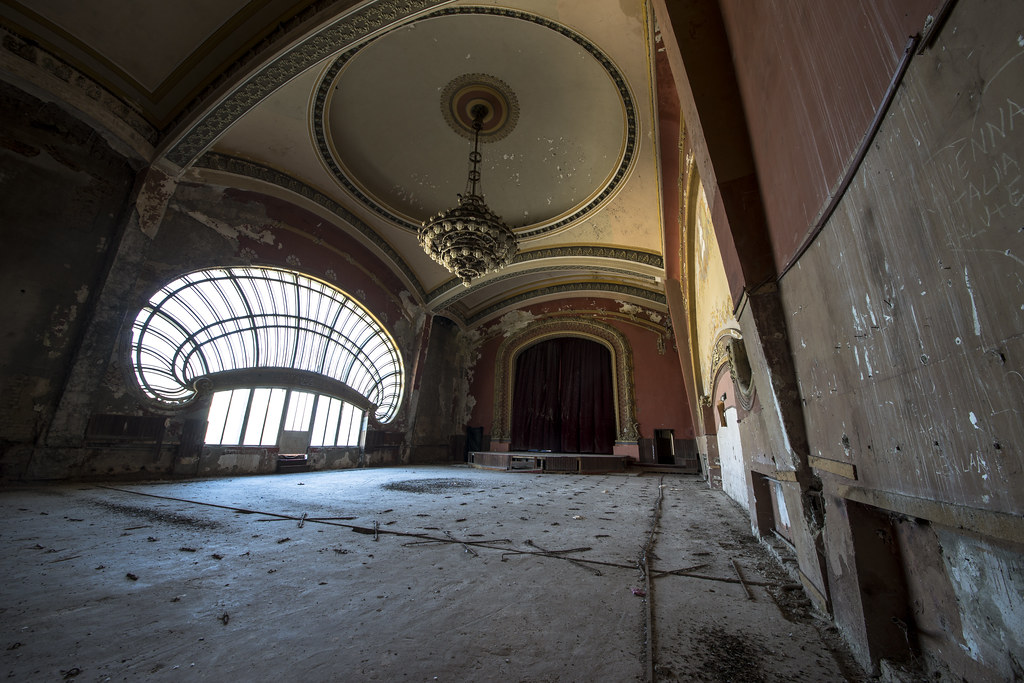 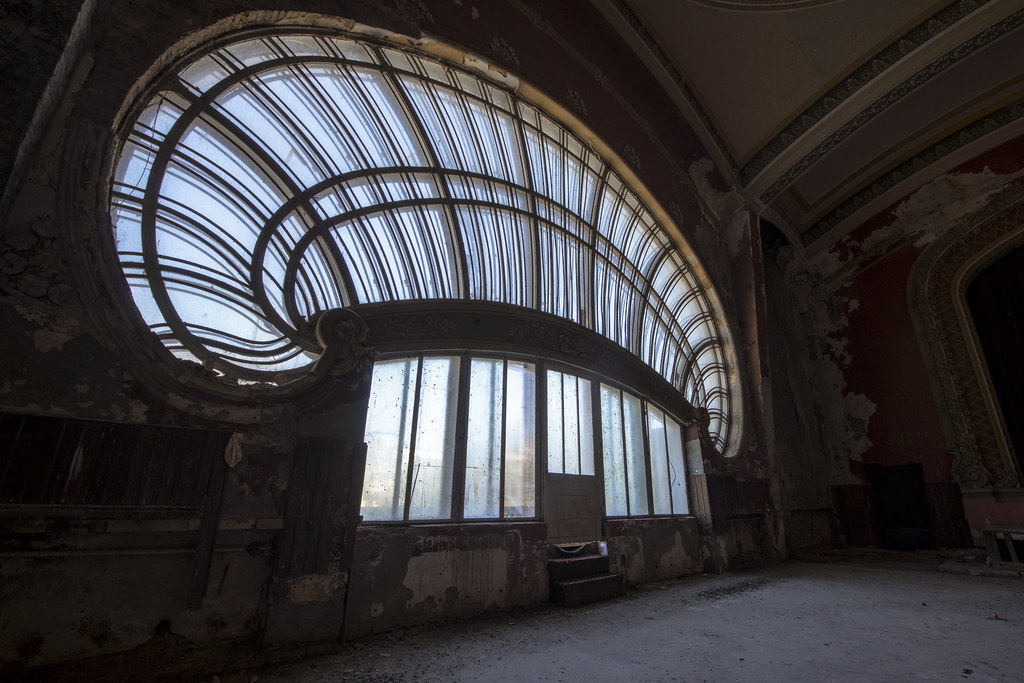 It was in this room that damage and decay was clearer after 26 years of disuse. Yet it still conveys a real sense of grandeur on an epic scale. 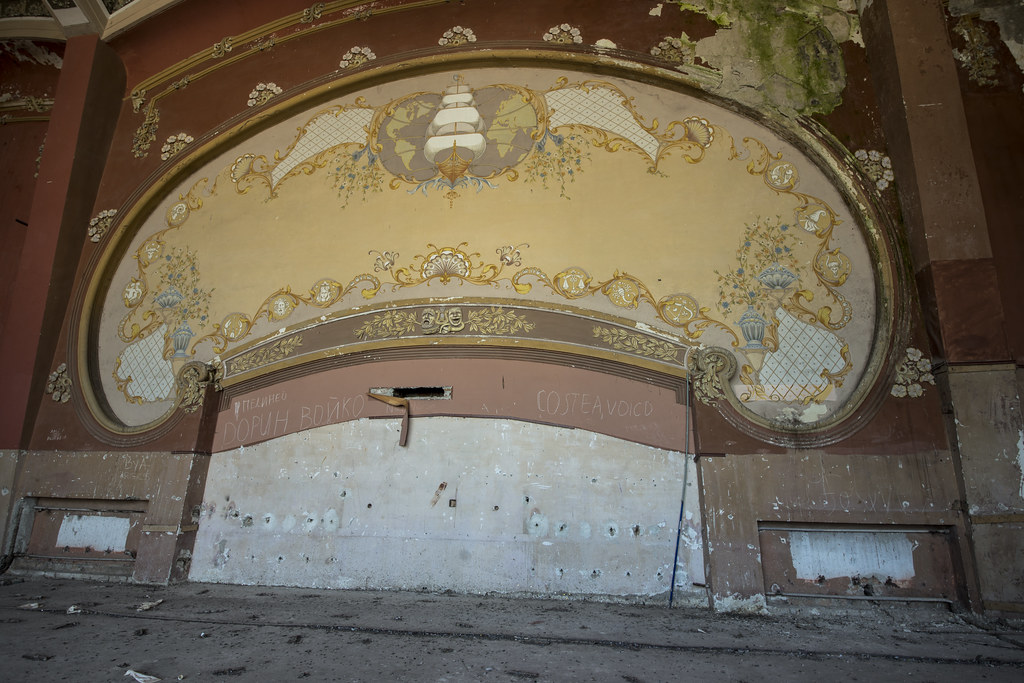 Maybe I'm getting whipped up in hysteria, but could this be one of the best locations I've ever done? 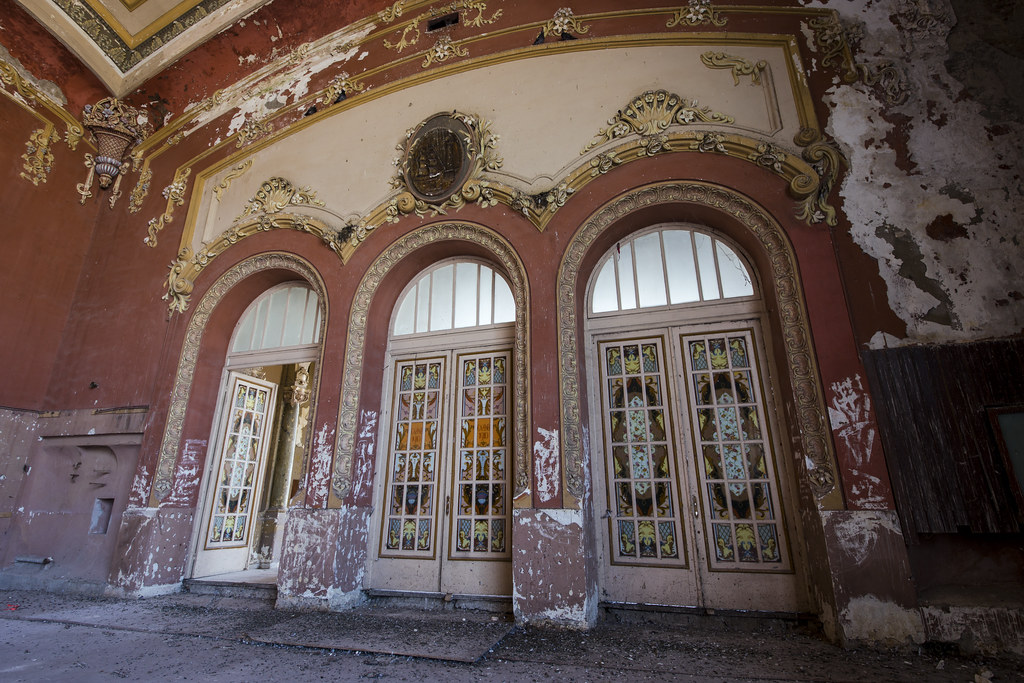 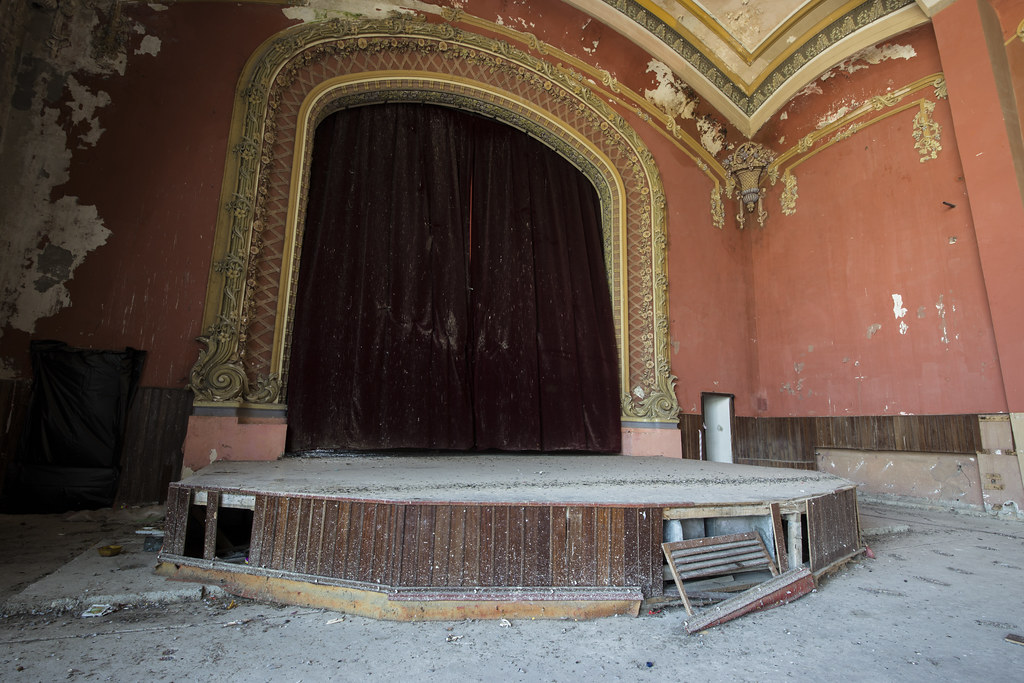 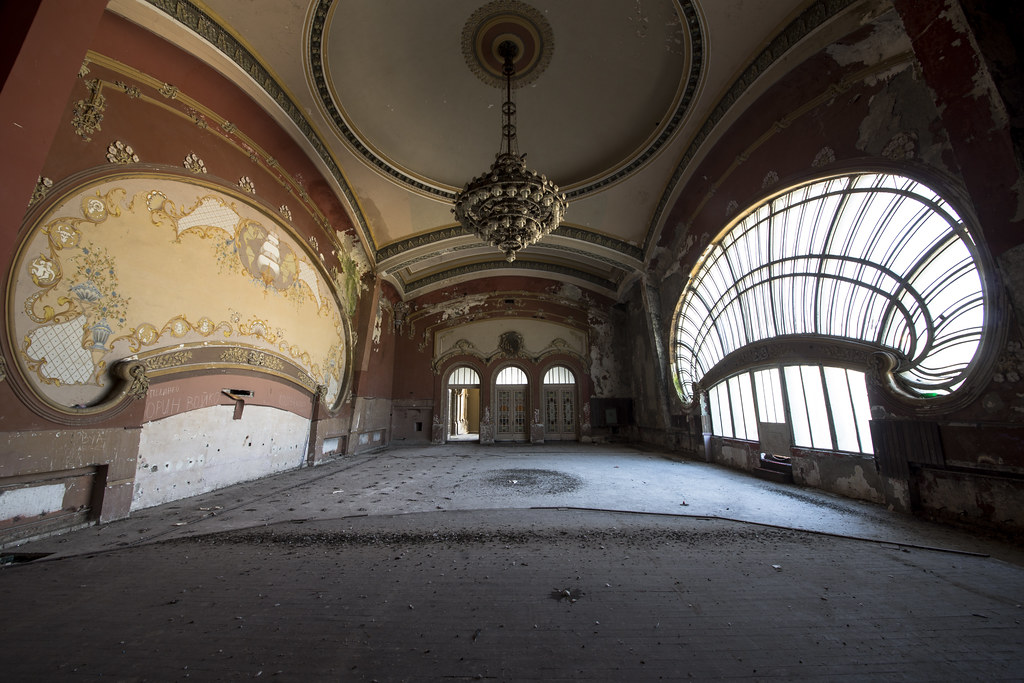 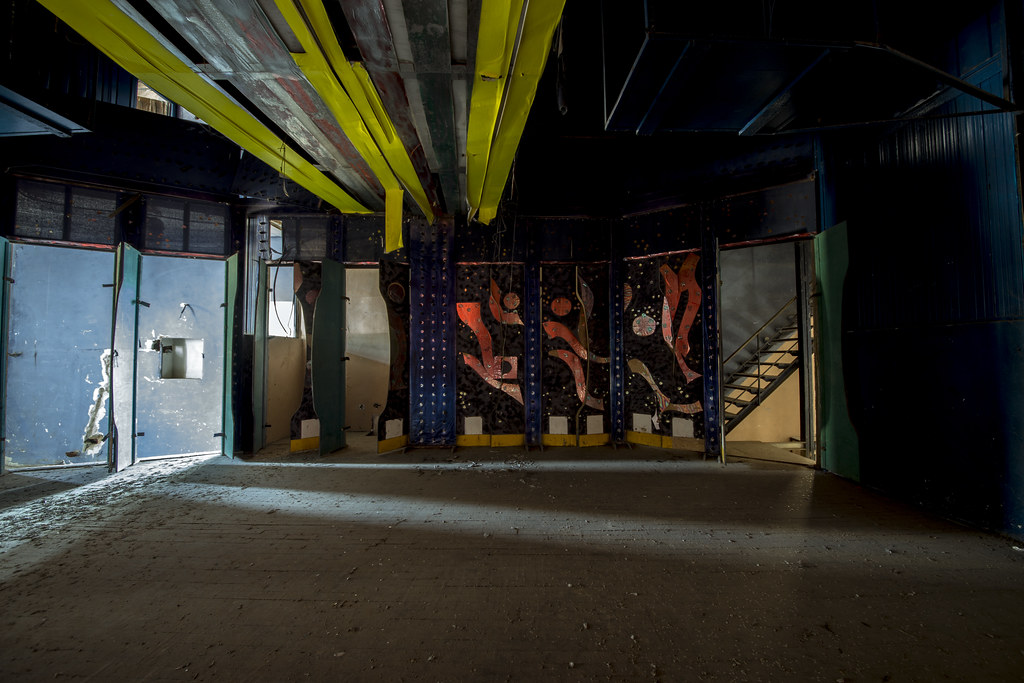 And now to round things off. 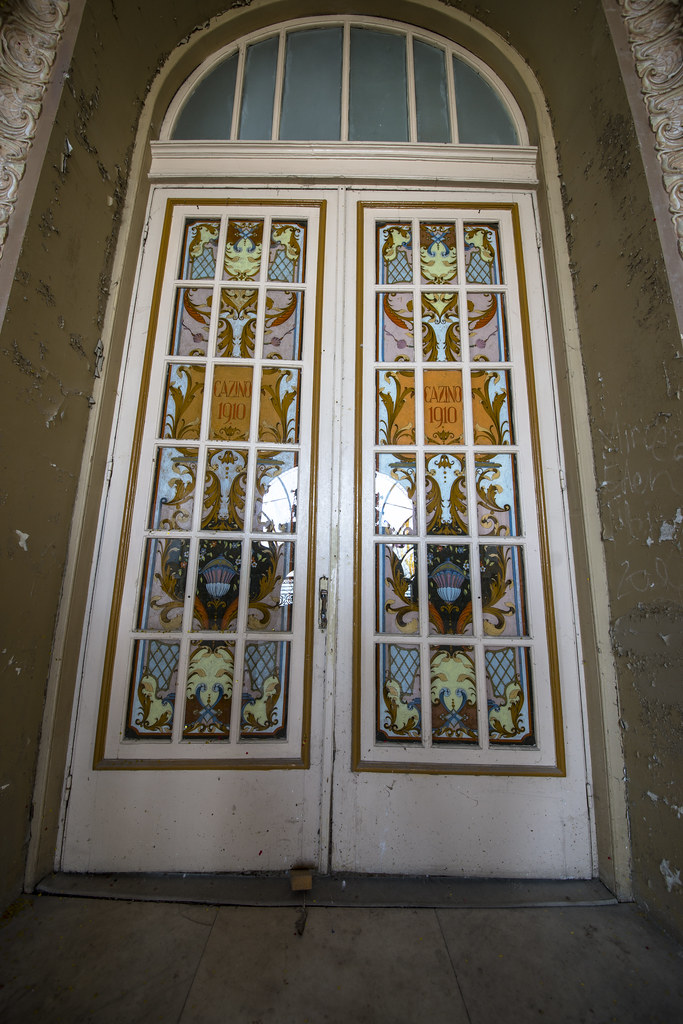 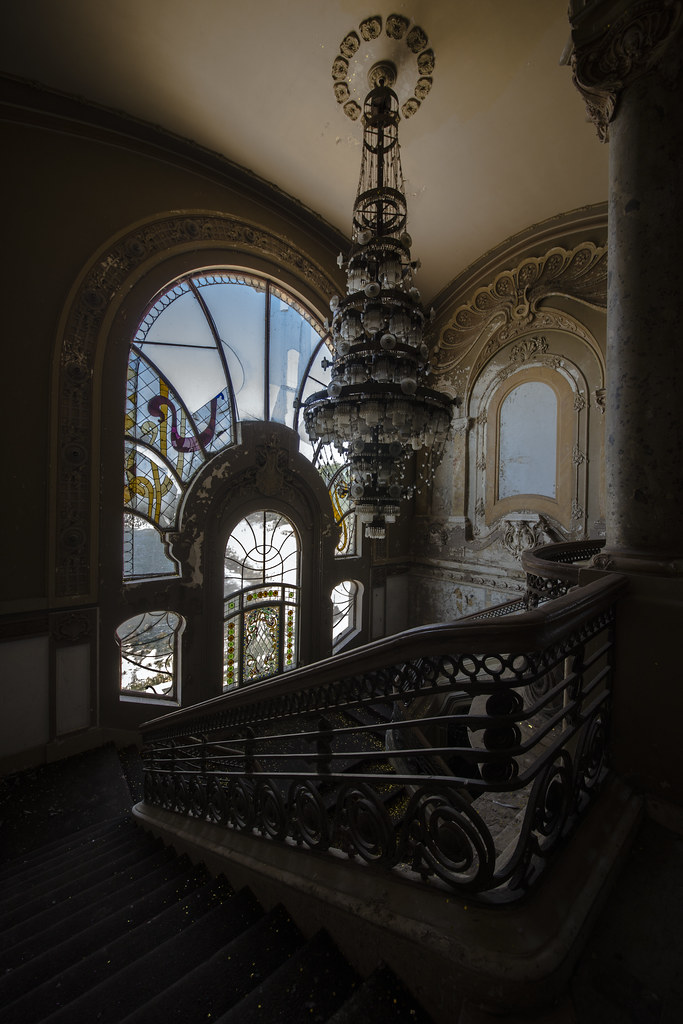 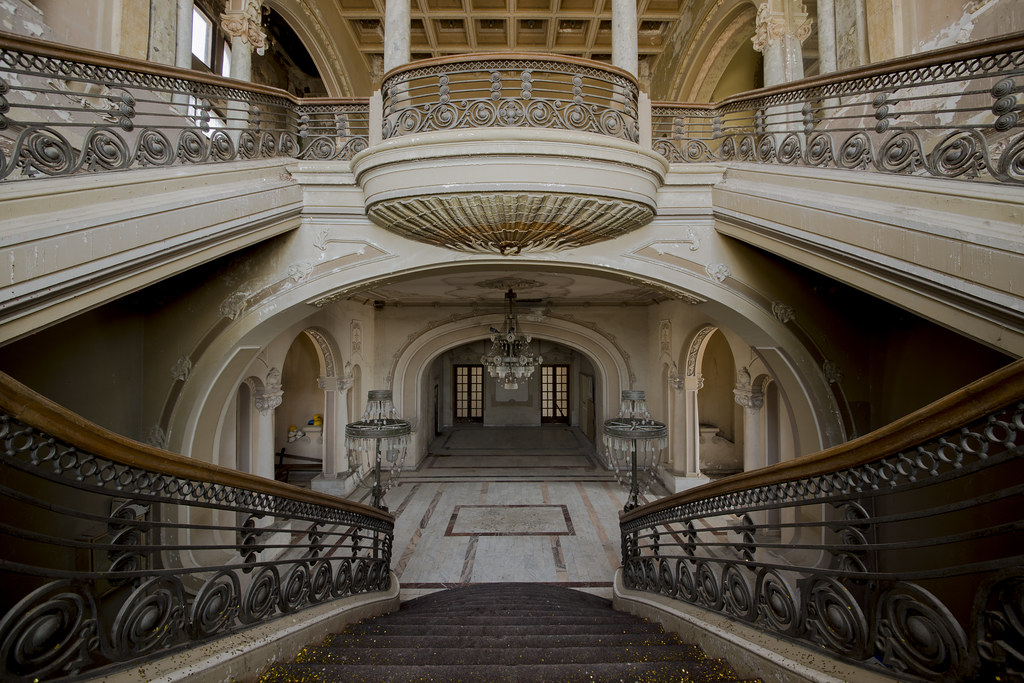 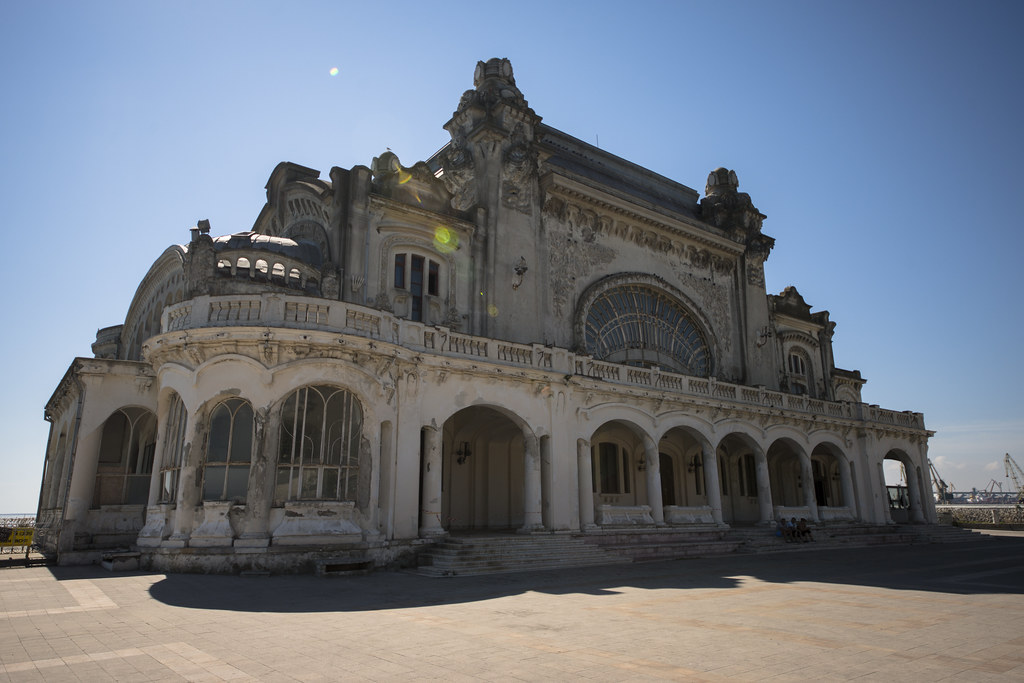 So there we have it. On a final note I just wanted to say this. Even if it's now an EU member state and tourism is increasing, Romania is still a criminally underrated destination. Explorer or not, I simply cannot recommend the country enough. Get out there and find some more gems; there are cities like Hundeoara ram jammed with derelict industry so I hear! Not only that, you've got some of the best mountain ranges in Europe and most beautiful cities you'll ever see. Get out there!

WOW what a place! Beautifully photographed as well

That's quality mate, I love that they're already 4 years past the first deadline!

Great! I also visited it this year in August,  as you can see in my report at OS. It's a really fantastic building and absolutely worth for a permission visit.