April 26, 1986. One single day, that changed the day of numerous people overnight. One day, that entered the annals of world´s history. It was the day, when reactor no. 4 of the Chernobyl nuclear power plant was destroyed after a power failure simulation gone wrong. On that day in April 1986 the nightsky exploded. The Chernobyl disaster released as much radioactive material into the environment as 400 atomic bombs would have done.

I think, a lot has already been written about that topic and the Chernobyl catastrophe. A topic that I´ve always been fascinated of for many different reasons. Years ago, I told myself, I would never ever visit the zone. Last year, I´ve changed my mind and visited Chernobyl in September. I´m glad, I did.

Around the nuclear power plant:

Kindergarten of the former village "Kopachi"

Kopachi was a former village near Chernobyl, today located within the Chernobyl exclusion zone. After the nuclear catastrophe in 1986, it was hit hard by nuclear fallout and had to be evacuated. All former houses were demolished and buried. Today, every mound of earth with a warning sign in it, marks the remains of one of the former houses. Only the kindergarten has survived time and does still exist.

"[...] we lived in Pripyat, near the reactor. I can still see the bright- crimson glow, it was like the reactor was glowing. This
wasn´t an ordinary fire, it was some kind of emanation. It was pretty. [....] We didn´t know, that death could be so beautiful."

(Nadezhda Vygovskaya (evacuee from Pripyat), excerpt from the book: Voices from Chernobyl by Svetlana Alexievich) 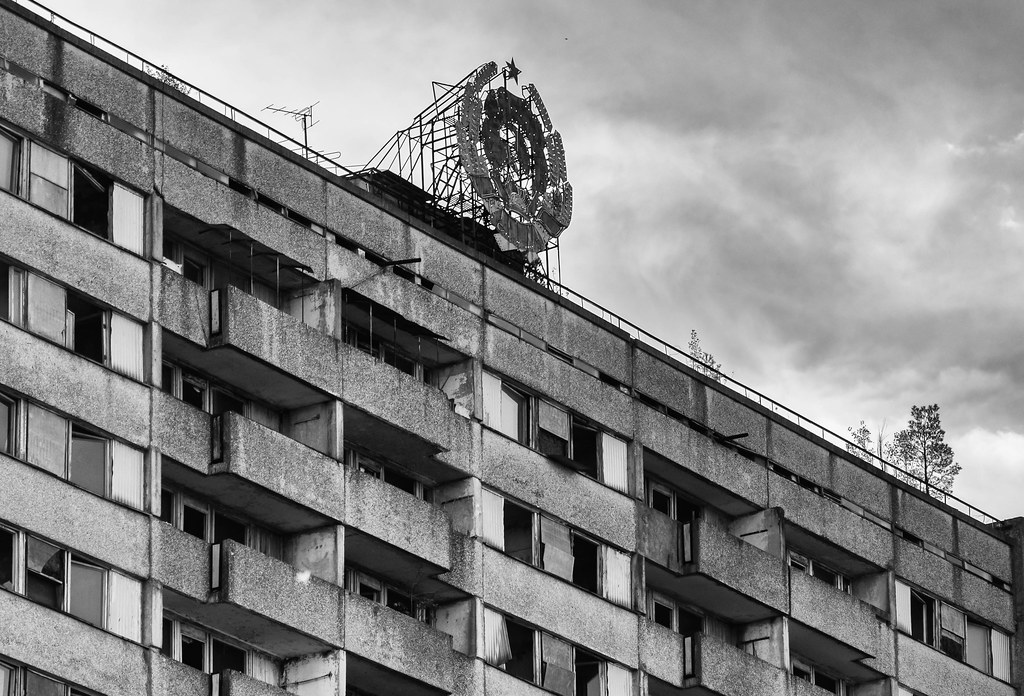 
The hospital no. 126 consisted of 410 beds and was - among three further clinics - the biggest medical center of Pripyat. Until today the basement of the hospital is not only one of the most contaminated places of the Chernobyl exclusion zone, but of the world. Still, the pitch-dark cellar, holds the suits of the six firemen that were the first to work on the wrecked reactor and afterwards were instantly brought to the city hospital. Of course they received a lethal dosis of radiation. Consequently, they died shortly after their operation of radiation sickness. Still, 30 years after the catastrophe, they are so highly cotaminated that you would receive a lethal dosis in only short time.

Café Pripyat near the same-named river:

Above the roofs of Pripyat:

There´s no better way to get a glimpse of the former size of the city than standing on a 16-storey-building, where the following captures were taken. For me, standing up there, was by far one of the most impressive experiences of my whole life. Only short time after the hard climb up the stairs, one thing really hit me in an instant: an indescribable silence I´ve never witnessed before. No cars, no air planes, no humans. Even birds are hardly singing. It´s probably hard to imagine for lots of people, at least for those living in densely populated areas. Even during a walk in the woods, one normally can hear the typical background noise of civilization. Suddenly, that noise was gone. My first thought was: dead silence. That impression is still affecting me deeply. The fact to look down on former traces of human lives only add to the unreal atmosphere. A whole city is at my feet and all I can hear is simply - nothing. I take a last look at the wrecked reactor no. 4 in the distance that soon will be disappeared underneath the new so-called New Safe Confinement (NSC). Despite the peaceful atmosphere, I still have the uneasy feeling of being a belated witness of a catastrophe which is hard to comprehend.

The DUGA-array was part of an over-the-horizon radar system (OTH) and was located near the former Chernobyl nuclear power plant. It´s highest antenna was around 150 metres high and does still exist. The range of the array was around 9,000 kilometers. During the cold war era, the radar station was of course like similar stations top secret.

Already at the end of the 1970's an interfering signal was received by short-wave radio stations. It sounded like a woodpecker that´s why it was later called "the Russian Woodpecker". It was early suspected, that those sounds might belong to a Soviet over-the-horizon radar. When reactor 4 of Chernobyl blew up, the OTH system could not be kept secret any longer. Thus, the theory was confirmed

There are also many conspiracy theories concerning the radar station. According to those theories, mind control and the possibility of influencing the weather were made possible by DUGA. 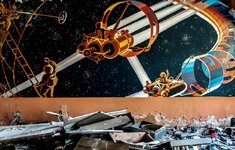 Some good pictures there

Lovely stuff right there, looks like you visited a lot of the places that we saw in the zone. Did you climb Duga? I hope so, because we were told when we were there (in August) that they are set to pull it down in November

Amazing set of photos. What camera do you shoot with?

Pinkman said:
Lovely stuff right there, looks like you visited a lot of the places that we saw in the zone. Did you climb Duga? I hope so, because we were told when we were there (in August) that they are set to pull it down in November
Click to expand...

Thank you! I climbed DUGA only partly.  :wink:  We were told the same when it comes to pulling down DUGA someday - but weren´t told an exact date.  I only know that they want to complete the New Safe Confinement in November.


The_Raw said:
Amazing set of photos. What camera do you shoot with?
Click to expand...

Thanks a lot! I´m still using my good old Nikon D90.  But I think, I´ll replace it soon.

Do you mind me asking who you went with as a guide please, looking to head out in February but will be on my own and SoloEast seem to get good feedback for none groups?

Do you mind me asking who you went with as a guide please, looking to head out in February but will be on my own and SoloEast seem to get good feedback for none groups?
Click to expand...

We went with a private guide (I could write you more about it in private). My second choice would have been chernobylwel.com, as they´ve been recommended to me several times. But as far as I´ve heard, SoloEast might be a good deciscion as well. But I have no personal experience of course.