Where do I start!

Had an awesome action packed beer drenched week-long trip in the zone. I took 1400 photos, and saw some amazing sites in Pripyat.

I’m going to start with Chernobyl Nuclear power plant, as it is a once in a lifetime site. It is my first nuclear power plant (!) and although originally sceptical about radiation levels, the dose I received in my 3 hour visit should be acceptable. Our tour guide had worked at the plant for 26 years!

There was, understandably, a vast amount of security and ID checks to enter the plant. Although the station is long decommissioned, there is still plenty of activity around here, and will be for the foreseeable future. We had a comprehensive briefing on the disaster before entry, then some security and were led to the new sarcophagus construction yard. Some more security &amp; lengthy ID checks, dressed up in all lab coats, foot covers &amp; hat, more security, then inside the nuclear power plant. An exceptionally long corridor linked the 4 reactors. Control rooms for each nuclear reactor on the left, and turbine halls on the right. Nuclear Reactor 2 control room was a real highlight. I have never seen so many buttons &amp; dials. Radiation was surprisingly low here. Then on to the wall beside the reactor 4, which had the accident. The giger counter went bonkers. Moving swiftly on to Nuclear reactor 3 turbine hall, which was very impressive. Finally more security, and radiation checks, and the monument outside. An outstanding visit.

I’ve got loads of photos of Pripyat, and the partially built reactor cooling tower for reactor 5, which was never finishsed. All to follow.

The history is well documented on the net. In summary:

The Chernobyl disaster happened on 26 April 1986, in Ukraine, former USSR.

An explosion &amp; fire released large quanties of radioactive particles into the atmosphere over current day Ukraine &amp; Belarus. It was the worst nuclear disaster in history. It is one of only two level 7 events (the other being Fukushima in 2011. To contain the contamination cost a lot money and a lot of lives. The other 3 nuclear reactors were restarted the same year, and were not decommissioned for some years later.

monument to the disaster

the new sarcophagus to cover reactor 4

the new sarcophagus to cover reactor 4

Monument next to reactor 4, that exploded 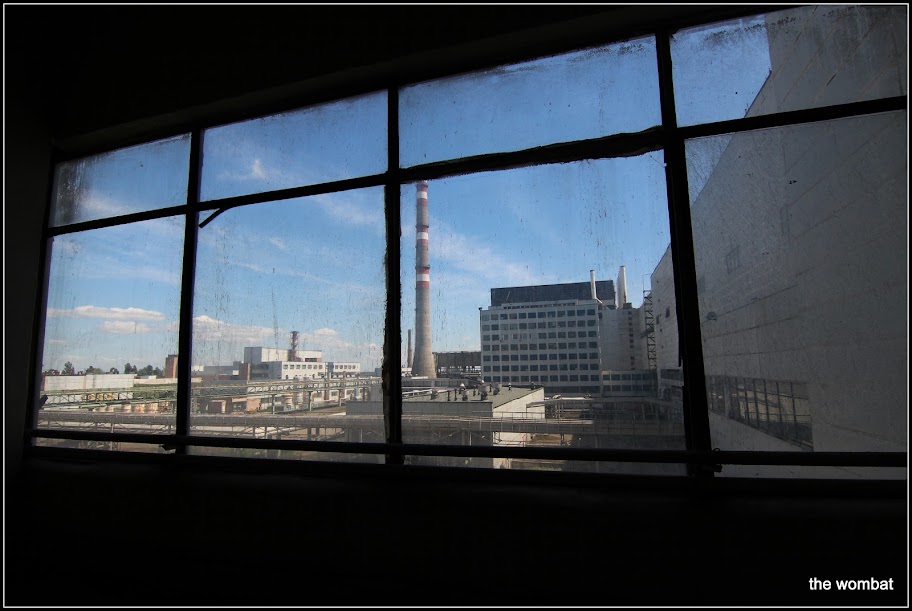 this is a model of reactor 4, which exploded

and this diagram explains (best in the pictures!) how the new sarcophagus will be moved into position

Really comprehensive report, looks like you covered it well. I am really liking the tile work on the floor to that corridor which links the reactors.

The floor of the control roomis pretty funky too.

Some bits i haven't seen before from here

I have my opinions about Chernobyl and it's place in "Urban Exploring", being always by permission, but i do like seeing pictures from the place and would love to have a look myself sometime

As its a permission visit, it does make it a different type of exploring, in that you can almost take your time to get that correct shot, and not looking over your shoulder all the time.

But, when it comes to Pripyat, the derelict town nearby, this place is back to normal, and still loaded with dangers - questionable structures, dodgy floors, broken glass, enviromental hazards, and then theres the radiation, albiet rarely a problem.

I cannot reccomend this place enough, it has to be done!

Wow thats a cool place! Wicked shots too  need to make the effort to go over there at some point!

nice set mate, I done the same tour in May aswell, fascinating to see the control rooms

Very interesting to see some pics from the powerplant inside, not only from the abandoned Prypiat town.