Visited as the second site on mine and @Mooksters first Northern Road Trip of the year.  We had failed several sites that day, and the day was coming to a rather murky and rainy end; but before we plumbed the hotel in for the night; we went to this short, sweet and rather destroyed church; the lone survivor of its time, sitting on its lonesome behind a Costa Coffee Drive Through and opposite a Travelodge Hotel.

As we did a quick shoot of the inside; we could hear afternoon shoppers stopping by for their takeout coffee and cake fix making their orders over the drive through intercom.  We even enjoyed a couple of cold drinks inside the shop after we came out of the church right next door!

The building was put to tender in March 1869 with the stone-laying ceremony taking place on 21st July.

The church, provided 550 sittings at a cost of £4,167 and was built of stone from the local Crosland Hill quarries.  Initially the Clerk of Works was Mr Jonathan Parsons;subsequently succeeded by Mr Phillips. Consecration took place on 10th August 1880. 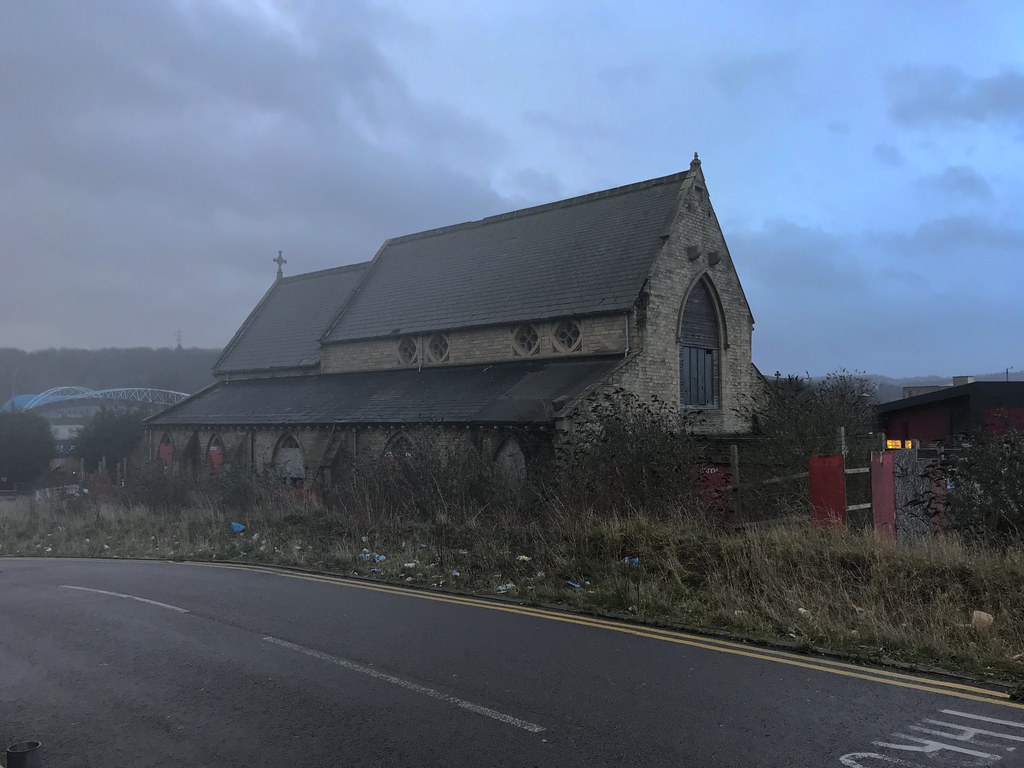 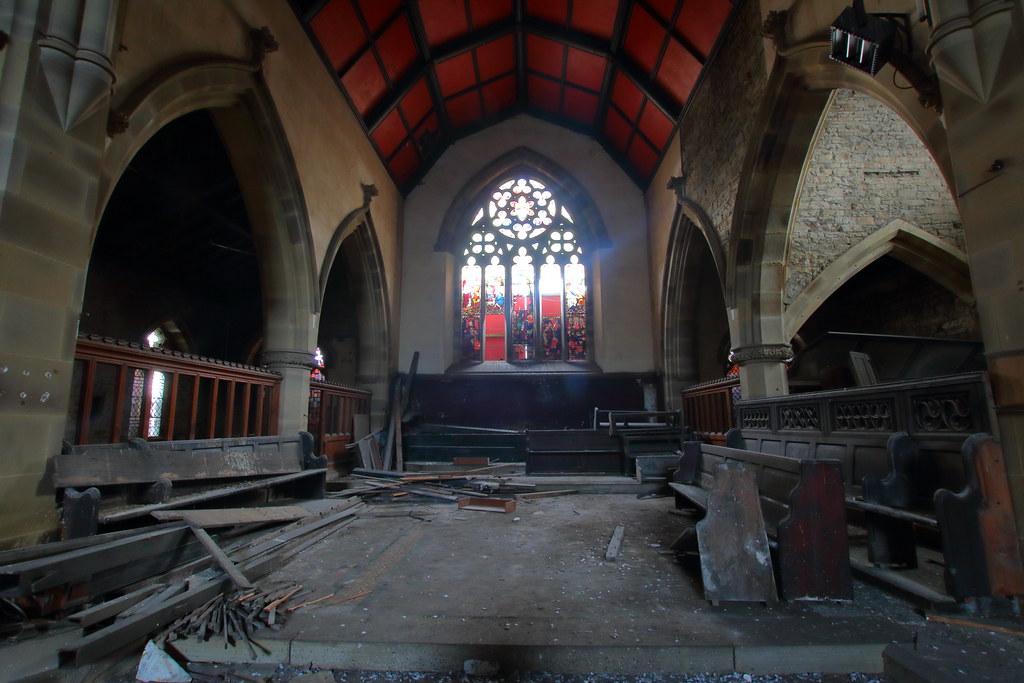 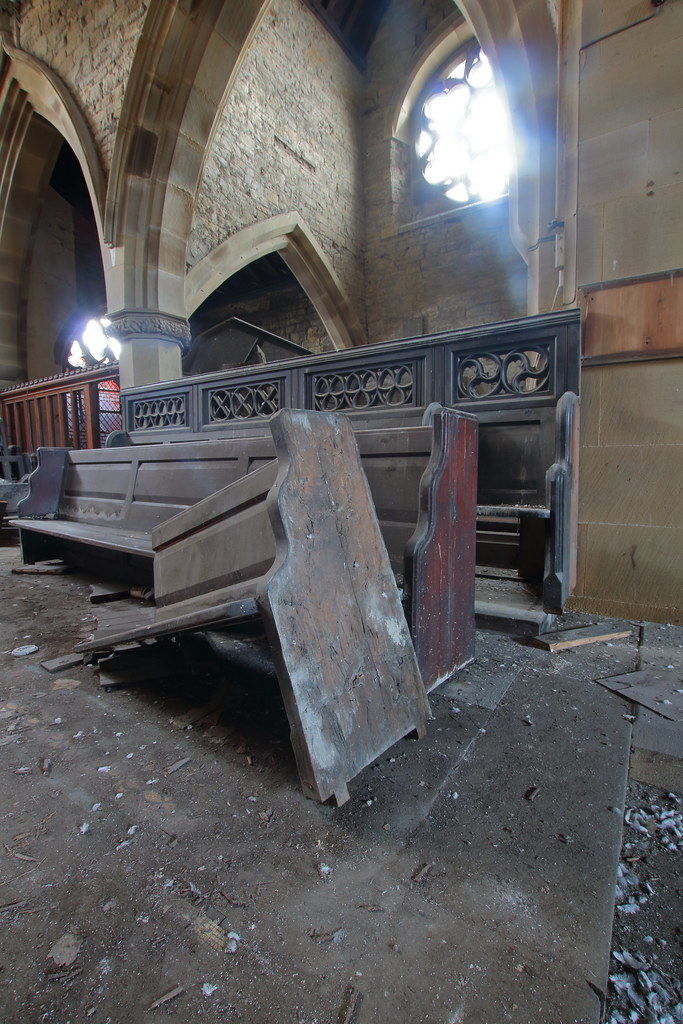 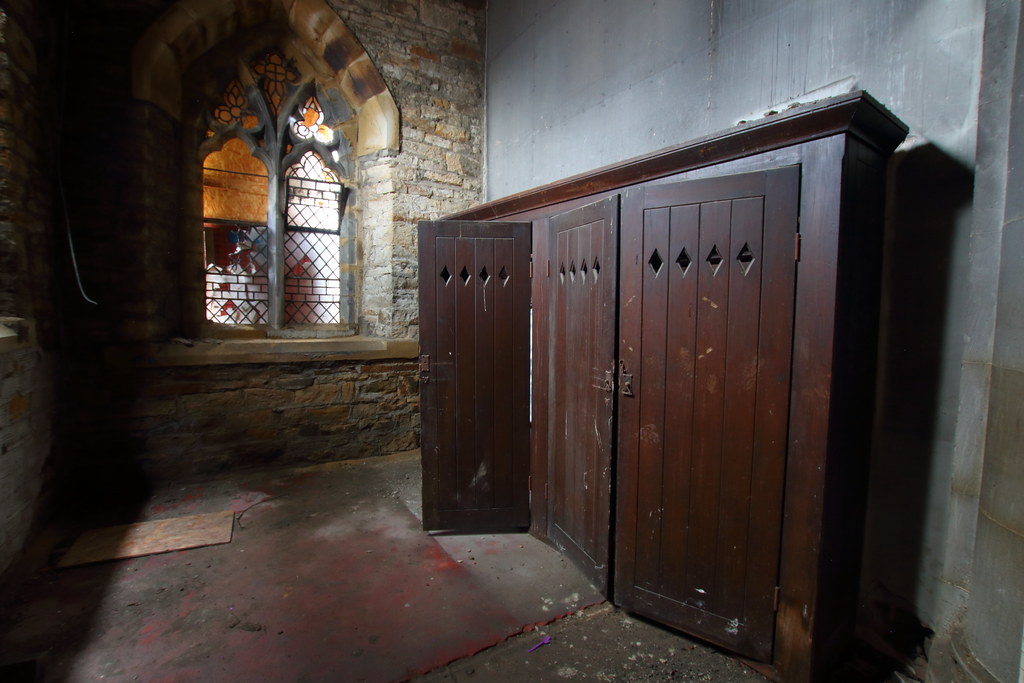 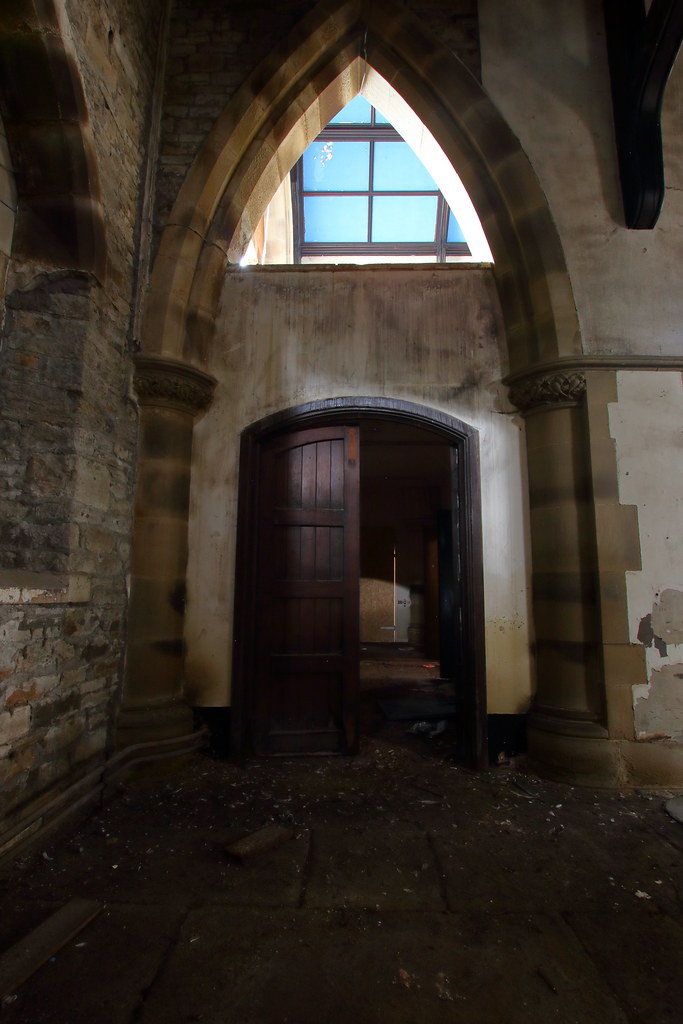 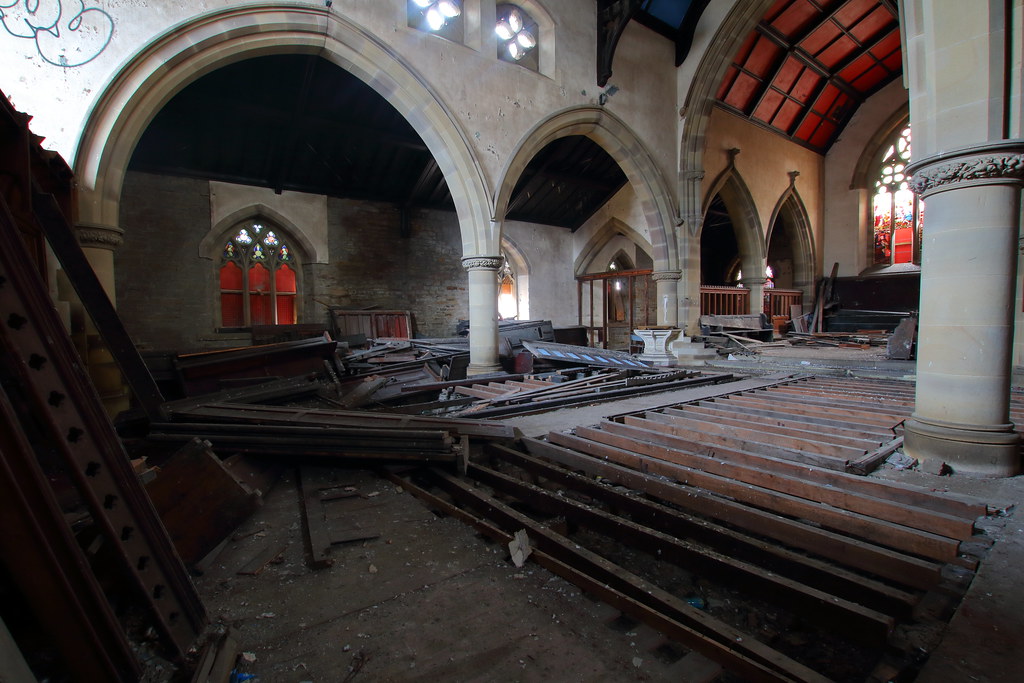 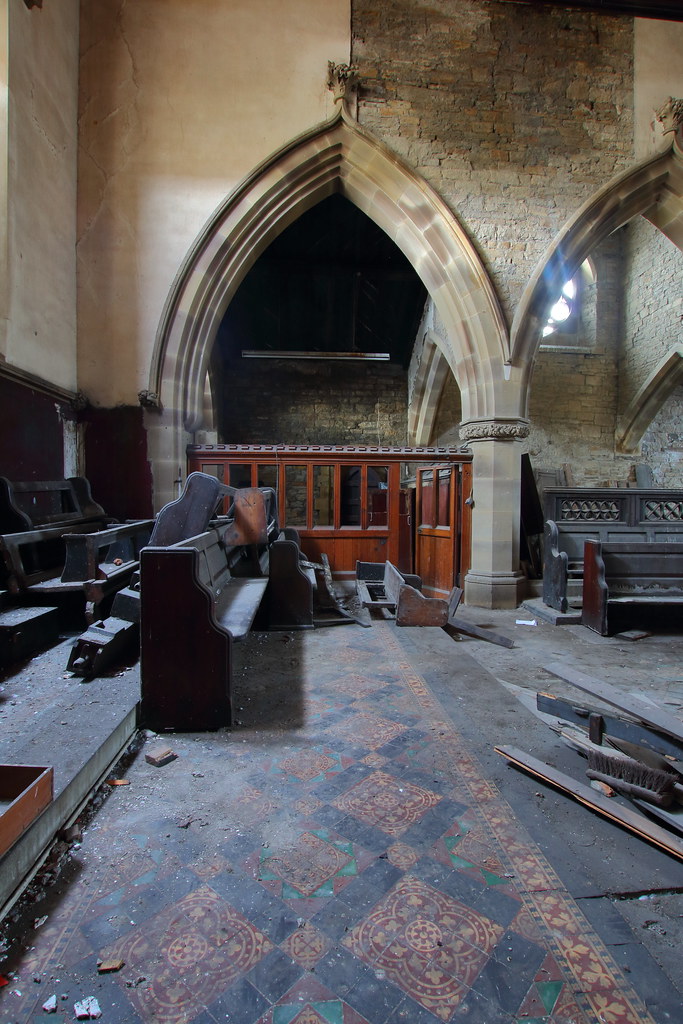 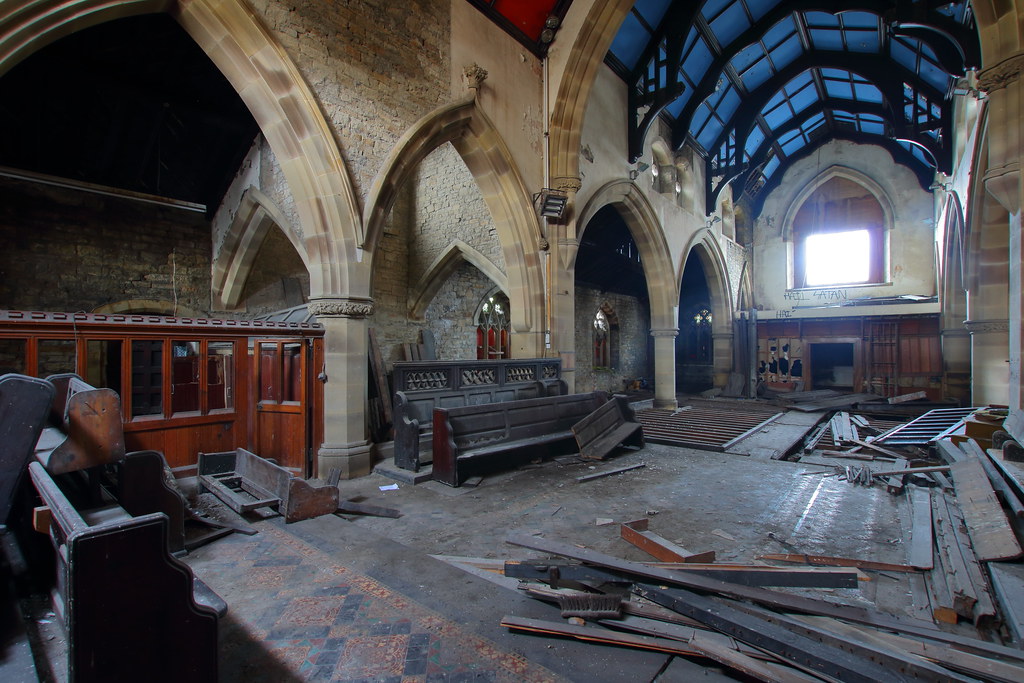 That looks huge from the outside, I like the tiling on the floor

Not too shabby mate.

There's something I quite like about being in a derp and observing people going about their ordinary business just outside!

jones-y-gog said:
Not too shabby mate.

There's something I quite like about being in a derp and observing people going about their ordinary business just outside!
Click to expand...

I’ve always found that amusing. No idea you’re in the derp lol.

I quite like that mate. Some nice features in there even if it's a bit knackered

I especially like the floor tiles and the colored ceilings.

It was a nice; atmospheric place. But it is going downhill id say

Always fun to be lauging at the general public from inside, looks alright this, not a bad place to end a day of fails