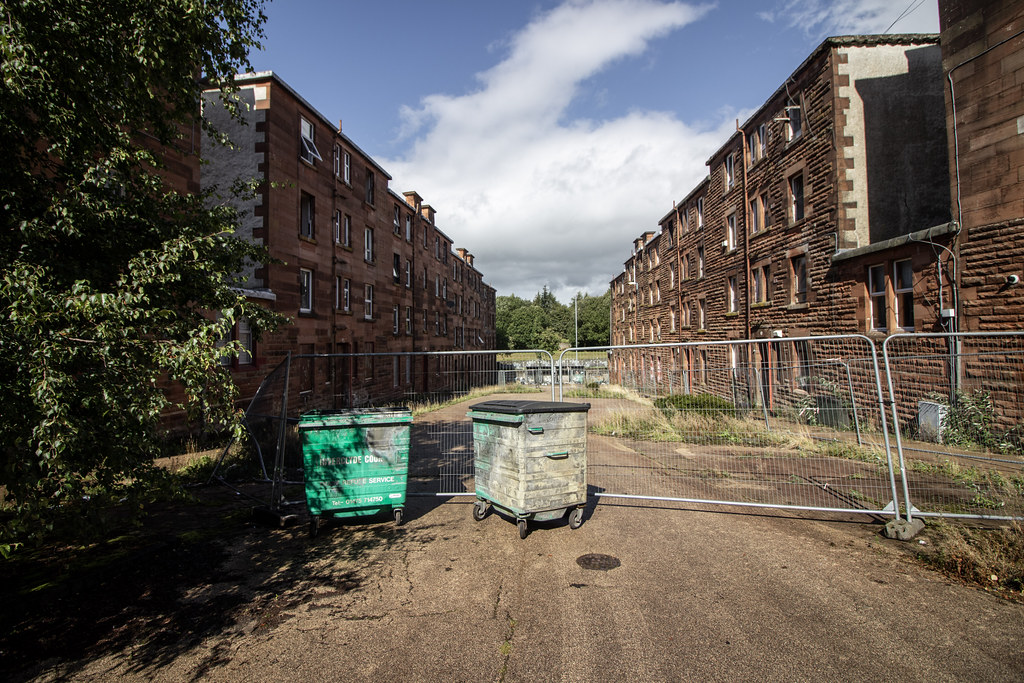 Clune Park was a thriving community in the late 19th century and early 20th century when shipyard workers needed accommodating for during a busy era in the business. A primary school was built in 1887 to teach the worker's children. The church beside it was built in 1905 in a Gothic style. The Clune Park area consisted of 430 flats in 45 four storey tenement buildings. The majority of the flats were small, with 69 bedsits, 310 one bedroom flats and 51 two-bedroom flats. As a result the area had one of the highest densities of housing in Inverclyde. Over the years, the decline in shipbuilding caused many to leave the area. With the apartment population falling, the church closed in 1997 with the school following suite in 2008, also due to a modern replacement opening nearby.

The Clune Park estate has the highest rate of below tolerable standard housing and the highest void rates of any neighbourhood area in Inverclyde. There are no resident owners within the estate and the occupancy rate across the estate is less than 10%, with a number of buildings being wholly unoccupied. Below 20 people still inhabit the flats, whilst most remain abandoned as well as the school and church, vandalised by local youths or stripped down by copper thieves. In some cases, squatters have taken refuge in the spaces, so the council are scrambling trying to regularly maintain their sealing.

Somehow, we had discovered the school and church prior to realising practically everything else was derelict, too. In 2020, the site gained more and more attention gradually, with photos of the internals of the school surfacing online, showing grand, dated architecture. We managed to work out the location the images were coming from and were excited to see that they belonged to the small, vacant school we had pinned a year or so earlier. Thankfully, we managed to visit the estate before all hell broke loose. It was probably the most popular Scottish place last year with all the regulars visiting, dubbing it 'Scotland's Chernobyl.'

Anyway, here are the photographs from our visit. We spoke to a very nice woman who is one of the few still living in one of the apartments, who told us about her experiences and the history of the town. Workers were also sealing the block we were inside, so we had a nice chat with them, warning us of the dangers of the landlords and homeless if they catch you inside. It definitely was a rough area, to say the least. 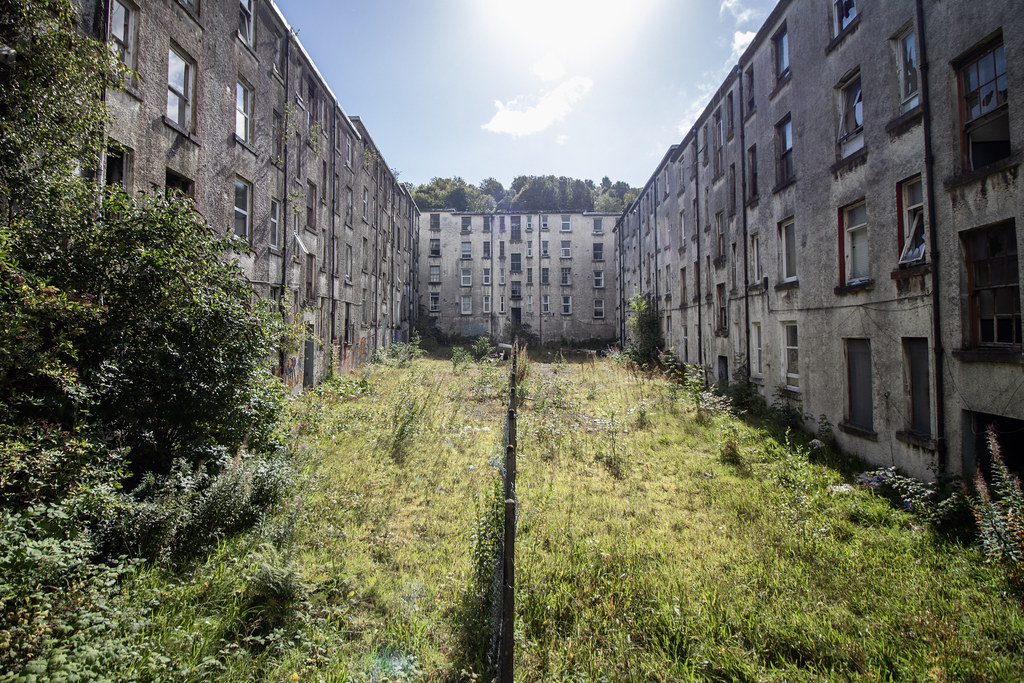 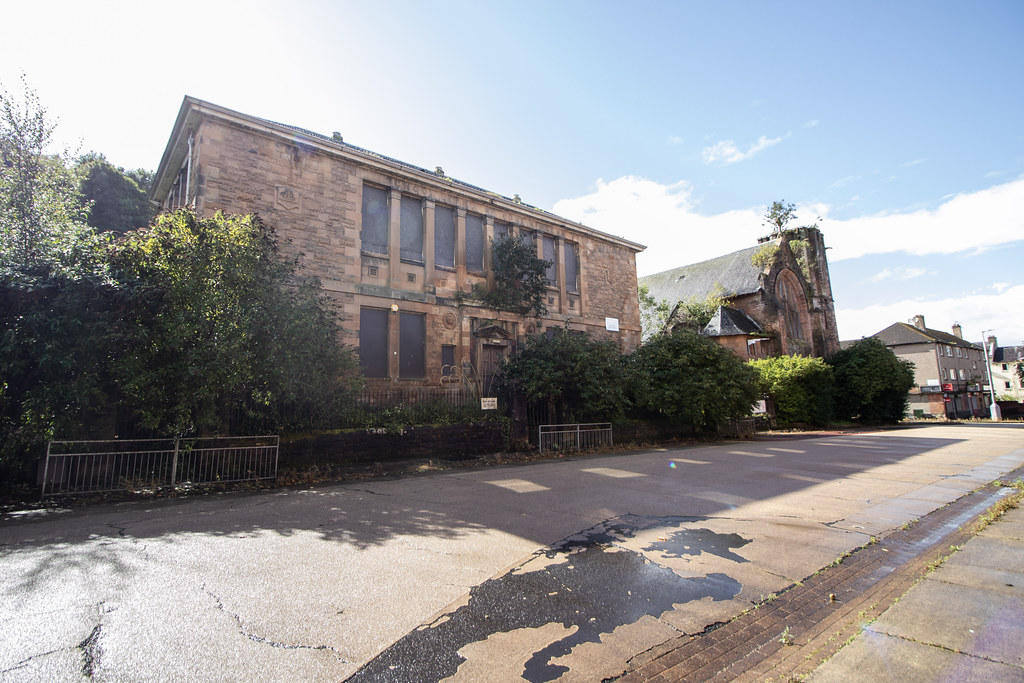 The school and church, facing the empty rows of apartments. 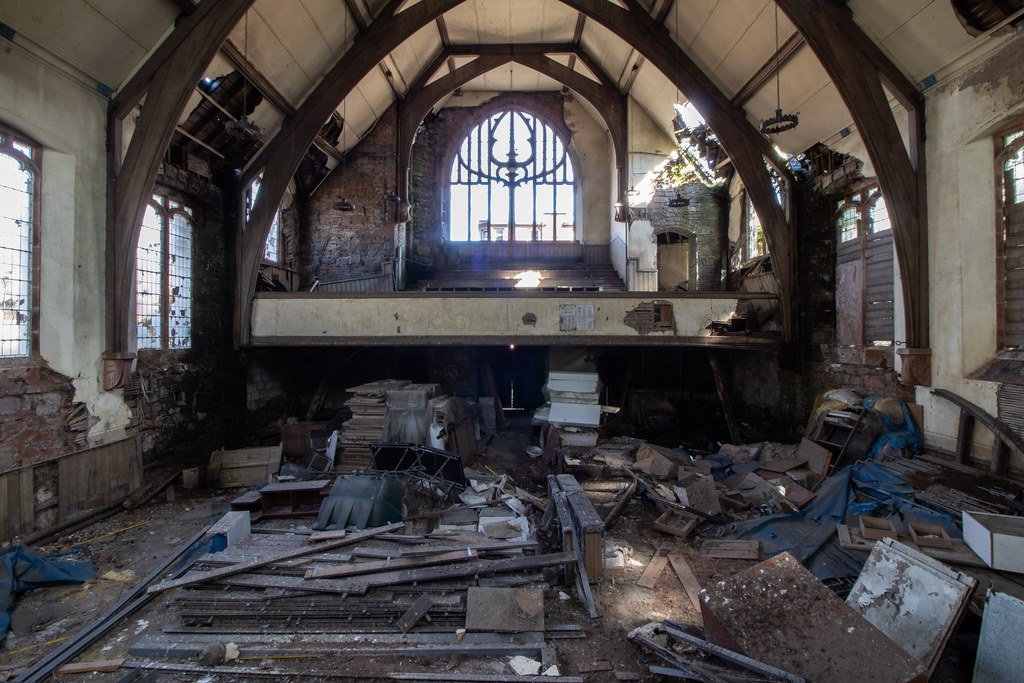 Inside the church. Filled with construction materials and rubble. 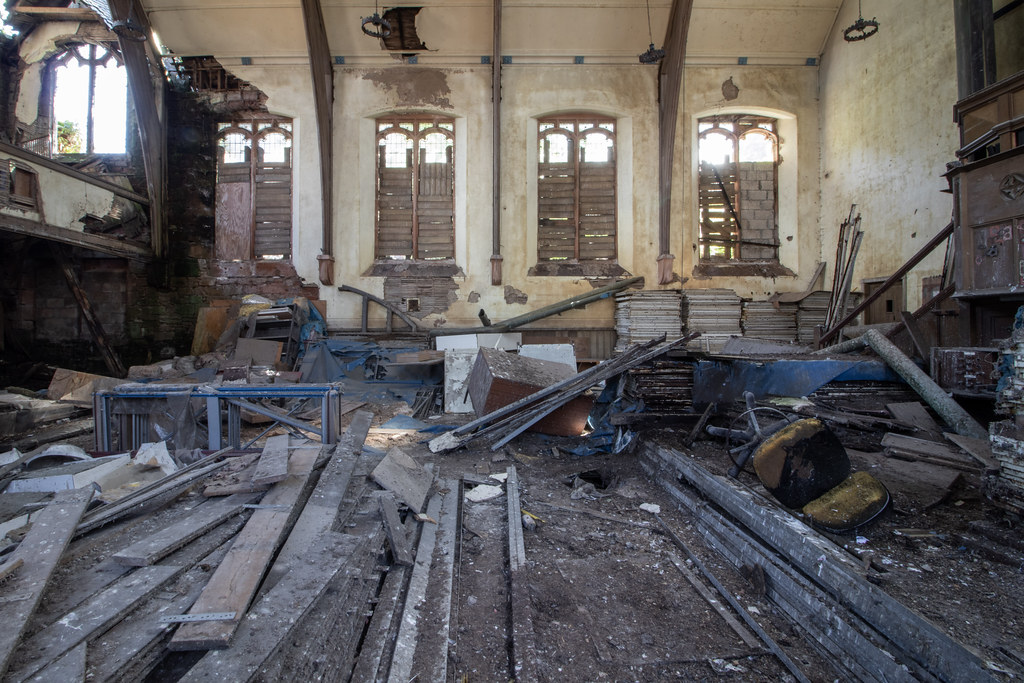 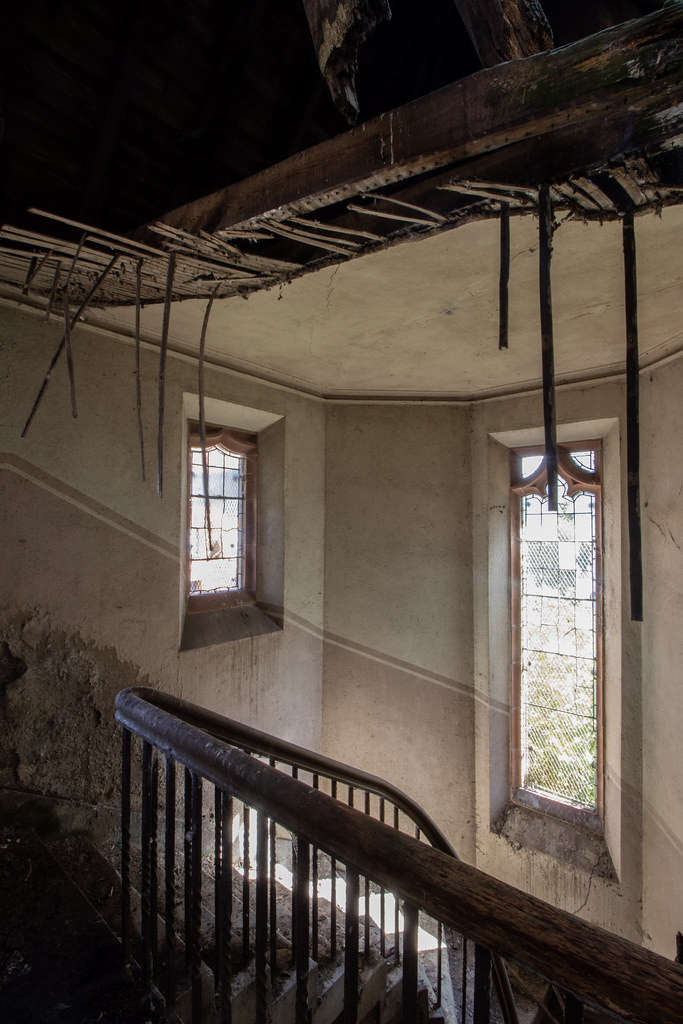 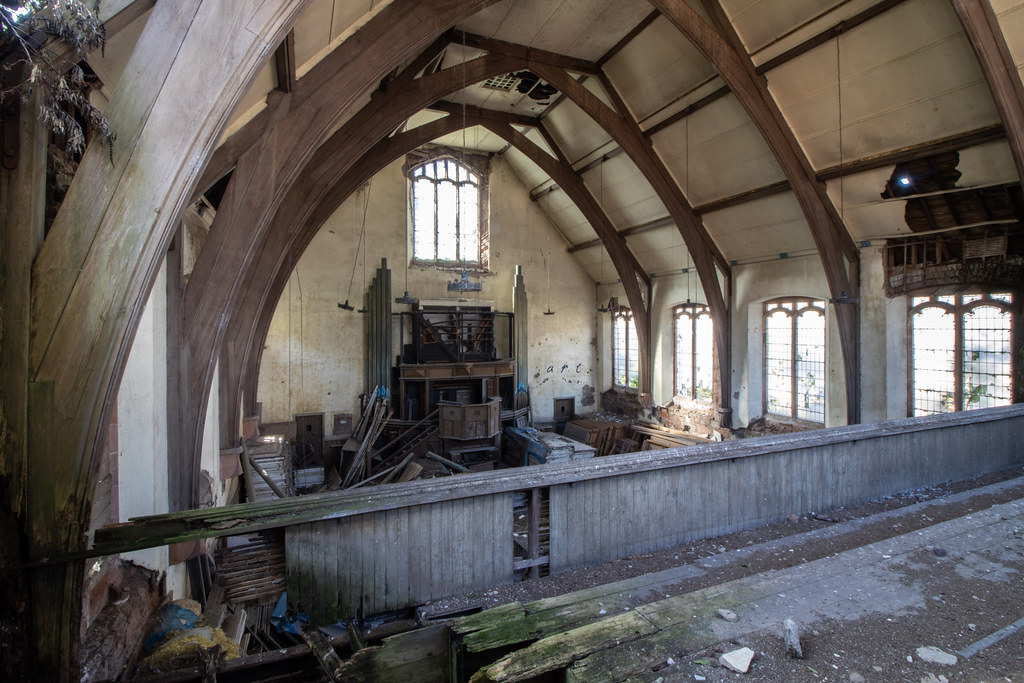 From the balcony of the church - it was a bit too unsafe to walk on. 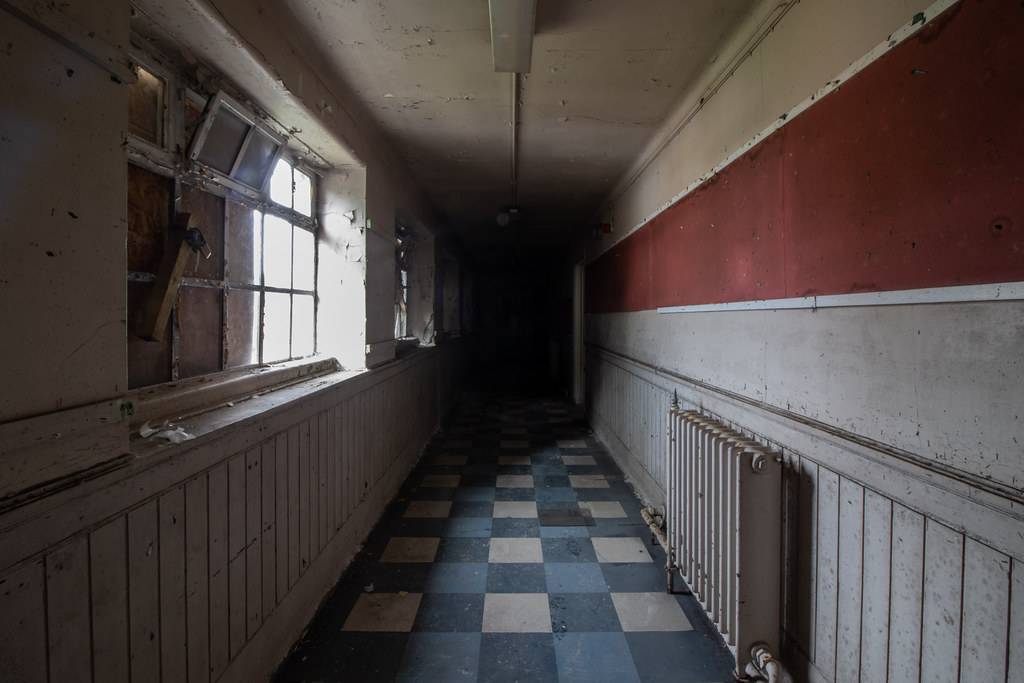 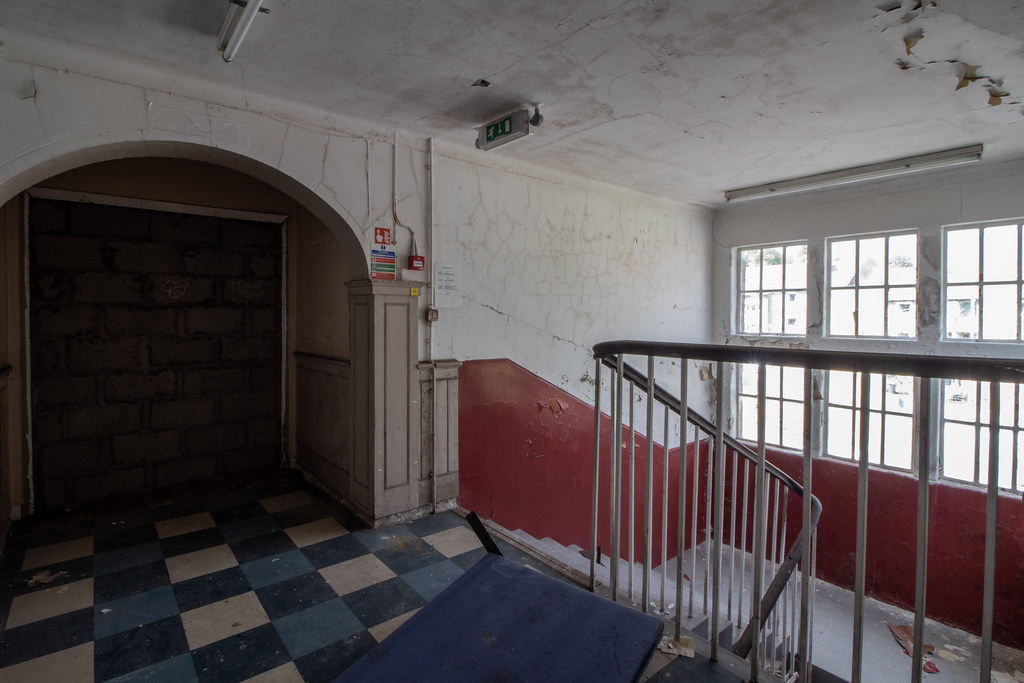 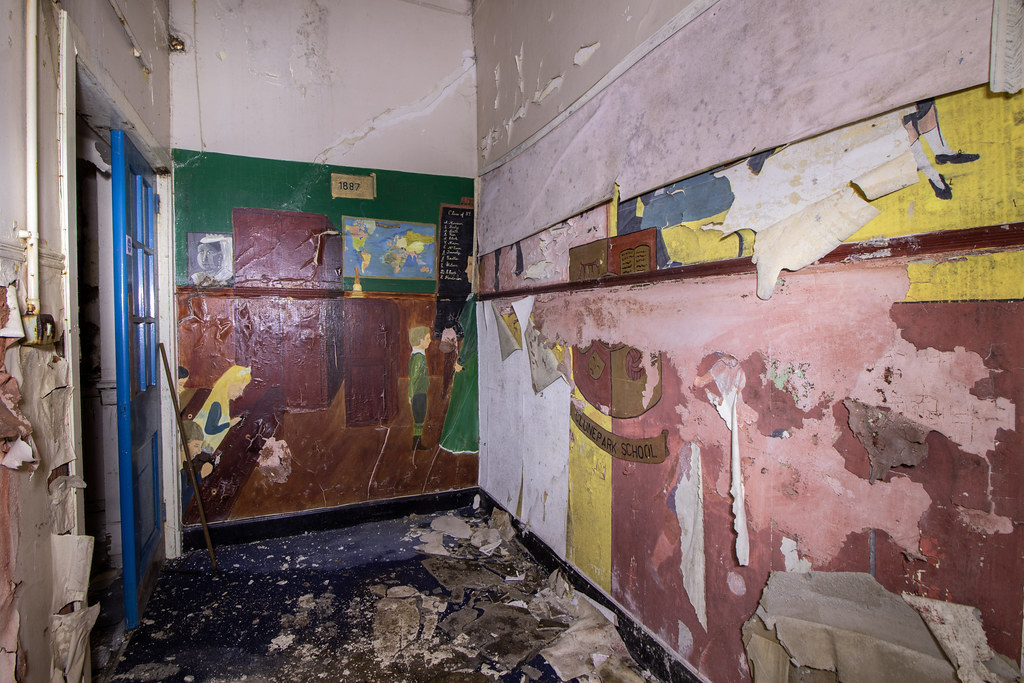 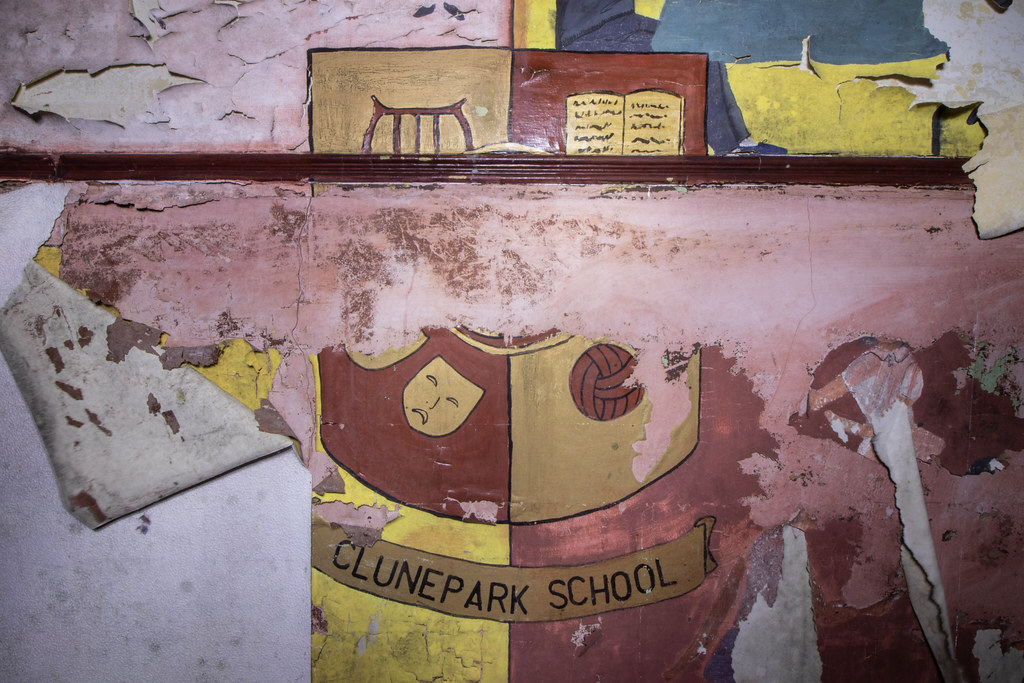 The school's crest and a nice mural. 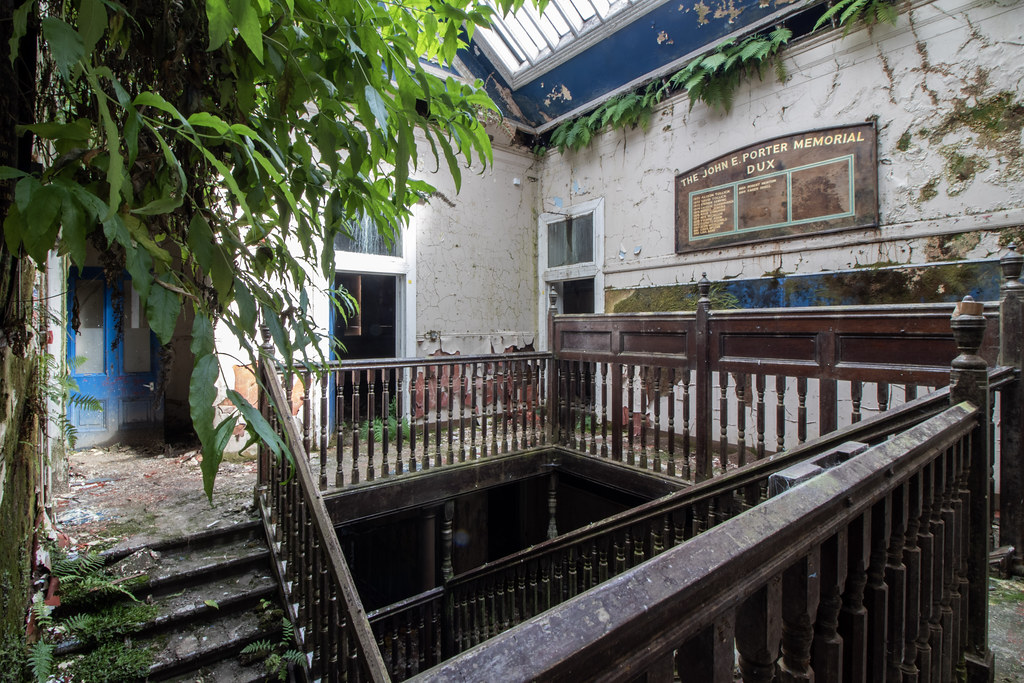 The central atrium, similar to the skylights of the Glasgow School Board we visited on the same trip. However, Clune Park Primary School was not registered on the board, just built during the same time the rest were being constructed in the city. 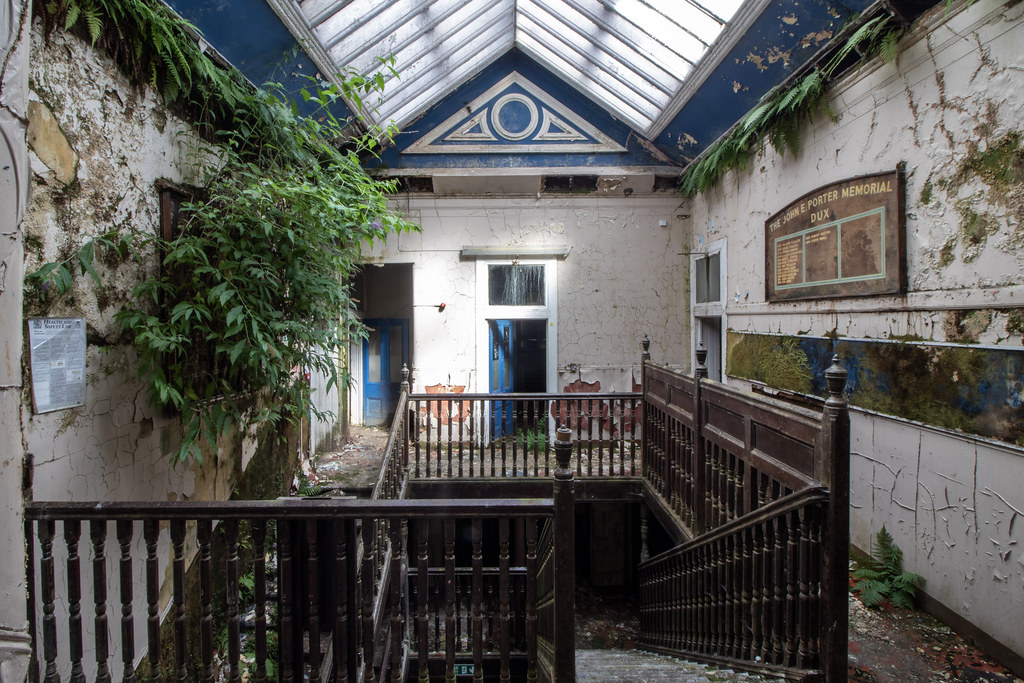 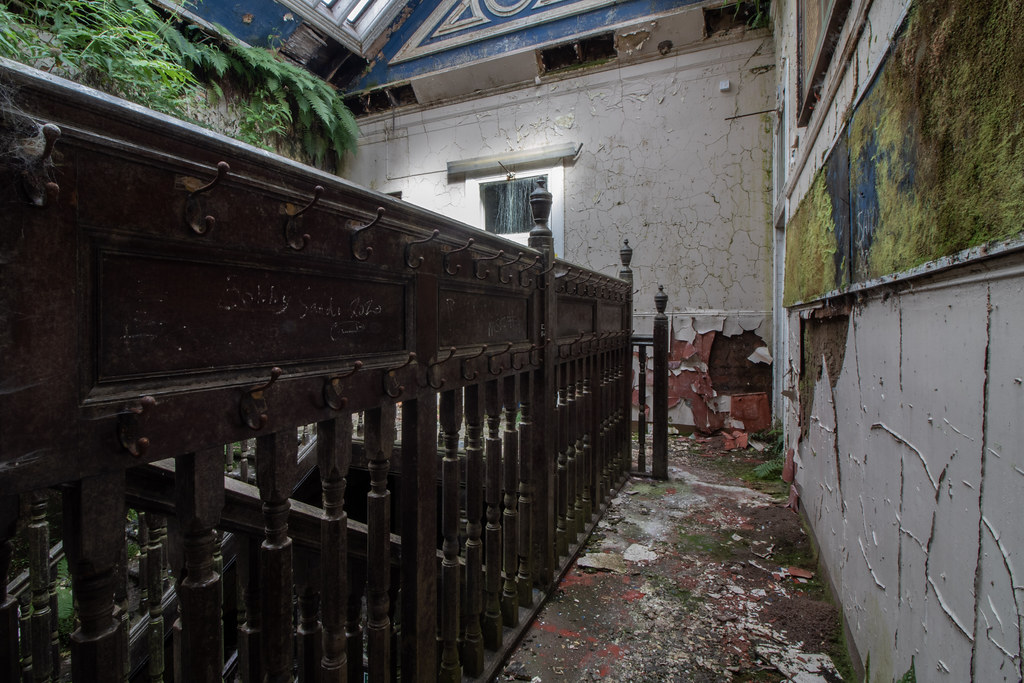 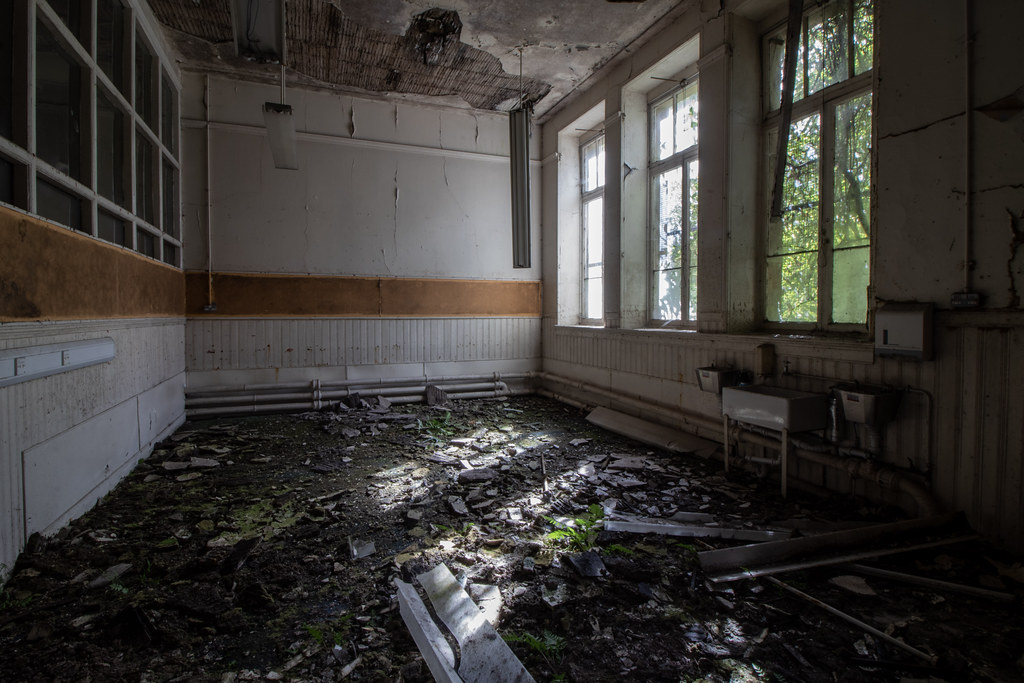 Some of the classrooms. 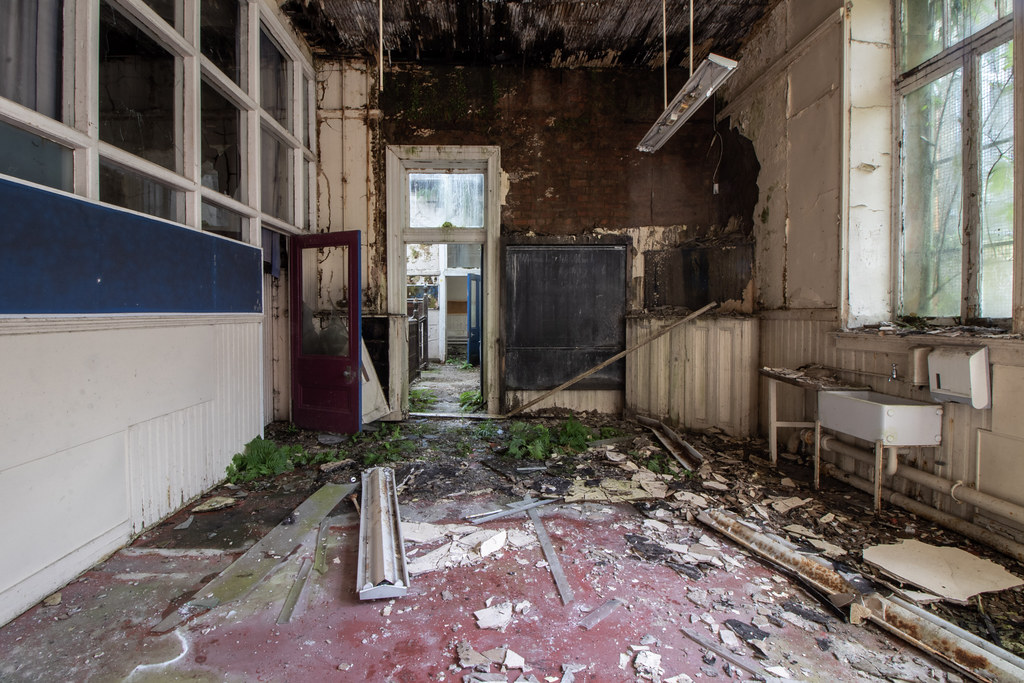 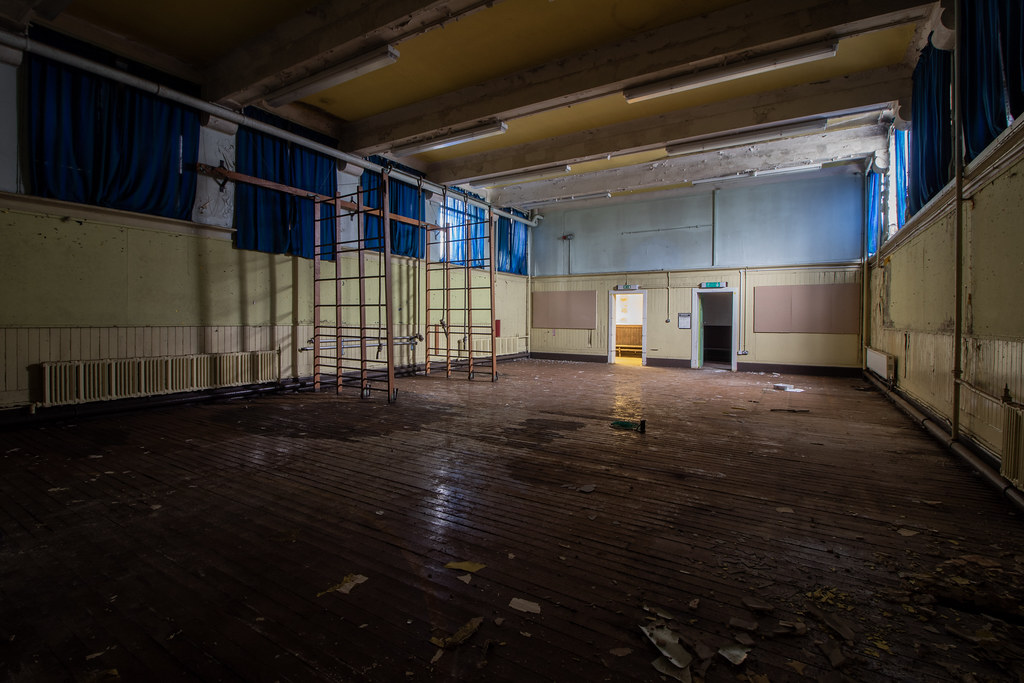 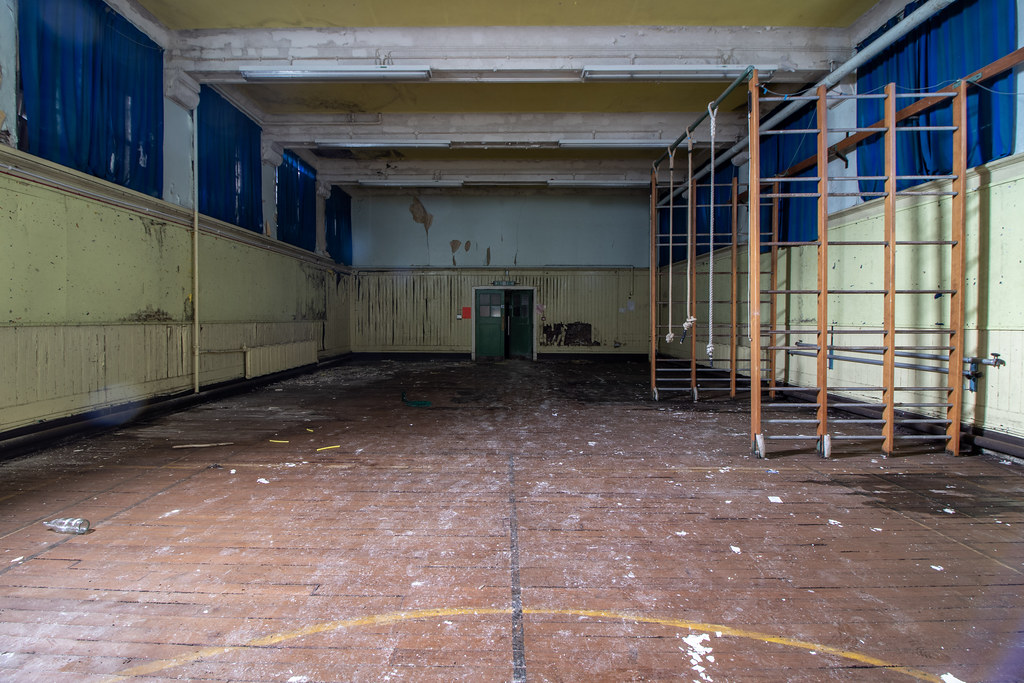 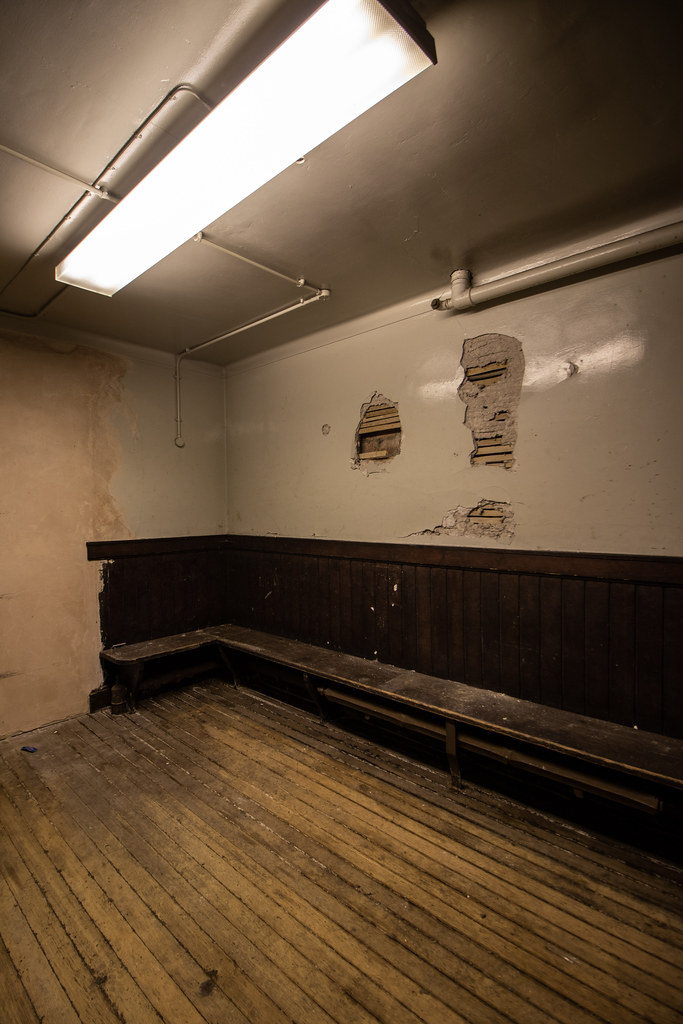 Power on in the changing rooms, somehow. 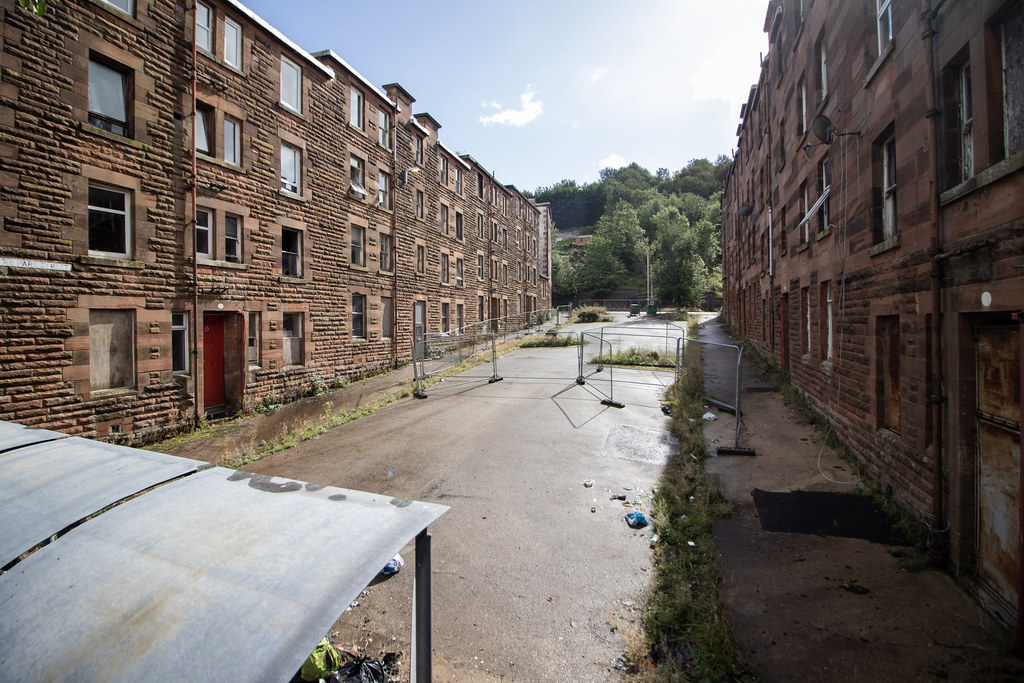 After looking at the more interesting buildings onsite, we finally wandered into a few of the open blocks. Inside, photogenically, it was very standard but interesting, having never seen anything like this before. The rooms were mostly stripped but some contained furniture and costly items. It was a very strange experience, but the unnerving nature and stories we'd heard regarding people meeting angry homeless inside led us not too stay long. 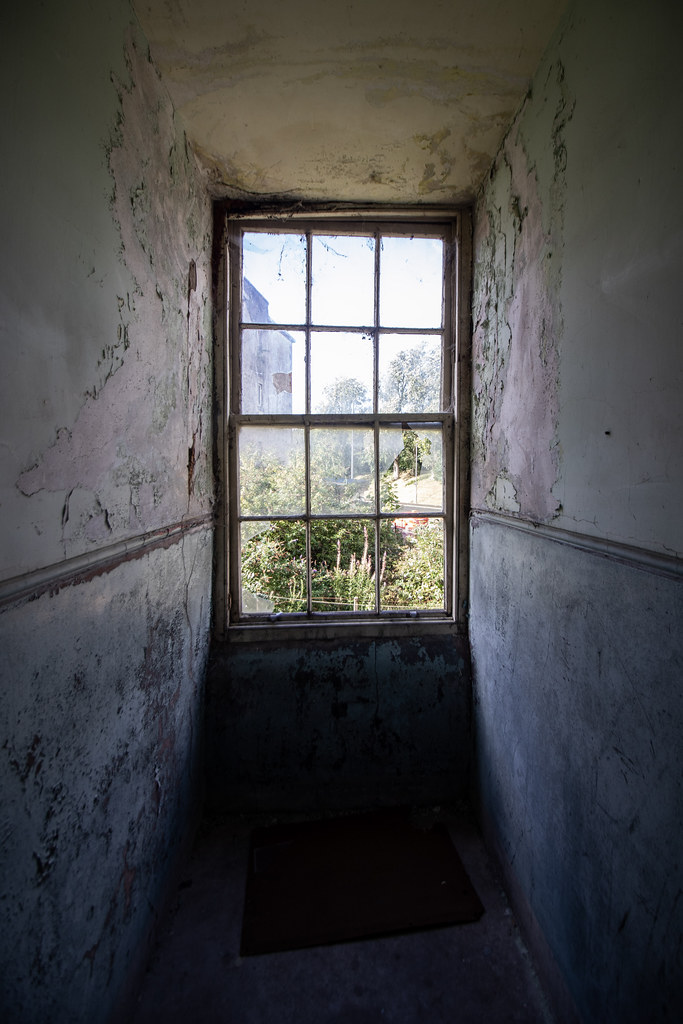 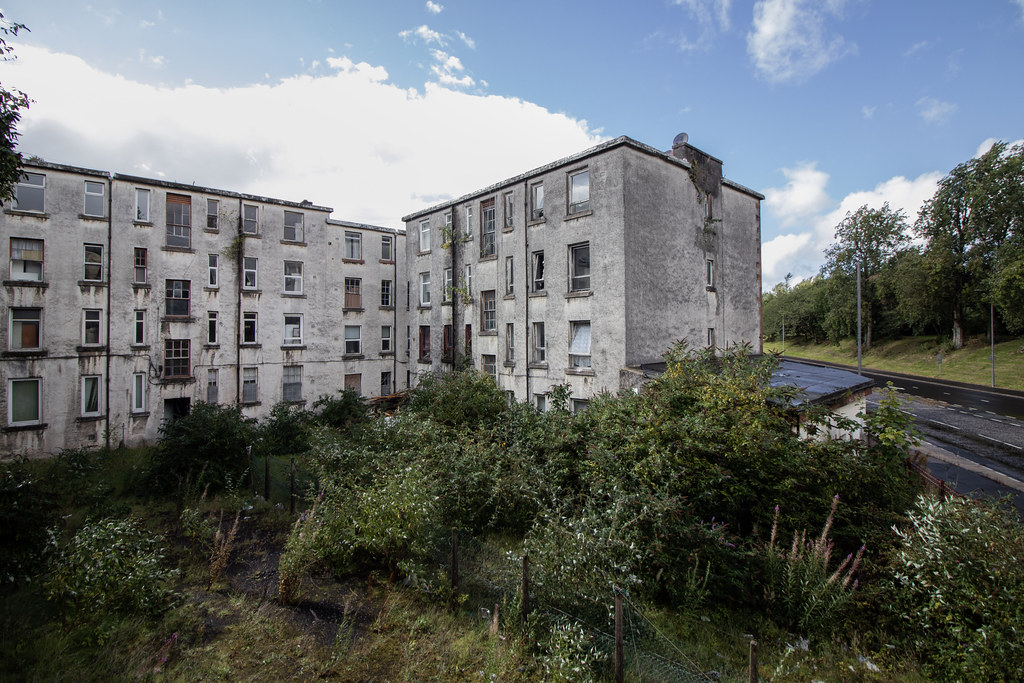 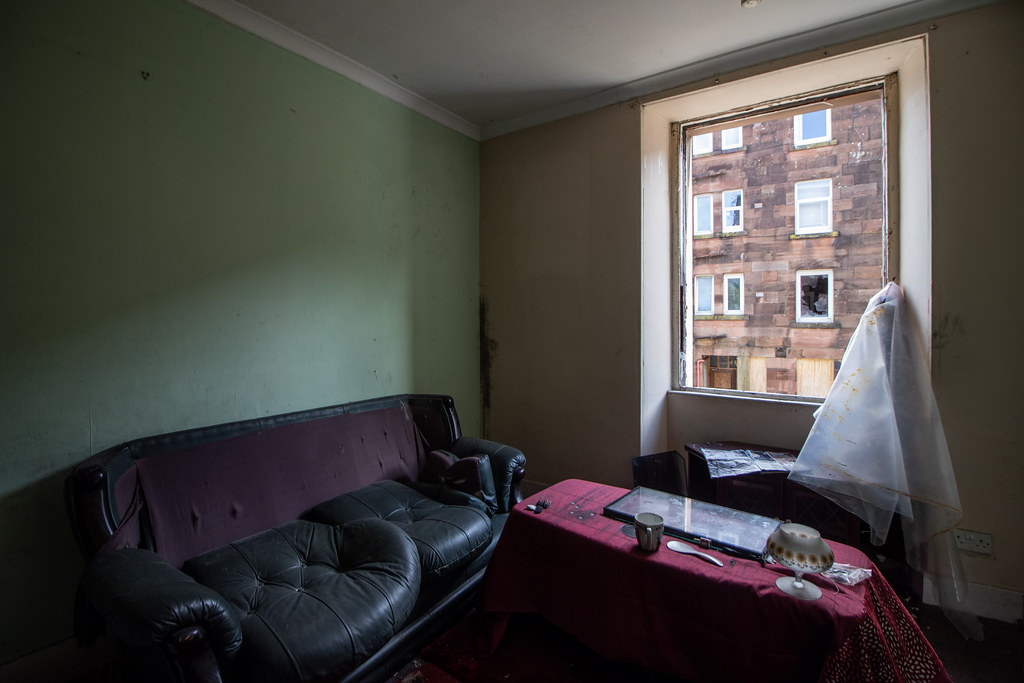 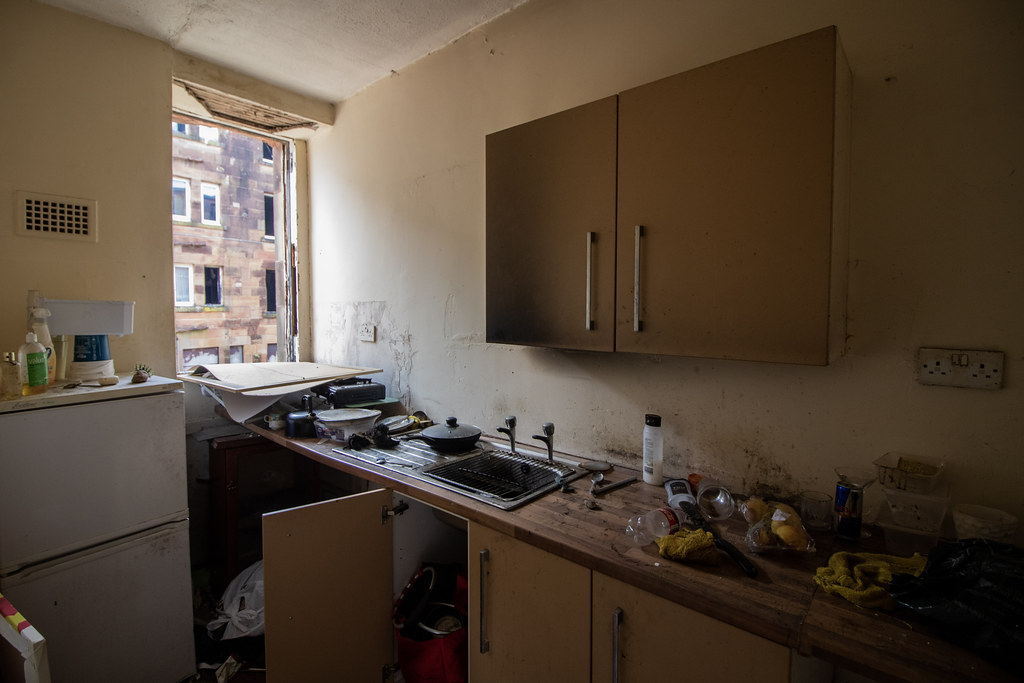 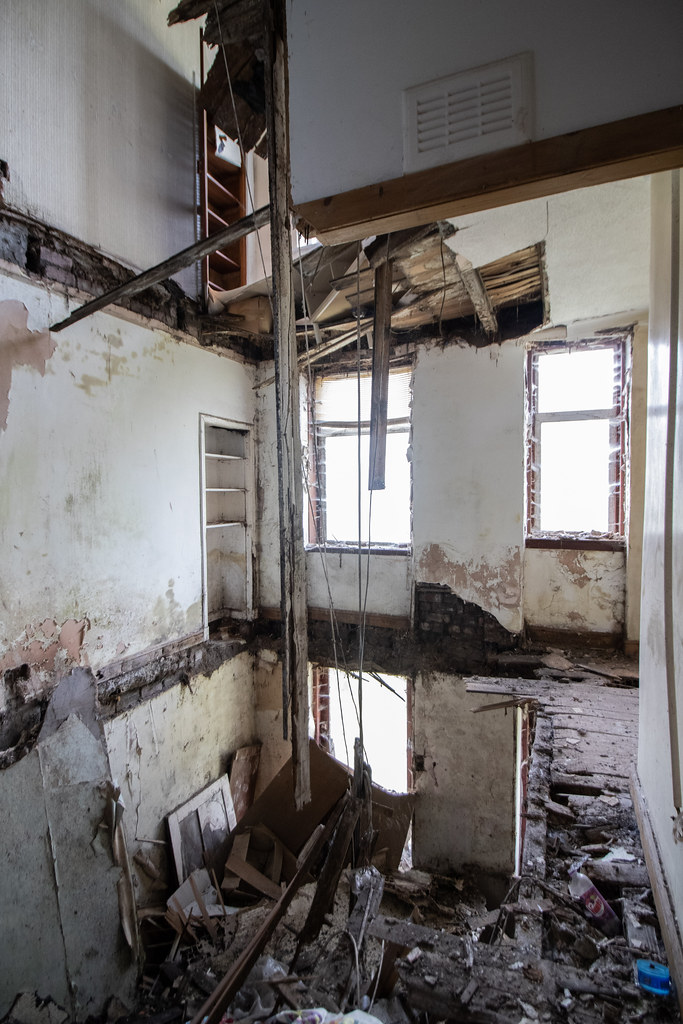 A collapse inside the apartments that we didn't expect from the outside.

Here is a link to our documentary styled video filmed at Clune Park estate. We cover the land's past, present and future through cinematics and narration: