So now my huge backlog takes me into my second time to The Chernobyl Exclusion Zone.  I visited in October 2016 for a four day tour which took us to many places which one might not see on a normal tourist trail to the zone.

It was an amazing experience to see The Zone again and each day was packed, getting up at 06:30 to catch the 07:40 train from Slavutych to The Chernobyl Nuclear Power Plant Station, and back to our rented house in Slavutych (the town built to house those who lost their homes in Pripyat) at around 20:00/21:00.

This was our second site of the first day, one of the most visited places in The Zone.  It is visited so often because it is secluded and one of the tallest buildings in the area which gets one of the best views of Pripyat; you can see the Power Station and The New Safe Confinement Arc in the background which was moved over the top this week; some six weeks after these photos were taken.

The apartment building was different in design to many of the other Soviet Blocks and was named aptly because of some its Asian Influence (I'm led to believe!.

The 16-Storey tower block was vacated in 1986 with the other 50,000 residents of Pripyat following the explosion of Reactor 4 at the Chernobyl Nuclear Power Plant.

This was one of many high rise apartments around Pripyat and The Soviet Union,The occupants were told to leave everything behind. Much stuff was looted across the early 2000s and all pets were shot by soldiers to prevent the spread of radiation, though many cats and dogs roam the area so possibly some were missed and the animals are on their umpteenth generation? 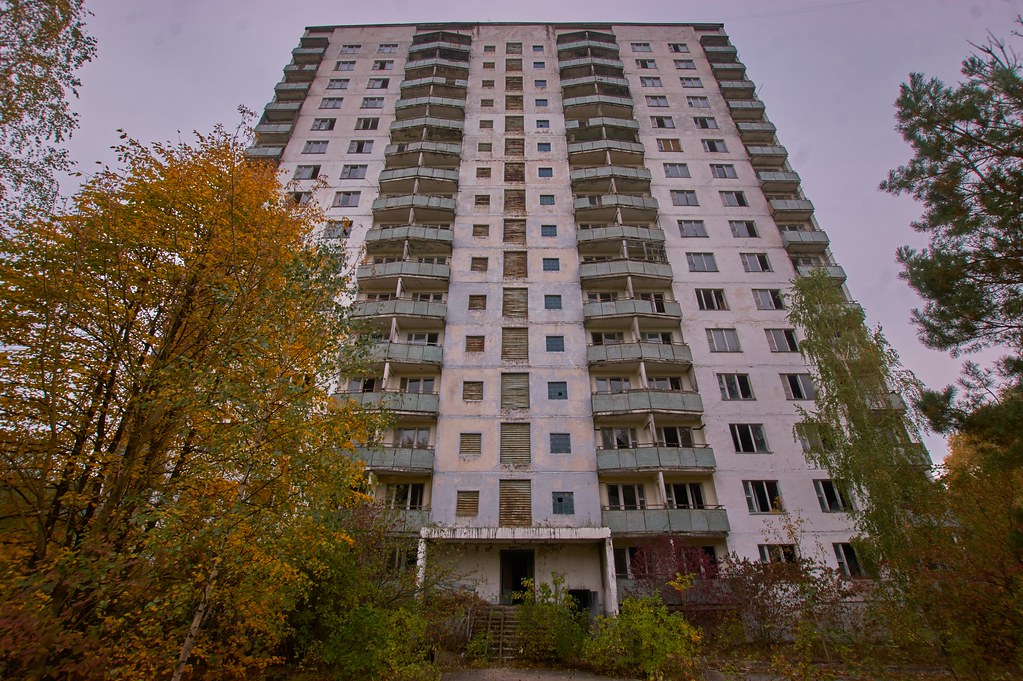 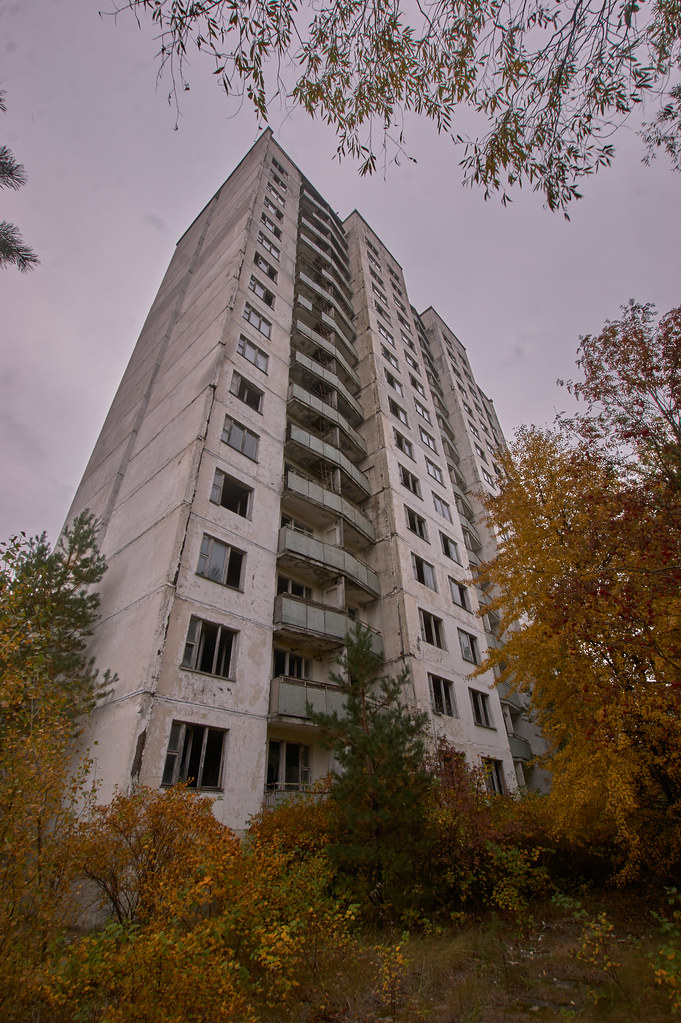 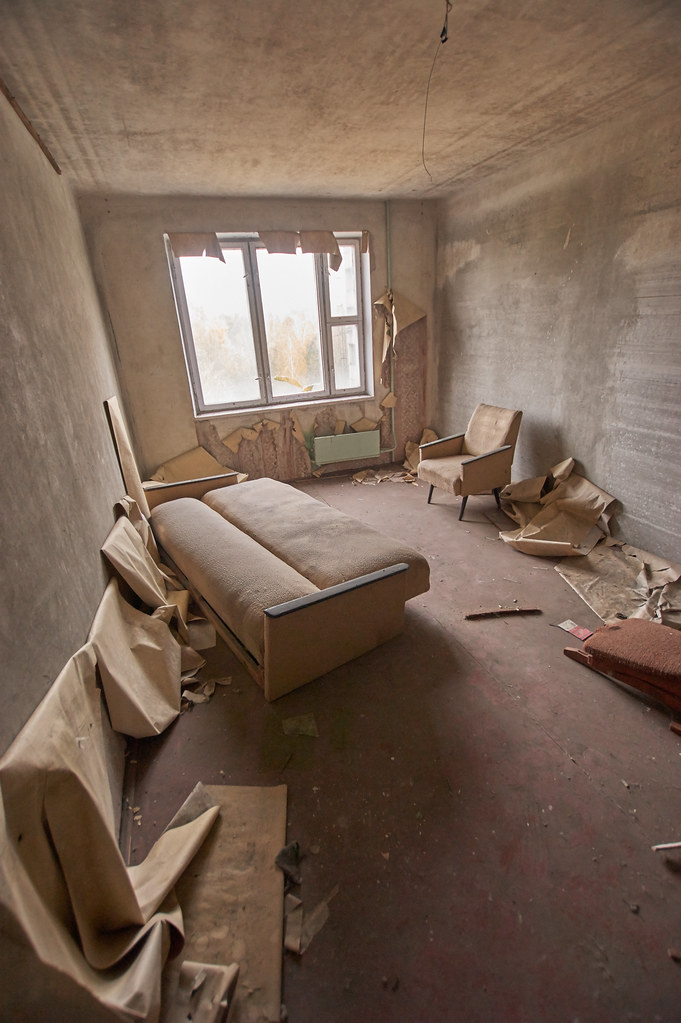 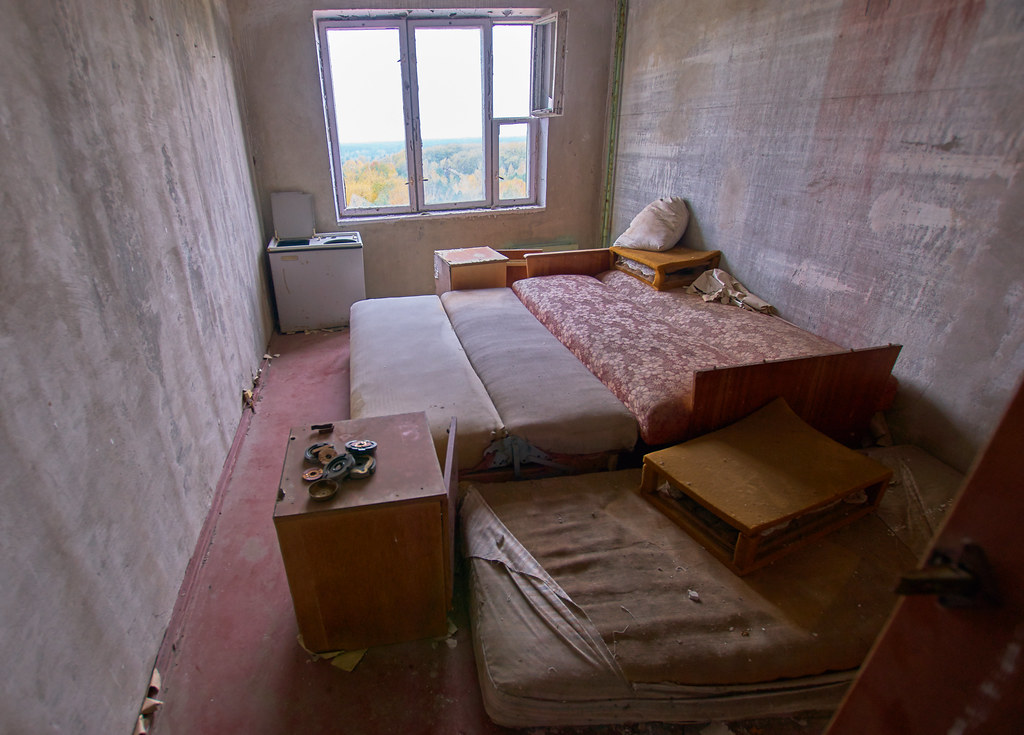 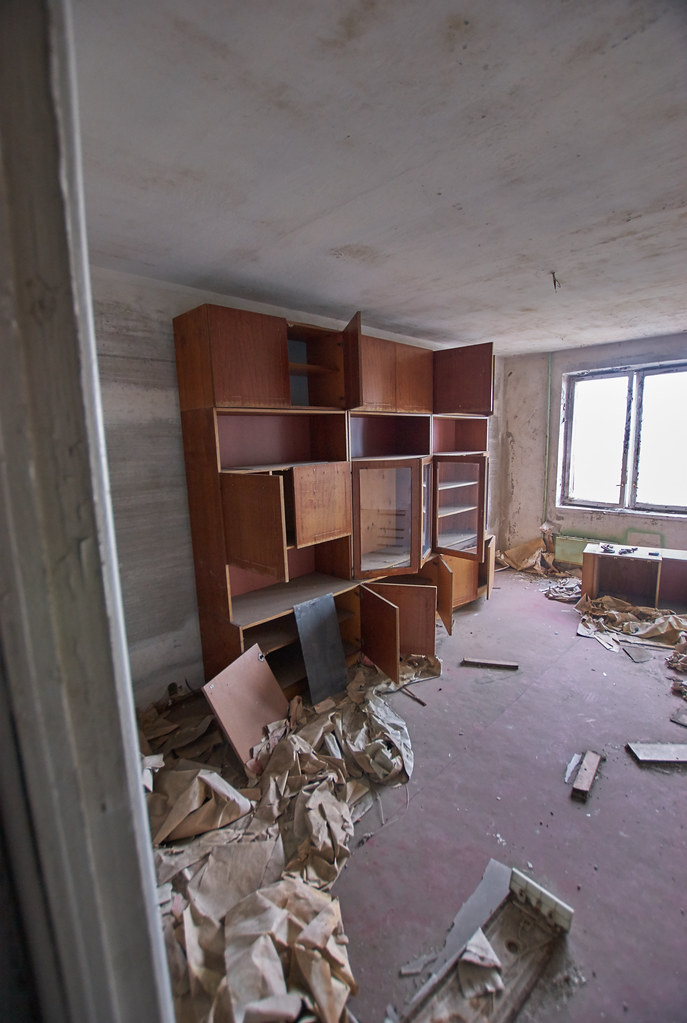 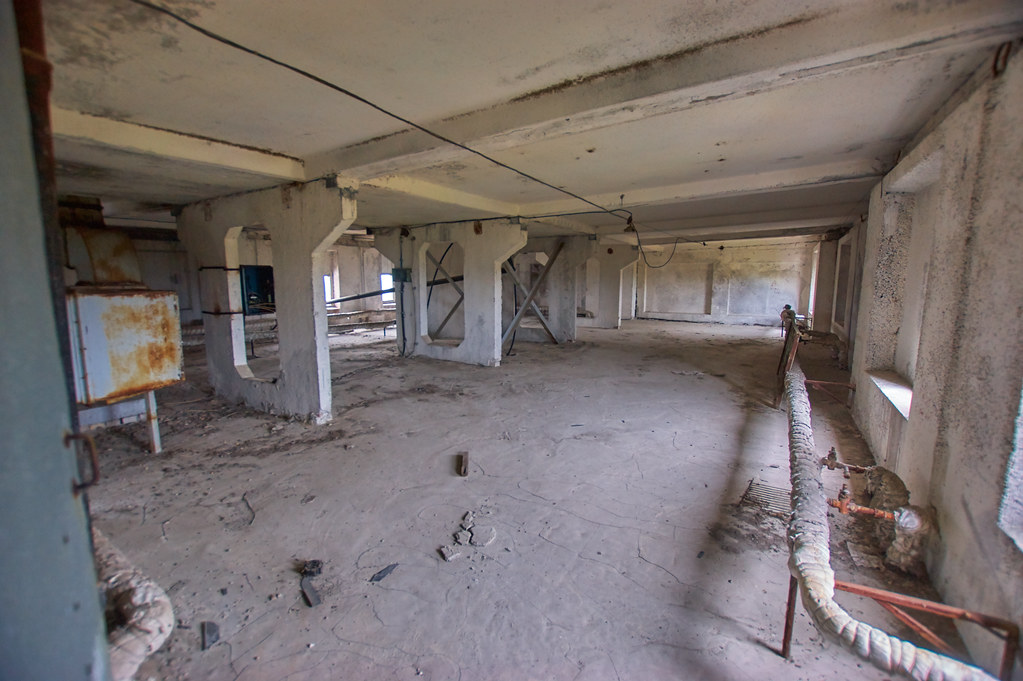 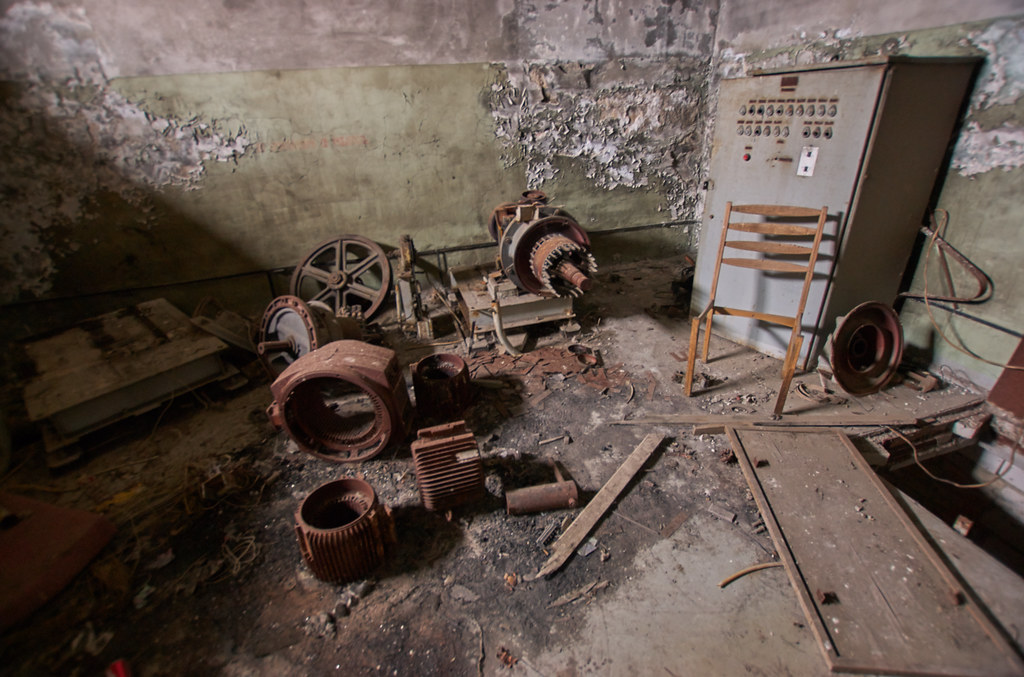 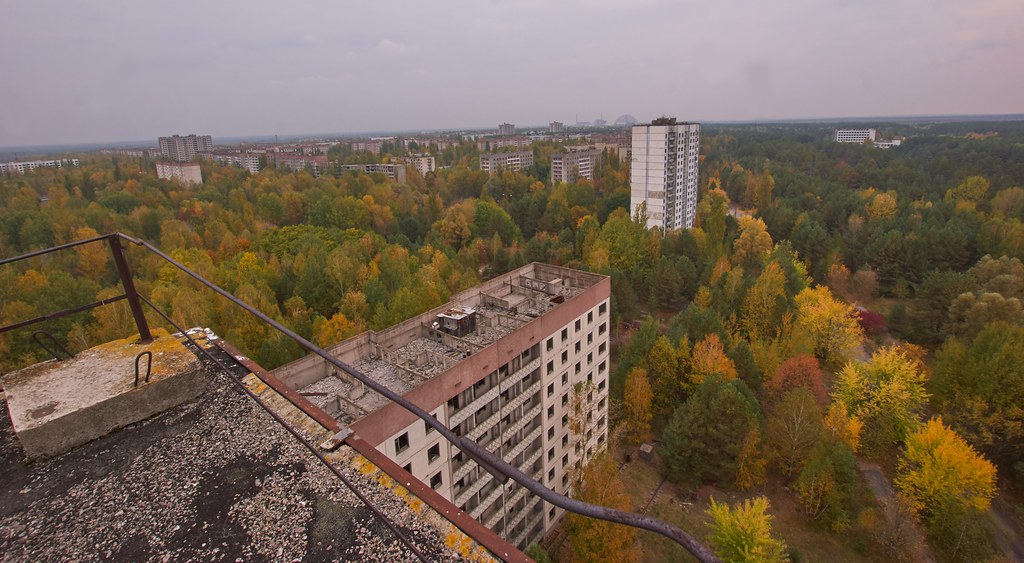 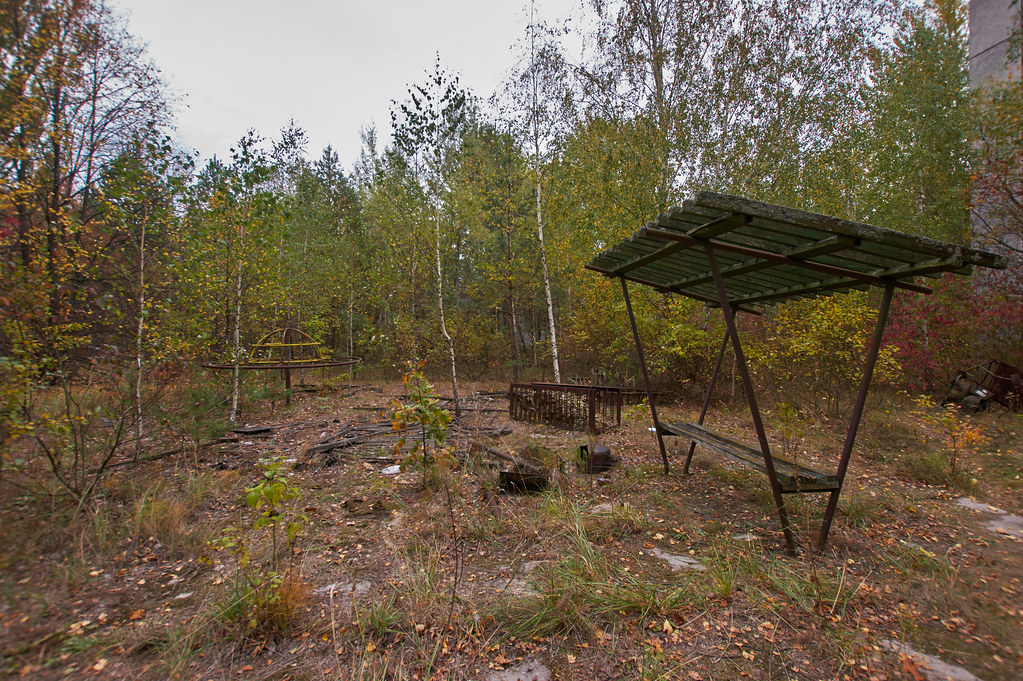 Thanks for looking guys!

To walk a lot of stairs up. Nice view from the top.