The last stop on me and my mate's epicly mad sleepless weekender was Gary in Indiana, and by the time we arrived in Gary just before lunchtime on Sunday I had been awake since 5am Friday morning. We would have had more time had I come very very close to losing my bag in Chicago Midway Airport, which resulted in us missing the train that was going to take us to Gary, which only ran every two hours on a Sunday. So we popped into downtown Chicago for a bit and found a very nice diner to have some much needed breakfast in and hopped on the next train.

In the grand scheme of things, the two most well known, infamous rust-belt cities in America are Detroit and Gary. Both suffered the same sort of downfall from the 1980s onwards, and both have a similar percentage of abandoned structures for their size. This however is where the similarities end. I had looked at doing both Detroit and Gary during my trip but for various reasons the visit to Detroit didn't happen - only one of those reasons being the amount of horror stories I have heard recently about photographers being targeted, being mugged, attacked or even shot whilst photographing abandoned parts of Detroit. Gary I had heard some bad things about, of course, but in comparison with Detroit it seemed like the 'safer' option. After all, if a city loses 90% of it's population over the last three decades that means there are 90% less people who could possibly attack you!

So we eventually stepped off the train in Gary Transportation Center, one of the few things that is open and through the doors into a different realm...I still to this day remember the feeling I first got when I stepped foot in an abandonment, and stepping foot in Gary for the first time was another of those feelings I won't forget. It's a large city, but the silence and desertion is like nothing I've ever experienced before. It was so quiet, you'd be forgiven for thinking you were in the middle of nowhere. Nobody walking down the streets that we could see initially, buildings everywhere derelict and wide open to the elements. No cars on the roads, parked or driving.

First port of call was, naturally, the most iconic derelict building in the whole city of Gary, one of the most instantly recognisable derelict buildings in the whole of the United States and a symbol of the decay which has befallen the city over the last three decades - Gary's Methodist Church. In the days leading up to our visit, a storm had brought a large portion of the roof down in the sanctuary. 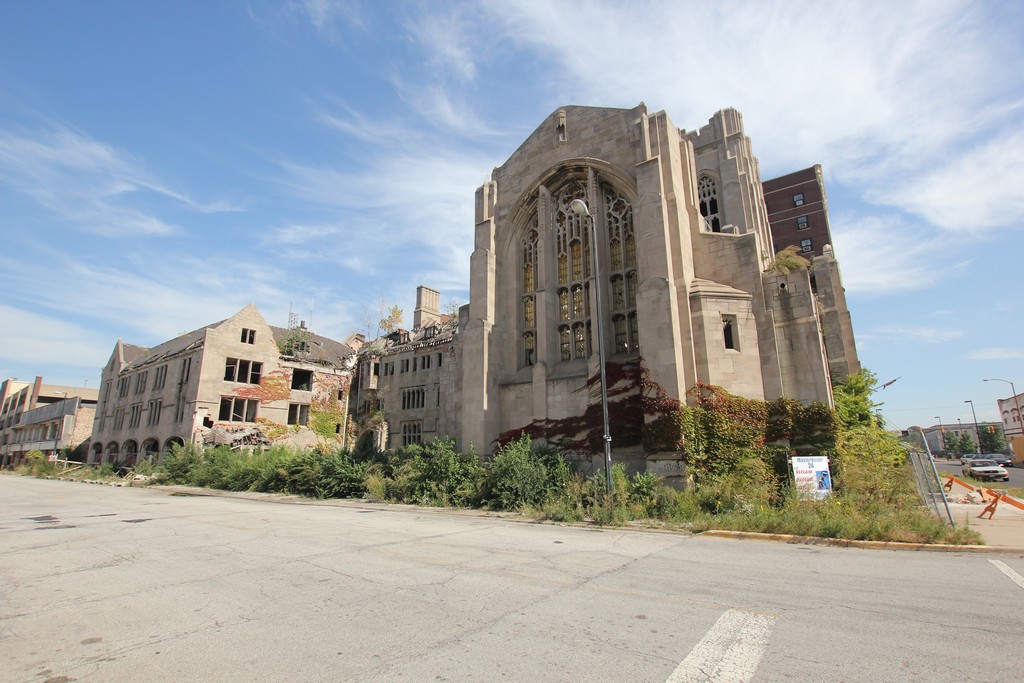 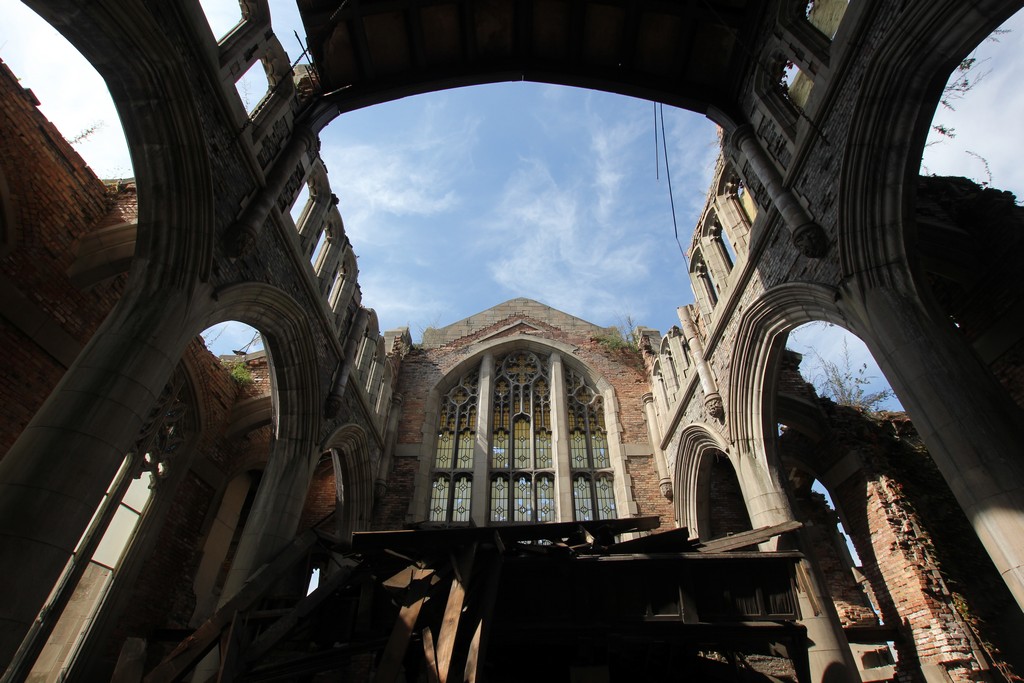 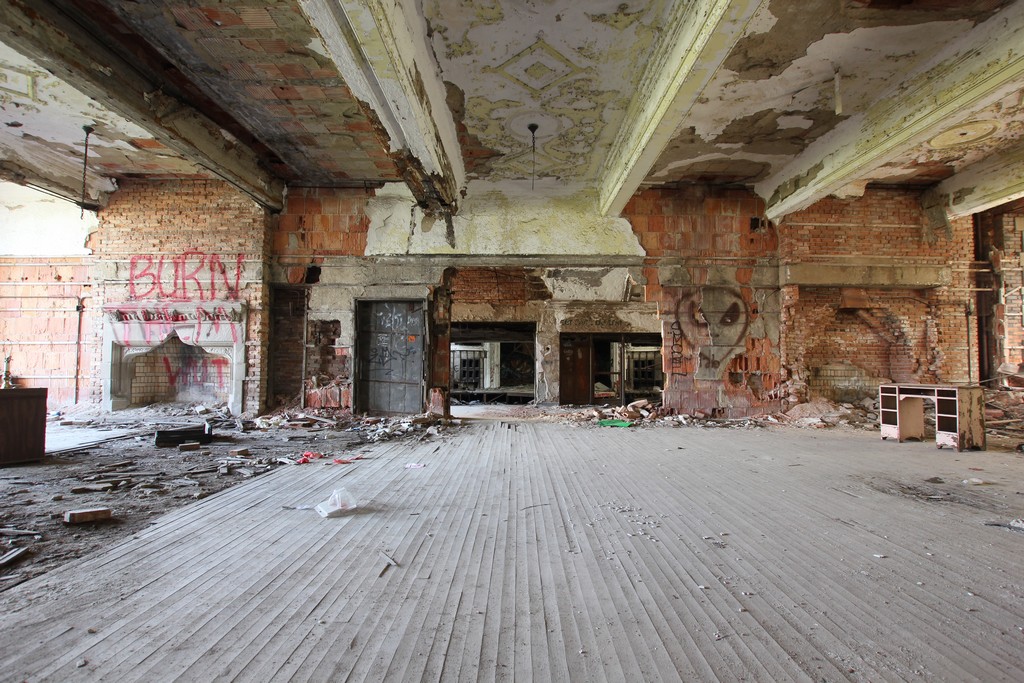 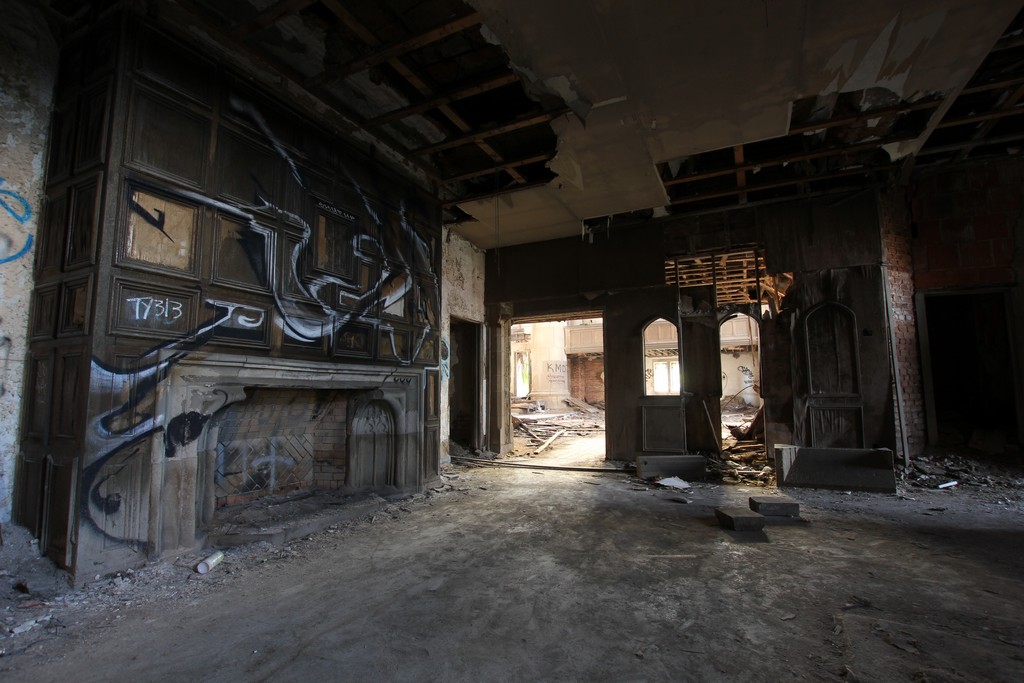 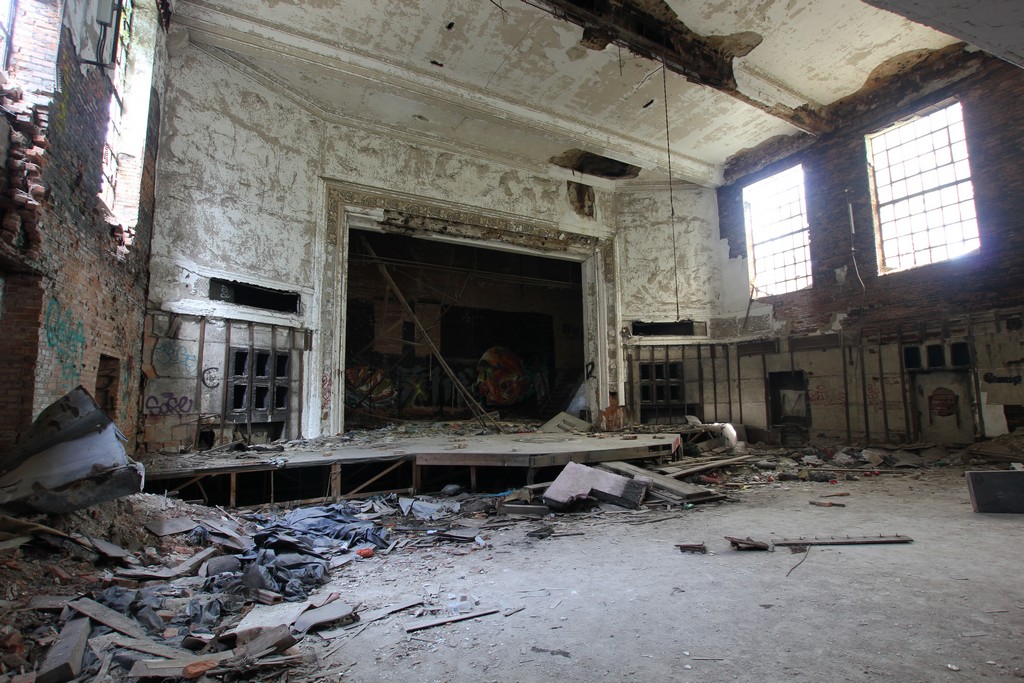 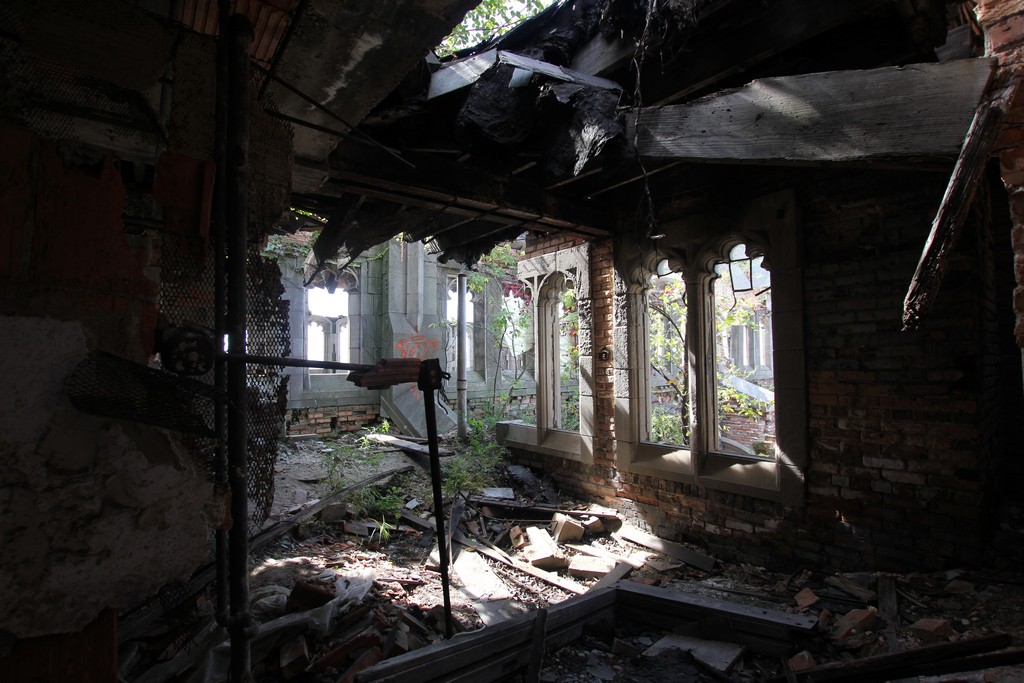 After spending a bit of time in the church we ventured out into the blazing late summer sun and wandered around a bit more. And I realised something. All the bad stories I had read about Gary, all the warnings I got that I was headed into a bad place and would be lucky to get out alive were - at least in the time I was there - wrong. I realised I didn't feel threatened, or uneasy, or like I was about to be jumped in any way, shape or form. I walked for the rest of the day all around downtown Gary with my camera on view around my neck. There were young kids cycling along the deserted streets, a kids party going on in one of the few open churches, and the five or six people we sawand interacted with all day were absolutely lovely. All were interested in what we were taking photos of and where we were from, and seemed genuinely happy to talk to us. Now granted I wouldn't want to be walking around Gary after dark but in comparison to Detroit, where even in the daytime if I was walking round with my camera on show I'd be face down in a ditch without a camera and probably a gunshot wound within about ten minutes, Gary is safe.

We visited a few more spots - a couple of apartment blocks, a half demolished theatre and the post office, as well as a few things I didn't bother getting photos of as they were so far gone, below is a selection of them all. There are some awesome things still to see in Gary so I definitely want to go back.

A few years ago a few blocks of brand new houses were built as well as a couple of light industrial units in an attempt to revitalise the downtown area, sadly it failed. 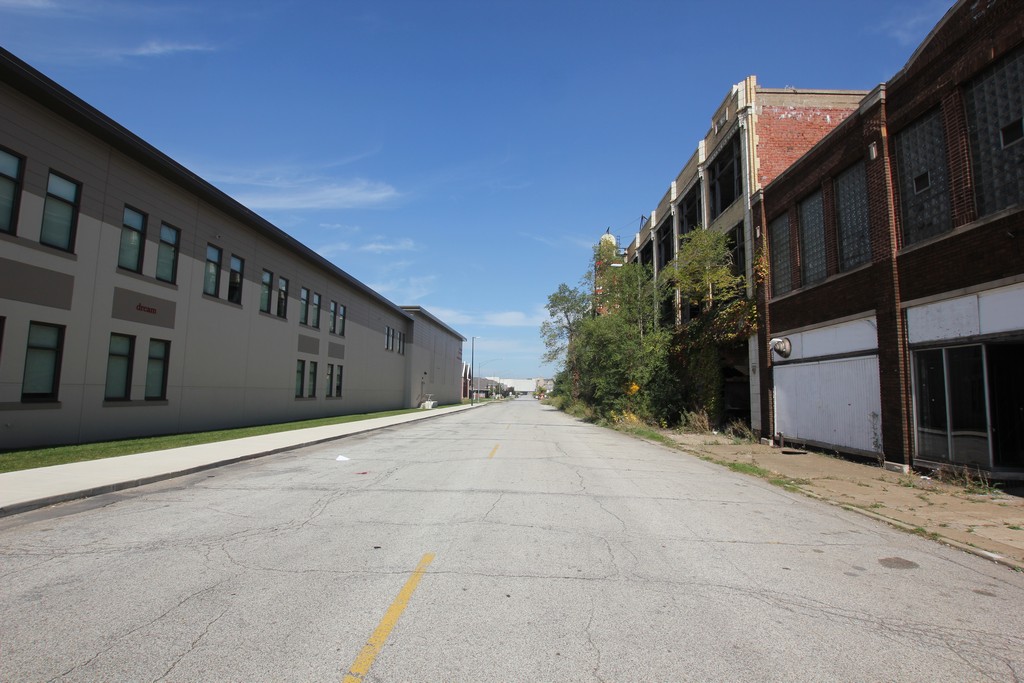 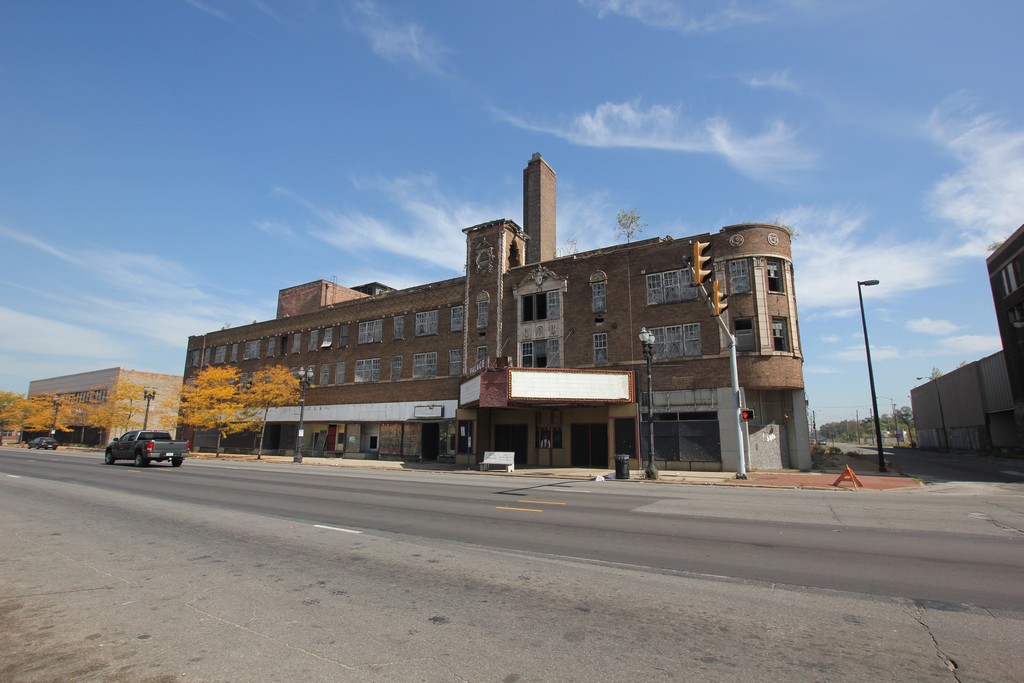 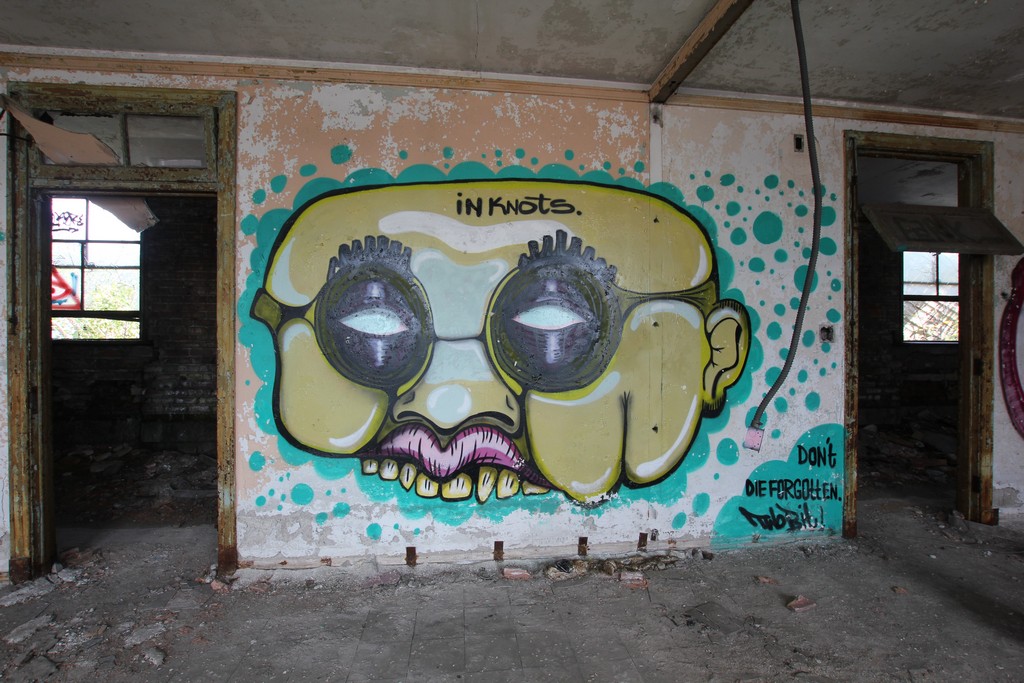 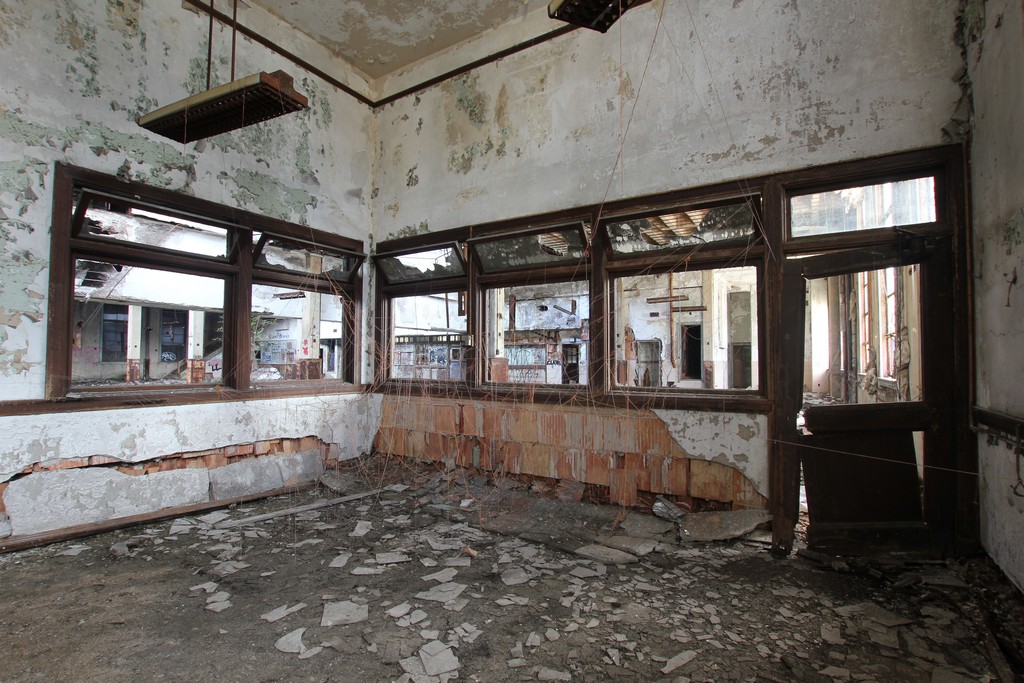 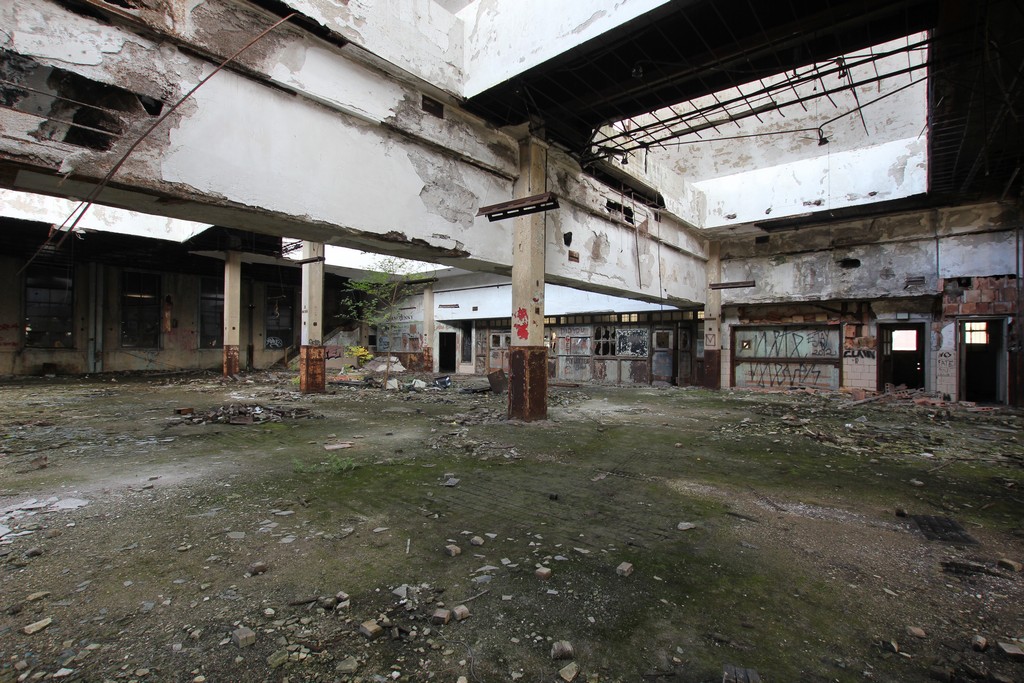 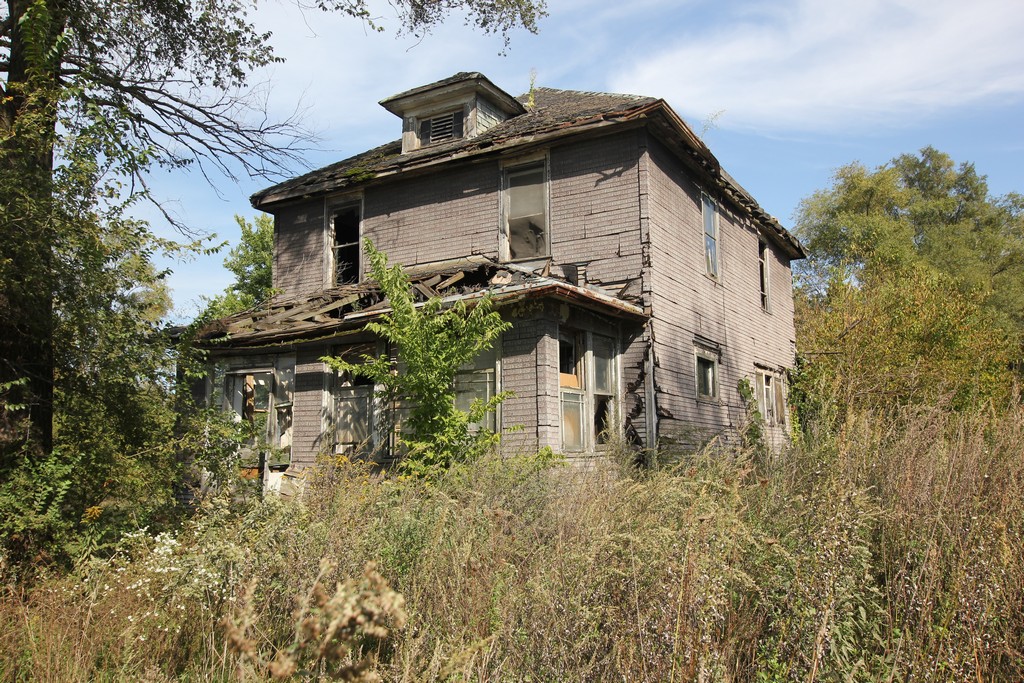 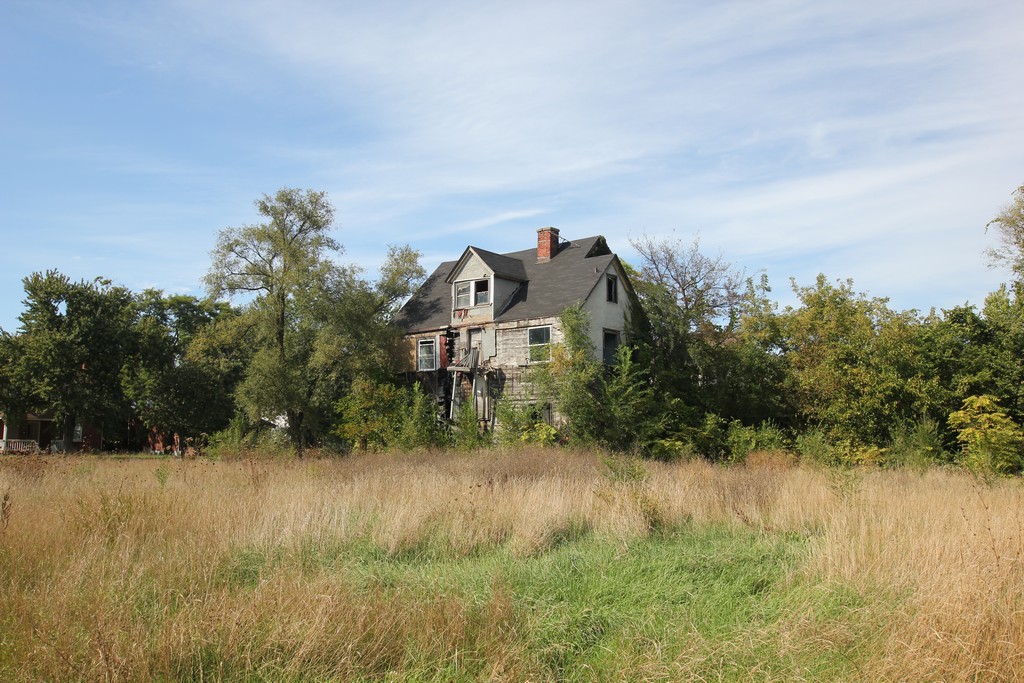 This apartment building is a new candidate for one of the most treacherous places I have ever explored...the whole place was falling apart at the seams due to catastrophic water damage, pikey damage and subsidence. 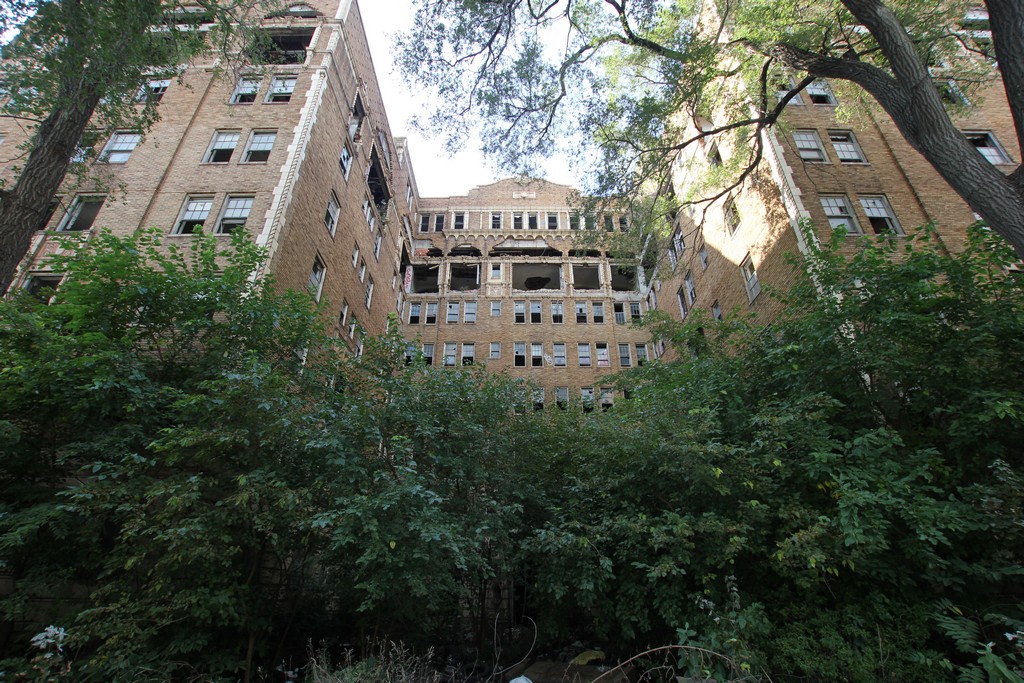 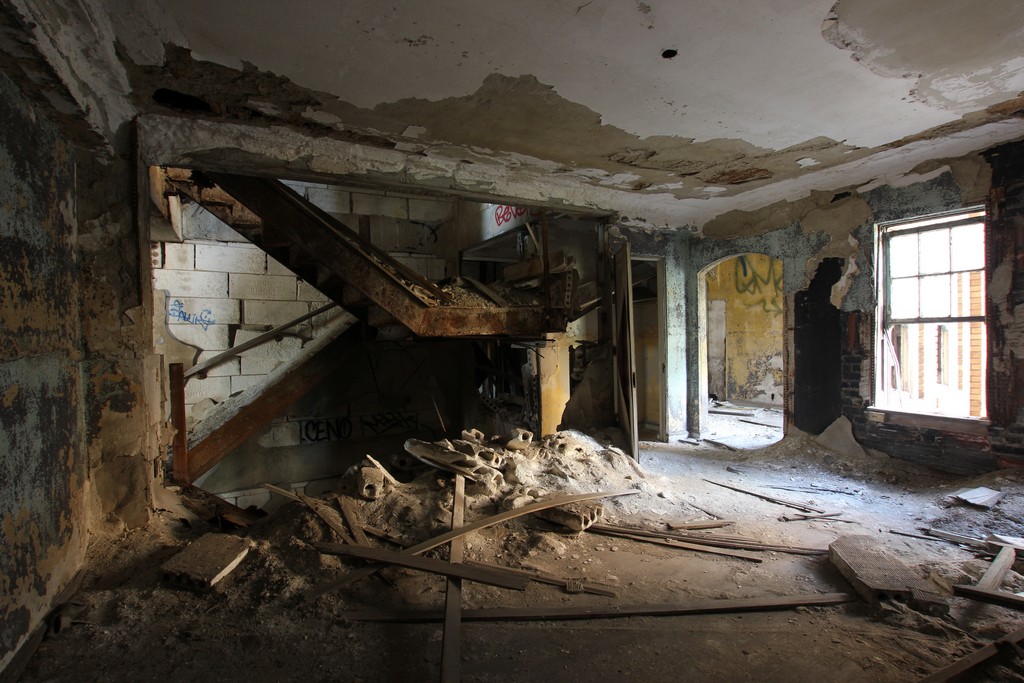 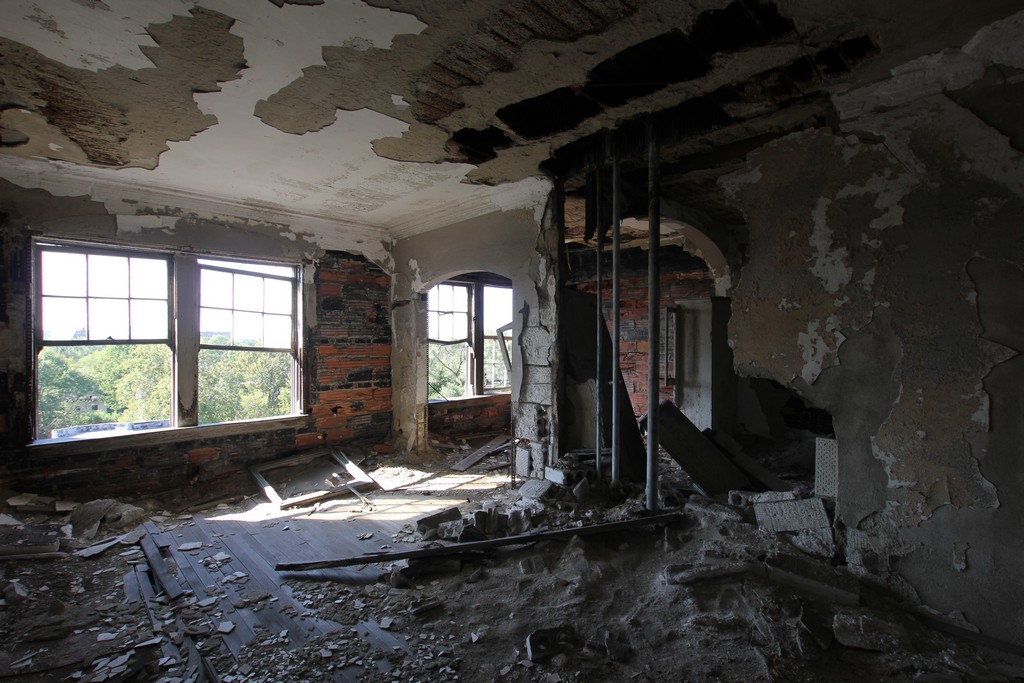 It's worth noting you can actually buy a permit to photograph inside any derelict city-owned building in Gary, but most people don't bother and just chance it, like we did. We saw one police car the entire time we were there, and even if you do get caught by them all the police can do is escort you to the city hall to buy a permit.

excellent mate, enjoying the stories from your travels

ruddy craacker of a report