I finally cracked it. Since the beginning of last year, when I first began seriously looking into and researching abandonments in the United States, I was in awe at the sheer number of derelict hospitals and asylums that littered the country. Think back to our own 'age of asylums' that lasted from roughly 2005 through to 2010, times it by maybe ten, and you're getting there. Of course the only problem is over there the country is absolutely massive so they are all spread out all over the place. I knew that I must see one, I didn't mind which, but I would bite peoples hands off to be given a chance to do an asylum in America.

It just so happens myself and my companions chose one of the biggest. This asylum (which I have given a pseudonym) sits on a parcel of land 600 acres in size - that is twice the size of the entire plot of land Severalls sits on. Construction began in 1927 and it catered, at it's peak in 1959, for 9000 patients - four and a half times the 2000 that Severalls treated in it's heyday. The enormous campus is a mix of standalone buildings, sprawling quads containing 12 wards each - 4 on each floor - and dozens of other associated buildings, with the majority of buildings being 3 or 4 storeys tall. The hospital began to wind down operations during the 1970s, and now the few still active buildings offer mainly outpatient mental health services.

However, these places are not plain sailing. Because you can - literally - drive around them, this also means the on-site police/security (yes), and the 'real' police have a habit of driving around too. When we were there driving through the main part of the site, it became a constant game of cat and mouse trying to avoid the suspicions of the campus police who were driving up and down the roads almost constantly. According to my mates who had been before, if you are seen by them with so much as a backpack on your back out in the open, you get escorted out immediately. So we left and re-organised ourselves before heading in to the two massive buildings at the north-eastern corner of the site, as far from the eyes of the police as possible.

I'll let the photos do the talking as to what I found. No externals because of the aforementioned issues, but to be honest, they are drab, grey and uninspiring buildings. 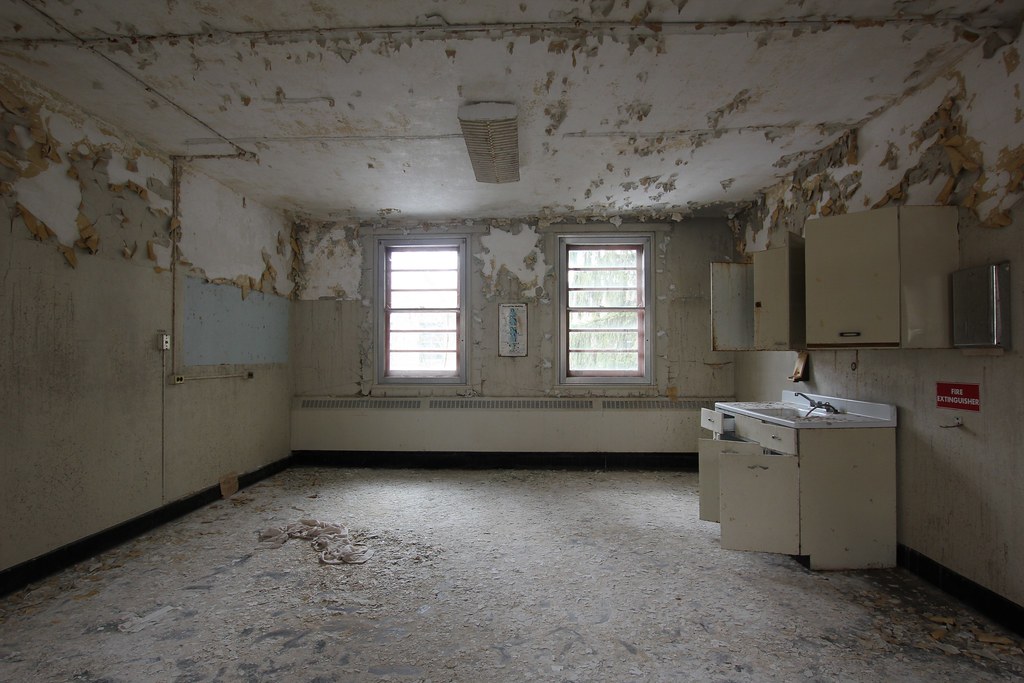 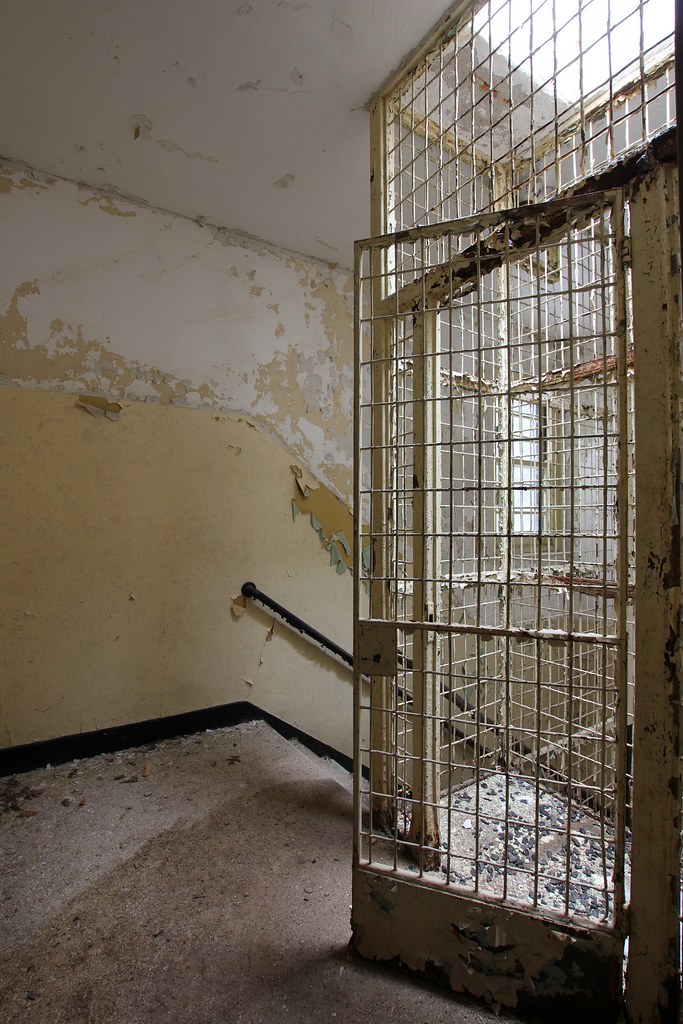 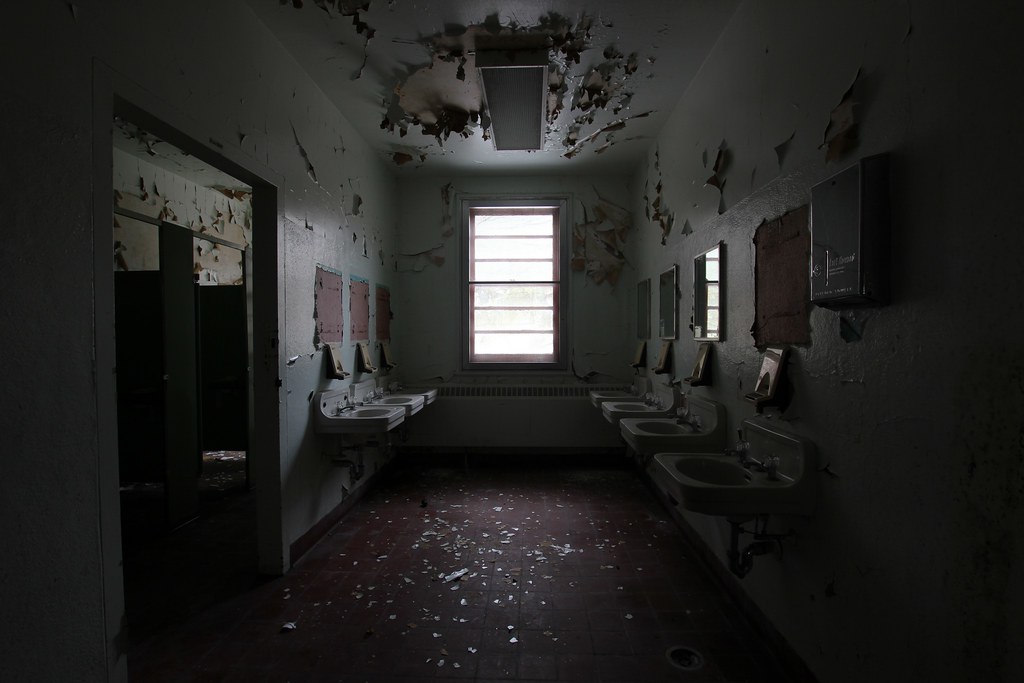 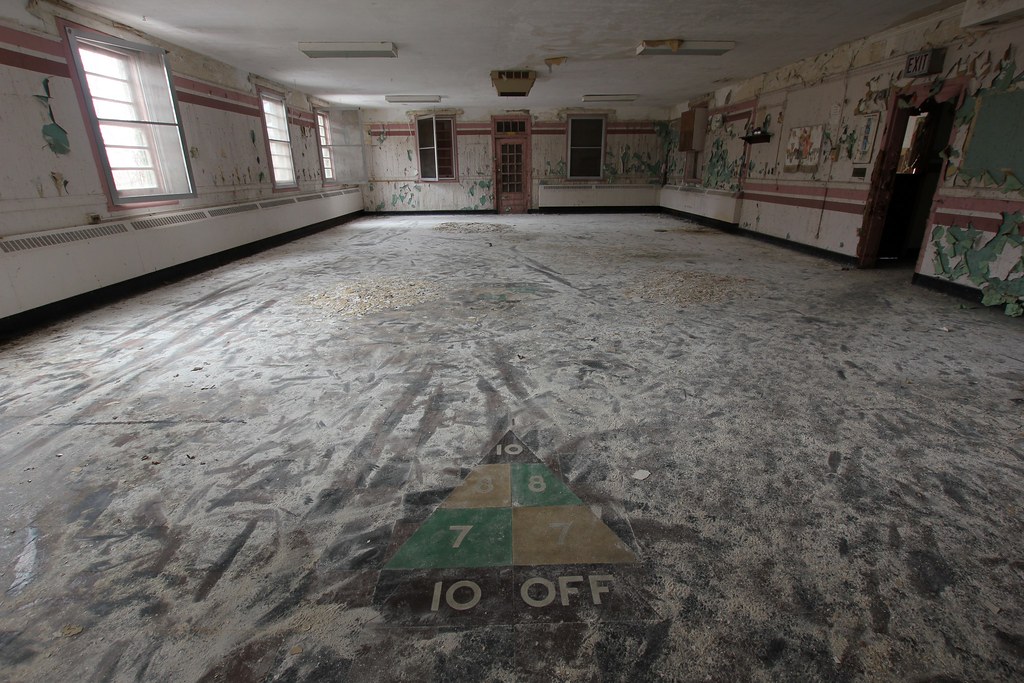 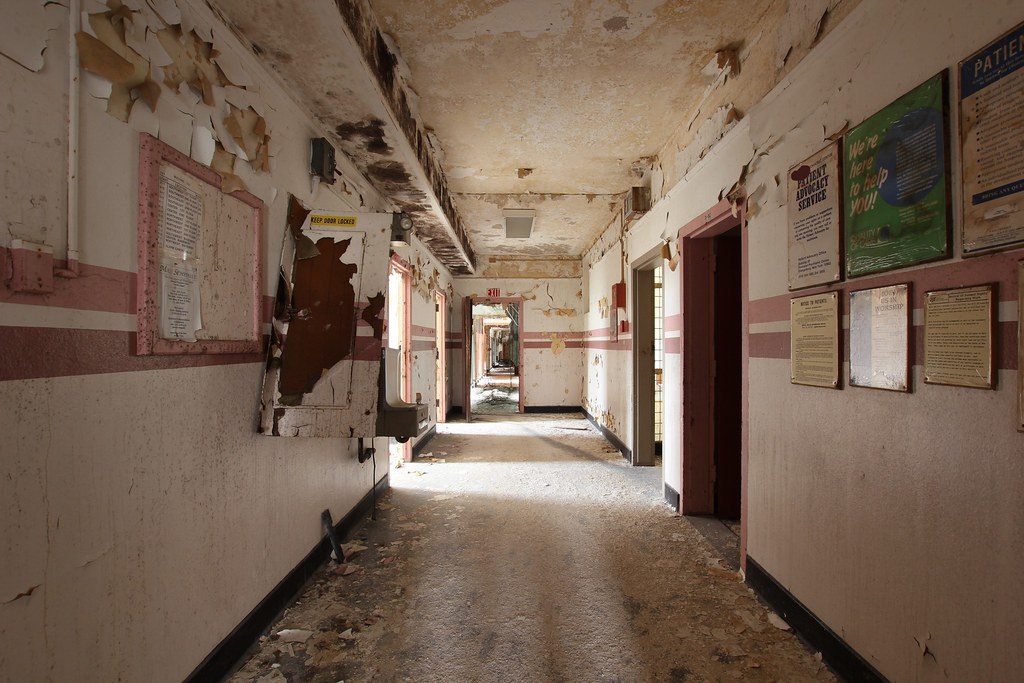 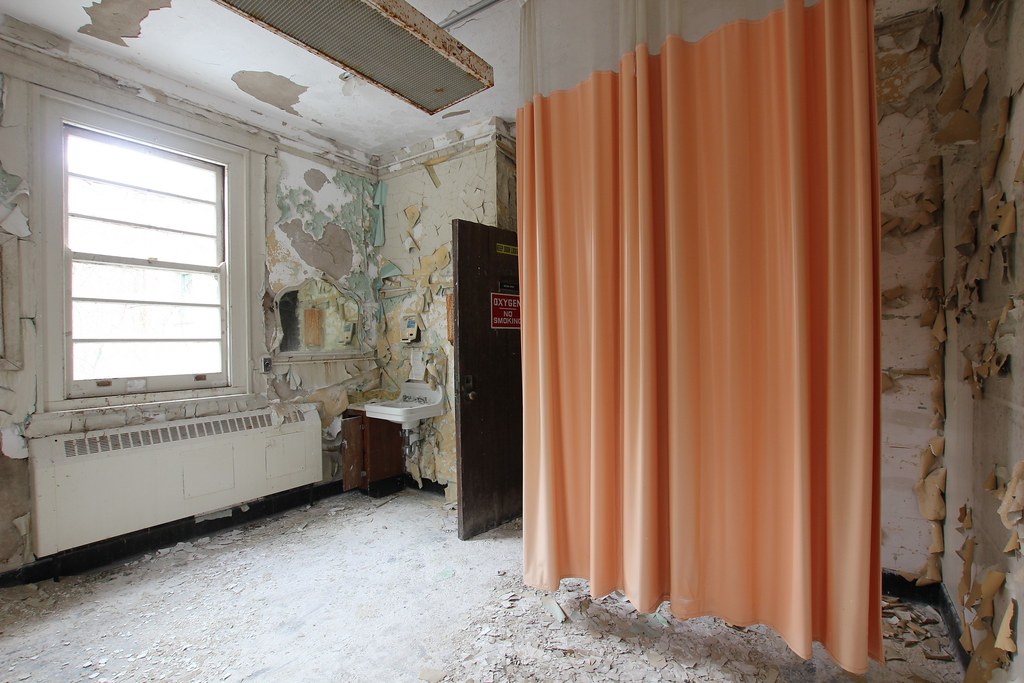 On to the second building, and things were about to get quite special. Considering going in I had no idea what to expect. 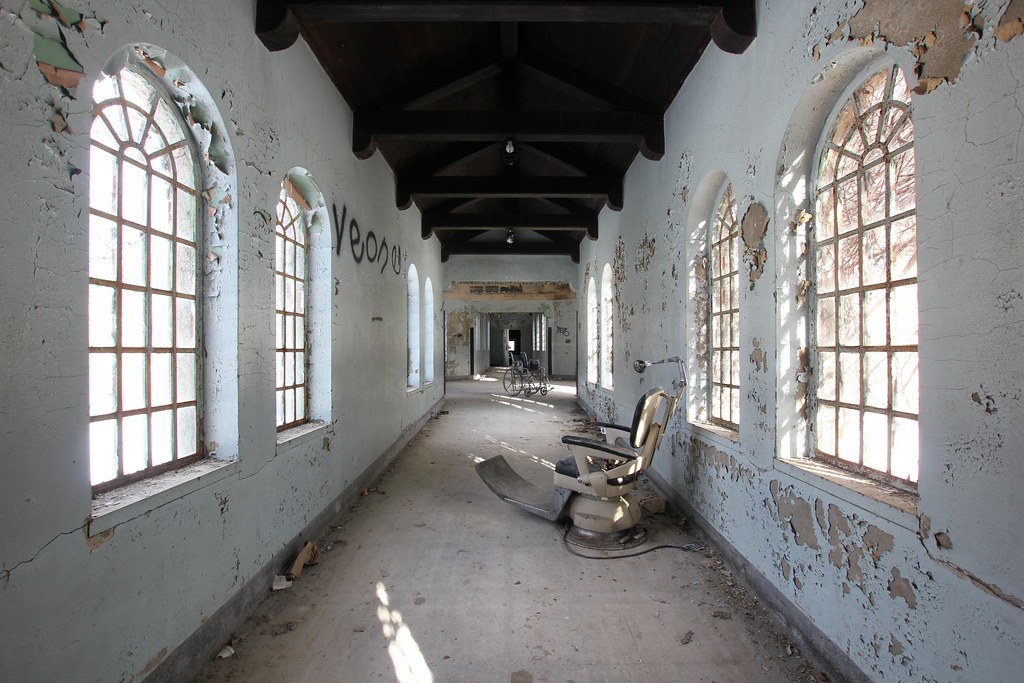 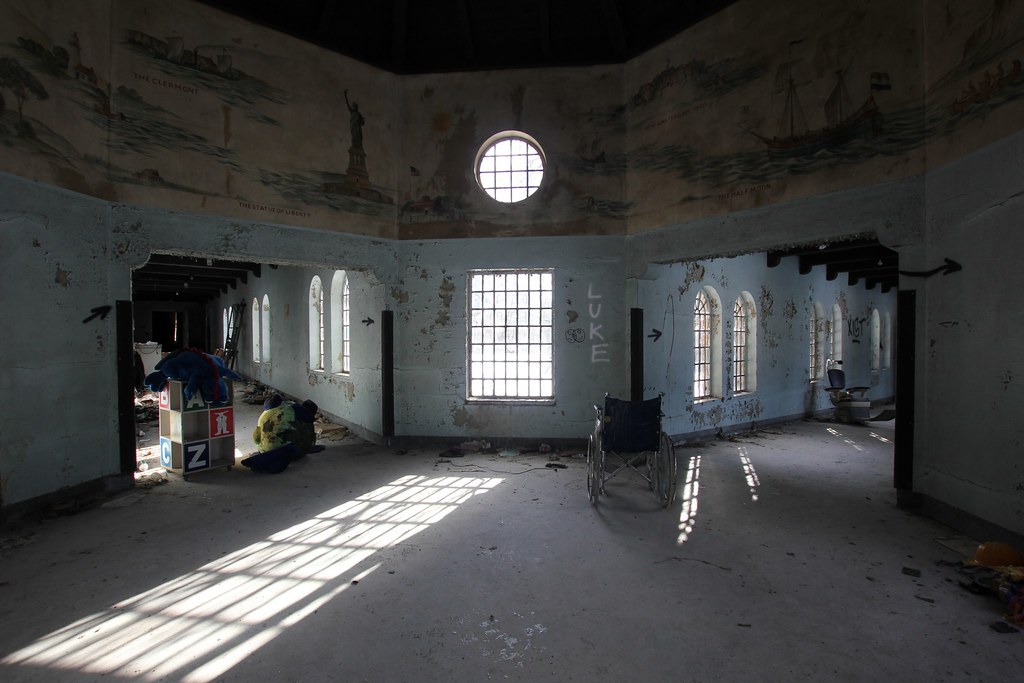 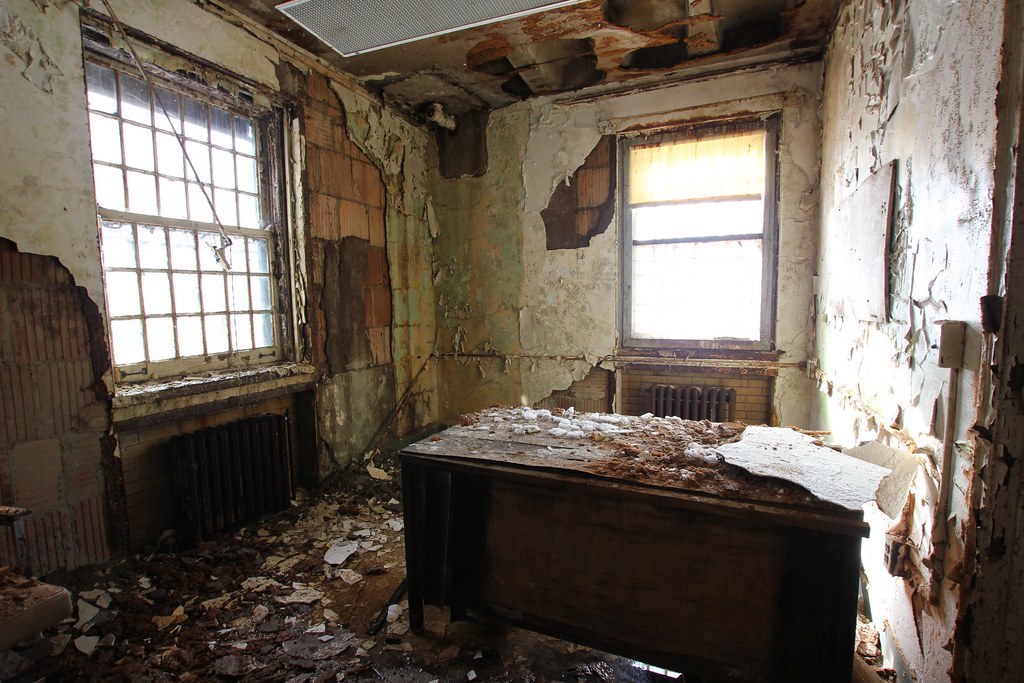 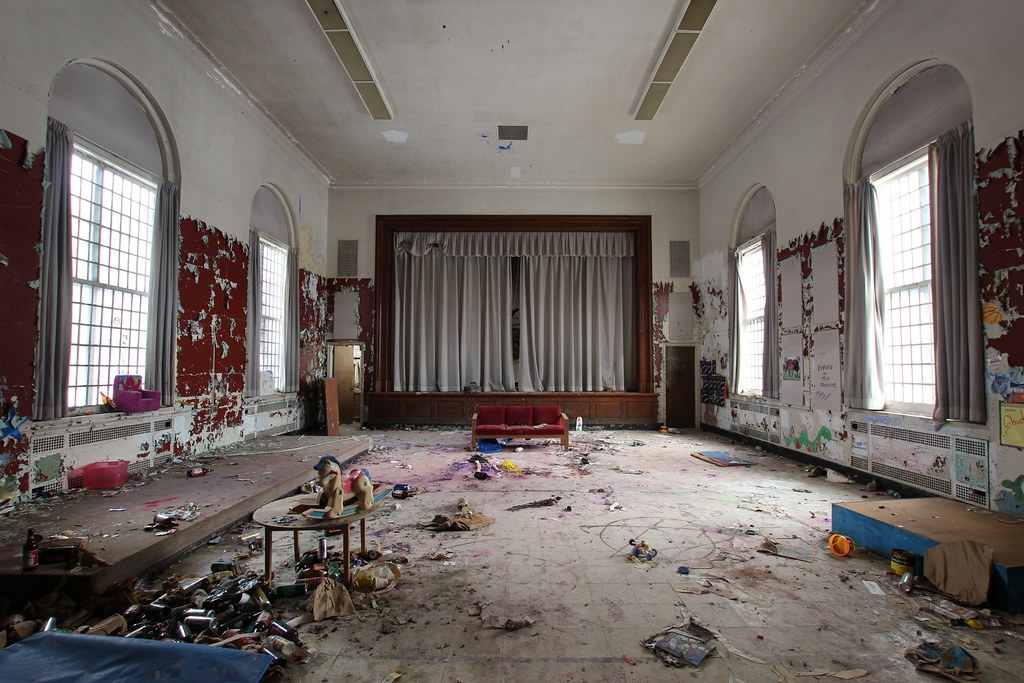 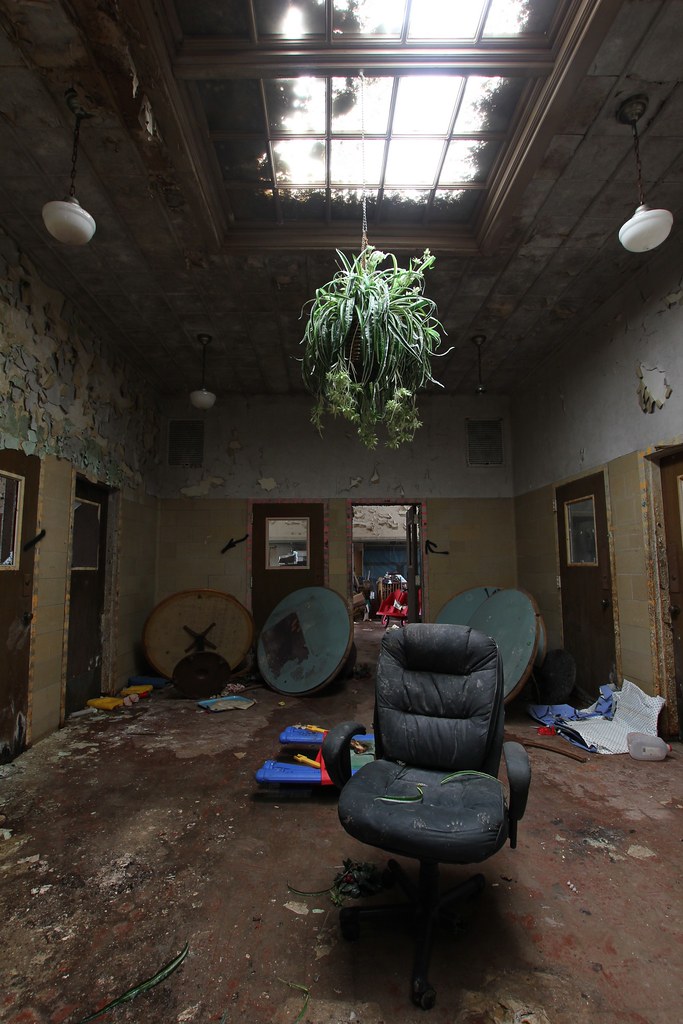 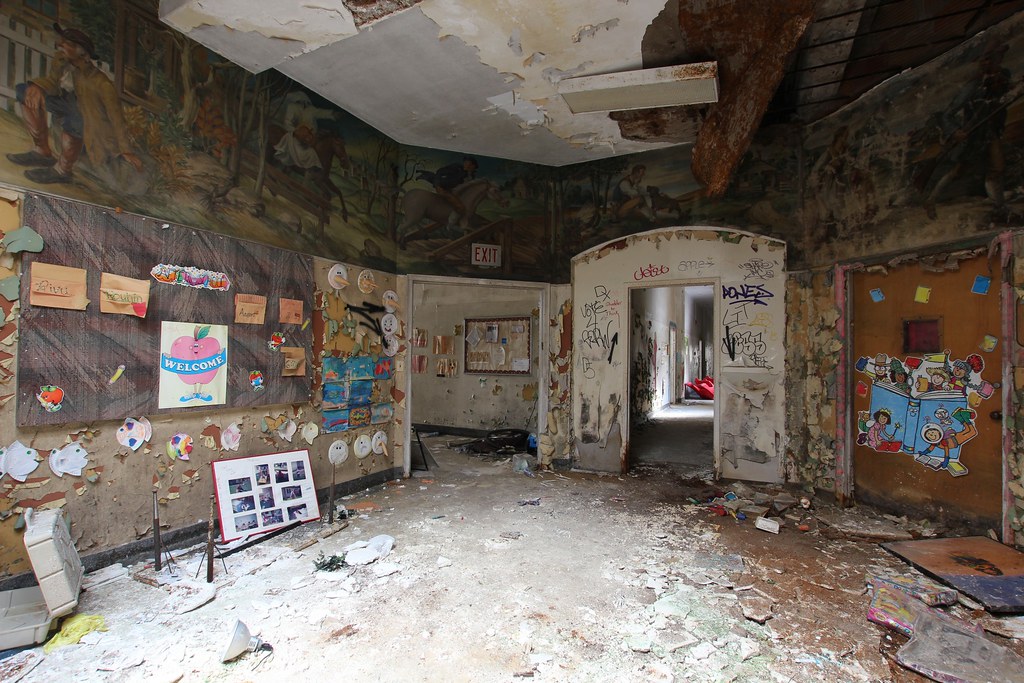 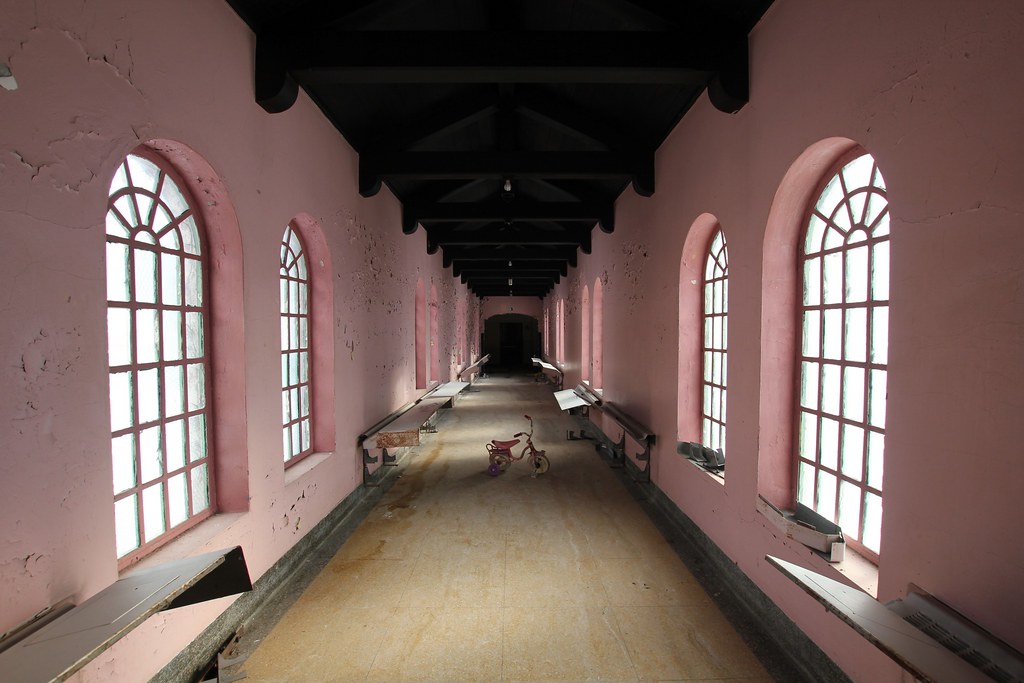 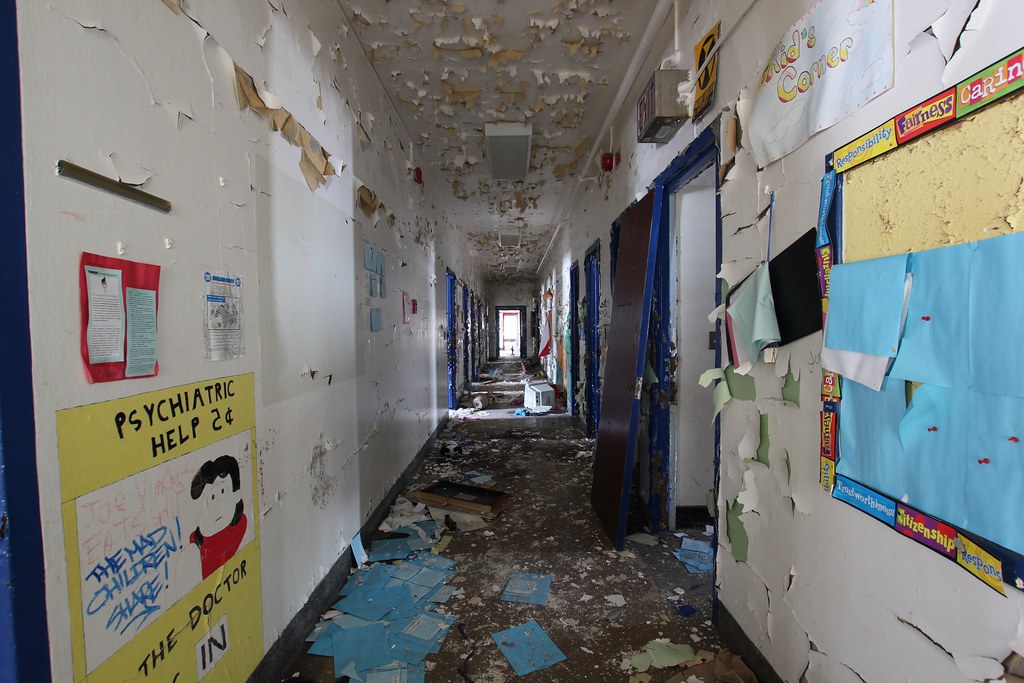 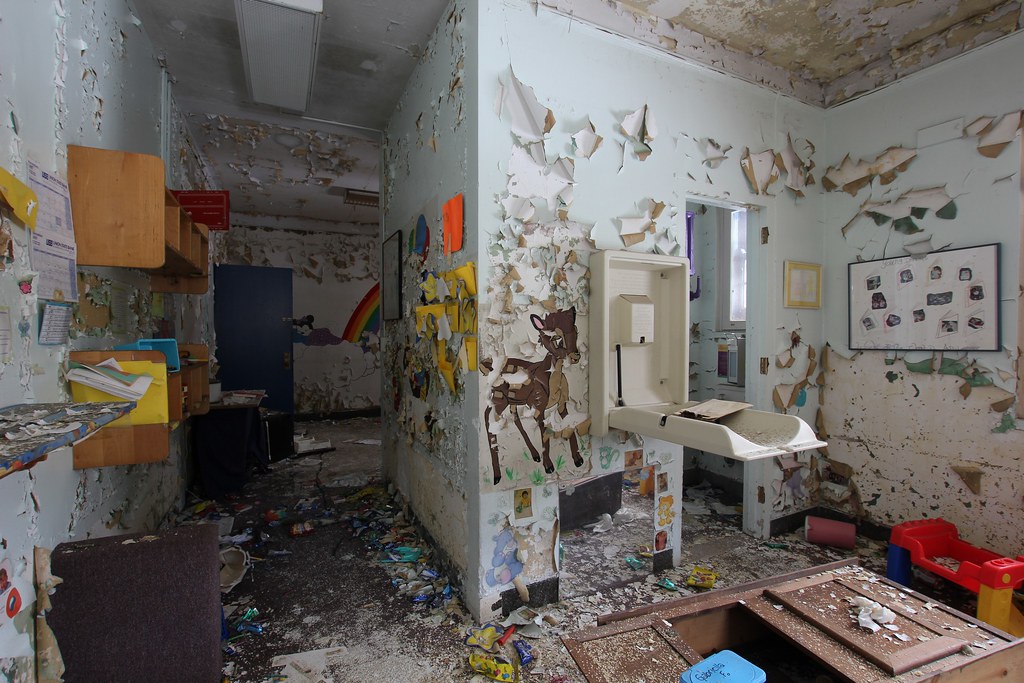 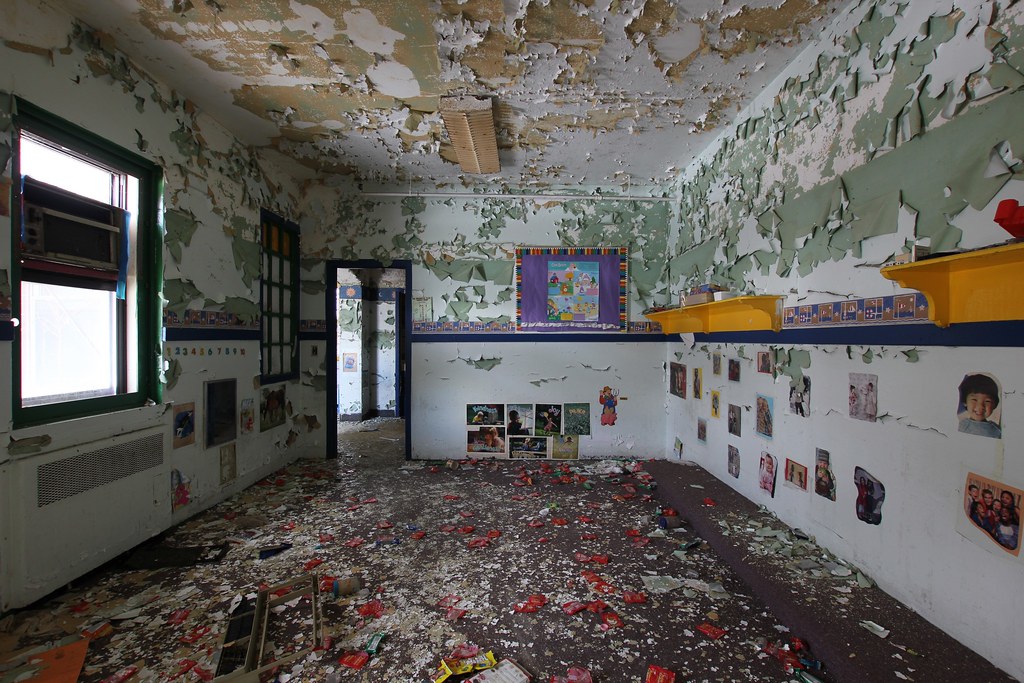 Next time I am determined to get into more of it! The hall photographed here is only the 'small' one, the actual main hall is a suitably massive standalone building sadly circled by the police regularly...we wanted to try more of it but the logistics of getting 6 people and the equipment in without being seen just wasn't happening sadly...I could lose a week here easily.

The children's section would have freaked me out for sure.

I hate Pink.... But that corridor is a beauty.

This is awesome &amp; that's all there is to say! Loving the kids bike in the pink corridor shot

"I would bite peoples hands off to be given a chance to do an asylum in America." Yeah i know that feeling.

That place looks amazing mate, I'd love to see a few of these American Asylums too

This is awesome! Well done on getting in. Some great pics!!

oh man that is nice !

Oh how did i miss this!! Looks a cracking place, love it

What an interesting and varied place. Great photos from there!