Former puppy farm that was often in the local news regarding poor living quarters,alleged mistreatment of dogs and the selling of dogs that often died after new owners took delivery of the young animals..the RSPCA were always closing down the business,but the owner John Lowe simply ignored them and carried on.
On February 23rd 2014,Mr Lowe,who purchased Keepers Cottage in 1966,shot and killed his partner and then her daughter,who tried to flee and get help,but died just outside the cottage.Police arrived and arrested Mr Lowe who was found guilty of double murder later that year and jailed for life with a minimum tariff of 25 years so it is likely he will die in prison.From information on several estate agents websites,it seems the 6 acre estate has been sold but last year planning permission was refused for one plan to demolish the cottage and build 3 dwellings so as of January 2018,I have no idea what will happen.We arrived at dawn and immediately noticed red flashing cameras mounted firstly at the gated entrance then further down the track mounted on a telegraph pole and one fixed on the cottage all flashing busily.We were considering retreating however we decided to skirt round the outbuildings to escape the cameras if indeed that is what they are and not dummy alarms which I suspect they are...I have to say I found this explore both intriguing but disturbing at the same time and was glad to leave..I have not felt this way since exploring Cane Hill Asylum in 2008.

My pics are only phone shots so please excuse.. 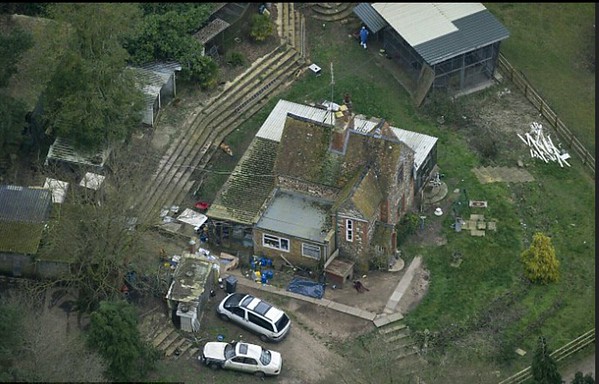 We arrive as the sun is filtering through the trees..this cottage sits within a six acre plot nicely hidden by the woods. 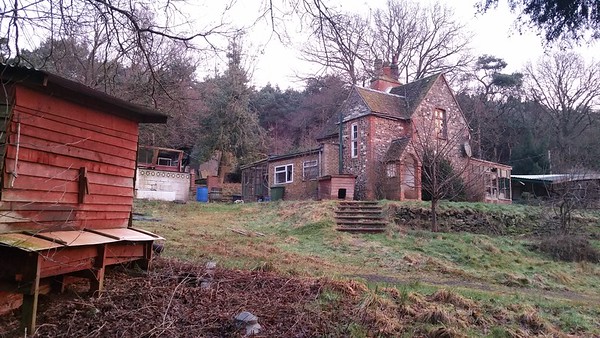 The farm is surrounded by shanty type buildings largely held together with telegraph poles.

Truly awful animal pens..I cannot imagine this was any better before the old man`s conviction. 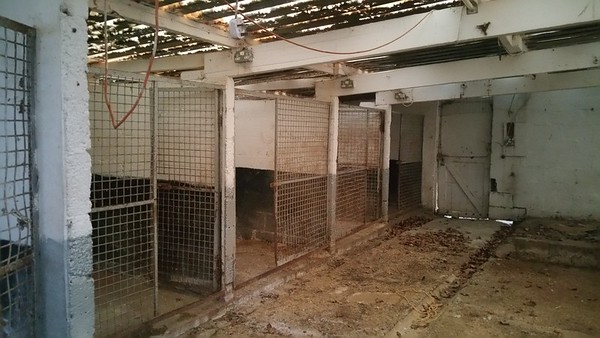 We skirt round the rear of the house avoiding the cameras

Living room..very surprised to see that this fire place didnt seem to have been used for open fires.

View from the master bedroom.

And the enormous conservatory built round two elevations.

I am glad I saw all this but upon exiting the house,some strange bleeping noise started so it was our excuse to leave!

this place is always a nice wonder nice job

I've read a few articles about this place, what a grim history  :shock: .

Cheers for posting up the report

That is a grim history, but you know what they say - if people keep buying from these suppliers...

Nice to see you back here @klempner69

Bit of a sad history really but interesting none the less. Looks relatively big too