The History (shamelessly ripped from Wiki)​

Holborn tramway station was a tram stop underneath Kingsway in central London, England. It was built in 1906 by the London County Council Tramways as part of the Kingsway Tramway Subway joining the separate networks of tramways in North and South London. When opened it was named Great Queen Street. Tram services commenced on 24 February 1906, running from Angel to Aldwych, the next station in the subway. Through services across London began on 10 April 1908, running from Highbury station through Holborn and then east to Tower Bridge or south to  Gate. The routes that used the Kingsway Subway were numbered 31, 33, and 35.

Following the decision to withdraw tram services in London and replace them with buses, the station closed just after 12.30am on 6 April 1952. Much of the station remains in the disused subway but there is no public access. Following it's closure, the station was used as a backdrop various TV shows &amp; films. Most notably it was featured in the 2008 film The Escapist, as a fictional London Underground station called "Union Street", which was said to be on the Northern Line between Elephant &amp; Castle and Borough. Remains of the film props, such as a fake tube map and a Union Street tube roundel, can still be seen pasted to the walls of the station. The props date from 2008, and are not part of the original station. In 2009 the subway and station was the venue for an art installation, Chord, by Conrad Shawcross.


The Explore​
​
This was a short but sweet explore that we did while on the way to something else. I did this one with my missus &amp; partner in crime Vixxie , as well as @extreme_ironing . We started off the night with a quick round in one of the local watering holes, to give us a spot of Dutch courage &amp; to catch up with goings on &amp; such. We then made our way over to the entry point, which was rather fun to say the least. It’s pretty pedestrian as far as this type of splore goes, but it’s still a rather bait affair. Needless to say, the Dayglo invisibility cloak was in full effect!

Once we were all in, we had a scope of the area. Having heard about a lot of activity at one end of the place, we were slightly on edge. We decided to go over to the other side first, &amp; soon we arrived at the old poster boards. They look pretty plain in themselves, just large metal panels with a surround, but together with original cream &amp; olive green brickwork, you could easily imagine what it was like when the place was in operation. I took a couple of shots from here, which wasn’t easy. I imagine it would have been some time ago, that is until someone fucked a giant concrete wall through the middle of the platform!

After this we got to a large open room with pillars running down it. Walking through got progressively difficult, with the sloping ceiling tapering to nothing at the far side. Half way down we found a little tunnel offshoot which we crawled into. The tunnel started to curve around quite sharply, we worked out that this is where Kingsway becomes the Strand. After a bit of a tight walk through, the tunnel came to an abrupt end. Rested against the wall was a workman’s ladder, which lead up to what looked like a ledge. Being rather curious I decided to go up &amp; have a look. Up top there was a large plastic cover which capped off the space, I thought “that’s odd”, &amp; so I pulled it up to have a look. What I didn’t realise is that it wasn’t a ledge or crawl space at all, rather the top of the wall, &amp; over the other side was the busy road tunnel!

With nothing else to see there, we headed over to the money shots, which were the fake Union Street roundels &amp; propaganda posters. Even though they aren’t real, seeing them still gives you that sense that you’ve found something special. I especially enjoyed the poster board, which was rammed full of old wartime posters &amp; fliers. What I didn’t know about &amp; what was a nice find were all of the old cast iron street lights piled up along one side. It seemed a shame that they weren’t being put to use, but part of me was thinking it’s nicer to see them here than painted up all new like on the streets. We gathered a few more snaps of the place, whilst being cautious of movement further along the tunnel. Not wanting to push our luck, &amp; needing to continue to the next location, we made our way back out. 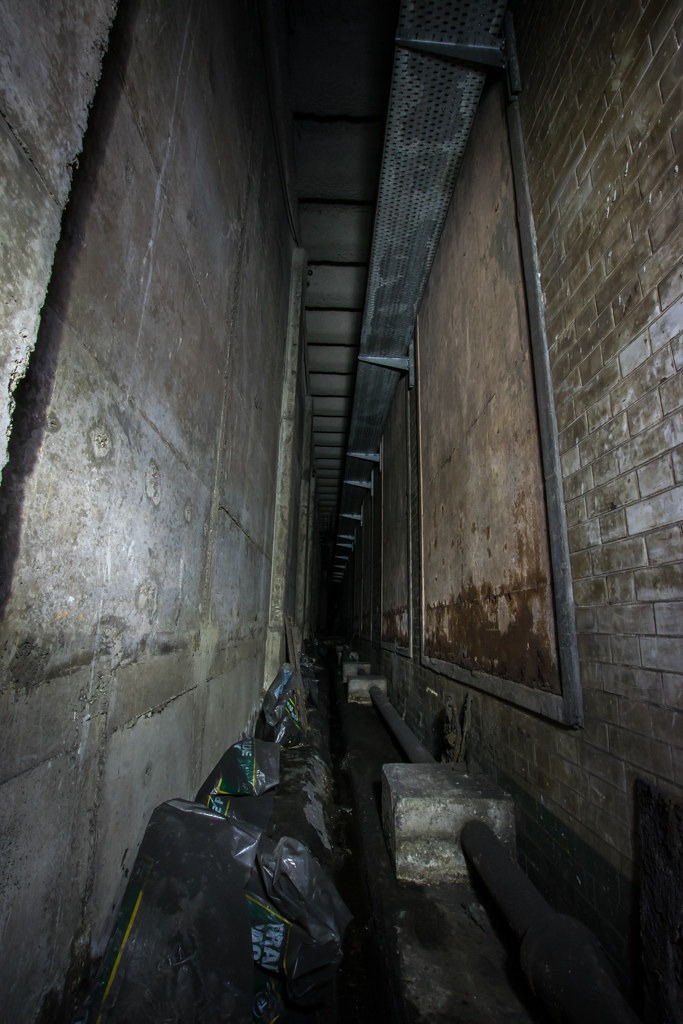 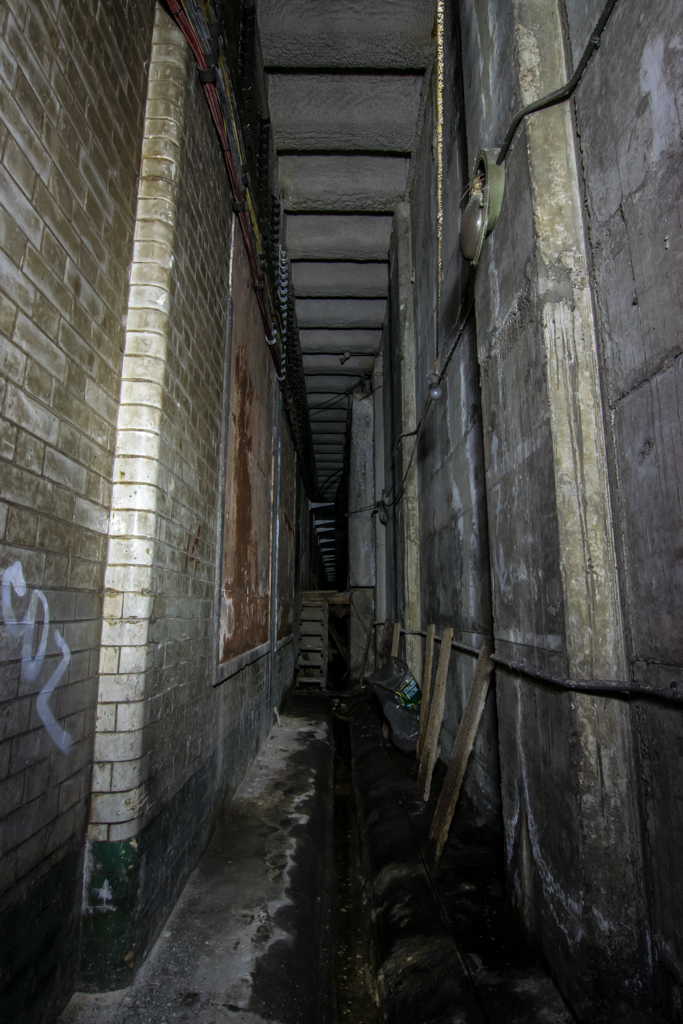 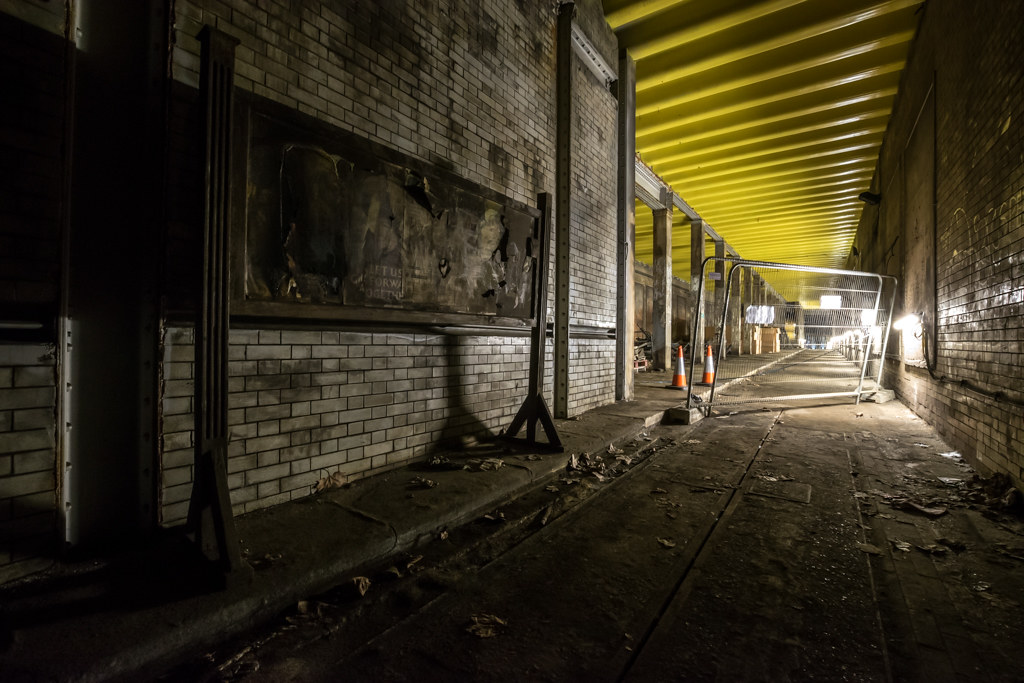 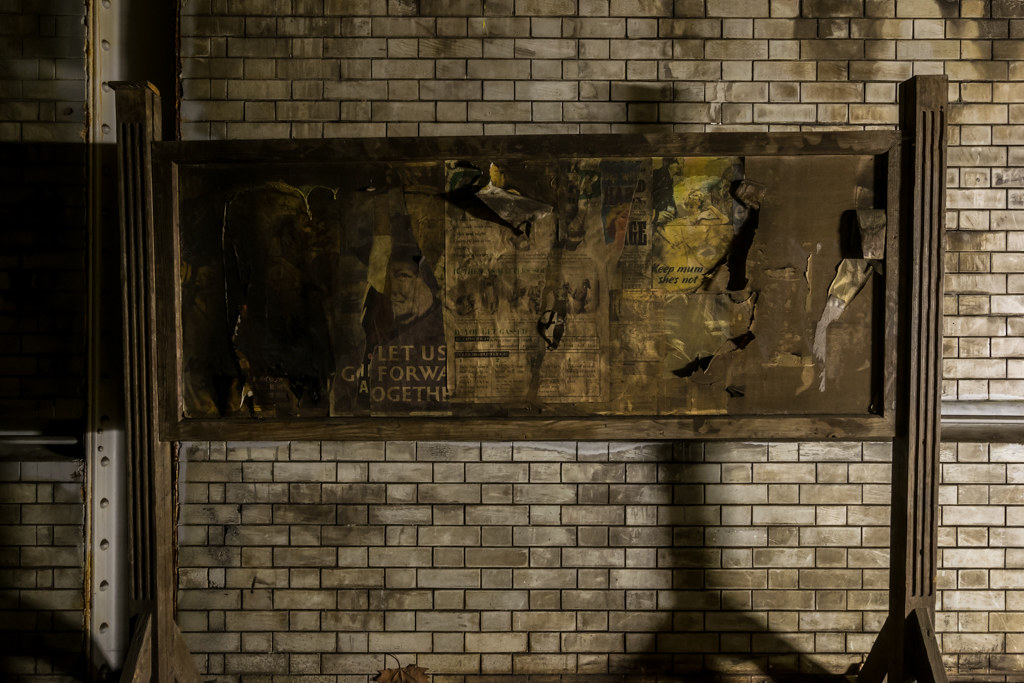 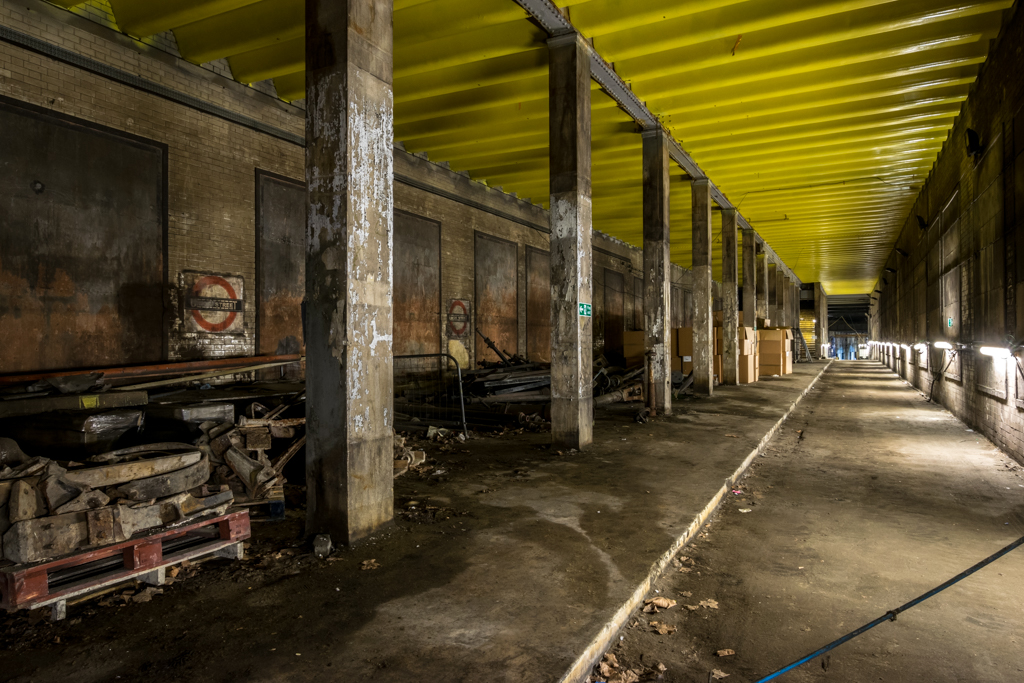 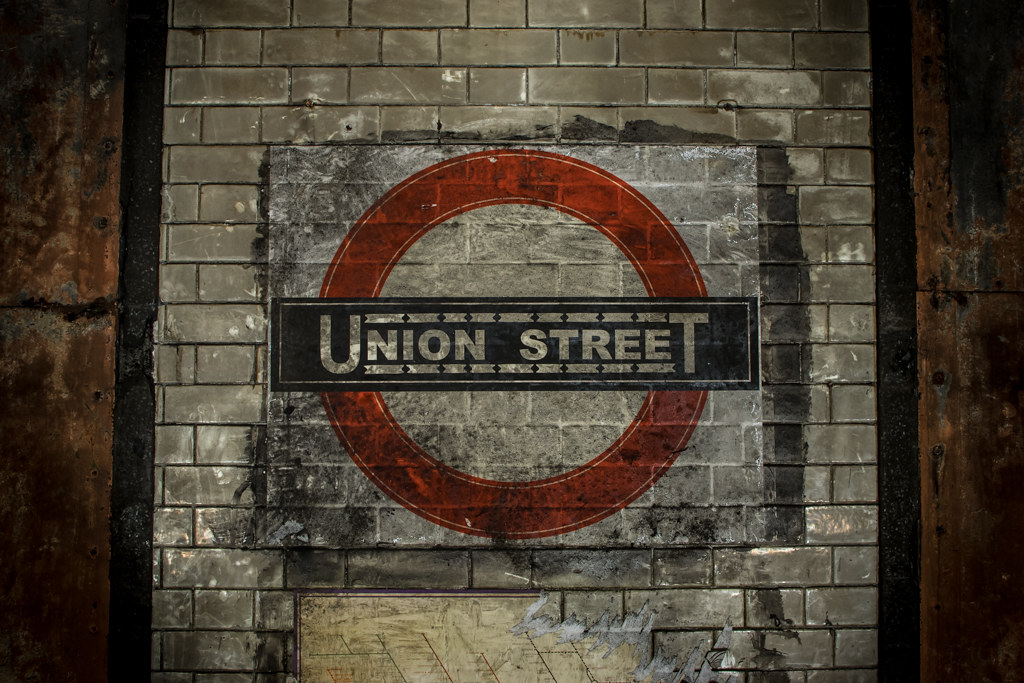 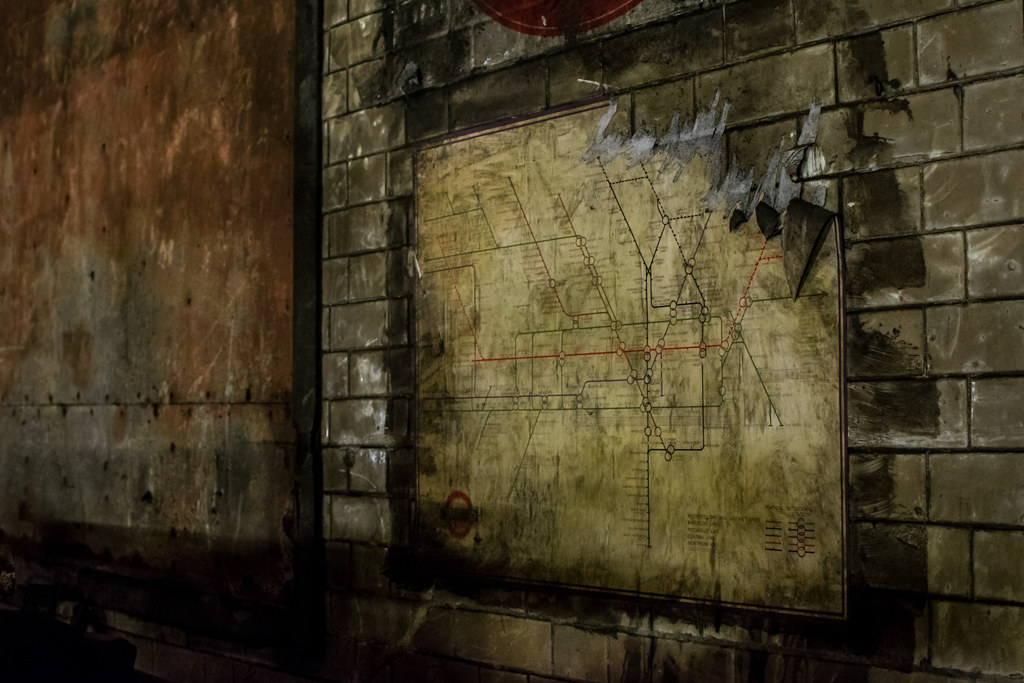 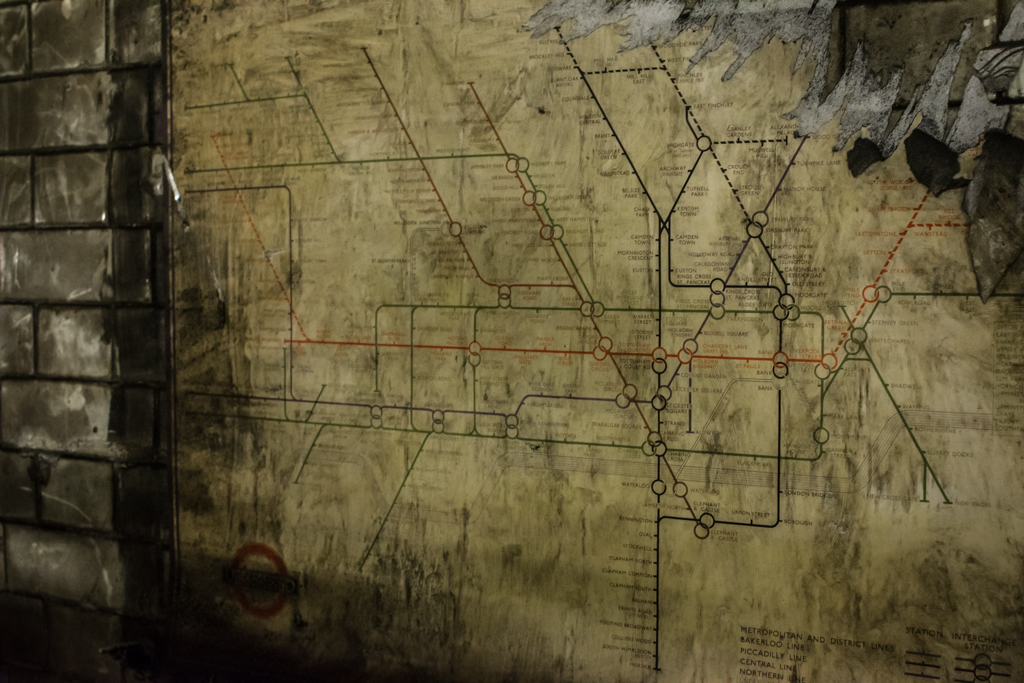 Looks like a cool stop off this man  Cool shots!

Pun intended?! Cheers man, it was a fun one for sure

Cracking report and pics..cheers me dears

Nice one on getting this done mate!!

DirtyJigsaw said:
Nice one on getting this done mate!!
Click to expand...

Cheers @DirtyJigsaw, it's been on the cards for a while. It's a cool place man

Interesting place there, the roundels from the movie are cool.

AndyK! said:
Interesting place there, the roundels from the movie are cool.
Click to expand...

Yeah it's a nice one for sure, it'd be cooler if the roundels were real. If I'm to see some proper roundels I'll have to get a bit braver!

You really should @Maniac, it's a piece of piss to get into &amp; worth doing if you're in the area

Pinkman said:
Pun intended?! Cheers man, it was a fun one for sure
Click to expand...

Ill be honest i didn't but kinda wish i meant for it  Definitely need to venture down south more often!!

Nice place &amp; history. I like the rotted map.

Cracking write up, and love the pictures - especially of the map.

Surprised that hasn't been yoinked yet.

This is an excellent report

Must have been great to see this place first hand