For bunker fans only really..paid a visit after doing another fag run to Belgium..

The Blockhaus d'Ãƒâ€°perlecques is a Second World War bunker, near Saint-Omer in the northern Pas-de-Calais dÃƒÂ©partement of France and was built by Nazi Germany under the codename Kraftwerk Nord West (Powerplant Northwest) between March 1943 and July 1944,and was originally intended to be a launching facility for the V-2 (A-4) ballistic missile. It was designed to accommodate over 100 missiles at a time and to launch up to 36 daily. The facility would have incorporated a liquid oxygen factory and a bomb-proof train station to allow missiles and supplies to be delivered from production facilities in Germany. It was constructed using the labour of thousands of prisoners of war and forcibly conscripted workers used as slave labourers.

The bunker was never completed as a result of the repeated bombing by the British and United States air forces as part of Operation Crossbow against the German V-weapons programme. The attacks caused substantial damage and rendered the bunker unusable for its original purpose.The bunkers` true purpose was not actually discovered until after the war,and is today privately owned.

After a walk round a long path taking in various guns and bombs etc,we first glimpse the bunker..its huge! 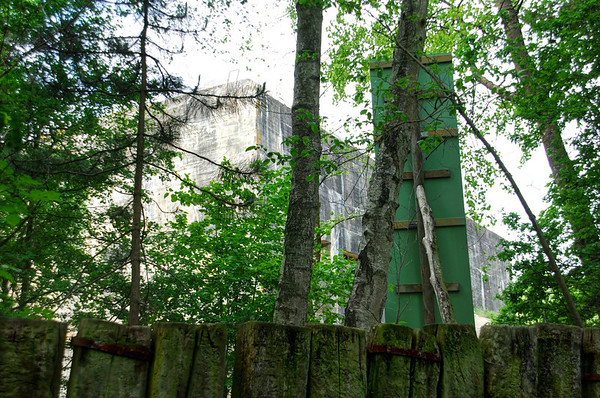 It certainly is a biggun eh..the slave labour used in the building of this worked 12 hour shifts round the clock 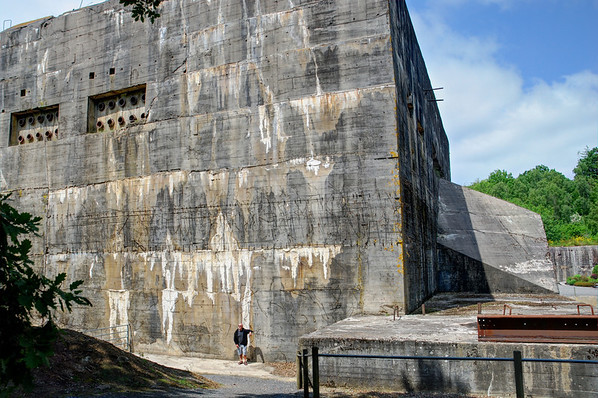 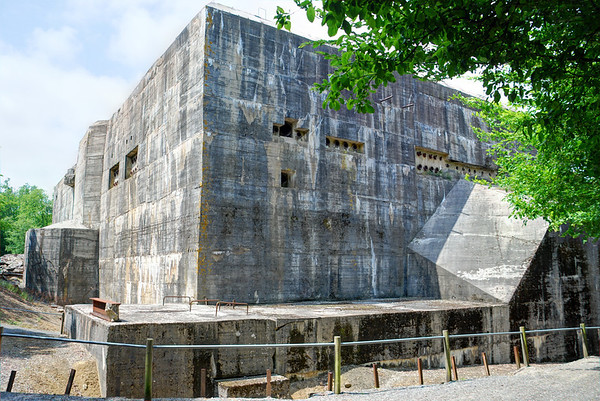 When the English and Americans unleashed their Tallboy Earthquake bombs they all hit the barely set concrete of the train station..this is all that remains of one track

This drawing kinda helps with the layout..the bunker largely escaped the Tallboys,but the wrecked Train station meant supplies were halted 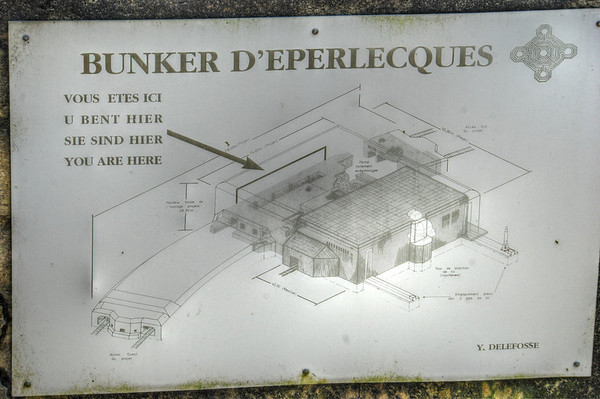 A smaller bomb caused a large hole which to this day still has the debris underneath in a waterlogged pit..you can see the reflections of the hole 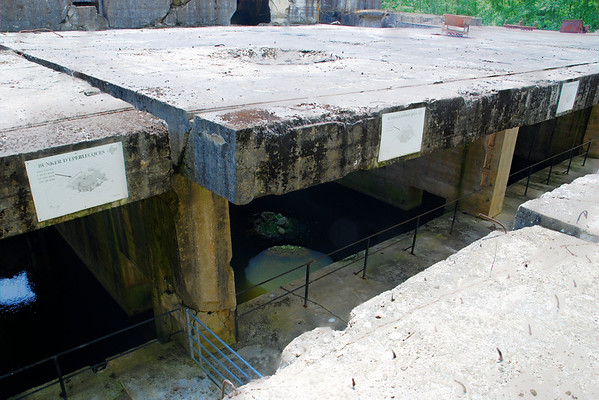 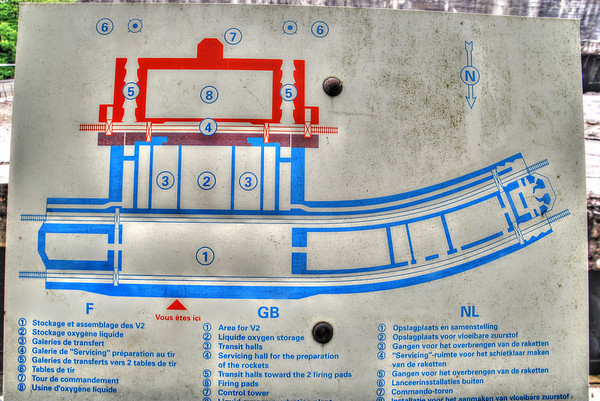 This was used to lift the concrete up onto barrows on rail track,then moved on into the bunker for pouring 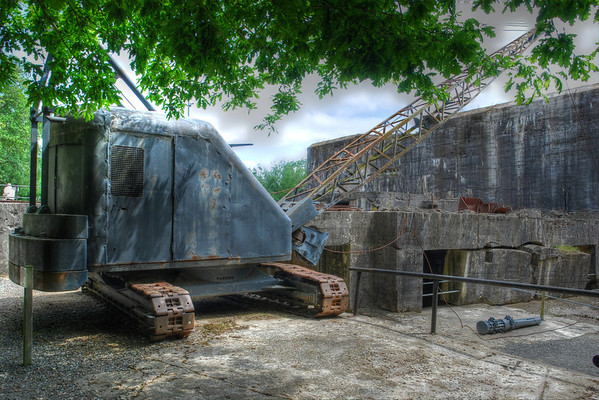 Train station entrance/exit..see how the roof was shattered by the bombing

You can see just how the bombing collapsed the station 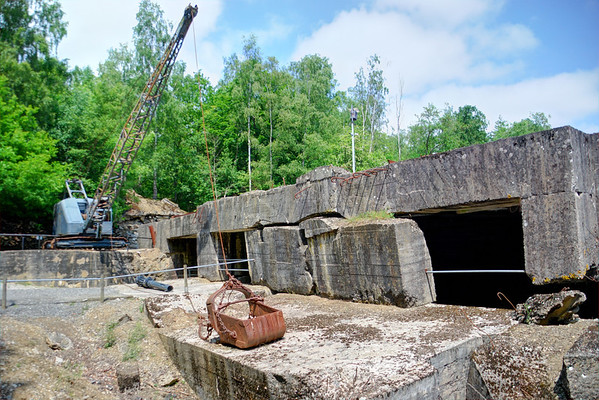 One entrance into the service hall..guess whats next.. 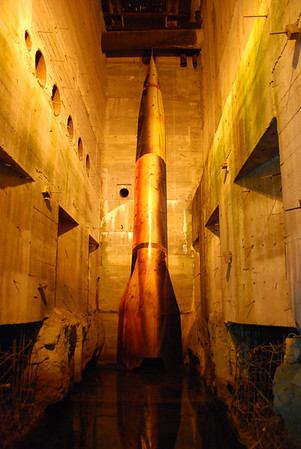 Its reflection in the deep well below 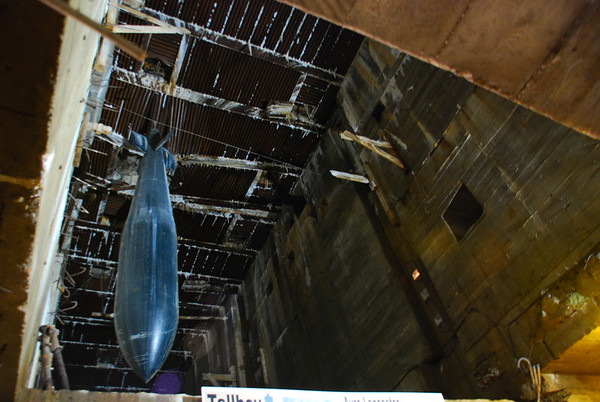 The south side now..the control room would have been front centre facing each launch pad 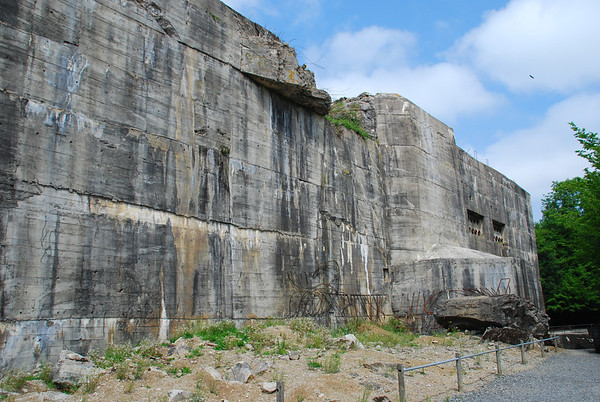 And finally,a V1..also quite nasty with a 160 mile range and warhead of 1,900lbs of lovelyness..not 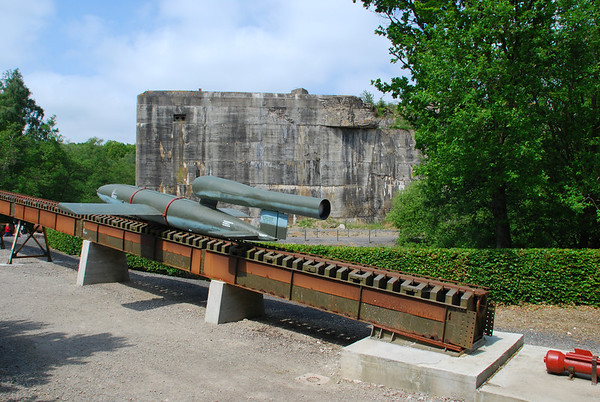 I think its safe to assume,if the Germans had gotten this monster production plant up and running,there would have been 36 V2`s winging their way to the UK per day,which may well have tilted the outcome of the War.
Last edited by a moderator: Sep 18, 2019

Seriously sinister place mate. I do love my bunkers and this was fascinating. There's always something about war relics I find quite haunting. I've heard some pretty horrific stories about the Doodlebug fae people that remember it. I'm told it's not a sound you forget easily.

Thats a cracker of a post Klemps love it

Impressive pictures and place, nice little bit of history there too.

Quality stuff Klemps and a great read too

What a place! not come across this before, glad I did.