In the region of Bourgogne in France there was an old man living in a little village with his 5 dogs and his donkey. Once he has been a successful rallye driver and a car developer working in Nizza.​
He decided to collect the cars he used once and behind his house you could find a huge collection of rarely old racing cars decayed by nature.​
But that was not enough, he also collected cars around his garage and on a little estate a few hundred meters away from his house.​
Firstly we went there in 2016 but the old man wasn't there, so we had no chance to take a look at his sporting car collection and also no way to see his garage.​
Sadly we walked around and by chance we found the other estate few hundred meters away. Once it has been a normal field and now it was a thick forest.​
Never seen old cars became a part of the nature like this before. We were absolutely enchanted of this place and that's the reason why we called it 'Magic Forest'.​
We couldn't finish to shoot the cars cause sunset was coming.  We decided to come back to this wonderful place to meet the old guy and to see his other collection.​
But at our next visit his house was demolished. The old decayed cars were laying on an heap and the digger was still running. We met the daughter of the old man there and she told us that he died.​
She will bring  the hole area back to a field and depollute the cars. The really expensive cars she put into a closed hall and maybe sell it. Damn this was a little shock for us.​
The demolishing of our 'Magic Forest' had already began but fortunately we could see the most of it again for last time.​
Now everything is gone.​
Everyone who shooted cars already knows that it's often not easy with the space and the light. Same here...​
​
​ 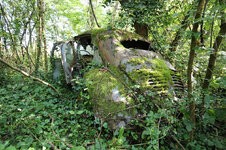 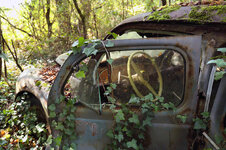 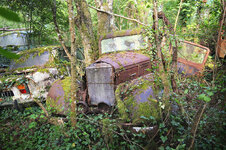 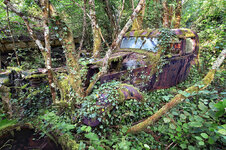 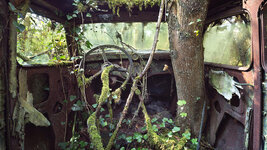 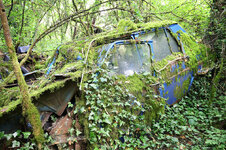 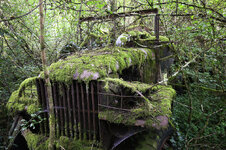 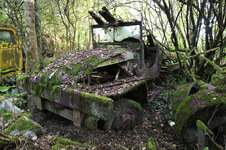 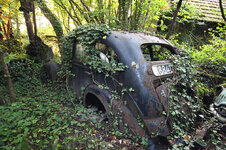 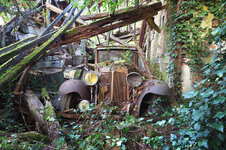 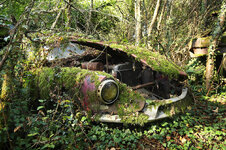 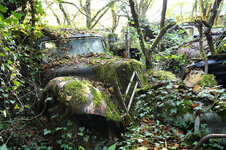 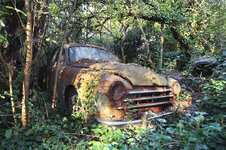 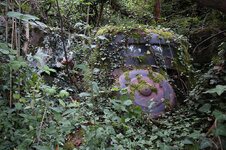 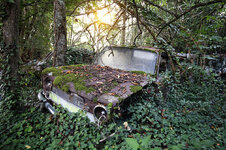 Wow what a fantastic car graveyard, the overgrowth is really cool.

It's a pity that the old and moss-covered cars have disappeared by now. But great, that you could at least see and photograph them before. Wonderful shots!