History​
​
In 1919 Leeds Corporation rented Meanwood Park to provide a ‘colony’ for the mentally handicapped, which was formally opened on 3rd June 1920, although the first patient had been admitted in the previous year.  In 1921 the Corporation bought Meanwood Park estate and surrounding land totalling in all one hundred and seventy eight acres, from Sir Hickman Beckett Bacon of Thonock, Gainsborough, grandson of Sir Thomas Beckett.  Originally 87 patients were accommodated in the Hall, but during the following twenty years villas were built in the grounds and by 1941, beds were provided for 841 patients.  The Hall by then referred to as ‘The Mansion’ was used for other hospital purposes.  MPH was taken over by the NHS in 1948 and administered by Leeds. It is now the responsibility of the Leeds Eastern Health Authority and accommodates about 460 residents.​
The hospital was controlled by Leeds Corporation. The Hospital trained nurses in a room in the children’s school.  Male nurses lived on the wards, on the farm or male hostel.  No meals or catering facilities were provided for non resident staff.  In 1946 some villas were used by the military for convalescent cases.​
Most of the Villas were locked.  No child under 14 was allowed to visit.  Relatives and friends were allowed to visit once a month. Patient’s mail was censored in the Chief Male Nurses office.  The CMN was Mr Parson’s.  One free stamp a month was issued to patients.  Many of the patients at that time were literate.  If they behaved they were given a pass which allowed them a few hours weekend parole.  Passes were signed by the Medical Superintendent.  Patients were awarded 6d per week or a bar of chocolate.  The Chief Male Nurse and the Matron were paid on the number of beds.  They had their own sides of the hospital, male and female patients mixed only at dances and church services.​
​
A few historical photo's I found online ​
​ 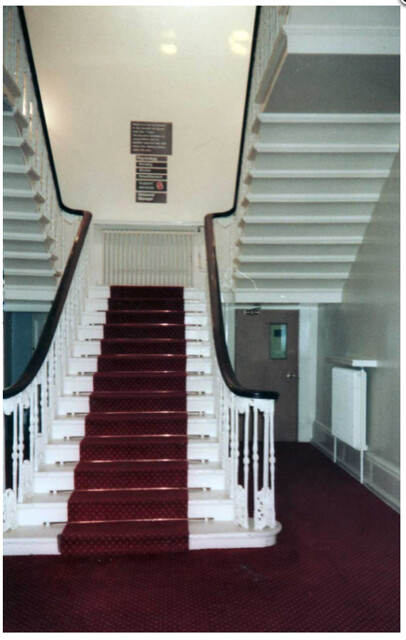 ​
Visit​
​
I visited with @hamtagger at the beginning of December. i'd seen this pop up online and quite liked the look of it. Now I will say, there really isn't much to see at all but I was really happy with the place. The decay was nice and mature, had some nice features reminiscent of its times. The whole place is surrounded by a newly built residential estate with the closest house literally 75 years away from the Hall itself and its like this all around. ​
we had quite a nice leisurely paced explore round it, a really random room in the middle of the place with really modern furniture which threw us a little bit. The explore became a bit smelly about 3/4 of the way through when @hamtagger decided he needed a shit. I'm pretty sure he even killed a few pigeons with the stench! now you'd think that with a nice airy building the smell would disappear quite quickly and I'm not one to be bothered much by smells but even I was heaving. ​
So, apologies to future explorers although I'm sure its safe now! ​
​
1​ 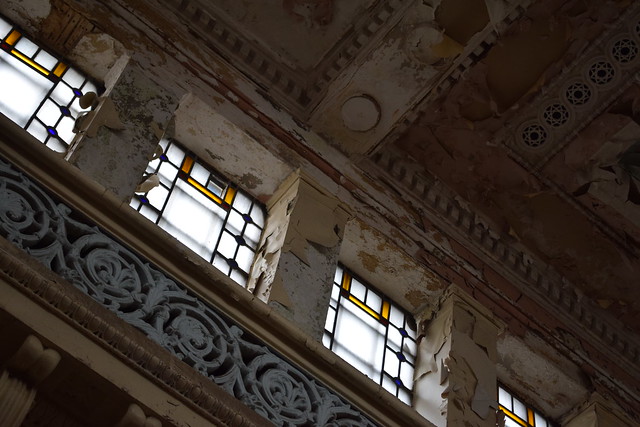 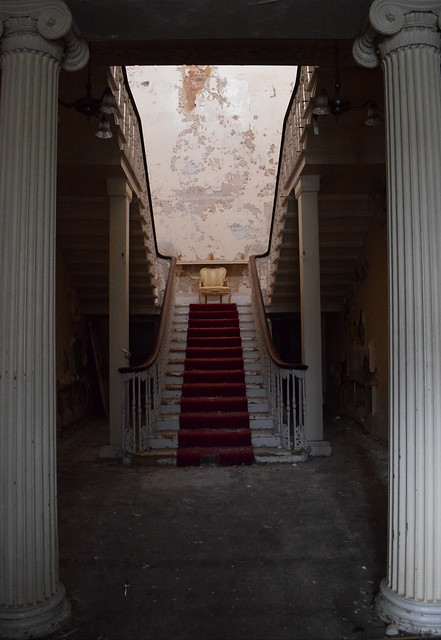 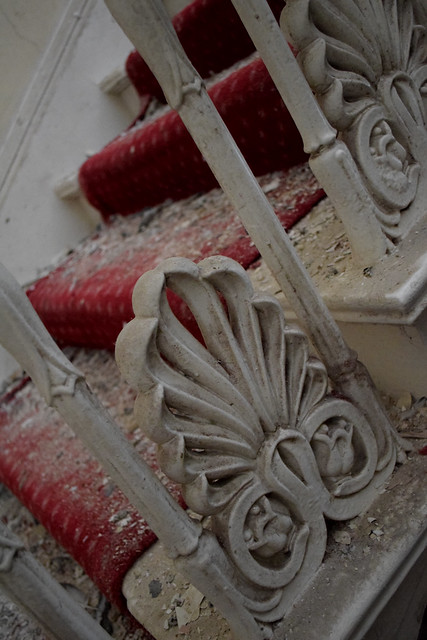 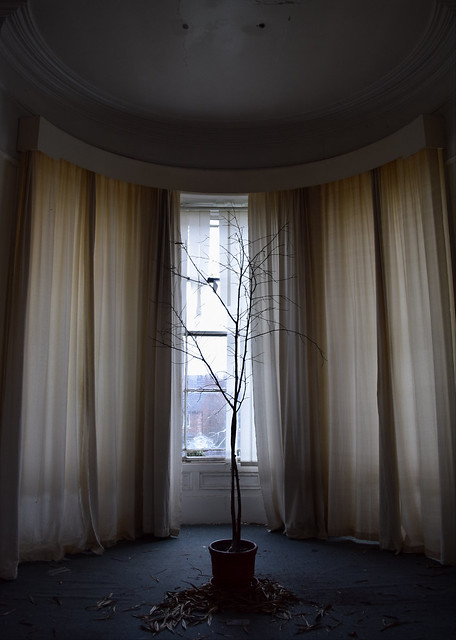 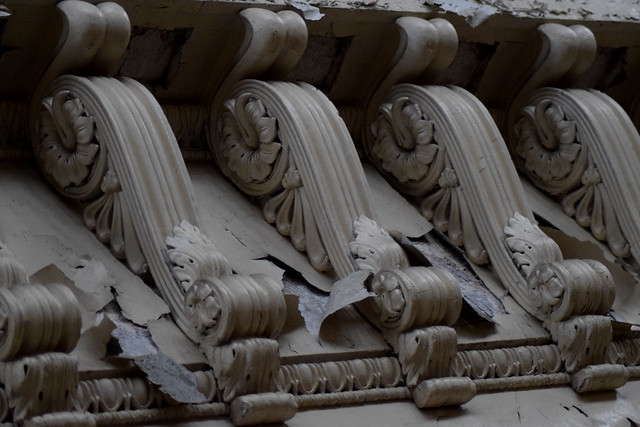 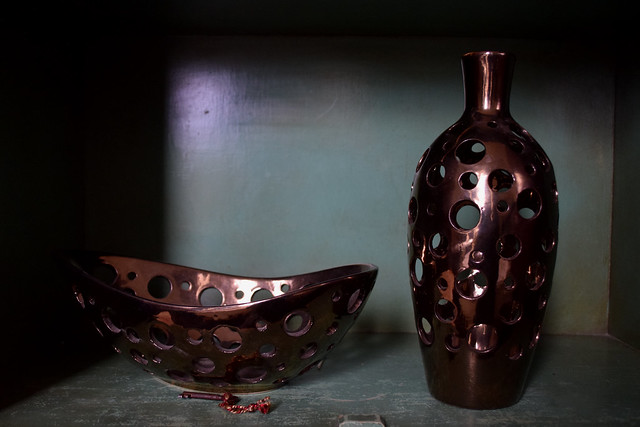 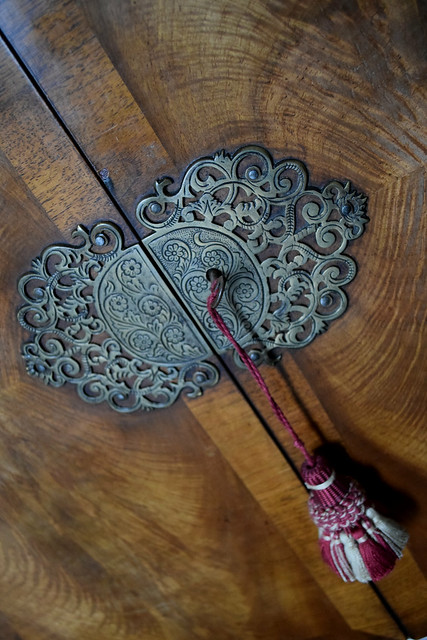 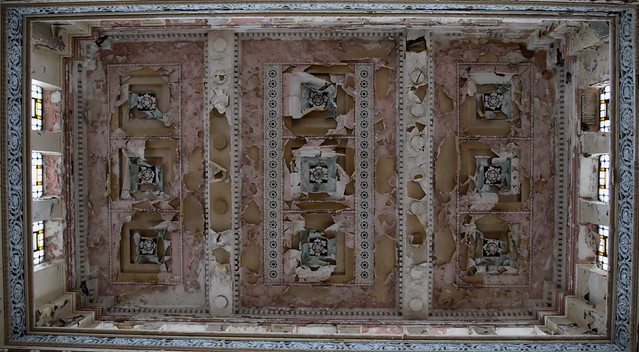 Brill write up, some interesting history there. Loving the staircase too, very well covered

Thats a lovely staircase and some nice decay too.

The architecture and the decay are looking great, especially the staircase.

Yep agree with rest. Nice post matey. All the best.

Great pics as per  Amazed it was all natural derpage too with little, if any signs of the local youths.

Thanks you lot Quite enjoyed the place

I live in the area and the police are now arresting people who break in. It was boarded up recently so you have to force entry in and therefore arresting people. There was an entry last week and they are investigating and have cctv
You must log in or register to reply here.
Share:
Facebook Twitter Reddit Pinterest Tumblr WhatsApp Email Share Link