After countless trips around the UK to visit various mines and quarries, it begged the question as to what is located closer to home as there must have been mining activity around Kent. Throughout the area there are extensive underground coal mines and their history is well documented with some of the topside sites now sitting abandoned. All coal mines were capped to prevent access and with obvious hazards like gases and lack of oxygen, these locations are not accessible nor are we able to explore them without some serious kit and knowledge of the risks associated.

I have spent much time this year researching and searching for mines and quarries in Kent which may still be existent below our feet. Which is what leads me to this place.

I started to find reference to chalk, sandstone, and ragstone workings across Kent although they are few and far between.

Some years ago we had managed to successfully locate and explore an abandoned chalk mine at Manston and another much larger chalk mine at Eastry (both of which I believe have been reported on).

Next I began to research the old ragstone workings located in Westerham and with various members and repeat trips we managed to explore most of the main workings.

Next we moved into North Kent where I had been researching another large chalk mine, again we successfully gained entry and posted a report here.

I am sure that there is more to be found with regard to mining activity in Kent although for me there was one last major piece of the puzzle. A sandstone mine based in Medway was the target.

For years there had been talk of a set of tunnels based under Medway and there was even discussions on the forums about these tunnels that seemed to have disappeared with no trace.

Although I had always been aware there was something there and had discussions with other explorers over the years, I had never put any real effort into finding them.

I began to research the rumored tunnels and found a few interesting leads to investigate. I travelled up to Medway with a non-member Trav a couple of times and spent hours searching the area for any trace of an entrance to the underground workings.

Eventually we had what we needed and made our way home to devise a plan. A few weeks later we returned to explore the underground workings and after a small amount of digging we managed to gain access.

The last documented access to the mine was in the early 90â€™s although there was evidence that people have got in there since then due to graffiti in different areas and rubbish left lying around. Despite this we know that the place has not been accessed for a good few years and has almost become completely forgotten and lost.

For those of you that donâ€™t know any of the history:-

Kent is not particularly well-endowed with underground stone quarries but ragstone was worked as a building material, at least since Roman times, and is used extensively throughout the county.

In 1990 Kent Underground Research Group) got permission from Maidstone Borough Council to re-open the ragstone quarries in Mote Park.

Maidstone, like East Surrey, has its legendary tunnels that run for improbable distances between impossible locations, which suggests the likelihood of substantial underground workings existing somewhere. The Mote Park quarries were sealed with a huge quantity of rubble and hardcore in the 1960s.

The idea was to excavate the rubble out of the fissure until the expected open gallery was reached. The fissure had draughted strongly during digging operations, suggesting open passage existed not far away from the digging front.

Access was finally gained on August 26th and what was seen were in many ways similar to the firestone workings in Surrey. There were probably about 1000 metres of passage, though not all of the mine was explored.

It will be interesting to see how the workings compare with the East Surrey firestone quarries. Firestone was widely used for carvings and reasonably intricate decorative work in buildings such as churches. Ragstone was more often a basic building material, and did not usually lend itself to more than simple shaping, and was certainly not used for fine work to any real extent.

Once inside the workings it was easy to see why the mine had been sealed years ago as we found it to be quite unstable and so we had to carefully navigate our way through crawl spaces without disturbing any unstable sections.

After about 10minutes of crawling through tight gaps and over deadâ€™s then we reached the main haulage route which was a lot larger in size and had been built up with walls of dead rocks to either side.

I have now returned to the mine a number of times with various members in order to push on and explore all of the workings. I am confident that we have now covered the whole system and although there is little in the form of minerâ€™s tools, rails, etc. We did find some large fossils, wooden props supporting the roof and natural fissures which were all nice to see and definitely made the explore worthwhile.

Again, it just goes to show how rewarding this hobby can be when you put in the effort, research and persistence. Massive respect to Trav (non-member) for all the efforts he put into this one with me as he was on the case from the moment I mentioned the place, and to Hermy for helping us get in.

Finallyâ€¦.here are some pictures for you to enjoyâ€¦. 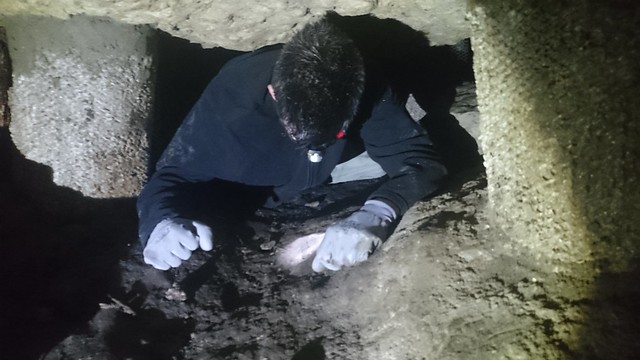 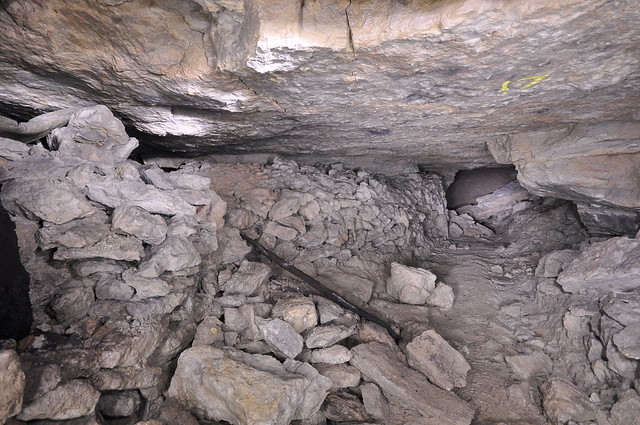 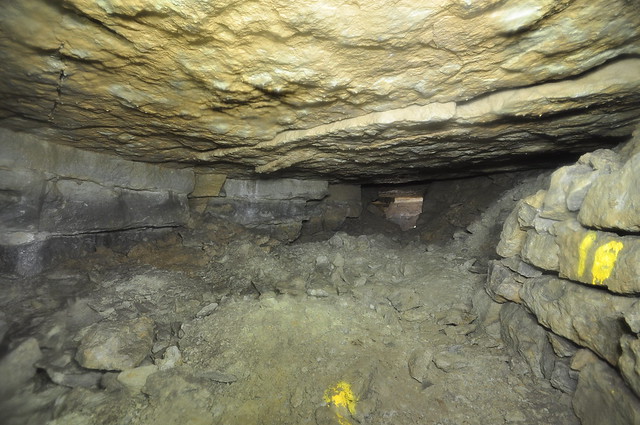 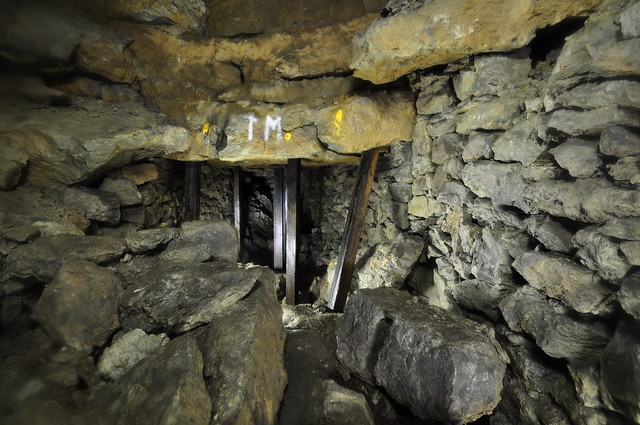 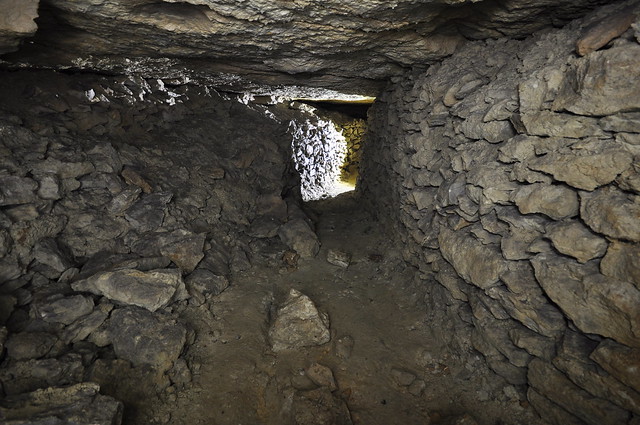 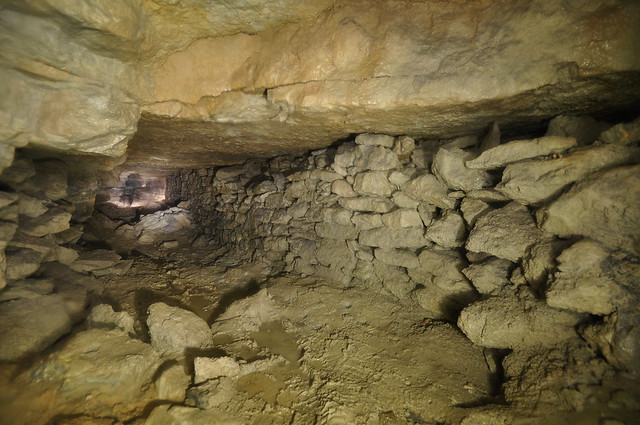 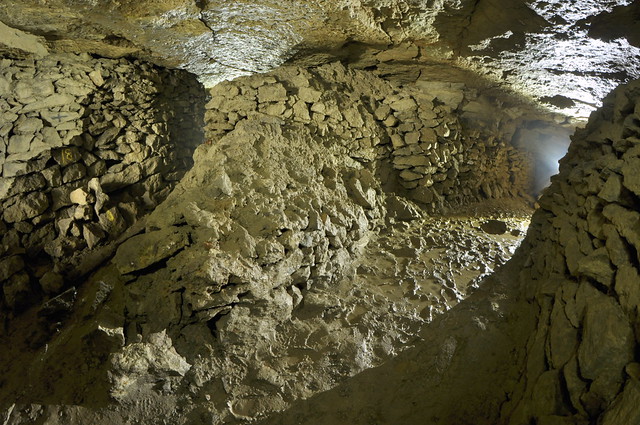 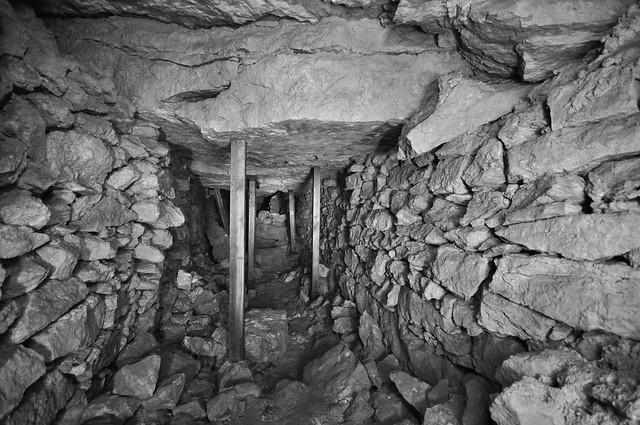 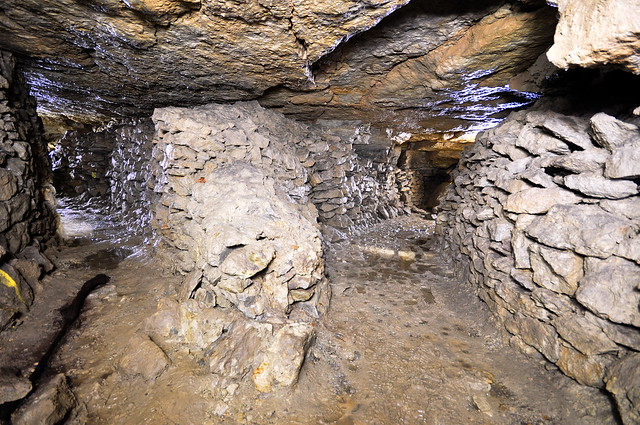 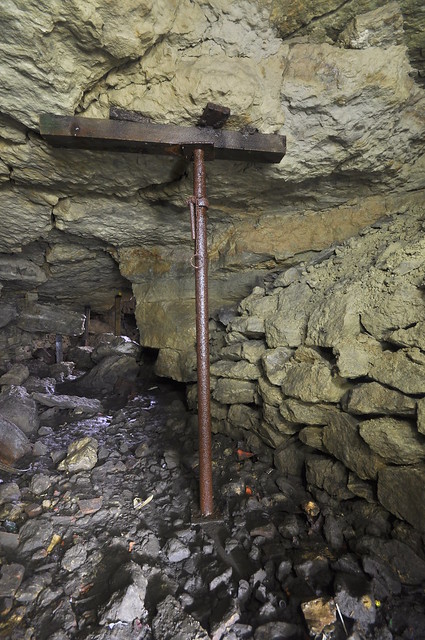 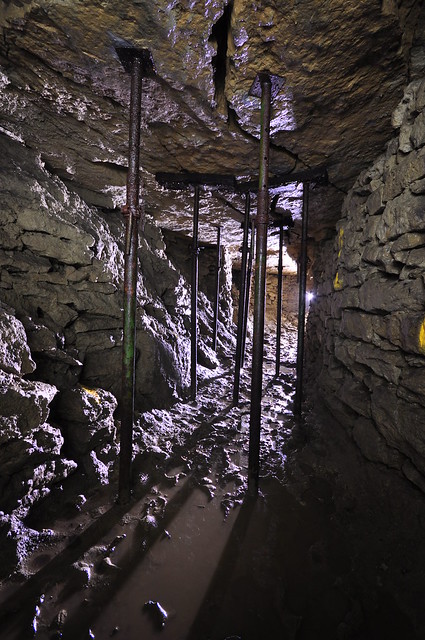 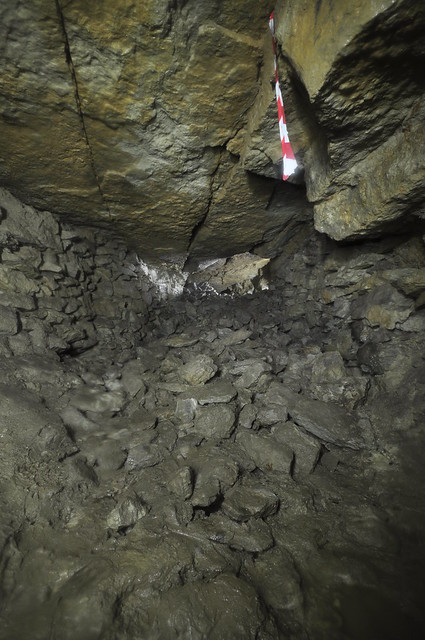 Now there's dedication for you!

Great work on the research and getting in the depth of the place at last.

Also so good to see.

Thanks for the share and wishing you a happy Birthday

Not a place you see too often and very well documented.

ah nice one mate i hadnt realised youd put one up here so i did one earlier..

Nice work tho mate its a proper nice explore this if a little unstable,your shots do it justice!

cheers for the comments guys. Yeah I would definitely say you don't see it often as I am local and have never seen it, nor has any locals I know of or explore with I don't think it will be long before they collapse the place in on itself, its proper dodgy down there.

again, cheers for the comments all. Was very unstable in places but a beautiful location.

Lovely and tight in there, superbly lit place, looks good!!

Great photos and a great find.

I'm local to the area and have lived in Maidstone all my life but nobody I've spoken to (including a friend whos house may well sit right over the tunnels) knows anything about this.  Having done some research and a few visits, I've since found where these are, but I'm intrigued... The 1991 entrance is very obviously inaccessible.  Did you get access from the quarry face itself or some other means?