Mount St Marys Roman Catholic Church built by architect and inventor Joseph Hansom. In 1829 the Catholic Emancipation Act was passed, and in 1850 the Catholic hierarchy was restored in England with the country being divided into dioceses, each with a Bishop. There followed the construction of many fine churches and cathedrals. Mount St Mary's is one of the architectural treasures of the city of Leeds. It is a grade two (starred) listed building dating from 1852.

The church stands high on the crest of a Hill and can be seen from many parts of the city. The slope below the church had been known for hundreds of years as 'the Bank'. For many, Mount St Mary's is the Famine Church, the original chapel was established at a time when Ireland was only beginning to recover from the Great Hunger brought on by the failure of the potato crop in successive years from 1845 to 1851. Hundreds of families, many of them suffering from the effects of starvation and 'famine feverâ€™, found home in what became Mount St Mary's parish.

Mount Saint Mary's stands in a district of Leeds, this high ground dominates Leeds and had originally been used as farmland but by the late 1840's it had developed into an industrial area densely packed with mills and workshops whose tall chimneys billowed out smoke which all but obliterated the sun and choked the air.

As the church sits on Richmond Hill, it is exposed to strong winds. In December 1894 and February 1962, the church was damaged and needed to be repaired. From the 1930s to the 1950s, the church was renovated. Major repairs and renovation also took place from 1980 to 1981. In 1953, during renovation work, an old coal mine was discovered underneath the church. A mine shaft, that could be accessed through the sacristy, was blocked off during the church's construction. Leeds Council had no records of the mine, but it did confirm a local suspicion that a nearby coal mine once existed. A study by Leeds City Council in August 2007 recorded that more than one mine exists, at three different levels, dating from the late 1600s to 1877.

With the parish population shrinking and the cost of maintaining the church increasing, the Oblates decided to withdraw from the parish. The bill of repairing the church was estimated to be Â£1.5 million, which was considered to be too expensive for a church with a reduced congregation.

In June 1989, the Oblates of Mary Immaculate handed over administration of the parish to the Diocese of Leeds. It was deconsecrated on the departure of the Oblates. Together they worked to sell the church and hoped that it would still be function in a different role for the local community. In 1996, it was sold to Sanctuary Housing Trust for a nominal amount. Since its sale it has remained unused. Scaffolding is visible around the church, showing that only essential repairs to make the building structurally safe have been carried out. 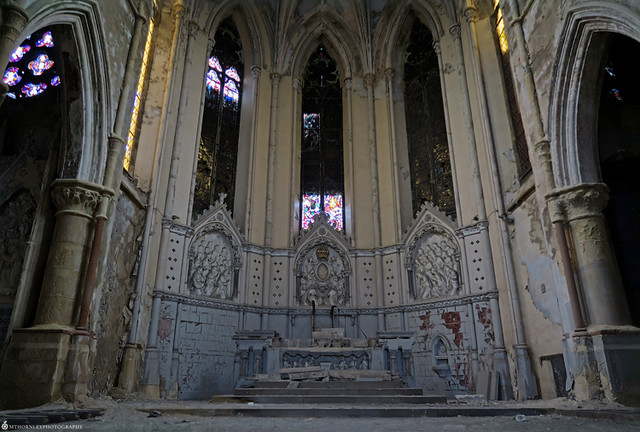 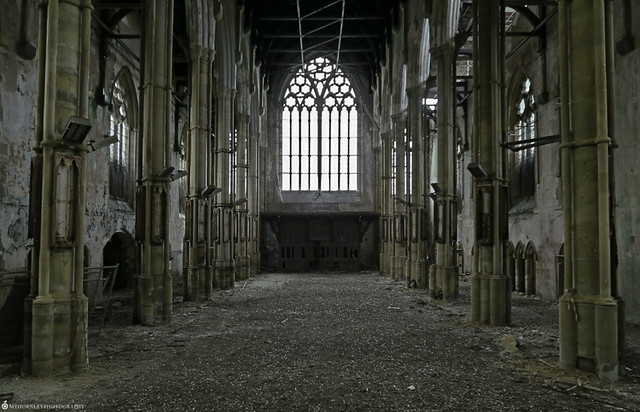 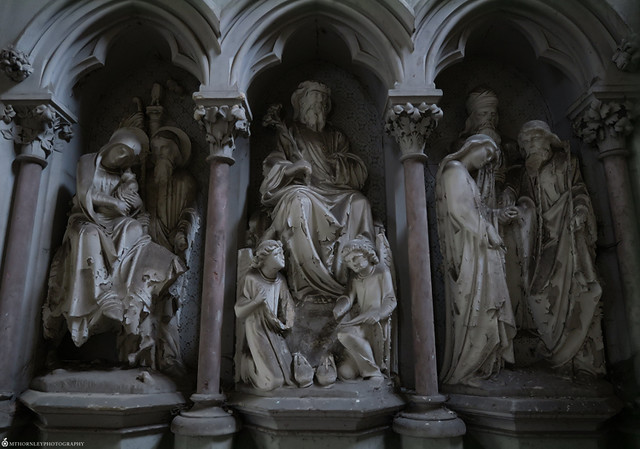 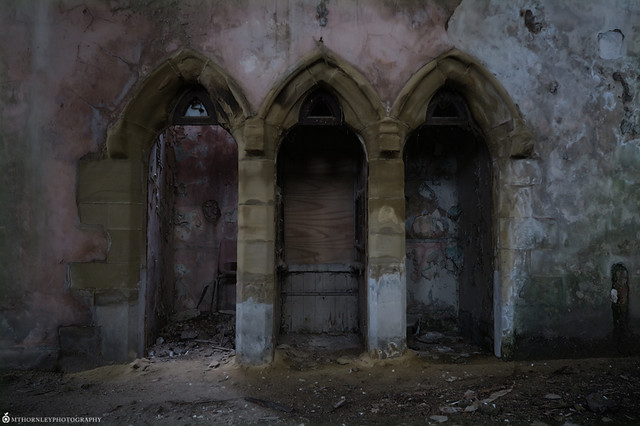 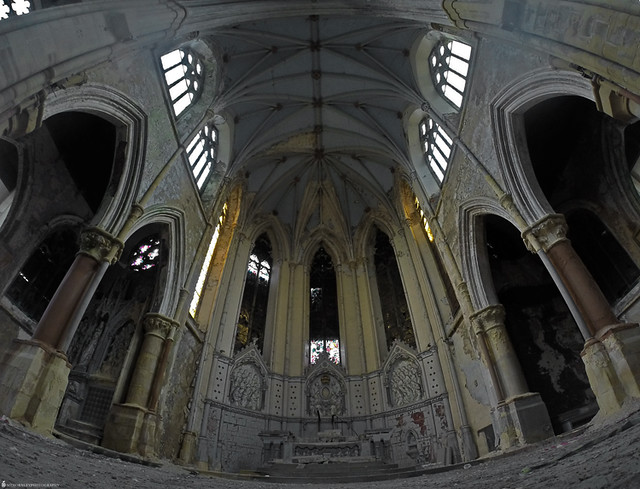 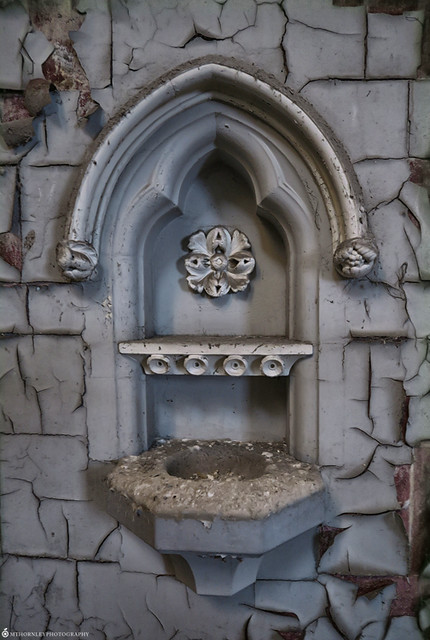 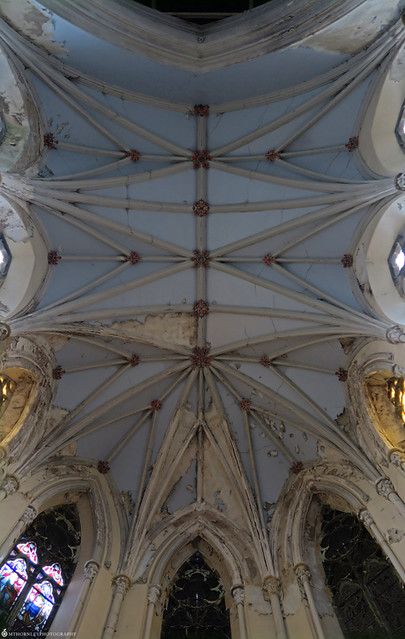 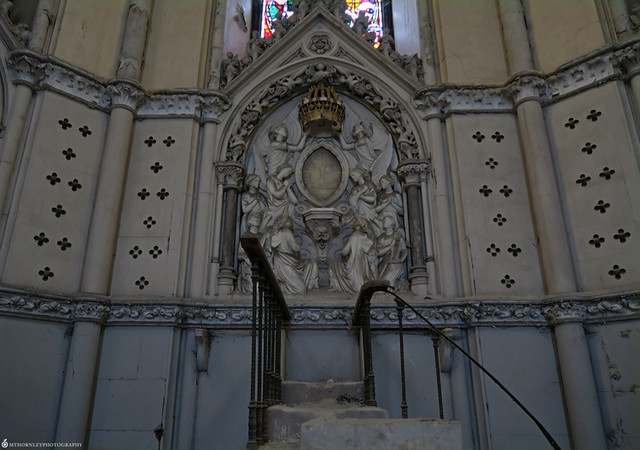 Visited with Mr Common zero urbex something on the wettest day that year I reckon oh and only had phone and dying gopro and G7x, so only snap shots, revisit needed. Was 4 or fifth explore of the day, be nice to hit this in the morning with the sun coming up.

Thanks for looking folks

A really nice write up and shots there Mick.

A really nice write up and shots there Mick.Cool share mate

Thanks, getting better at these report things, if I do say so myself. Not been out much this year, that needs to change.

Cool write up and pics there bud, enjoyed this one

I love this architecture.

This is stunning!! Love all of the pics, I like a nice church.

Lovely place, some good photos and a piece of History of this Church makes it a great report.