“Originally the station [Otahuhu A] was designed to be maintenance free but this proved to be a fallacy early on. Although we all knew very little about gas turbines, we learnt quickly that there was a great team environment” (Allen Morrison, former generation technician).

Otahuhu Power Station is located in Otara, in Auckland, New Zealand’s largest city. The site holds two decommissioned plants: Otahuhu A and Otahuhu B. Otahuhu A, a gas turbine plant, was constructed in the 1960s. When it became operational in 1968, it had four 45 MW gas turbine units and, for three years, it contained the largest turbines in Australasia. Two additional units using Rolls-Royce Olympus gas turbines were installed in 1978, to cope with the demands of a rapidly expanding city. The turbines in Otahuhu A were retired from electricity generation in the late 1990s. However, they remained in service to provide reactive power to Transpower NZ, the owner of the national grid. Active power is the energy used to power our homes and various devices, while reactive power is used to regulate voltage in an electrical power system. This prevents damage, such as the overheating of generators and motors, reduces transmission losses and helps to maintain the ability of the system to withstand and prevent voltage collapse. The turbines were finally decommissioned in November 2013.

The Otahuhu B site was commissioned in January 2000 at a cost of $350 million. It was a natural gas combined cycle plant that used a Siemens V94.3A(2) gas turbine in single-shaft configuration. When it was first commissioned, the plant capacity was 385 MW; however, upgrades to the equipment had to be made in 2005 to increase the amount of electricity being produced by the plant. It’s capacity subsequently increased to 404 MW.

Otahuhu B was still a relatively new plant when it closed its doors in September 2015 (it had only been run for half of its expected life). Sadly, of the thirty-three people working at the plant, fifteen were left without jobs, while the rest were transferred to other Contact sites. According to Contact Energy, the former owners of the site, the plant was turned off due to the increasing development of renewable energy across New Zealand, such as the new Te Mihi geothermal power station. One report also indicated that ‘New Zealand has a surplus of generating capacity at the moment and this means that generators have less control of the price. To make money they need to keep the system on the edge of a shortage. Shutting down Otahuhu is consistent with this objective.’

Otahuhu Power Station was sold to Stonehill Property Trust for $30 million in February 2016. Both plants are due to be cleaned of asbestos, dismantled and sold off as scrap. It is expected that the land will eventually be sold off for commercial and industrial use.

It recently came to our attention that the old Otahuhu Power Plant closed its doors back in 2015 and is now due to be demolished, so we decided to go have a wee look. Having heard that demo work was already in progress, though, we weren’t expecting to find much, especially after catching a rumour about the police blowing up the control room as part of a training exercise.

Our first glimpses of the site showed our speculations to be accurate. Site A, the oldest part of the power station, is currently semi-demolished and it has many, many holes in it. Obviously, this made accessing it very easy, but we were a bit disappointed to find we’d missed out on our chance to see the turbines. Nevertheless, as with most power stations, there was still plenty of stuff lying around, so it wasn’t a complete waste of a journey. The control room was certainly interesting too, for it did indeed look like someone had lobbed a few grenades around in there. Nevertheless, after spending a good hour on the site, we decided we’d revisit the site during the day the following day, as it was difficult to take photos and not get caught waving torches around – especially when the building didn’t have much of a roof left.

We returned the next day and gathered the snaps we’d been after. Then, we decided to head over to site B, the newer plant. At this point, we weren’t sure whether the site was closed or not, since there were two car parks nearby and they were full of cars. What is more, all of the lights were still on, and a few machines were still casually humming away. Yet, despite having initial reservations, we crept onto the site, albeit very slowly. The entire place looked like a live power station; it seemed as though it could be put back into operation tomorrow, and it felt like we were going to accidently bump into someone – a worker or security guard – at any moment. There was some evidence that demolition work might have begun from the outside, or at least some redecoration work, but we really weren’t sure which at this point.

We must have been on the second site around two minutes before we noticed that we may have wandered directly into the path of a camera. That’s what worrying about bumping into workers does to you… Nevertheless, rather than run away we decided it would be worth the risk to crack on and get inside the main building. After all, opportunities like this only come round every so often. So, that’s what we did. In the end, we’re glad we did because inside we found ourselves surrounded by fine quality industrial porn. We spent the next forty minutes or so convinced security would be onto us at any moment, so every single sound made us stop in our tracks. As it turned out, though, no one turned up to give us a bollocking and escort us off site, so, all in all, it ended up being a great explore. 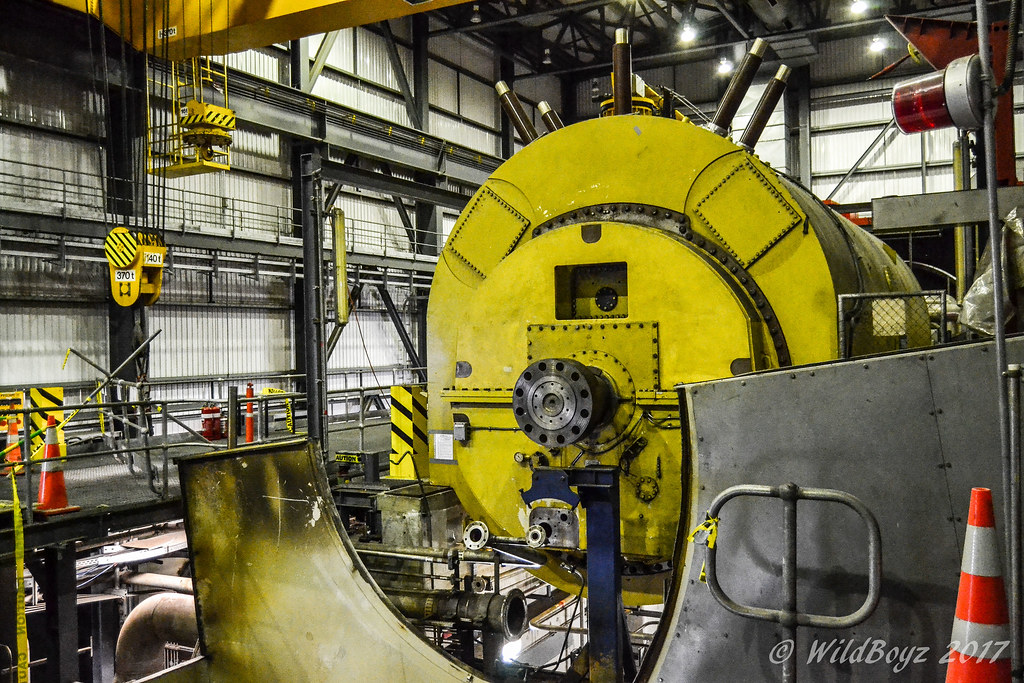 Interesting place. I especially like the pics from #33, also the light on pic 13.

Belter of a report matey - love the write up.

Cheers guys  Thanks for looking.

It looks like they have stripped quite a bit more out since I was there .