THE AUTHOR WILL TAKE NO RESPONSIBILITY FOR THE INEVITABLE PIG RELATED REFERENCES IN THIS REPORT. THESE REFERENCES MAY PASS AS 'HUMOUR' OR MAY CAUSE OFFENCE DUE TO THEIR CRINGE WORTHY NATURE AND INSENSITIVE INCLUSION

The UK pig industries Development Unit, just outside Stotfold in Bedfordshire was opened by Lord Belstead, Minister of State (Lords), Ministry of Agriculture, Fisheries and Foods in November 1984.

Over the years it underwent many changes but was always at the forefront of research firmly aimed at delivery of practical opportunities, work which could be quickly disseminated and implemented on working pig farms.

At its peak the unit employed 10 staff and had 300 sows. However major changes in the industry and a fundamental shift in the strategy of the British Pig Executive (BPEX) meant it was no longer needed and over the last six months of its life was gradually wound down

The final piece of research work was completed in May 2007, and the site closed sometime in July 2007

A BPEX Director of Pig Industry Development said at the time: "Stotfold has been a huge asset to the industry over the years and we are sad to see it go. "BPEX carried out a major review of its research and development and unfortunately Stotfold didn't fit into the new perspective."

I have been putting this off for ages and ages, despite living in snorting distance. I guess it never looked very inspiring and reports just showed a right pig's ear of place. Seeing a friend in nearby Ayrsley (i thought about asking if she would like to join me for a swell time, but tactfully this did not happen) meant there was no excuse, so off i trotted: 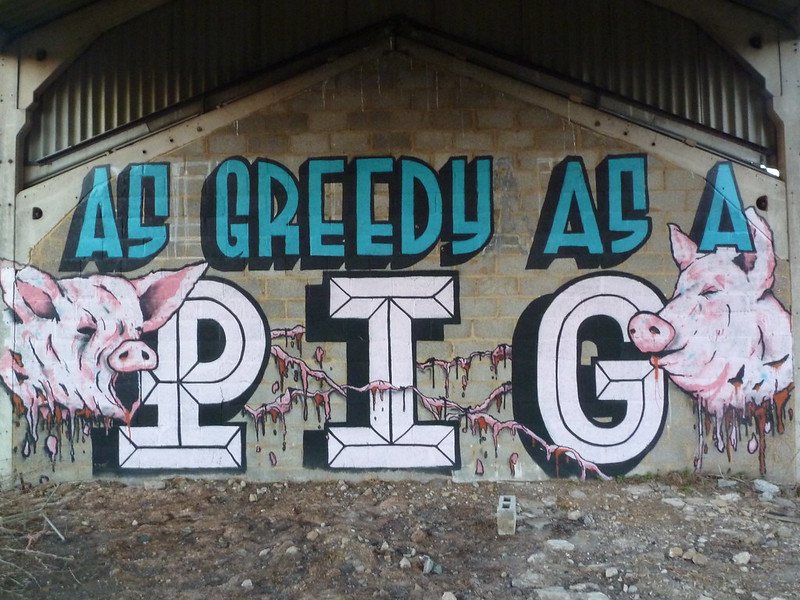 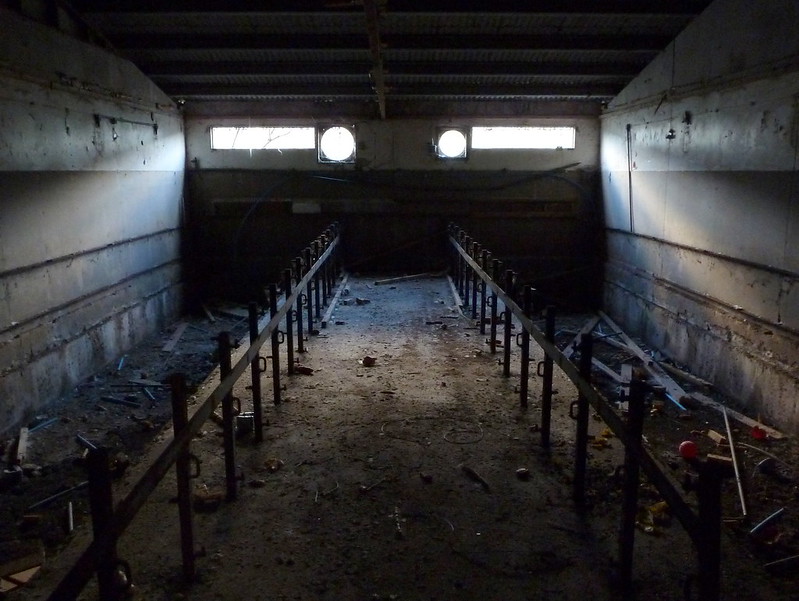 2. I like this shot, this brought back the bacon for me. 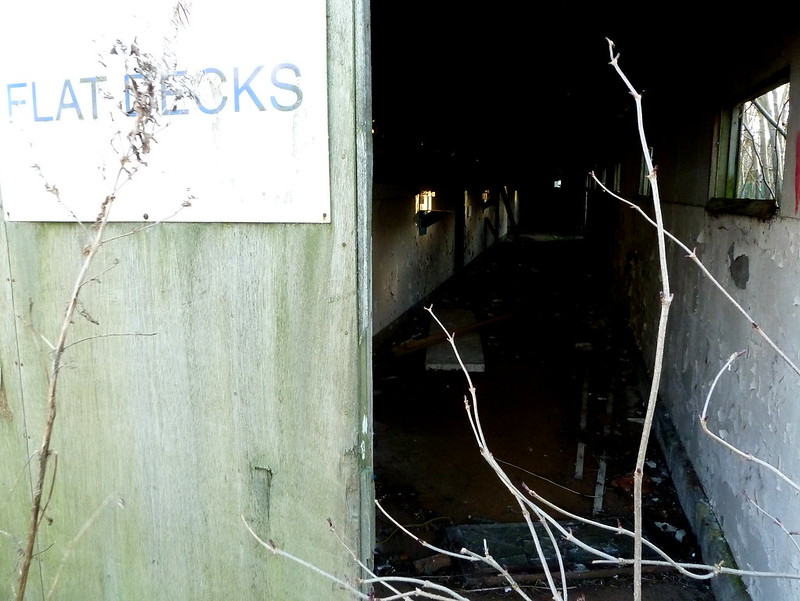 3. This photo was a bit sloppy though. 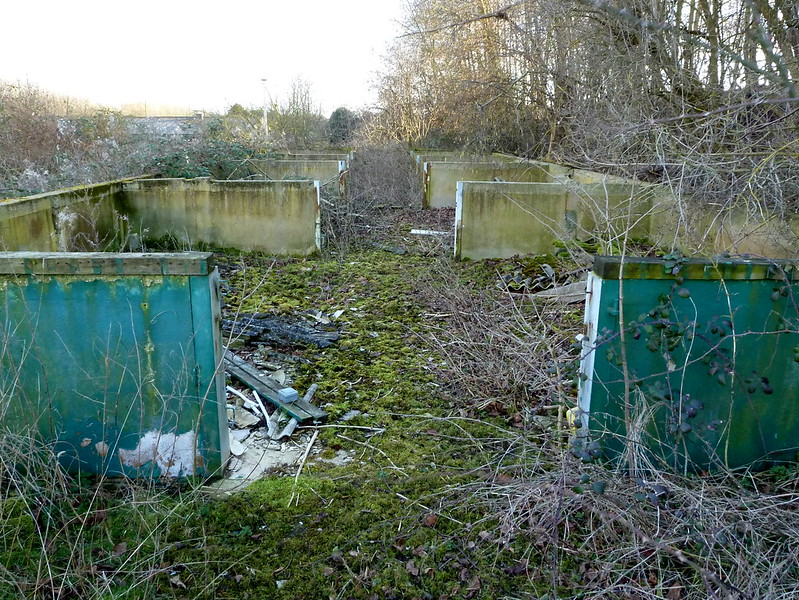 4. Outside accommodation for the less privileged swines. 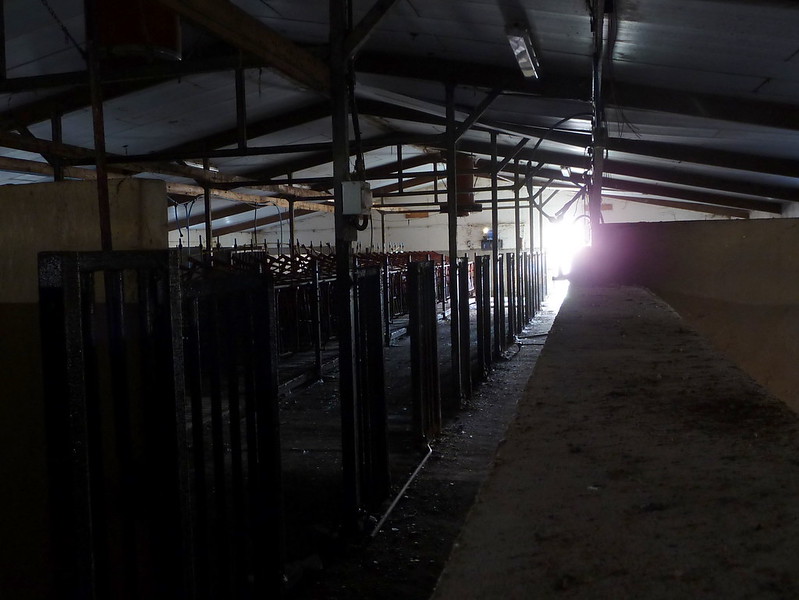 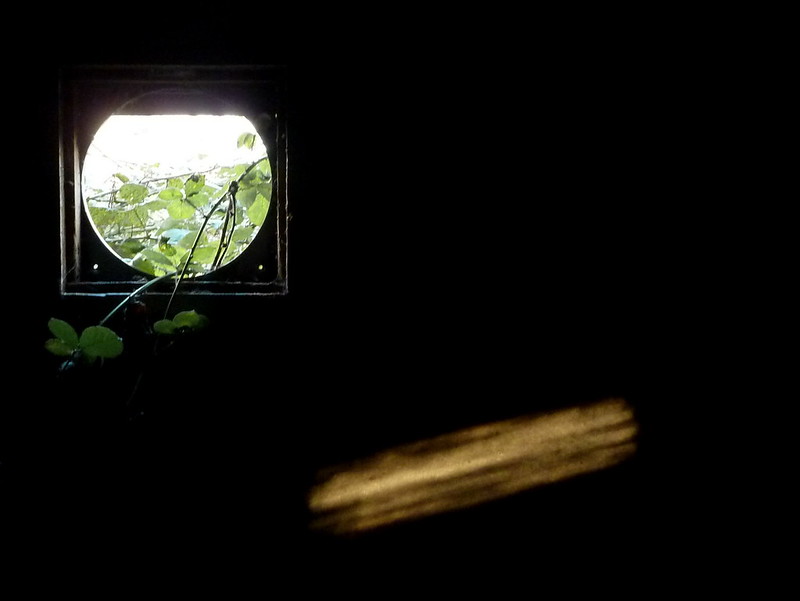 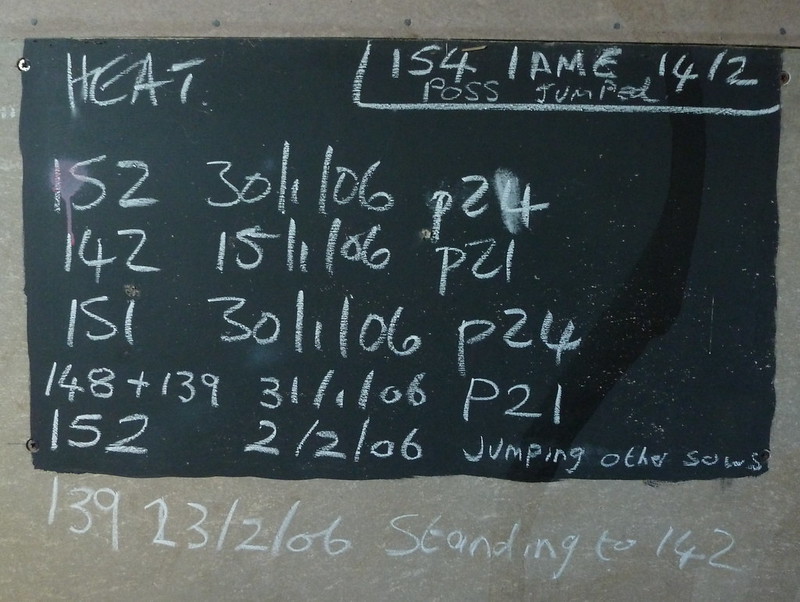 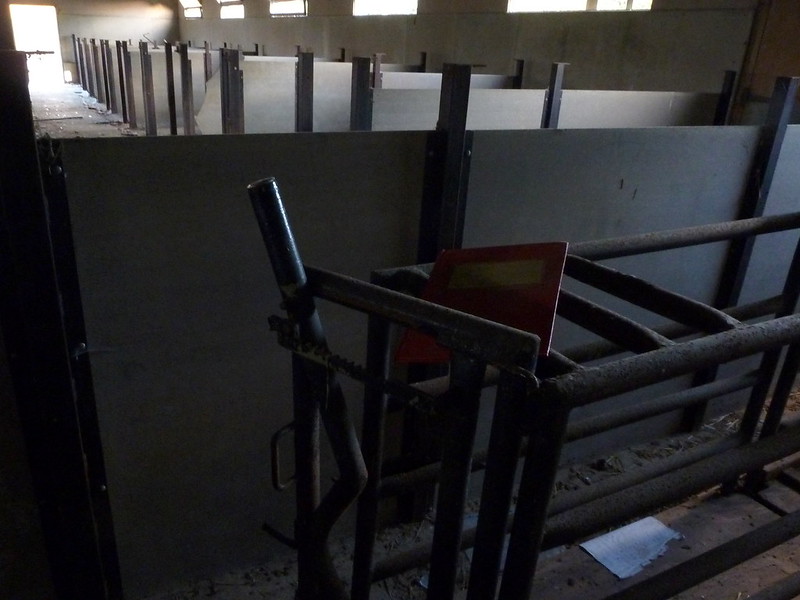 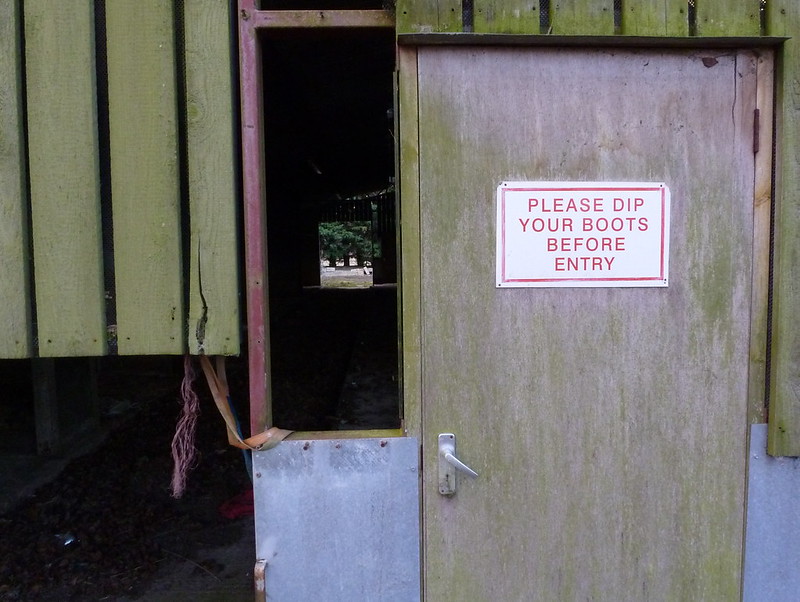 12. The remains of piggy abattoir, clearly this has been smoked.

Ok, this mooch will not tickle every ones ribs, but i actually quiet liked it here and despite the main buildings in hock (i really mean lock) down, not a bad wee gander at something a little different.

So, of i chopped (last one i promise), to have a mooch around the nearby Fairfield Hospital (now named Fairfield Park): 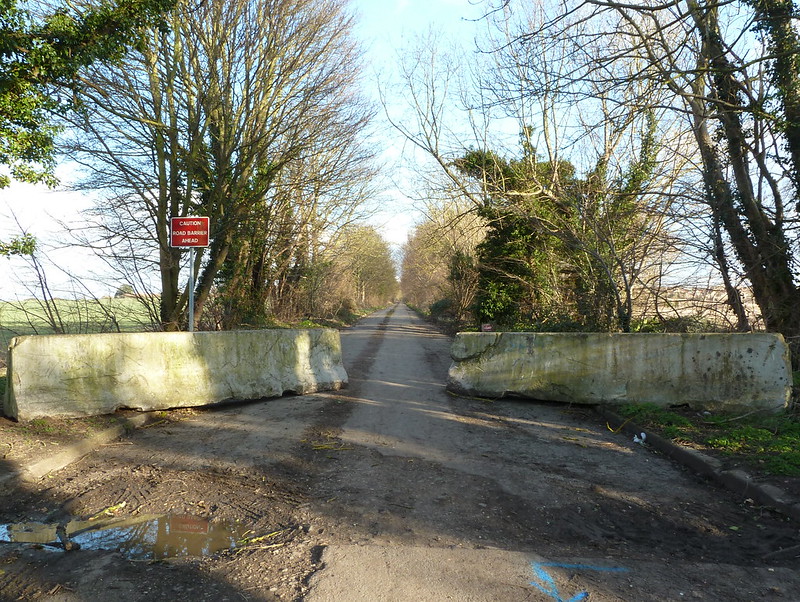 13. Fairfield Hospital had the longest corridor at half a mile long in the country. It also had a very long driveway from Arlesey village and the then railway station which was closed and reopened further towards Biggleswade in the 1990's.

14. A lovely old weighbridge situated half way along the driveway. That's about it for anything remotely abandoned here; there is a chapel that looks empty, but is sealed tight and situated right in the middle of busy suburbia.

16. All the buildings are now converted for middle managers and the like, but back in the day all this greeted you. A full compliment of security on a pole at every turn. How i wish i had tried harder! 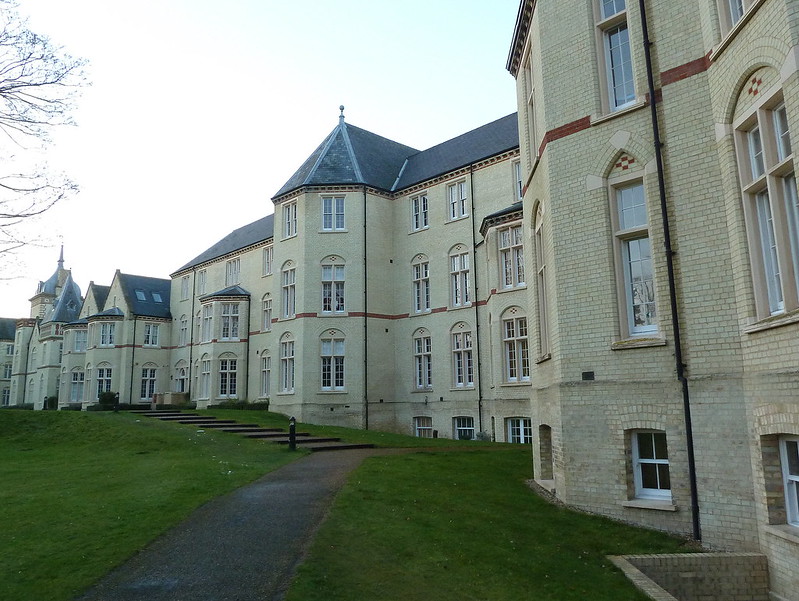 17. Certainly impressive buildings and pleasing to see so much has been retained. 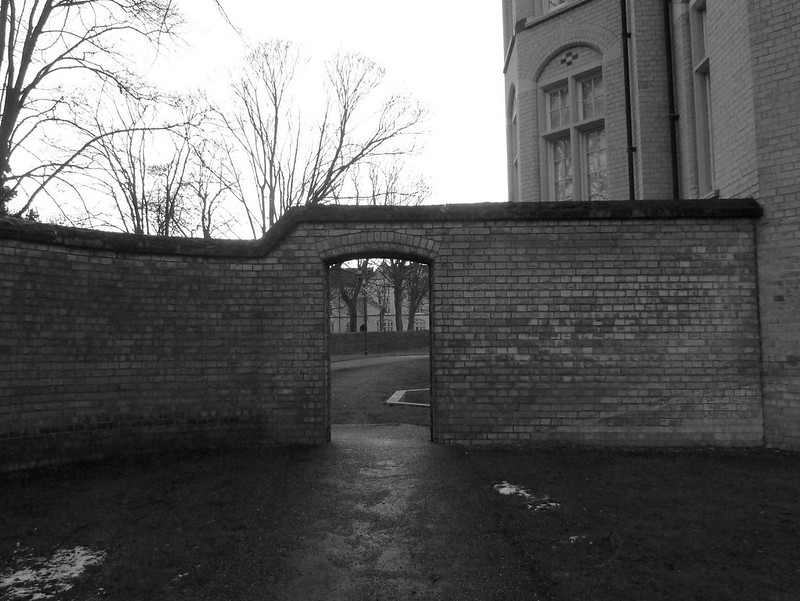 Many thanks for looking and thank god those pig jokes have finally bitten the dust (or the leftovers) .

Number 10 sounds like my rooftop error in leeds, and 11 like the mortar tubes/smoke dispensers on a tank haha. Cracking report, bet that took a while

F'ing quality mate!!! really enjoyed reading that oink oink. That weighbridge :Gulp: Number 10 sounds like my rooftop error in leeds, and 11 like the mortar tubes/smoke dispensers on a tank haha. Cracking report, bet that took a while
Click to expand...

Yep, its taken me the best of one evening to write this slop hahaha

Regardless to living in snorting distance its nice to see you bringing home the Bacon
Click to expand...

Cheers bud. Was good to see it was not full of swine

Cool stuff! Liking the converted hospital as well looks like it would of made a great explore. Sorry couldn't come up with a pig pun :-|

Cool stuff! Liking the converted hospital as well looks like it would of made a great explore. Sorry couldn't come up with a pig pun :-|
Click to expand...

Thanks bud. Unfortunately The Three Counties Hospital was incredibly tight back in the day, sadly. In hindsight, think i would have taken more of a risk. Don't worry about a pig pun, i'm not going to rib anyone anymore (predictable and sorry...)

Cheers mate. It is huge, room for about 300 of our pink friends back in the day (not to stereotype pigs that they are all one colour)

Thanks bud. Unfortunately The Three Counties Hospital was incredibly tight back in the day, sadly. In hindsight, think i would have taken more of a risk. Don't worry about a pig pun, i'm not going to rib anyone anymore (predictable and sorry...)
Click to expand...

Haha, still can't think of one :unfair: it's shameful really am usually full of bad jokes...