​
The Explores​
​
The first visit was intended to be a quick recce as there had been nothing from the place for a few years, so naturally assumed it was sealed tight... but bloody hell are we glad we checked the place out! Explored with @Session9 and @The Lone Shadow over 2 days last April and accessed the 8x8 tunnel building and the ATC tower at Thurleigh the next day. The 8x8 building complex itself it situated within a live industrial area complete with active security driving/walking around and people/cars generally coming and going constantly. Even the main test area had live offices at one end with PIR’s covering that part stopping me from getting to the bottom of the massive ladders that led to the roof. I found out months later that these were inactive, twat. Various companies have warehouses or office space pretty much encircling the target building so access was lets just say a little tricky! At one point we squeezed and shuffled through pigeon shit and wheelie bins only to find it eventually led back outside again much to our amusement. A bit of perseverance and we were in.​
​
The History​
​
The origins of RAE Bedford date back to 1944, and Aeronautical Research Committee Report No. ARC 7500 which recommended the setting up of a National Establishment for aeronautical research and development. The Government, in accepting the report, decided to set up the Establishment at Bedford. The NAE became the Royal Aircraft Establishment (RAE) Bedford in 1955​
​
1.​

​
Authority to proceed with the construction of the 8x8 Tunnel was given in 1949 and it achieved its first run in 1955. Capable of operation at subsonic speeds and at supersonic speeds from a Mach number of 1.3 to 2.5, the air was driven by a 12-foot diameter, ten-stage axial compressor powered from an 80,000hp [60 Megawatts] electrical source. ​
The advanced aerodynamic capability and quality of the tunnel was such that it was extensively used over a period of forty-six years and served many overseas customers, both military and civil, as well as meeting the British need. Finally surplus to requirements in 2002, its 10,000 tons of steel have hopefully been usefully recycled. All that remains today is he empty infrastructure that contained the tunnel and compressor....​
​
Aerial stock image of the now 'Twinwoods' site..​ 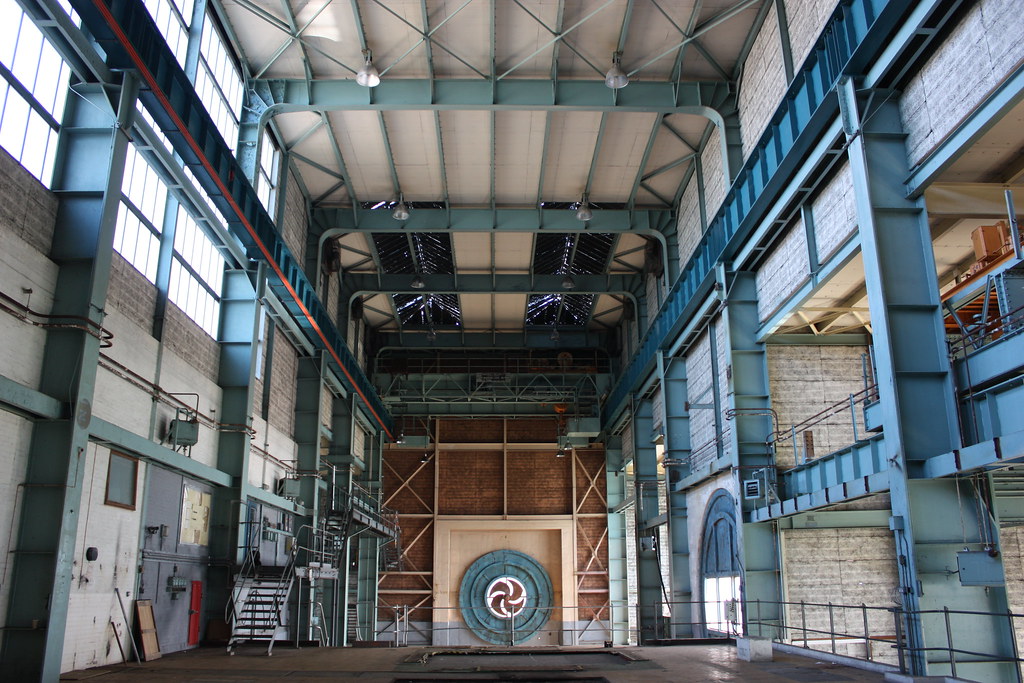 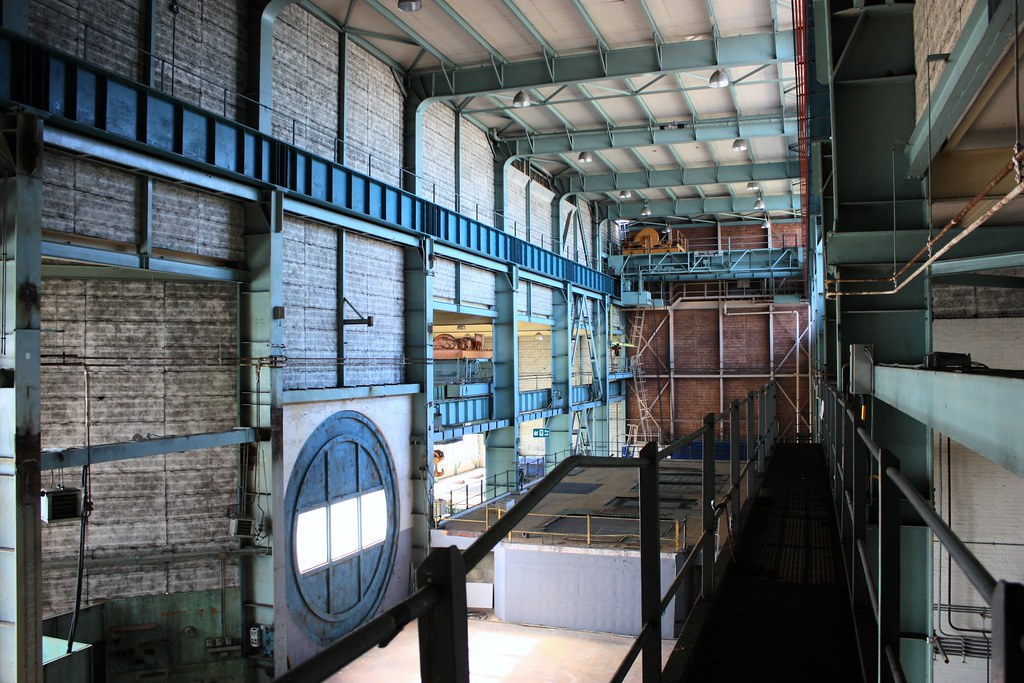 ​
The first control room we were excited to stumble across, a series of blinded viewing windows allowed personnel to monitor the main compressor hall. Hadn't a wide angle lens then so only a couple of iPhone pano's really and i wish i'd spent a bit more time photographing this bit..​
​
4.​

​
So, i took a wander down the hallway and came across a load of empty bland offices on the left and some interesting bits on the right..​
​
7.​
Supply area..​

​
Further down the corridor (which myself and @Urbexbandoned found sealed on a visit months later) I got excited when i read this sign..​
10.​ 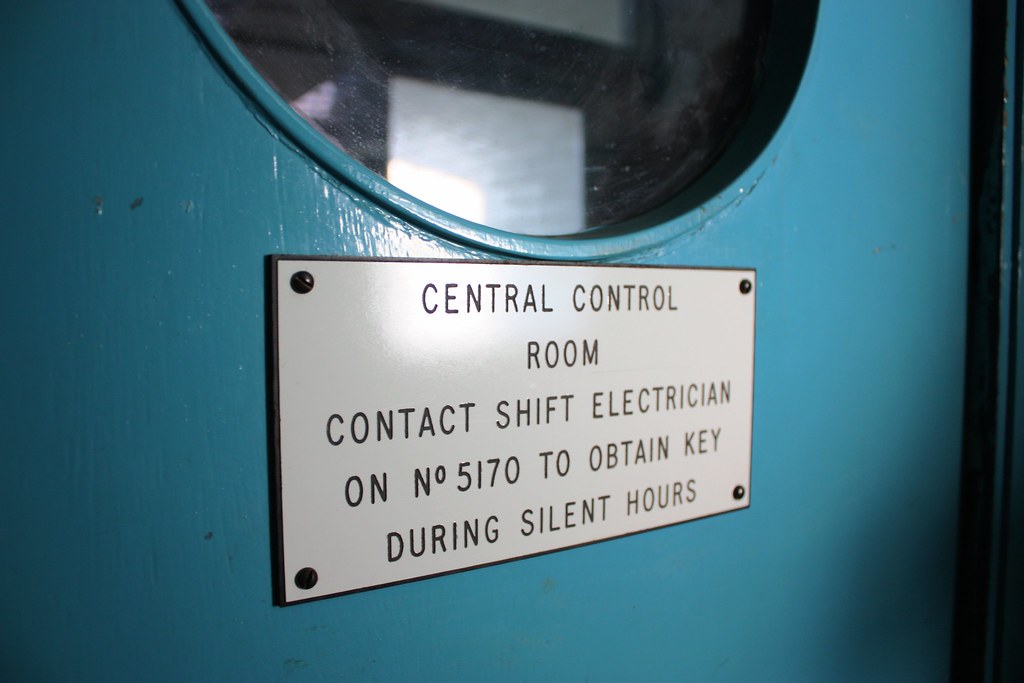 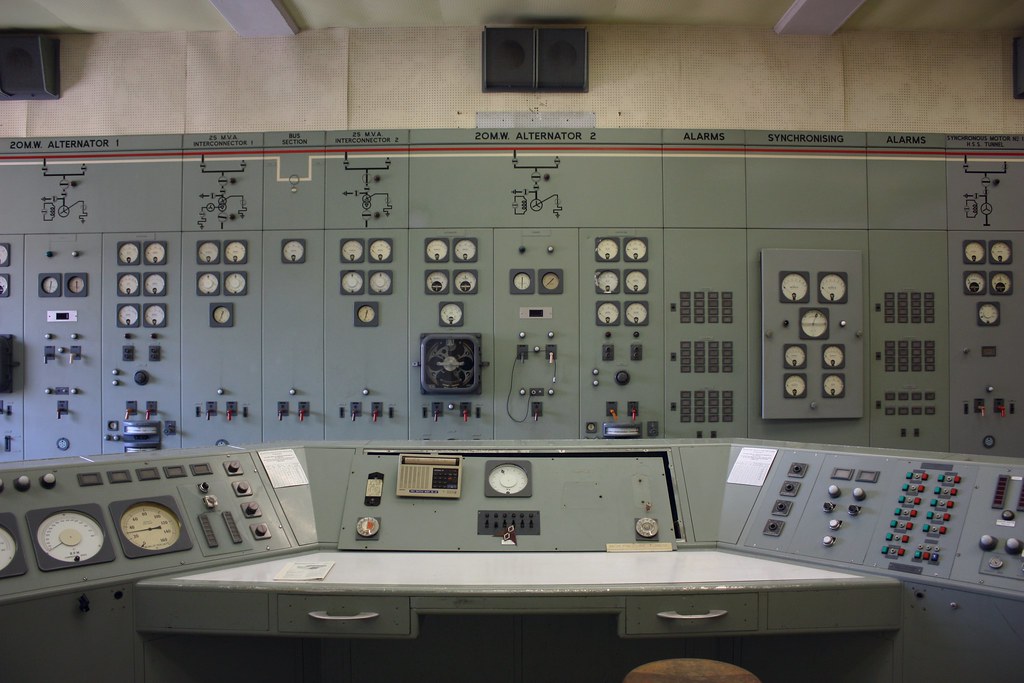 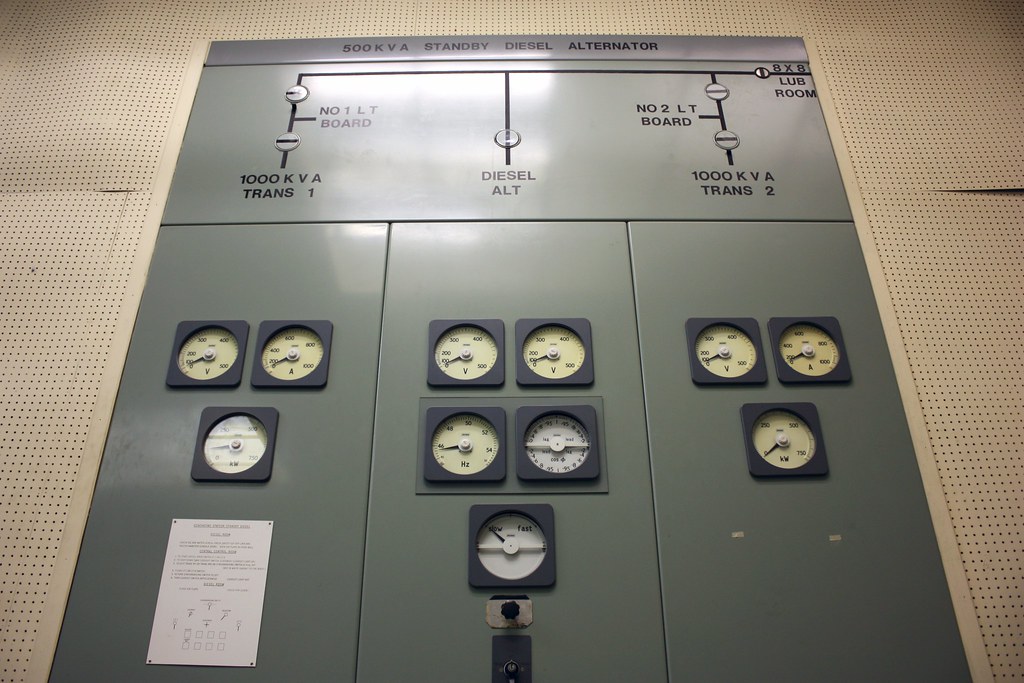 ​
Moving on from the main site lies the old RAF Thurleigh ATC tower. The Airfield is now packed full of vehicles, new and old, some of the older ones victims of the scrappage scheme but i wasn't hugely interested in these and we headed towards the tower itself via a few other barrack shaped buildings and a wooden radar pylon...​
​
15.​
These didn't look worth the effort...​

​
The tower...​
Jumping back to Apr 15…we decided to take a look at the ATC tower which was basically situated on the same site but on the other side of the massive multi-runway airfield. A long walk past some smelly sheep and a few dives into the bushes thanks to some farmer spreading equally smelly shit around the neighbouring field, eventually we were at the tower. On first inspection the place looked like it had been recently sealed with nice fresh looking boards all around but with a bit of head/ball scratching and a leap of faith from The Lone Shadow, myself and Session9 were in…​
​
We didn’t bother with zillion cars parked on the runways as there were transporters and humans in hi-viz kicking around most of the time..​
​
17.​ 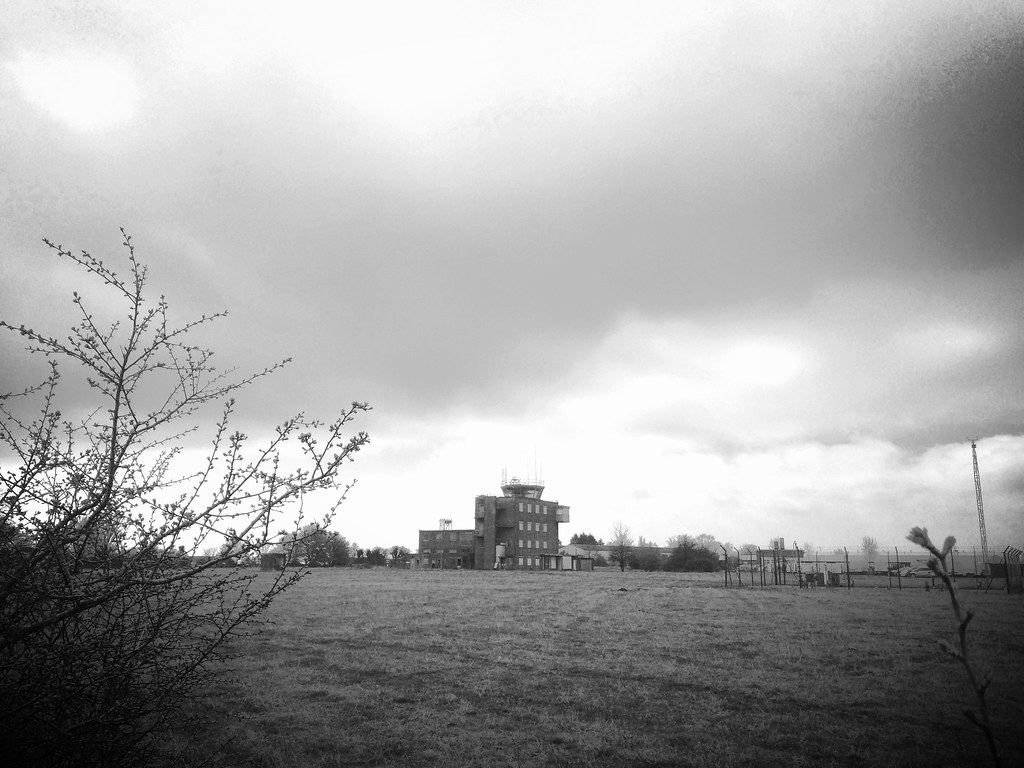 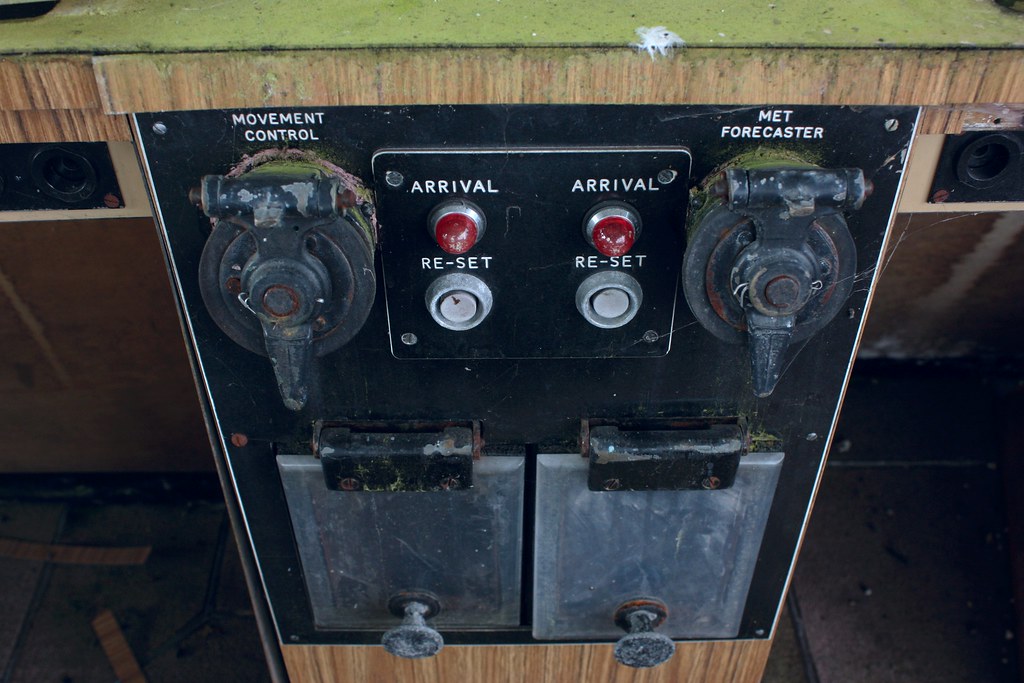 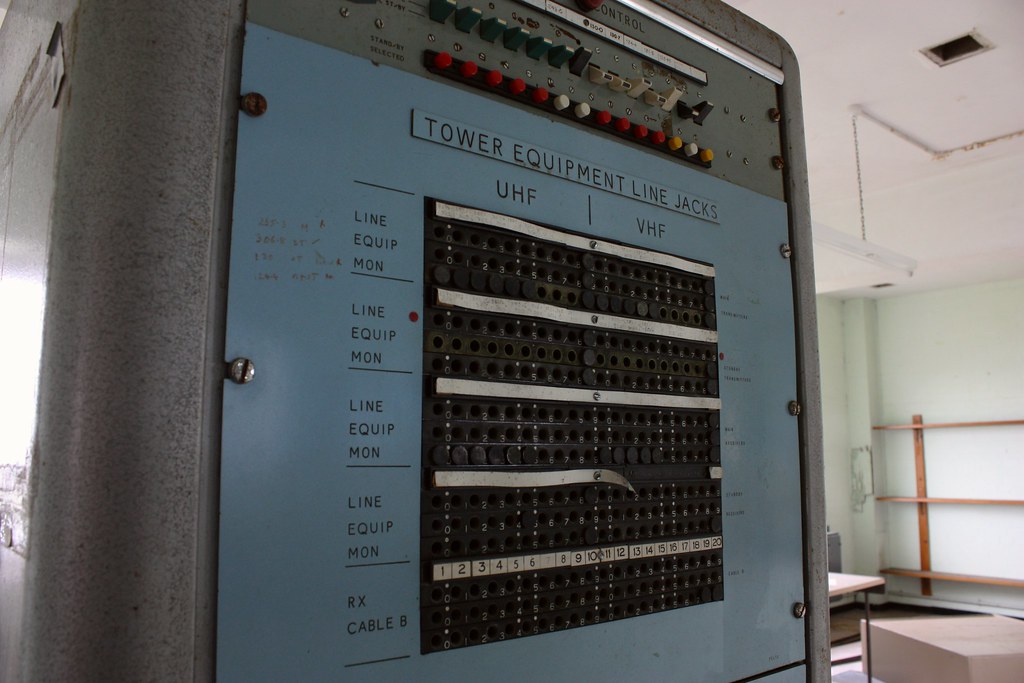 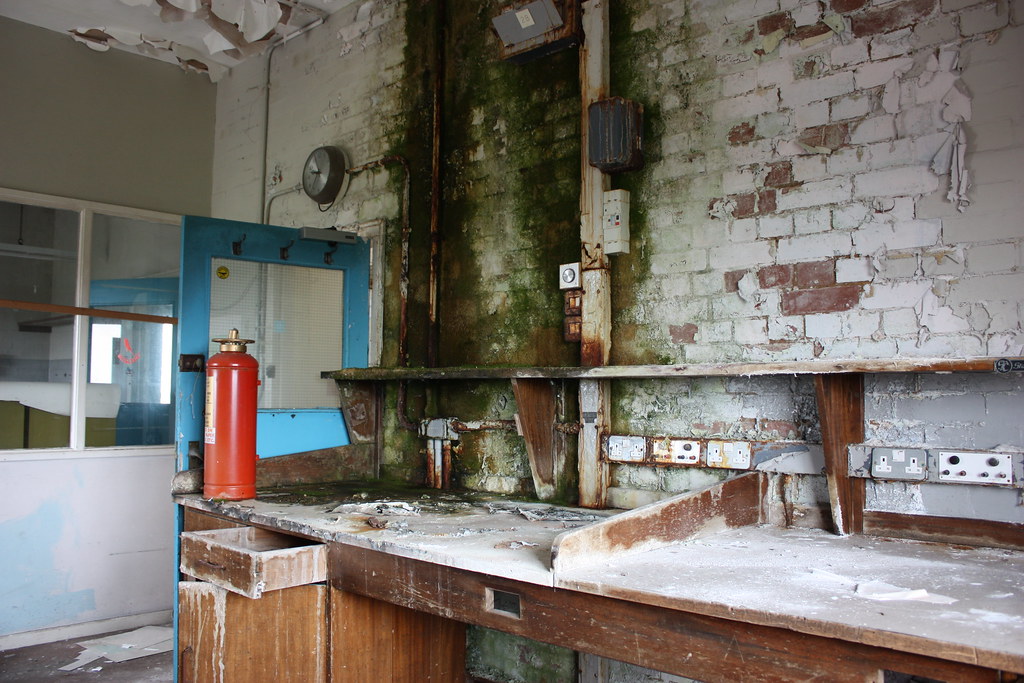 ​
Fast forward to November 2015, Myself and @Urbexbandoned returned once again to check out the 3x3 Tunnel building..​
​
23.​

​
As always thanks for looking and feedback always appreciated : )​

Reads really nice and I like the historical shots and history on the place.

This is a great in depth report, love the old control panels. Good job fella.

Amazing hamtagger, them control panels looking tempting to play with

Top quality! I would live to revisit soon. I have just heard that 3X3 is sealed tight now though.

Urbexbandoned said:
Reads really nice and I like the historical shots and history on the place.


Vulex said:
This is a great in depth report, love the old control panels. Good job fella.
Click to expand...

Cheers mate @degenerate   We did fuck around a bit in there 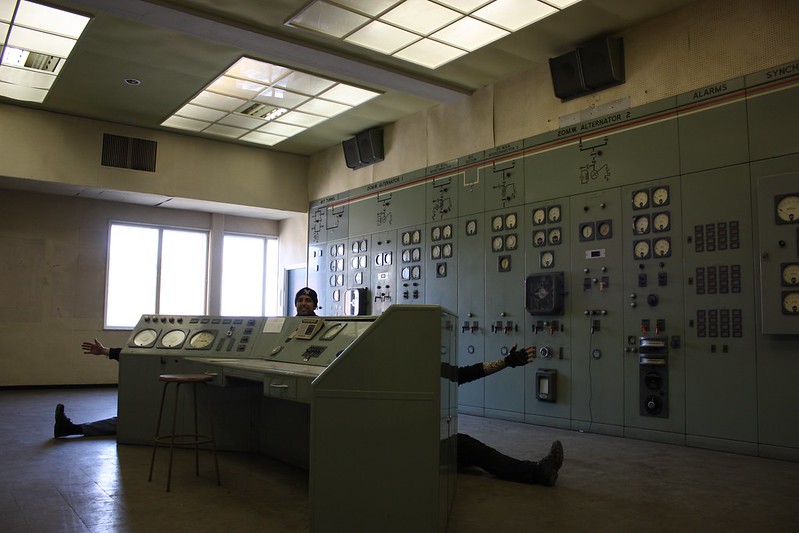 The Lone Shadow said:
Top quality! I would live to revisit soon. I have just heard that 3X3 is sealed tight now though.
Click to expand...

Cheers Luke! Yeah i'd like a sniff around sometime again too. Ah shit that's a shame if the 3x3 is sealed

Nice collection dude   Did you change how you process photos for the November shots?  The control panels look especially shiny

Cheers mate @degenerate   We did fuck around a bit in there

Love it, the un-edited version, lol.

Fekneejit said:
Nice collection dude   Did you change how you process photos for the November shots?  The control panels look especially shiny
Click to expand...

Nah i don't normally process at all, just a few adjustments on flickr and that's it. They're taken probably with 3 different cameras/lens though, slightly upgrading each time

Still never made it here, looks proper ace when it was all accessible

Pretty amazing that all around!

The_Raw said:
Still never made it here, looks proper ace when it was all accessible
Click to expand...

It's a good site mate, the only bit i'd say is not accessible at the moment is the power generating control room bit. The other bits could be worth a shot anytime


Bonesout said:
Pretty amazing that all around!
Click to expand...