RAF Spadeadam is an active Royal Air Force station in Cumbria, close to the border of Northumbria. Covering 9,000 acres, it is the largest RAF base in the United Kingdom. It is currently used as an Electronic Warfare Tactics Range, to train the Royal Air Force and NATO allies. It is also the only mainland UK location where aircrews can drop practice bombs.

Spadeadam has always been a remote and uninhabited part of England, until 1955 when the Intermediate Ballistic Missile Test Centre was constructed for the Blue Streak missile project – a project that was launched to develop a nuclear deterrent missile. The RAF took over the base in 1976 and under their control it became the Electronic Warfare Tactics Range in 1977. The range itself contains ground-based electronic equipment, including some that was manufactured in the Soviet Union, that create simulated threats to train aircrews. Across the site there are different real and dummy targets which include an airfield, a village, portable buildings, tanks, aircraft, anti-aircraft guns and vehicle convoys.

The site was originally used in secret as part of Britain’s Cold War nuclear weapons programme. This information was only made public in 2004 when tree-felling work uncovered the remains of abandoned excavations for a missile silo. Since then, the RAF and English Heritage have attempted to survey the site and record what was so secret about the place, because there are no official records or plans for the base still in existence from the Cold War period. What is known, however, is that Spadeadam was chosen as a launch site because of its isolation, access to road connections and the surrounding environment which supported it with plenty of water. It is thought that Spadeadam was meant to be one of sixty launch sites across the UK, but most of these were never built.

This report is based on the practice airfield area of RAF Spadeadam. It is hidden away in a small forest and completely surrounded by a peat bog. The airfield itself comprises a triangular shaped runway which features a number of aircraft (mostly MIG fighter jets), military vehicles and anti-aircraft guns.

It was a decent sunnyafternoon and we were a little tired of being indoors, so we decided to follow up a lead we had on an abandoned airfield somewhere in Northumbria. The journey was great, all the way up to the borders of Northumbria at least. But, from that point on the heavens opened and what had previously been a glorious day was now a very shit one. Nevertheless, rather than turn back we figured we’d just get wet and have a look for abandoned aeroplanes anyway.

We arrived, in the middle of absolutely fucking nowhere and were getting slightly concerned about how long it had taken us to get there. It took a moment to get our bearings, since there is no signal out in the sticks, but we had a vague idea which way we had to walk. So, ready to rock and roll we ditched the car at the side of the road and headed off into the vast bog in front of us. Fortunately, at this point the rain had stopped, but unfortunately we instantly got soaked as we plodded across land that deceived us into thinking it was solid. This epic struggle continued the entire way. If anyone has ever seen the Vicar of Dibley sketch, where she jumps into the puddle and completely disappears, this was exactly like that.

After much scrambling around in the bog, and wandering through dense patches of forest, we were well and truly lost. No signal, no map, no food, but plenty of water… It was bad craic. For some reason, though, we decided to have one last wander through some pine trees. We were feeling pretty deflated at this point, so I’m not sure what was driving us on, but in the end we were glad we did carry on. After another ten minutes of aimless wandering, we caught a glimpse of something that looked conspicuously like the tail of a fighter jet. I’ve never heard of mirages in a peat bog before, so I instantly decided that what we were seeing must have been real. Instantly forgetting about how miserable we’d been feeling, we waded on, working our way towards a great big silver MIG that was glistening in the fading sunlight.

Once we reached the runway, we were surprised to discover that it wasn’t tarmac. It was some shitty gravel substance that was just as waterlogged as the damn bog. But, right in front of us were two shiny MIG fighter jets, and they looked fucking awesome after all the walking. So, conscious that daylight was rapidly turning into night, we whipped out the old cameras and began our invasion of the airfield. We began with the first two jets and then made our way towards what appeared to be an abandoned fuel truck further in the distance. It took a few minutes to get there, but it was well worth it since we could suddenly see six or seven more aircraft and several guns a little further ahead. Our assault had been successful, and we soon found ourselves surrounded by more guns and bombs than even Rambo could handle. We also found a few unused smoke grenades which is something we’ve never encountered on an explore before.

We hung around the airfield until darkness was nearly upon us, then decided to call it a day because we suddenly remembered we had to walk back through a forest and a bog to get back to the car. So, still having been undetected by the RAF, we made our way back to the treeline. A little more worried about stepping on a mine now after discovering the grenades, or some sort of unexploded bomb, we headed off back into the bog. The same shit journey we’d endured an hour or so previously began all over again. Splish, splash, splosh… Those three sounds were back again, and they all sounded just as shit as before. 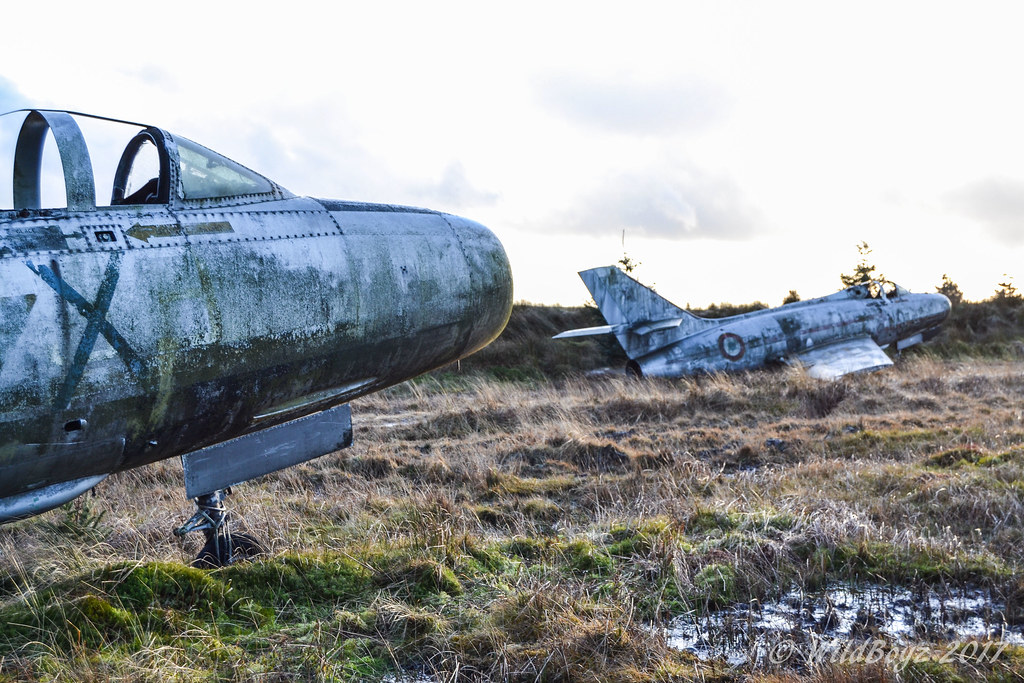 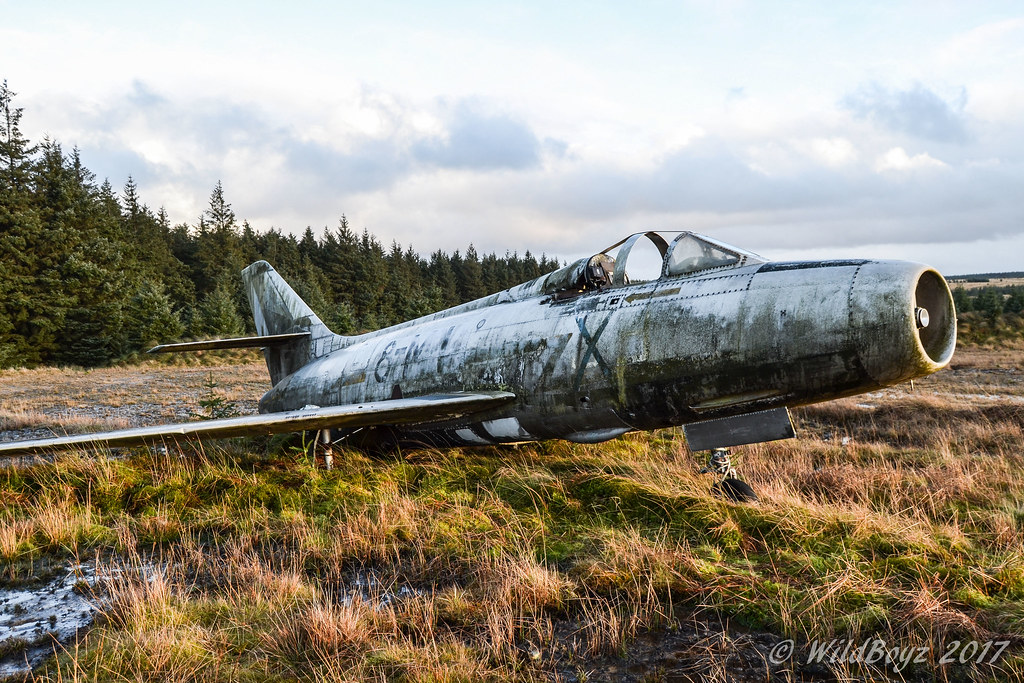 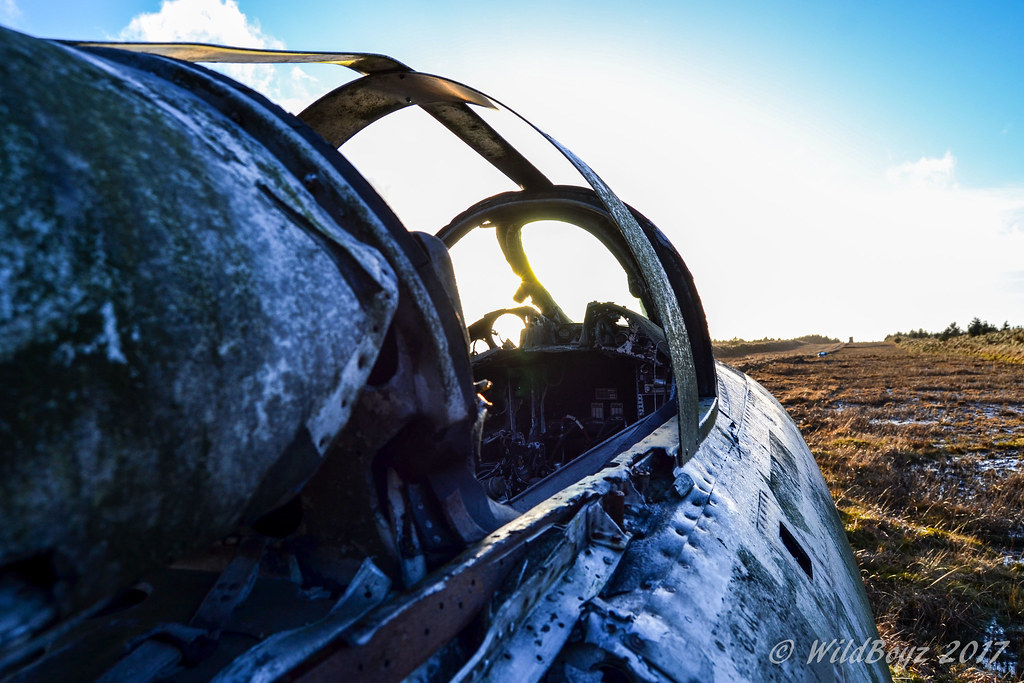 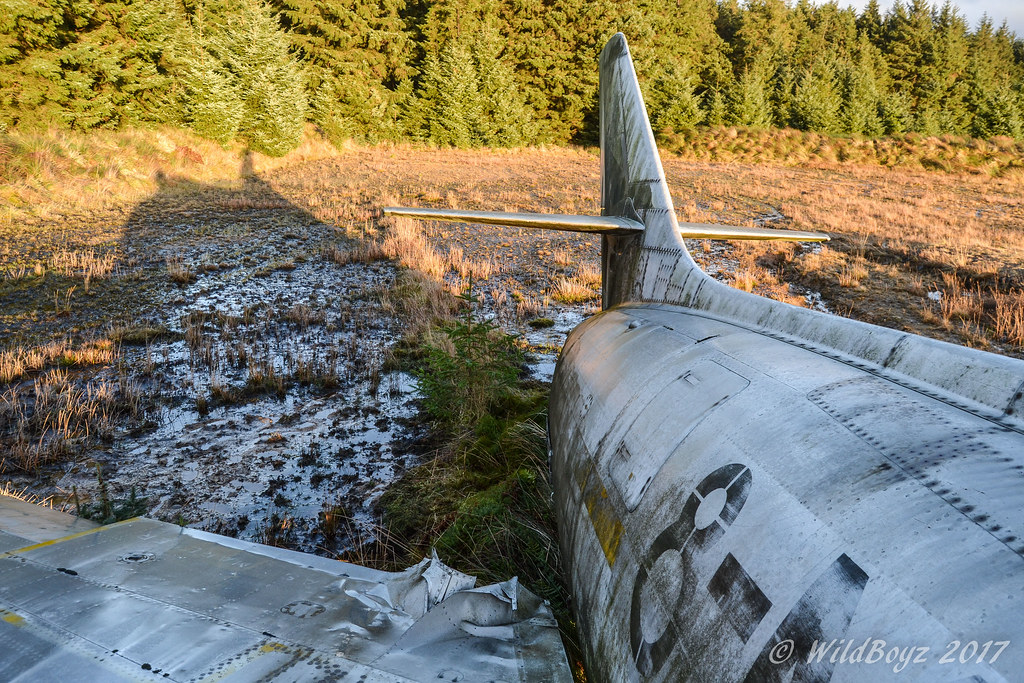 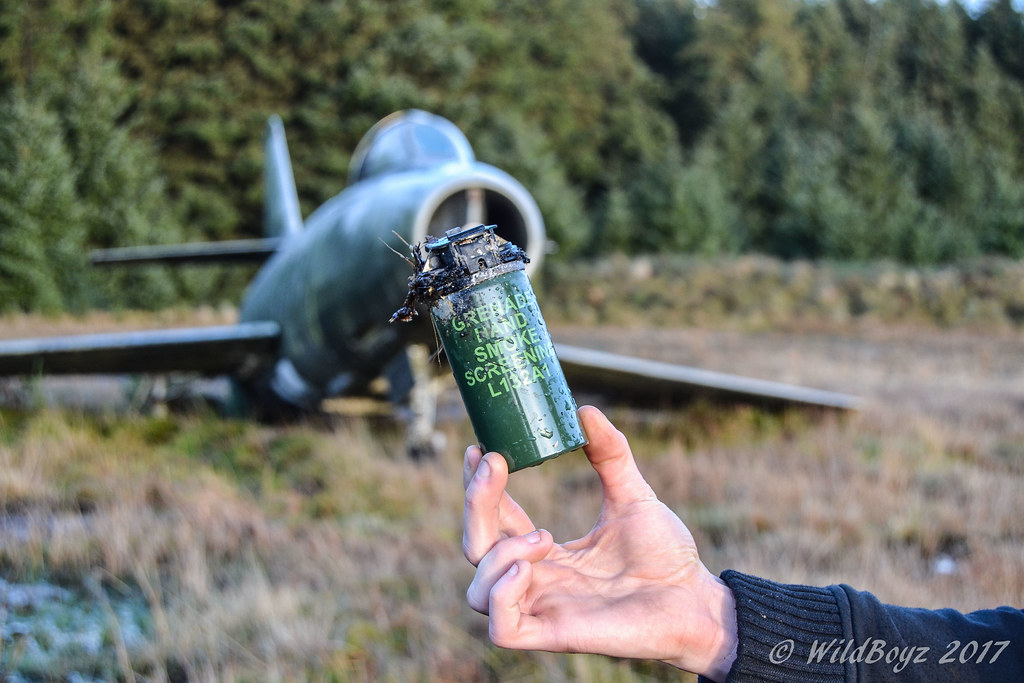 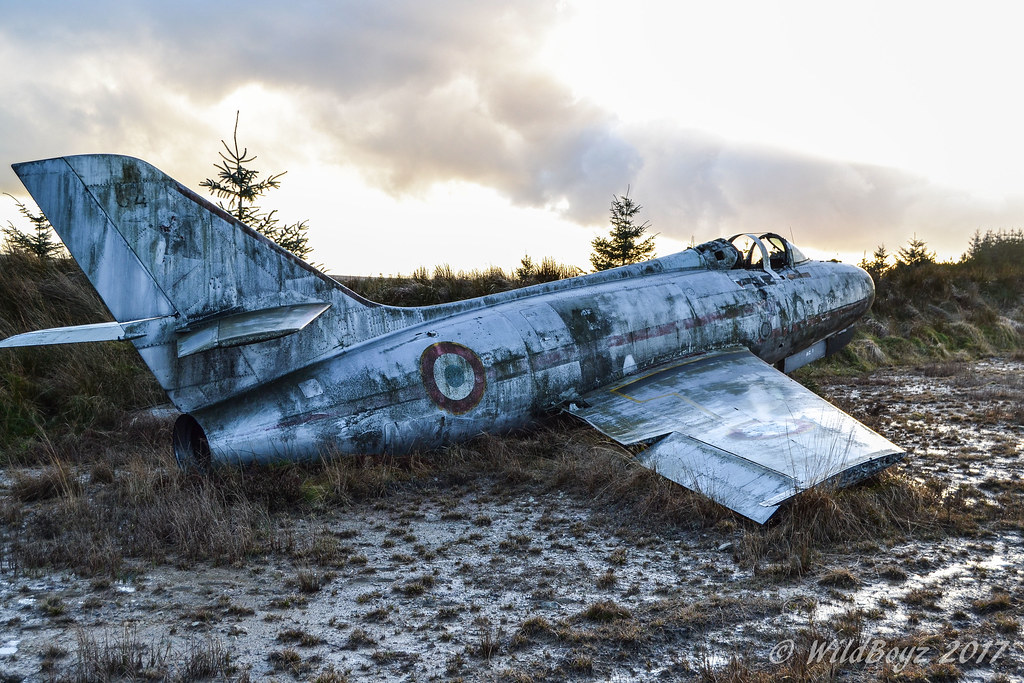 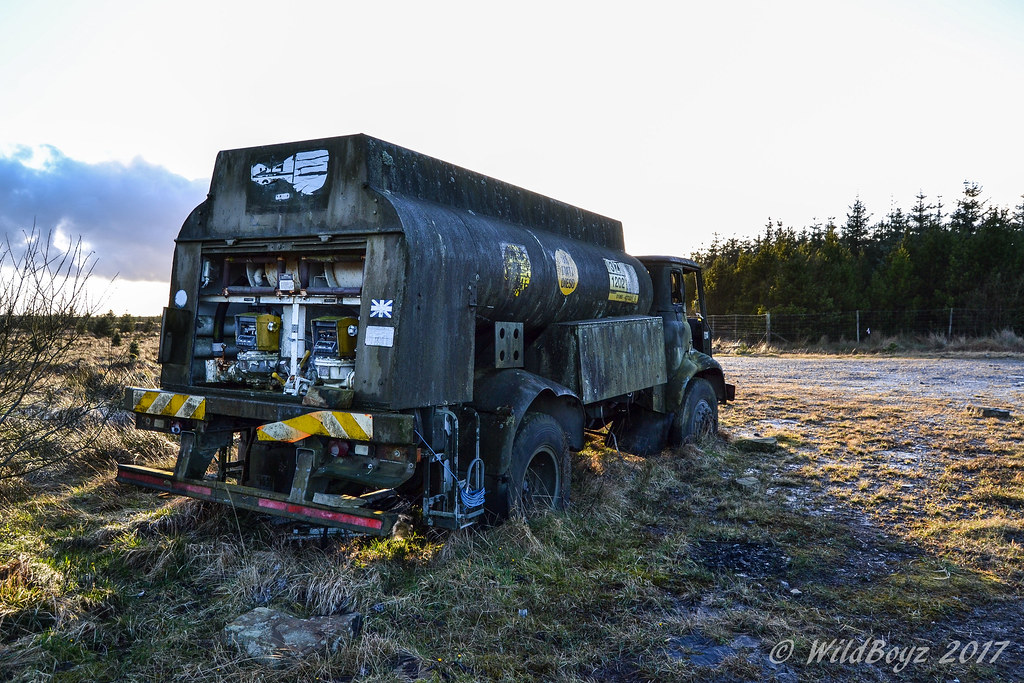 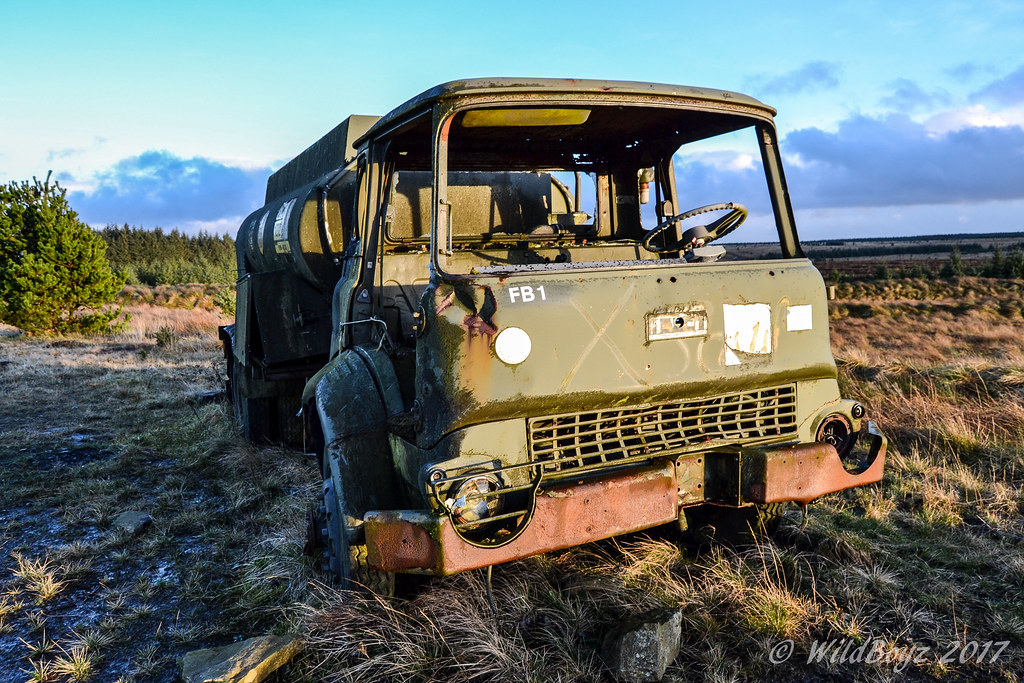 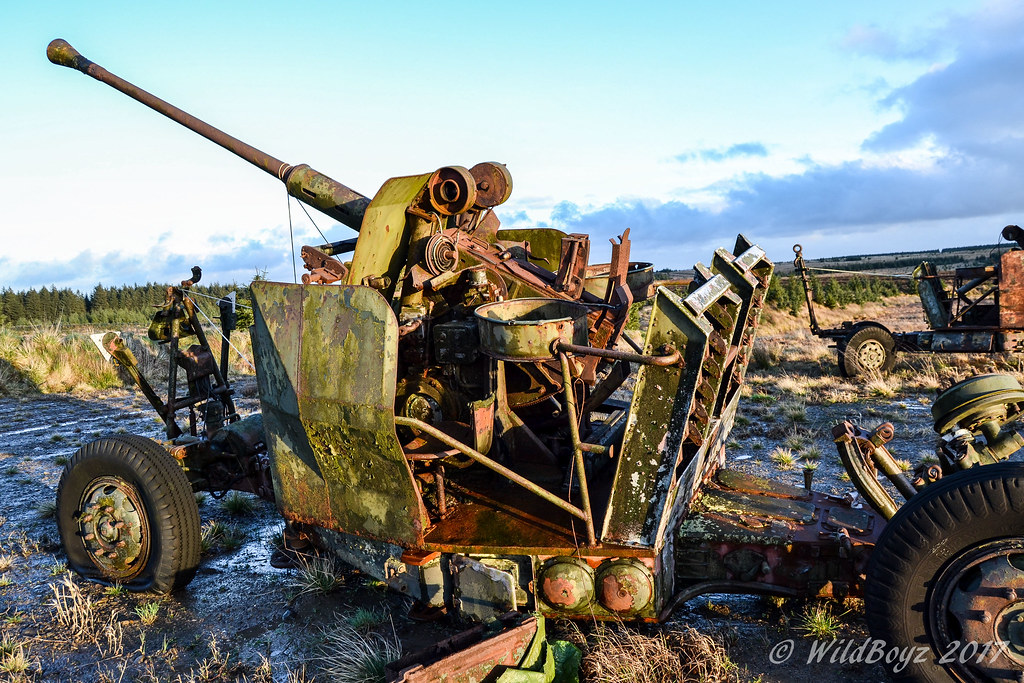 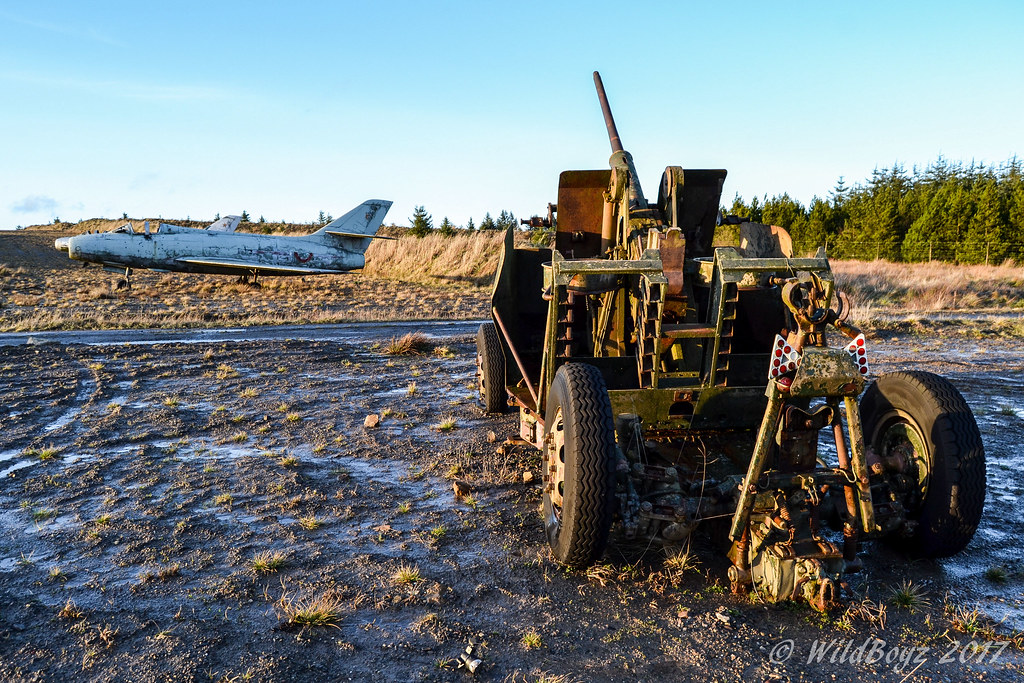 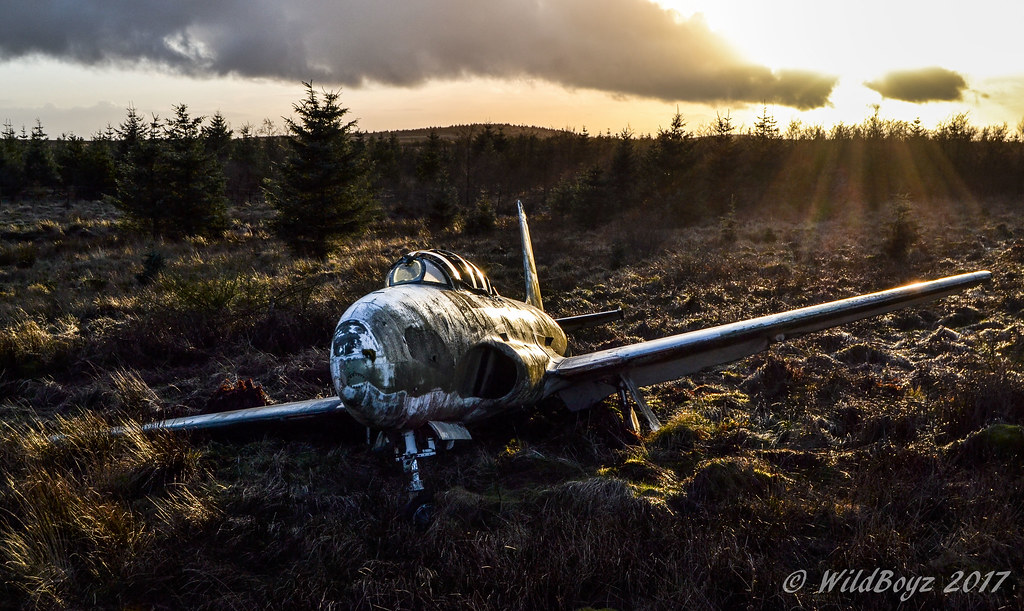 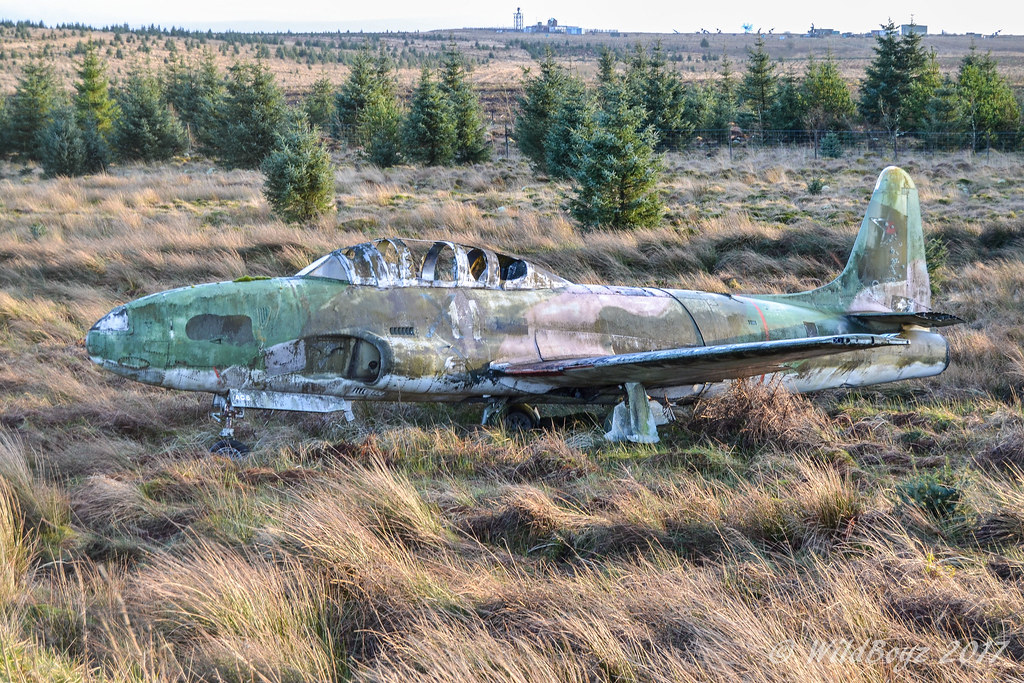 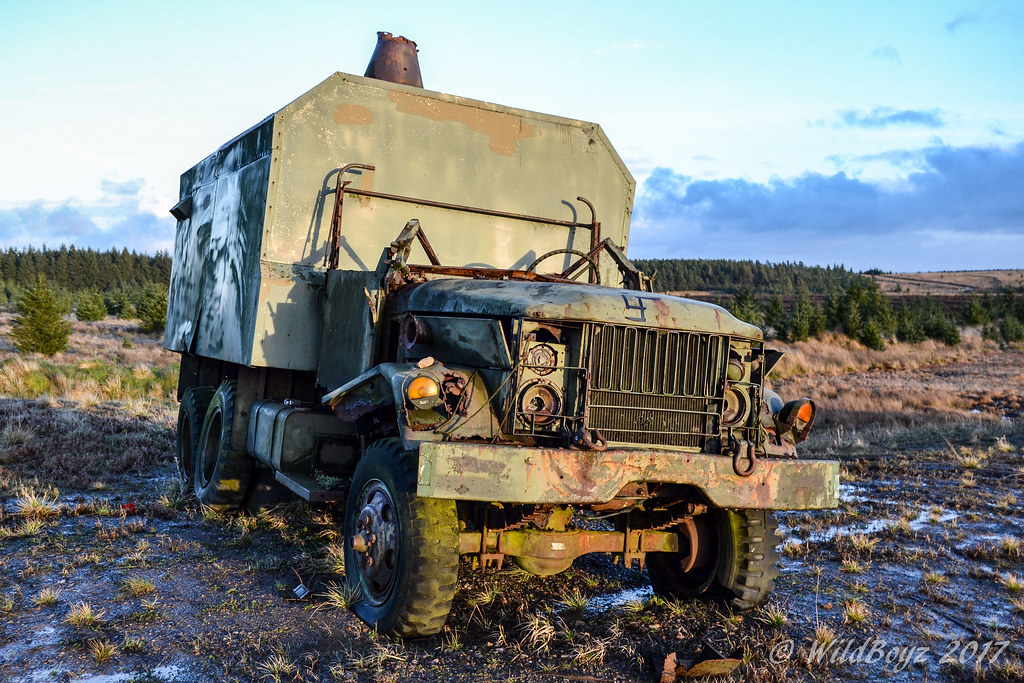 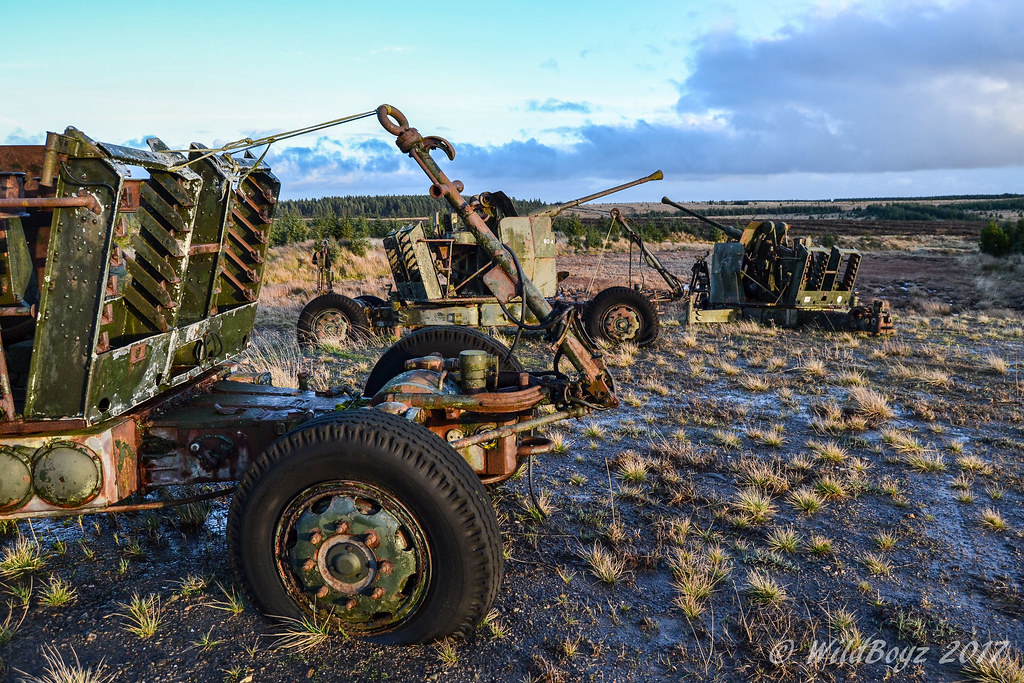 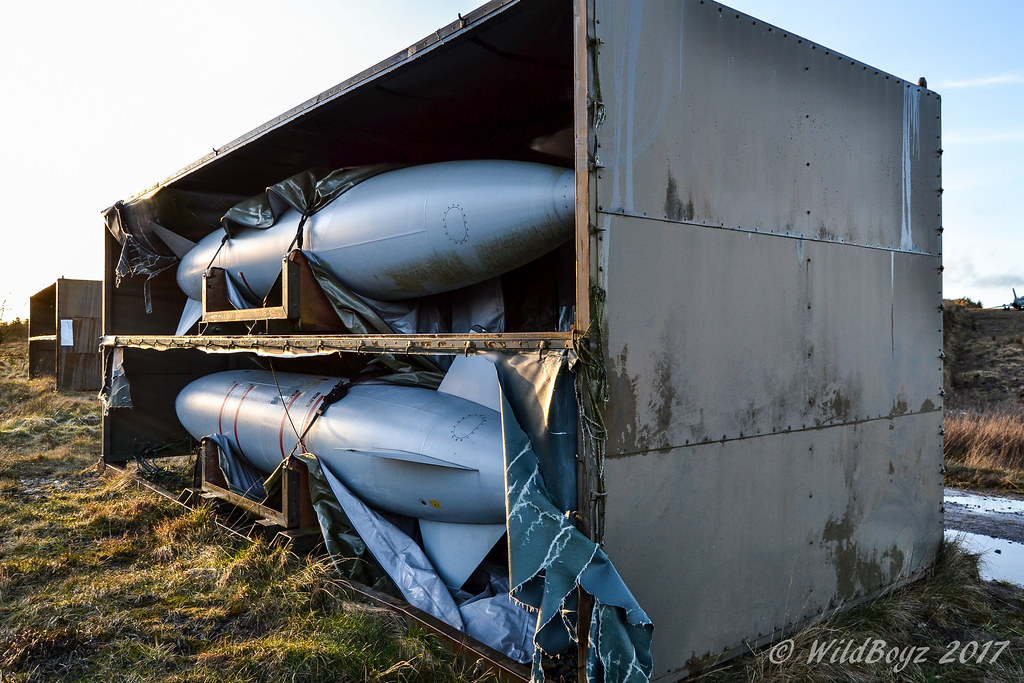 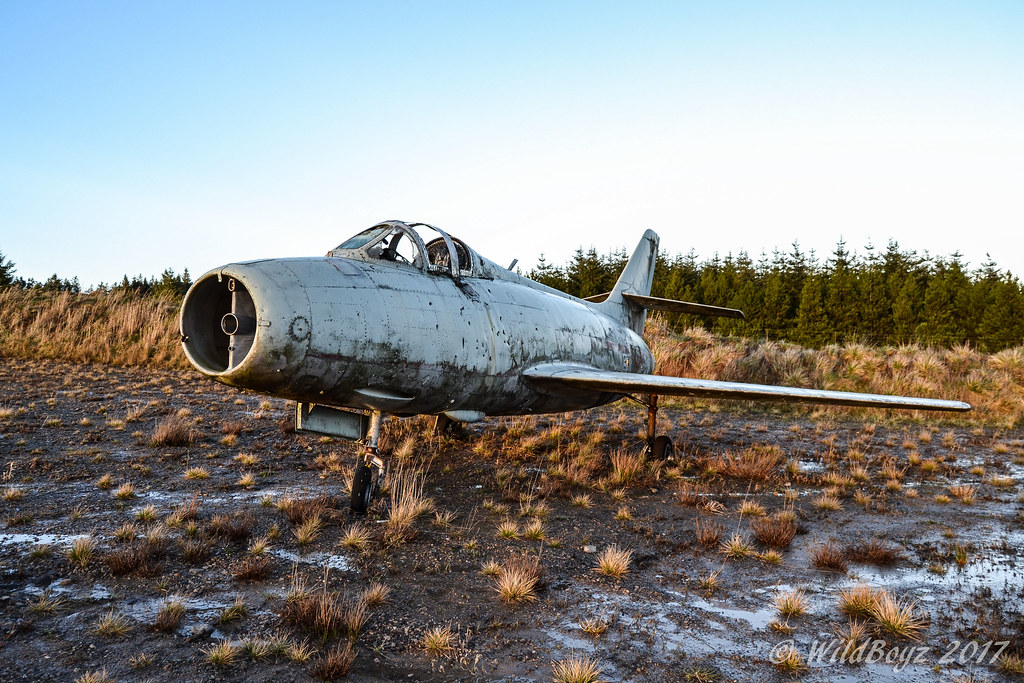 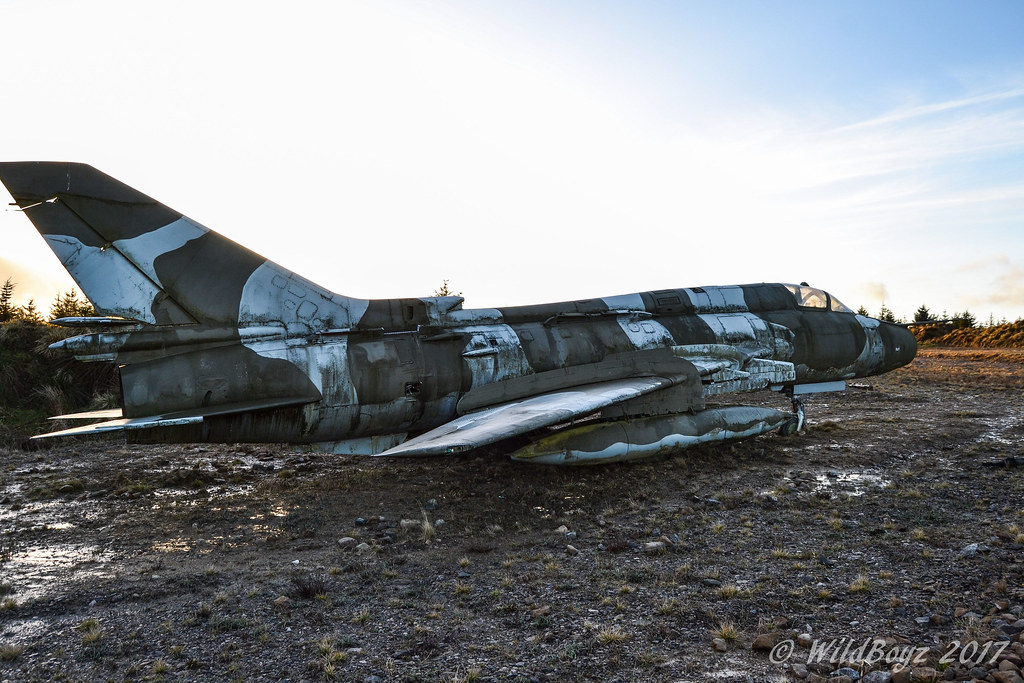 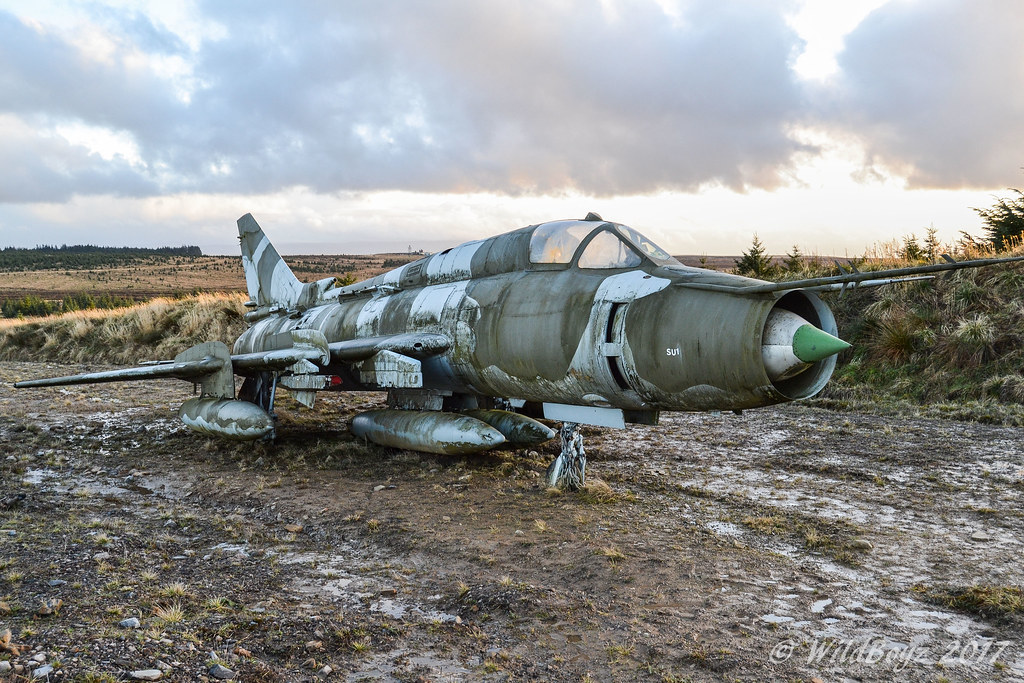 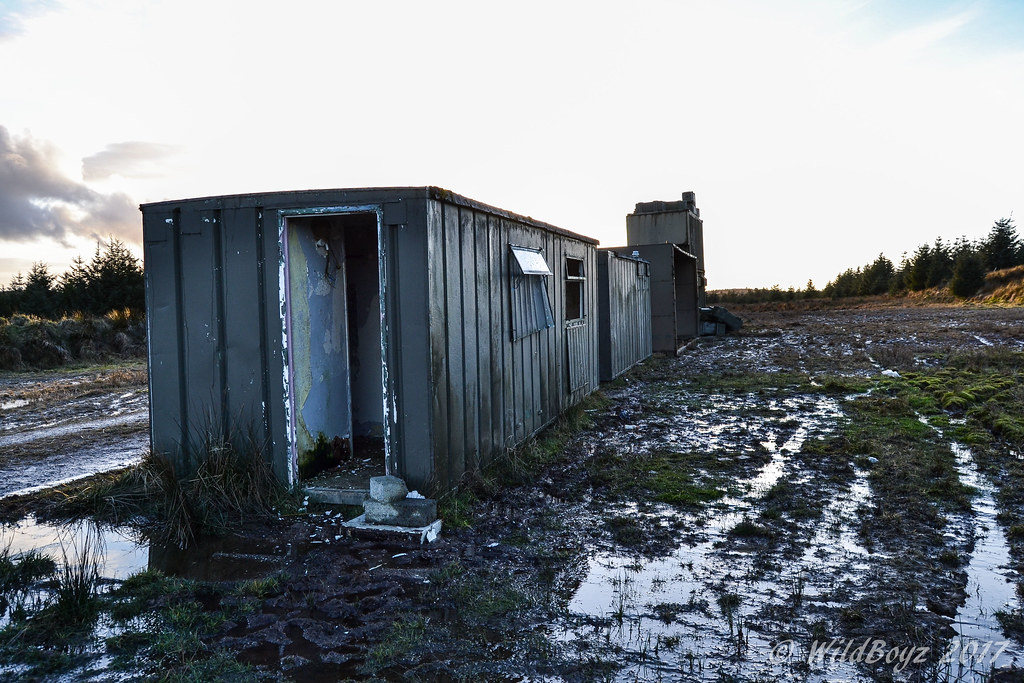 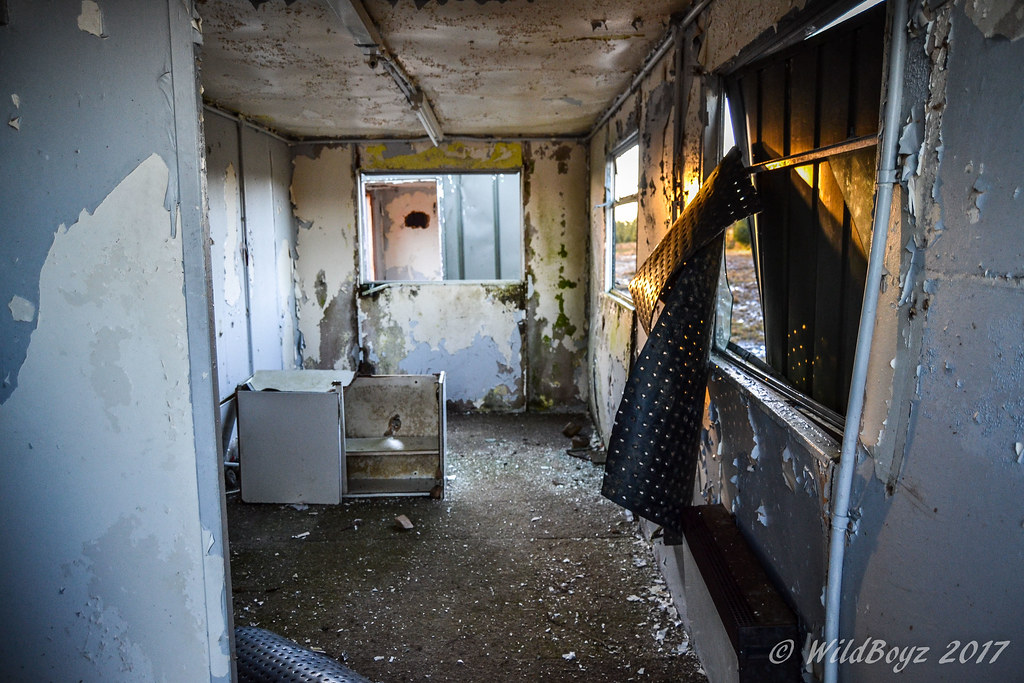 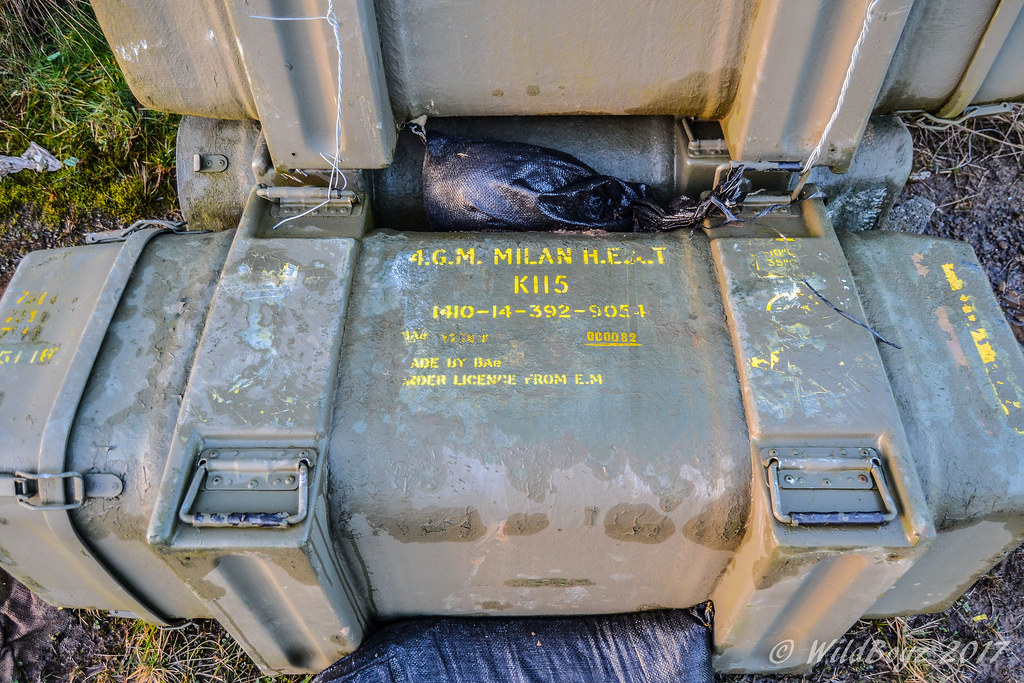 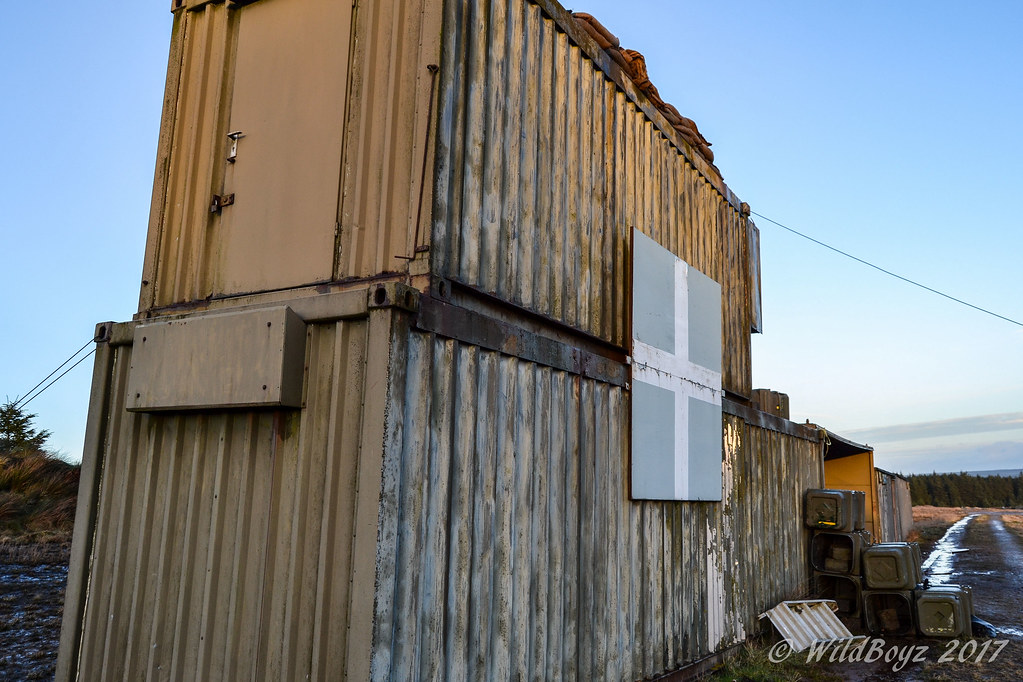 looks like a fun day out! is it one of those if the red flag is flying dont walk around ranges or just pray they aren't dropping bombs and hope for the best?

Having worked up there I know how remote the place is as well as how difficult it is to wander across the moors and pine forests. Never saw the planes while I was there, but that was a fair few years ago!

I really enjoyed reading your report and pic 11 is damn good.Well done on your effort

Amazing! Well worth all the mud

Impressive pictures but I must add that it's pretty risky wandering around a live bombing/ECM range!

When I'm in the UK I'm always on the lookout for derelict aircraft, so this is outstanding to see.

Talking of which, it's been on my mind for ages. Has anyone here had a go at the aircraft at Teeside airport? Looks like there's loads there!

Thanks for the comments everyone, and cheers for looking. To answer your question @-Raz- it's a live site that they drop bombs on and, judging by the holes in some of the aircraft, shoot at. There are no 'Keep Out' signs though  only the red flags you spoke of.

Looks great, my favorite from your set is pic #11 with the fantastic light.