The "Record" trademark was registered by the firm of C &amp; J Hampton in the Trade Mark Journal in 1909. Charles and Joseph Hampton were Sheffield toolmakers and ironfounders located at Eagle Foundry in Livingston Road, Sheffield, who had originally started their business in 1898 manufacturing marlin spikes and specialist castings. By 1908 C &amp; J Hampton became a limited company.

It wasn't until January 1931 that the company introduced a range of woodworking planes, based on the popular patterns of the Stanley Tool brand, in their No. 10 catalogue. By this time the factory had relocated to Ouse Road in Attercliffe, Sheffield, and the new planes were being marketed as "an entirely new British product", benefitting from new Government import tariffs which penalised imports and assisted British manufacturers in combatting the influx of imported planes from America and other countries. Woodworking planes made by Stanley Tools in particular dominated the British market and so a "Buy British" campaign was instigated to help combat the depression in Britain at that time.

In October 1934, C &amp; J Hampton bought the manufacturing rights from John Rabone And Sons Ltd. for the entire range of iron planes and spoke shaves formally manufactured by Edward Preston And Sons Ltd. of Birmingham. By the early 1930's it had become apparent that Preston's had fallen into financial difficulties and they were subsequently bought out by Rabone's in October 1932. Prior to this, Preston's had been Rabone's main competitor in the manufacture of rules and levels so the takeover made perfect business sense however, after the acquisition, Rabone struggled with the concept of becoming planemakers as well, and saw it as a deviation from their traditional product lines. They did, however, spend almost two years re-organising the iron plane making department at Preston's Whittall Works before deciding that "certain products were found not to conform readily with the company's other interests.", so the rights were then sold to C &amp; J Hampton.

Record continued to add various planes and spokeshaves to its product line over the coming years, but were forced to drop some of their range because of wartime restrictions. It is unfortunate to note that many of these planes and spoke shaves never made it back into production once the restrictions had been lifted.

During the 1950's and into the early 1960's, Catalogue No. 16 was frequently reissued in pocket form to keep customers informed of new tools, as well as the availability of certain pre-war planes, spokeshaves and other tools. Price lists were also updated wherever necessary. It wasn't until the firm had moved into new premises at Parkway Works in 1963 that Catalogue No. 17 was issued and that the product line had "stabilised" from its post-war restrictions.

In 1972, C &amp; J Hampton Ltd. merged with William Ridgway Ltd. to form Record-Ridgway Tools Ltd. By doing so, Record had taken on the manufacturing of wood boring tools, which was Ridgway's core business.

AB Bahco, a Swedish chisel &amp; woodworking tool company, bought Record-Ridgway Tools in March 1981, and renamed it Record Holdings in 1985, before renaming it again three years later to Record Marples (Woodworking Tools) Ltd. Around the same time the names of both "Record" and "Marples" appeared on the body castings of some planes -- predominantly the bench and block planes -- around the front knob.

It was obviously a period of great upheaval for the firm as the company was renamed a further three times in the 1990's -- Record Tools Ltd. in 1991, Record Holdings plc in 1993 and then Record Tools Ltd. (a division of American Tool Companies Inc) in 1998. However, the company struggled financially and went into administration in 1998. It was then acquired by US-based Irwin Tools in 1998 but was closed down soon after as the American owners moved production to China.

Firstly we scaled the building to accomplish if any security were present &amp; possible entry points... No probs with either so decided to take a look. The building is in poor condition and requires a little climbing and clambering through trees to reach. Theres asbestos present on site so was prepared with masks, the building is a fair size and took a little over an hour to explore. Lots of Sheffield graffiti art which is of a high standard and plenty of original features exist (unbelievably).. The building as come under attack from a lot of vandalism including fire damage, deliberate destruction and pigeons (lots of these present in the building), Theres also high levels of natural damage caused to the building via the weather (some areas the roofs not intact). Theres access to the upper floors via a central staircase (also leads to the roof) and a staircase at the west side of the building... lots of rooms leading off the staircases some safer than others. We were joined by SteelCityUrbex during the explore so shout outs to them... Great explore with lots of graffiti and nostalgia to keep you busy on the explore highly recommended (just watch out for the pigeons). 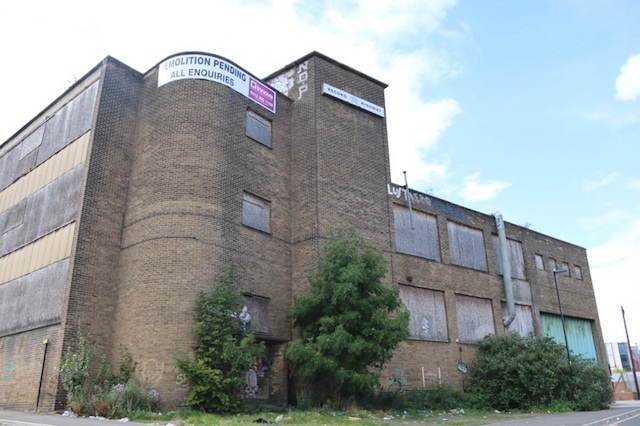 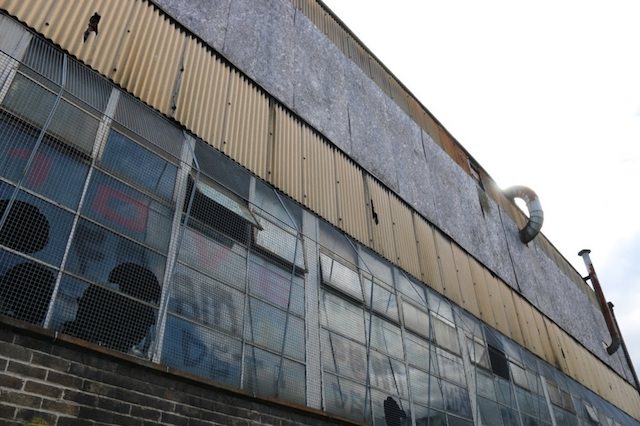 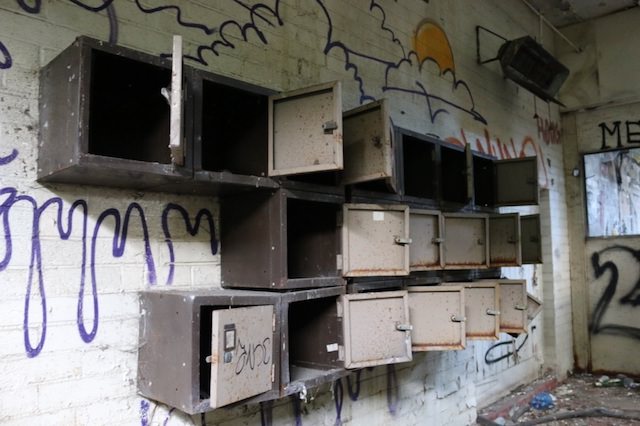 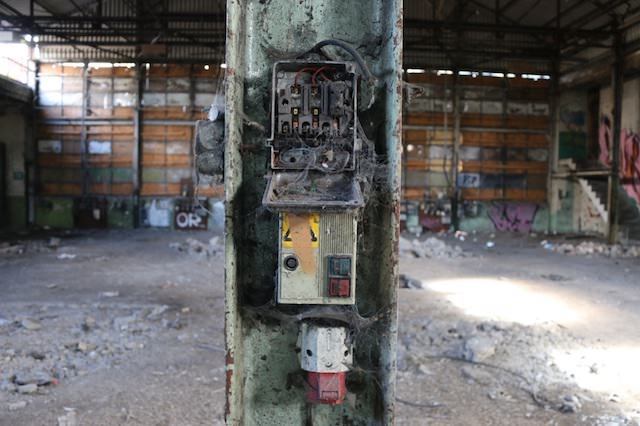 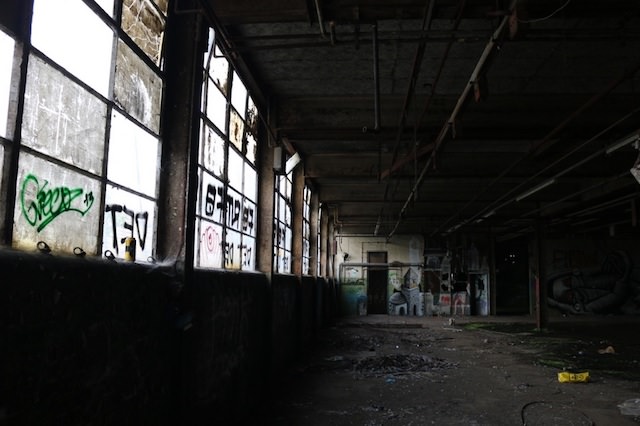 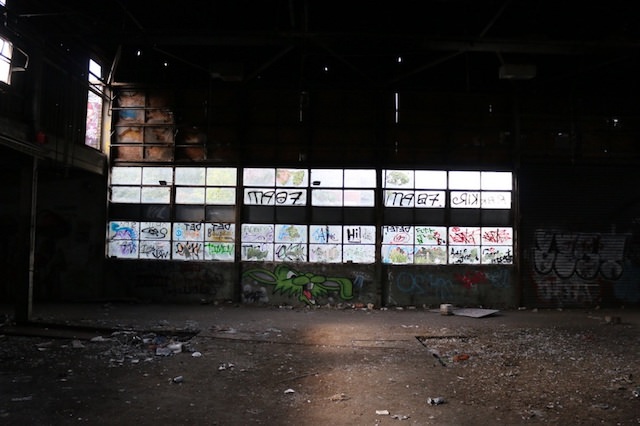 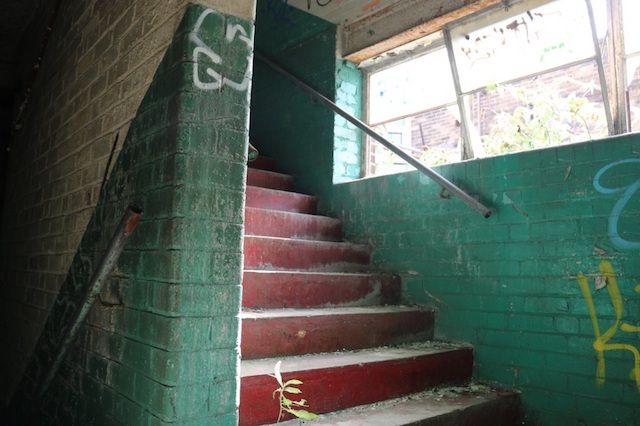 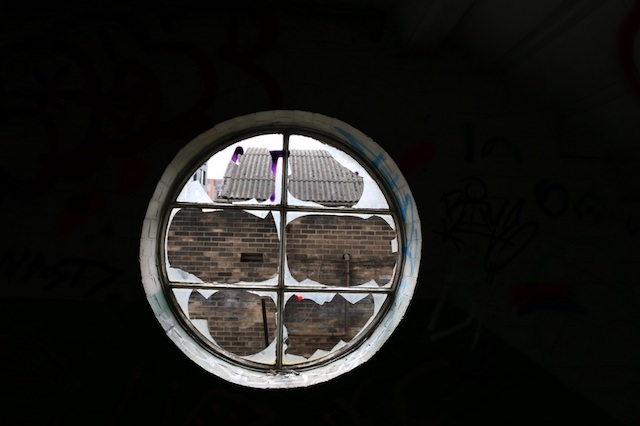 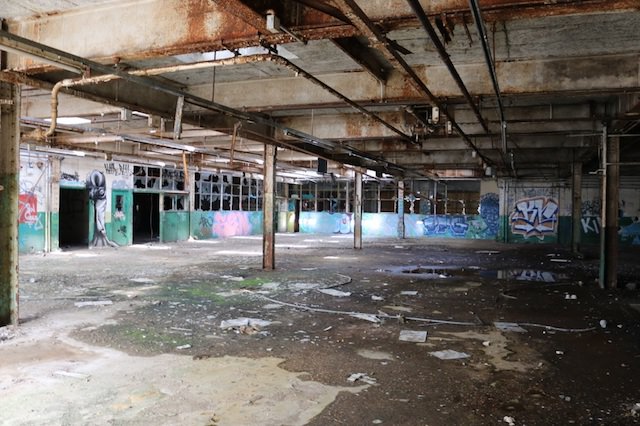 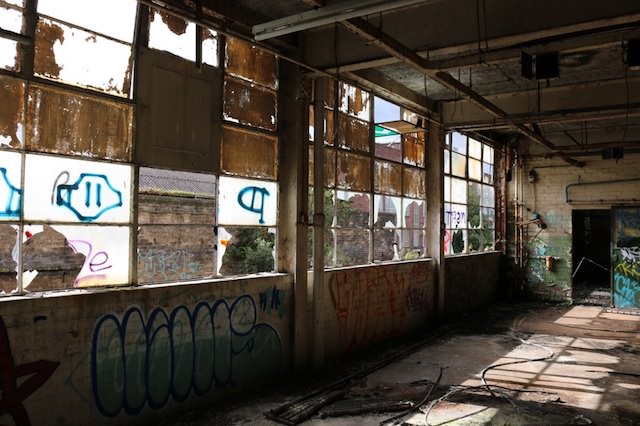 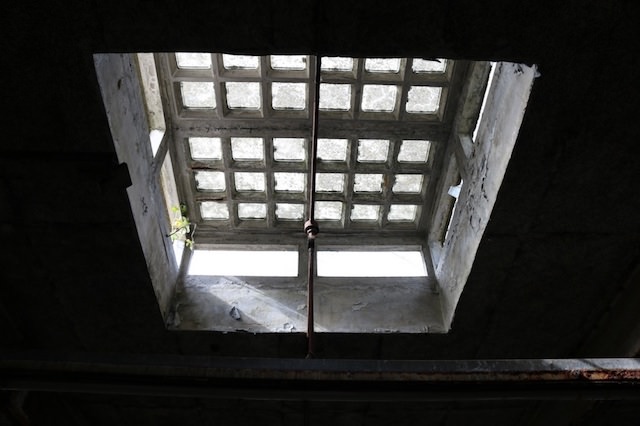 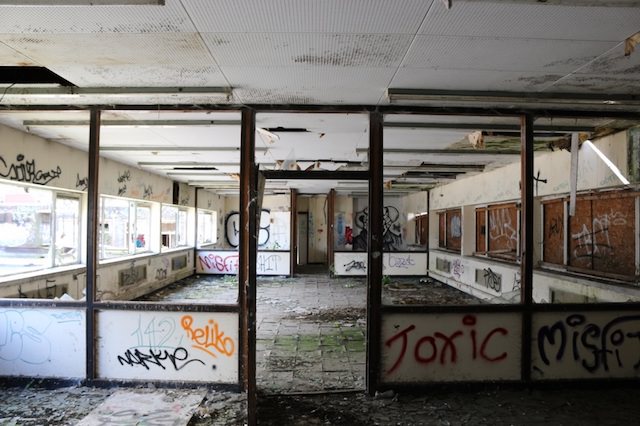 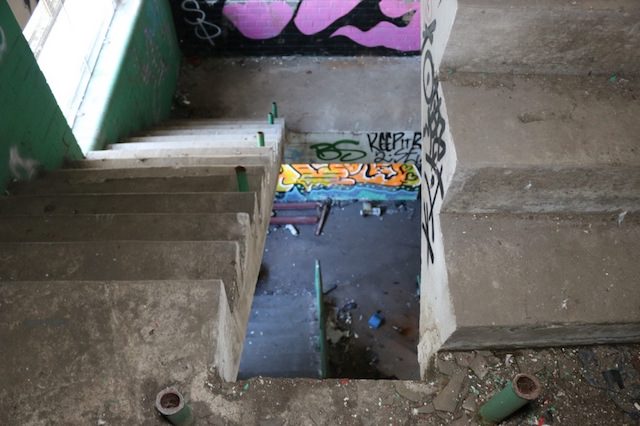 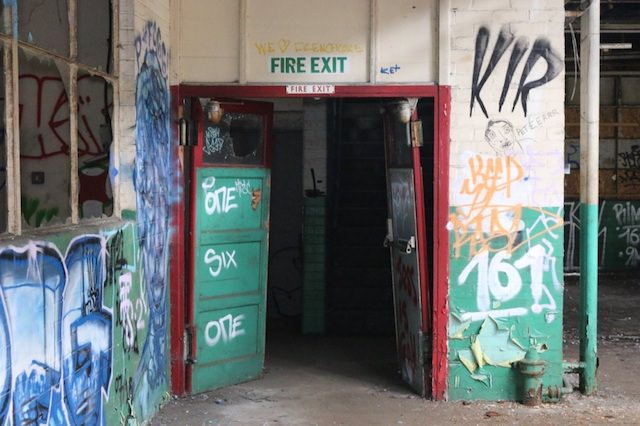 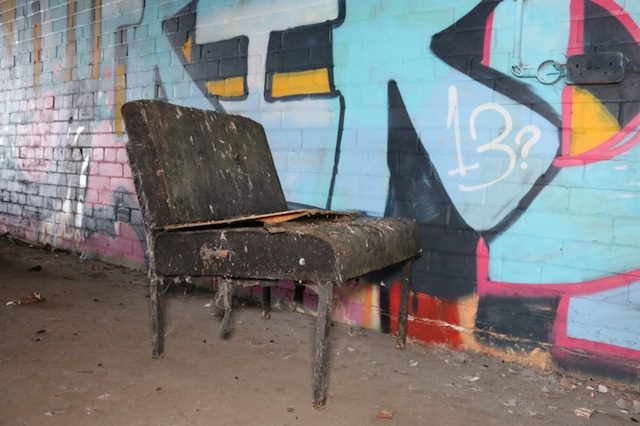 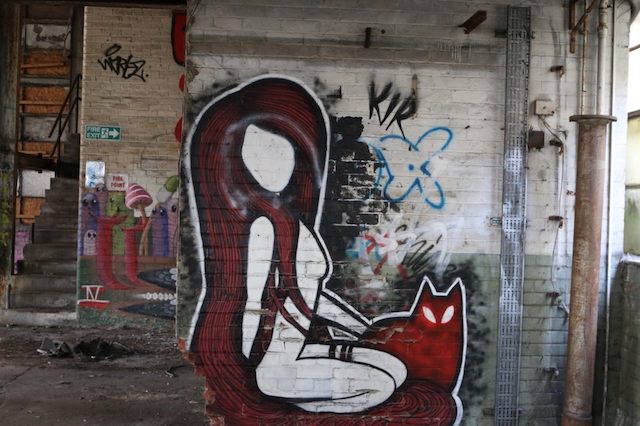 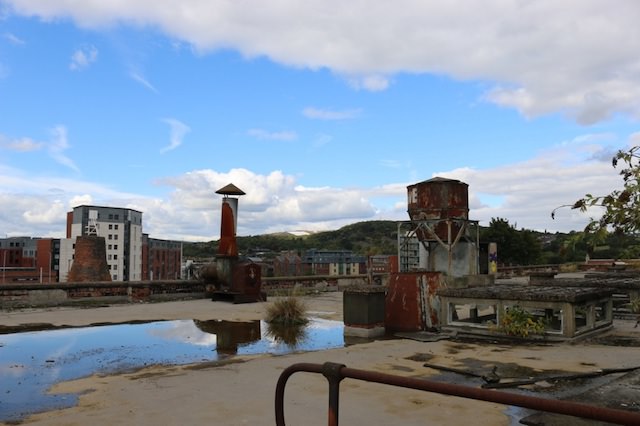 ​
​
​
Nothing much has changed in it current day form, just some more graffiti.​

You have done pretty well with that - Sheffield does have its bonuses, a good place for derps!

Best thing about this place is the Phlegm mural