Rougham Hall is a Grade II listed manor house, a largely 19th-century building on the site of the former Jacobean manor. During its restoration in 1878 it had added to it a staircase dated from circa 1700 taken from Finborough Hall, in Suffolk.

It is the ancestral home of the North family, descendants of Dudley North, 4th Baron North, and his son, the lawyer Roger North.

Rumored to have been in residence was the army and during ww2 was used as storage for warheads and ammo in various scattered bunkers.

Our first time here was amazing! we turned up to what we have only see on pictures and to be amazed at what we saw, not only was this building in a bad state of decay but extremely dangerous.

The first part you notice upon a drive or walk is the long road leading up to this remarkable grade II listed building and a feel of urgency that "im not supposed to be here" haha like thats ever stopped a explorer Your then greeted by the clock tower and the ruin of where the "former" kitchen would of once been, plus seen as the building was hit by a 2000lb german bomb and rumored to of been knocked off its foundations part since have had to be demolished see picture below for the "frozen in time" clock tower stuck on 12:05 since the bomb hit!

When you walk around the building on approach you see the back end of the manor house in all its glorly extensive damage and more. 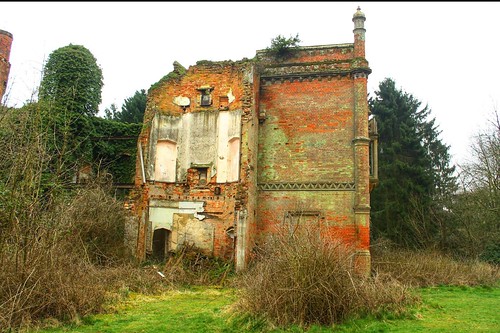 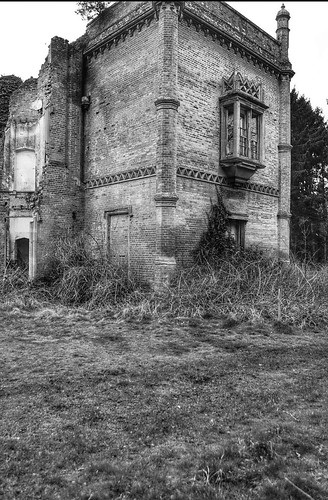 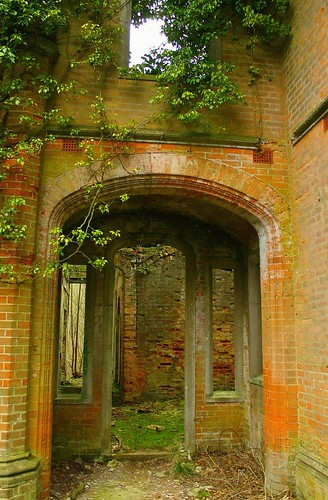 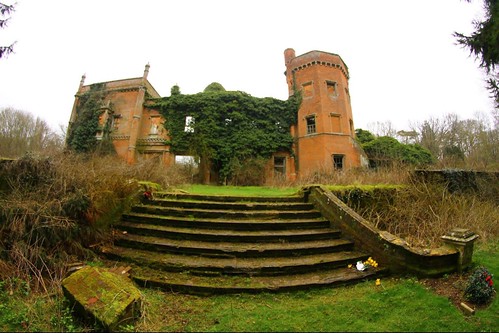 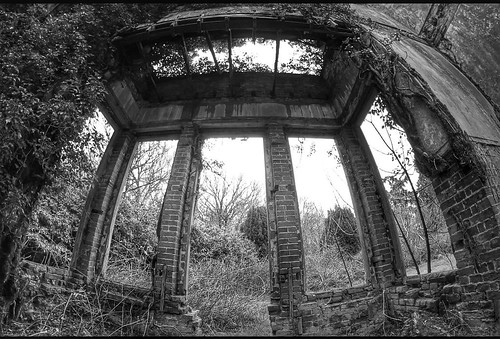 Extensive damage ment we had to tread with extreme caution, rotten walls and decayed brick made the remaining structure extremely unsafe and load creaks to be heard. 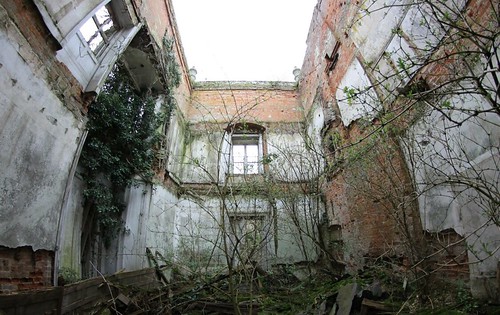 Given the level of evidence gathered the bomb entered the last remaining turret roof crashing down through the floors smashing into the cellars and causing such ground force that the building was forced off its foundations meaning that the last turrets joining the kitchen areas to the gatehouse and clock tower was demolished due to danger and severe structural conditions.

This stunning place was once a great place to be judging from old pictures and its a sad example of what war did to us.

we will return one day and hopefully find its been cared for so it last for more generations to come.

Great first report mate! Quality set of images there, especially like the look of that clocktower. Looking forward to seeing more from you

Its a good start mate, take the time to read the FAQs and how to post reports etc, you will find it will be easier next time.

Nice report that, love that clocktower, thanks for sharing

Nice one fella, those b&amp;w shots are very nice

Thank you i really appreciate it

You're welcome thanks Tara