Evening all, hope everyones feeling funky fresh and all that jazz, took a little tour down south last weekend, chased a couple of new leads which unfortunately both turned up fails, the first was a an attempt on the lovely old 1930s fire station in my home town and the the second was an interesting place ill chuck up in leads n rumours as its too far away for me to keep an eye on, anyway lets see what ive got to say about about haslaaaaar!

Explored with badge and a local non member explorer. So it was another early one, muchos coffee would be required so thank god for 24 hr garages- "can i have a large flat white mate", "we don't do large flat whites", "fine can i have two flat whites mate"-problem solved, even though i only had time to drink one, forgot about the other and downed it stone cold when we got back to the car. It had been light about 1/2 hour by the time we got in, we aimed for dark but we all know what time it gets light atm and it's not a fun time to be getting up! Once inside first thing we came to was the ct scanner after then i went for a wander whilst the other two took some pics and found a nicely geared up lab, pretty mental actually, so i'm in there in the lab with my tripod-fuck snakes, the head on my ball mount is well lose, massive hairy ballbags, ok where are allans keys? obviously they are in my toolbox, needless to say i didn't come exploring loaded out with my fatmax tool box, oh my- what an absolute shitbag, got to spend all day taking shots on a wonky tripod-great, instinctively glanced around, as you do, not realistically thinking i'm going to find anything useful but instinctively glancing around all the same, you know how it is you've got a problem, have a look around for a solution, or at least something you might be able to bodge into a temporary solution, low and behold, less than a foot away from me and what's on the side? a lonely flipping allen key - obviously in my head i'm saying 'pffft naaah not a chance, there's no way that's gonna fit, no one in the entire history of the world is that bloody lucky, sod it worth a try', pick up the allen key, slot him in the screw head- boom, shake shake the bloody room a perfect fit! asbofruitly bangerang, ask and ye shall receive!! sorry that particular waffle went on a slightly bit longer than i intended but it was bloody mental and it did blow my mind a bit! so after picking up the pieces and putting my blown mind back together we had a wander around a couple of operating theatres and one of the wards, no beds in the ward but still has all the lamps, think then we headed down and came across the main through gate to the courtyard, the place with the arches and the old tracks running through. Whilst the other two got there shots i wandered off on my todd for 20 mins/half an hour and had a mooch around the basement, got a habit of wandering off, kinda miss exploring solo sometimes, nice to wander freely about and not wait to take shots or tell jane to get the funk out of the way every two minutes! I bumped back into the other two some time later by the rather well known curvy stairs, very photogenic staircase, wish i had got a few more angles tbf but as i say three of us taking shots of the same thing i got bored pretty quickly waiting around, patience is most definitely not a virtue of this particular explorer 2: . After a bit more mooching about we ended up on the roof, could see a tradesman working on one of the out buildings and saw a high vis jacket wondering around so hid behind the upstand of a gable for 10/15 mins before glancing over the top , grabbing a couple of shots and heading back in. cant really remember where we headed next, but at one point we were in the gym and jane threw herself off the rope she was swinging on onto the floor as she had just caught site of the rozzers rolling past so again we bailed up on the roof and hid out for another 10/15 mins. We had been hearing footsteps most the morning, everyone i had spoke to about haslar prior to going had said, you're gona get caught eventually, its just a matter of how long you get in there before you do. Once we were about done with the main building it was coming on for 10 so we decided to bail out and try the water tower and the morgue, both well out in the open so the rumble-ometer was definitely in the red and low and behold, we got rumbled, not too disappointed though, we had had a good 5/6 hours in there so chalked up as a success. The secca was nice as pie, thought he was going to try and sell us some double glazing the size of the smile he had on his face as we approached him, we tried asking to see the morgue, nice as he was he poo-pooed that idea and so i told him to go stick the kettle on and have himself a little break now that he had found us and with that we left without a fuss. Bloody good morning all in. I really enjoyed this place as my uncle lives in gosport, was a navy man and also used to volunteer at haslar when it was operational so was cool to walk the same floors as he used to and looking forward to showing him some pics of the place as it is now.

Since 1753, The Royal Hospital Haslar in Gosport has provided medical care to the service personnel of the Royal Navy, and latterly, to the Army and RAF, and, in more recent years, civilians, too.

The building of the hospital took 16 years and planning permission for it was first granted in 1745 by King George II, when the land was purchased.

Originally, a fourth side to the hospital’s three-sided 'U' shaped layout was planned, and was to include a chapel, but due to over-spending on the project, work on it never began.

"The biggest hospital in Europe!"

Even so, during the building of the hospital, one of the first Physicians of Haslar (the person who ran the hospital), Dr James Lind, described the hospital as "an immense pile of a building and when complete it will certainly be the biggest hospital in Europe!"

As a compromise to the scrapped fourth side, a separate church was built in 1762 for staff, their families and patients.

But the hospital was already operational long before its completion – by 1753, some nine years prior to building work ending in 1762, would-be patients were bedding down in the builder's living quarters, aware that the new hospital would soon be open.

With the hospital still only half-built at this stage, and the need for more space to care for sick sailors in the area becoming increasingly desperate, patients were admitted into the completed areas of the hospital from October 1753. There is no formal record of an official opening of the hospital.

But Haslar frequently saw full wards, and over the decades would gain a reputation as an excellent example of military nursing care.

Casualties from all major wars were treated at Haslar. The sick and injured servicemen from Trafalgar, Corunna, Waterloo, and Army casualities from the Crimean, as well as the two World Wars of the 20th Century, and the Falklands, were all cared for at Haslar.

Haslar hospital, from the front

In the first decades or so of the 1800s - the years of the Trafalgar, Corunna and Waterloo battles - many of Haslar's patients who died were laid to rest in the grounds. Its said that buried in the paddock to the south-west of the hospital are tens of thousands of servicemen, and is thought to be the densest area of burial in the UK of those who died serving their country. When Haslar first opened, some compared it to a prison. There were overcrowded buildings, discharged patients taking up home in the attics and reports of drunkenness and petty theft among staff and patients.

Late 18th Century Navy inspections resulted in improved conditions, when a Naval Captain was appointed as the hospital's first governor in 1795.

The management of the hospital was primarily by Naval Officers rather than by doctors, until the early 20th Century.

During World War I, the hospital was full, and during World War II, the threat of air raids meant Haslar primarily treated emergencies who were then transferred to inland hospitals once the patient was out of immediate danger. In 1941, two bombs hit the hospital.

The hospital was originally Naval only

Management of the hospital went over to doctors - Haslar was now under the leadership of a Medical Officer in Charge.

In 1954 the word 'Naval' was formally included in the title of the hospital, becoming Royal Naval Hospital Haslar.

'Naval' was removed in 1966 when it became a tri-service hospital (ie Navy, Army and RAF), serving the families of service personnel as well as the local population in the Gosport area, a role it continued with until now.

The military medical care carried out at Haslar now transfers to a new Ministry of Defence Hospital Unit in Portsmouth, and the 200 or so service personnel currently based at Haslar will remain there until 2009, working alongside NHS colleagues carrying out NHS work.

In 2009, the hospital will close its doors for the final time.

Picturegraphs-quite pic heavy as its a big ol place and all that, had about 35 in my shortlist when i went through them but whittled it down a little! 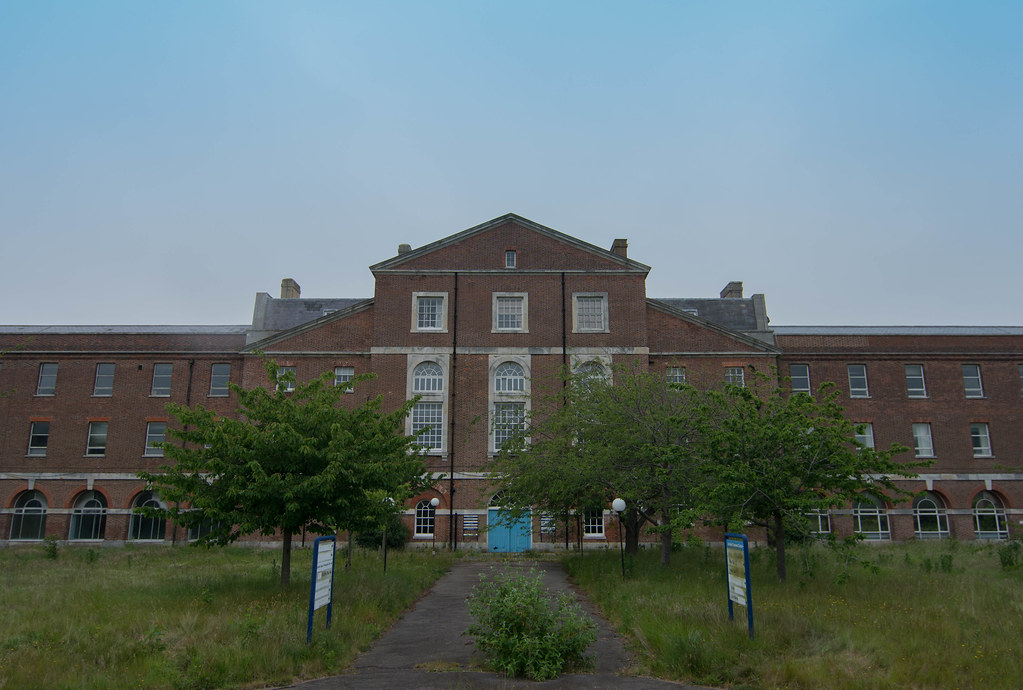 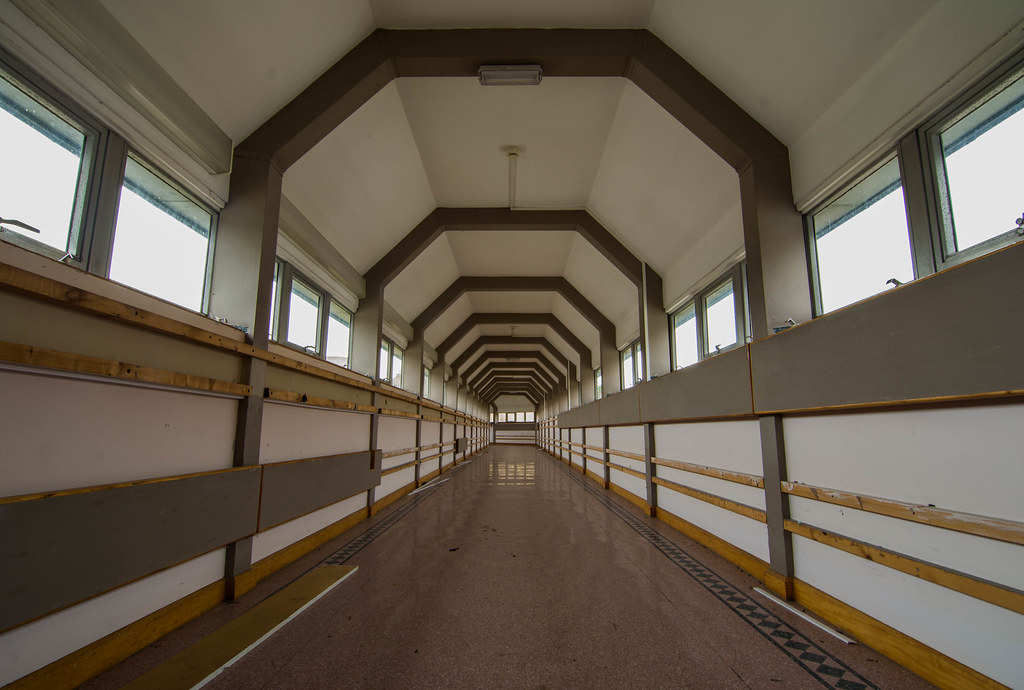 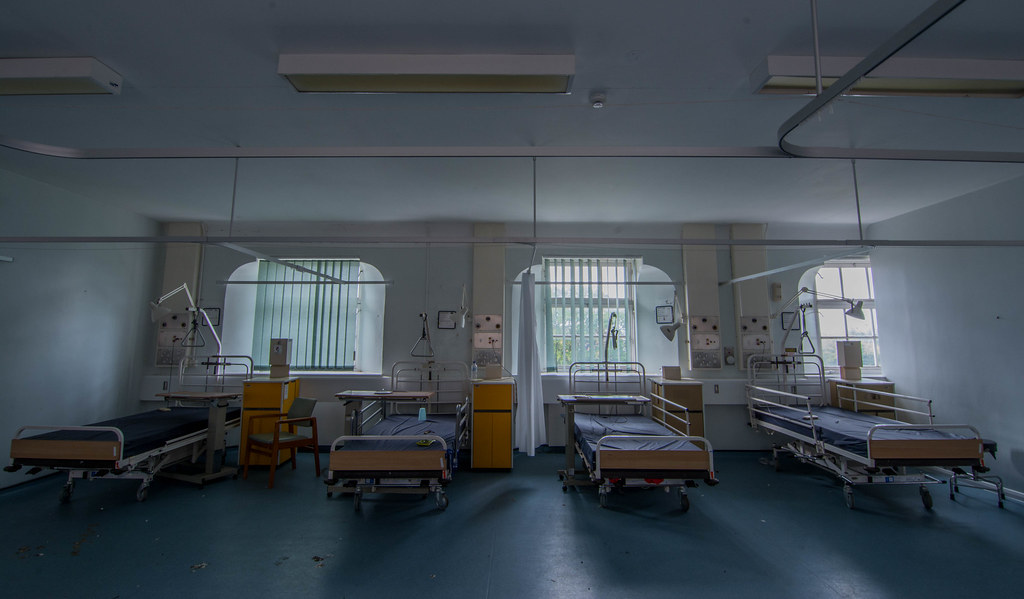 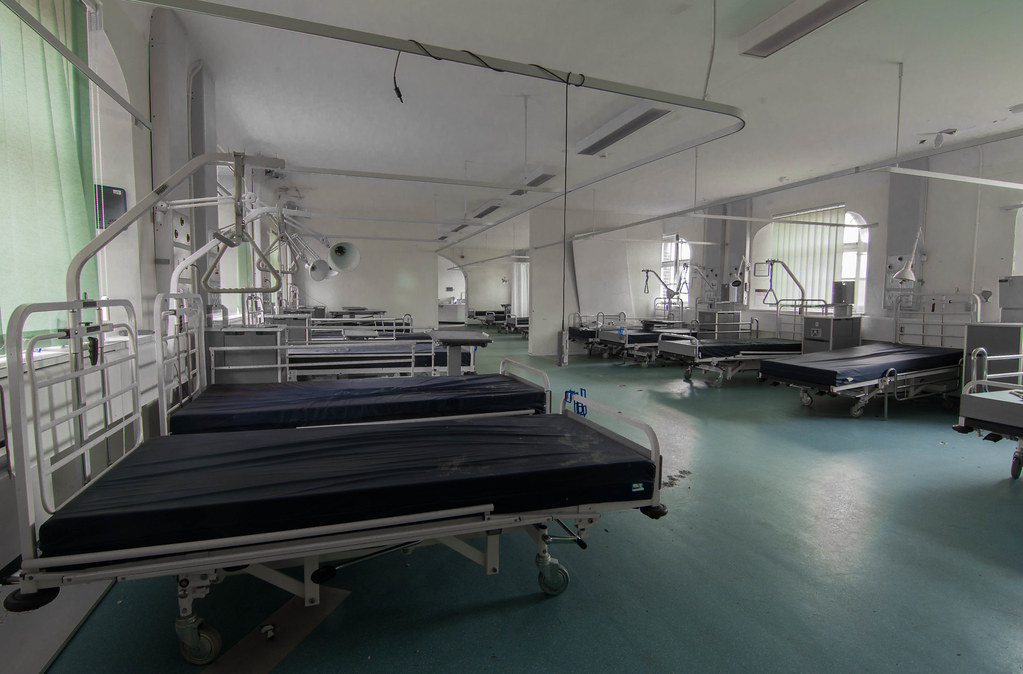 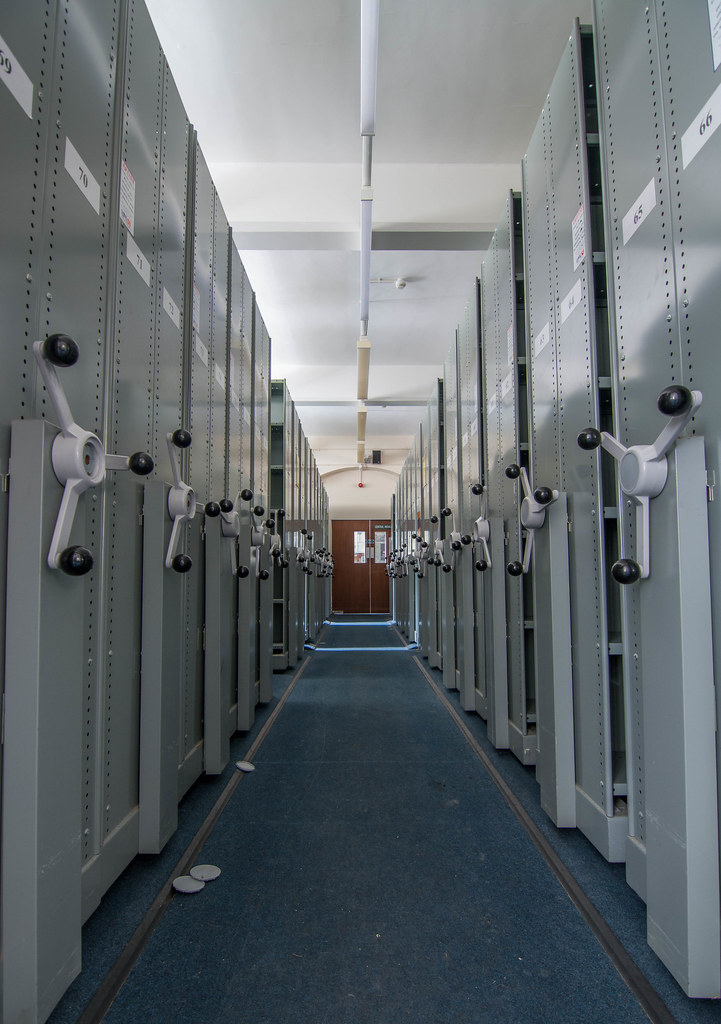 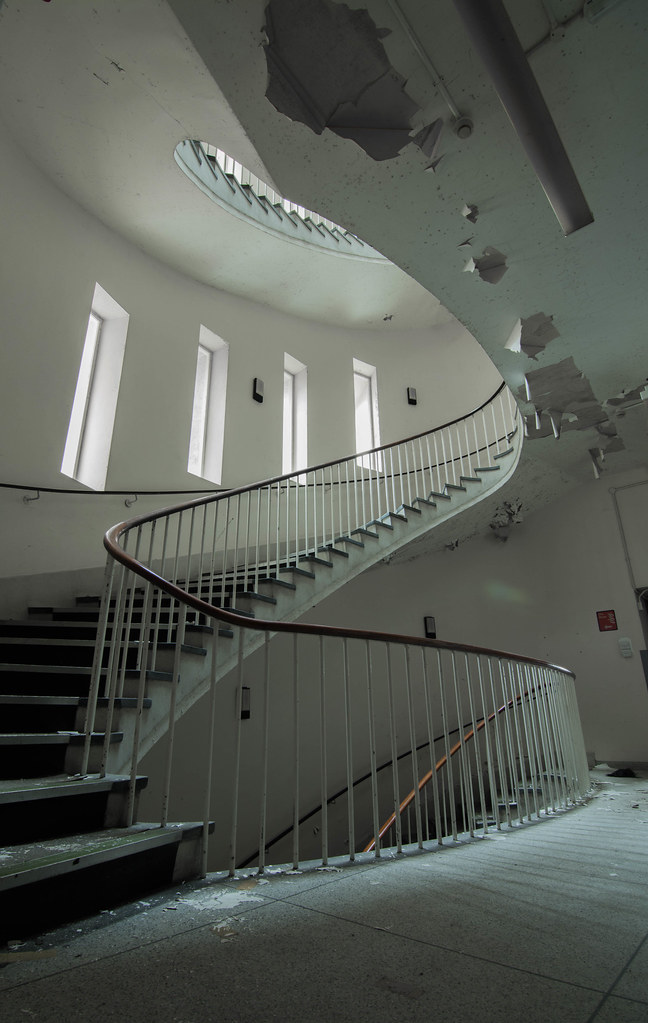 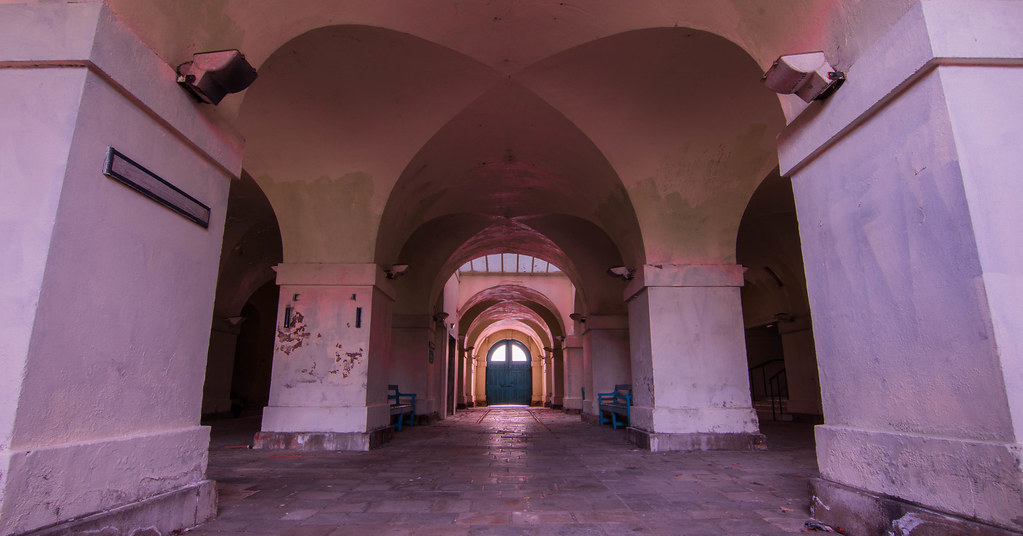 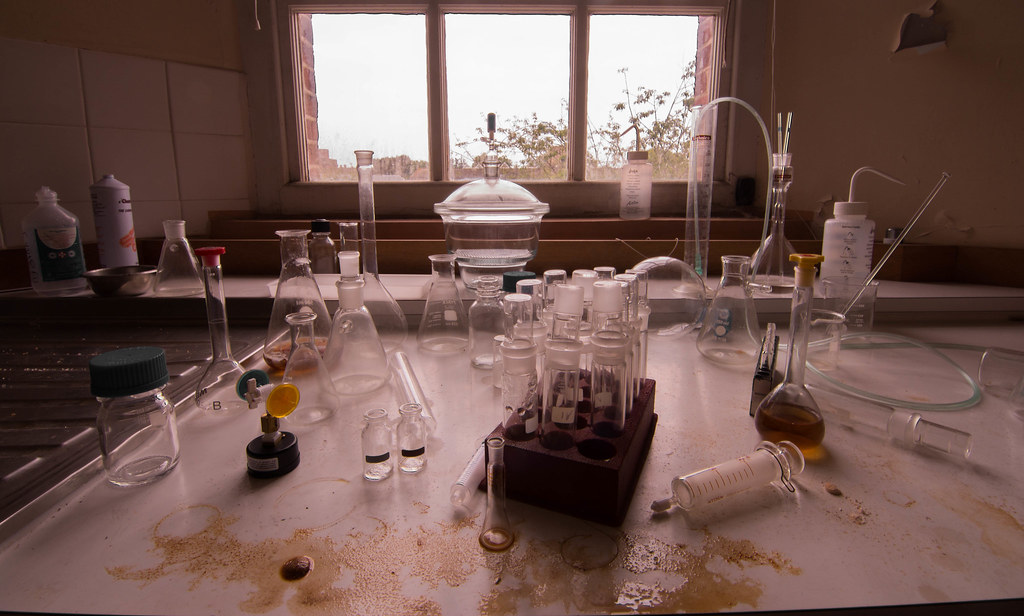 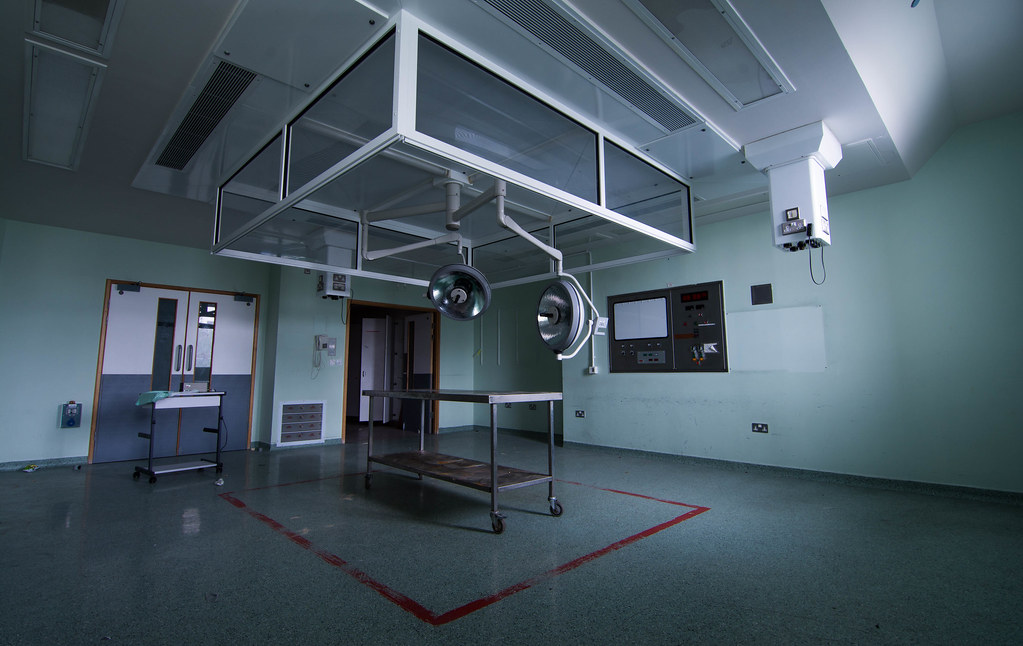 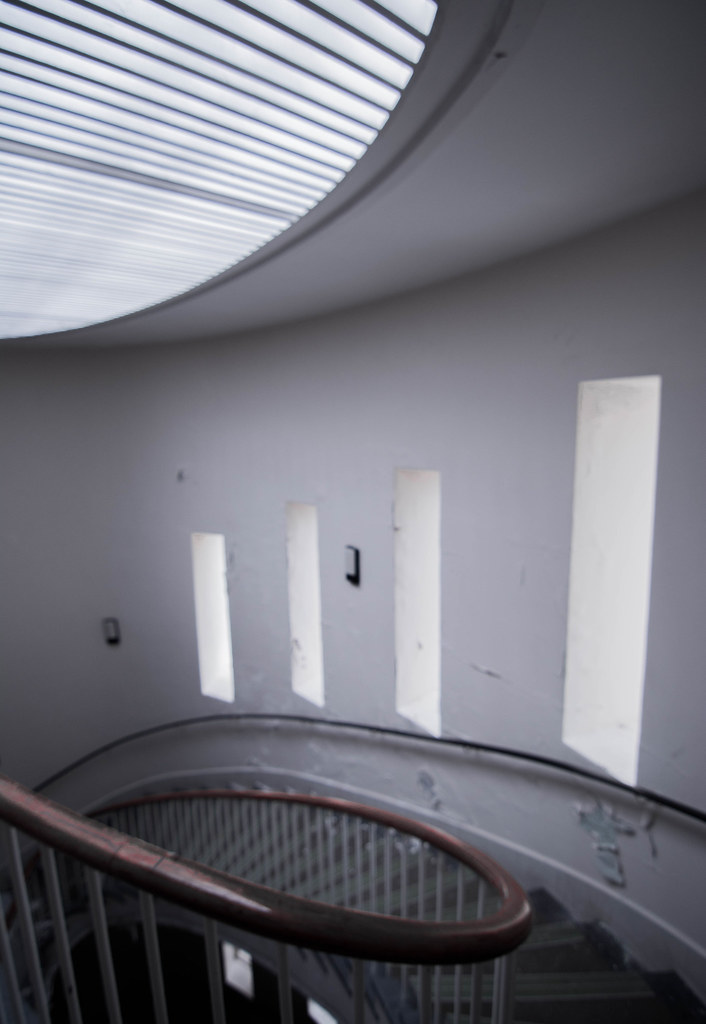 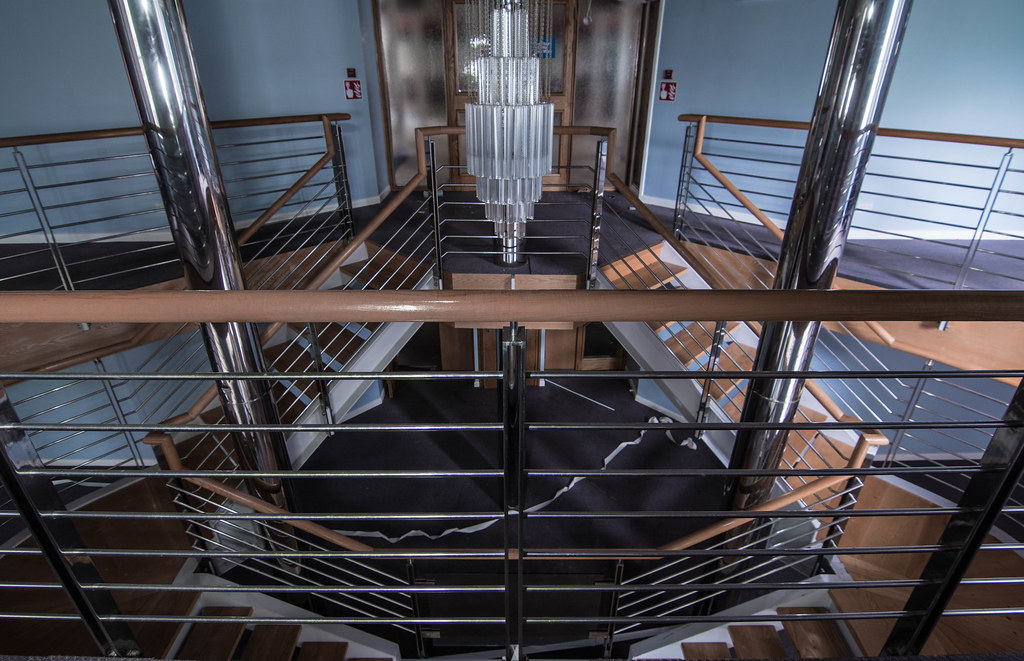 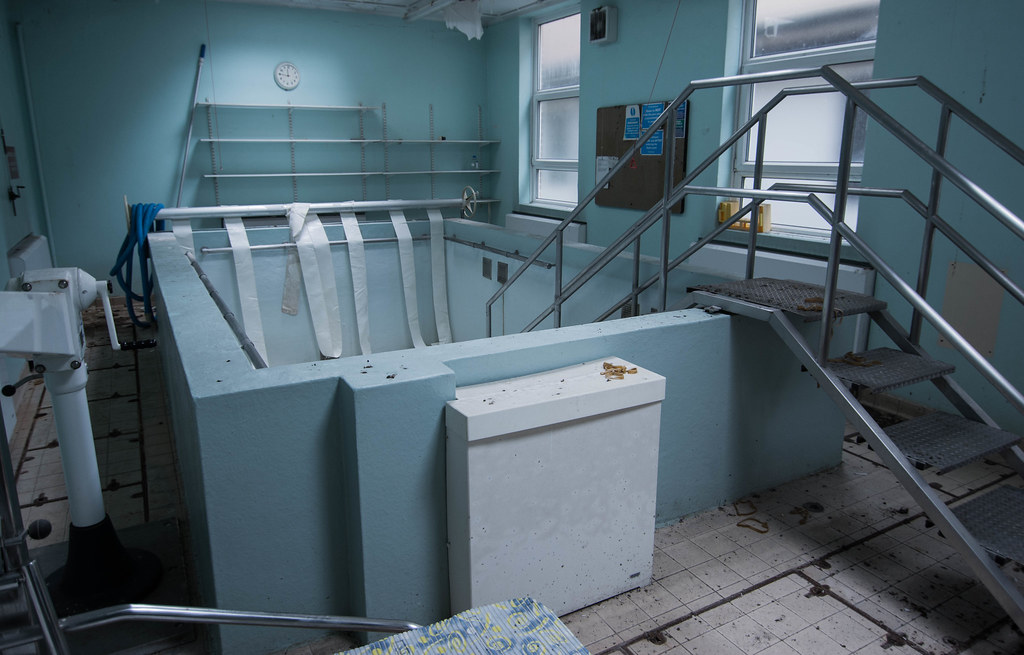 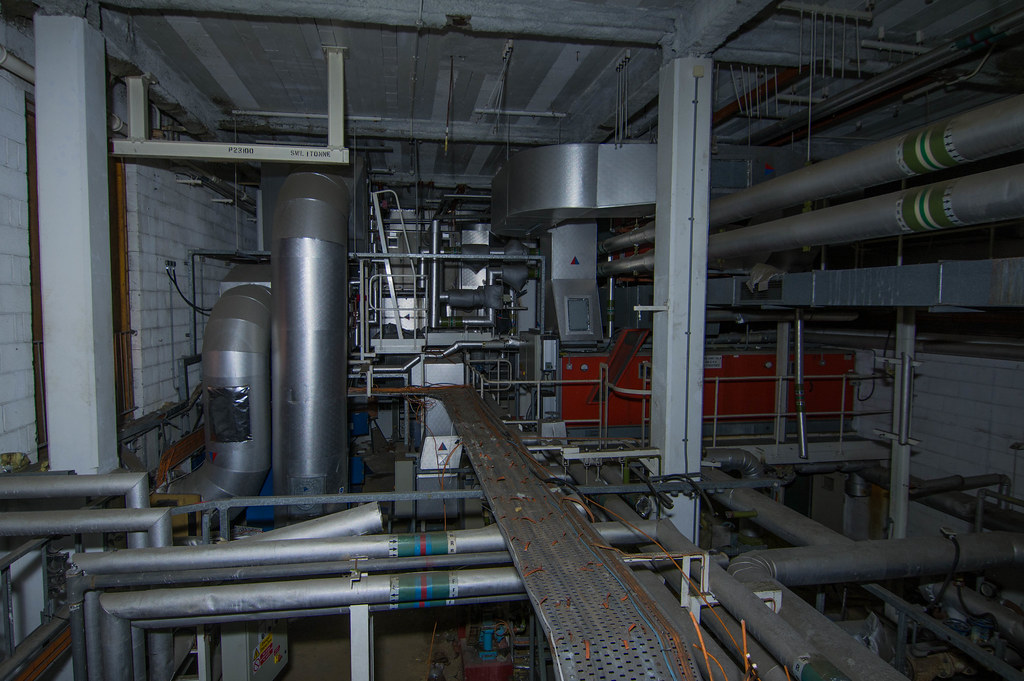 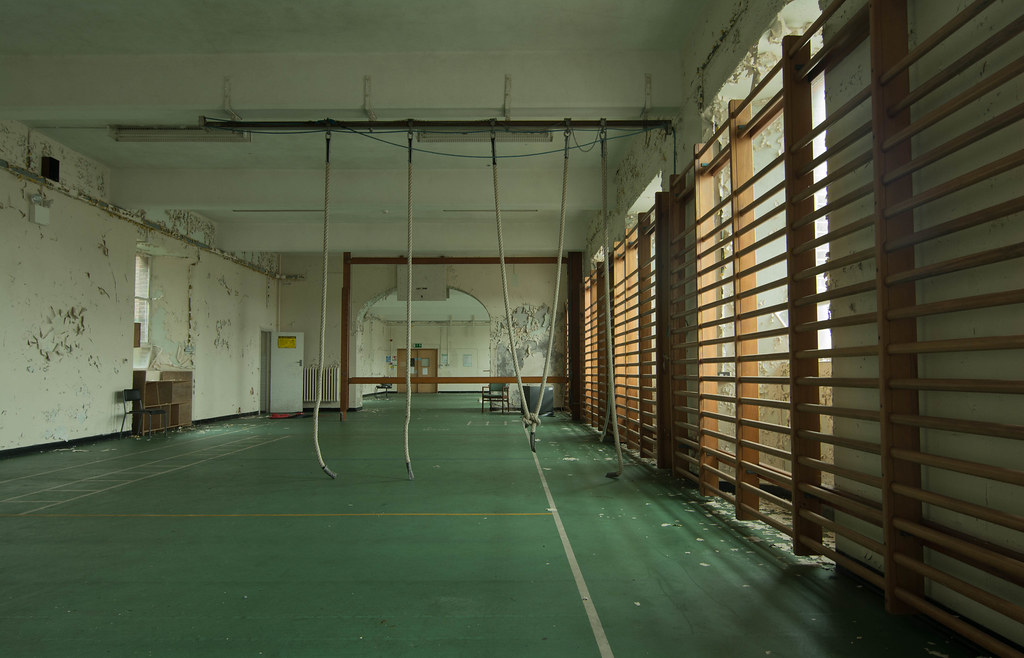 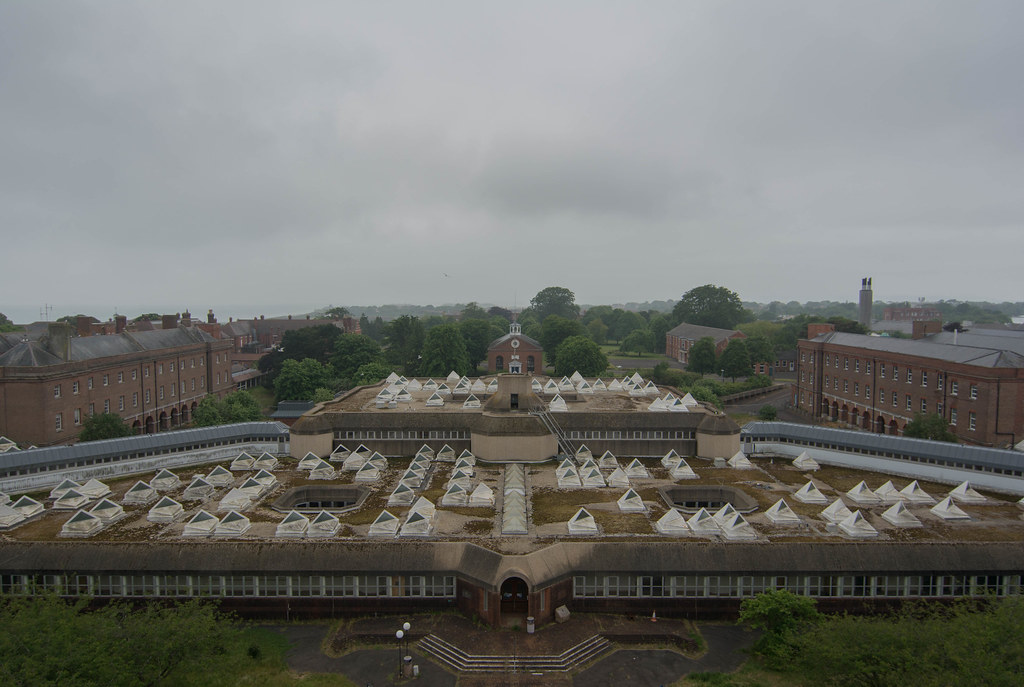 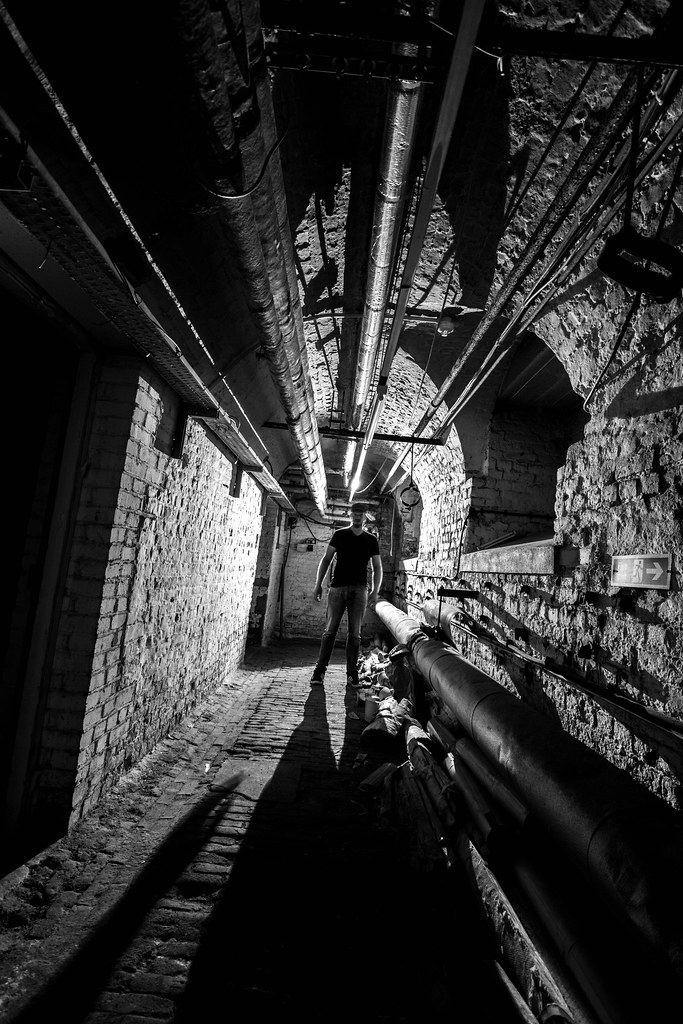 thanks for looking and have a happy haslar day kids !!

I fucking love your write ups! Never a dull moment and enjoying it to the max!

Well done, this is one of my fave places. Loving that theatre corridor shot. And those stairs.. Well....

Proper pissed myself with that write up as always

Will never tire of seeing pics from here and these are no exception. I'd visit here just to see that staircase in the flesh

ay nice set mate, was awesome to explore with you. love your roof shot - shame my battery died before i managed to get one! staircase pictures are sweeeeet!

thanks guys much appreciated specially thanks to squidy, as i say if you're up our way gis a shout! - just posted up on 28 aswell and straight away i got a pm off a dude asking for access-he joined on monday...think our super smiley secca might be trying their luck! 2: :unfair: olice2:

Nice set mate, that rooftop shot is an absolute belter

I think as hospitals go this is a very nice explore and vast which is always good.

Looks like you covered the place well and got some very cool shots.

Shame about the morgue but shit happens