This shouldn't be here. By all stretches of logic, this should not be here. Why should it be? It should have gone years ago. Think about it; derelict since 1991, an enormous concrete monolith stands in the middle of an area of outstanding natural beauty. Situated not far from Brighton and the coast of southern England, why should this not have been long since demolished and developed like everything else? I don't know. That said it's every explorer's dream for a building to just be closed and left to its own devices for years, with virtually nothing done to it, like Millennium Mills of industry and Mansfield General of hospitals.

So what prompted me to do this? Well... when I was a kid, I used to visit the Chinnor and Princes Risborough railway. I used to look up at Chinnor Cement Works in awe at what could be inside, but I was young, didn't know about urban exploration and I suppose never thought about actually entering. Closed in 2000, it was demolished a year before I truly began exploring in 2007. A damn shame, because it was GOOD inside. The only thing that I ever saw was a beehive kiln, now awaiting restoration in the middle of a new housing estate. The other place was the third explore I ever did: Shipton-on-Cherwell cement works. Closed in 1986, demolition was a long-drawn out affair between I think the late 1980s to the early-mid 1990s. But something happened, and demolition stopped. A handful of buildings were left, and from 2008 to 2010 (excluding when I got chased out by chavs as a kid in 2003-4) I made a handful of visits there, until the rest was demolished by mid-2015. I loved it then and was sad to see it go because it was where I started this all, but it was long past its prime. I don't know what's happened to Southam, so this was my first true cement works.

The other thing is this, and I'm absolutely certain that if you started exploring when you were young you have the same feeling: exploring a place that closed either since before or when you were born, or closed at a distant but significant time in your life. Shoreham Cement Works is that to me; I was born in 1991, the year this closed. As Speed said, Shoreham is the last pre-28 epic left now that Battersea and Millennium Mills are going. And if I were to do this, it was now or never. 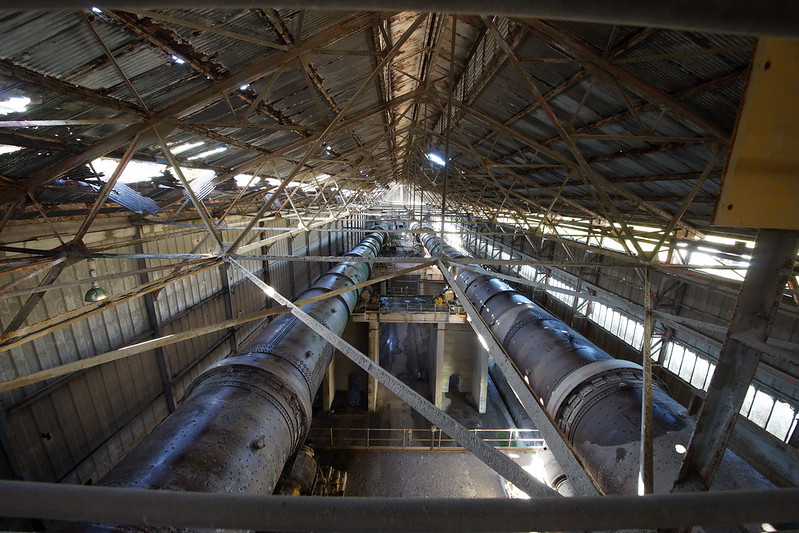 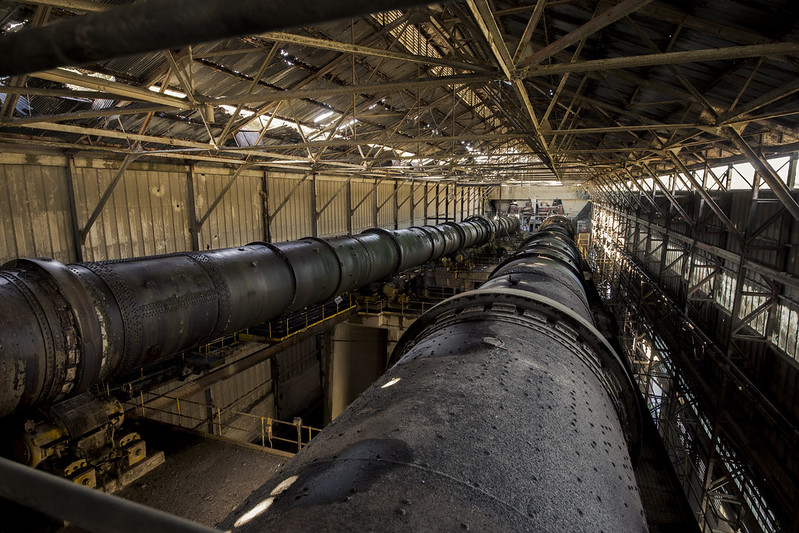 The day started out frustratingly to say the least. After stupid delays, I took the train from London and got to Shoreham on the brink of a downpour. Whilst not heavy, it was relentless enough to eventually soak through my shoes and make me feel rubbish. To add insult to injury, I chose the wrong road to enter from, which meant I trapsed through wet and muddy fields, clambered through thick bushes only to be met with a SHEER drop and absolutely no chance of entry. Getting to the correct access point took AT LEAST two hours! Still I would NOT give up. Feeling groggy and grumpy, I got to the access point, and so began the final and most risky trek. 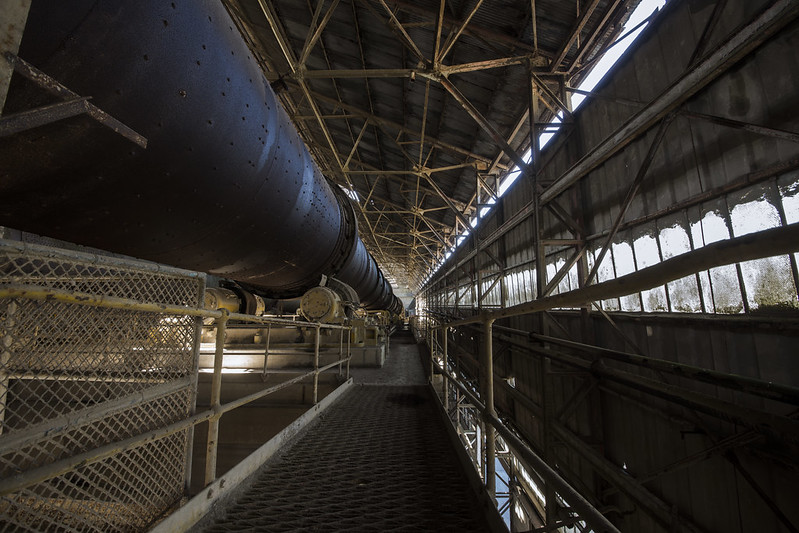 It's funny how nerves play out. It was a weekend, but I'd already seen a guard in the cabin looking out at me on the road. Or the weather, I don't know. The main building was wide open, but it was clear it would be suicide to make such a blatant entry in front of so many lorries and workers going in and out. But I had an advantage... the quarry was closed for the day. No workers except at the back of the main building. 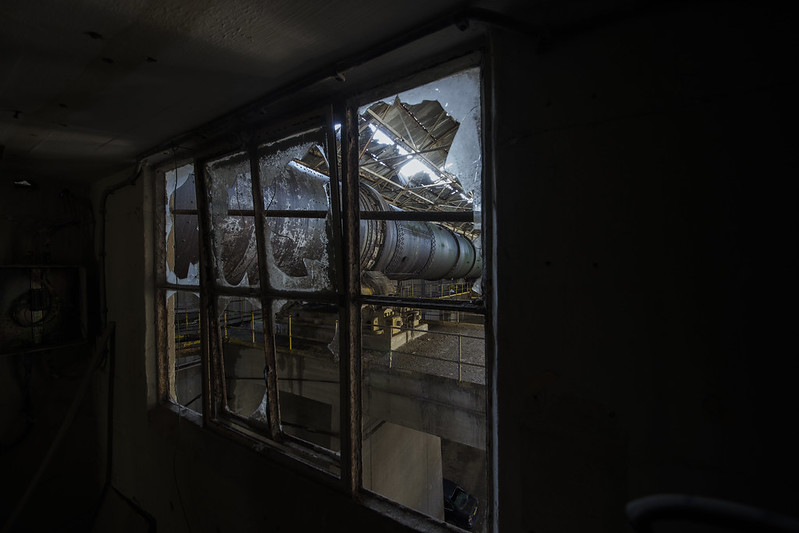 I panicked; the nerves were going up, but I wouldn't give up having gotten so far. I couldn't work out a way in. Eventually I found a way in that can only be described as BANG. BANG BANG BANG. CRASH. All in full view of workers. I found out later this was completely unnecessary and overcomplicated but I was in. I made my way along the conveyer belts until I got to the second building, the crushing silos. The entry to the final belt was haphazardly fenced off and barricaded, and with it being only minutes since I got in, I saw a black Mercedes drive past...

It was security. I was never spotted on the trek, but if I'd left it minutes later getting in I would've been finished. I waited a few minutes, my nerves going up even more. I was about to make things even harder, but then I realized luckily someone had made a secret access point which was only clear upon second sight... I was in. 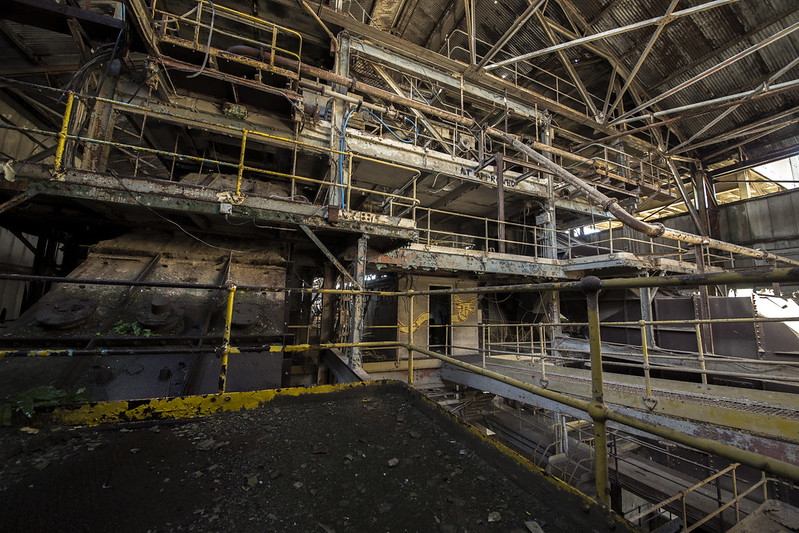 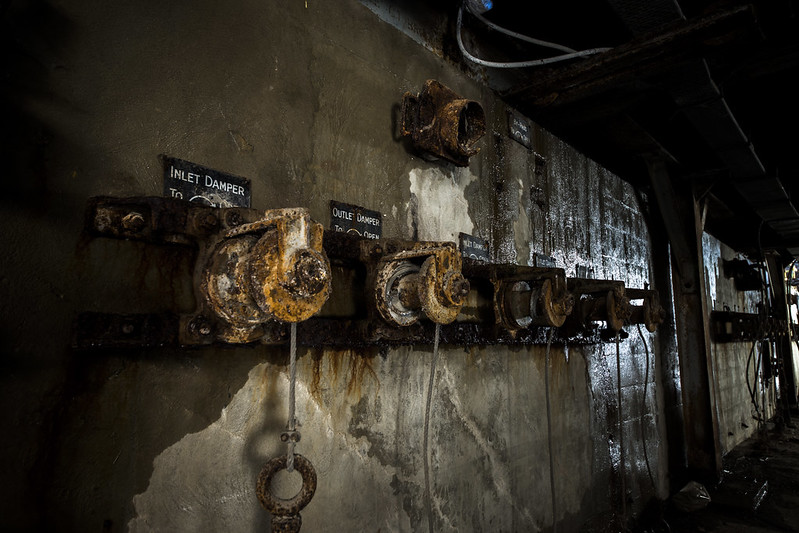 I'd made it into the main building, but I'd not taken a single photo until I heard voices, which sounded like they were in the building. I FROZE. I looked down, and all the ways into the building were wide open; one peep inside and I'd be a deer in the headlights. I couldn't let my guard down at any time. To make things worse, the walkways were littered with debris and in places even rusted and collapsed. 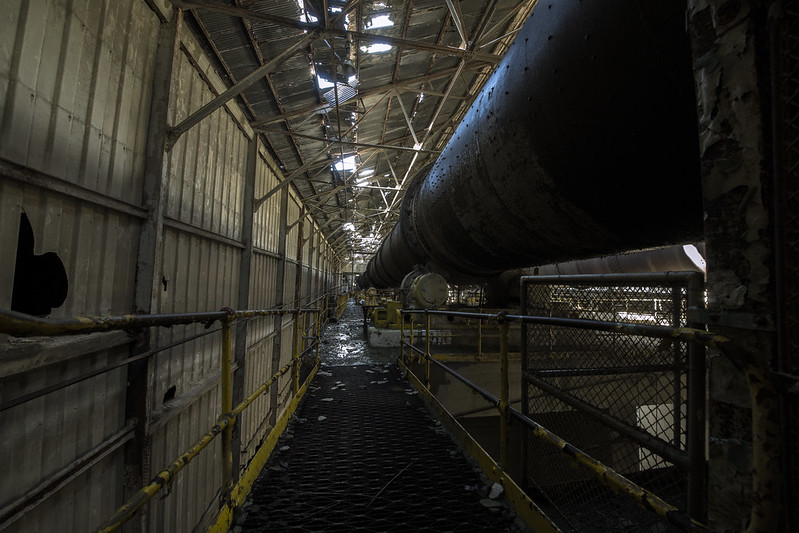 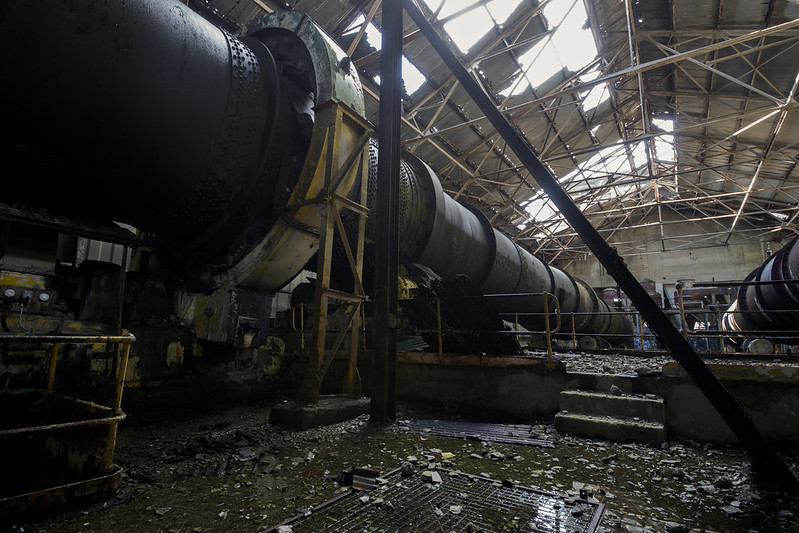 I never did see security again, by the way. 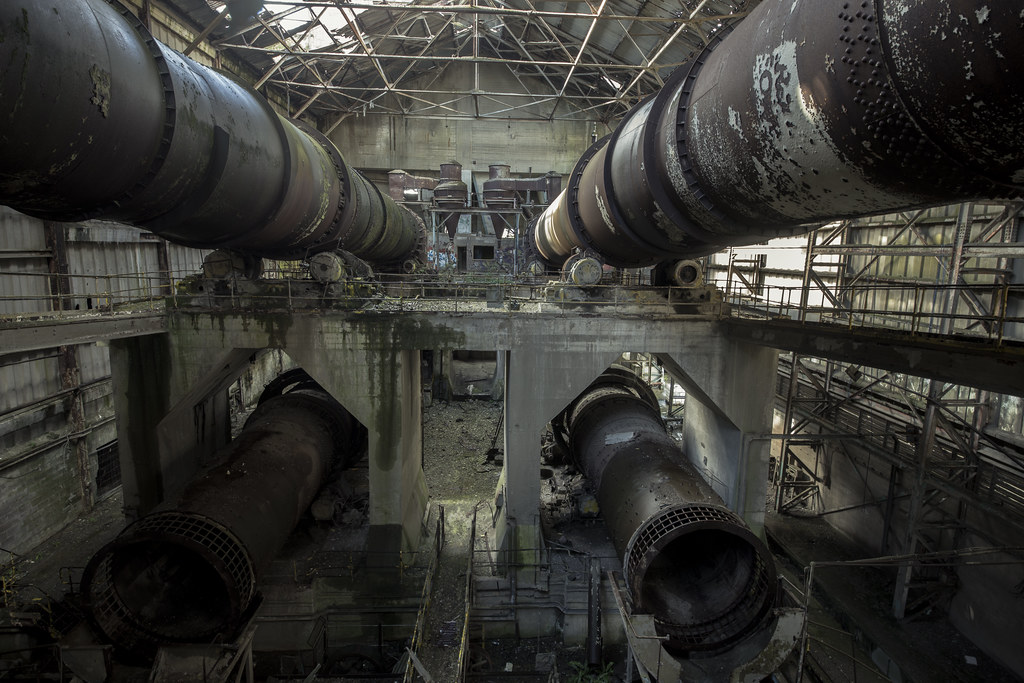 Was it worth the effort? The answer is a resounding YES, absolutely! The overwhelming size, decay and atmosphere were absolutely incredible. Though I was too busy scoping the place out and getting in to take photos, there were some brilliant pieces of graffiti too. And I'm saying that as a graffiti-phobe. 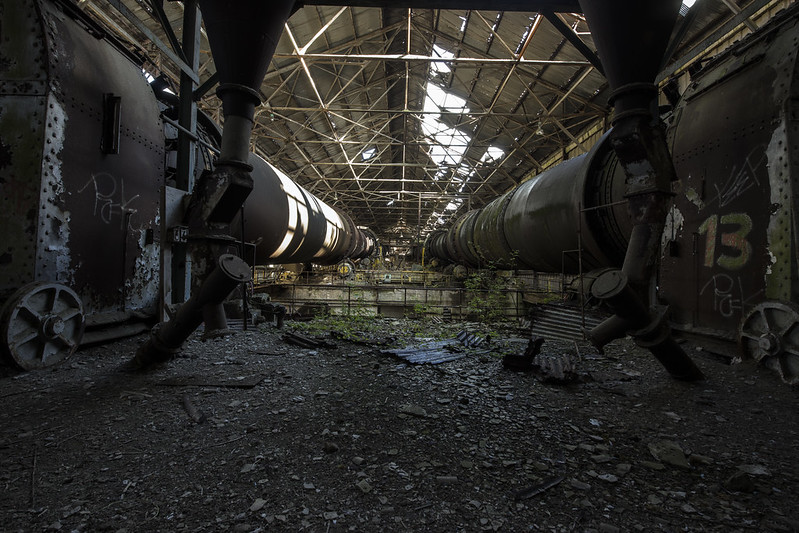 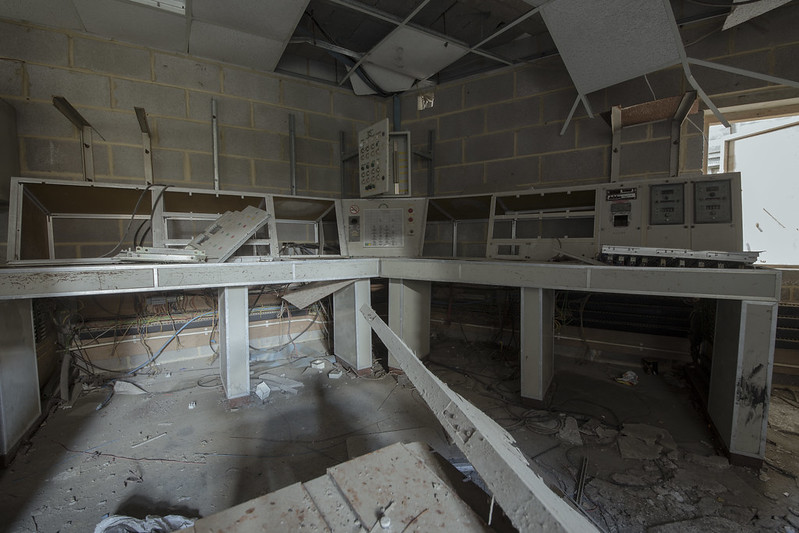 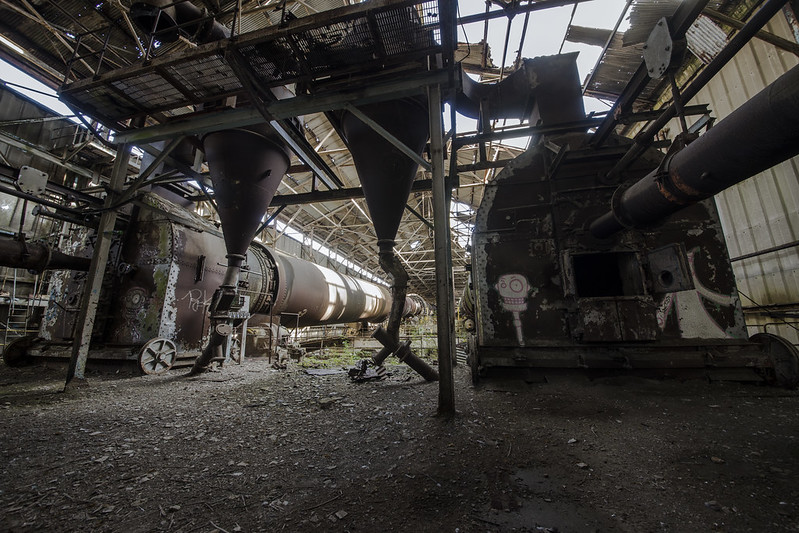 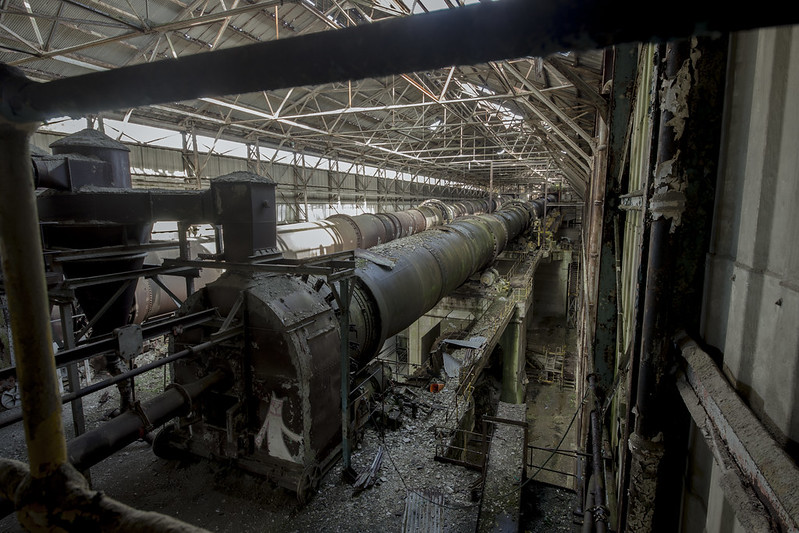 Another thing that I find interesting about places is seeing whose footsteps I'm following in, whose signatures and aliases are left behind. Well known veteran explorers, newer explorers and simply the curious, whoever. I made my way into the front part of the building, where people had left their names in the dust from as far back as 2003. Shoreham is just one of those places: always been around, well known but never truly a tourist trap. 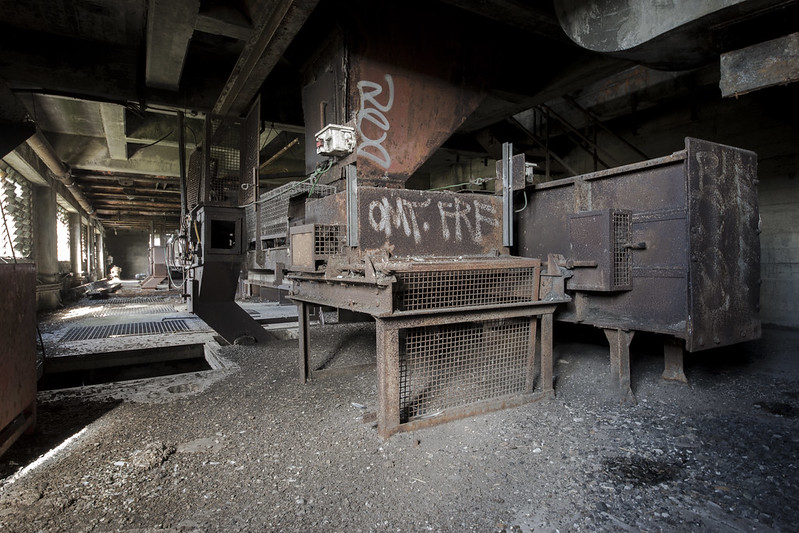 Nice to get a breath of fresh air eh? 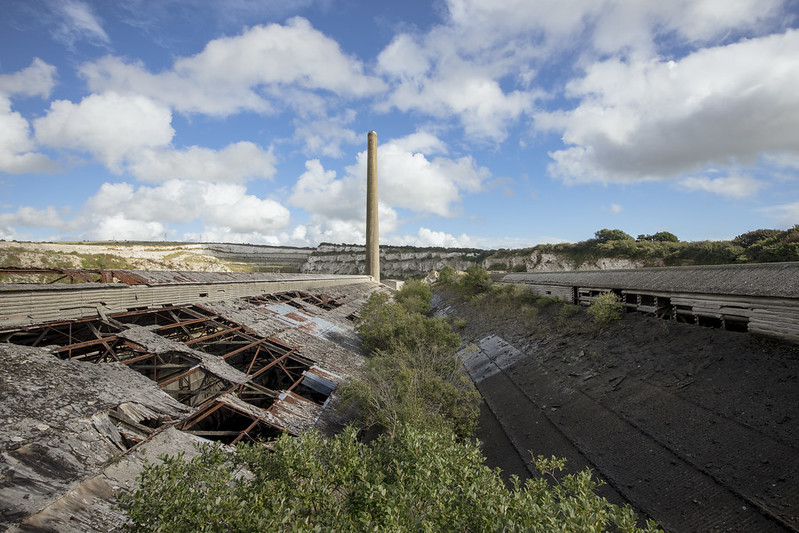 I did have a look at the part on the right that you see above, but this part had since been put back into use as storage for some of the lorries on site. Alone, but never too sure whether I was alone or not, I didn't hang around. I made my way back into the main building, ready to dash across to the generator room, only to see the staircases down to the ground floor severed from high up. Had I been with someone I would've made the mad dash next door from afar given how easy it was, but I was never truly sure whether I was alone or not so I left it. I'm useless alone, aren't I?

Nevertheless, it wasn't a wasted journey and hopefully this is something good to show for it. I'm glad I finally saw a pre-28 epic, something I should've seen a long time ago. But better late than never! 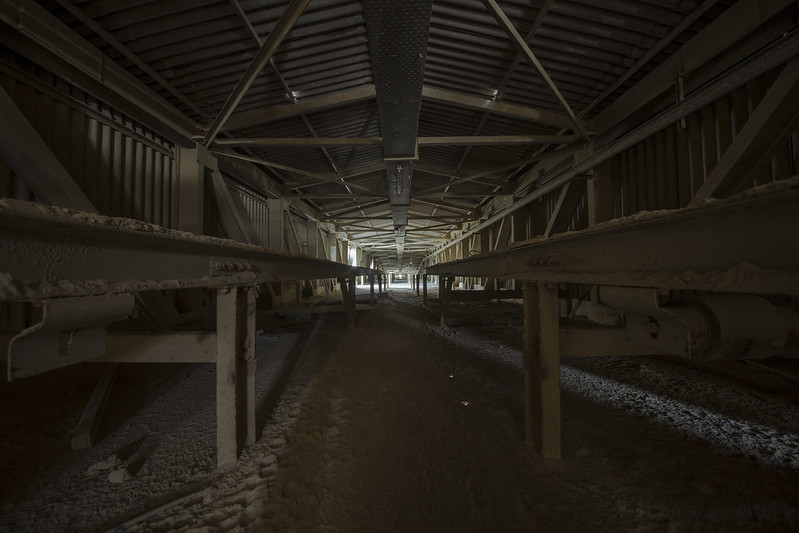 Thanks once again for looking. Sending the love,

Nice to see this one pop up again as it does every so often somebody decides to be brave and try it out. FYI, the smaller bit on the other side of the road is a lot easier!

mookster said:
Nice to see this one pop up again as it does every so often somebody decides to be brave and try it out. FYI, the smaller bit on the other side of the road is a lot easier!
Click to expand...

A derped out office building and a nondescript silo in the middle of a gypsy camp? No.

Thats a cracking write up, sounds like you had a fun filled day out. Nice photos to go with it too

Really nice pics here. Well worth the effort, this one.

One day I will pay homage to this! Great set mate

This is one of those places which has been there since before I even got into the hobby, and I can't believe it's still there!