St Philip’s Hospital is a former private hospital that served 100 patients in Santa Venera, Malta. The hospital opened its doors in 1995 but had to close in 2012 after running into financial difficulties and subsequently went up for sale. The government attempted to acquire the hospital in October 2012 but the deal fell through. In December 2021 nine youths were arrested on suspicion of arson after they were caught allegedly starting fires in the hospital. The fires were quickly put out but significant damage had already been caused. Today the site remains abandoned and in poor condition.

Despite a lot of vandalism there is still quite a bit of stuff to see in here. Lots of valuable equipment going to waste (as per usual), patient records lying around, and there used to be a lab full of human organs but the majority of these have now been removed. Probably for the best as the bits we saw were pretty disgusting! All in all a pretty grim place which is exactly what I was hoping for! Anyway, onto the photos... 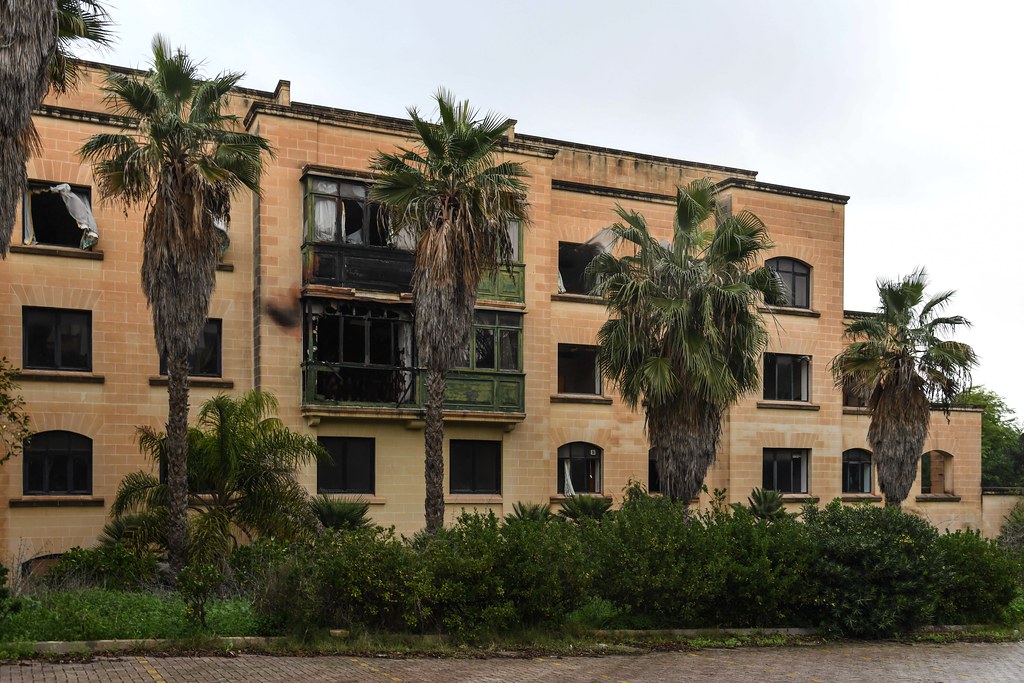 Some of the fire damage can be seen here from outside. I didn’t bother photographing the burnt out sections inside. 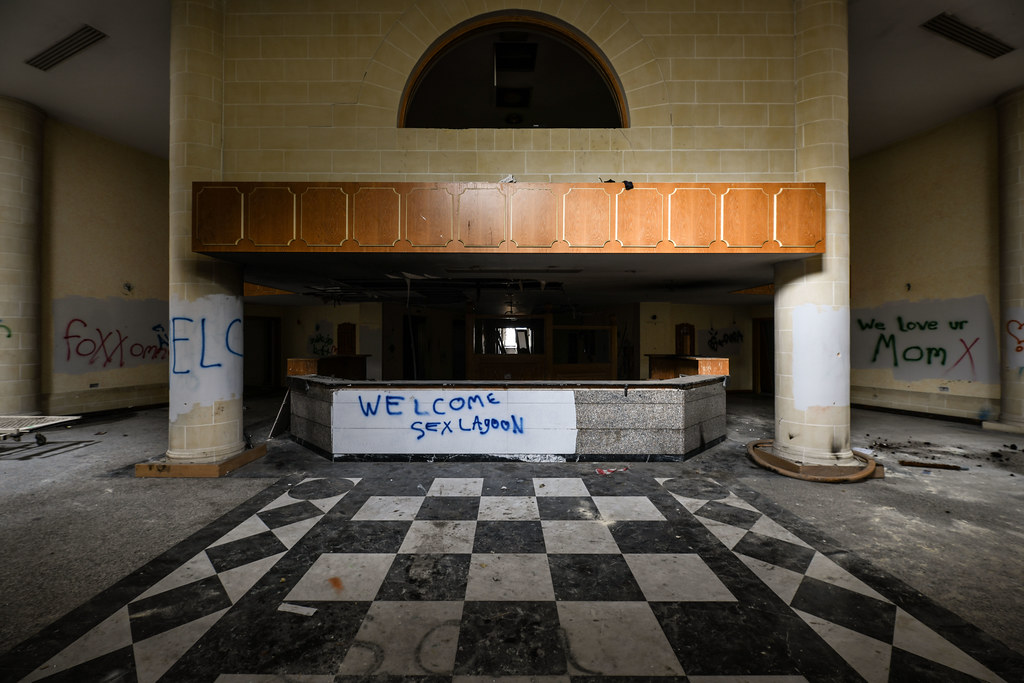 The main entrance and many other parts of the building are completely trashed and covered in childish scribbles. I'll let you imagine what that looked like and concentrate on the more interesting stuff with the rest of my photos. 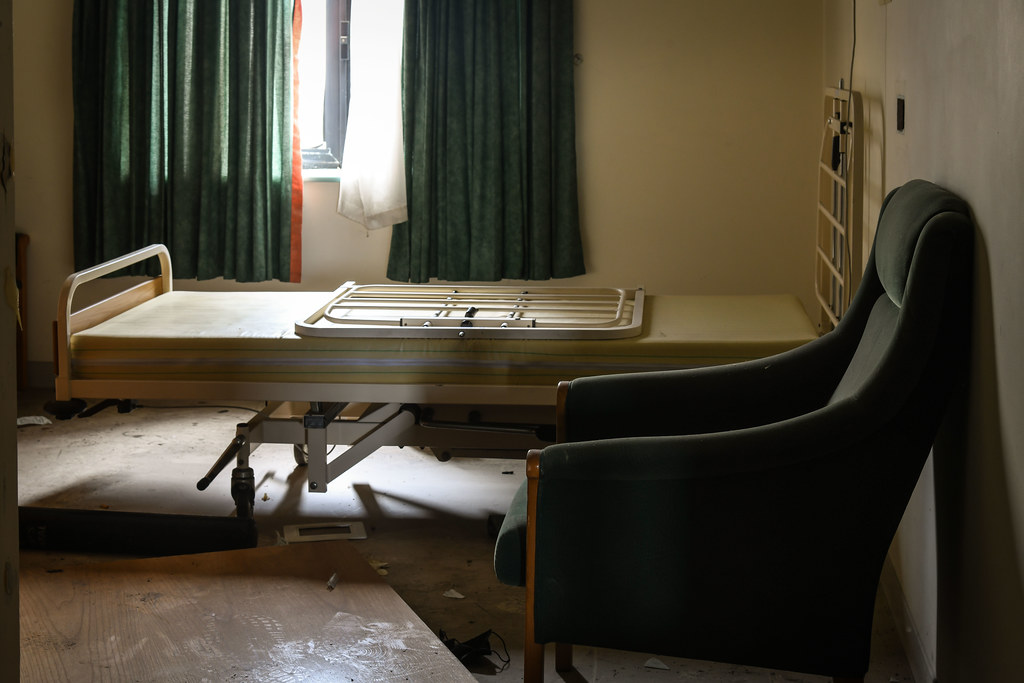 There are 4 or 5 floors in total and the upper floors are mostly all private patient rooms like these. 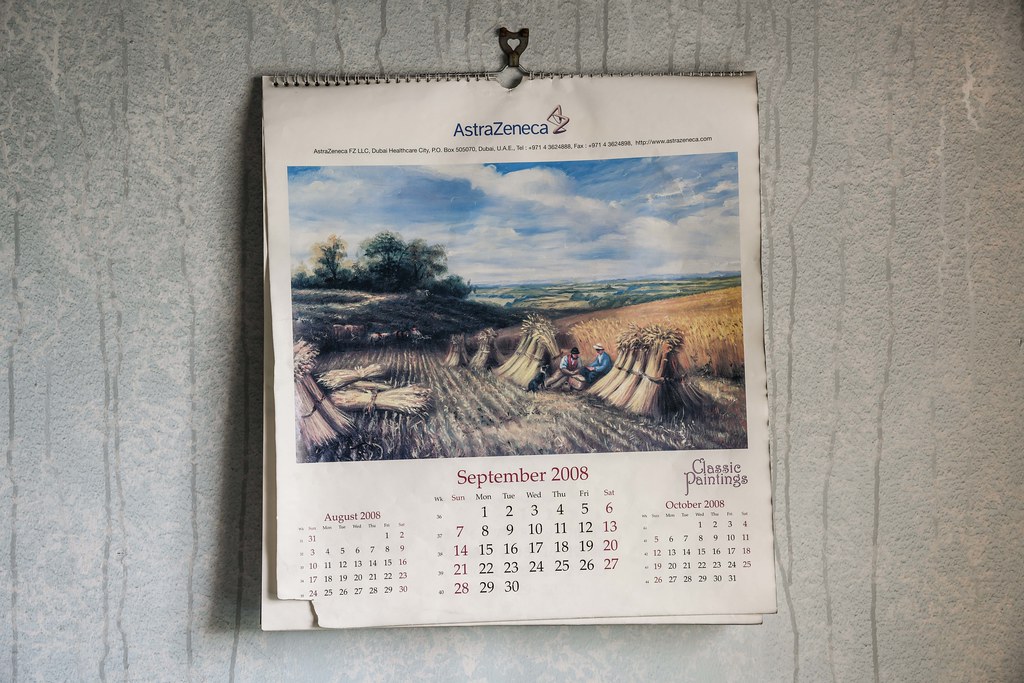 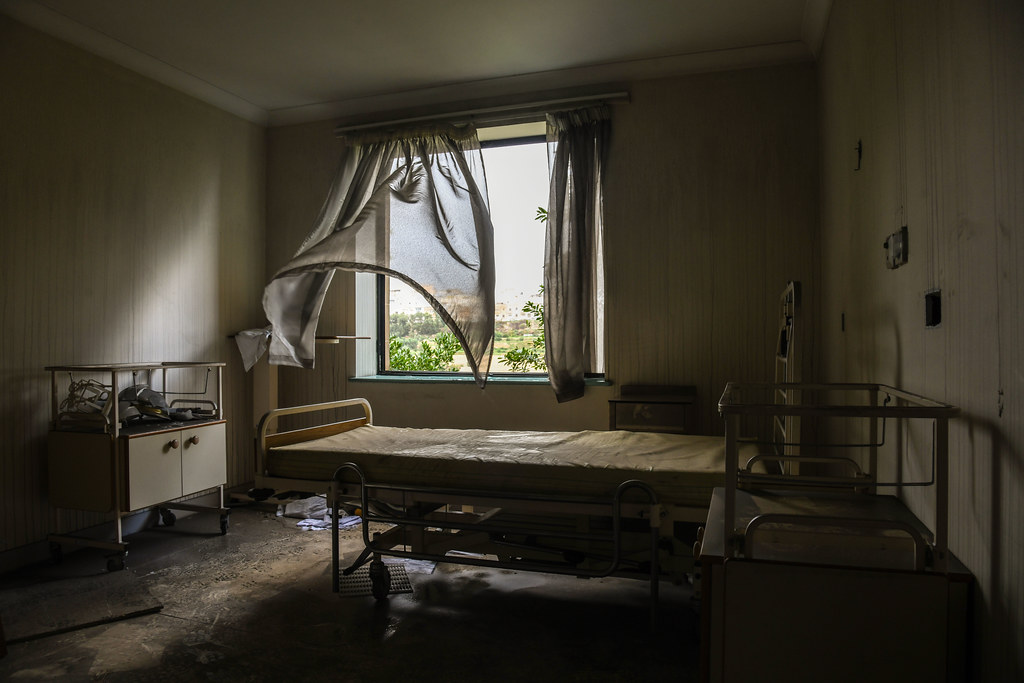 The wind was constantly blowing through the building causing strange noises which added some suspense to our visit. 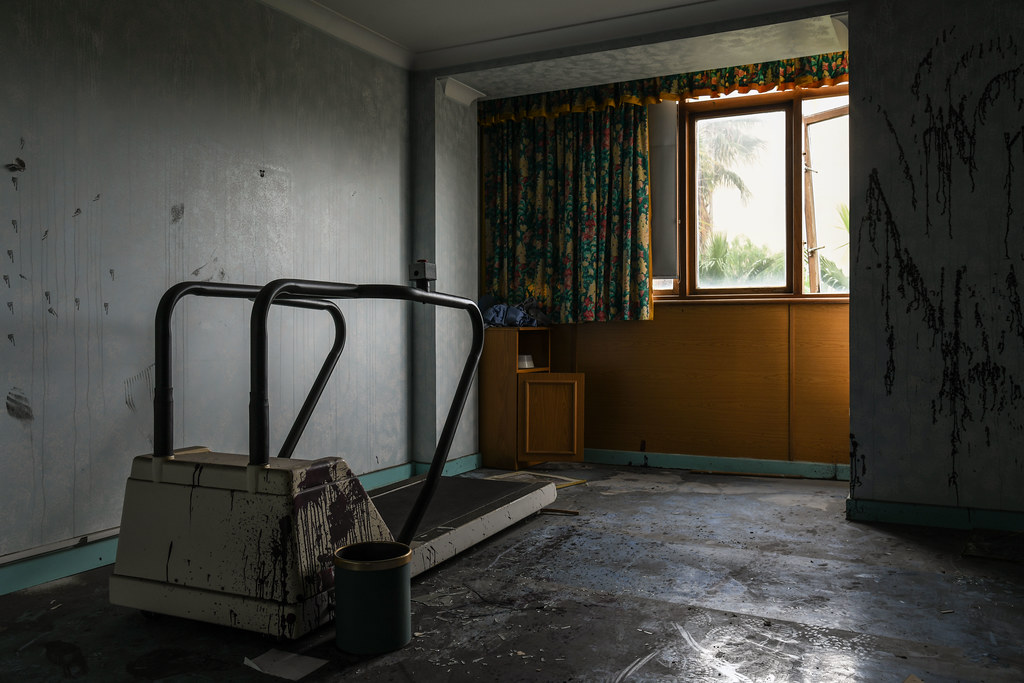 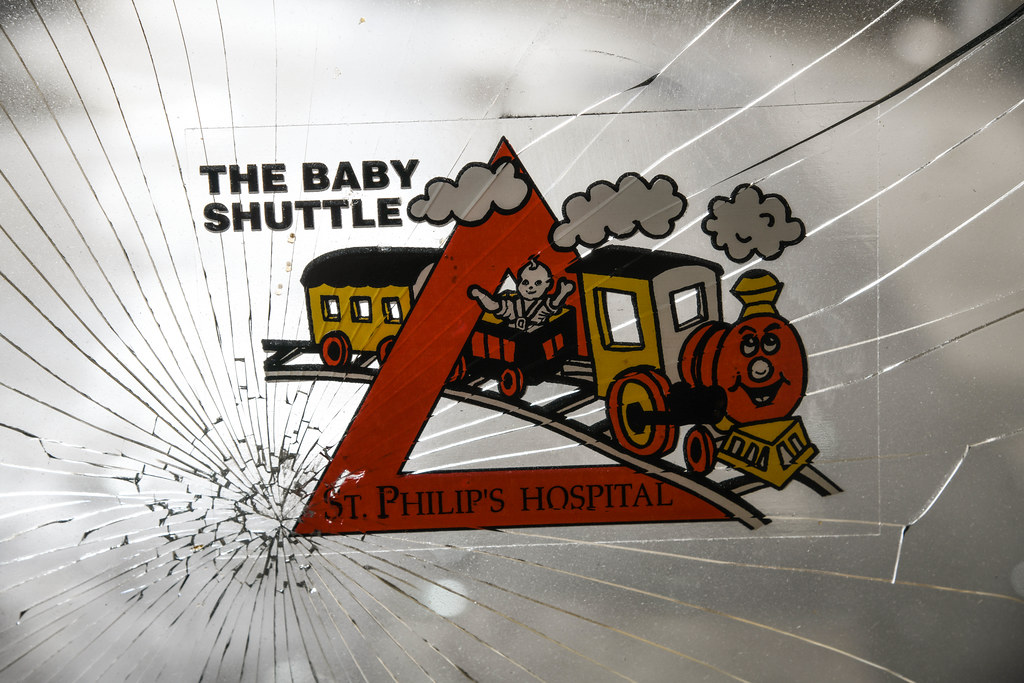 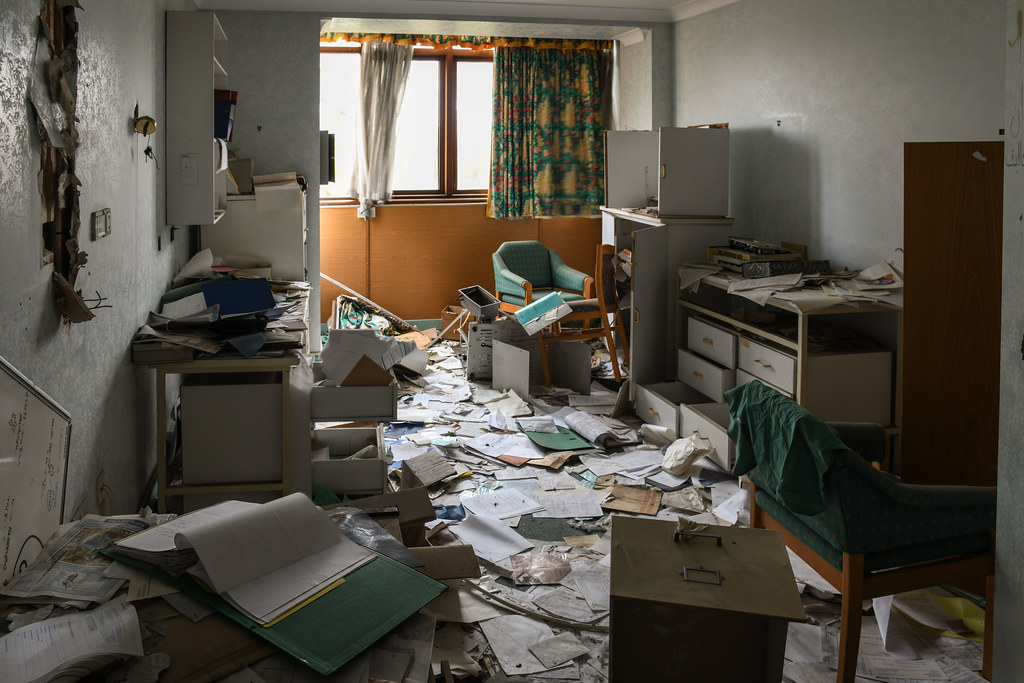 Of all the things to leave behind it always amazes me how little care is taken of confidential patient records when hospitals close. 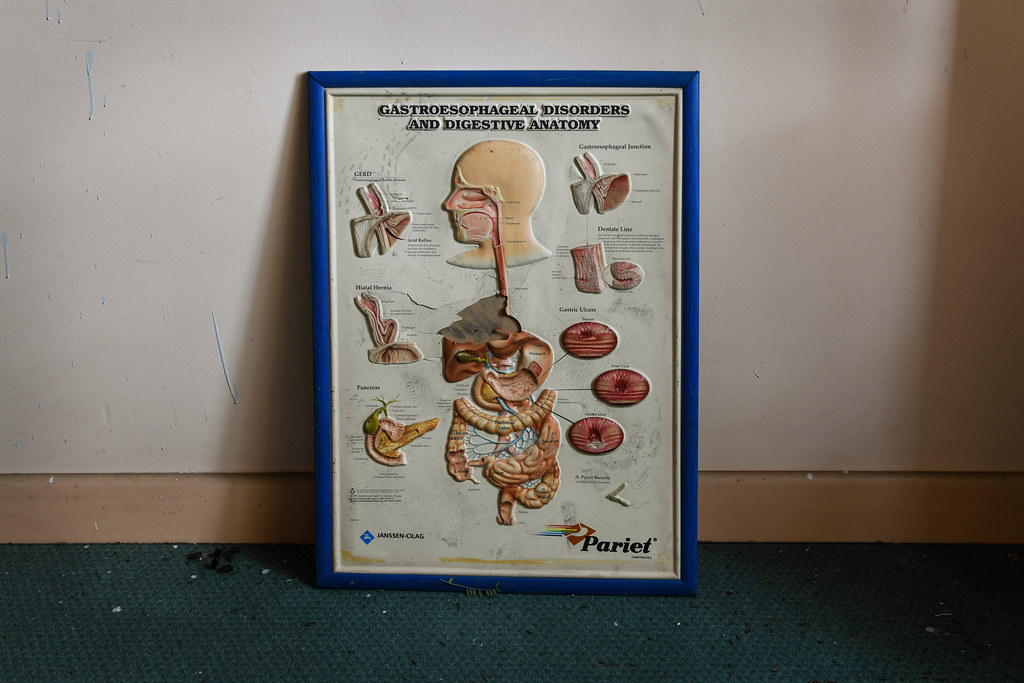 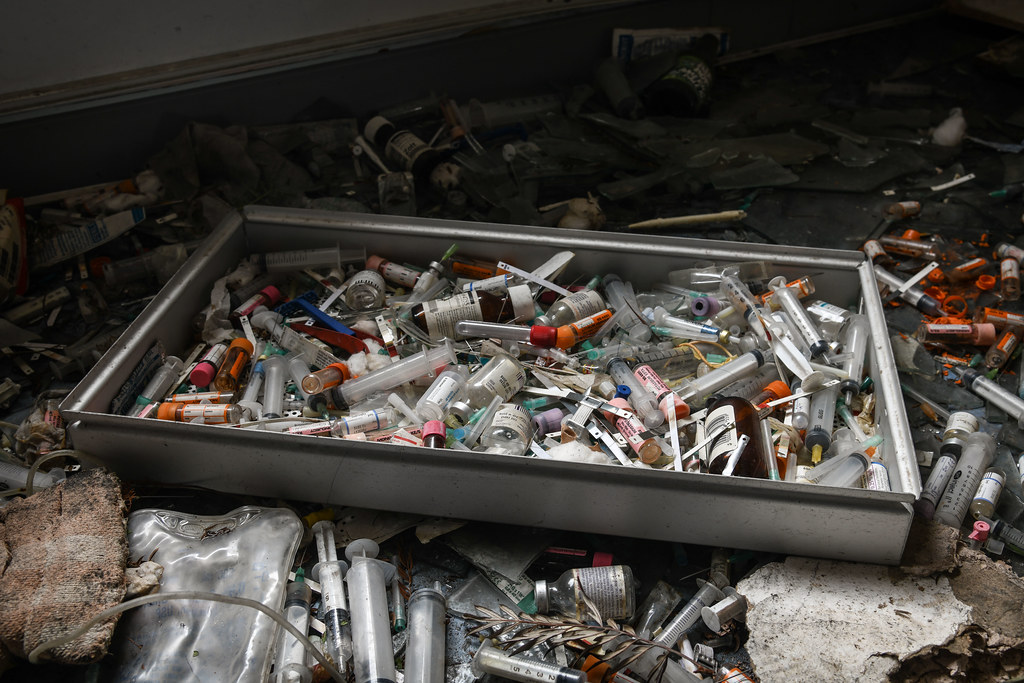 Definitely worth wearing sensible footwear in here, not to mention the flooded areas downstairs. 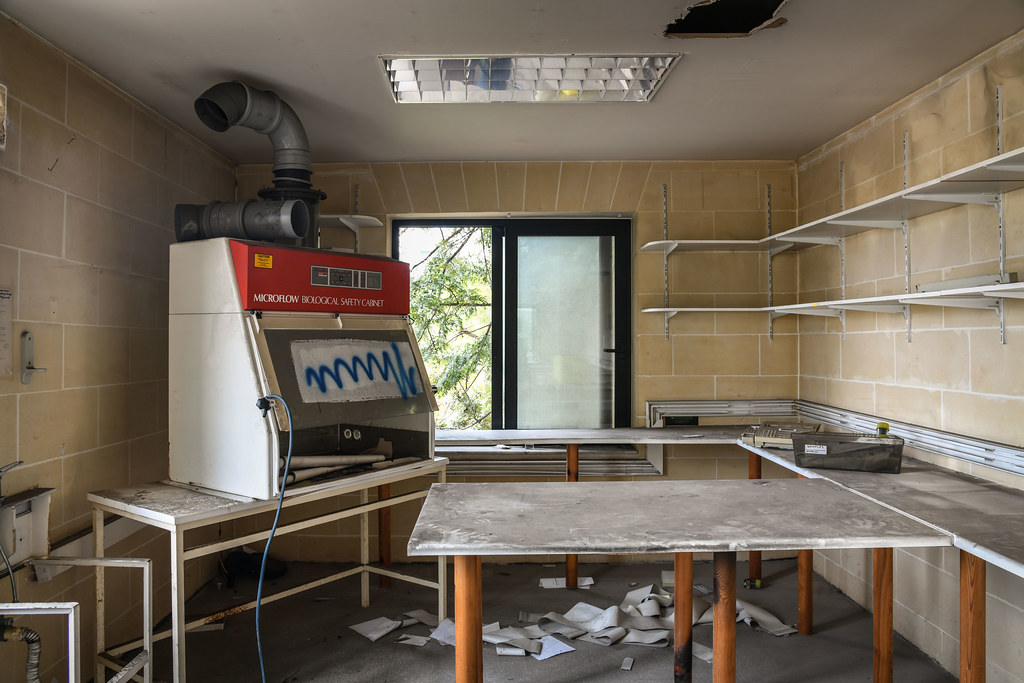 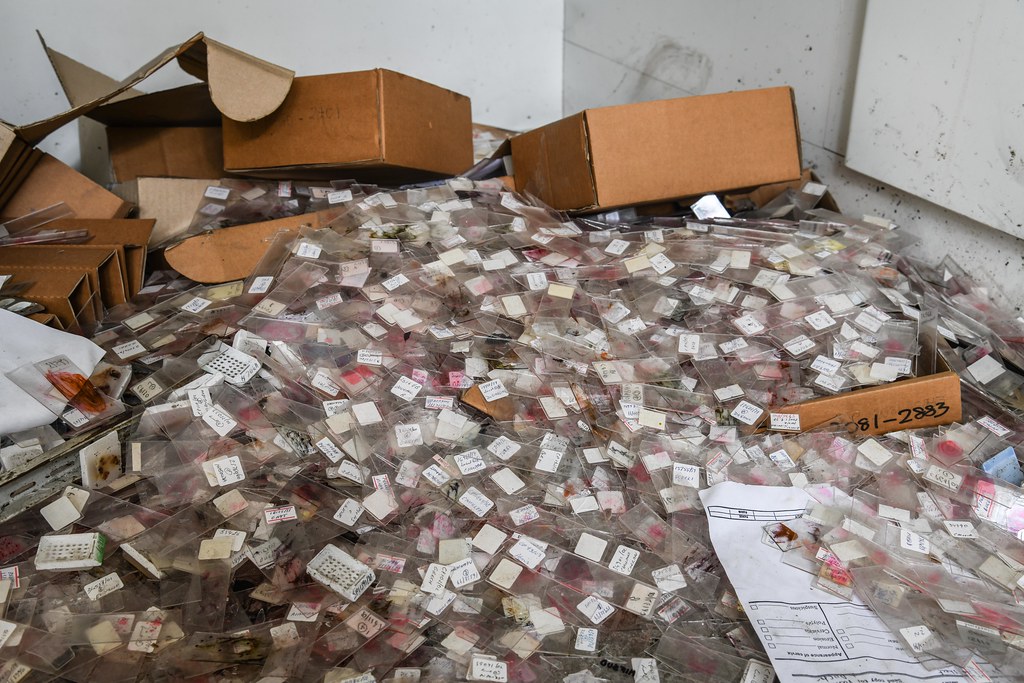 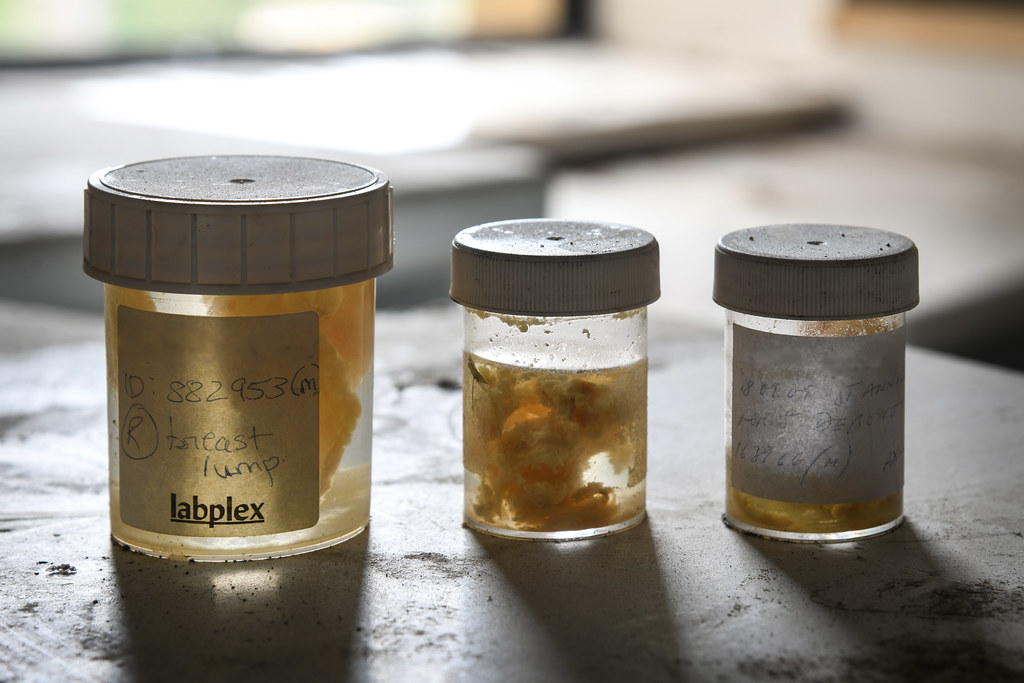 Breast lumps and other grim stuff in jars. I’ve removed the patient names to protect identities. Crazy to find stuff like this lying around. 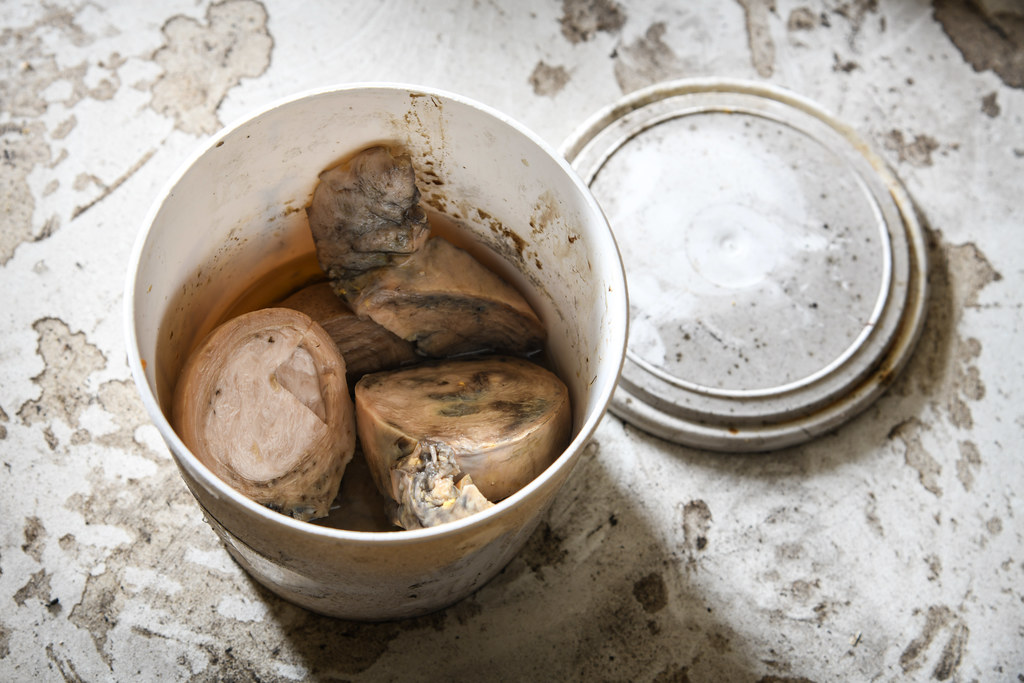 This was the grimmest thing we came across. Yuck. Let me know in the comments if you know what they are please. 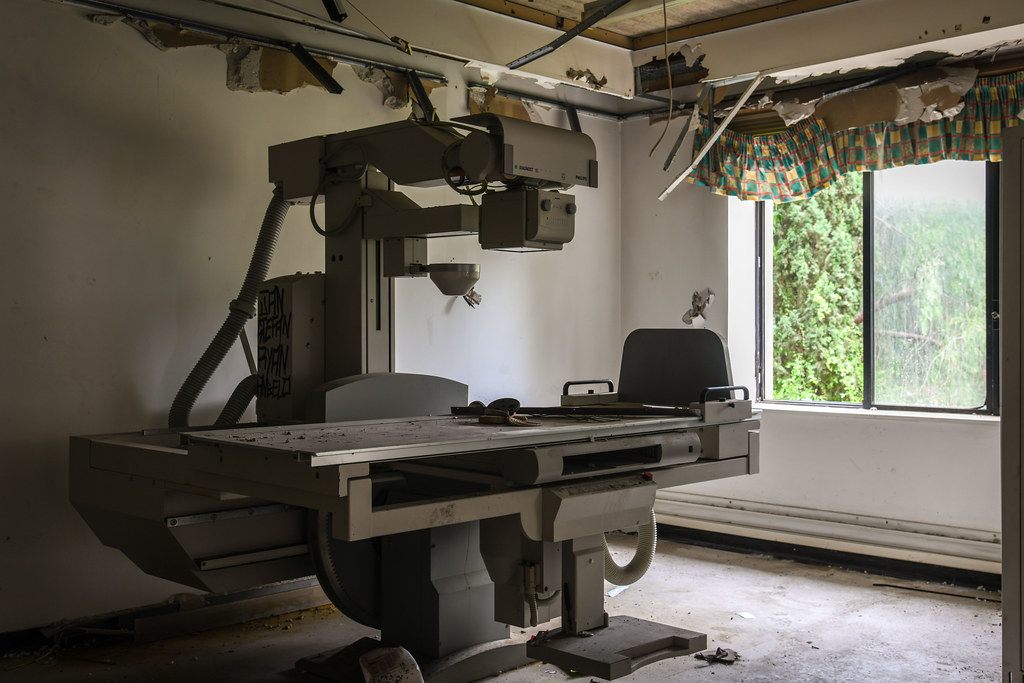 X-Ray machine. Apart from this one most of the scanners were on the lower floor which was in pitch darkness. 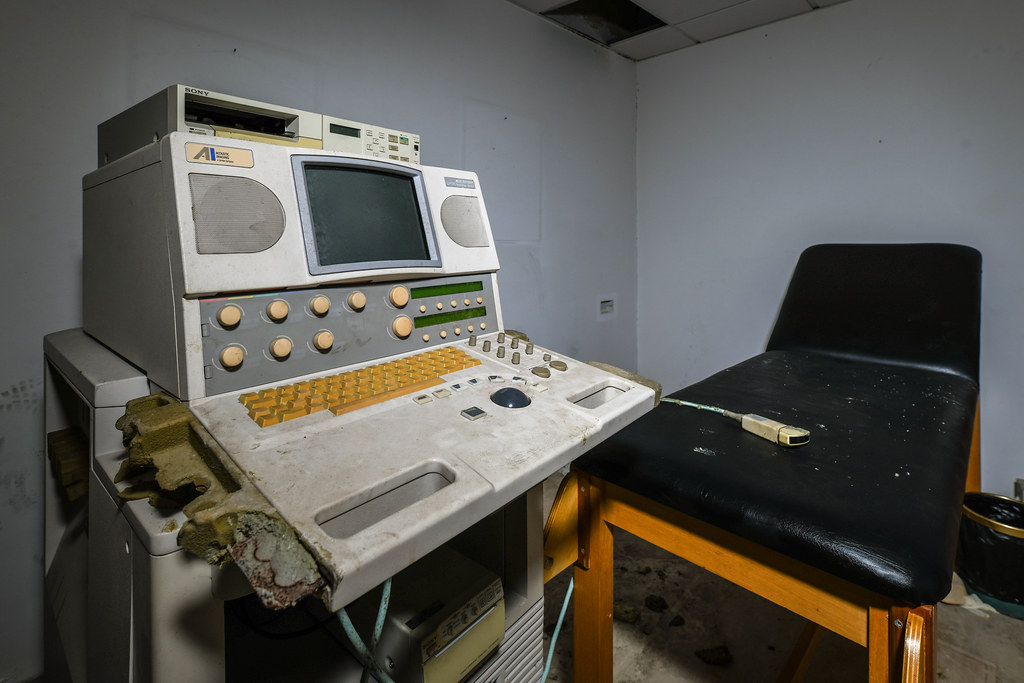 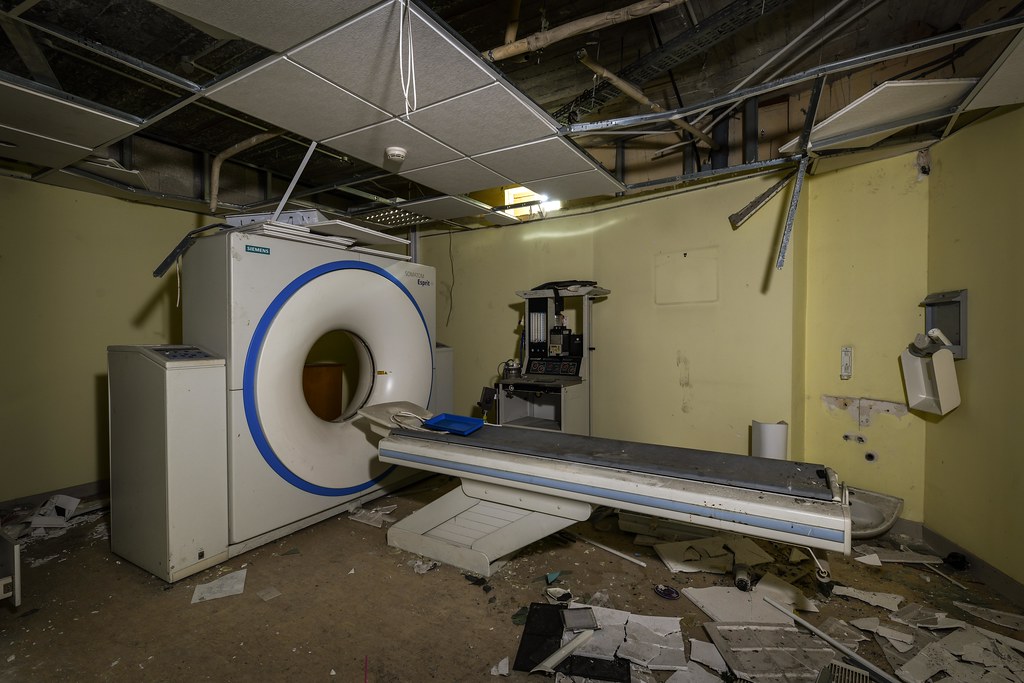 CT Scanner. I found an article online from 2000 suggesting the estimated cost of one of these models was $200,000 back then. 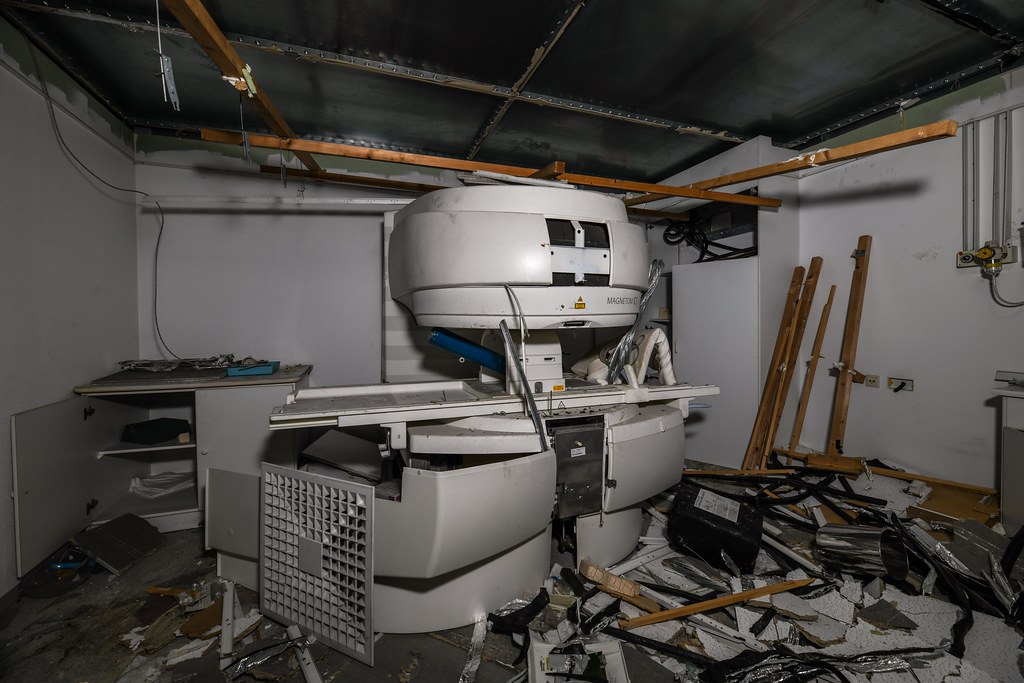 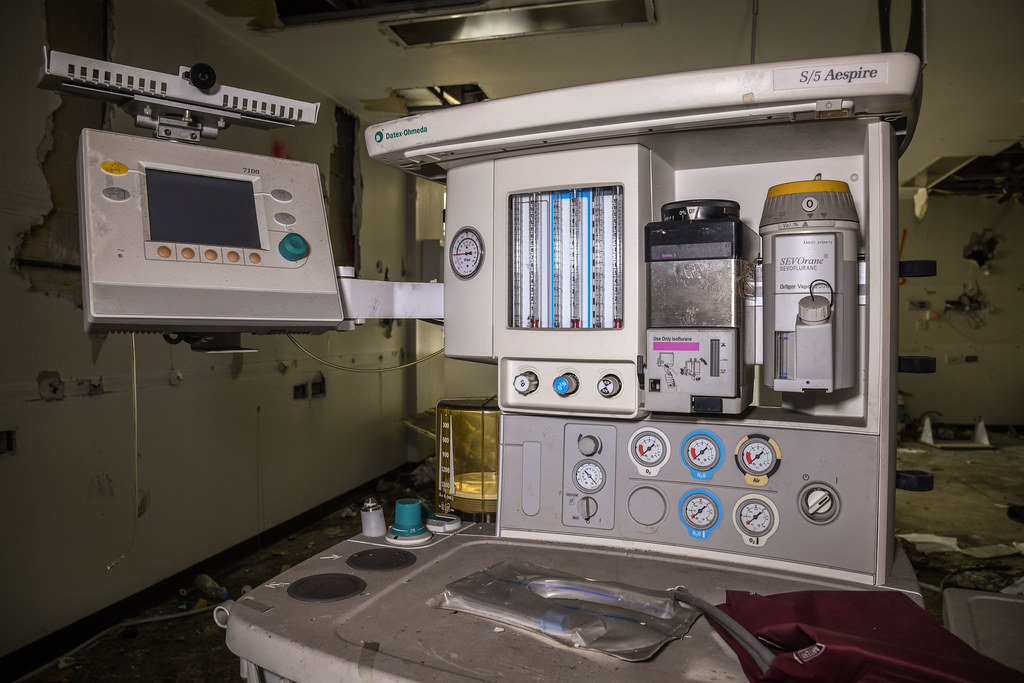 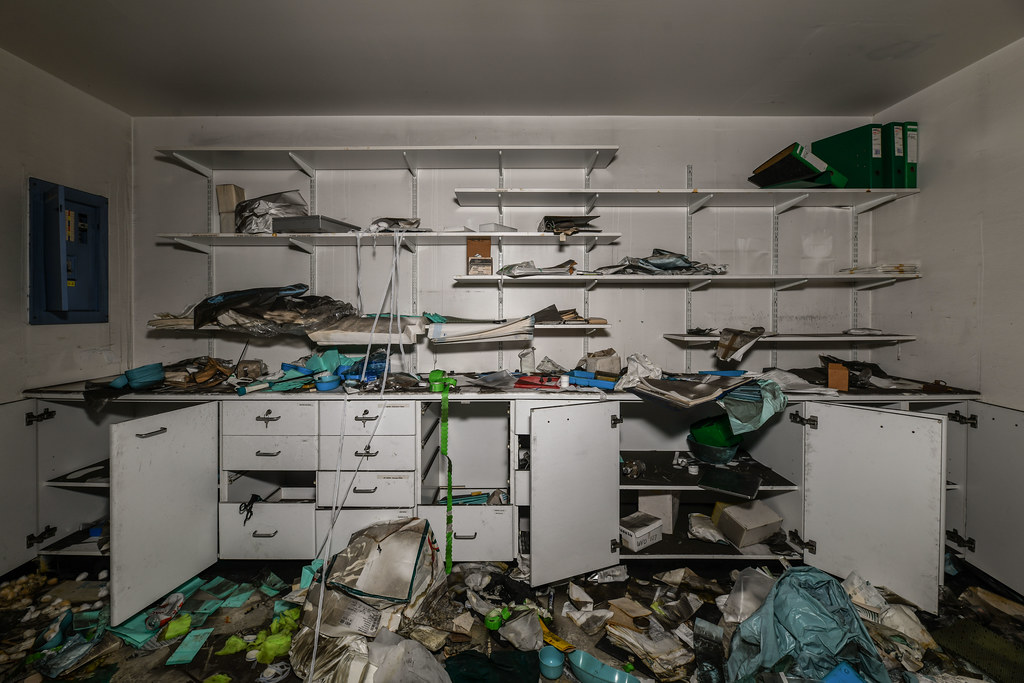 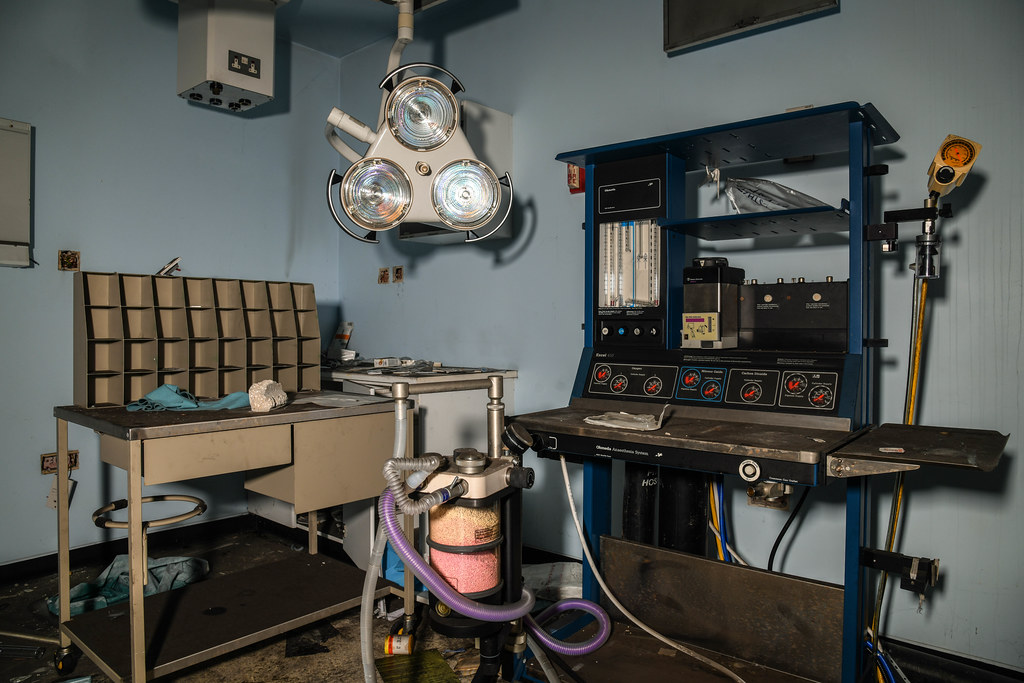 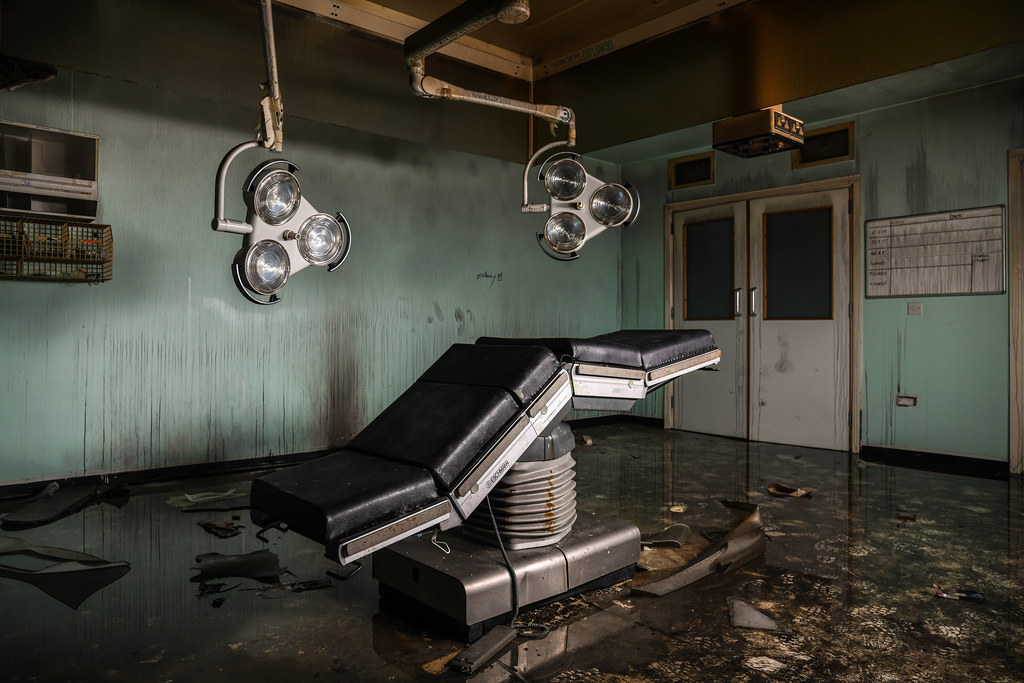 Partially flooded operating theatre. There were two of these but the other one was completely trashed so this was much more photogenic.

That's all for now. Cheers for looking