'Hey do you fancy going somewhere completely different for a change?' was the question that was posed to me in August by one of my contacts as I was planning various parts of my America trip out.

What eventually unfolded was our absolutely mental no-sleep weekender which involved three flights in two days, a bus ride with an ex-prostitute, falling asleep in bars, an LGBT parade and a very nearly lost bag containing all my everything I needed to live, and three epic locations. The Power Plant (report up separately) was the first port of call, and two buses, a train, two planes and a taxi later - involving a very nail-biting half hour gap to reach our connection in Atlanta which is the biggest airport in the entire observable universe - we arrived outside the best hospital I have ever explored.

This former military hospital buried deep in the United States shut it's doors in 1979 and although largely stripped, owing to it's location, good security (some serious fencing going on here!) and the open museum next door which occupies one of the old buildings has remained almost totally undamaged and unbreached since closure. I feel privileged to have seen somewhere even most American explorers don't know exists. 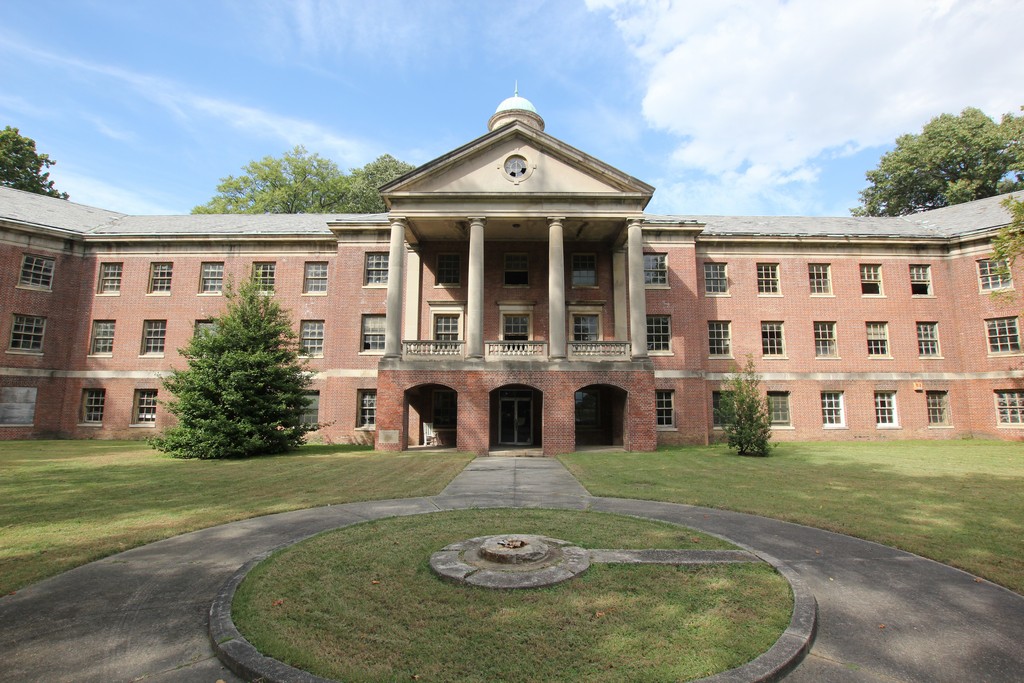 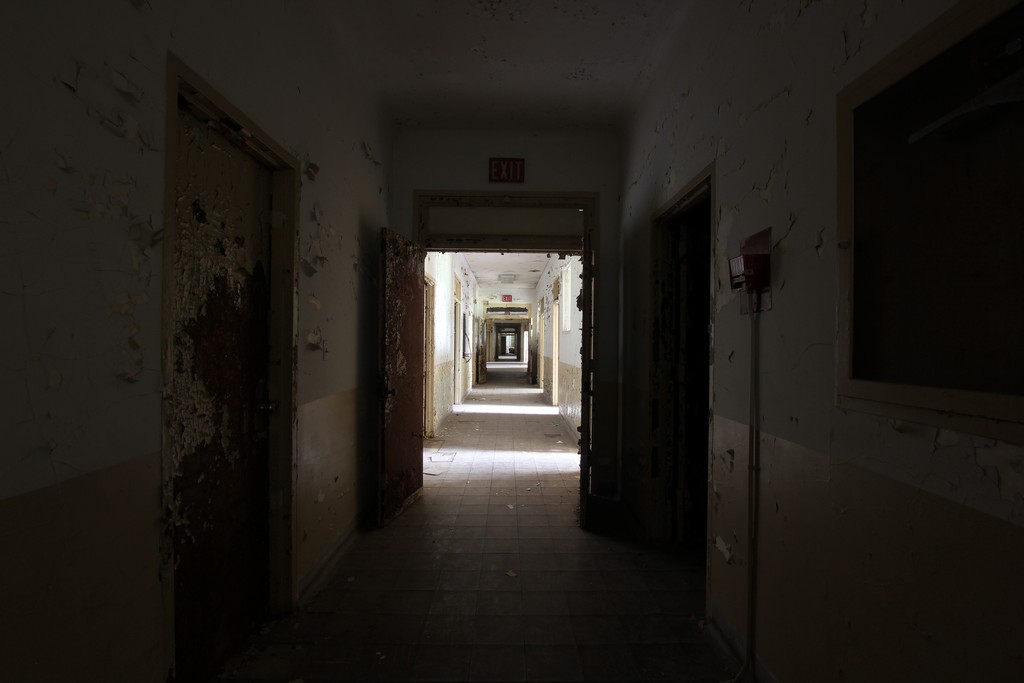 This place is all about the incredible decay.... 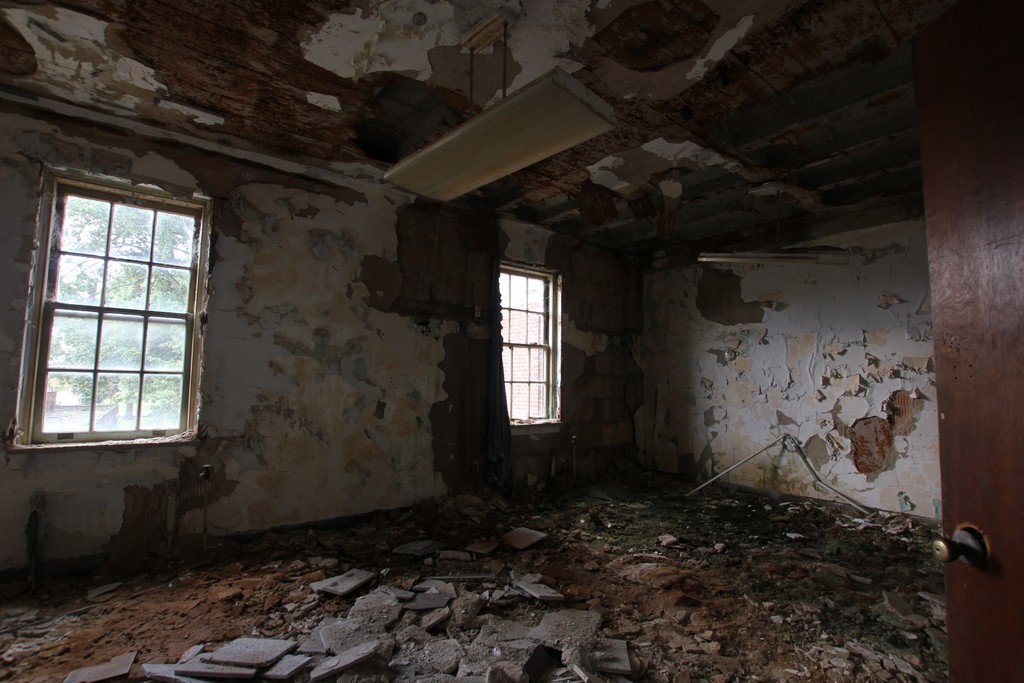 ....and the never ending corridors 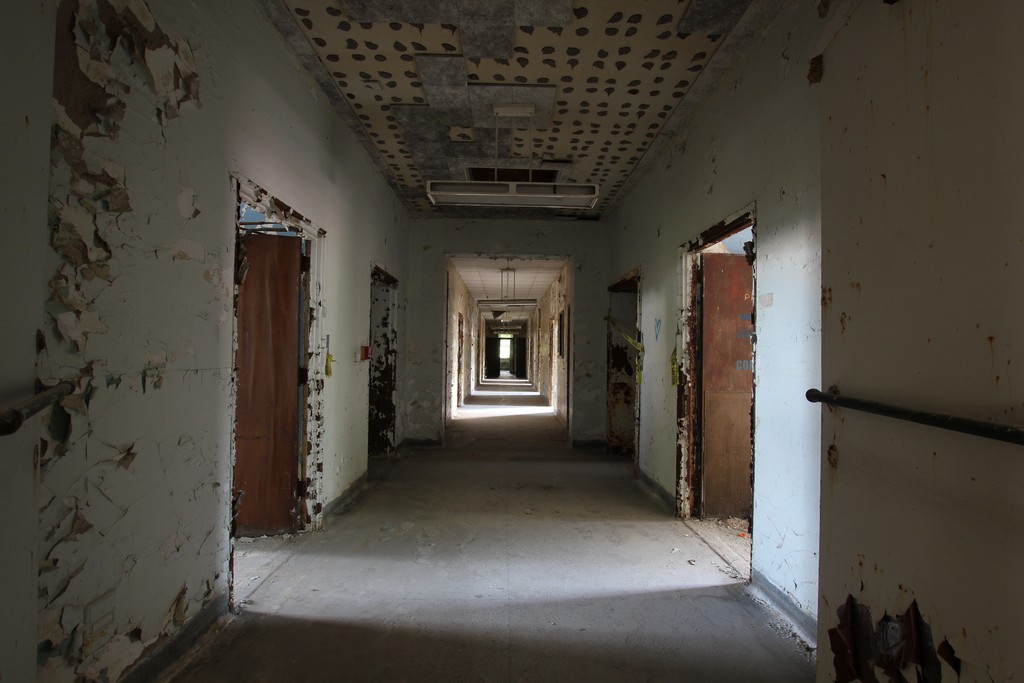 Most of the doors have hand-painted signs on them, the numbers and some of the lettering in gold and outlined. 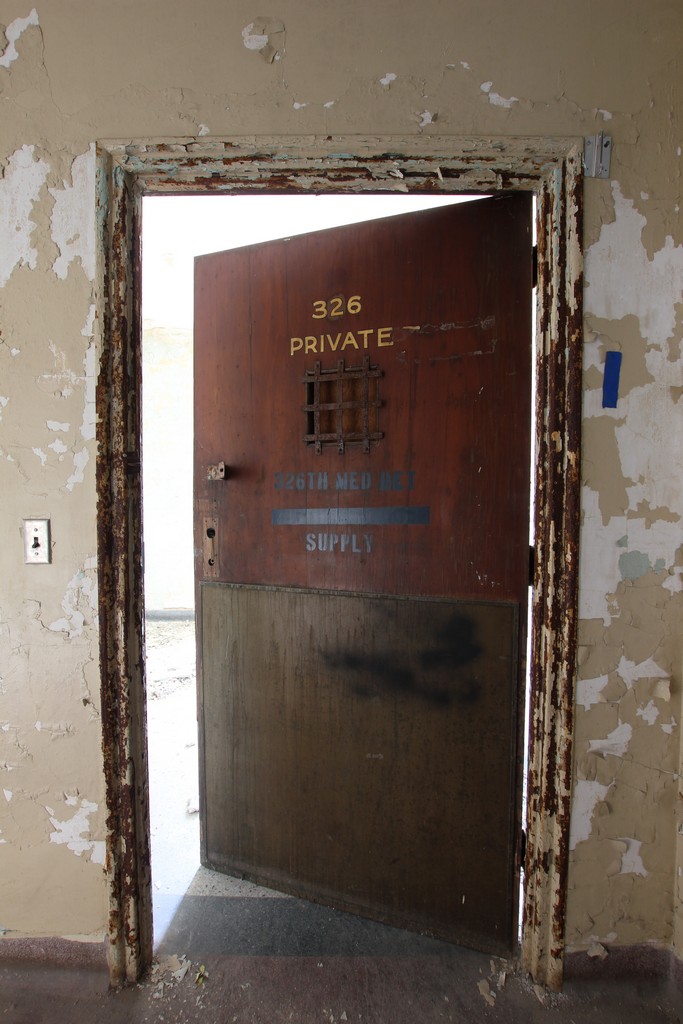 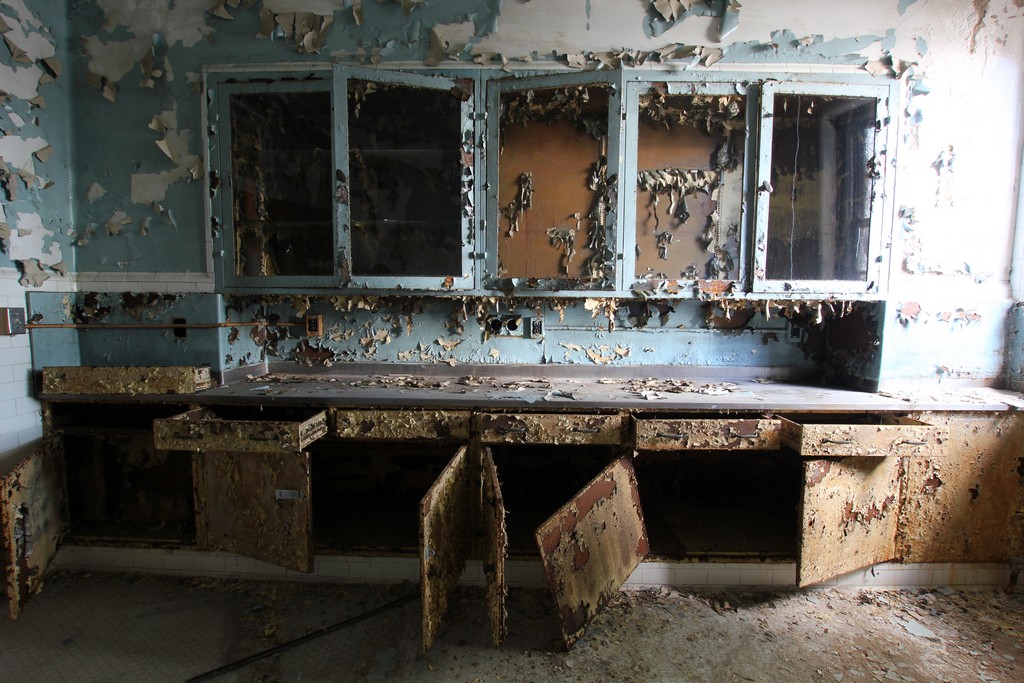 The main big wards were situated on each floor at each end of the 'T' shaped main building. 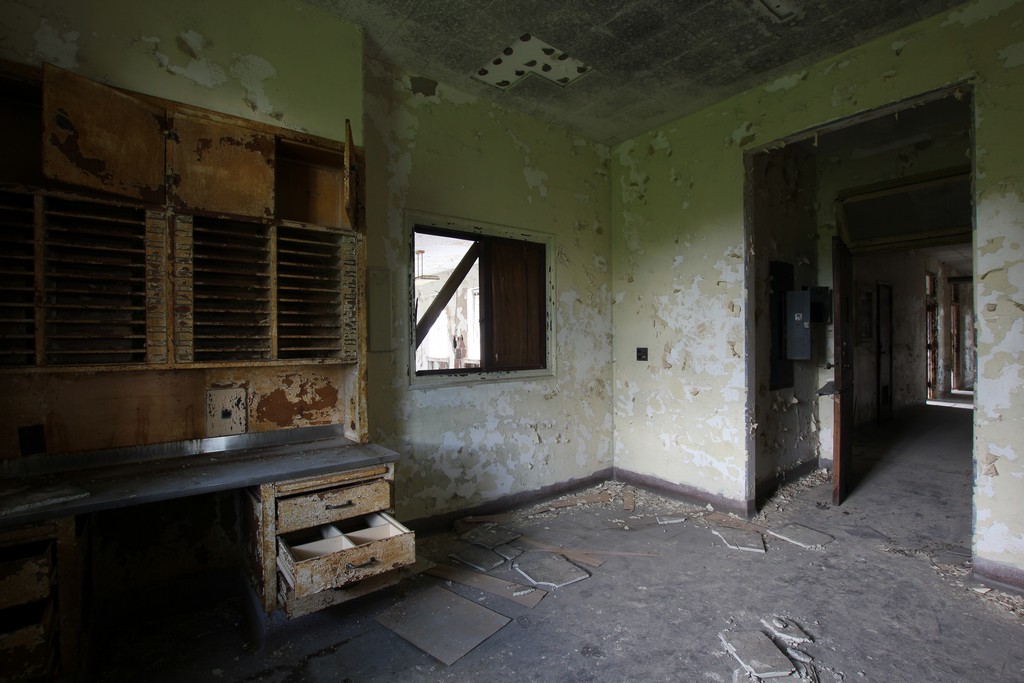 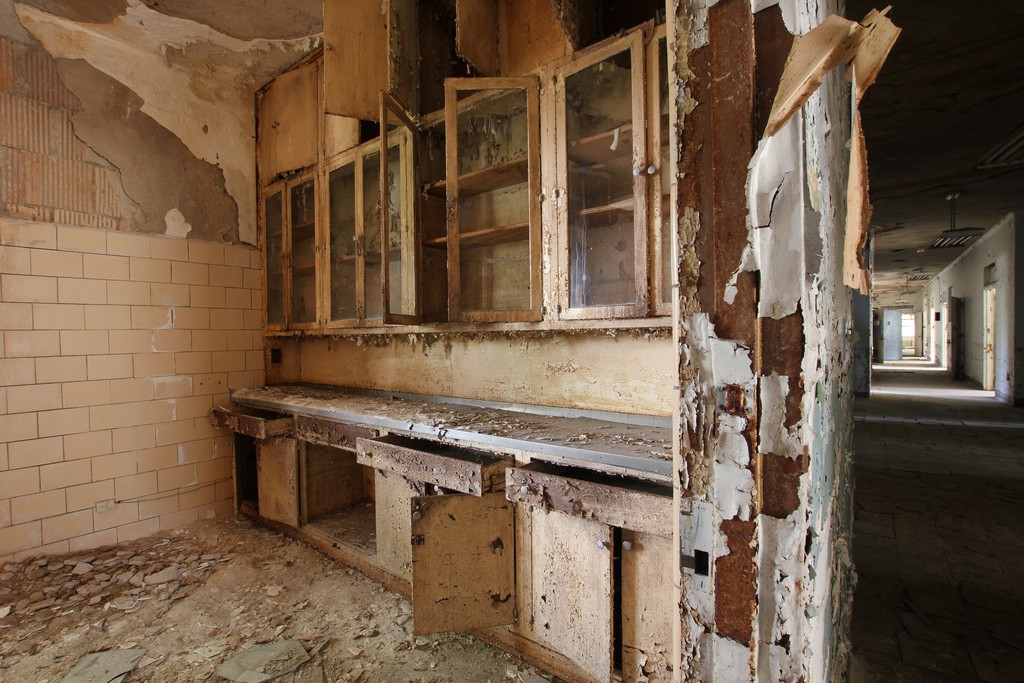 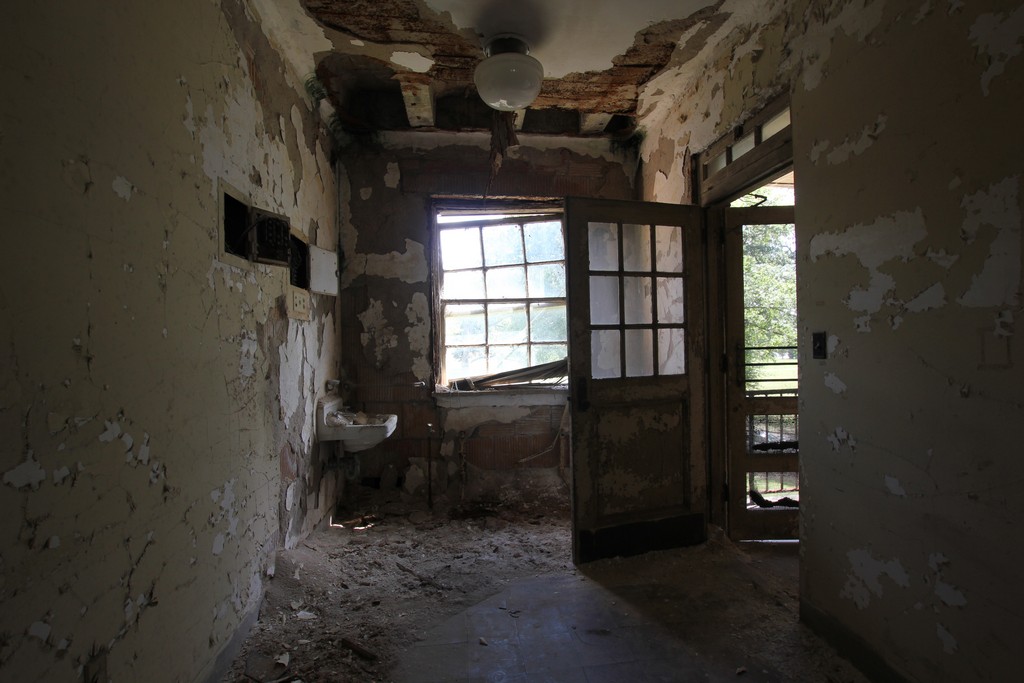 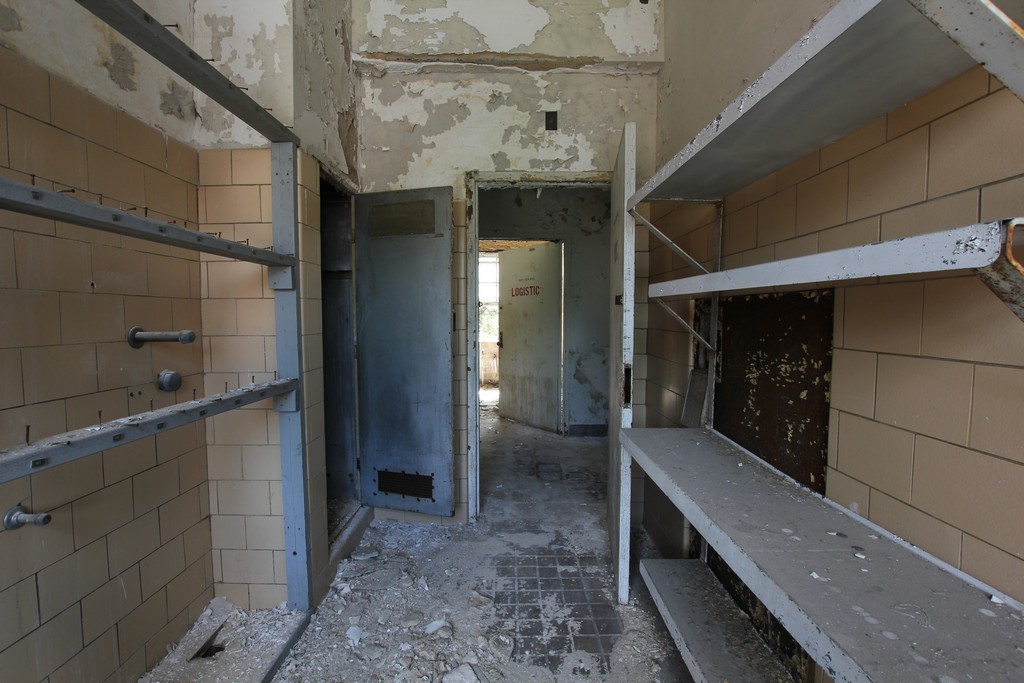 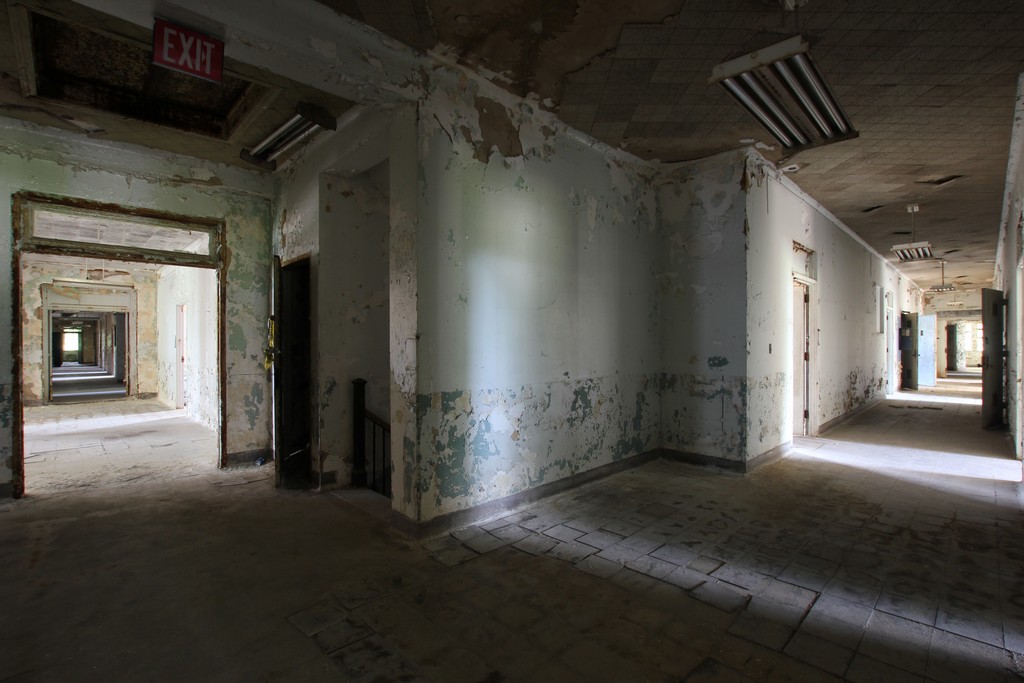 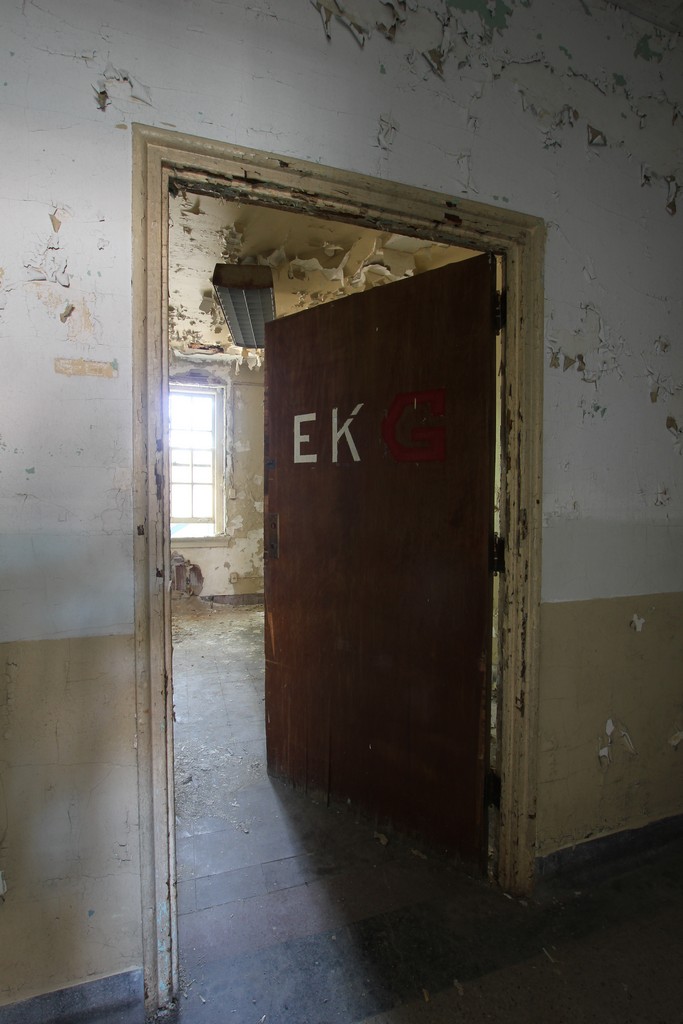 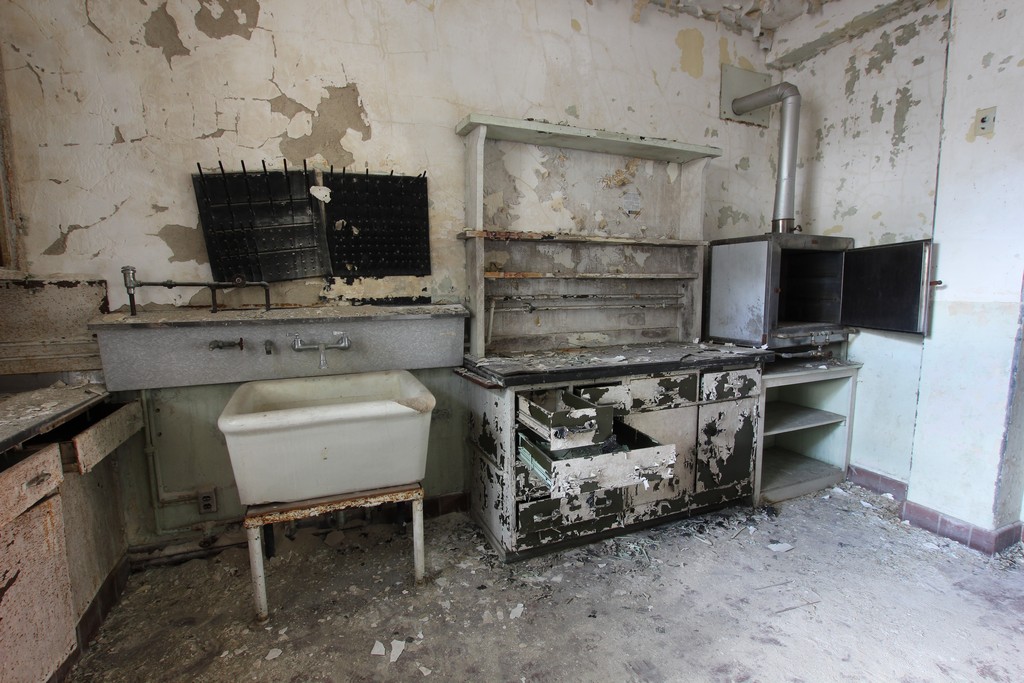 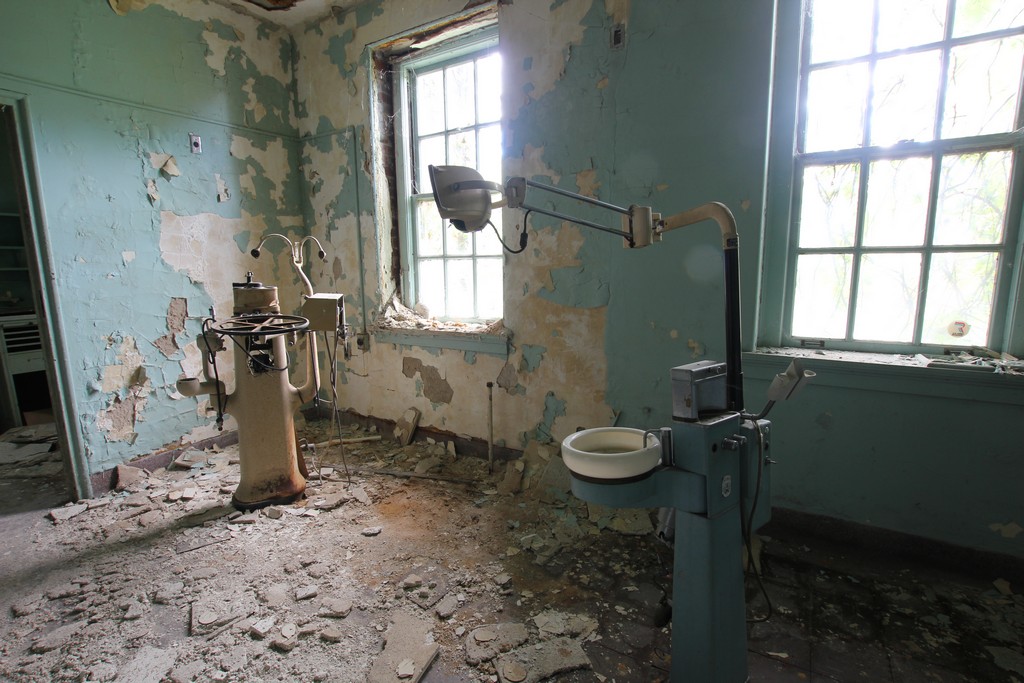 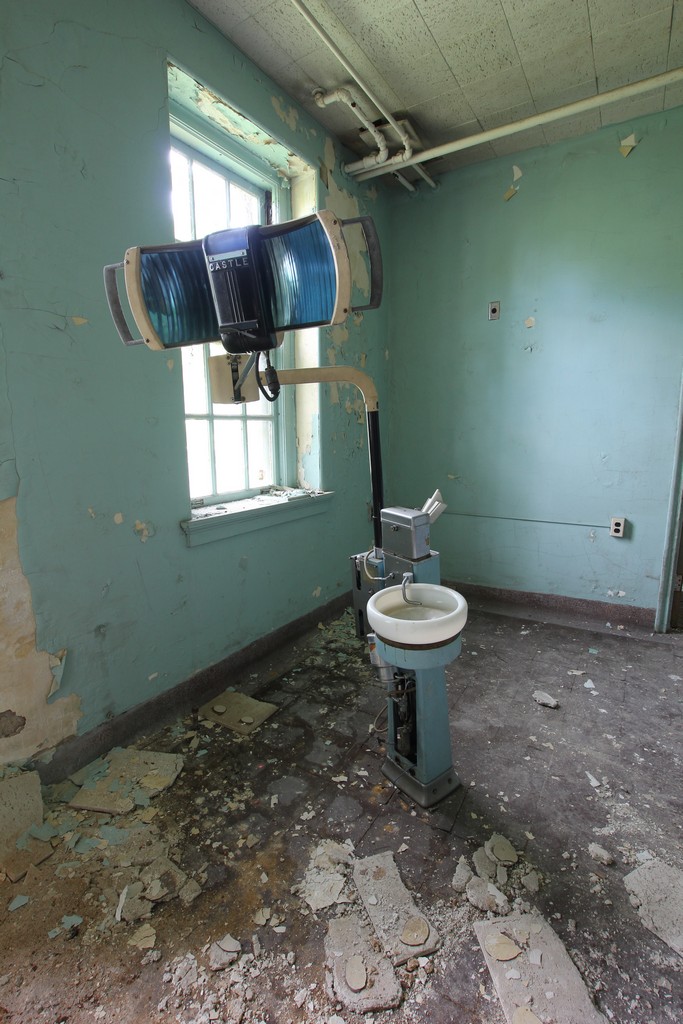 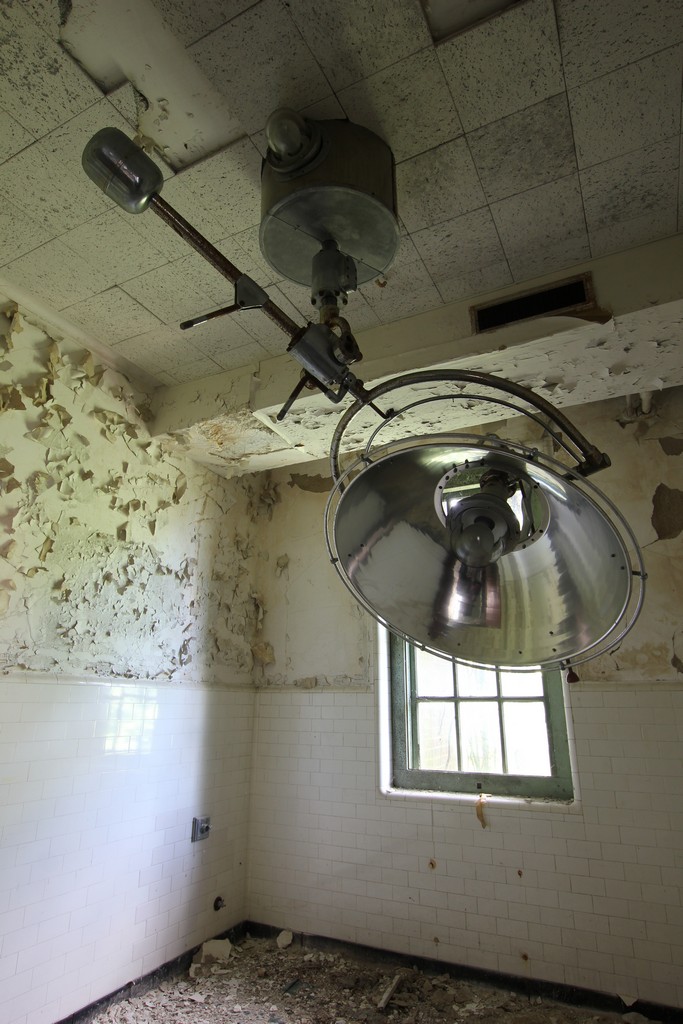 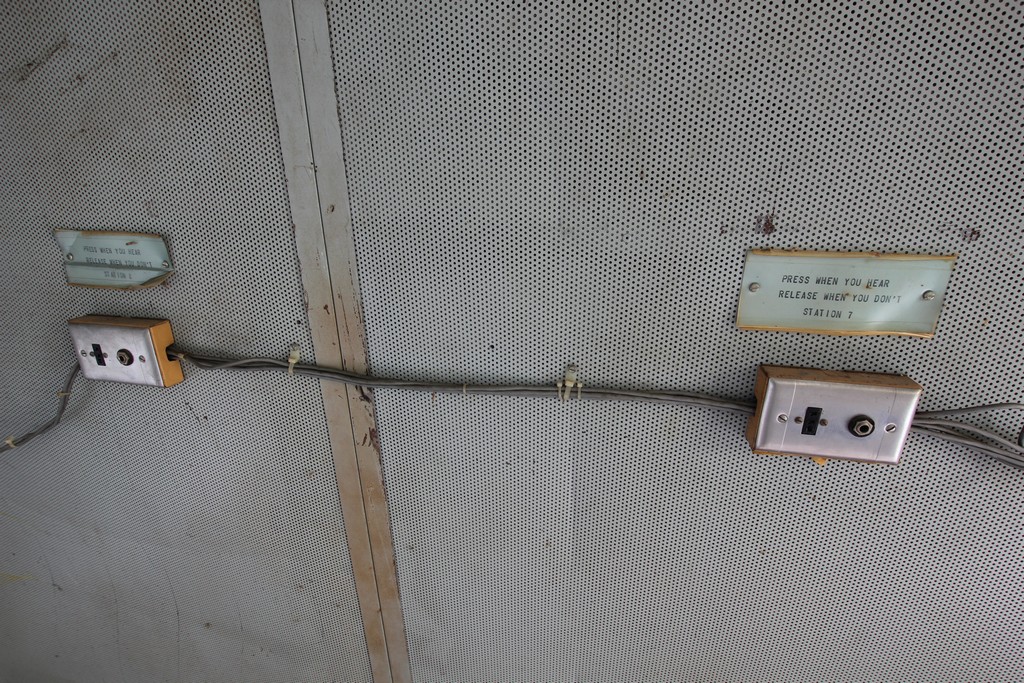 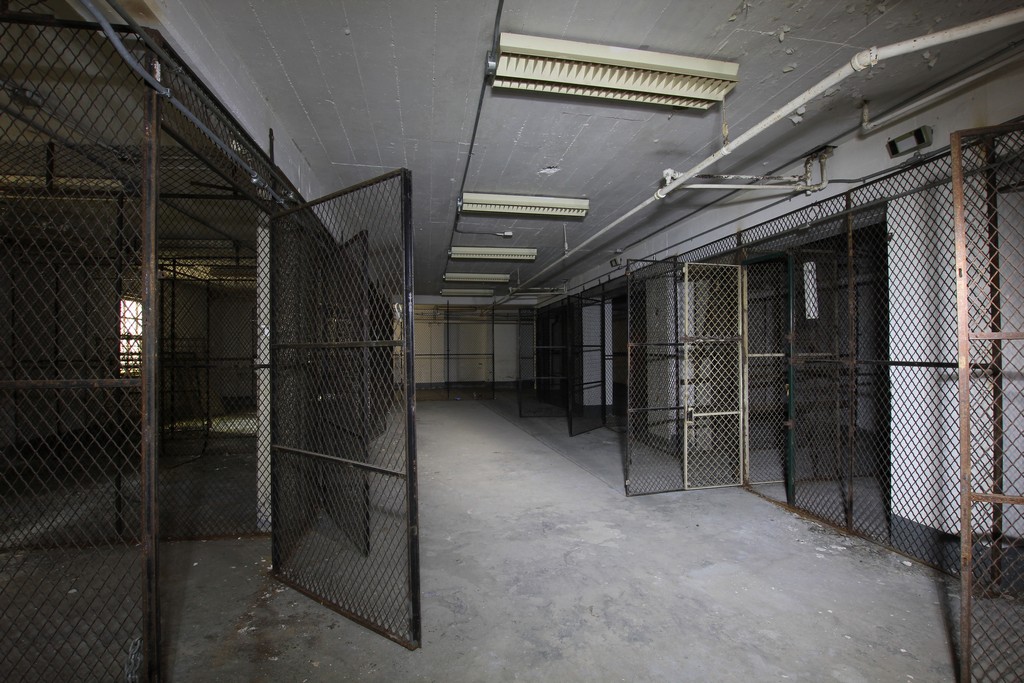 Oh yeah in the basement it also has a morgue with slab complete with head restraint, which was still able to be adjusted via the little wheel on the side.

Thats another Mooks I really like the look of.

Great to see and thanks for sharing

This looks particularly awesome man, loving the underground morgue with head restraint and the decay throughout the building is epic

Wow I love these!

Great. I love the peeling at pic 7!