Quite extraordinary from the outside, this villa is hidden in the hills of central Italy. The whole property consists of a huge garden, swimming pool, some sheds for dogs and probably a garage, the most eye catching is the main yellow castle-ish looking house. It used to belong to a man who was made a knight by Italian king. The owner actually had a strange interest in anatomy, pathology, science and medicine and some of his "patients" and guests used to stay in this extravagant house. It's hard to say when it was abandoned. Most of the rooms are still fully furnished and there still hasn't been to much vandalism, yet some objects got already stolen. Beds are still perfectly made, there are many personal items like clothing, hairbrush or hand-written notebook with recipes. Compared to the nicely kept ground floor, the upper parts of the villa are pretty unsafe and rooms are mostly furnished in a very simple way. I rather didn't dare to enter one of the bedrooms as the floor felt like it was collapsing. In another room the ceiling was already almost completelly collapsed, other rooms had huge cracks in the walls. 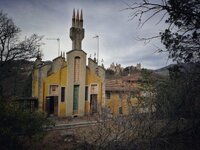 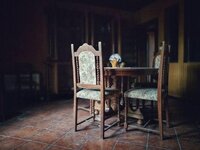 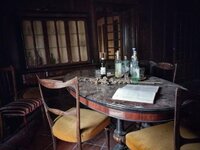 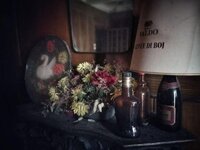 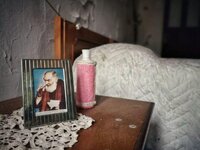 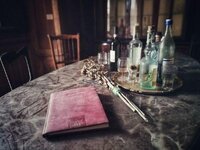 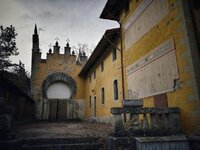 I've never seen anything quite like it. Lovely inside though.

Beautiful set, I haven't seen pics of this place before.

Just a quick note - can you include the month and year visited in your titles please.

Sure thing, done  thanks for all the comments!