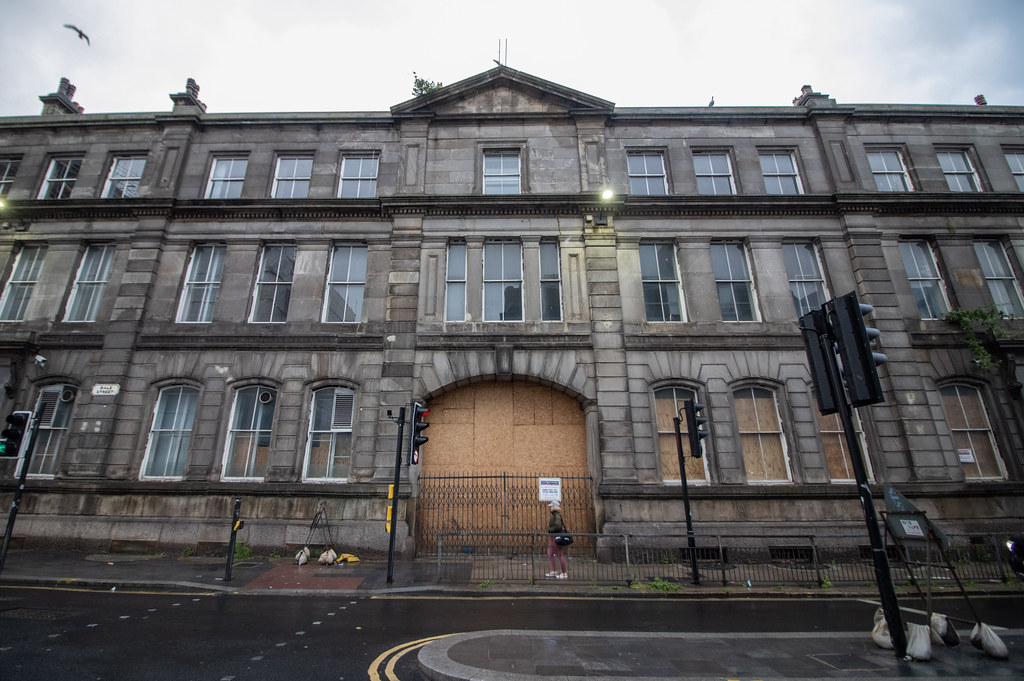 Liverpool Magistrates' Courts was designed by John Grey Weightman built between 1857 and 1859. The grade II listed building had 7 court rooms inside and was used to judge a wide variety of crimes. In 2007, it was announced that the Dale Street building will close to be replaced by a new purpose-built set of courts, but it took until 2015 for the building to finally shut after 150 years of operation. Finally in 2015 the magistrates moved into the crown court building in derby square and to be known as a single crime centre. As of 2018 the plan was to convert the building into a new hotel.

Don't really have too much of a story with this one. we were just invited along for a revisit. From what I remember, the access was slippy due to heavy rainfall, which created an overwhelming ambience inside with a storm raging above. It's a shame we missed this a year or two earlier, when 5 of the 7 courts hadn't been stripped and there wasn't builder's equipment dotted about everywhere. In case of workers on the lower floors, I started on the highest floor and left the best courtrooms for last. 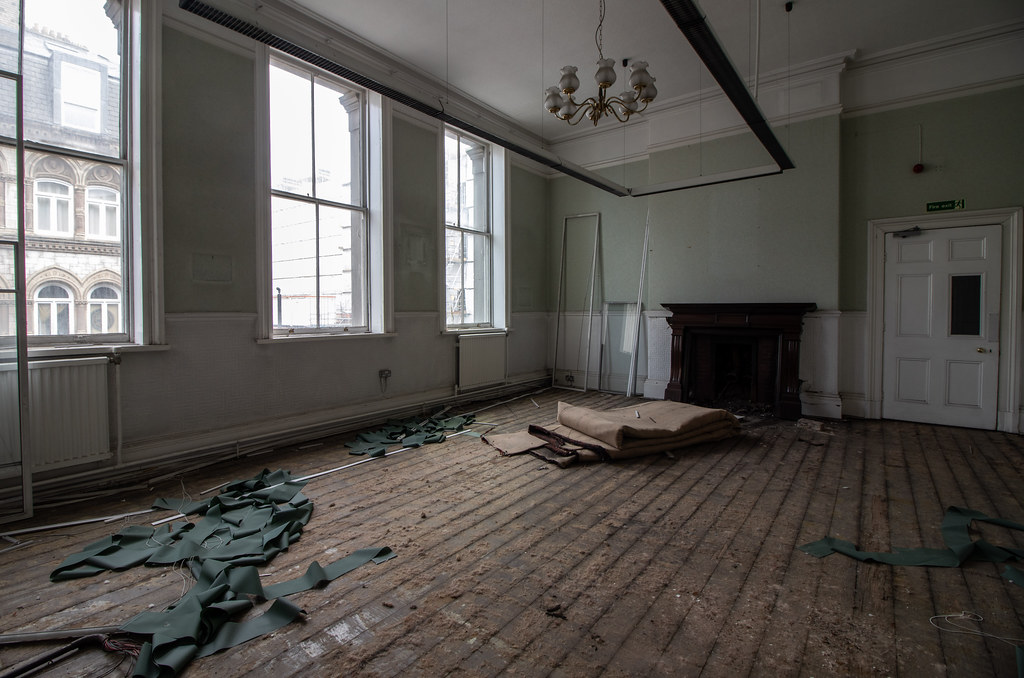 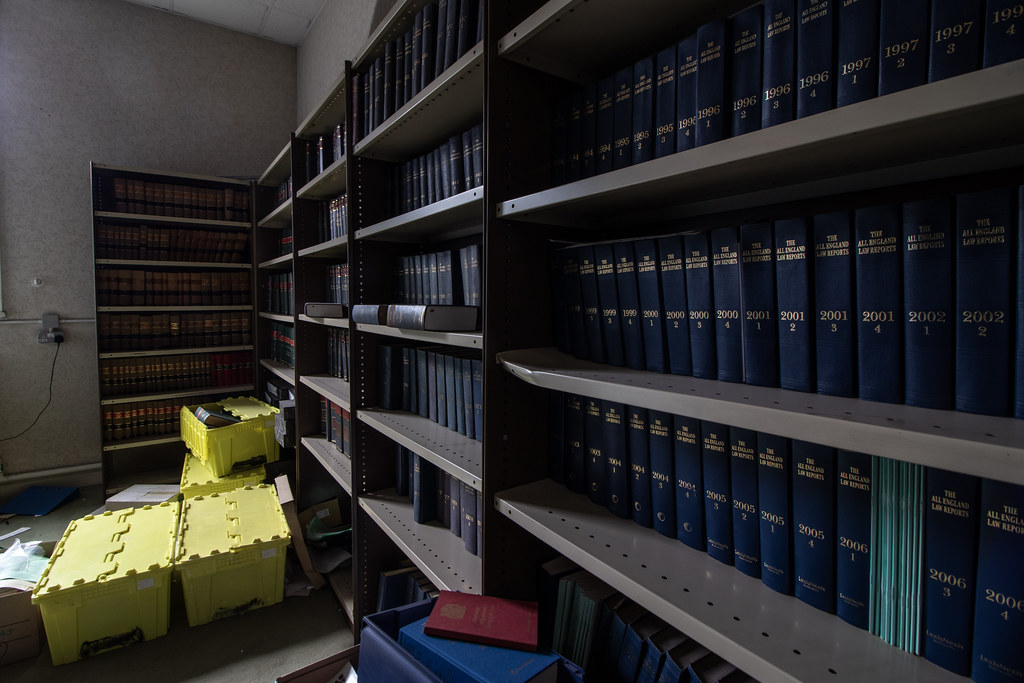 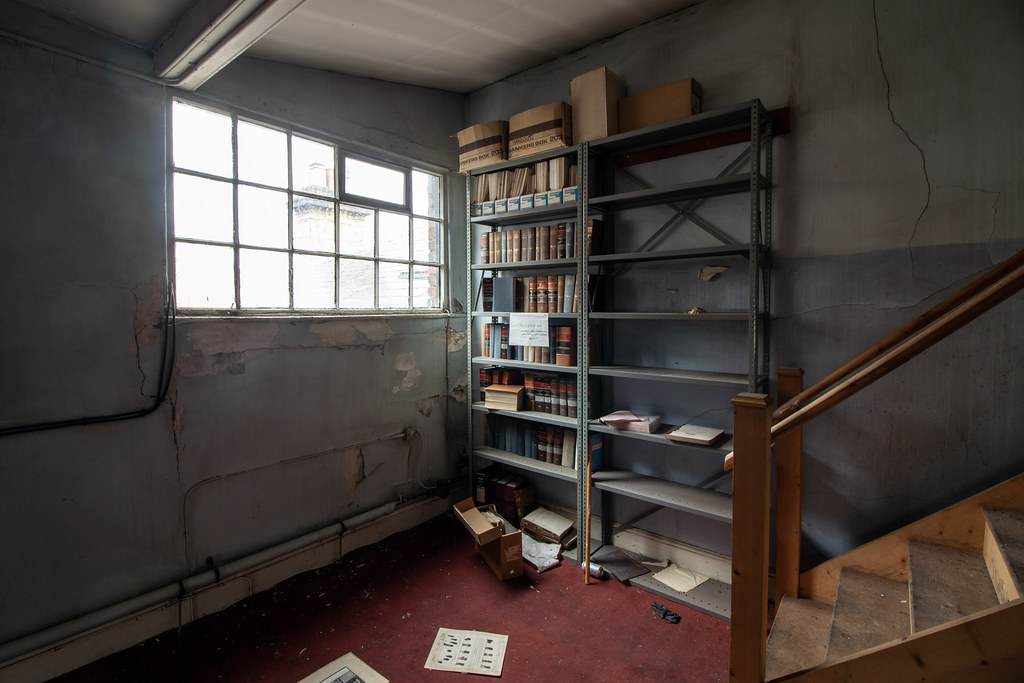 Many fascinating books were on show in multiple library settings upstairs. Some of these dated back to the 1800s and early 1900s and were amazing to read through. 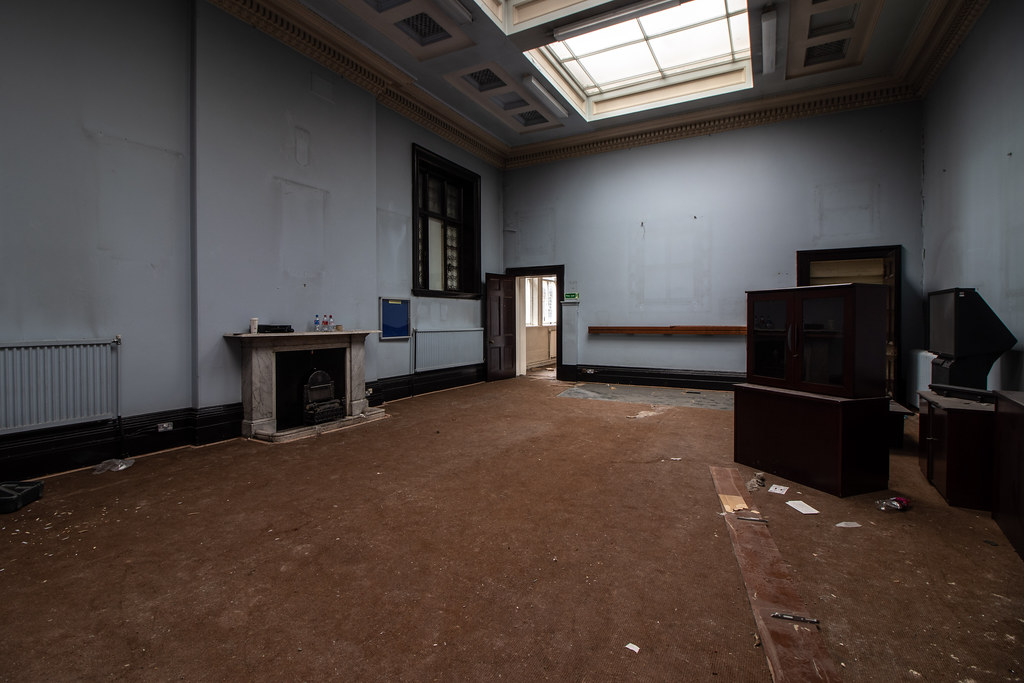 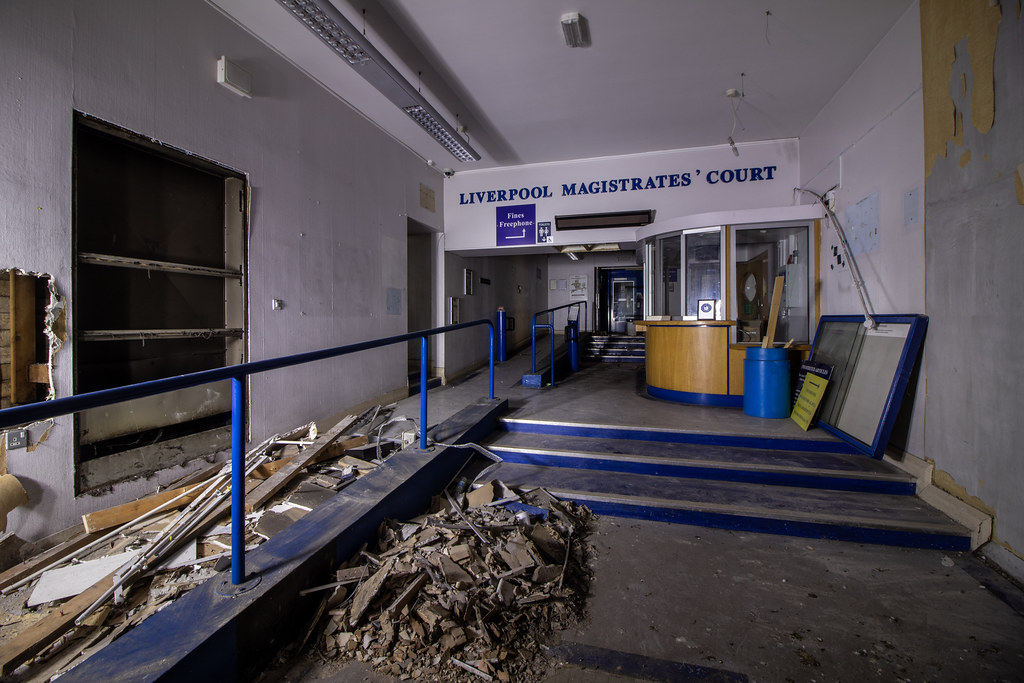 A modern section downstairs, boasting the public access to the courthouse, as well as a very empty, small court itself. 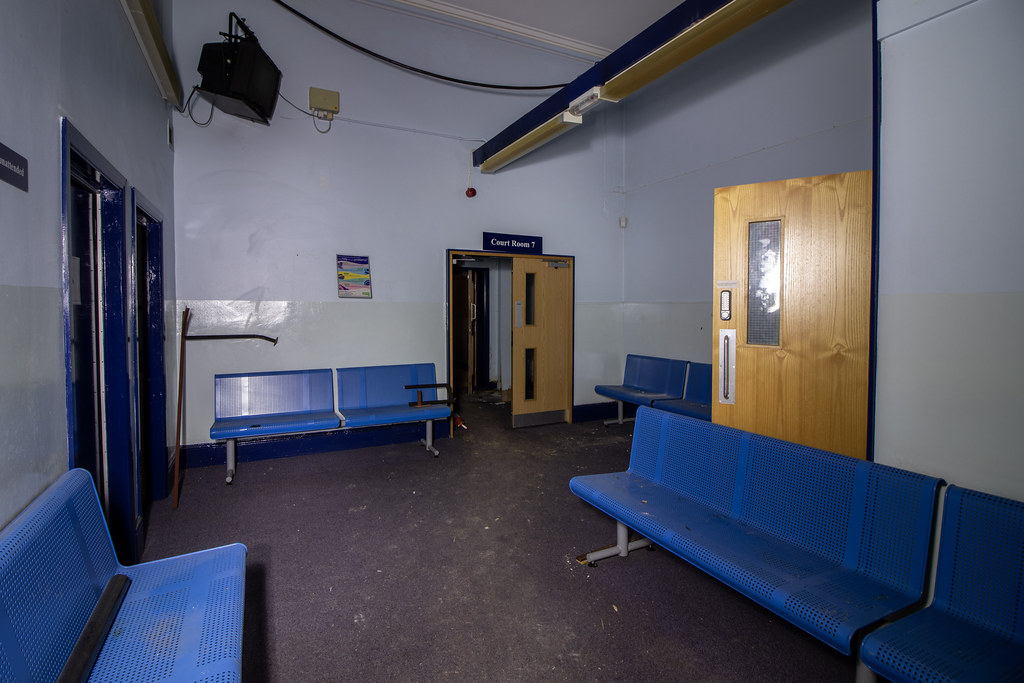 From here, we had a look at the various courts, focusing on the better ones. Some were so stripped, you couldn't tell what they formerly were, just a large space where once upon a time, many people's lives were affected. 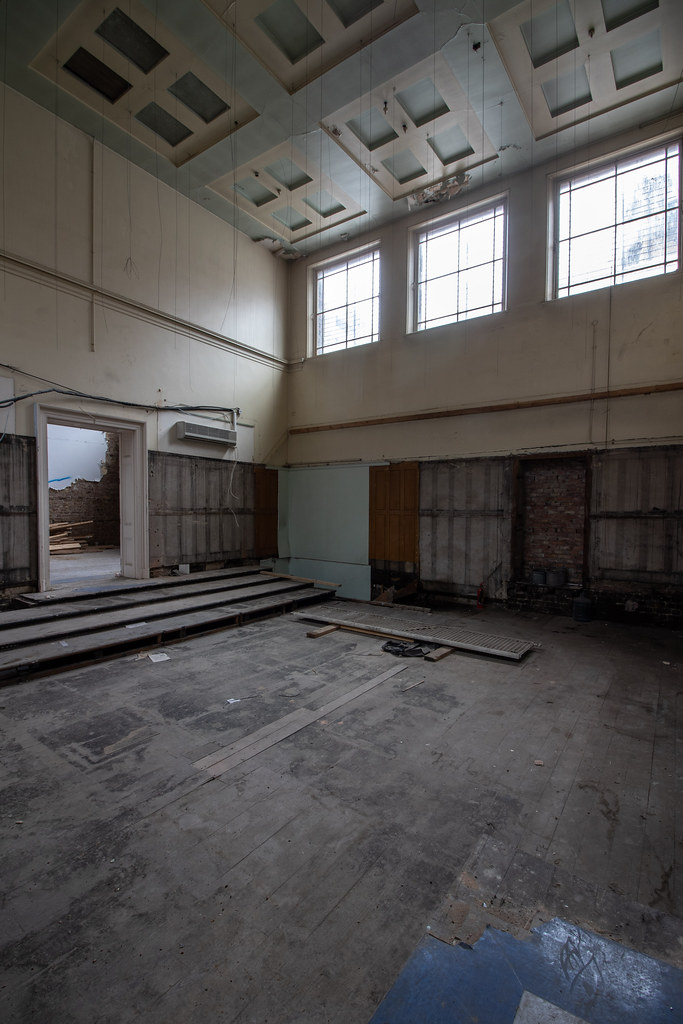 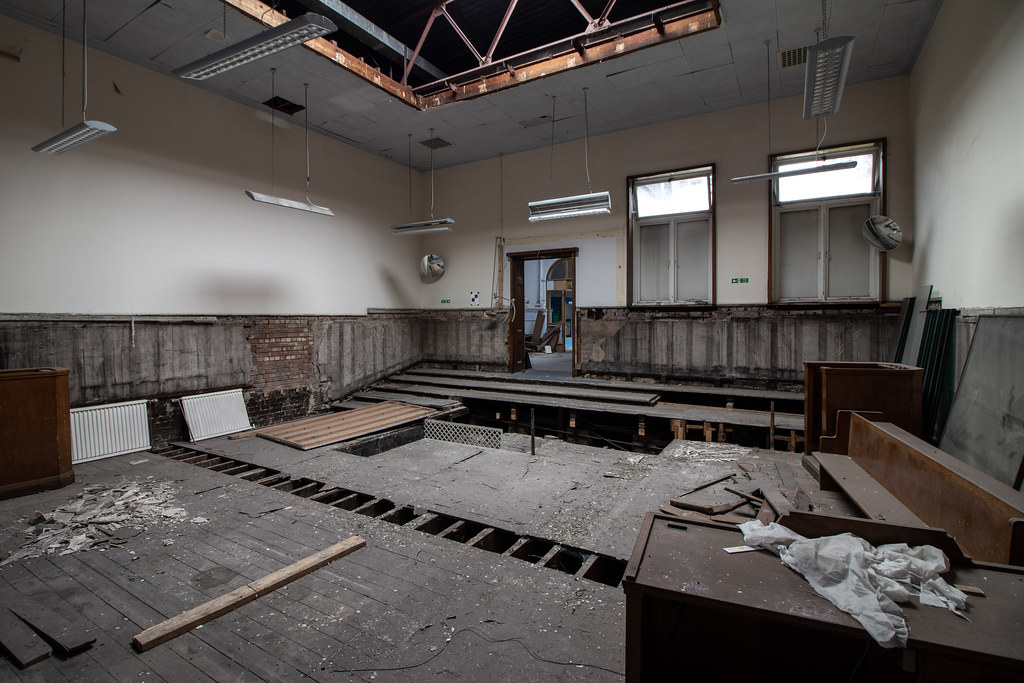 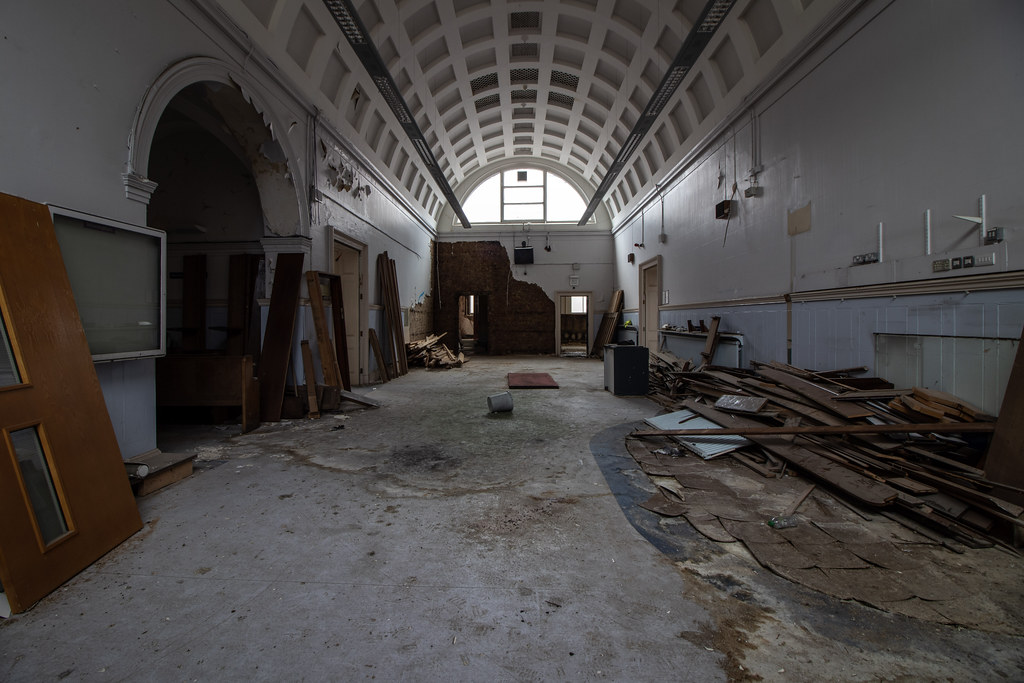 A vast corridor connecting to each of the main courts. 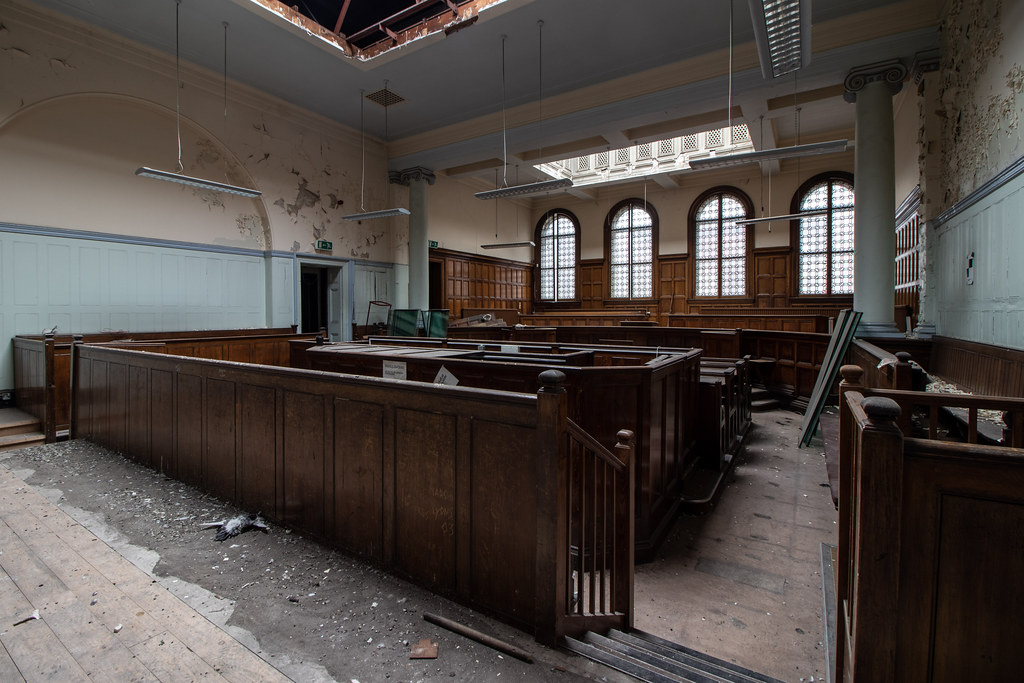 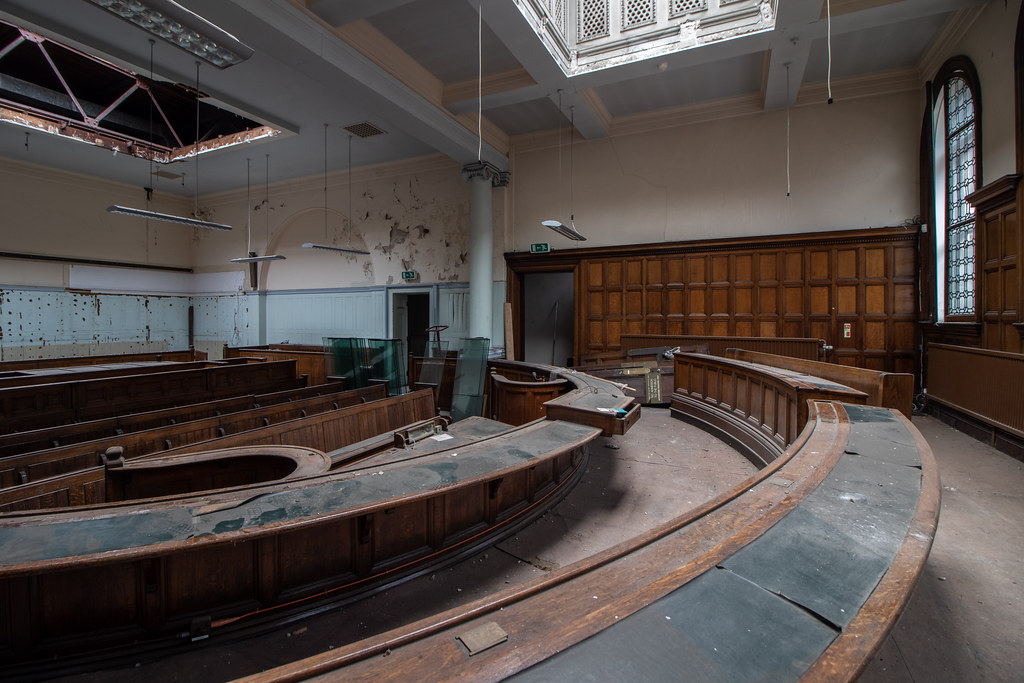 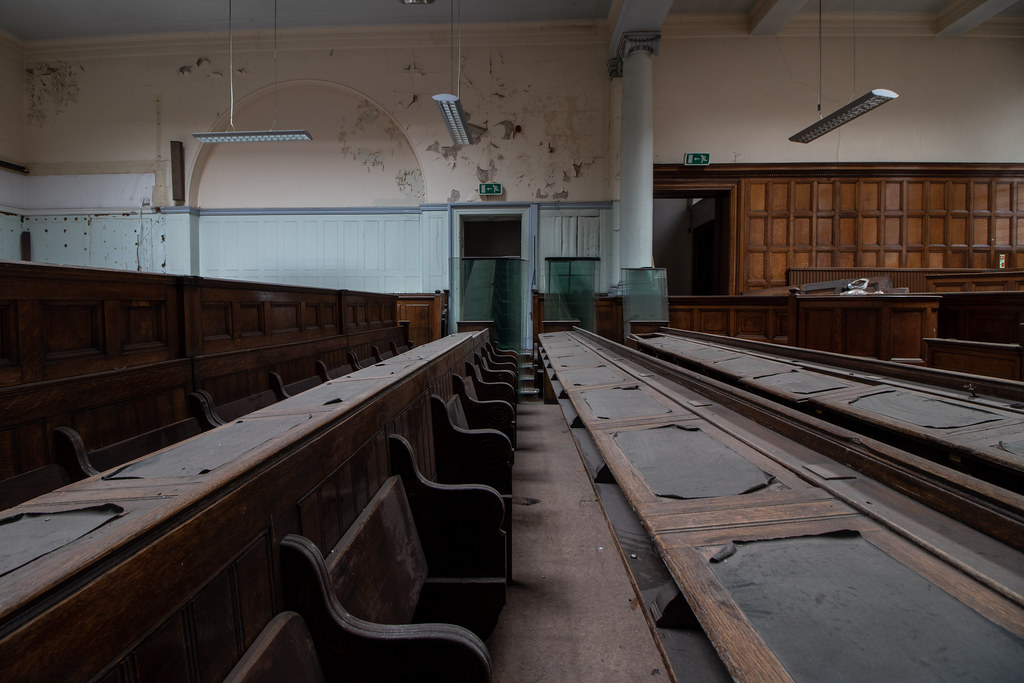 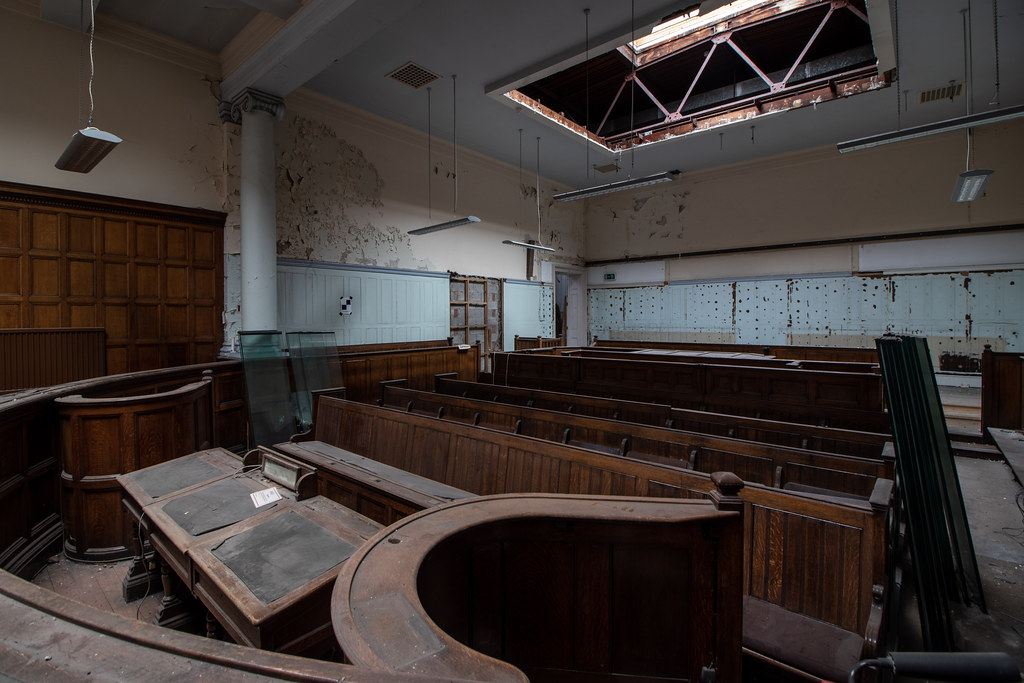 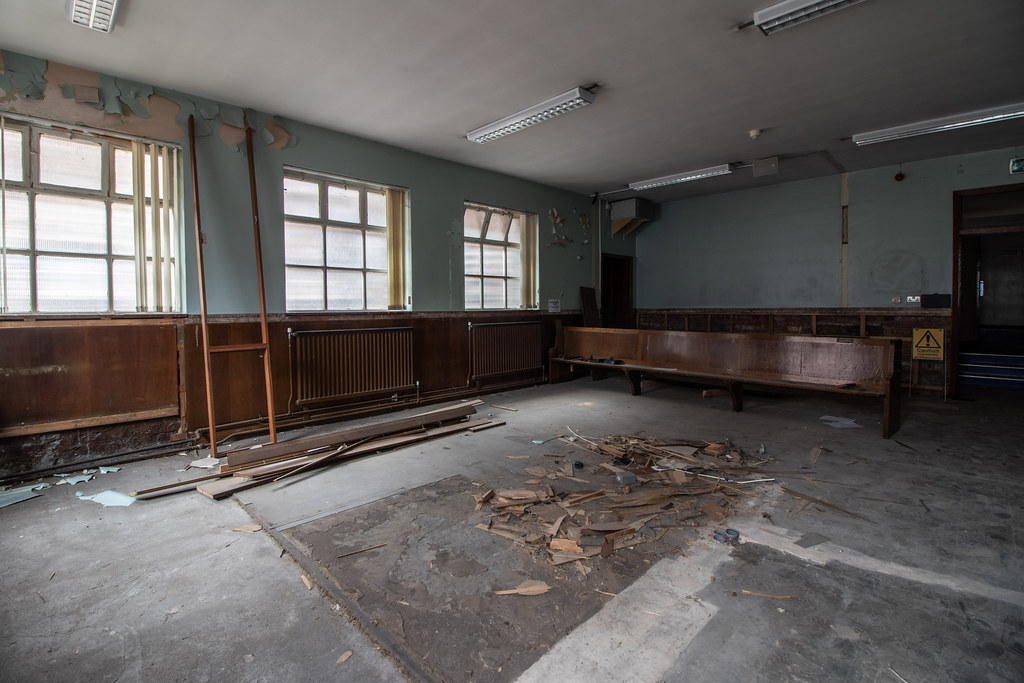 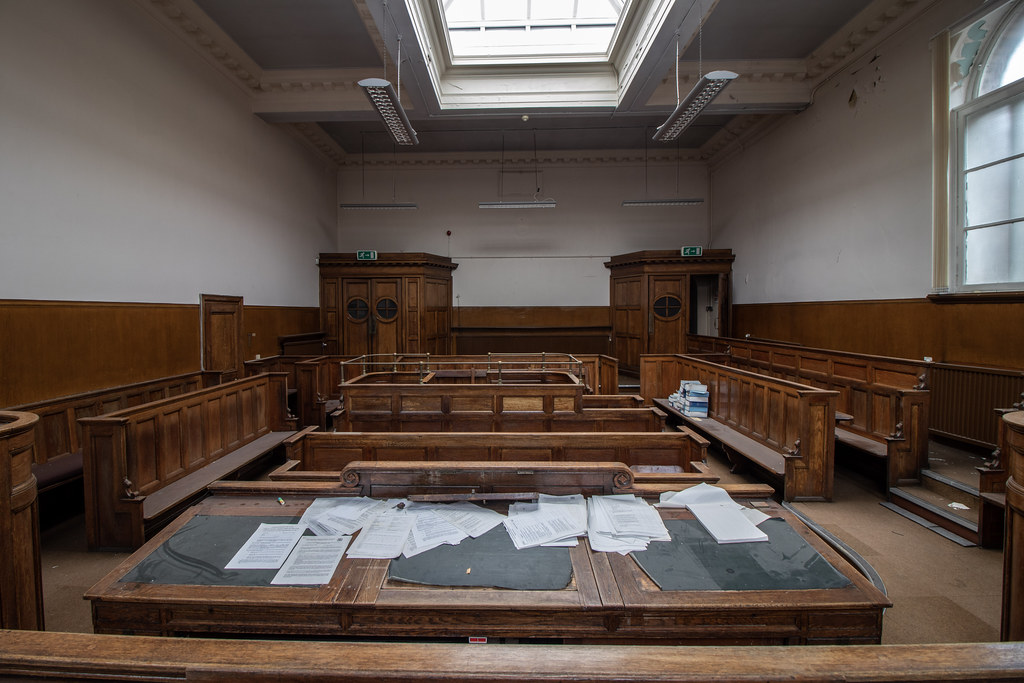 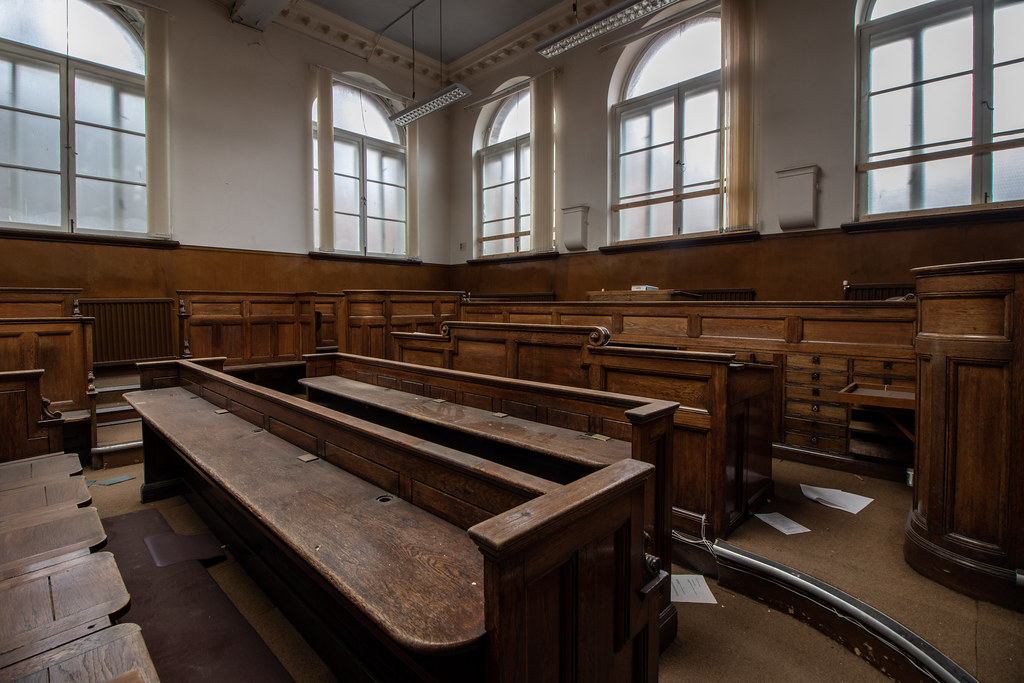 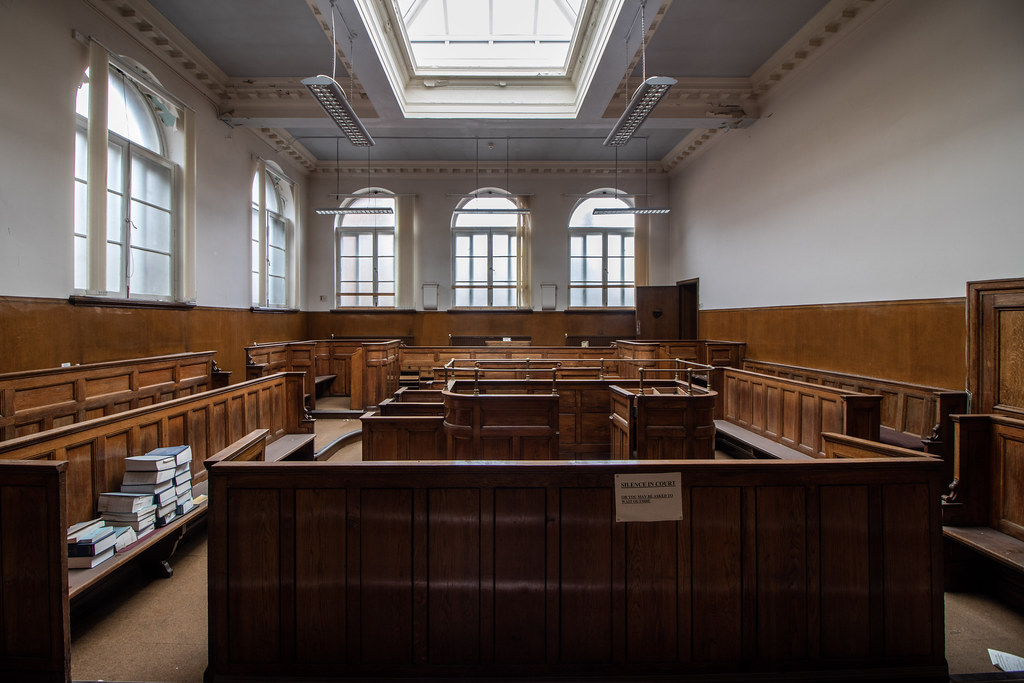 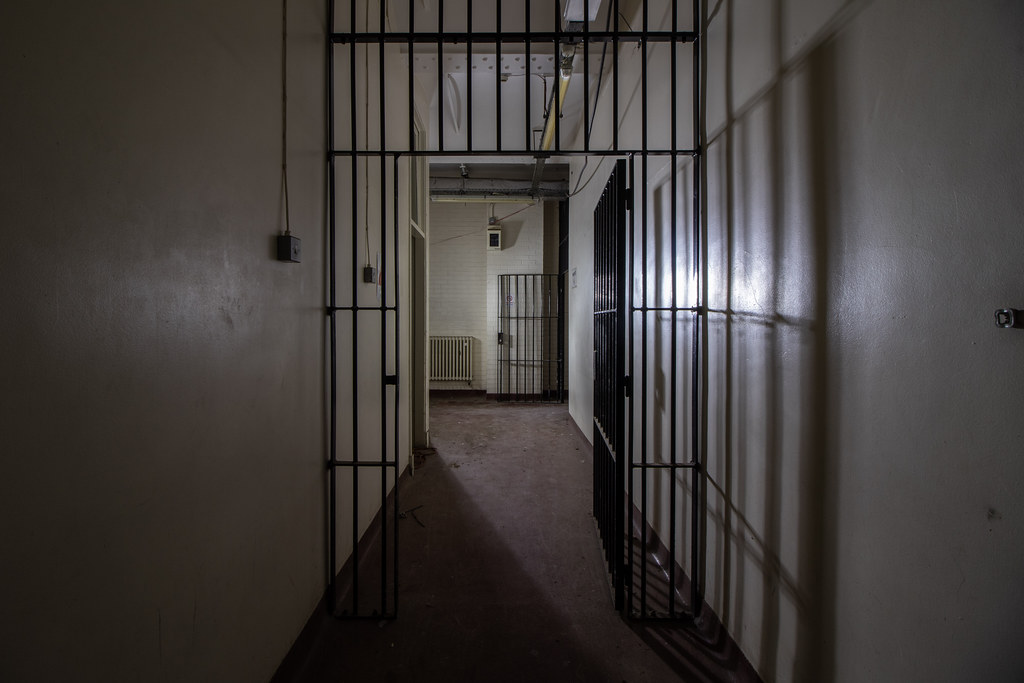 Heading into the cells. They turned out be very dated which differentiates to many abandoned courts I have been in where the cells are modernised. Arched ceilings in some reminded me of Sheffield. 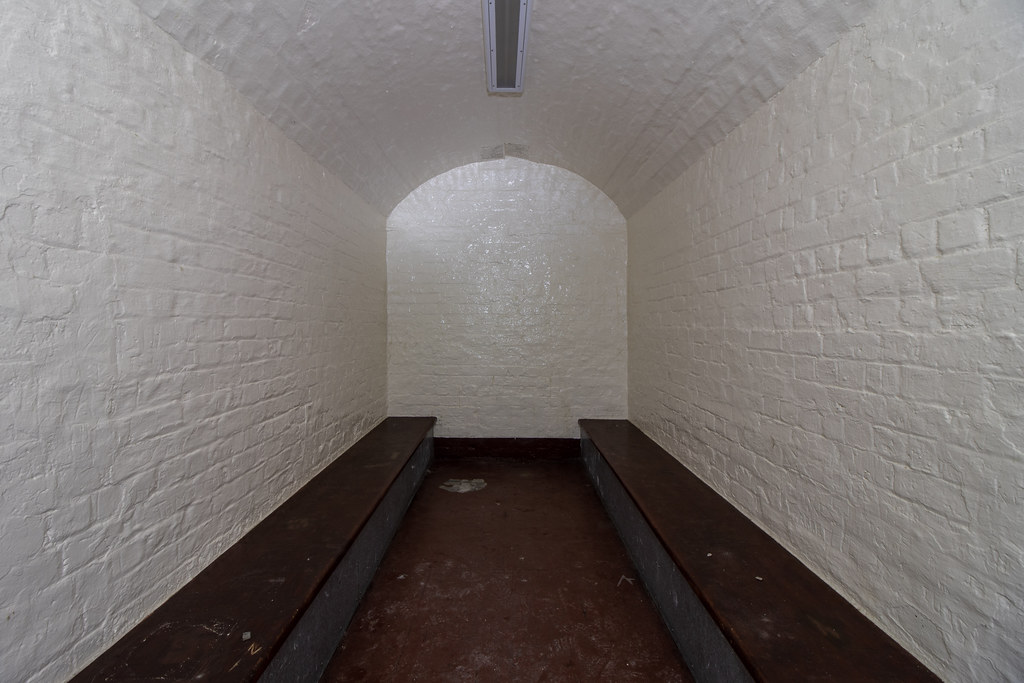 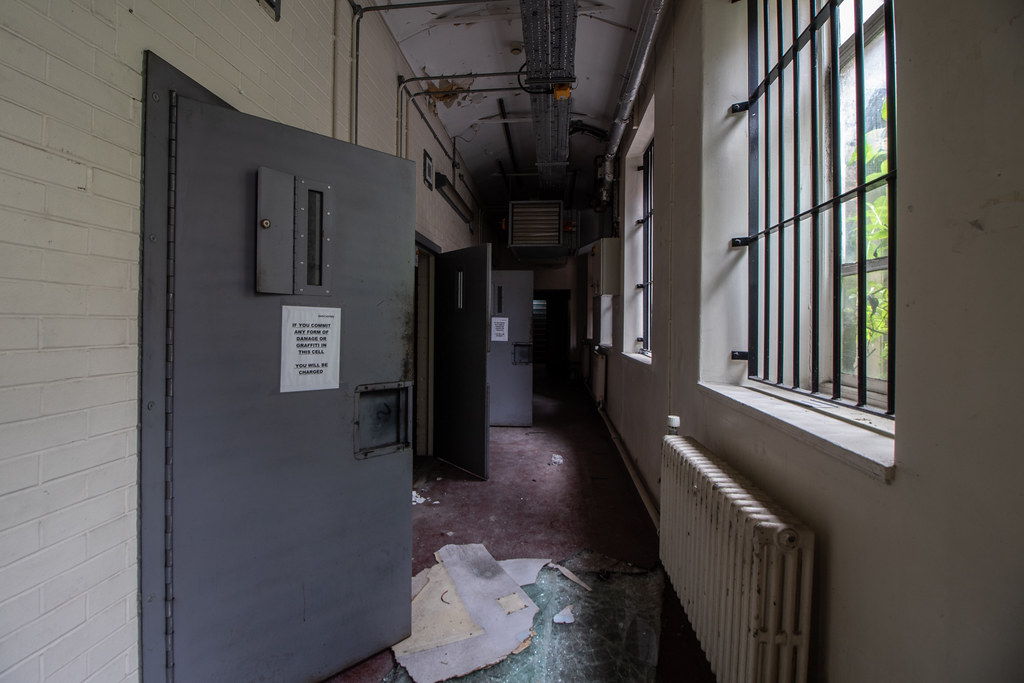 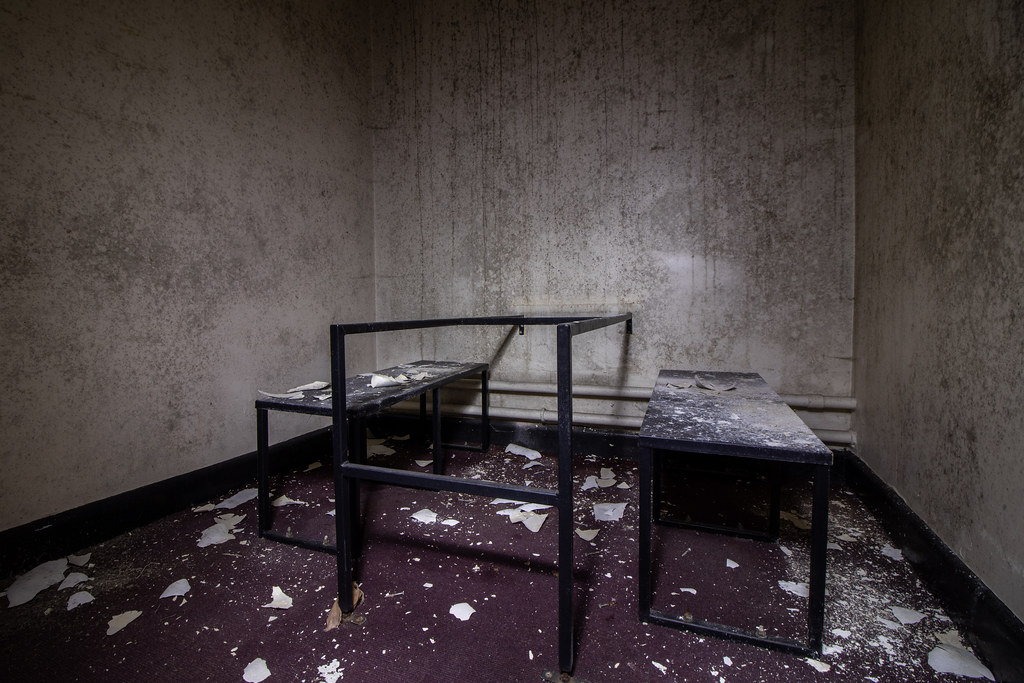 Here is the link to the documentary styled video we filmed at the abandoned courthouse. We cover the building's past, present and future through cinematics and narration: