It's been a long time, hasn't it? I've not posted a report for at least a year. Without going into personal details, I suppose whilst I never lost interest in the movements of the scene, I've been out of action for so long due to lack of drive to go anywhere. Nothing has really given me the motivation to get out there for so long, but now I'm in a better place with life now, Slipdrix came up to Manchester for a week and we set in motion a plan to do get some exploring done. After so long out of it all, down with the blues, it's fair to say this is by far and wide the most successful, greatest week I have ever spent exploring. Not a single fail, unless you count missing one part here and there due to lack of planning and a "blind leading the blind" approach. You know what I mean. Starting off with a revisit to my best explore last year, we did British Arkady in Manchester. Sadly that's gone downhill since I first visited with more graffiti, items removed, electricity cut off and the like. If you want to get out there then do so soon. Still, I hope Slipdrix still enjoyed himself.

So here we are the day after, at Brunner Mond in Winnington. I don't know why I never did the classic, long-disused site by the river before, but here we are now. Whilst walking down the road, Slipdrix and I spot numerous derelict buildings either under demoliton or clearly disused. Blindly leading the blind, not knowing what to expect, I suggest to Slipdrix we do the buildings by the river, which we found to be the classic part. Looking across, we spot at least one worker or guard; I've come too late. They've started demolishing the place. I suggest we go back for fear of walking straight into a trap with workers, but Slipdrix suggests we at least give it a try. Access wasn't extreme, but it took time and a lot of creative thinking. But we got there. 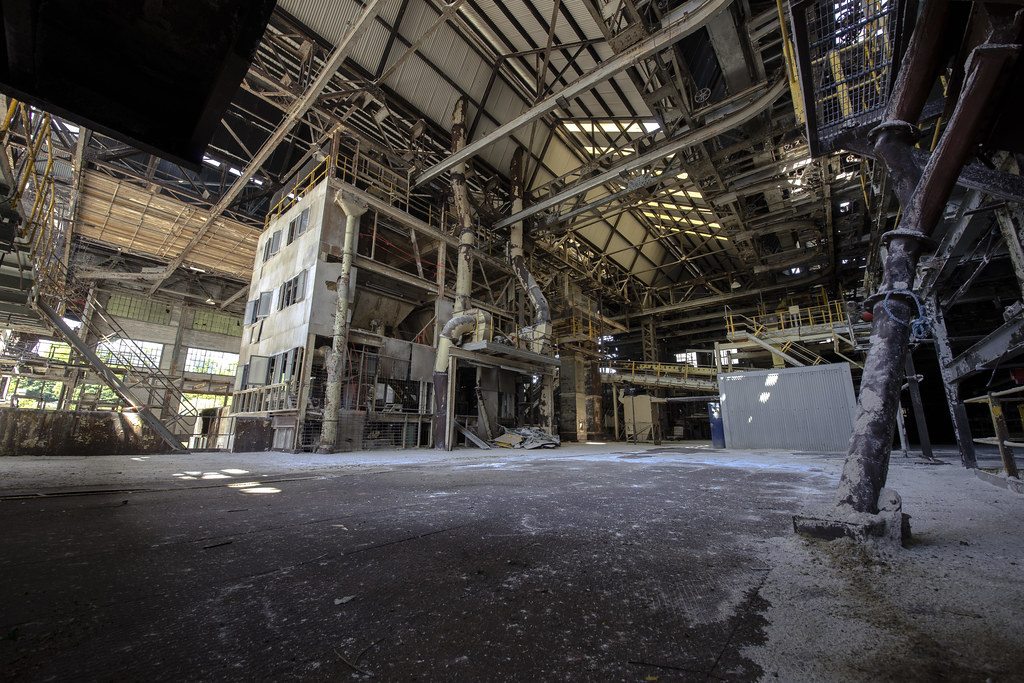 Snap away. Though past its days of being epic now it's being demolished, it's still quite photogenic isn't it? 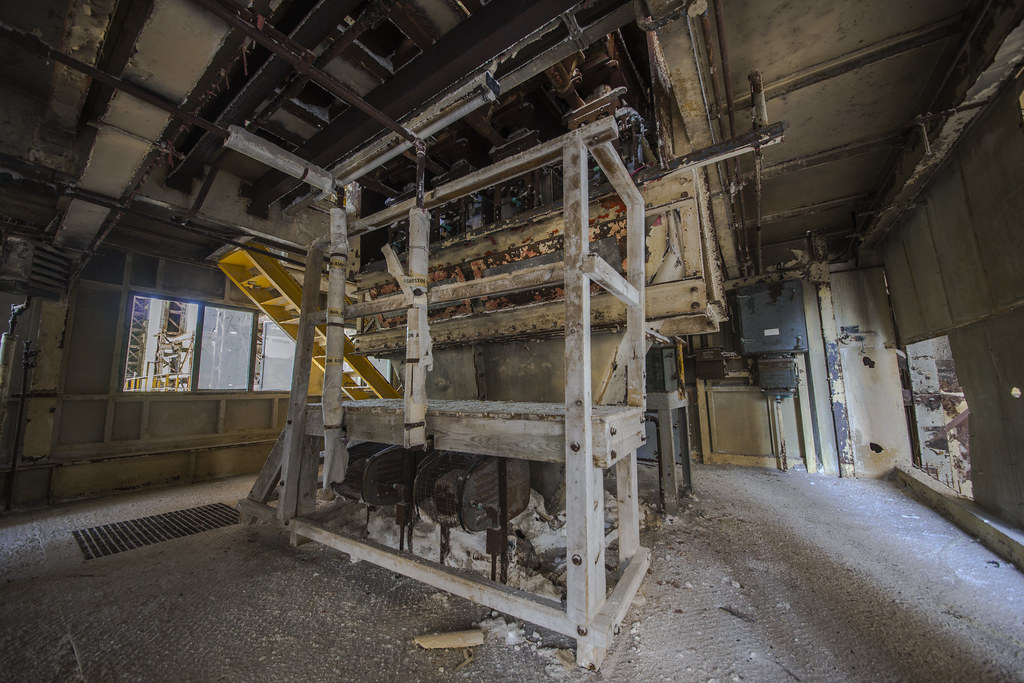 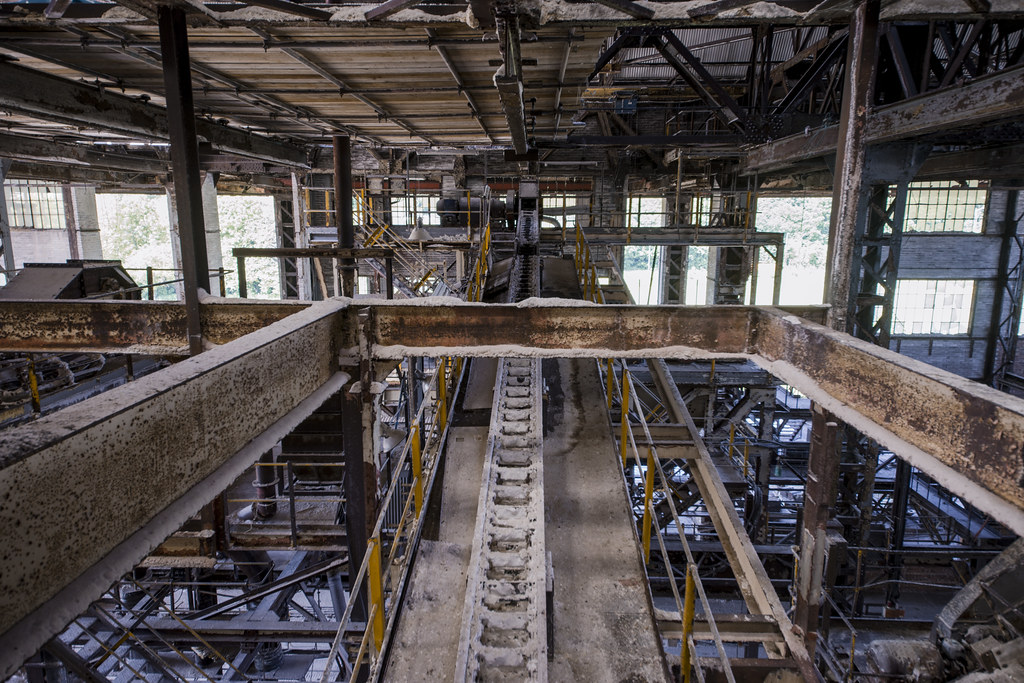 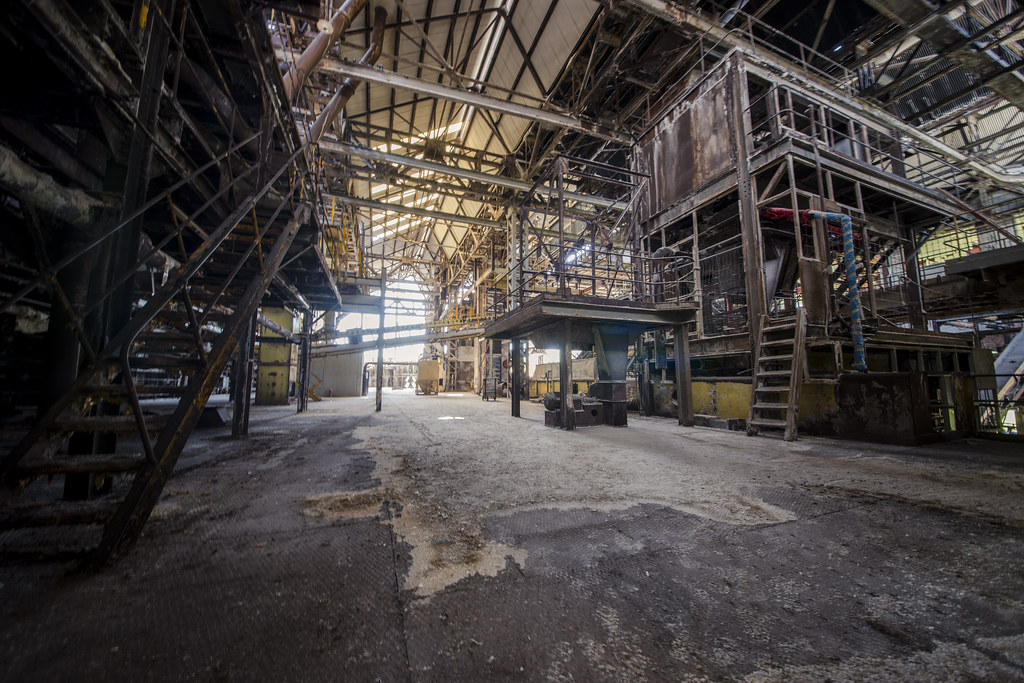 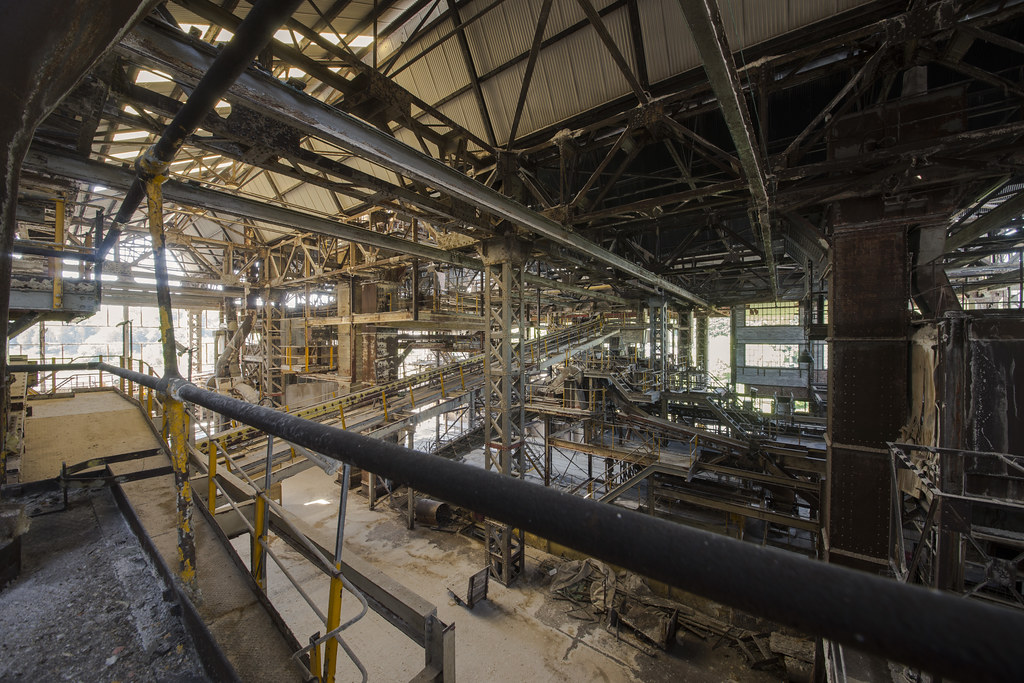 A guard walks through the ground floor and we wait until he walks to the back of the site. Carry on. Wait. There's another. Now three! Spy a fourth and possibly a fifth now! We got in when they were on their break! My fears were confirmed.

We can't get out the way we came in. What do we do? 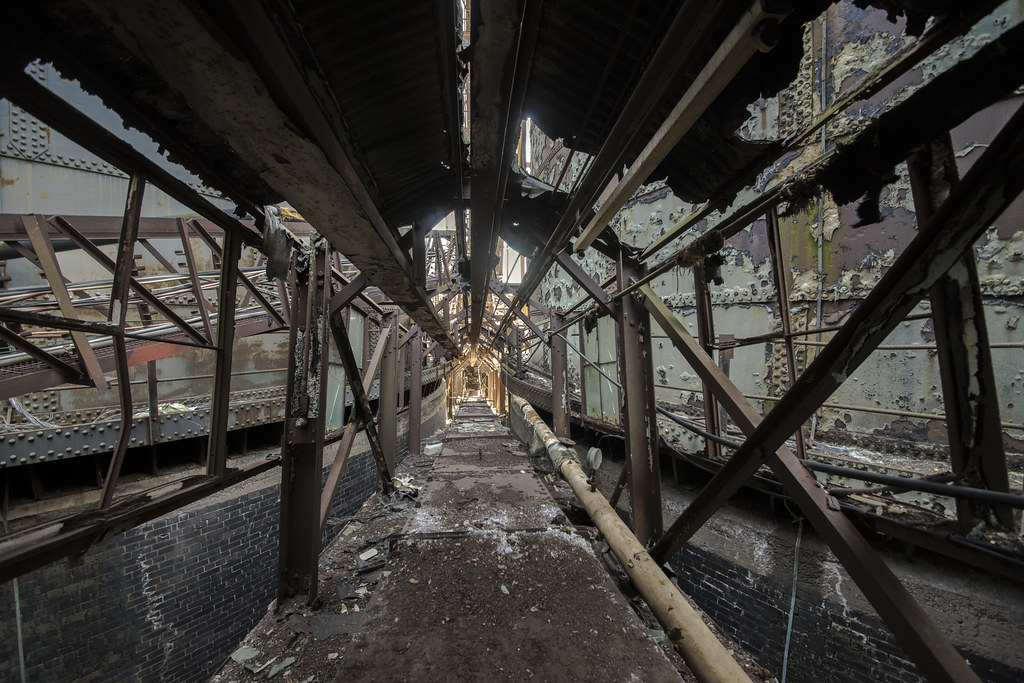 It's our only way out. Packing our stuff away, we ran down the belt, and a truck and worker are below, working on the silos. We keep running, until we reach a locked door. This is where it gets really intense. We can't go back without giving ourselves up.

Clambering down through a narrow, filthy, dusty and long gap, we get to the lower level. Gasping for breath, dust fills my mouth. This is insane!

We're on the bridge, with a clear escape route. We run across, and hear a shout. Is it at us? Are we just dreaming? No time to stop now. Keep running, past the workers. Down the steps and out, across the bridge. We've escaped, filthy and scratched but safe.

Stay tuned for part two below.

Having escaped, Slipdrix and I walk back down the road in full view of workers on both sides.

We get to the road bridge and keep on walking, over the heras blocking our way. I ask Slipdrix if this is a good idea, to keep on walking. He thinks it is, so we continue blindly as ever. It's live. I'm really not sure, but we keep going. Clearly some buildings are disused, but others are live with cars parked outside and (rarely) cars and forklifts moving in the distance. We look through the windows of an empty office building, but see nothing. There's a huge building with fencing round it; we have no idea what it is. Let's just go in anyway. Access is wide open. 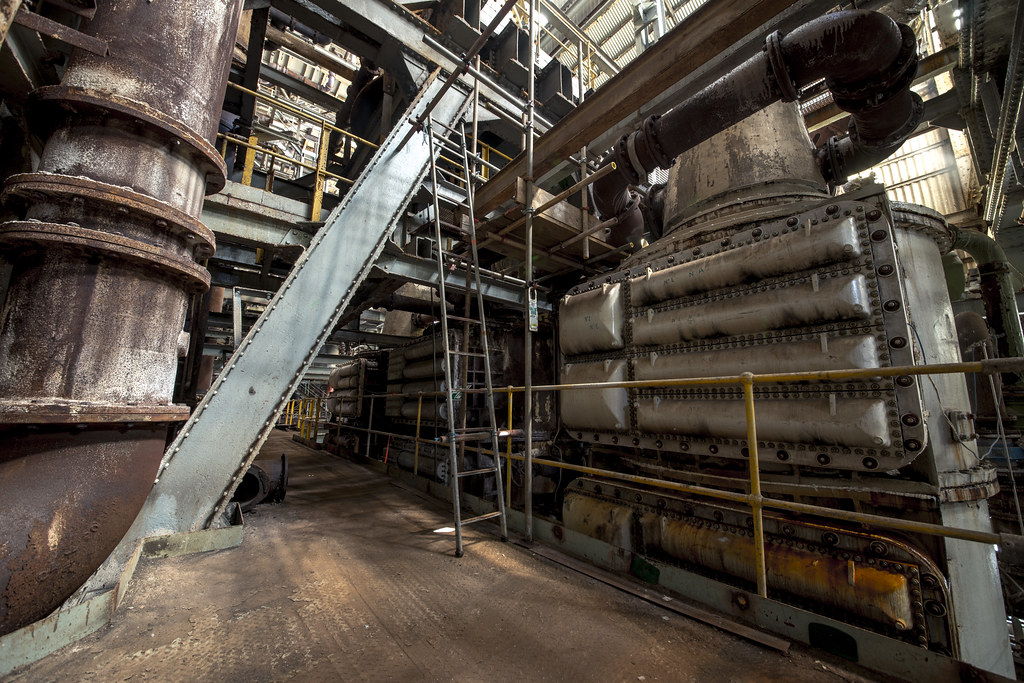 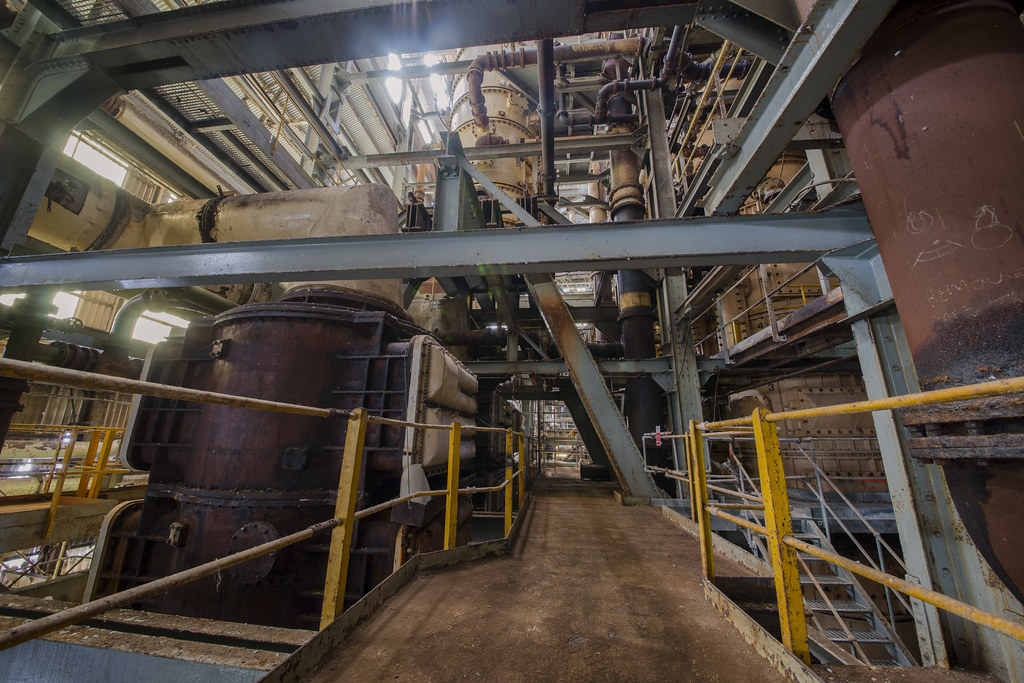 It's the compressor house. It's boiling in here, electricity still on and all the machinery still working away in some way shape or form. Most of the stairs are cordoned off, but that doesn't stop us. Not a breath or peep from any workers or security. 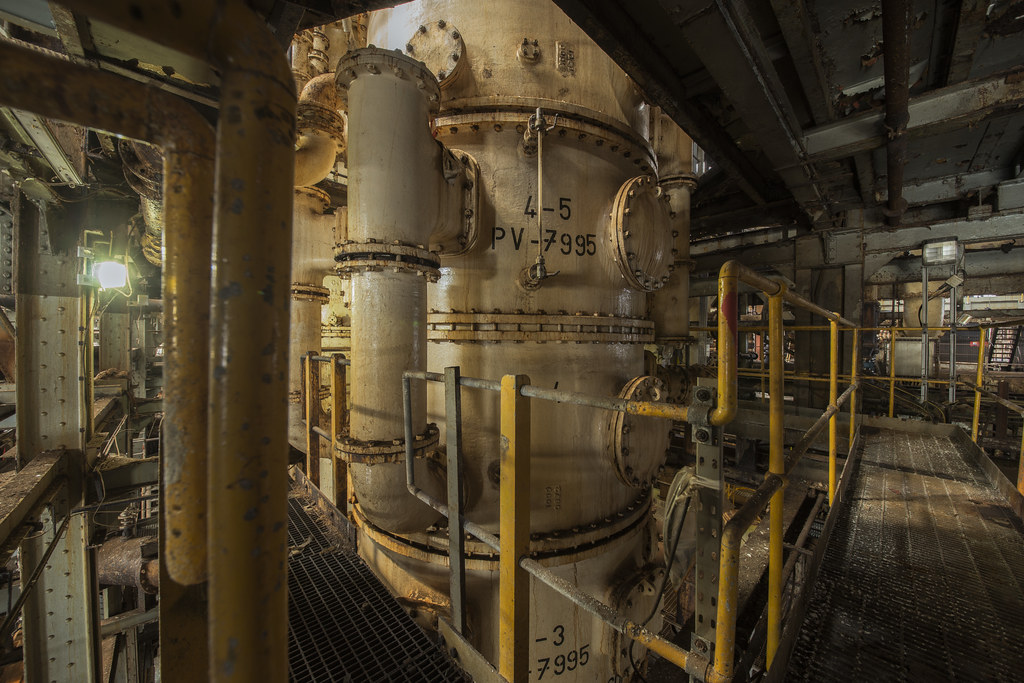 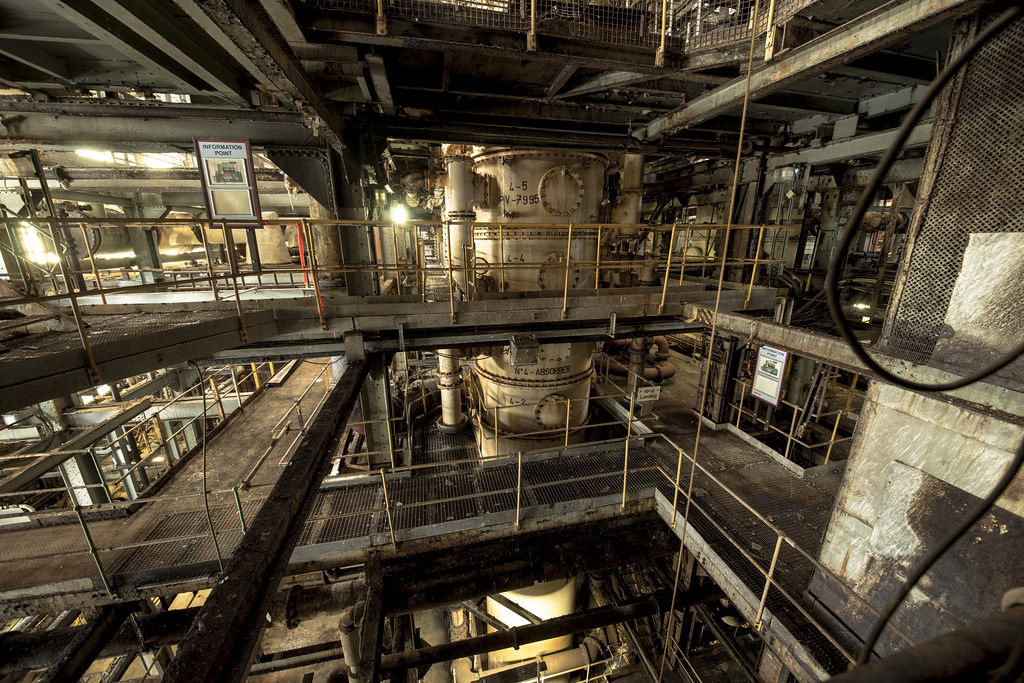 Belgium will always be the world capital of dereliction, but the sheer size and atmosphere is phenomonal. 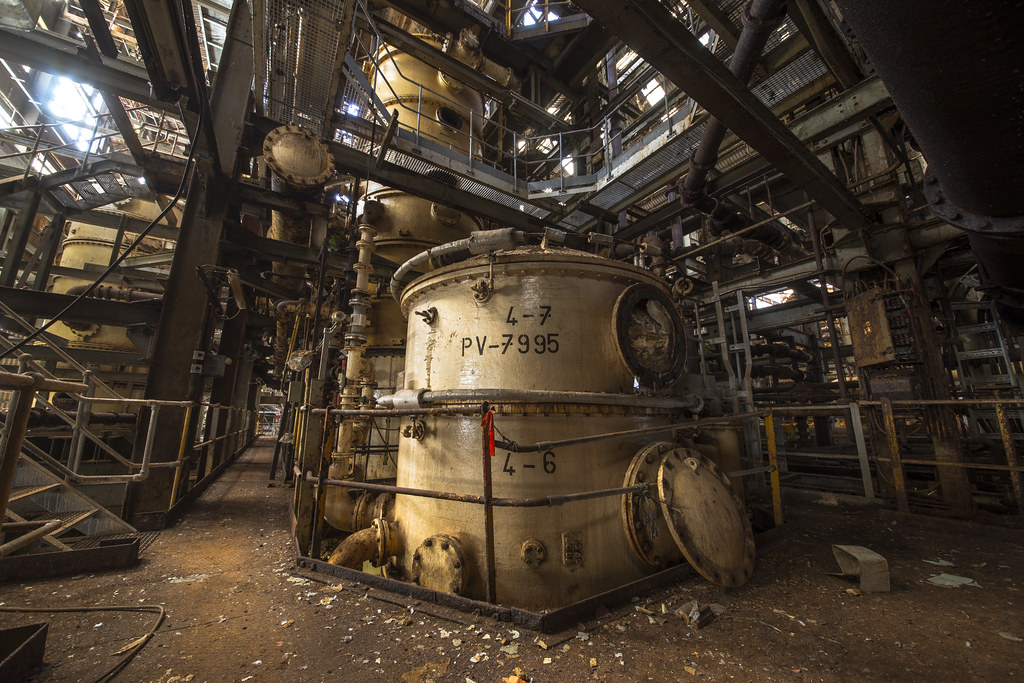 If you want an idea of sheer size, this is just half of it. 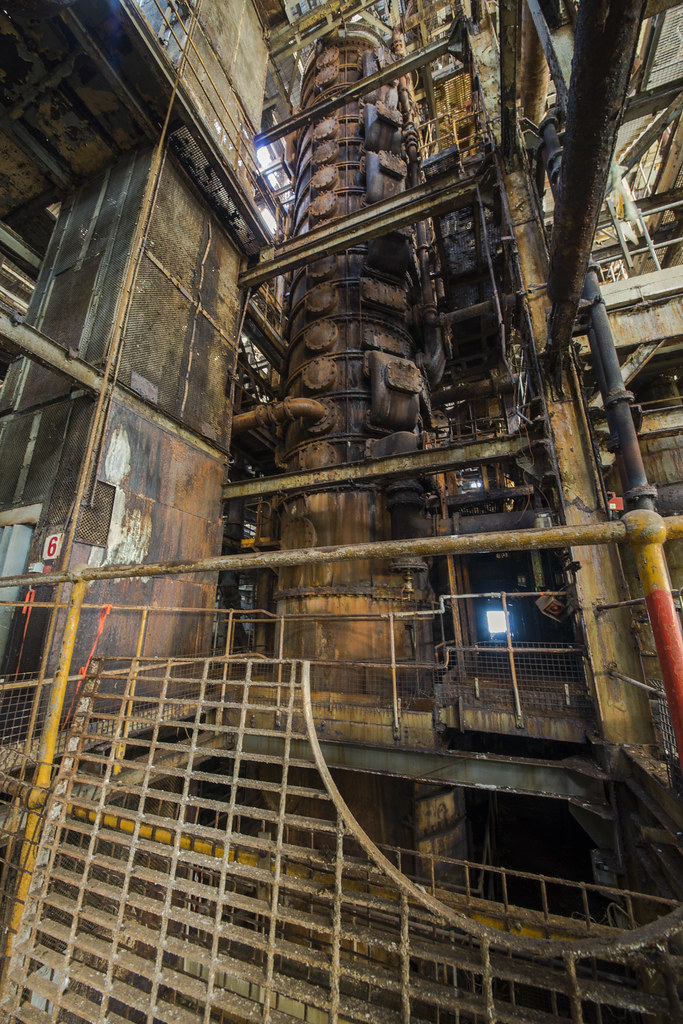 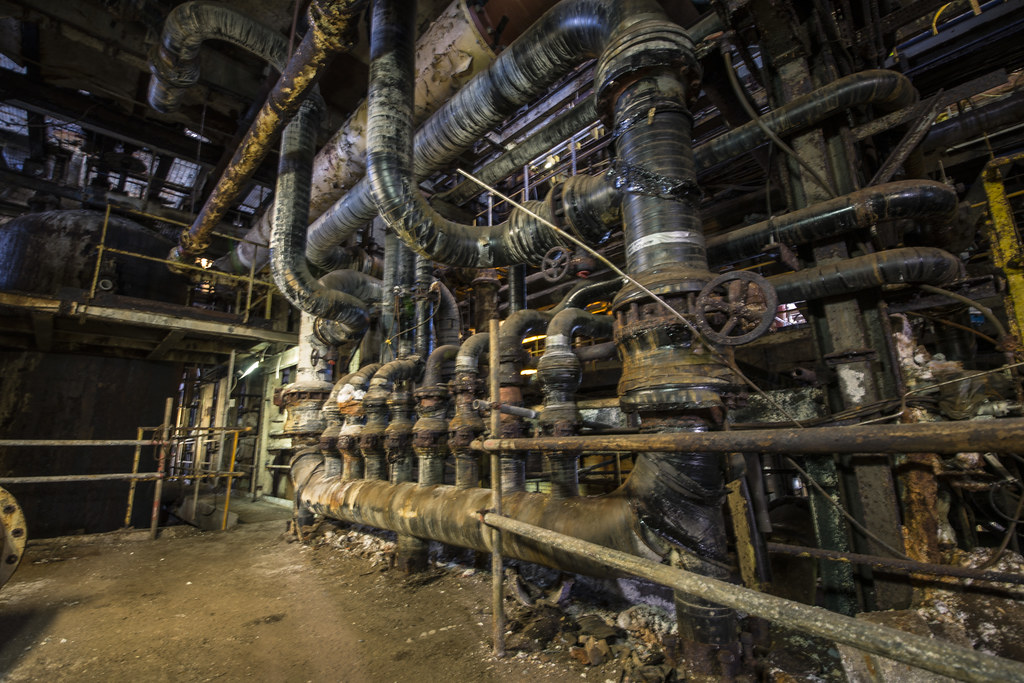 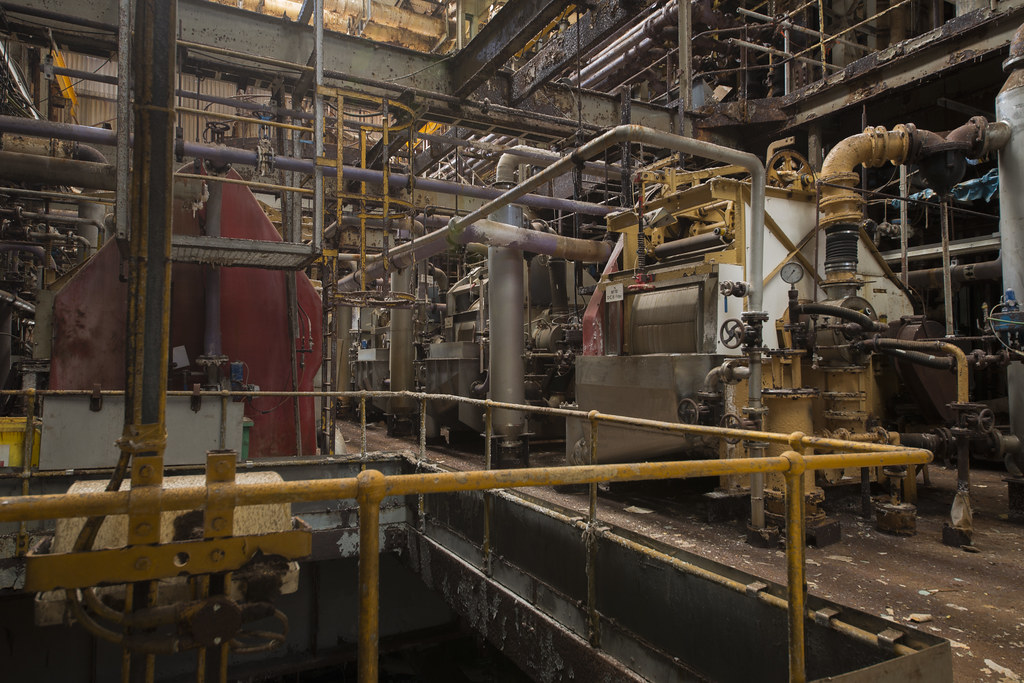 Here we see a room marked control room; it's locked. Looking through all we see is a locker room but still, it's a shame we can't get in, whatever lies inside. Here, Slipdrix and I found emergency oxygen tanks; stupidly Slipdrix turns the nozzle on one and can't get it to stop! Shit, come on, just leave it and run!

We move onto the building next door, getting in within seconds. It looks like some kind of turbine hall. Is that what's what it's called? Maybe someone knows better than I do.

Everywhere is coated in inches-thick soda ash; it's horrible. 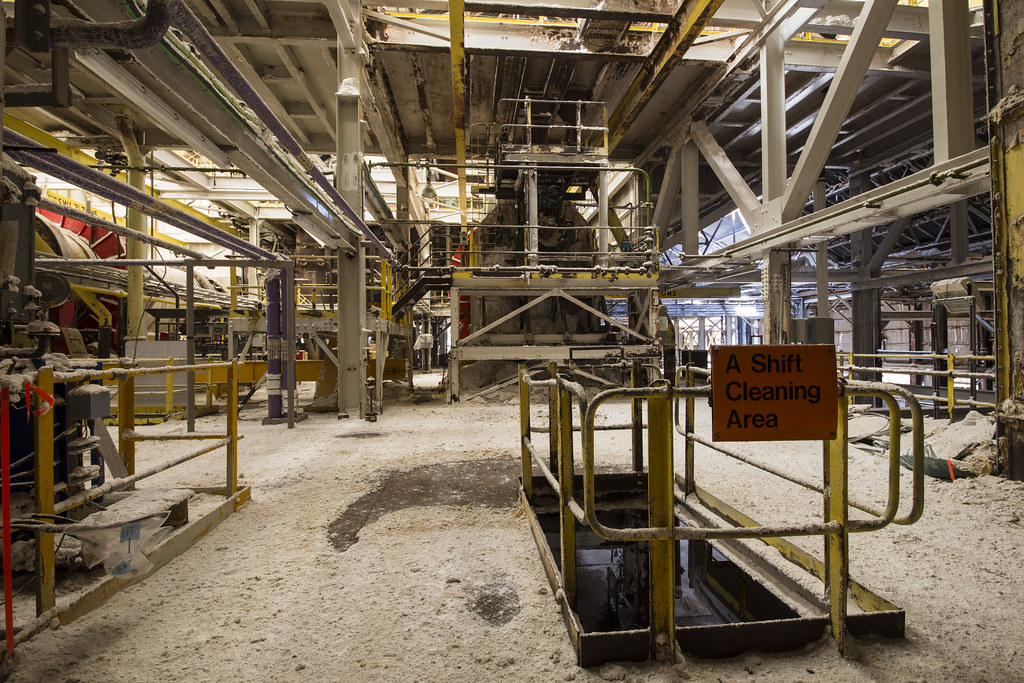 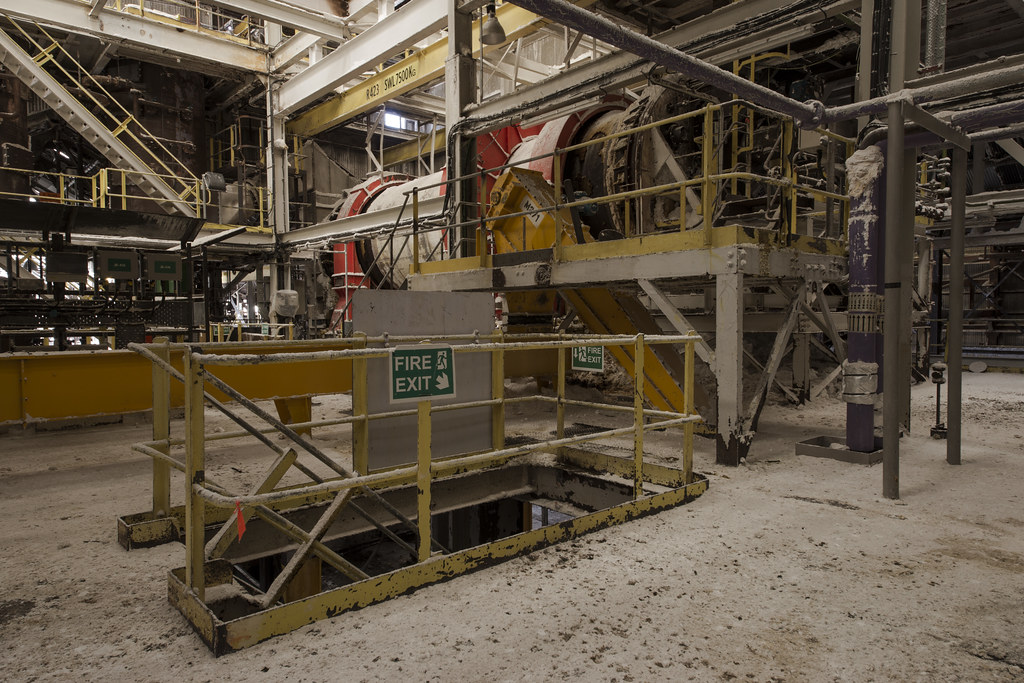 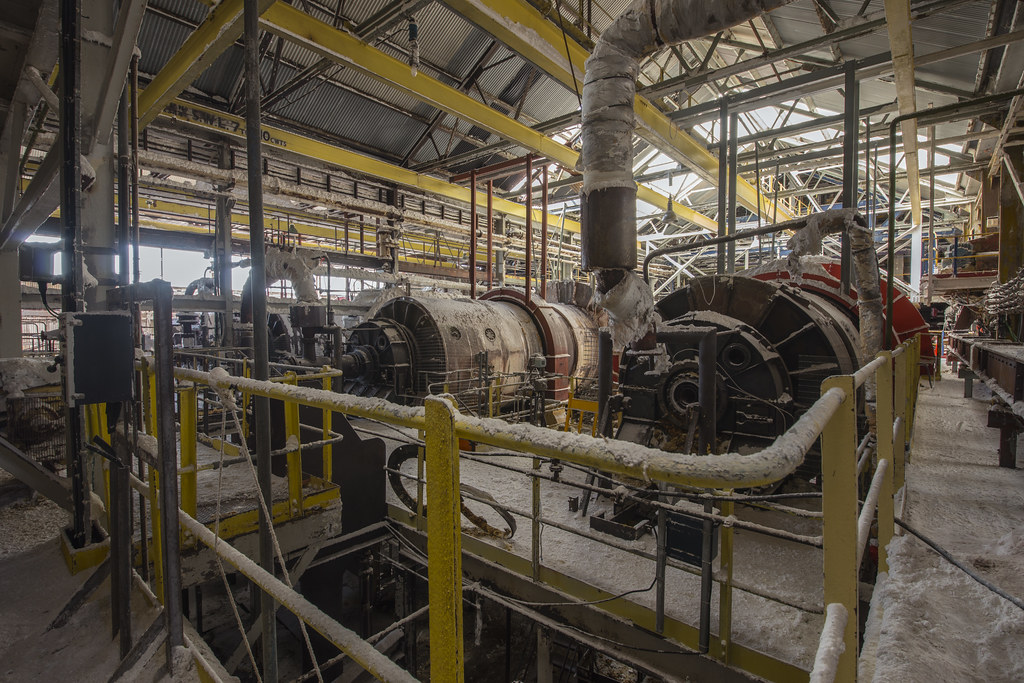 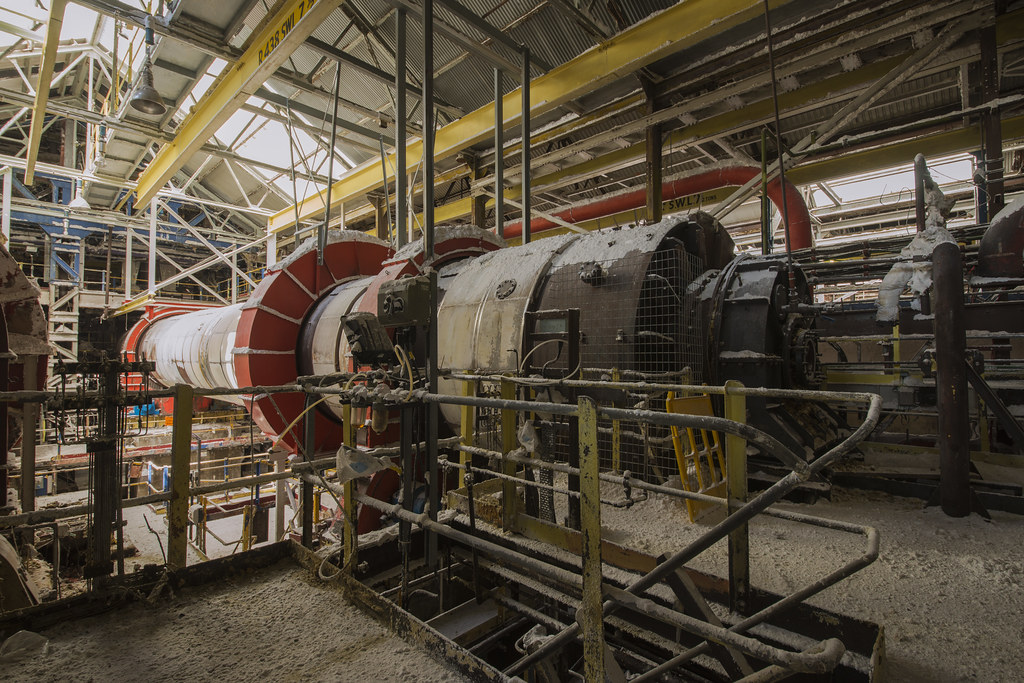 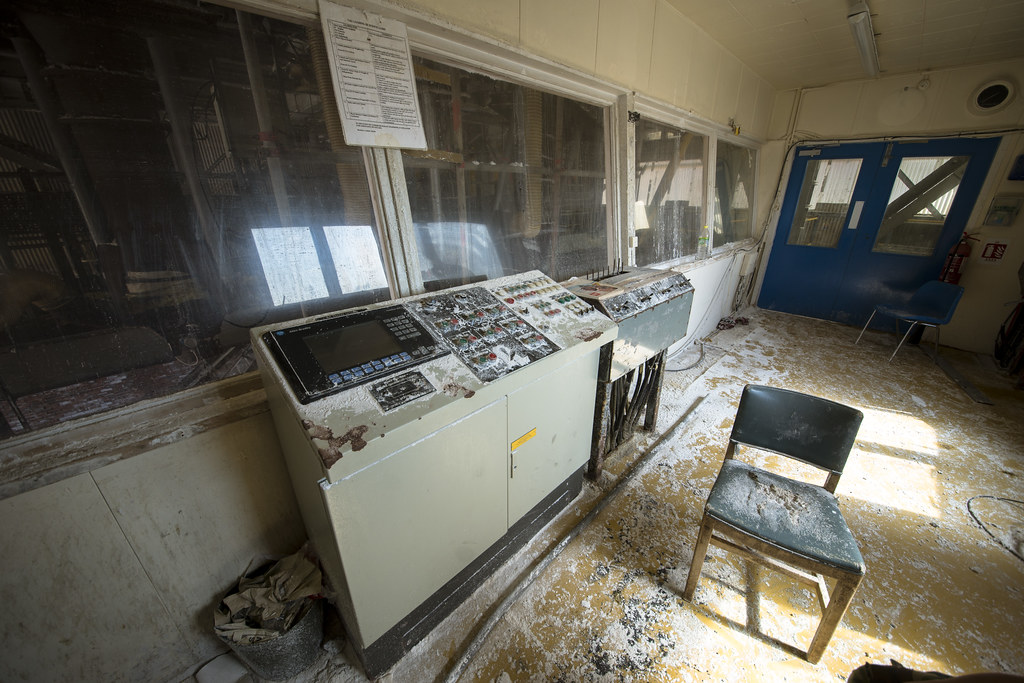 I'm reluctant to do it for fear of being spotted, but Slipdrix loves heights so we decided to exit this building and get high up. 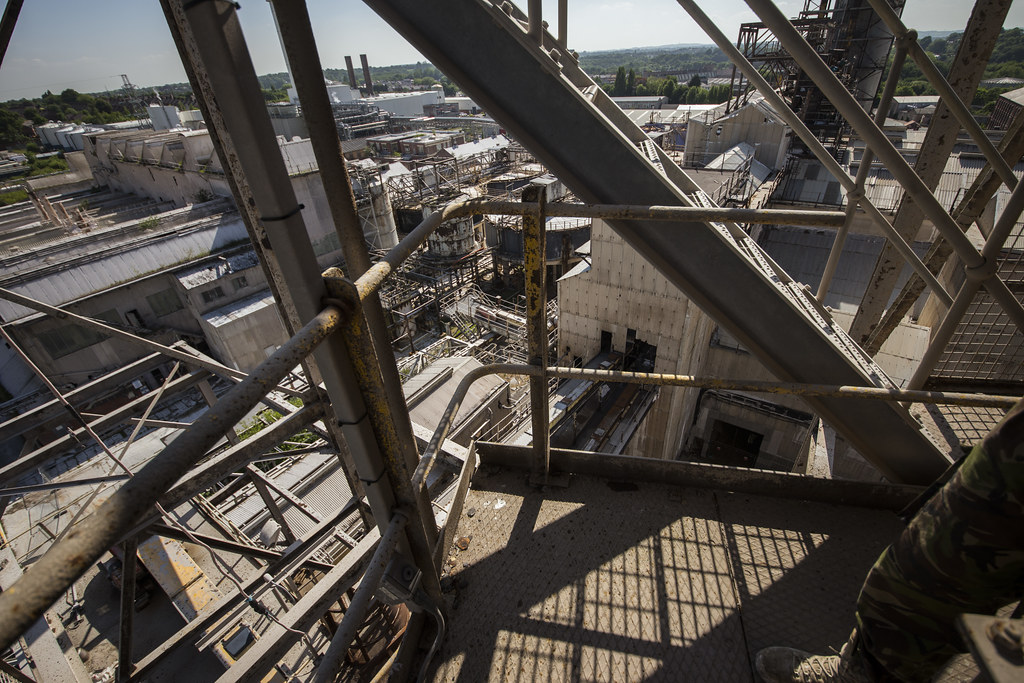 Looking out back across Cheshire, with Lostock Power Station clearly visible in the distance. 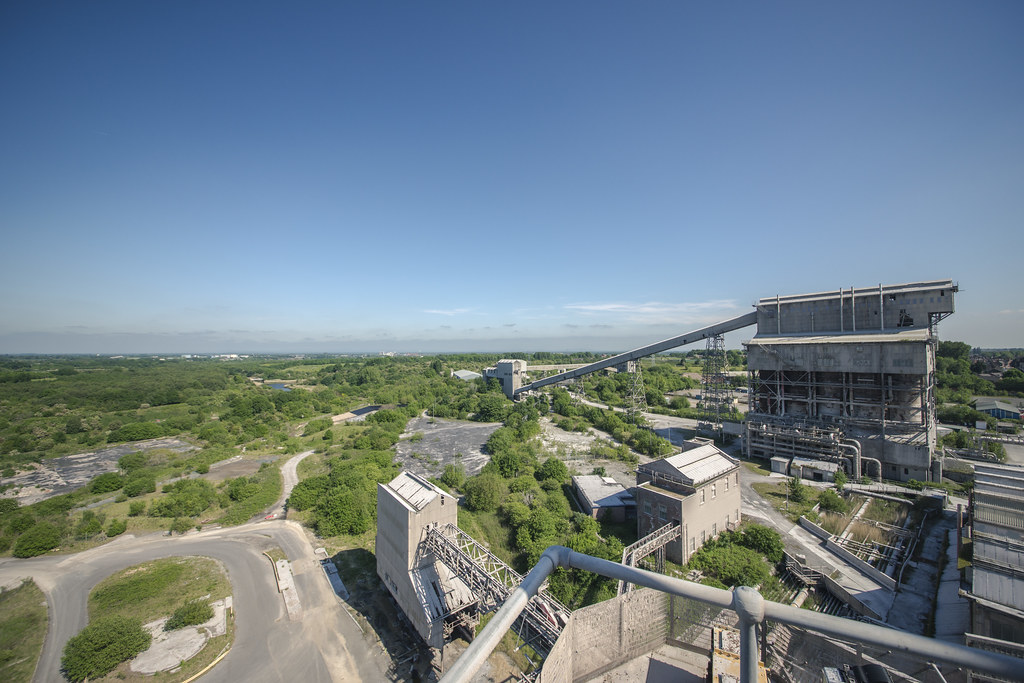 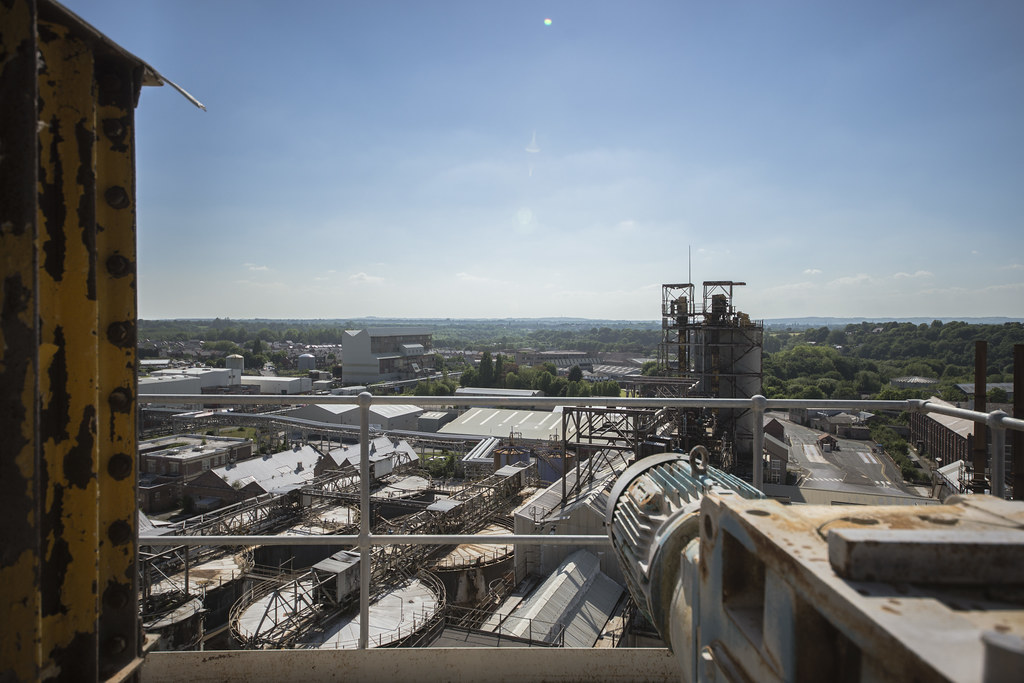 Basking in the sun and soaking up the atmosphere of our surroundings, we did spot a few workers walking round the site and a couple of cars moving in and out of the site as well as the odd lorry, but hardly any activity that can't be avoided. We also try to work out what security are up to. We see movement in the cabin, but little else. 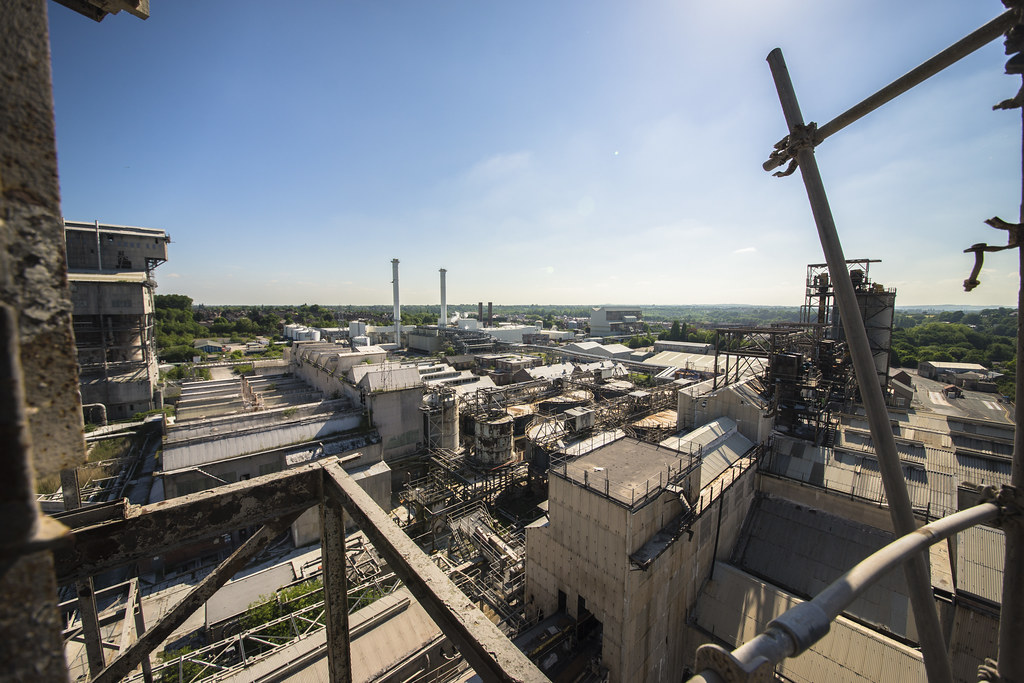 We got back into the turbine hall, a van pulls up below us and waits behind the heras. We hide and wait until he leaves, for fear of having been spotted. Soon enough it leaves and we spy it parked up at the gatehouse. We've gotten high, but not done the highest part.

It was time to do the cement kilns, the highest part of the site. Again, access wasn't a problem but god almighty it was a hell of an arduous walk, moreso given what we've already been through. 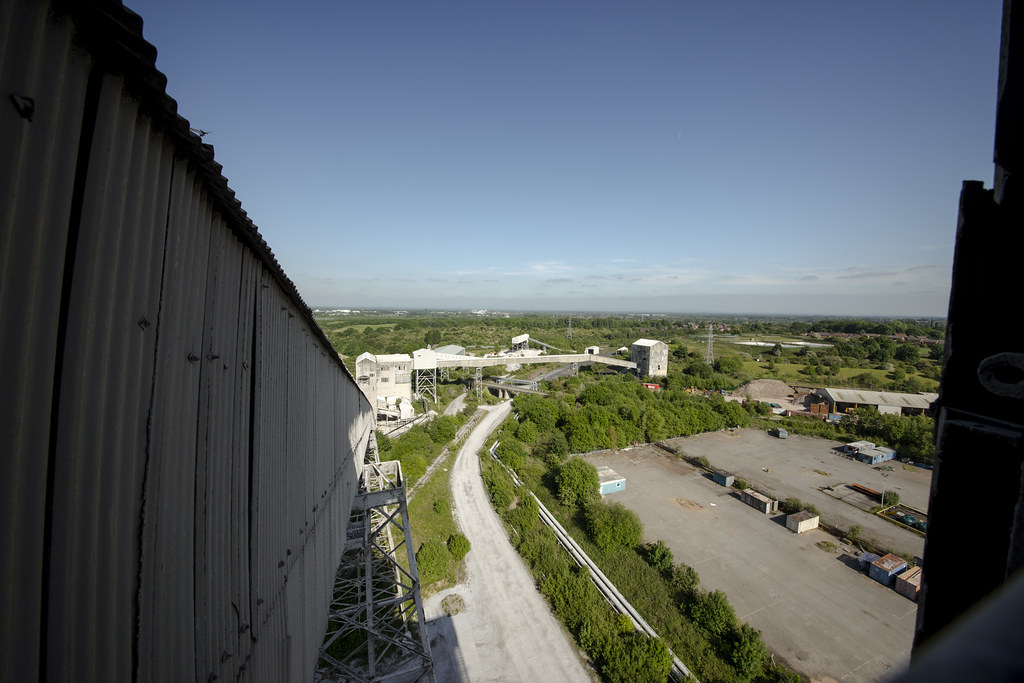 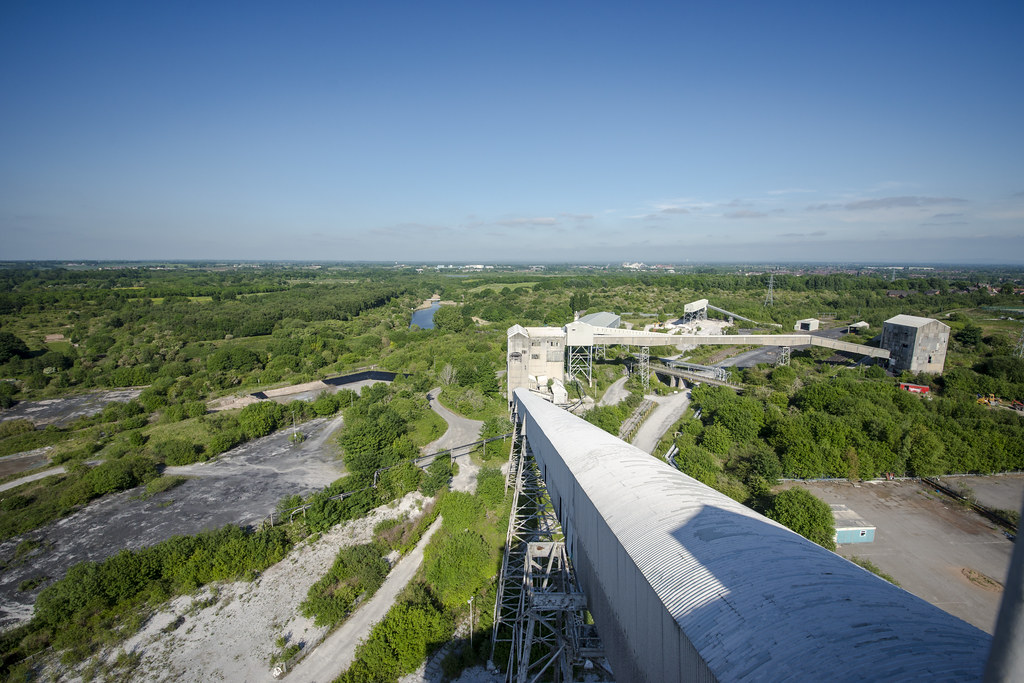 By this point we're both dehydrated and running low on energy, but with Slipdrix urging me on I finally reach the absolute highest point of the site. 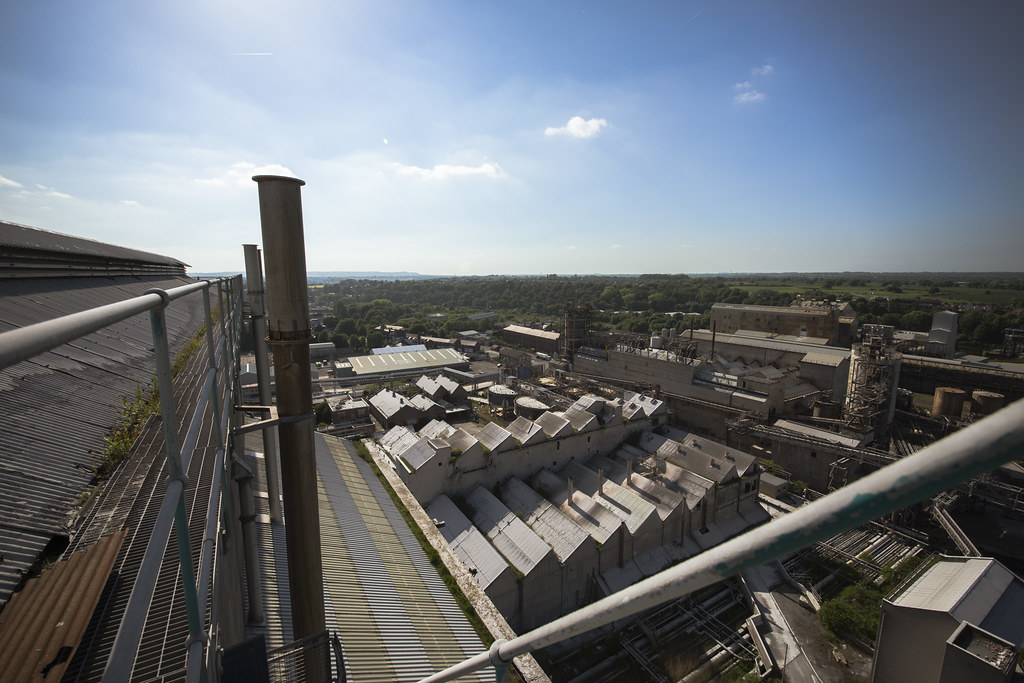 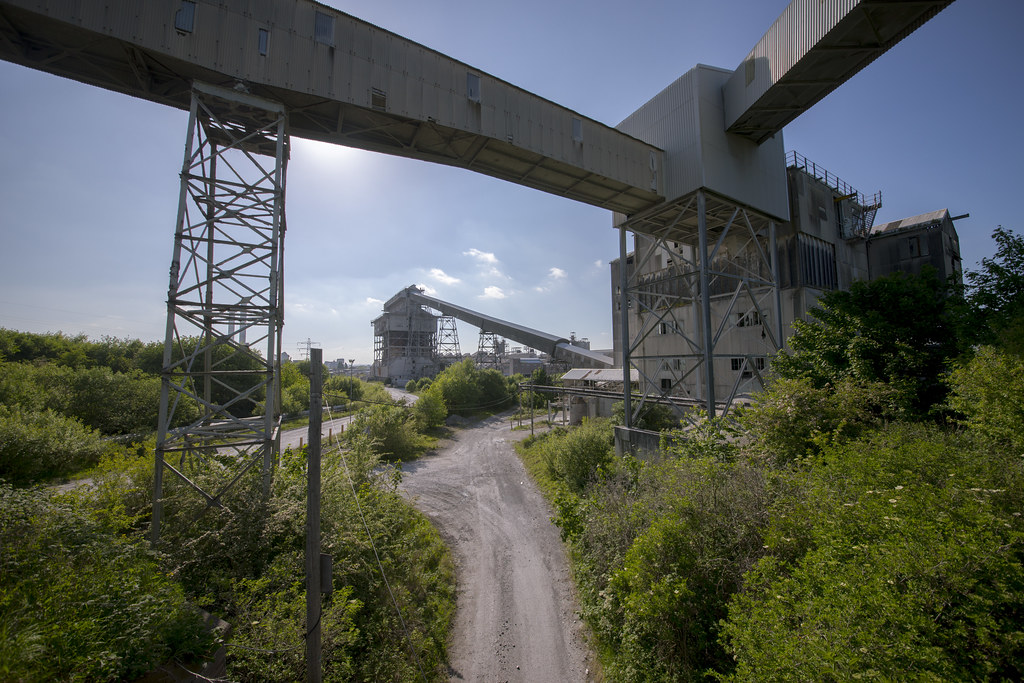 We missed the diamond that is the retro control room unfortunately. We did see the building it was in, but not knowing where it was at the time we ignored it to our regret. Maybe that's more of an incentive to return, and I probably will.

Cheers for reading, it's nice to be back.

Nice job there, good to see more people getting around the other side of the site across the road.

This is one site I should really go back to as I only did the bit over the river when I went there several years ago, but the other part looks so much nicer!

Dayyum that's sick bruv (to quote the insta kids). Really enjoyed this one, cheers for posting and welcome back

Nice! Gotta be careful here... I got arrested!