This was a completely accidental find, but definitely one that impressed. We had stopped in a little village for a few beers late in the afternoon, and spotted it in the distance. We went to investigate, and after an hour of wondering round outside - trying every window, door and balcony we were about to give up until we found a way in. It seems someone has been keeping an eye on it - security signs everywhere, PIRs inside etc.. and after about 30 seconds of being inside we heard a dreaded alarm. Not wanting to get on the wrong side of the Bulgarian plod we made a quick escape, and after hiding nearby for over half an hour no one had come to check it, and the alarms had stopped. By this point we were losing the light, so a quick browse on Airbnb we'd sorted a room for the night, with the intension to come back the following morning.​
​
The following morning come, and we were back - wise and prepared. Someone had been there since we'd left, as there were tyre tracks and a multitude of footprints outside. We made our way in, careful to avoid the sensors and shot all we could without triggering them. It seems this place has been abandoned since 2007, but with way the furniture has been left, fully furnished rooms and running electricity/lights, you'd have thought it closed yesterday! The time come when there was no other way - the ringing of the alarm filled the air as we grabbed the last few shots of this beautifully furnished hotel, before a mad dash back to the car and a rather long drive back to the airport!  ​
​
​ 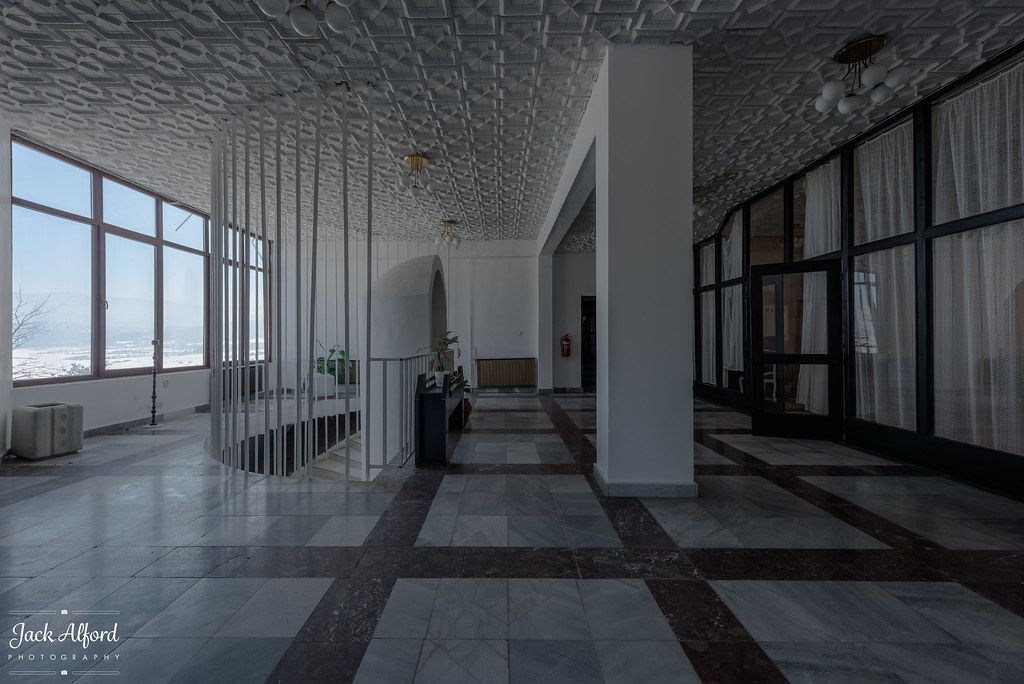 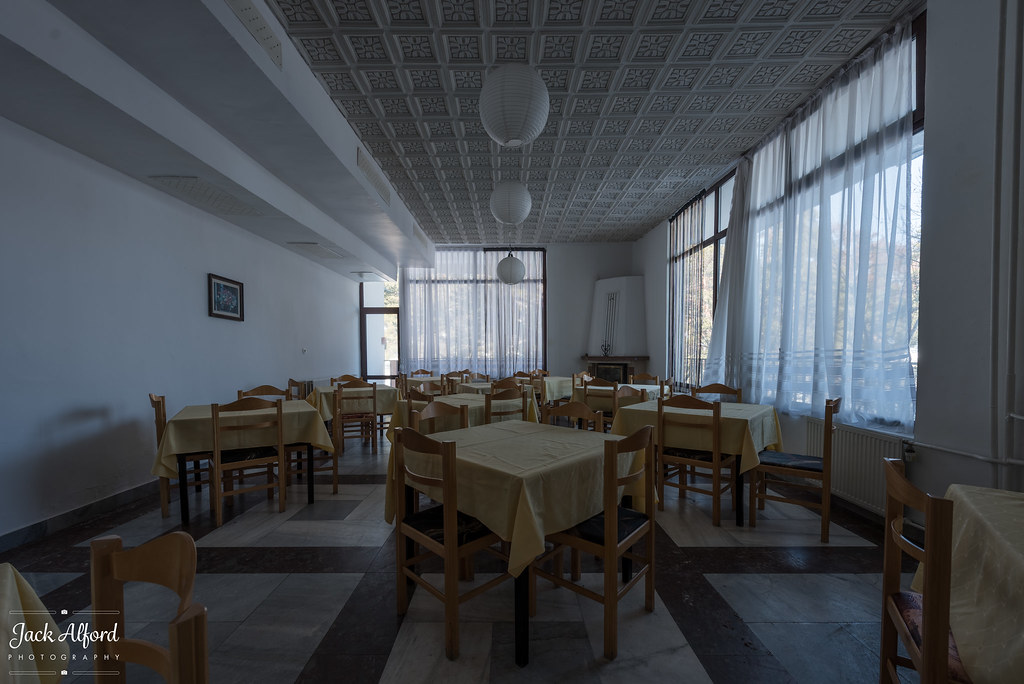 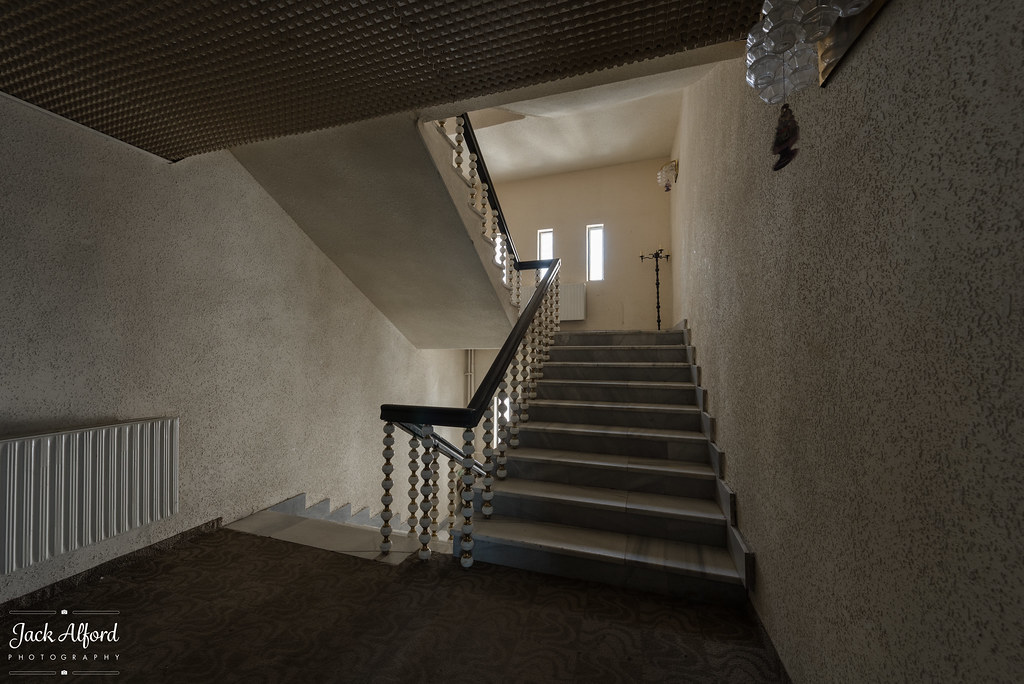 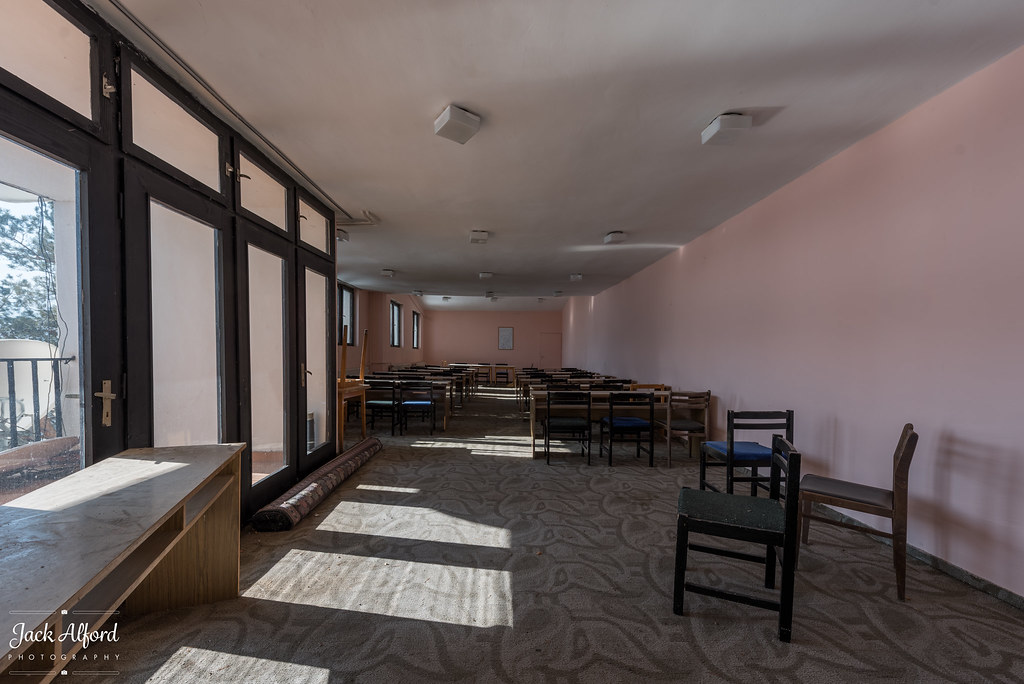 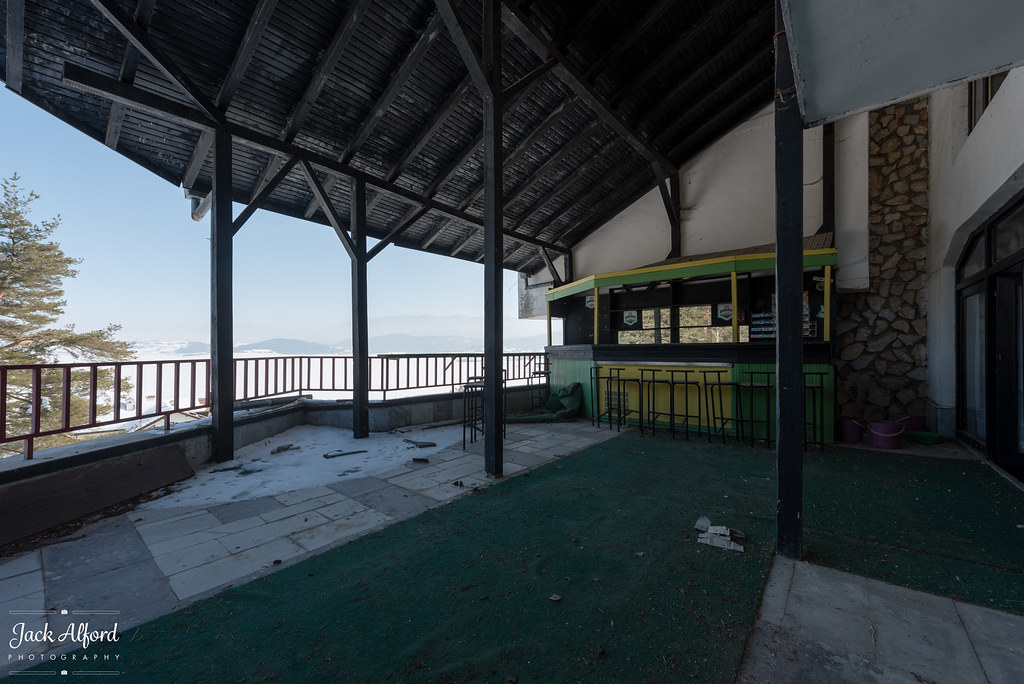 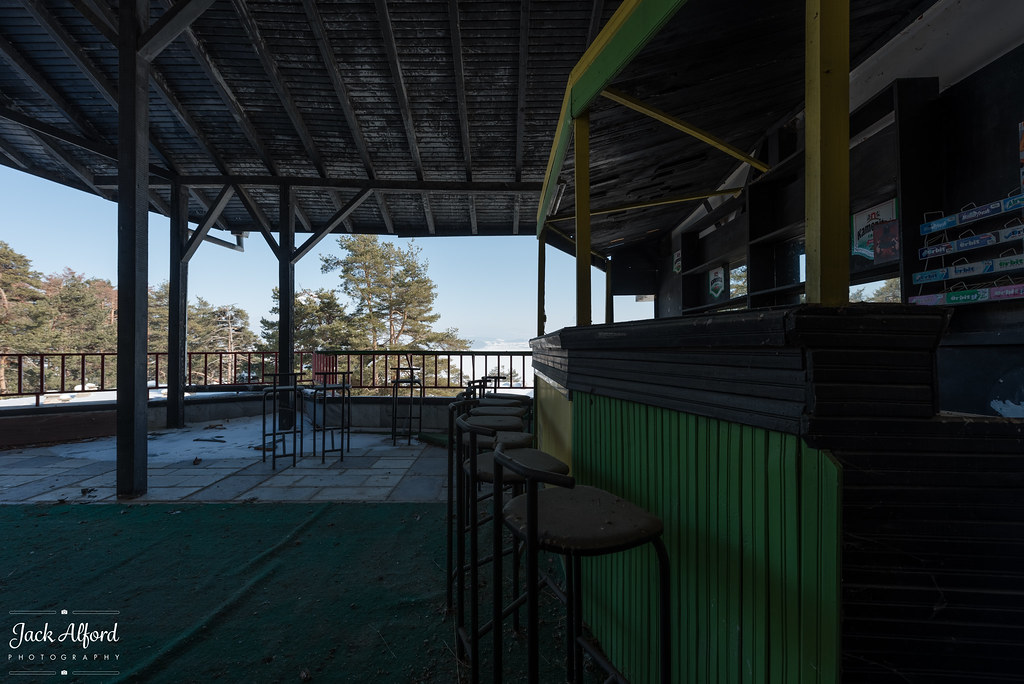 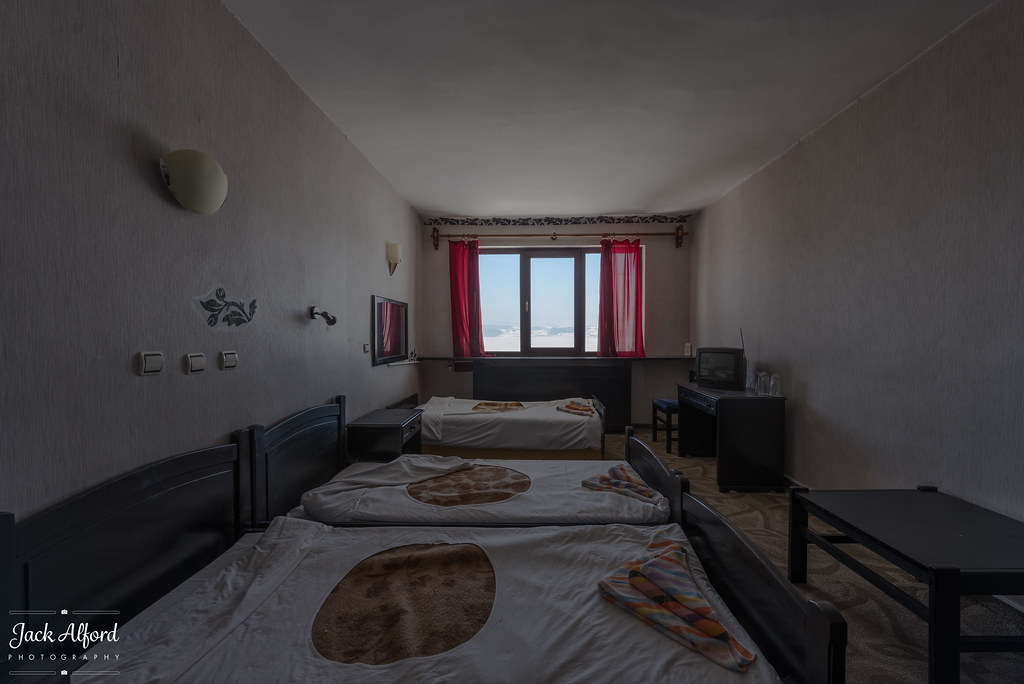 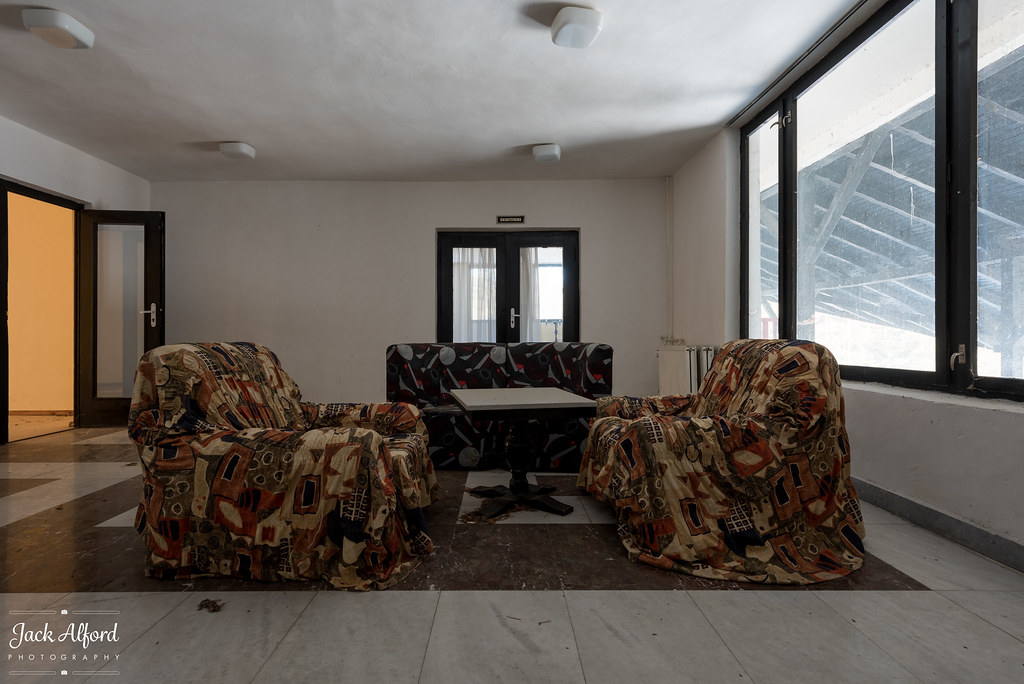 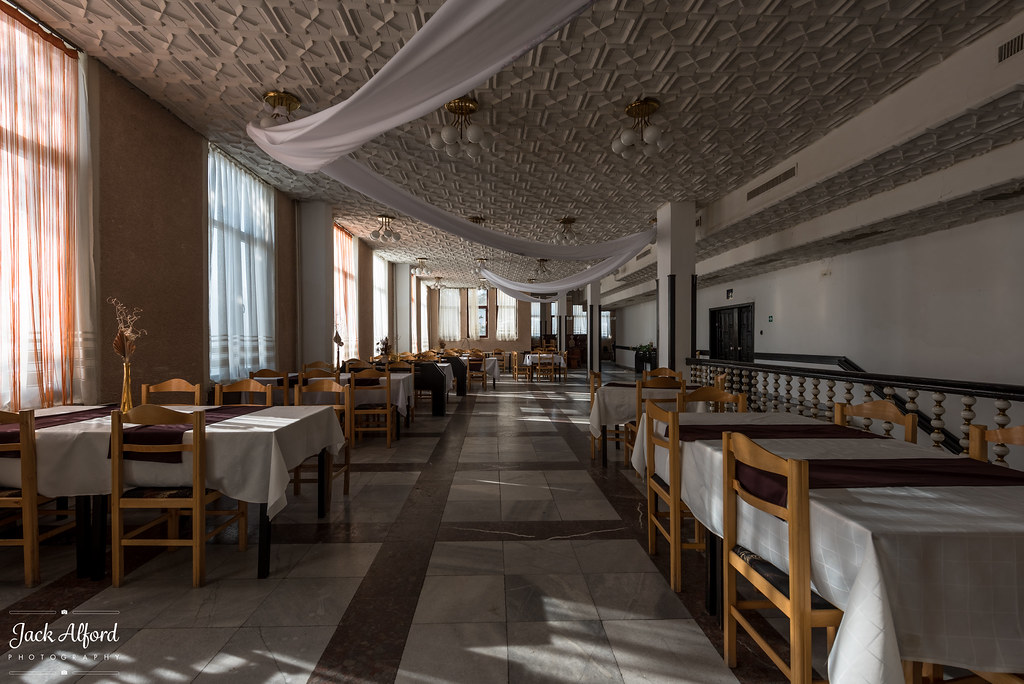 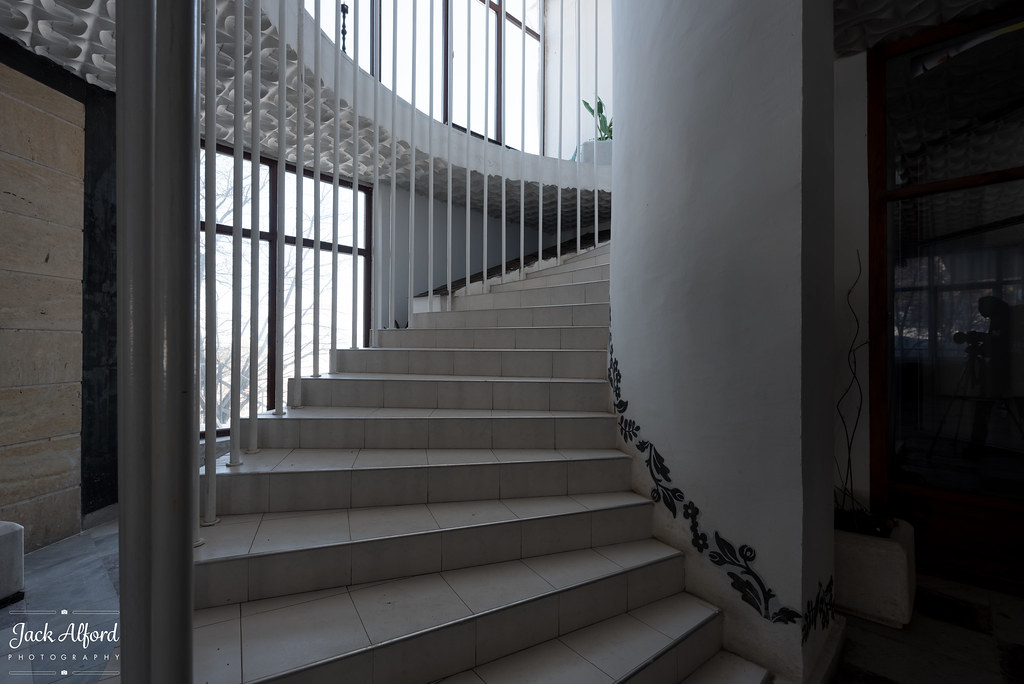 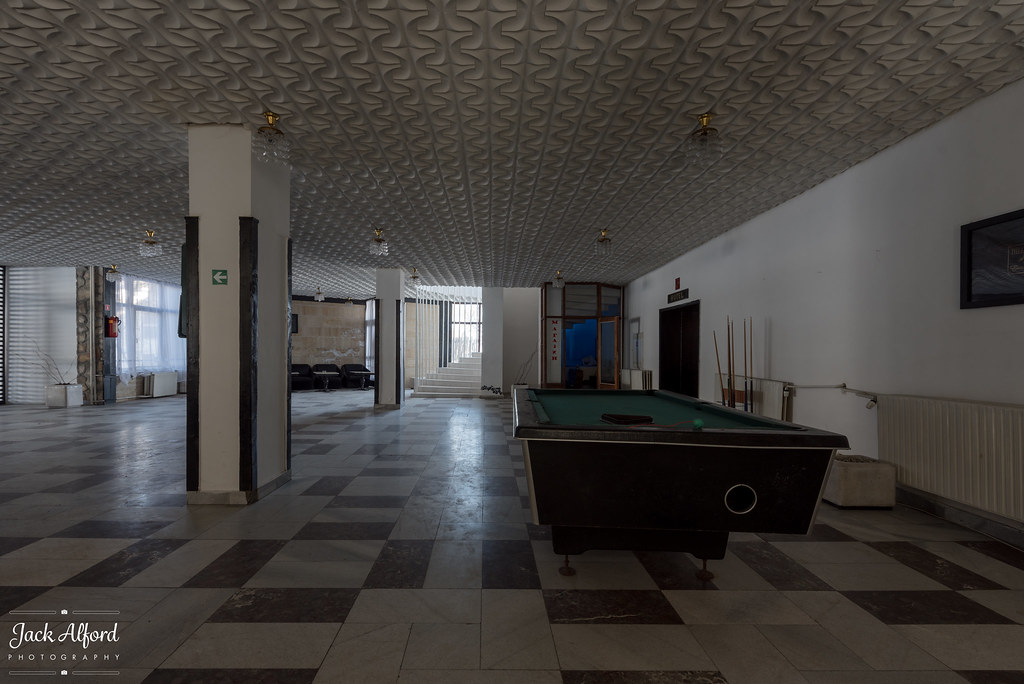 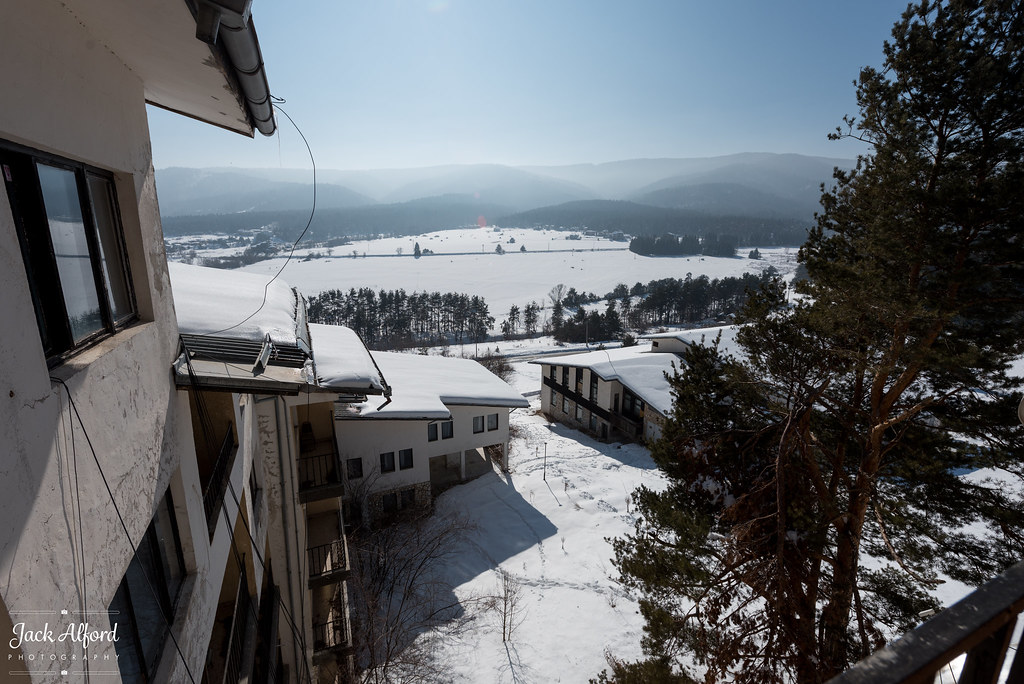 Those beds look good for a doss!