I was hoping this would be a lot better than it was...

Wasn't going to put up a report either but after a request and the realization that it hadn't been properly documented by anyone else to my knowledge, I changed my mind. Plus it may raise some more awareness for the place. It's trashed and derp. In better condition this would've been a lot nicer. Ah well, enjoy!

Ladywell Baths were erected in 1884 to the designs of Wilson &amp; Son and Thomas Aldwinkle, the latter a local architect who designed several bath houses of note. The builders were Hobbs of Croydon. The Ladywell Baths were built at a cost of Ã‚Â£9,000 on a site procured by the vicar of the adjacent St Mary's Church. At the time, a local paper commented on the juxtaposition of church and baths that 'cleanliness was next to Godliness'. The site was chosen as it is on the main road into Ladywell from Brockley, Catford, Lewisham and Hither Green.

Local vestries were first permitted to levy a rate for baths and washhouses under an Act of 1846. Largely concerned with the hygiene of the lower classes, however, the Act only permitted slipper baths, laundries and open-air pools until an amendment in 1878 encouraged the building of covered swimming baths. Few authorities adopted the Act before the 1890s, when baths began to flourish. Lewisham Vestry, however, was notably progressive and appointed seven Commissioners in 1882, whose aims was to obtain funds and land to build two swimming pools at Ladywell and Forest Hill. By 1900 public baths were not only being built in large numbers, but also with increasing elaboration.

On 25 April 1885, the baths were opened by Viscount Lewisham, MP, who remarked that aside from the Paddington Baths (which do not survive), 'there were no others in London of that size'. The Forest Hill baths were opened the following week. The ceremony was reported in the Kentish Mercury of 1 May 1885, which described the baths as 'quite an ornament to the neighbourhood, standing in striking contrast to the ancient church behind it'. The charges for use were 6d for the first class pool and 2d for the second class. On two days a week the pools were reserved for ladies bathing.

Ladywell Baths were erected in 1884 to the designs of Wilson &amp; Son and Thomas Aldwinkle, architects known for their municipal baths, and are one of the earliest surviving public baths in the capital, built shortly after the 1878 amendment to the Baths and Washhouses Act, when vestries could raise rates to build pools, for which it has special historic interest. The building also has special architectural interest for the imposing faÃƒÂ§ade to Ladywell Road, an attractive design in the muscular Gothic style, and the former first class pool interior. There are characterful details in the turret-like sections flanking the pool hall and the oriel window in the tower. The tower is distinctive, although the loss of the conical roof is regrettable. The building also has group value as a significant component of a complex of late C19 municipal buildings which are all of architectural quality. 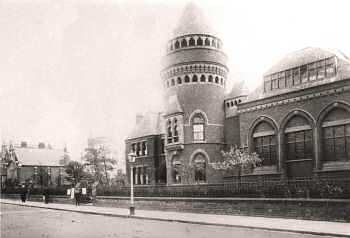 2010 saw the ladywell baths and playtower get 24 hour security and Ã‚Â£400,000 spent to keep it from deteriorating, this clearly didn't work. (https://maxink.wordpress.com/tag/playtower/)

Later on some work took place seeing the balcony practically ripped off the sides and some heras and work lights get thrown about inside to presumably stop people falling through the floor.

Graffitti riddles the building and sometime later in it's life a fire destroyed the back hall.

But presumably nothing has come of it, the building has been suggested for temporary housing whilst more is built in the area, but locals have had a few things to say about that claiming "temporary" is never temporary.

Until something happens, it'll sit and rot.

I had some spare time and had seen this in the past but forgot about it, MrWhite reminded me the other day and I thought why not? (Cheers by the way)

Not really worth the effort to be honest! Enjoy none the less. 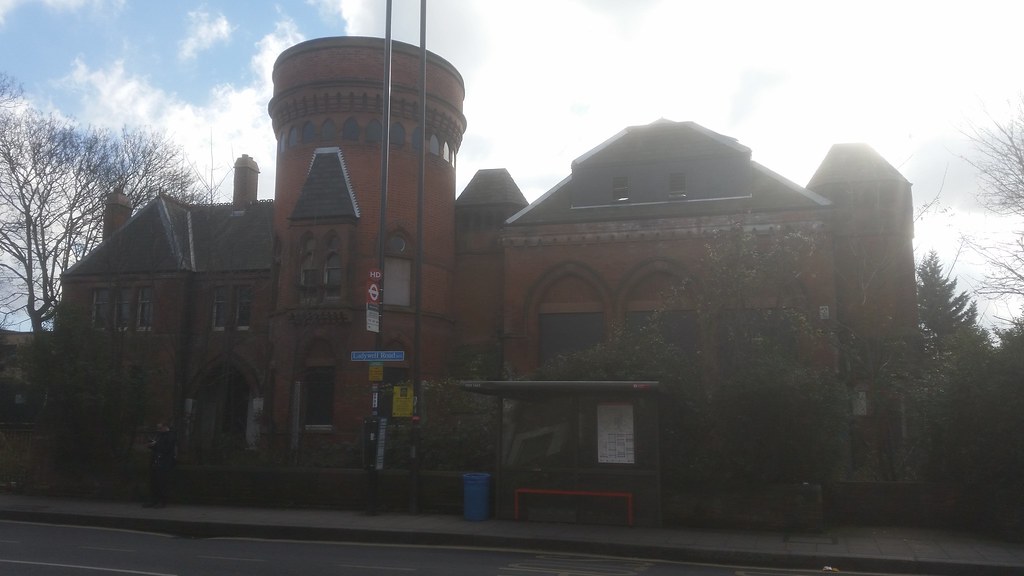 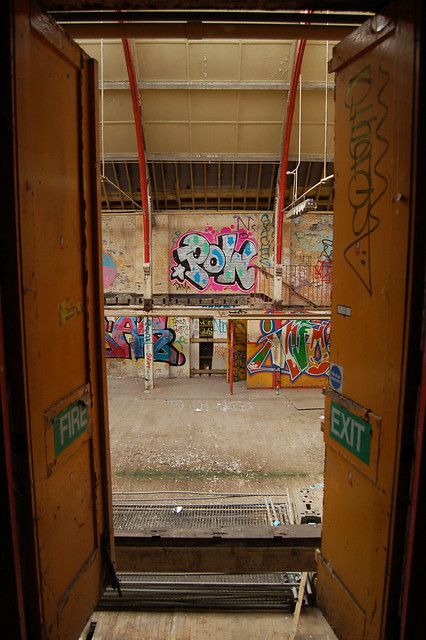 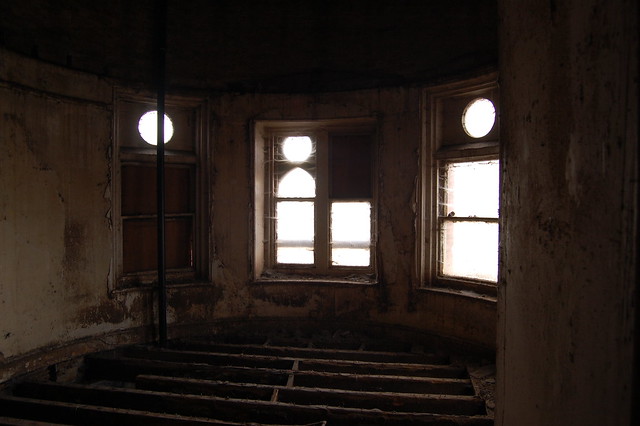 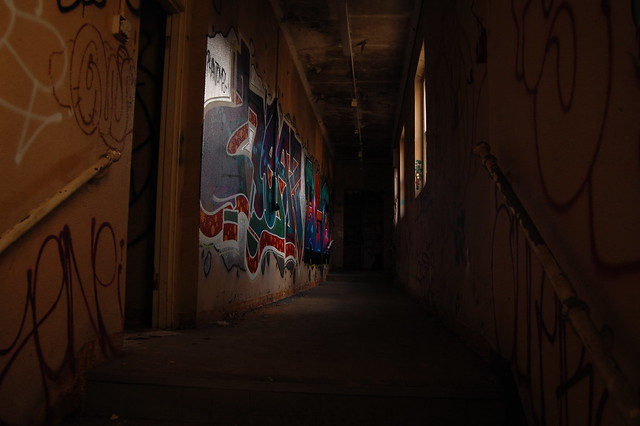 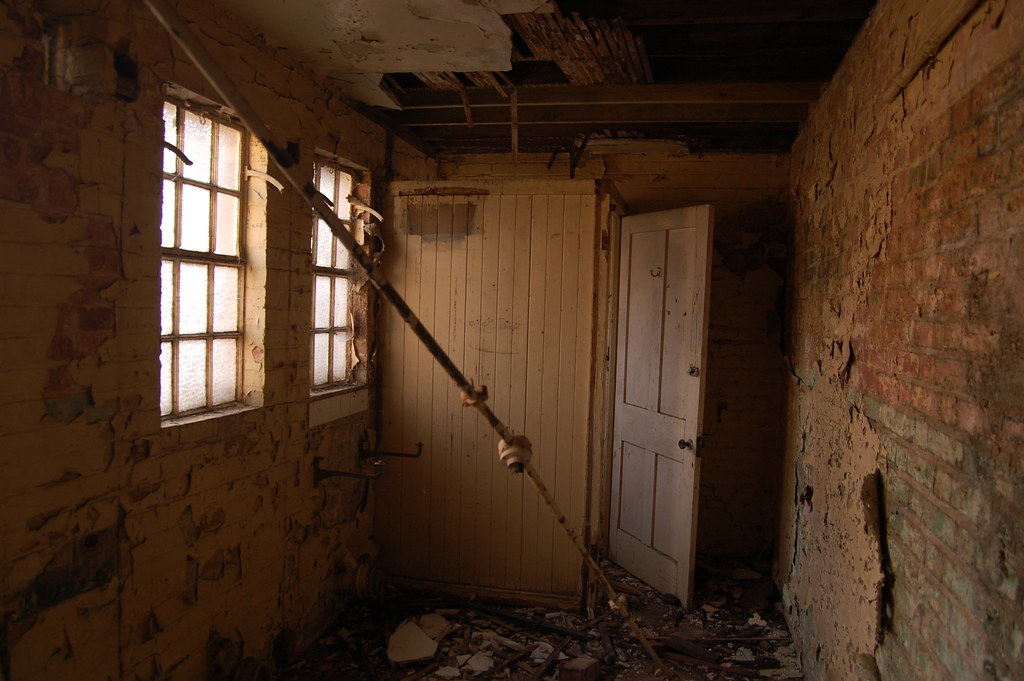 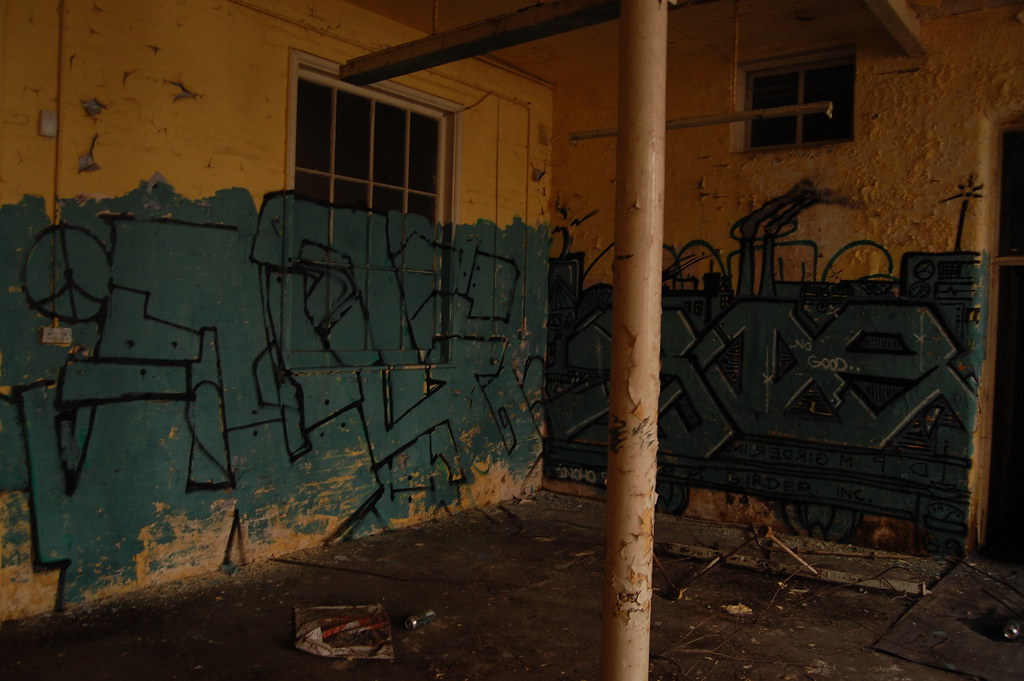 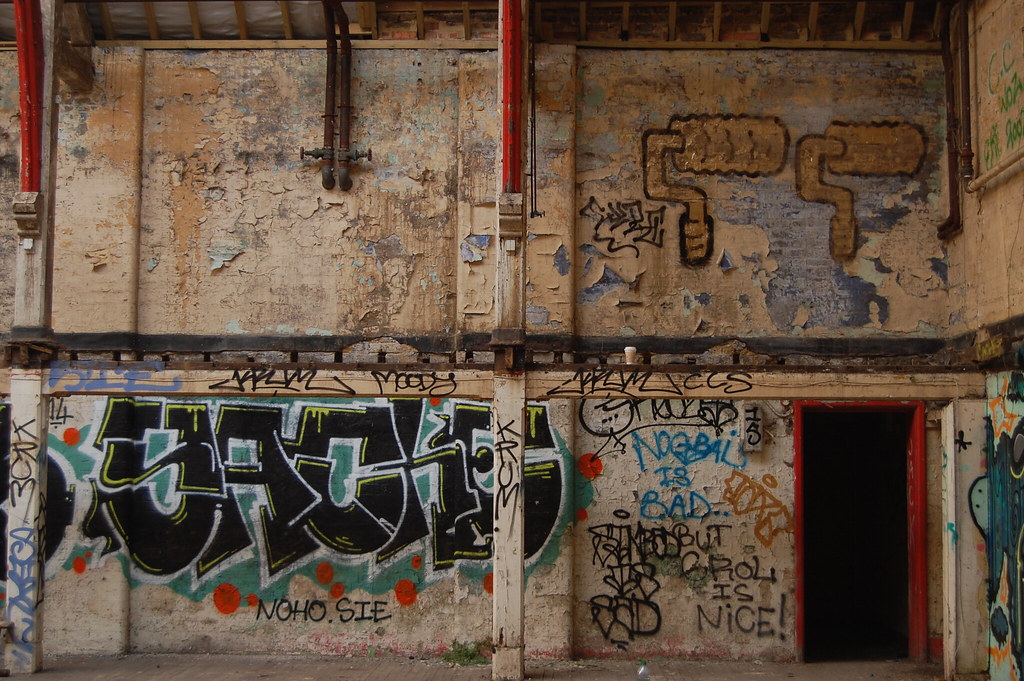 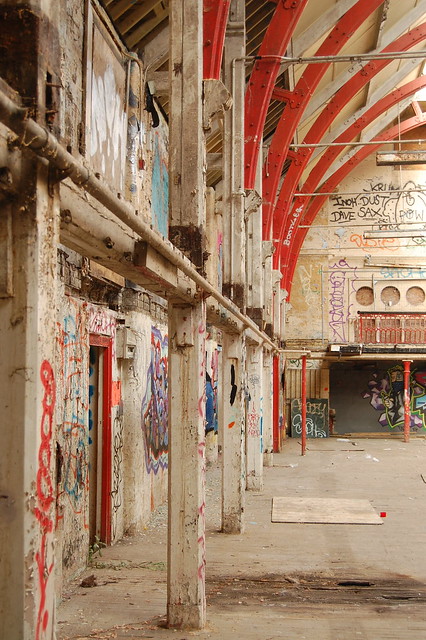 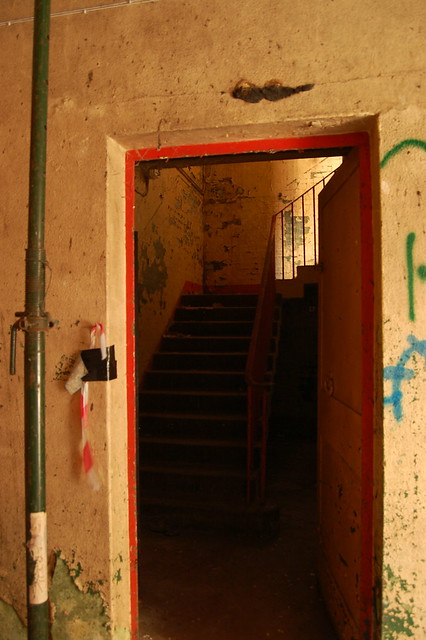 Not wrong when you say it's trashed, some not bad bits of graff if nothing else

Not wrong when you say it's trashed, some not bad bits of graff if nothing else
Click to expand...

There was some more bits and pieces I wouldn't of minded putting up, but it'd be a bit inappropriate

Loads of cool looking original features here mate, captured brilliantly as always Shame about the level of trashed-ness but good to see anyway
Click to expand...

Thanks for posting this as really good to see.

I wish Id gone back now Slay but simply forgot about the place.

I cant remember all that graff being there?

I thought they were going to turn it into a youth center or something ?

Looks like they want to run it into the ground

Well I think it was for a bit but that didn't last long, half of it is now ash and the rest Is painted or rotten! They spent Â£400k on security and securing the place but it clearly didn't do much.

I'm surprised so many people liked it haha!

I went to have a look last year but had to scarper due to a nosey neighbour watching me and making a phone call. Good to see the inside of the place even if it is an absolute hovel

400k on secca, jaysus! Did they employ stevie wonder lol

I went to have a look last year but had to scarper due to a nosey neighbour watching me and making a phone call. Good to see the inside of the place even if it is an absolute hovel
Click to expand...

Glad a few people enjoyed seeing it. I'm surprised it was attempted by so many people! Cheers TR

400k on secca, jaysus! Did they employ stevie wonder lol
Click to expand...

Gosh, thats got some graff going on now, nicely captured and thanks for sharing

I think your work here is fantastic and the photographs are very special. Its a bit like looking at an adult Ouse seen how up from small. When you look at the adult you can still visualise the child and that is the effect of those photographs on me. I can see the current state but how it was shines through somehow. Its a special place and formed a positive part of my son growing up. He loved being there and still views the building fondly as do I I think its sad Lewisham let the place go to wrack and ruin and didn't use the £400,000 to help start ups work from it or some community things happen there. Anything rather than tear its heart out leaving only its face in place. They've done the same to the church and hall on the corners of courthill road. sad as buildings can hold the heart of a community
would love to know where you got your information so I could have a look and go inside to take some photographs although really love yours and are more than I've found anywhere so they are much appreciated. Thank you for your work and care for the building and your community
Share:
Facebook Twitter Reddit Pinterest Tumblr WhatsApp Email Share Link