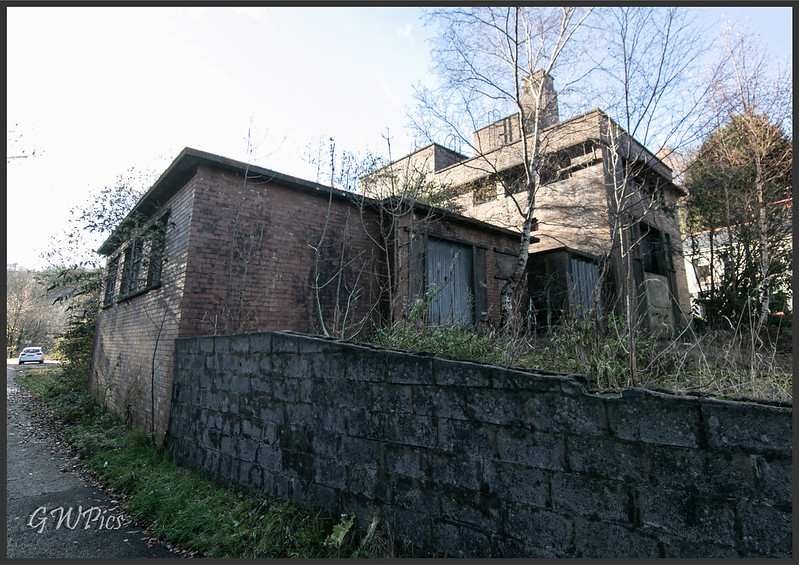 But in 1944 this building was welcomed with open arms by the majority of the community. These unassuming buildings, built at pitheads all over the UK, mostly between 1920s and 1950s, improved the health of mining families at a stroke.
Every day women had had back-breaking work, carrying bucket after bucket of cold water from the outside pump, or later the kitchen tap, to boil on an open coal fire, kept alight by carrying bucket after bucket of coal from the cwch on the backyard.This coal had already been carried bucket after bucket from the back lane or the road in front of the terraced house into the coal cwch. This heavy work resulted in premature births, and miscarriages ensuring the lifespan of women (around 40 years,) at this time was even shorter than that of their husbands risking life and limb down the pit. These pithead baths also reduced the number fo women and children receiving scalds and burns, whilst the boiling water was transferred from the hob to the tin bath. 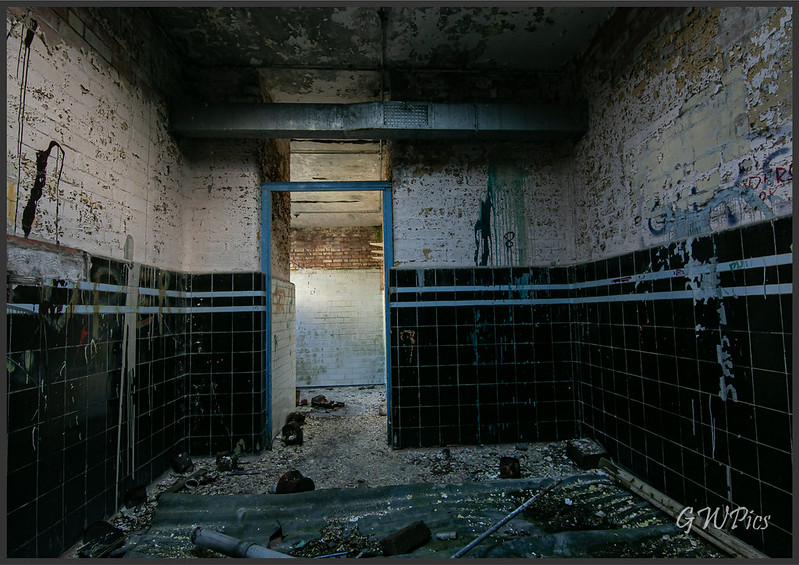 Prior to these baths, the men would walk from the Pit at Llanhilleth, Navigation in Crumlin, or even across the mountain from Abersychan, and arrive home dirty, dusty, sometimes wet or in winter, possibly with icicles on their clothes.Washing and drying such clothes without a washing machine was not an easy task. 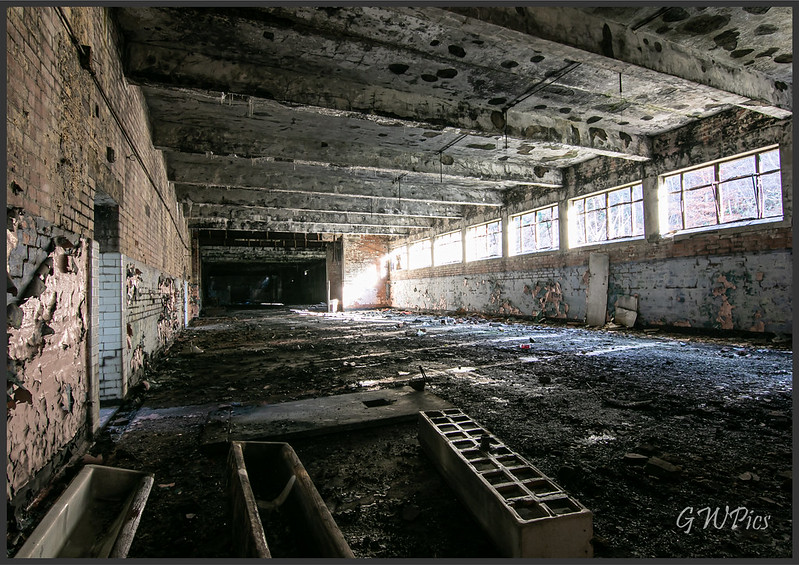 Towy Berrow was the superintendent of the new building and remained in position until all the miners had gone and the building was handed over to the Contractors in 1969. Scrupulously clean, he spent hours scrubbing and washing the white tiles, even when it was to close. “It was brand new and clean when I took it over and it will be as new as I can make it when I hand it back.” 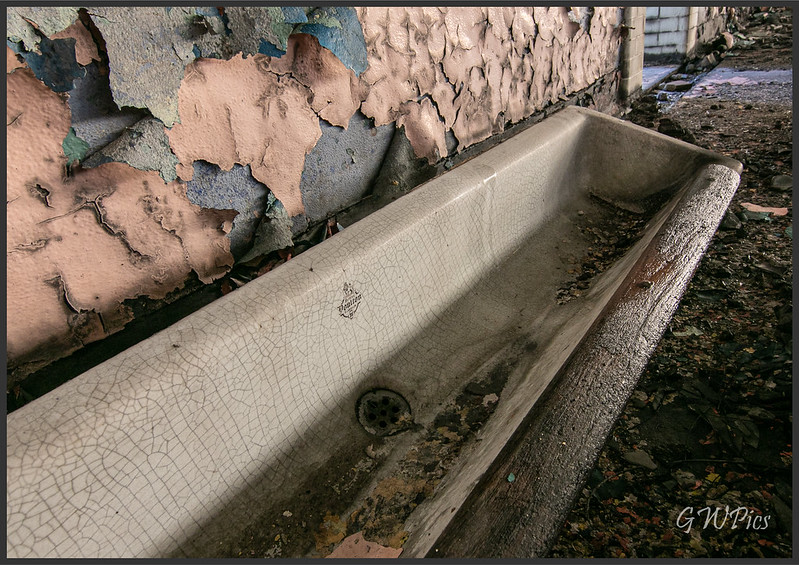 The Pit Head Baths closed in 1969 and has been used intermittently by other companies for light industry.
But residents have campaigned for years to get rid of the building, Blaenau Gwent council is consulting with residents on plans to bring the site back into use as housing. 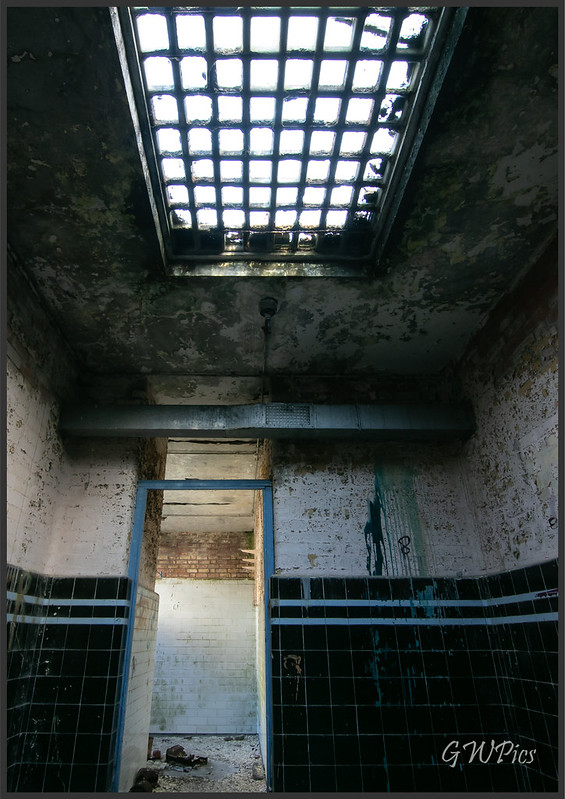 Did a solo explore round here last year, not much to see really but its quite an atmospheric place. 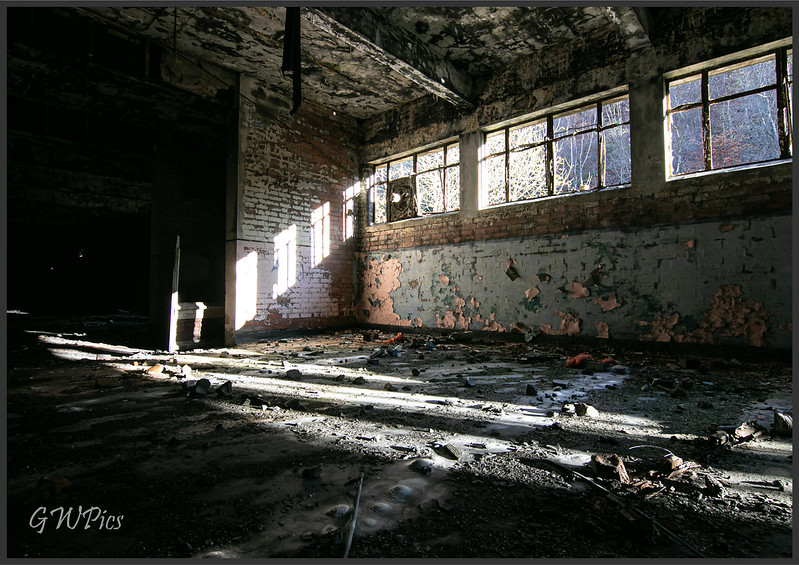 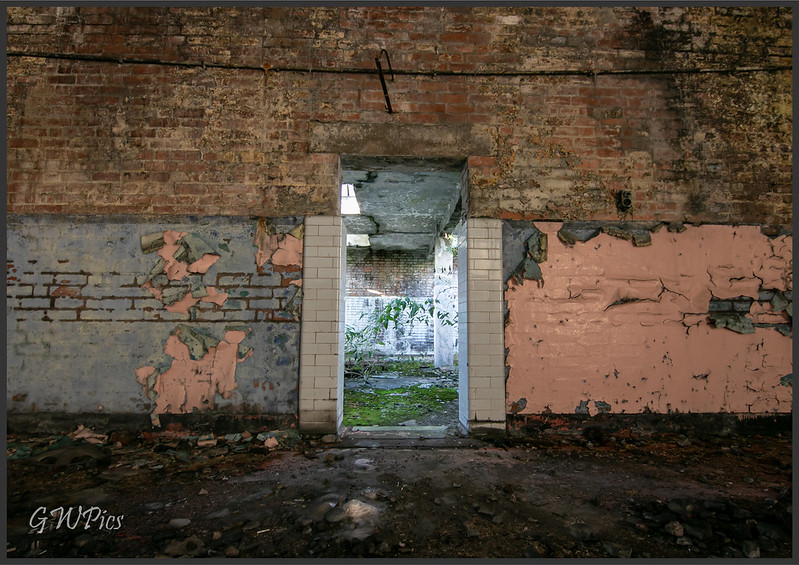 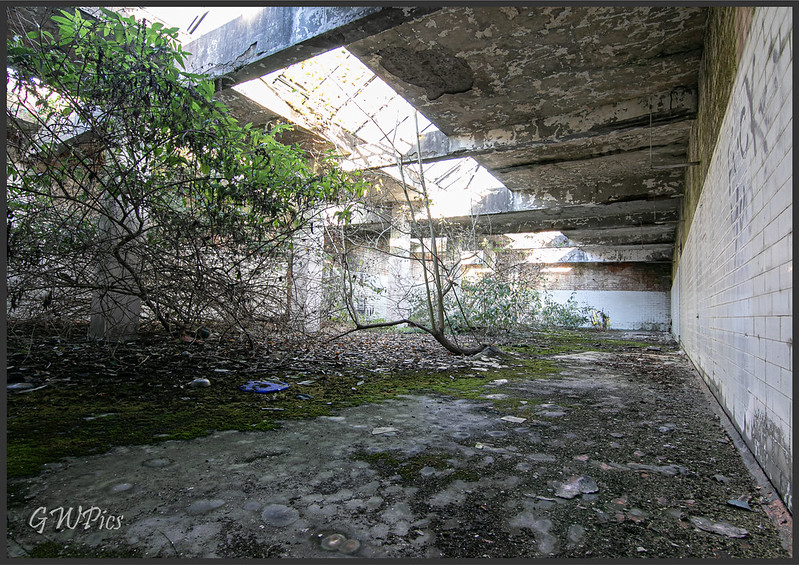 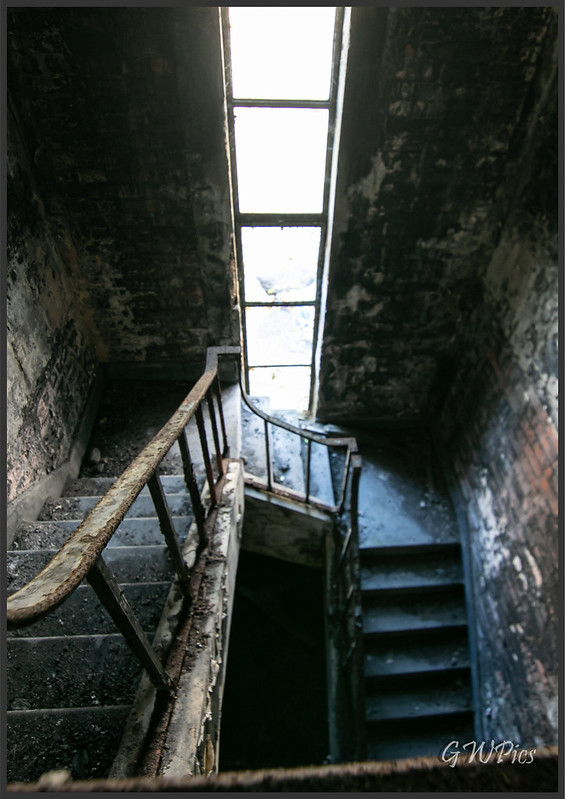 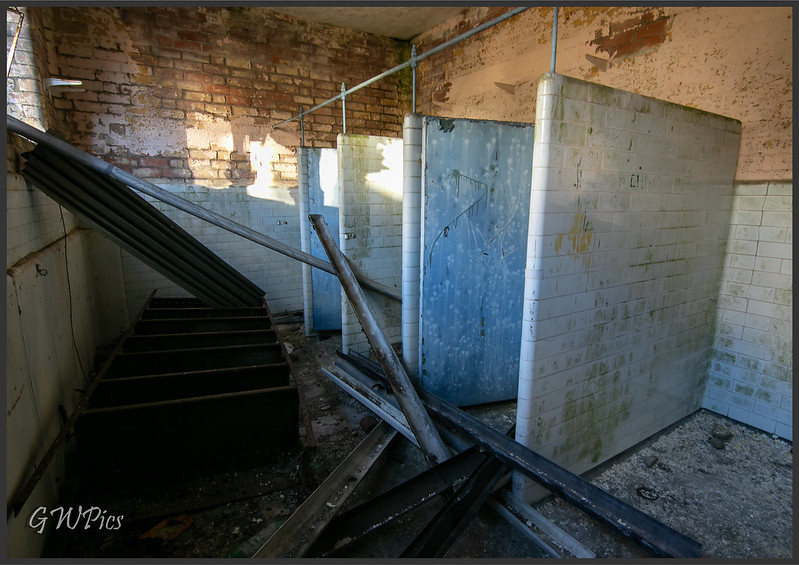 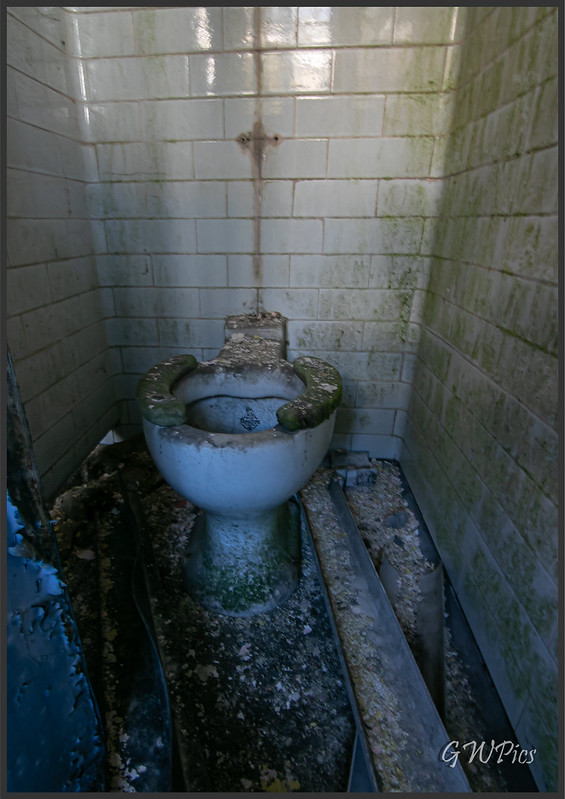 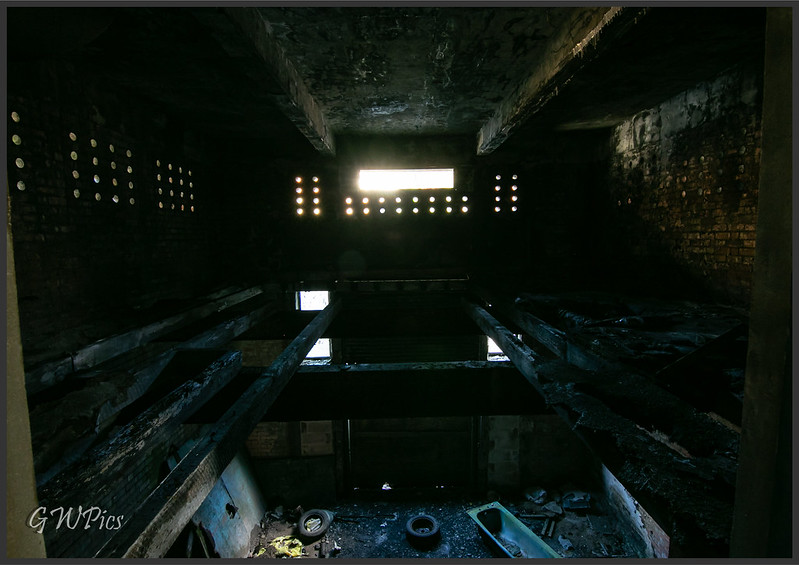 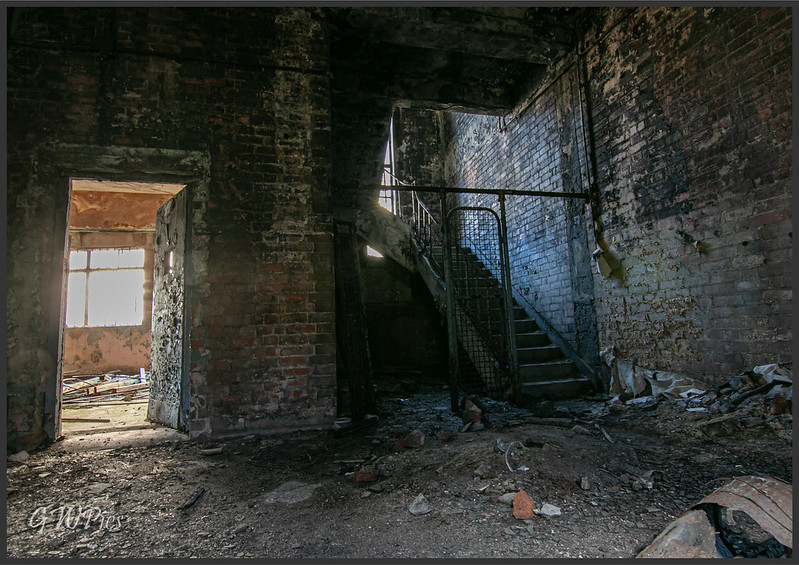 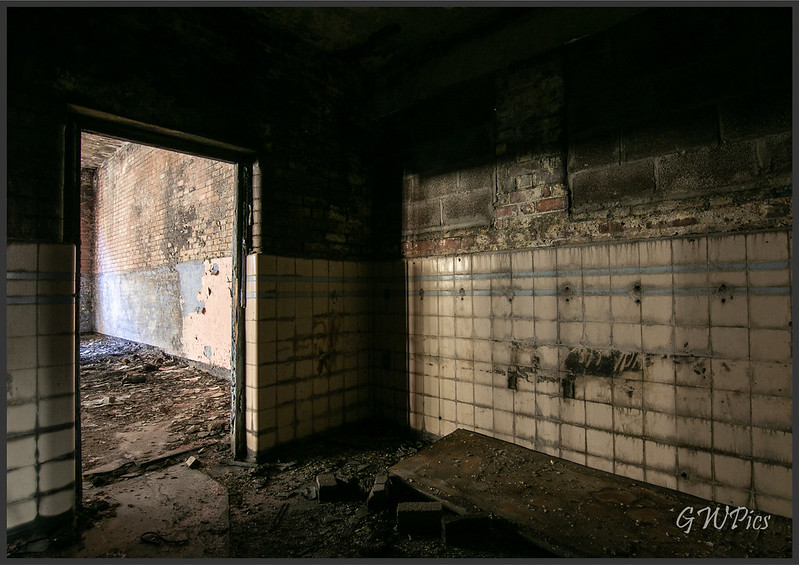 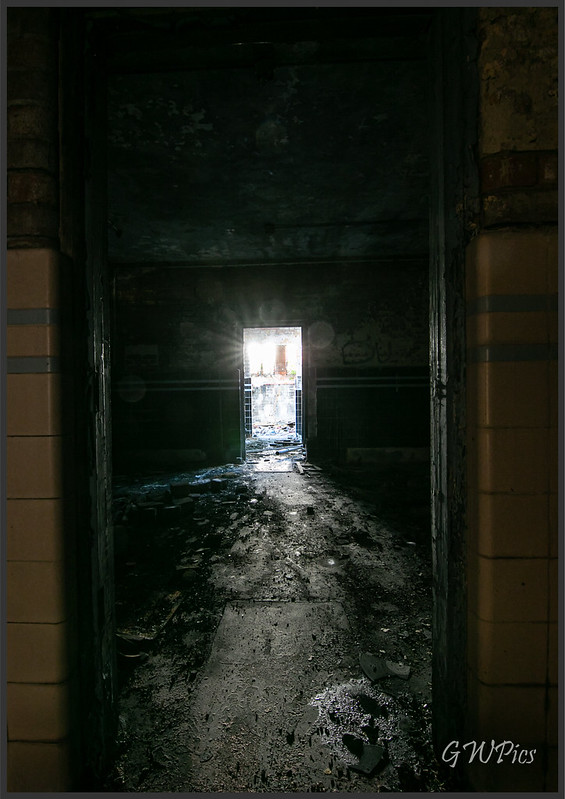