I was on my solo roadtrip through Poland seeking for and abandonned railyard in Częstochowa. While searching I encountered a German person living in the area who showed me the road towards the railyard. While walking towards this place I discovered how odd Częstochowa can be: right in the middle of some appartment complexes there was a huge satellite dish visible. It was standing in a  sculpture garden behind a building that seemed like a dance club. The local walking along with me told me that the owner of the dish was loaded and bought the dish for a few million just in order to send club music right into space. Rumour has it he actually did recieve some vague contact in the form of some hz, but this is not confirmed.

Anyway, while arriving at the railyard I saw men working at the location. This 'abandonned' (Google) railyard was not abandonned at all! Great, there went my excitement.

Fortunatly the local knew about some jewish graveyard which he stated "you should definitly visit". And so I did. I went there and it was exactly as how I hoped it would be: open graves and the worse maintainence ever performed. It was like a movie. I knew I had to be back here by night.

So I had to pass time 'till midnight in Częstochowa. While cruising around the city I got chased by a Fiat Panda. While I thought some guys just wanted to fight me, it appeared they were undercover policemen chasing me on suspision of drugs. Two huge blokes coming out of that Fiat Panda (80% of traffic is faster than a Panda??) and my car got searched. First Dutchman without drugs, so I moved on.

I went back, the long road through industry and a bit of forresty roads. While I was walking the graveyard I knew my mind would play tricks on me. Flashing the light around I heared animals running away.. But then I heared some big footsteps coming from a dense bush. I tried everything to find out what it was except entering that bush, since I was alone and unweaponized. Up 'till now I do not know what it was. At a gasstation someone told me it might have been a bear, can anybody confirm the possibility of this? Otherwise I may need to go back just to end the frustration of the unknown.

I was hoping to upload the video related to this, but I can only upload photos. There are not so many of them but I hope you enjoy them.

PS I do have some more photos if interested, but it might mess up the length of this topic. 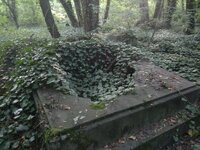 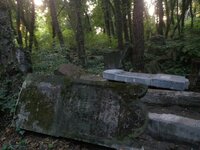 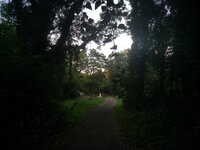 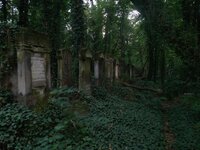 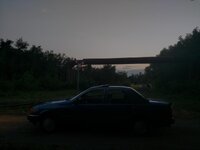 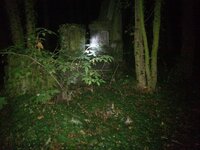 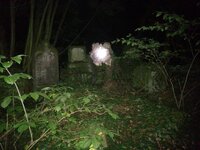 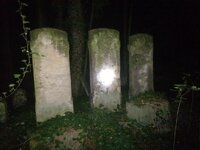 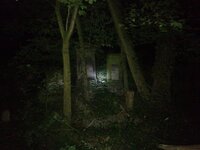 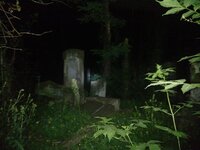 Wicked Sunday said:
Two huge blokes coming out of that Fiat Panda (80% of traffic is faster than a Panda??) and my car got searched. First Dutchman without drugs, so I moved on.
Click to expand...

Hahaha wtf man. Do you have a Dutch license plate??

Cool find anyway, thanks for sharing

The_Raw said:
Hahaha wtf man. Do you have a Dutch license plate??
Click to expand...

Well I am Dutch, it's my own car and I used it for the roadtrip.

And thanks as well ?