Well well well, hasn't it been a rather drama filled week in the exploring world, who needs eastenders when you have weeks like this - we got Elwyn whingeing about his missing teeth, fingers getting severed at sevs and then today we've been graced with the despicable antics of some photo stealing, soul selling, silly little egotistical sausage trying to get famous in the papers in order to feed his twisted and distorted self perpetuating ego.

There's no comfort or solace to be found in the cold soulless embrace of the mainstream media ya donkey brained, dicknosed douche bag! I mean there's shooting yourself in the foot and then there's swan diving on your own landmine,

this chap appears to have achieved the latter - go eat a bag of dicks mate. (squeeze my french)

So i was thinking why don't we all simmer down and read a nice old fashioned report/load of old waffle from myself about a little medical school down in smoggy london, namely block 9 of the st thomas medical college..

Been meaning to get down here since i heard about it back in feb but living 2 and a bit hours away just havent made time for it, happened that we were in the area so we gave it a bash. Must admit we hardly orchestrated the stealthiest of access action plans, middle of the day on a weekend in central london is never going to be the ideal time to be trying to getting in somewhere you shouldn't be trying to get into! Unfortunately when we first rocked up there was a lot of builders about unloading a wagon so we decided to pop to a cafe up the way and wait for the builders to take lunch. Upon leaving the till of said cafe i was hit with a sudden wave of dry heaving, sweating and dizziness, i was sure it couldn't be the previous nights hangover... then it hit me like a smoked kipper to the face, the cold hard reality of the fact that i had just coughed up over Â£15 for two coffees, a chocolate brownie and a slice of carrot cake... Fifteen fucking pounds (squeeze my french), jesus christ at least dick turpin wore a mask when he robbed ya! Wasnt even sure we'd be able to afford to go to st thomas' after that little financial blow! Anyway yeah, got robbed, felt sick, drank coffee, waited, went back, great success, we're in, mooch about, take photos.

We had a wonder around downstairs for a good while, as you do you know, that exploring thing we are all rather fond of, nice decay downstairs, plenty of peely paint to be had and of course the animal organ samples, now don't tell me im not the only one who hasn't thought about having those rats livers away and knocking up a nice rat liver and bacon pate?! plenty of garlic, nice bit of thyme in there, bloody lovely, fat slice of crusty french stick and a bit of marks n sparks caramelised red onion chutney, dont mind if i do! surprisingly enough after the downstairs, the natural progression of the explore then had us making our way upstairs and around the other floors, crazy right?! on one of the staircases i walked up i was greeted by a plugged in ipady tablet type doobry ma thingy showing 4 cctv cameras and a walky talky sat next to it-back down the stairs we go i think! After that we decided we had seen a fair old bit of the main building and wanted to take a look up the tower so set about trying to get up there, could we find a way up? Could we heck, sure there must have been an easier way right under our noses but we couldn't find it for toffee, we ended up squeezing through some barred windows, which definitely almost cost me a nipple i might add! If i ha my nipple pierced it definitely would have gone, also if i had my nipple pierced id be having a very stern word with myself. Once on the roof the tower was fair game so we wasted no time getting up there to pop a cider and take in the view and what a cracking view it is aswell, you must be able to see every lying scumbag in westminster from up there! jokes aside it was a lovely little spot to sit and enjoy a warm cider on a cold day and watch the world go by, very much of an enjoyableness. After that we headed down and out, grinning and laughing as we once again joined the masses of tourists tripping over each other to take the same pictures of big ben, bouncing along the river with that buzz of getting away with a nice interesting little explore in a cool ass location.

bit of history shamelessly coffee and basted from mr slayaa, thanks dude!

The building was part of St Thomas' Hospital which was established in 1173. According to historical records St Thomas's Hospital Medical School was founded in about 1550. It was admitted as a school of the University of London in 1900 but remained a constituent part of St Thomas' Hospital until 1948 when it formally became part of the university. In 1982 it merged with the medical school at Guy's Hospital to form the United Medical and Dental Schools of Guy's and St Thomas' Hospitals. In turn UMDS was absorbed by King's College London School of Medicine and Dentistry, but the dentists have since been split out into The Dental Institute.

Unlike the hospital which in recent times dropped the possessive "s", the medical school continued with the original spelling.

The building is described as:

Circa 1870 by Henry Currey. Italianate two-storey building with later raised

band,window dressings and balustraded parapet. Round headed windows in moulded

within larger round arch with light in spandrel. Tower of one tall stage with 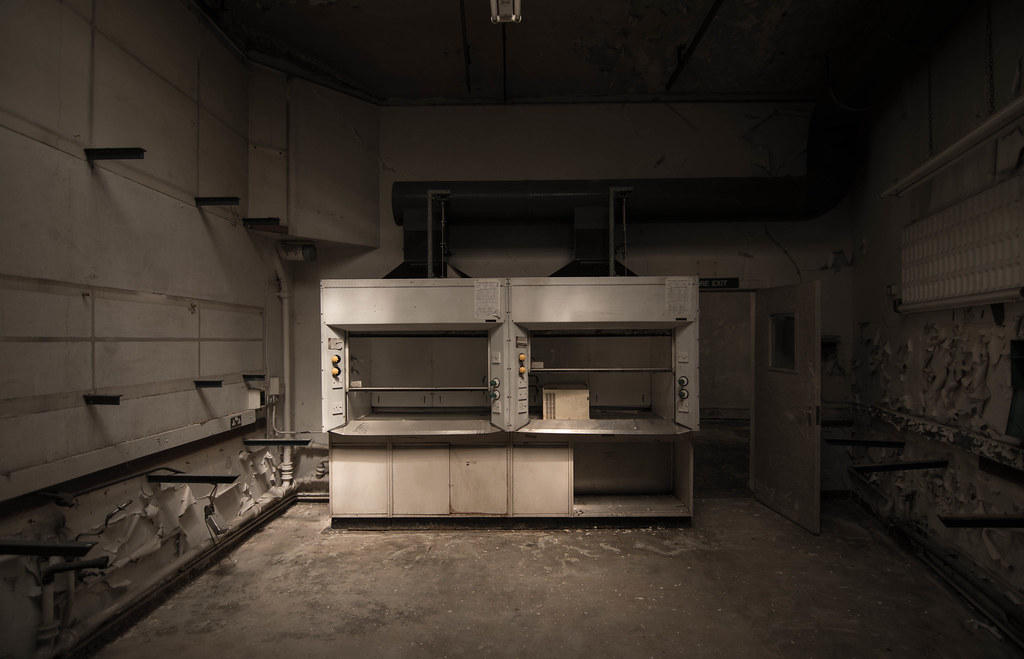 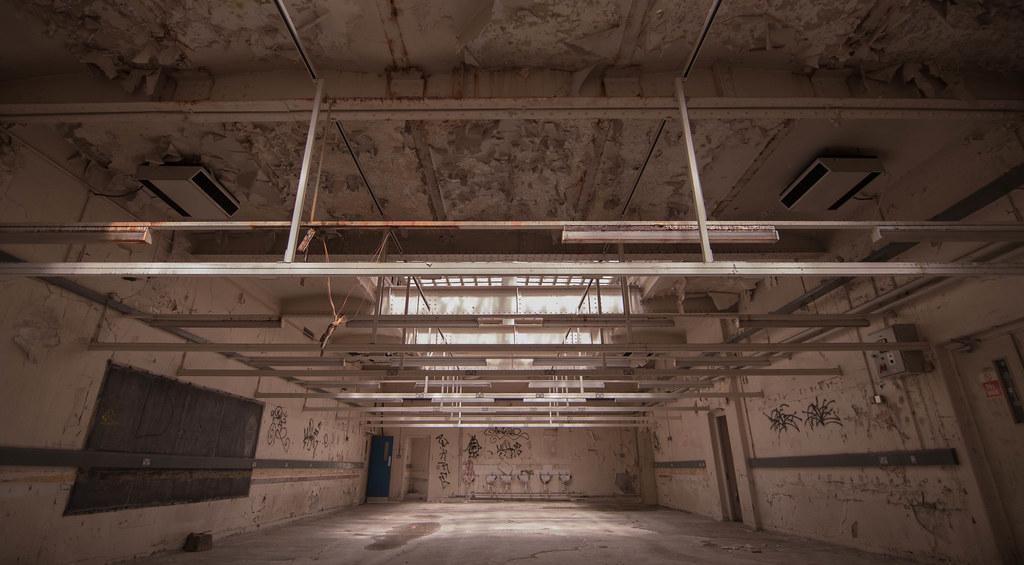 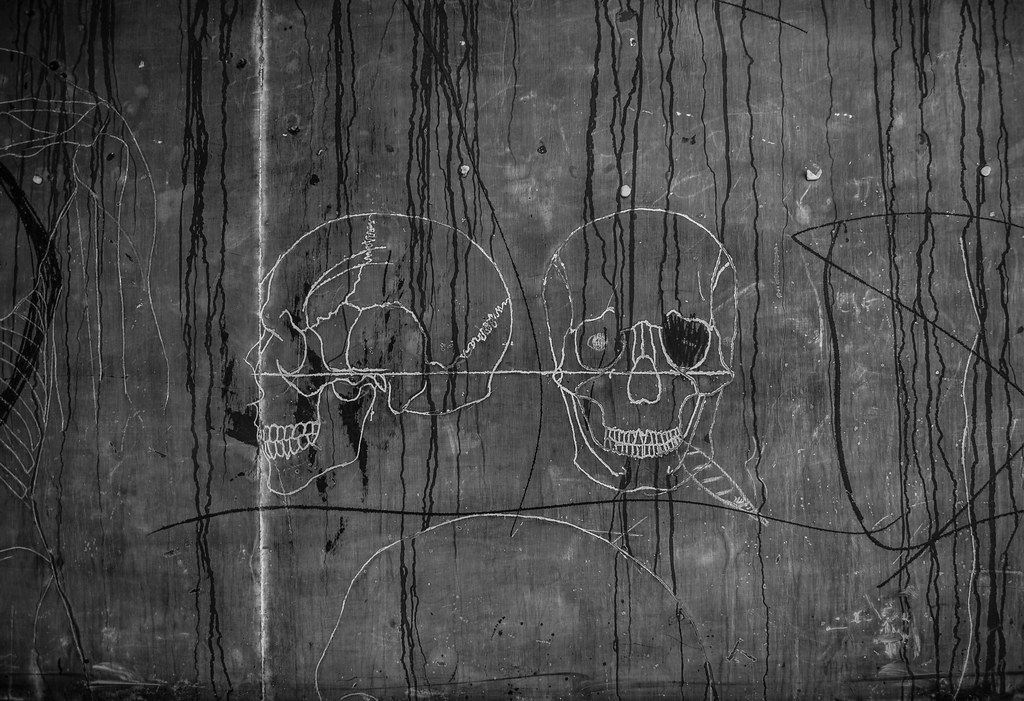 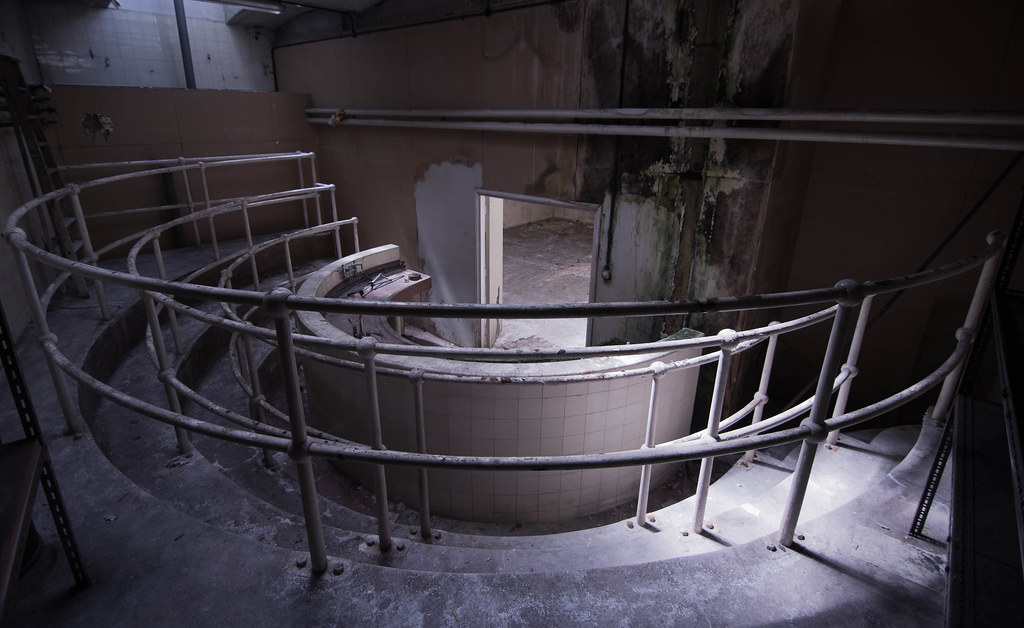 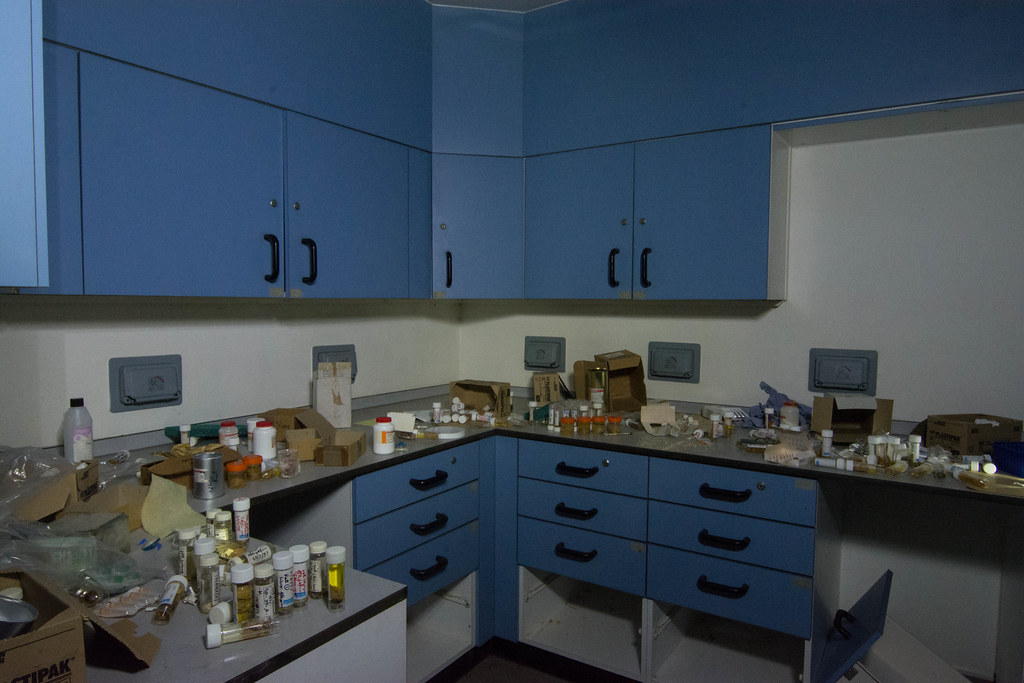 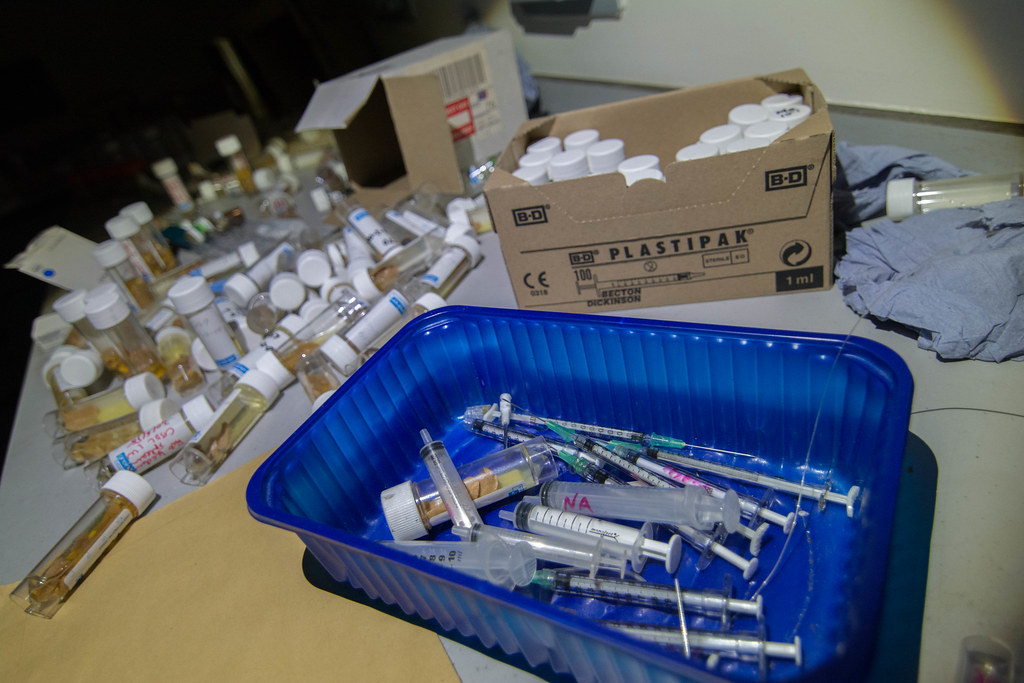 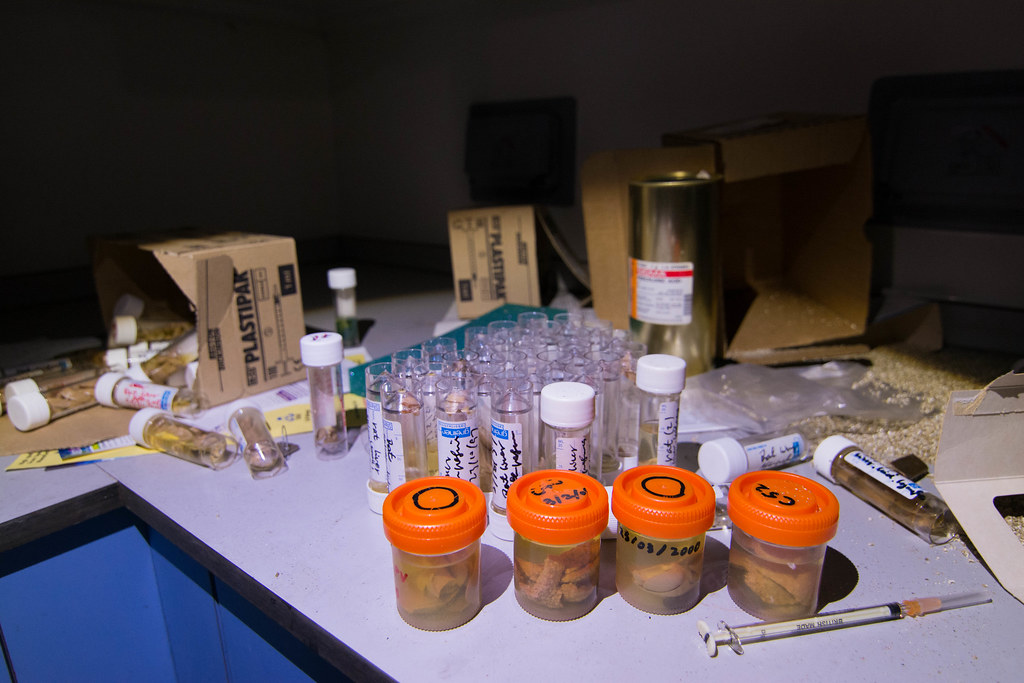 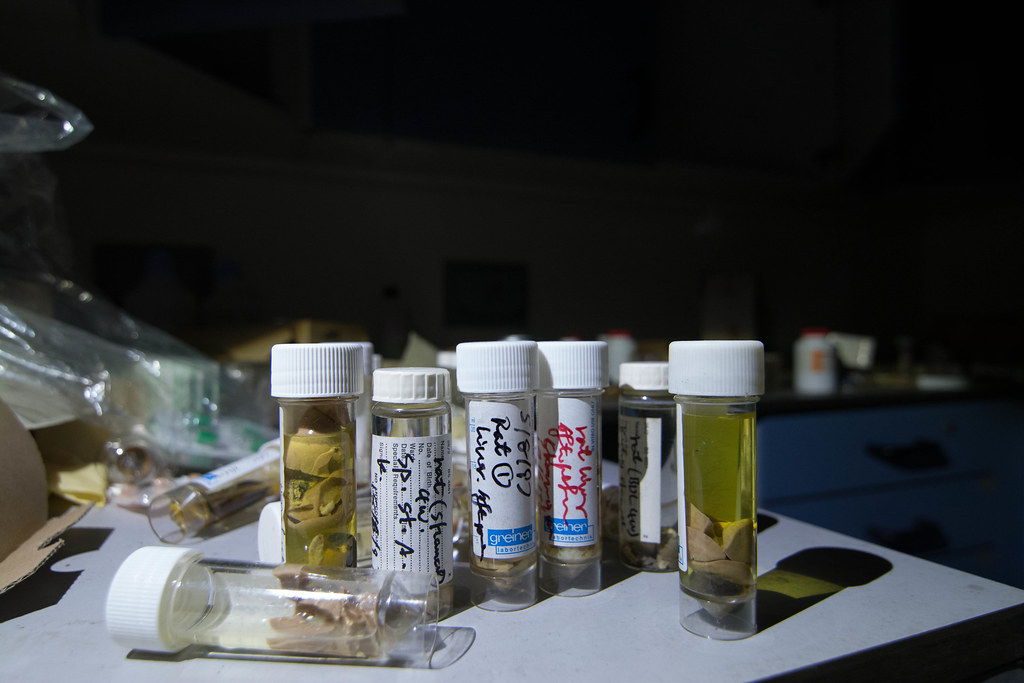 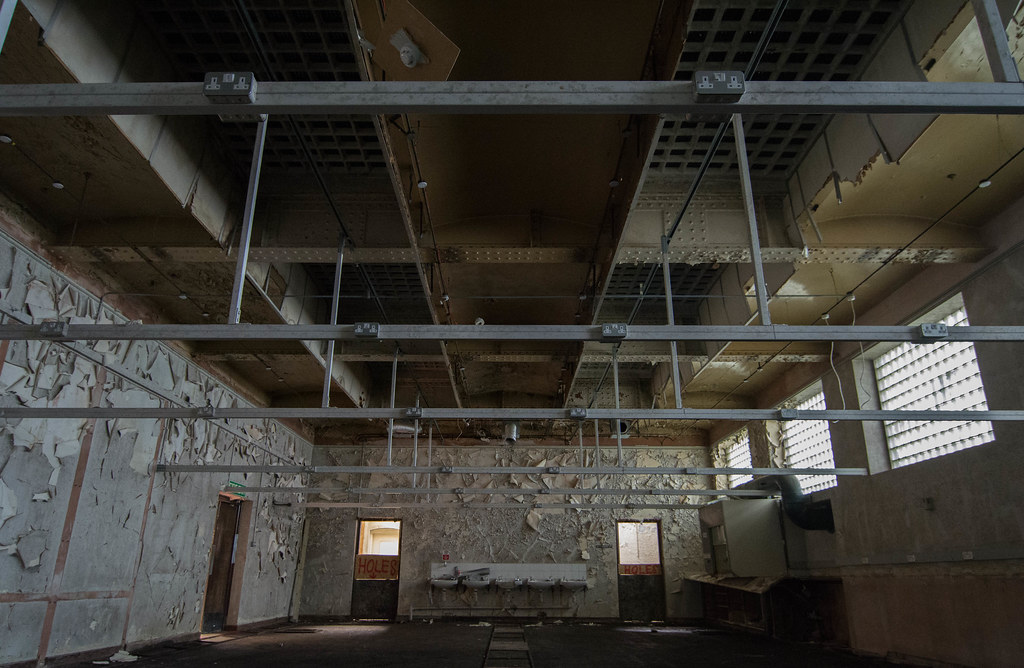 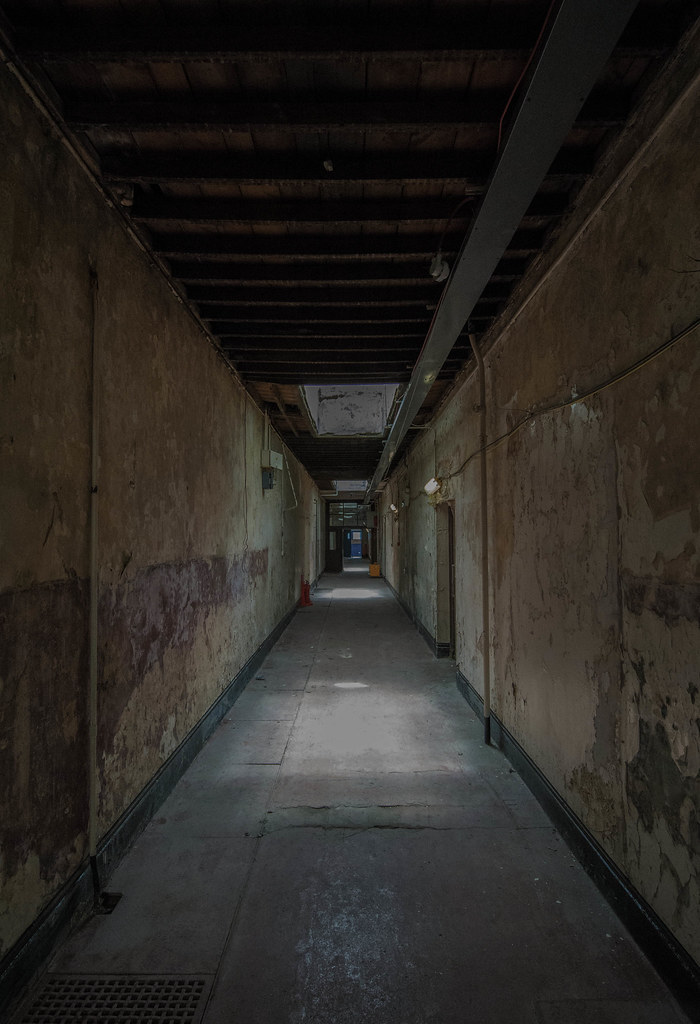 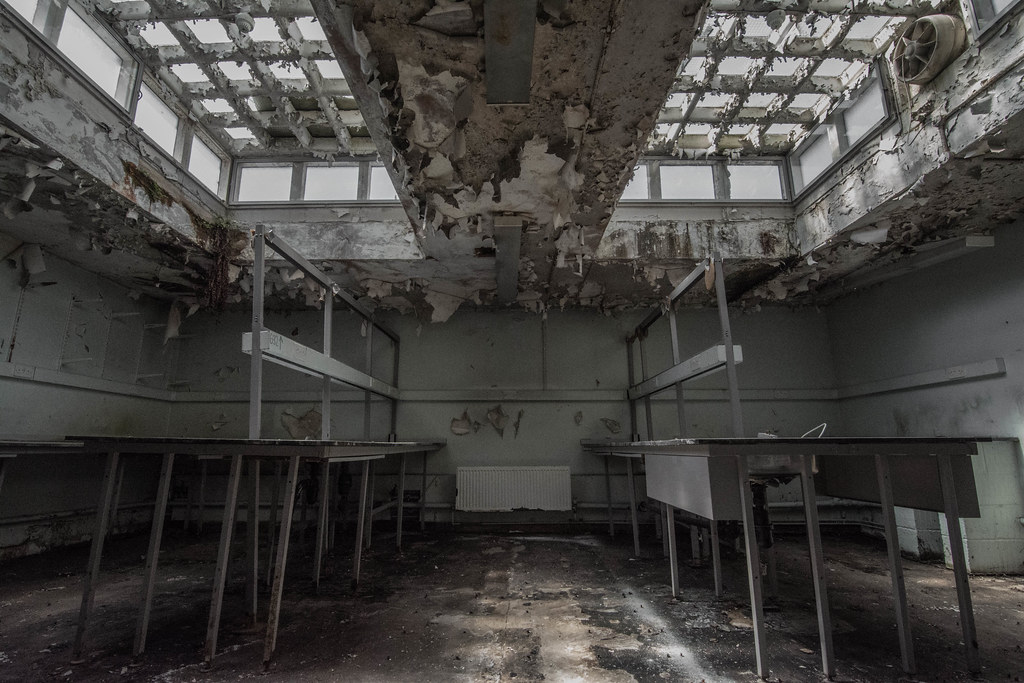 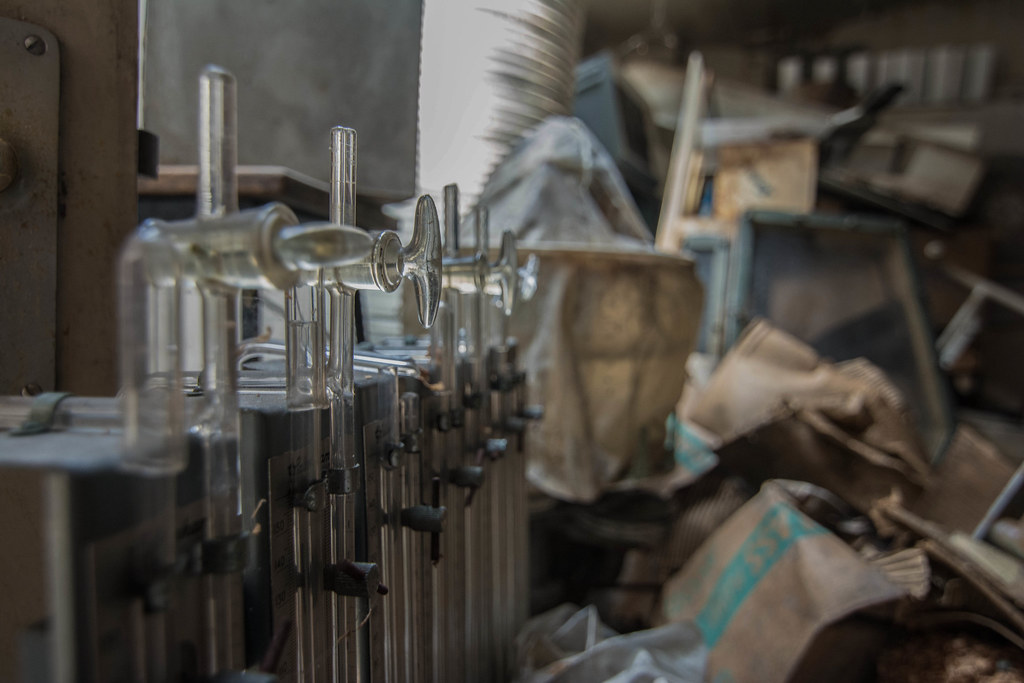 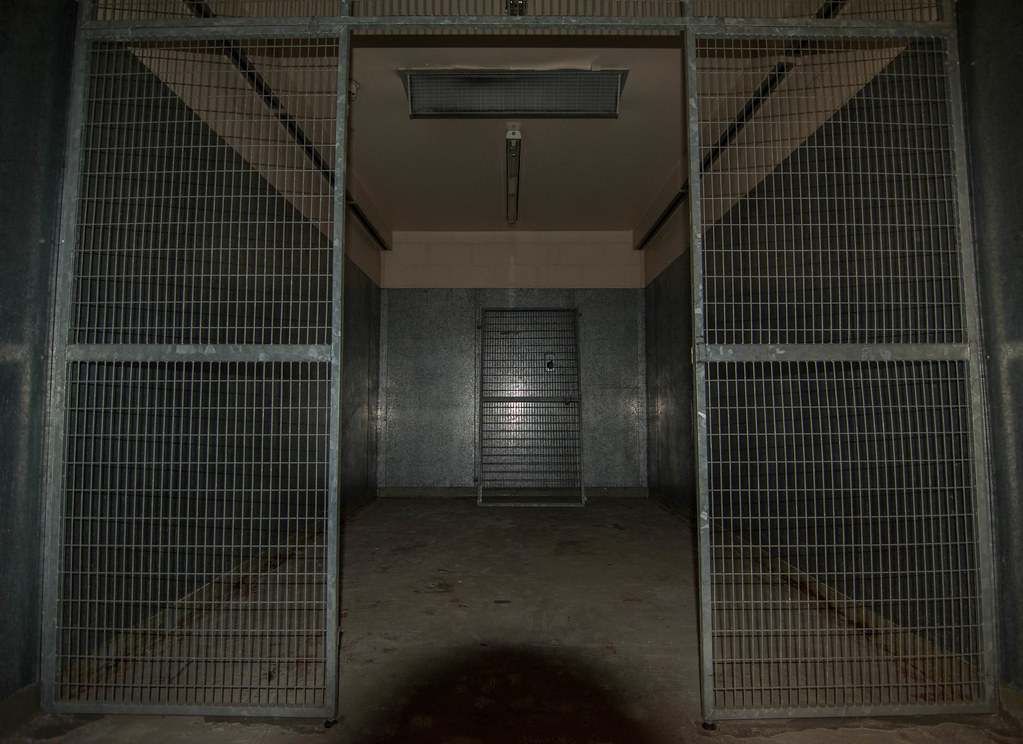 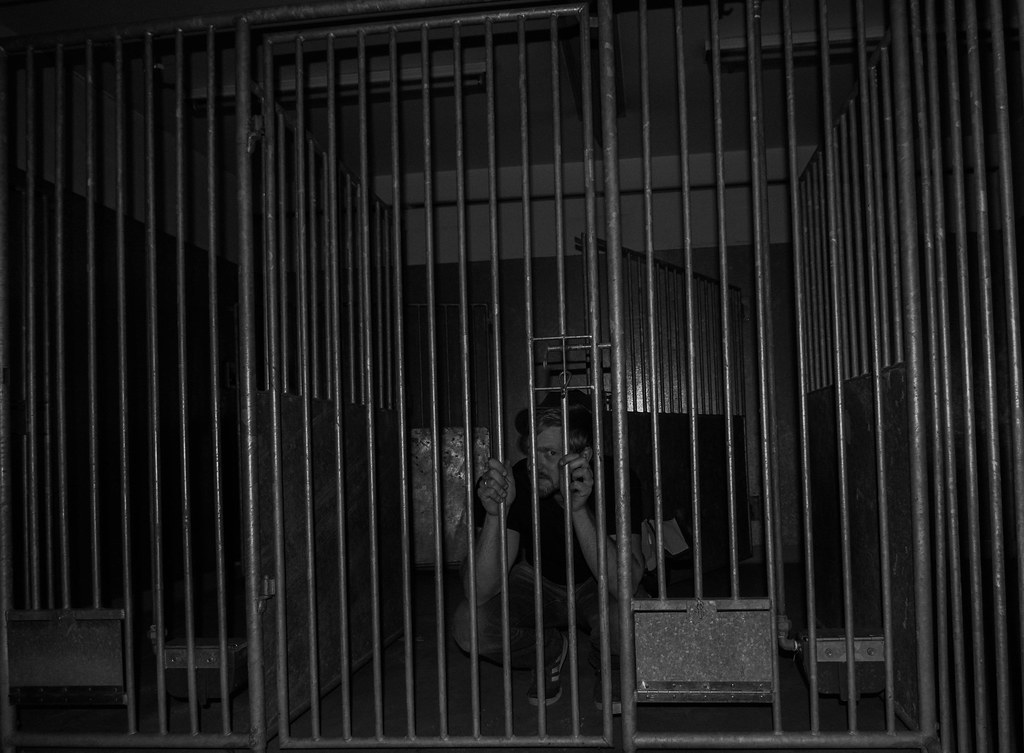 for the love of god i cannot unpiss this tower! i blame the builders 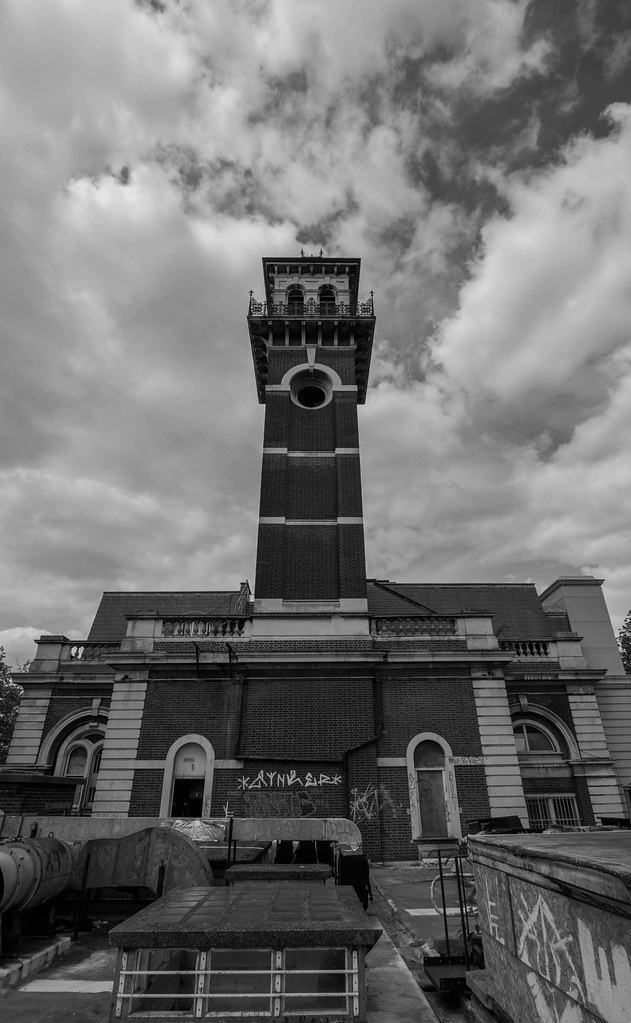 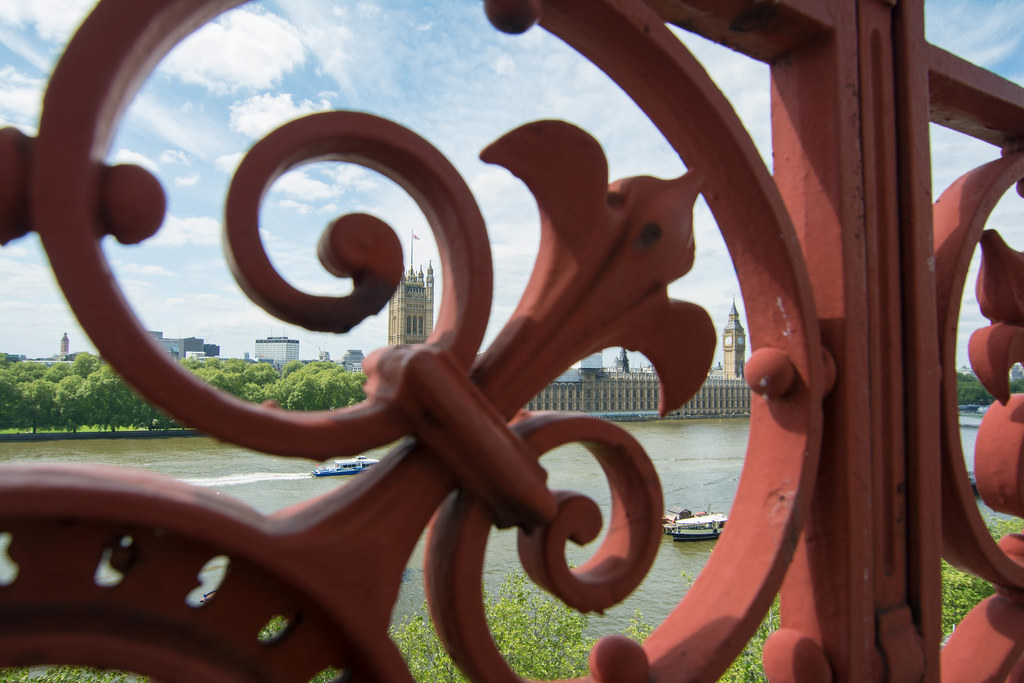 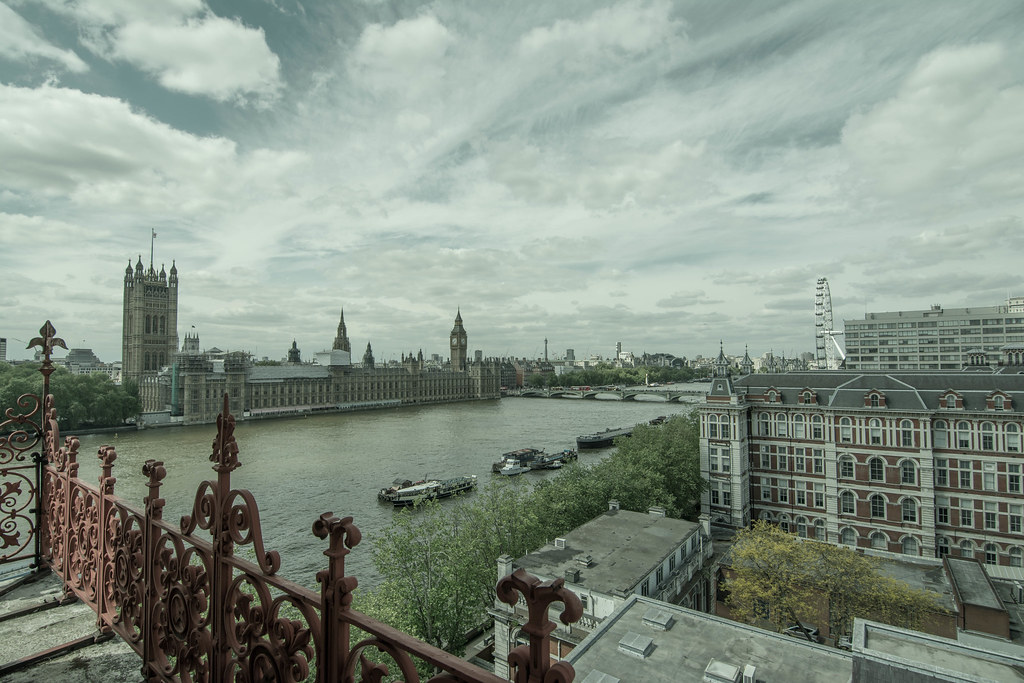 Excellent set mate And I bet you where buzzing back in the crowds after this.

Crackin set of pics I really like the tower one and what a brilliant write up, I lol'd numerous times. Thanks for the giggle.

Hot crap it's May isn't it!! My bad this was explored this month, I'll edit the title when I get home on the flaptop

brill write up! So funny. And I love the look of this place, nice one

That is mega ace mate, and that write up was a belter too hahaha!!

yeah its always funny in a built up location like that ferox, one minute you're in one world and 5 seconds later youre in another, very cool and unique feeling.

Wicked shots there mate and your jokes in the write up are far funnier than the shit you were coming with earlier today, spot on

missed this out the report though raw, whilst i was hanging about out side toms i saw a truck full of tortoises go smashing straight into a van full of terrapins, it was a turtle disaster! 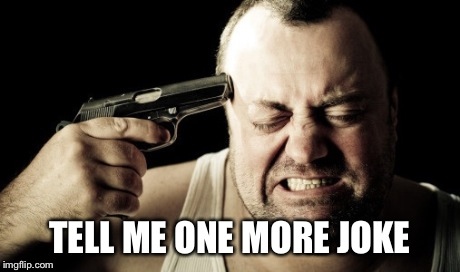 That is actually mine as in I made that funking joke up so no stealing it and selling to the papers! 2: 2:

Another cool set there and good to see.