I spent quite a bit of time photographing the exterior. Upon closer inspection the farm looked very abandoned. And I noticed the door to the main house wasn't quite closed. The house has shifted, I think, so the door no longer fully closes.

I knocked on the door. Opened it and shouted hello. Walked in, while shouting hello, anybody home?

Definitely abandoned. But not all that long ago. And personnal belongings still there.

Afterwords I mentioned it to a friend, and it turns out he knows the place. He didn't know when the original owners died, but he knows who owns it now. And he told me the owner let a man from eastern Europe somewhere stay there for probably several years. Wich would count for the food packages with foreign language.

I took some photos. It felt ok when there, but looking at them they I thought they may look like intrution in someones home. So I wasn't sure wether to post. If you don't think it's ok feel free to tell me or delete the report.

Attempting to somehow protect the residents of this home's privacy, and not least attempt to protect the place from vandalism, I'm only posting interior shots, and not the most personnal ones.

Hope you think it's ok. And hope you like it.

When I got in it was already getting late, and daylight was fading. 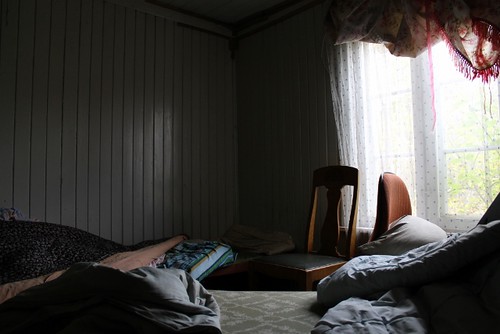 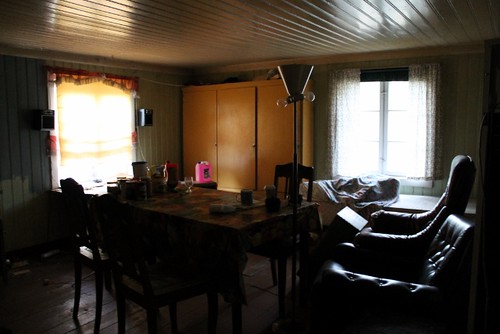 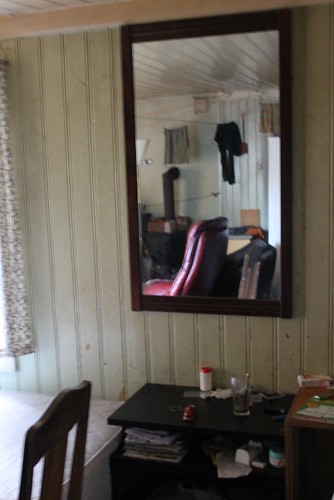 It was just getting too dark to get some shots that I wanted. So I went back the next day for a couple more. 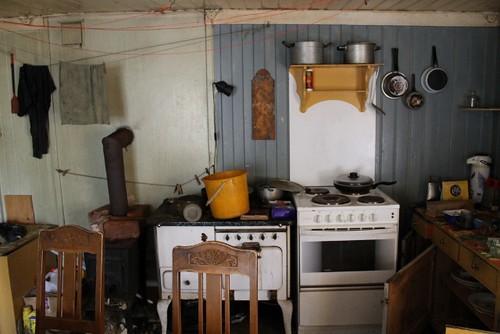 The paper under the coffee mug on the table is dated 2008.

Your pics are spot on and thanks for sharing .

A suggestion as pics are good you could maybe increase size to 800 x 600 only say as feel would do your images better justice .

Thank you . I will concider posting bigger photos

That's a lovely report, nice shots and thanks for sharing

That's great some cool shots indeed, good job the fella was out, thanks for sharing

Thats cool, reminds me of a day when SK and I had blanked in London, so on the way home we dropped by an "Obviously derelict" house in Redbridge, SK had climbed the gate and was sitting on top of the 6 foot high pile of junk that went down the whole side of the house and I was just about to climb up

Just then a bloke that I can only describe as Catweezle came out the door and started going spastic, it didn't help that a bit of his gate had come off in my hand.

Removed the Flickr links to tidy it up a bit.

That place looks really interesting !, i adore mostly untouched places like these, cheers