Evening all, only got a couple of bits to offer atm but got a couple of fairly interesting things in the pipeline which look promising, hope everyone's had a good weekend and not too down about going back to work tomorrow. Here is one of said bits, Pitchford hall, what a bloody lovely building! This is probably one of, if not, my favourite explores mainly down the fact that i'm an oak frame carpenter myself and build houses like this everyday, which I love, and also the fact that when I found it, to my knowledge I didn't know anyone else had been here. I found it whilst trawling through what felt like the 600 million churches on the heritage at risk register for shropshire and when I googled the place for explorers reports I found nothing. So yeah as soon as I saw a 500 yr old oak framed house, tagged vacant and in a state of disrepair on HARR, less than an hour from me, with a 300 yr old tree house there was no way I wasn't paying it a visit! I love seeing old timber frames like this, as I say pitchford hall is about 500 years old and I love the thought of the houses I build being around in 500 years time, I always like carving my name and the year into the timbers where it will be hidden somewhere in the hope someone will read it in god knows how long and go, wonder who the hell Jake was and what the hell WOZ EAR! means, I found an outline of a shoe with a name etched into some lead and dated 1846 on the top of brogyntyn hall, love stuff like that, proper little personal connection with you and one of the craftsmen that put the place there, amazing stuff. Anyways on with the show.

This was a solo mission for me, one that put me off solo missions a little actually as I went ass over tit down the mossy stone stairs at the front of the house, I blame not having my lucky boots on, I always explore in my boots and this time I forgot, as I thought it was just a reccy and ended having to traverse a stream, slipped down some steps and then got caught up in an extremely boggy stretch of the estate which nearly engulfed one of my adidases, is there such thing as plural for adidas?? Anyway yeah this was one of those that starts off as a reccy and before you know it your inside with less than 1/4 of a camera battery and whole bloody house to get around! First thing I did was tick off the tree house, if nothing else just so I can say I chilled out in the same tree house that queen victoria used to frequent as a princess, bust that one out at your next dinner party over a nice salmon roulade! I took a couple of pics of the tree house and chilled out taking in the view for 5 minutes and just thought how flippin cool the situation was, then headed back to the main house and found a way inside. I was probably inside for about 2 hours or so, getting my beedy eye all over the fine wood work in the place, beautiful stairs, wood panneling, fire surrounds, all absolutely stunning, I would love to have a go at carving some of the intricate details in these features, it's basically a chippy's wet dream in there!

to west. 2 storeys and attic, over basement to east; jettied first floors with moulded bressummers, cable-moulded shafts to first floor

central 2-storey porch has 4-centred arched doorway with pair of half-glazed doors, and first floor with cross-window and carved quatrefoil

frieze to middle rail, and probably C17 louvred bellcote in gable above with flanking carved scrolls, diagonally-placed square clock, and

by 8 stone steps; asymmetrical late C19 remodelling of C18 or early C19 range to right in a matching style. 5-window east front with

of a service courtyard together with the west wing of the E-plan part and a retaining wall (qv); one storey rendered brick and slate roofed

with elaborately decorated overmantels; library with fireplace dated 1623; two mid-C18 fireplaces in bedrooms said to be by Pritchard, with

plain and lugged architraves, friezes with masks and carved foliage decoration, and moulded cornices; L-shaped staircase of c.l700 with

throughout. The remains of a former probably C15 two-bay crown-post roof are visible in the roof space over the west wing of the E-plan

part (see cambered tie beams and mortices). George Devey's alterations included moving the main entrance to the north side of the house,

removing the wall formerly enclosing the south side of the courtyard, and creating the present garden with its summer house (qv) and retaining

walls (qv). Pitchford Hall has a very complex architectural history for which space does not permit a detailed description.

And here we go with some pictures, again same day I was at Calcot hall, don't know if you read that report but I was fresh out with a new dslr and took everything that day in jpeg apologies if they come up a bit crap quality. 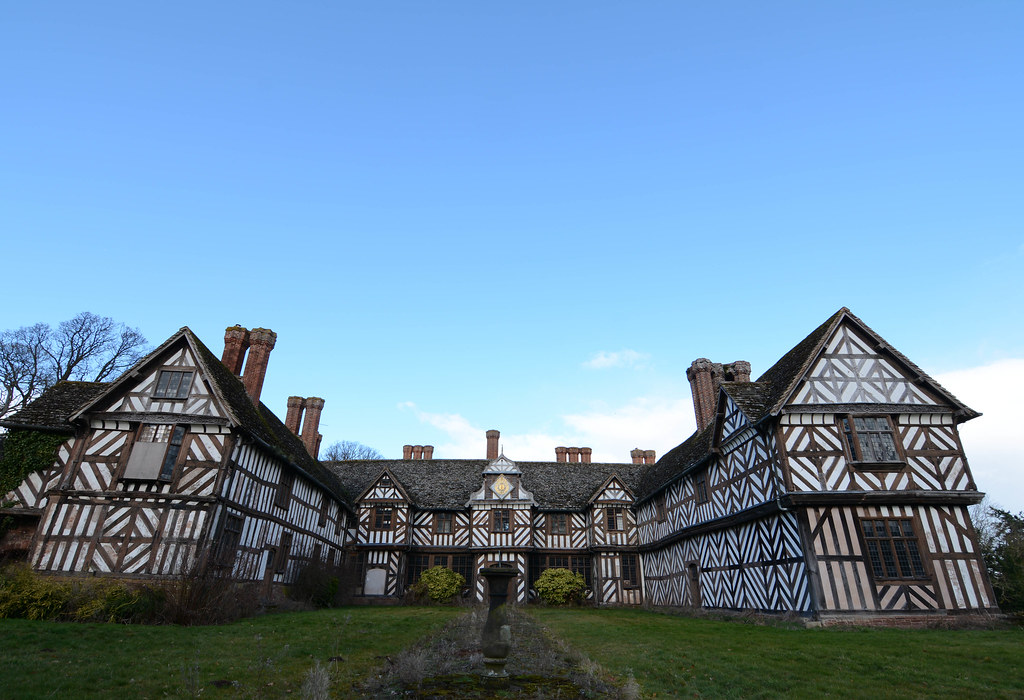 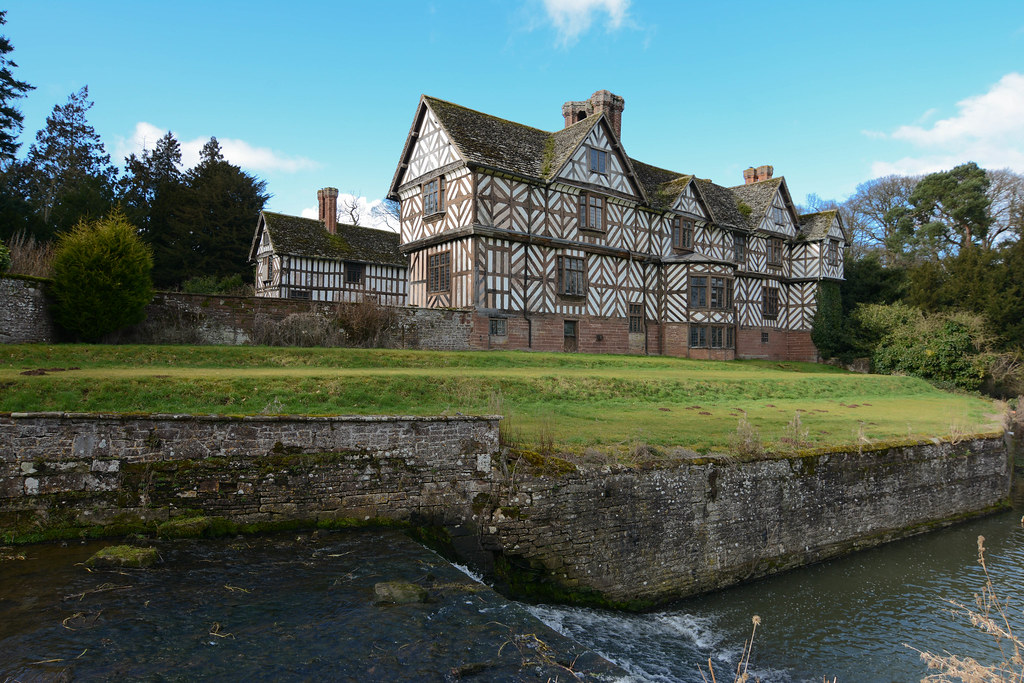 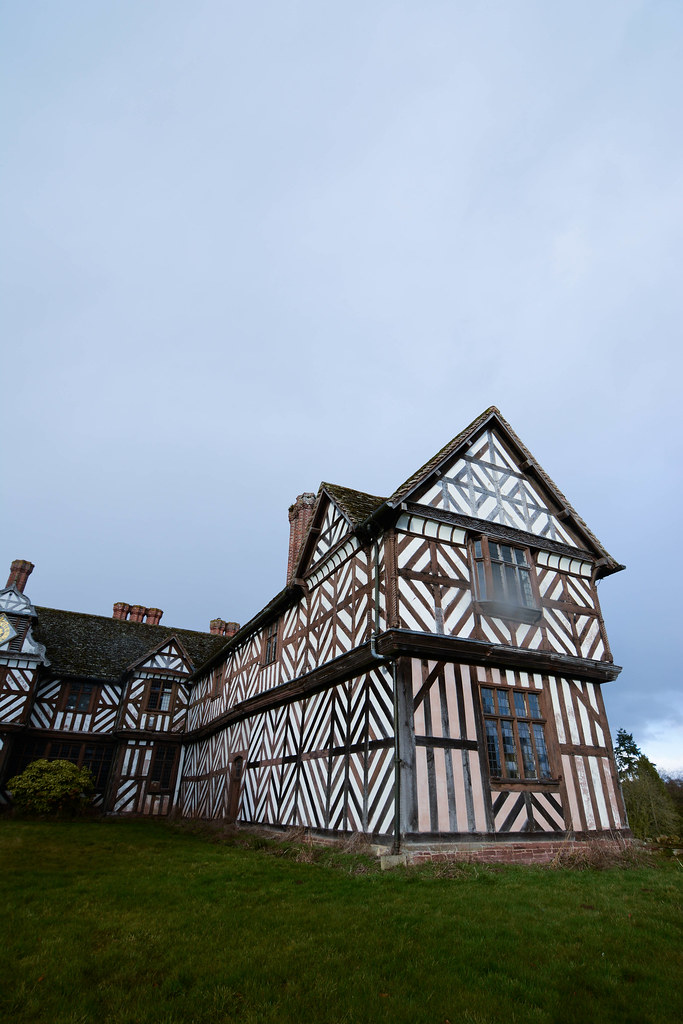 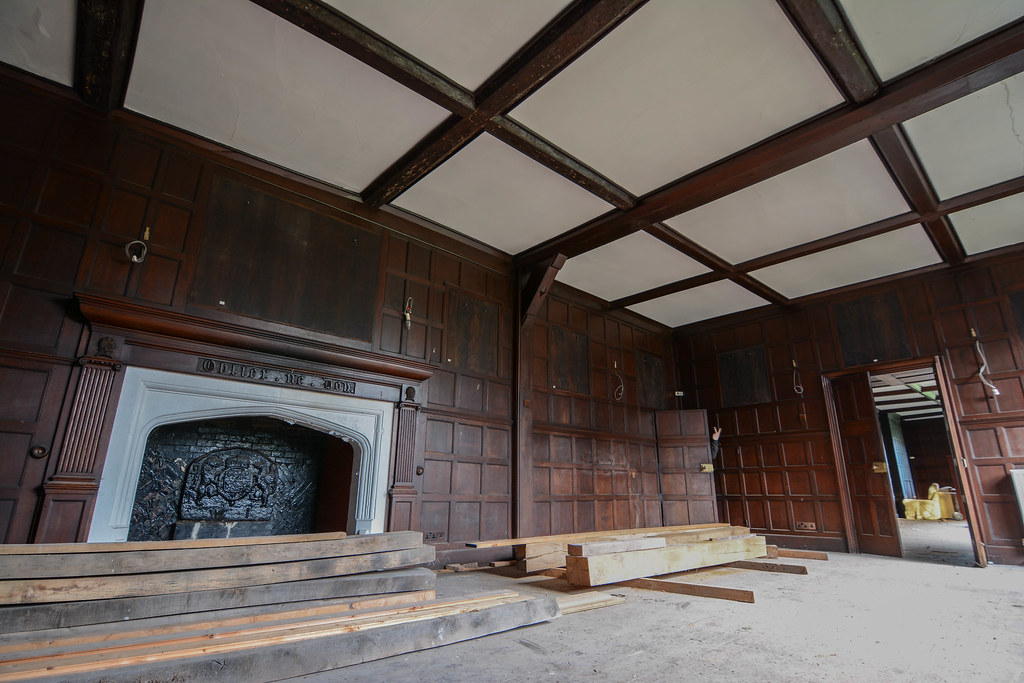 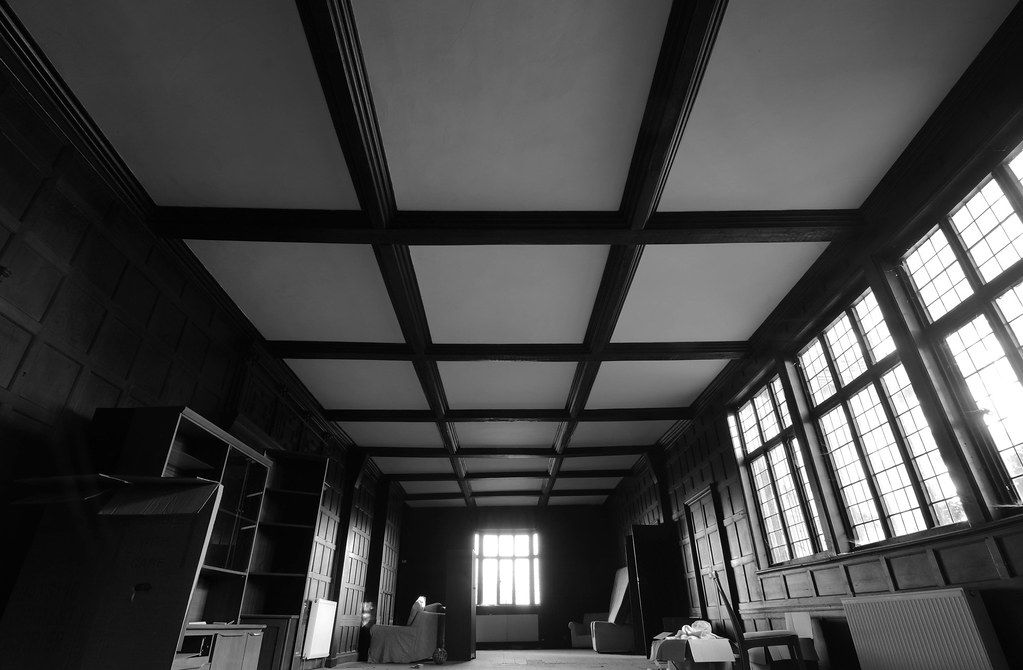 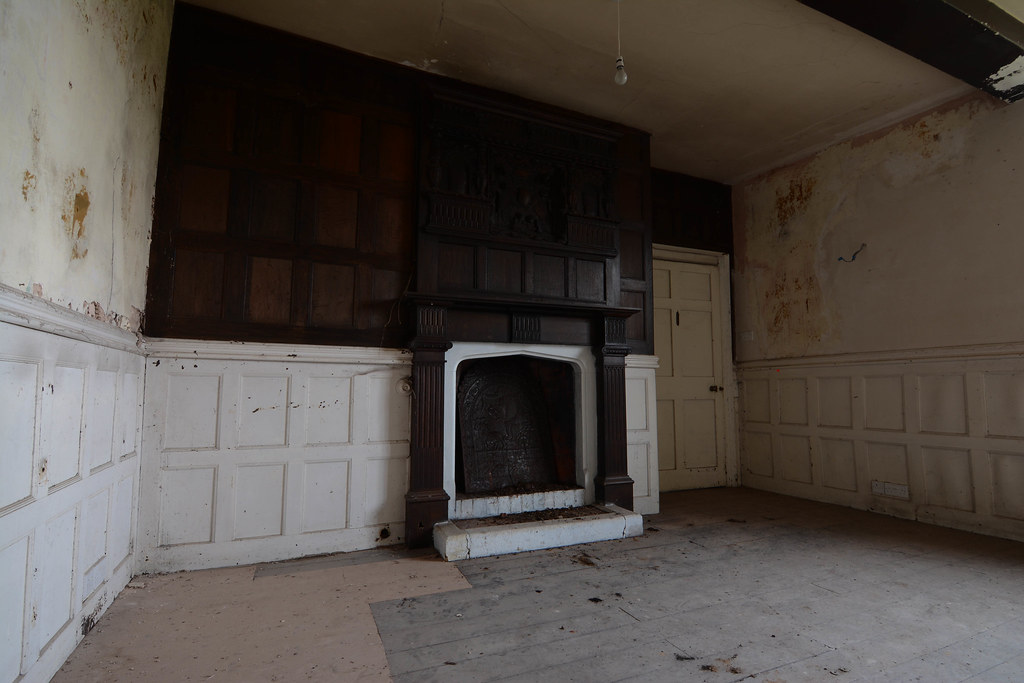 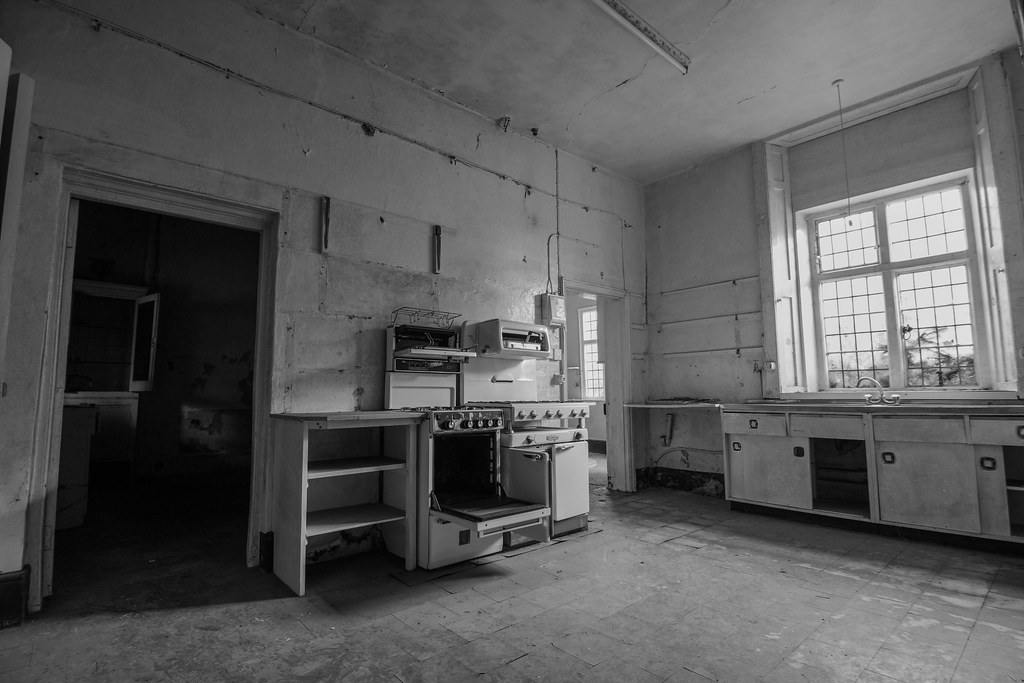 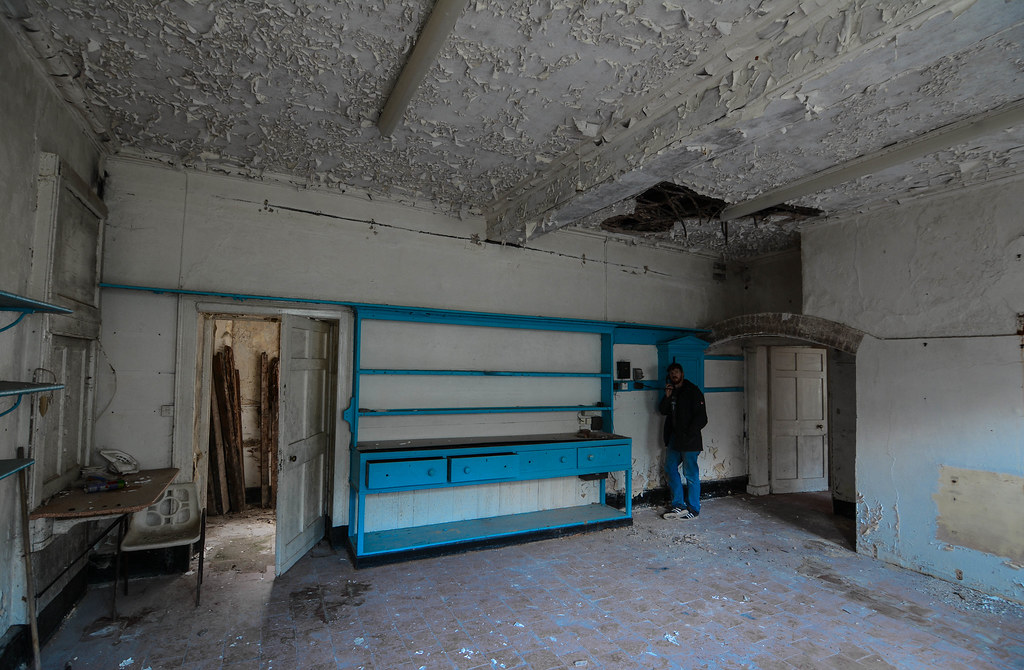 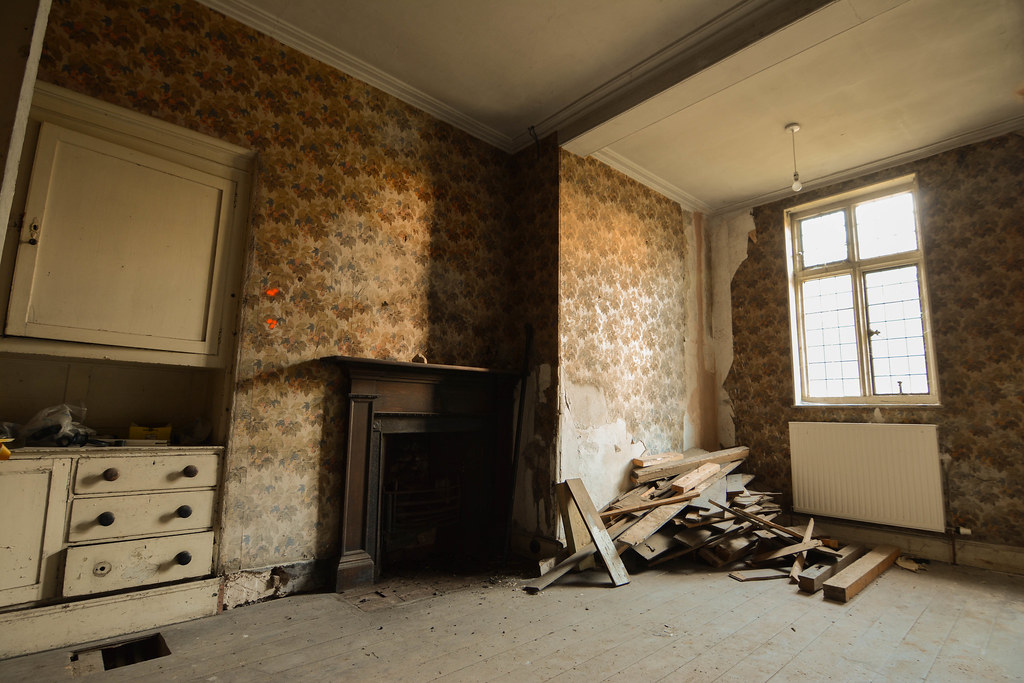 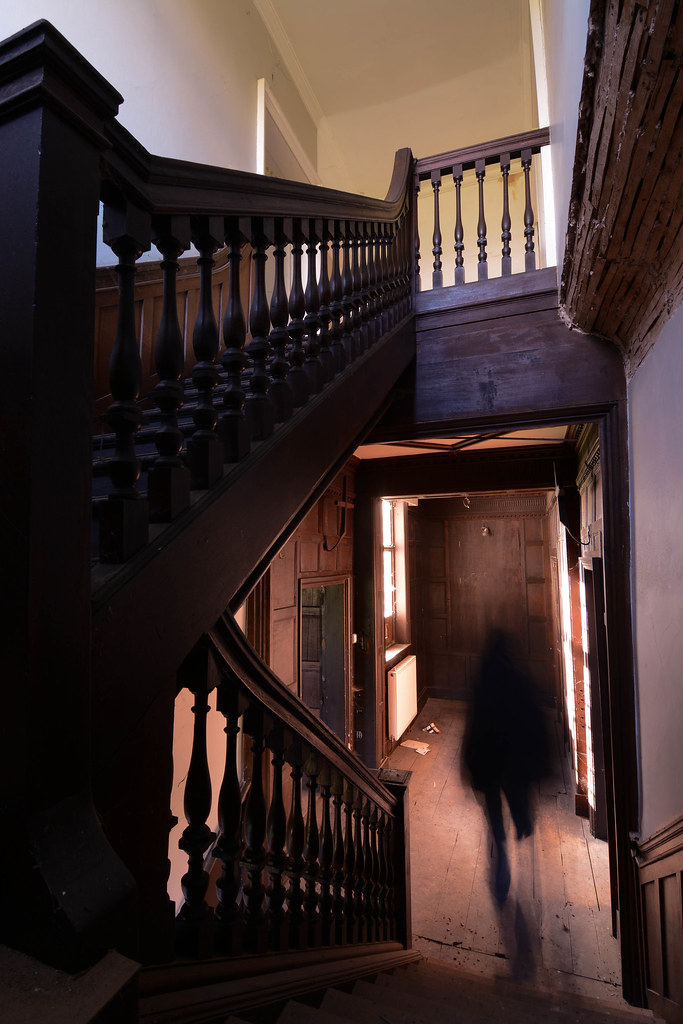 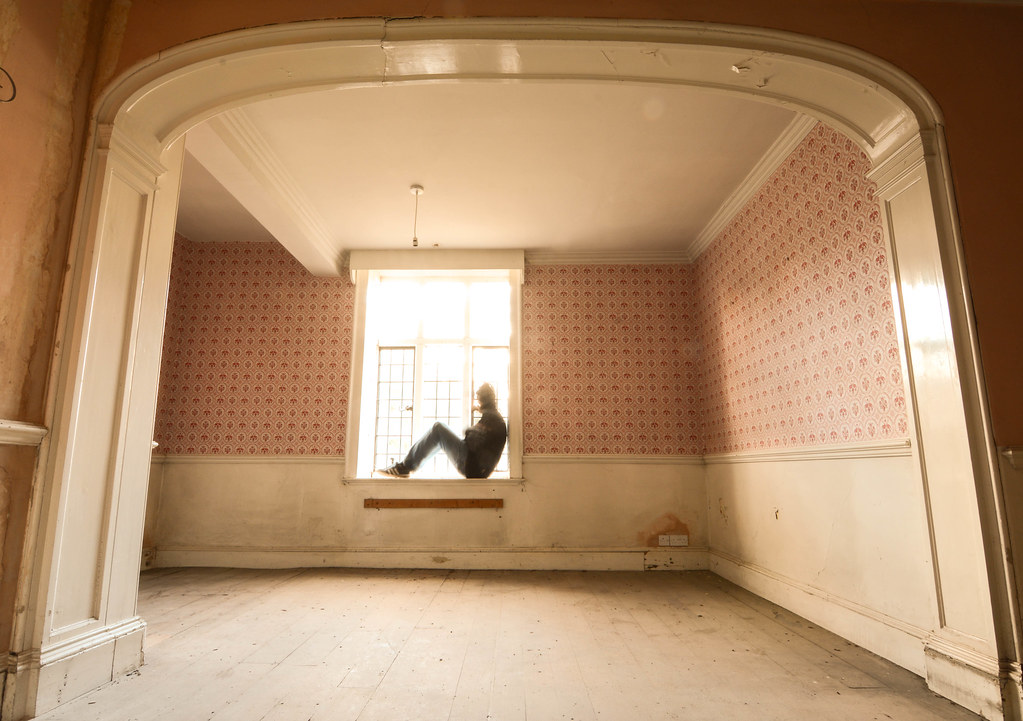 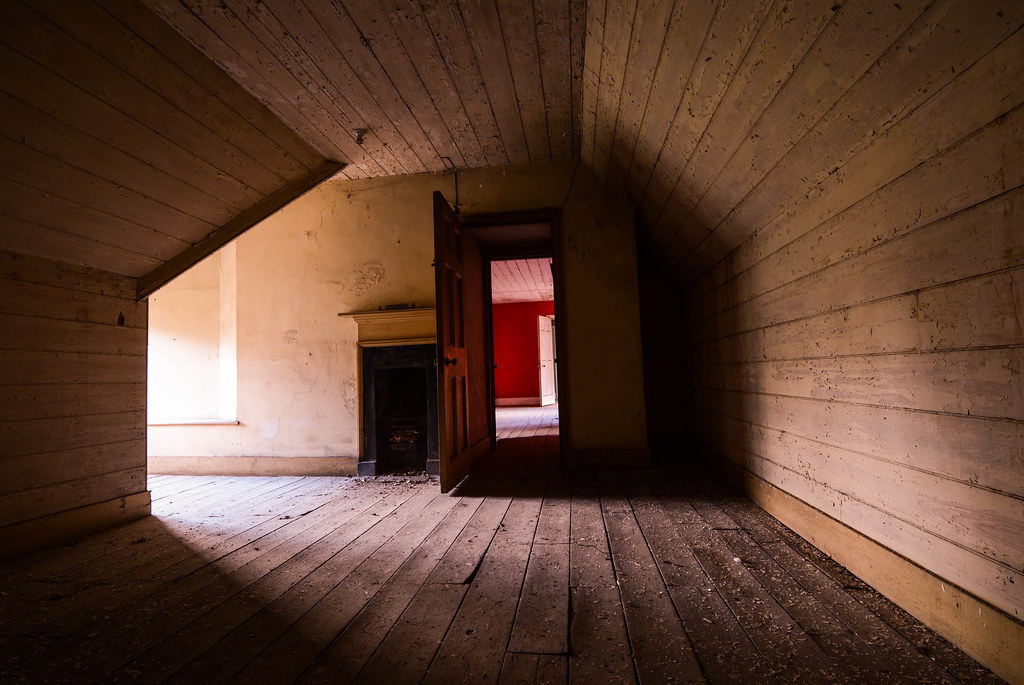 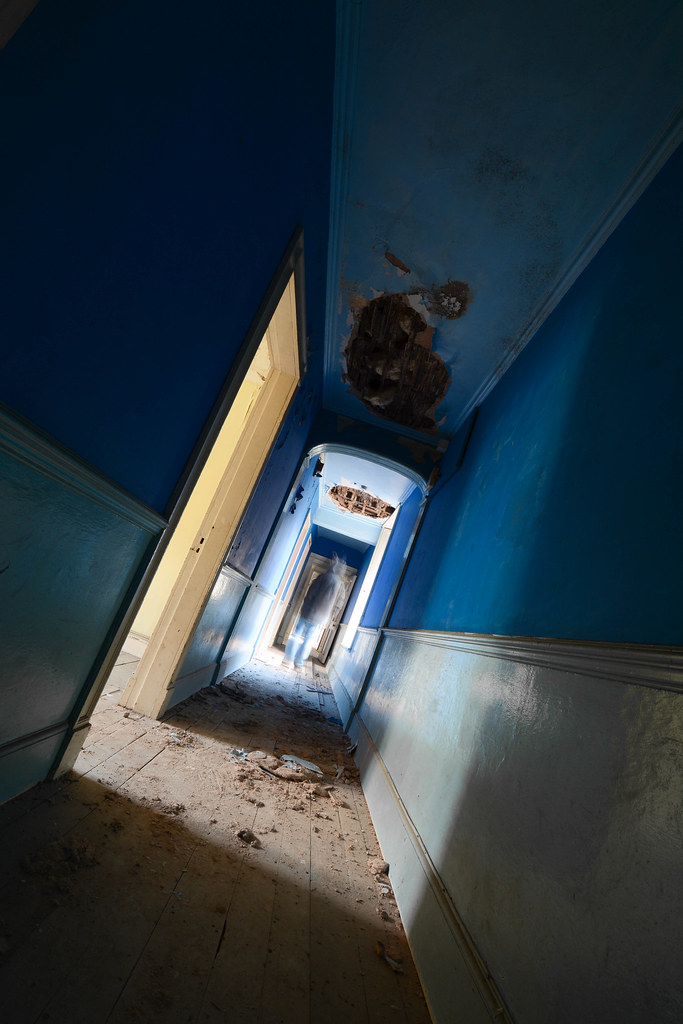 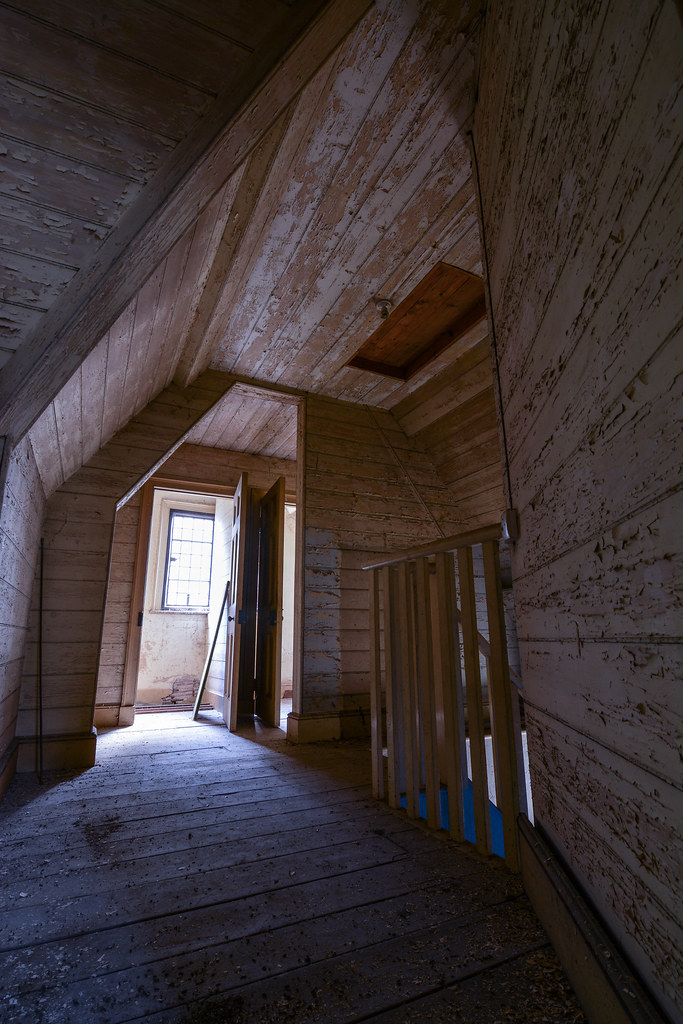 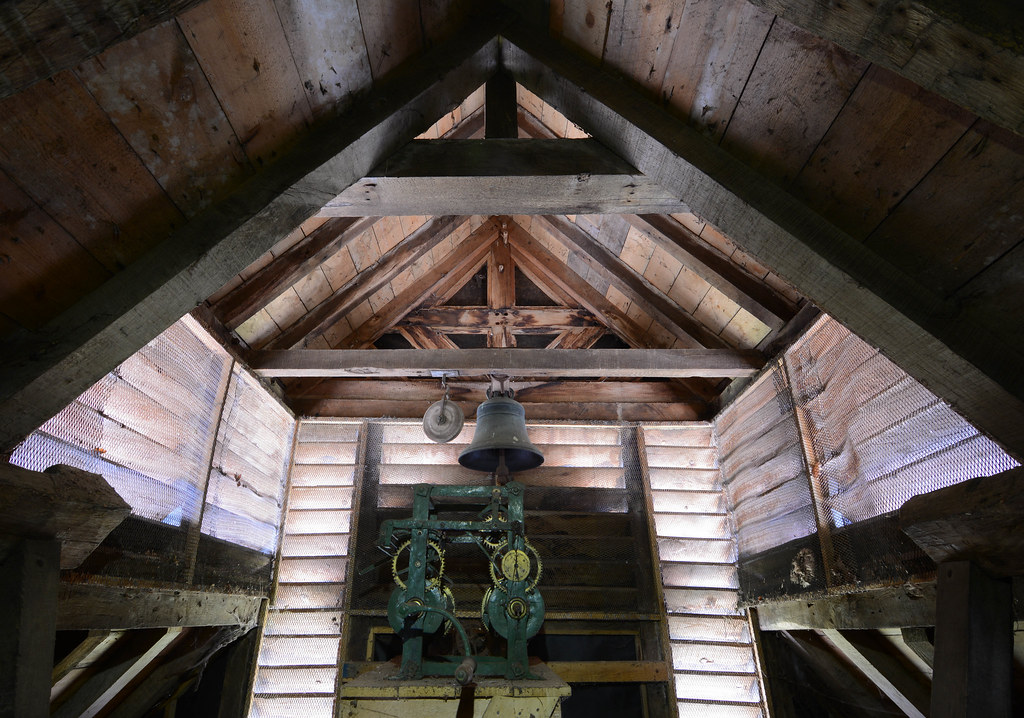 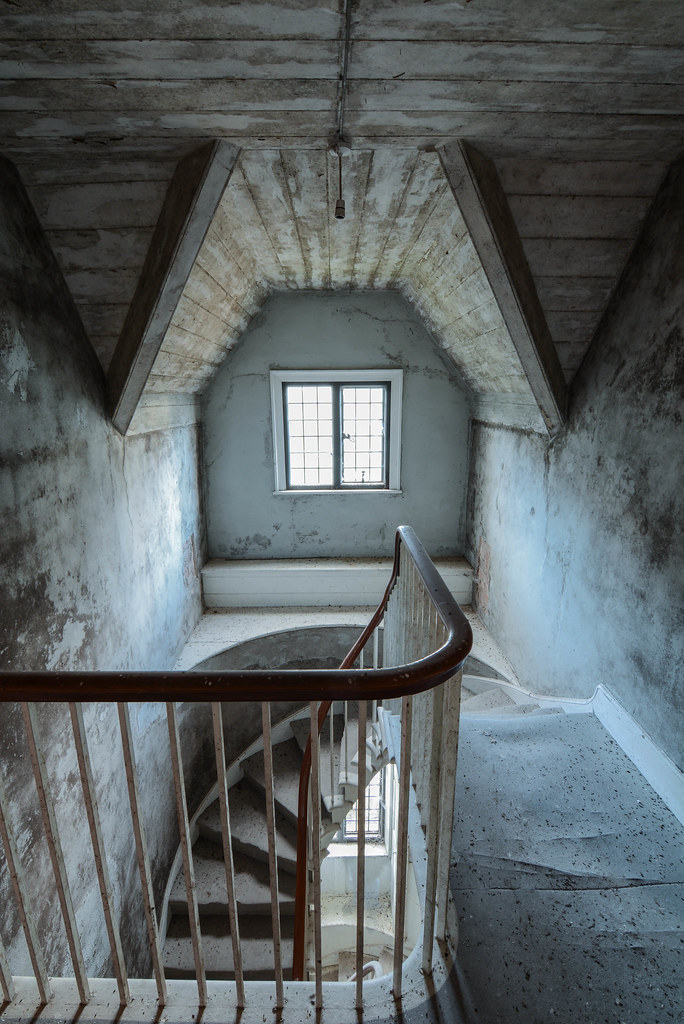 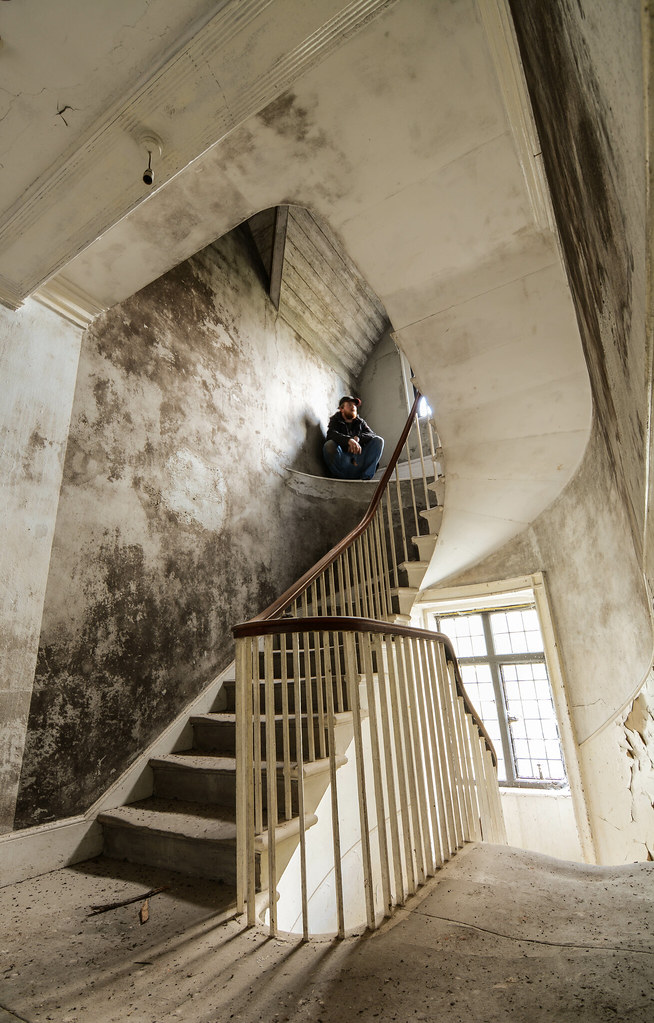 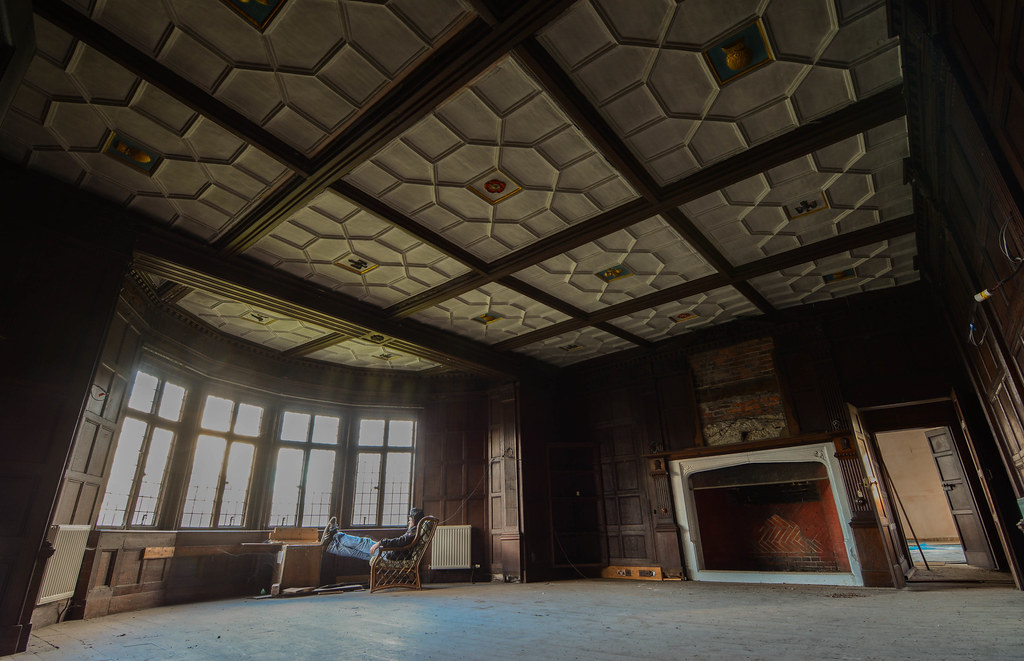 Traditional pegged mortice and tenon joints, exactly the same as I bash pegs into all day at work, the peg hole through the tenon would be slightly off set to the peg hole in the mortice, doing this creates 'draw' so that when you drive the peg through it forces the holes to align and brings the shoulder of the joint in tighter. 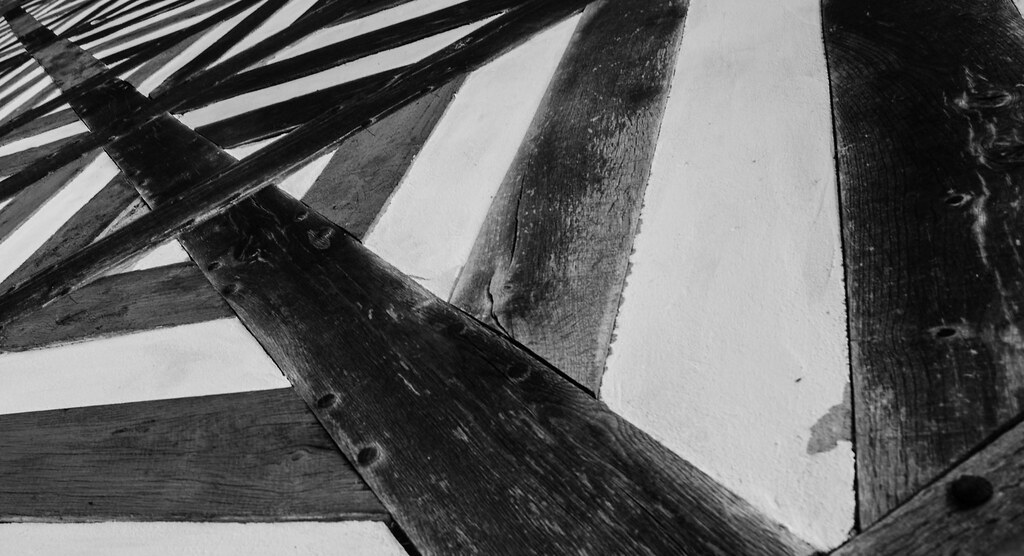 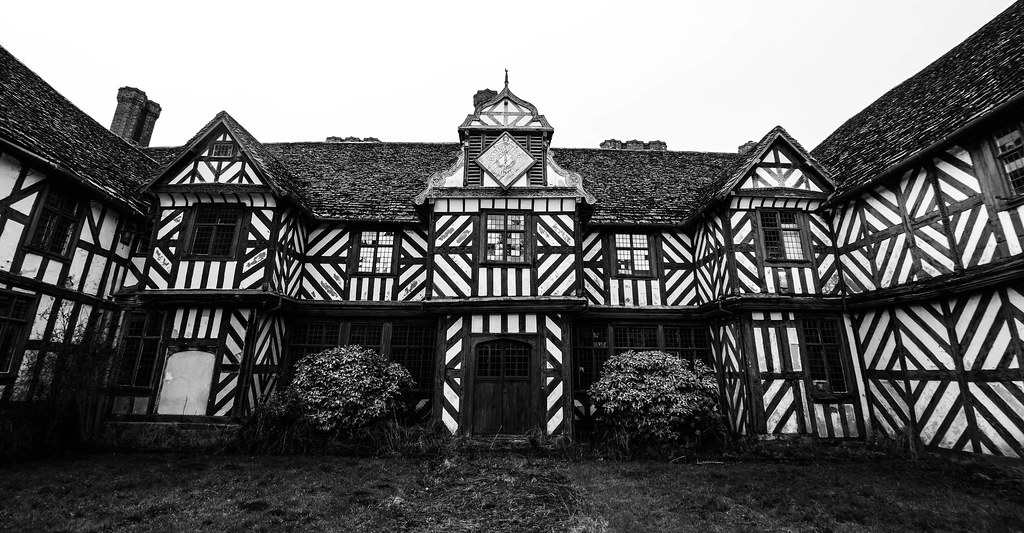 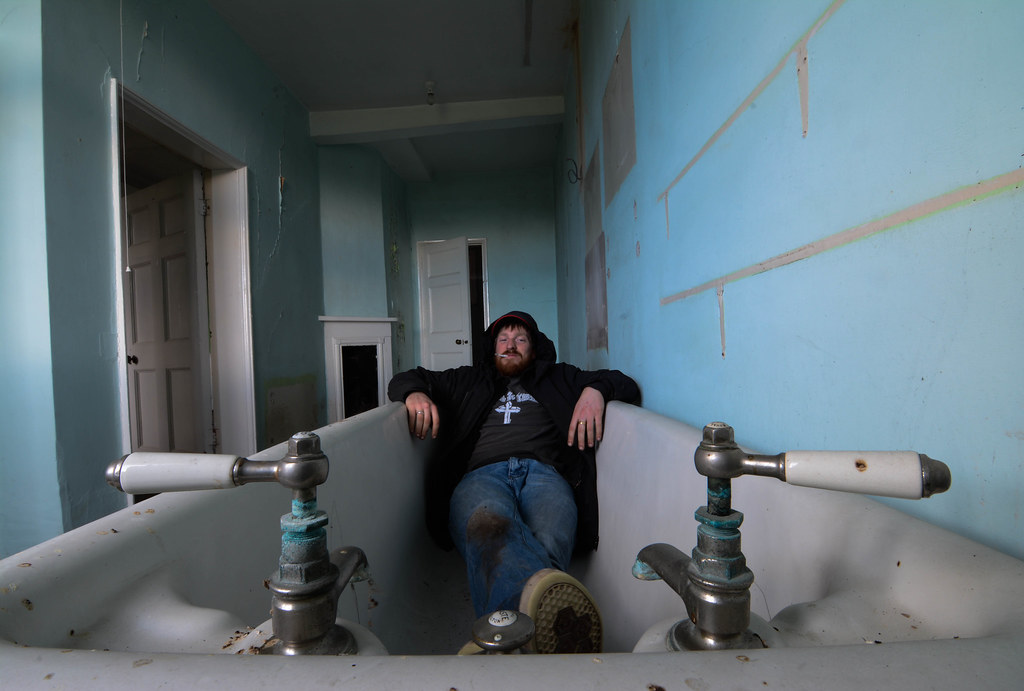 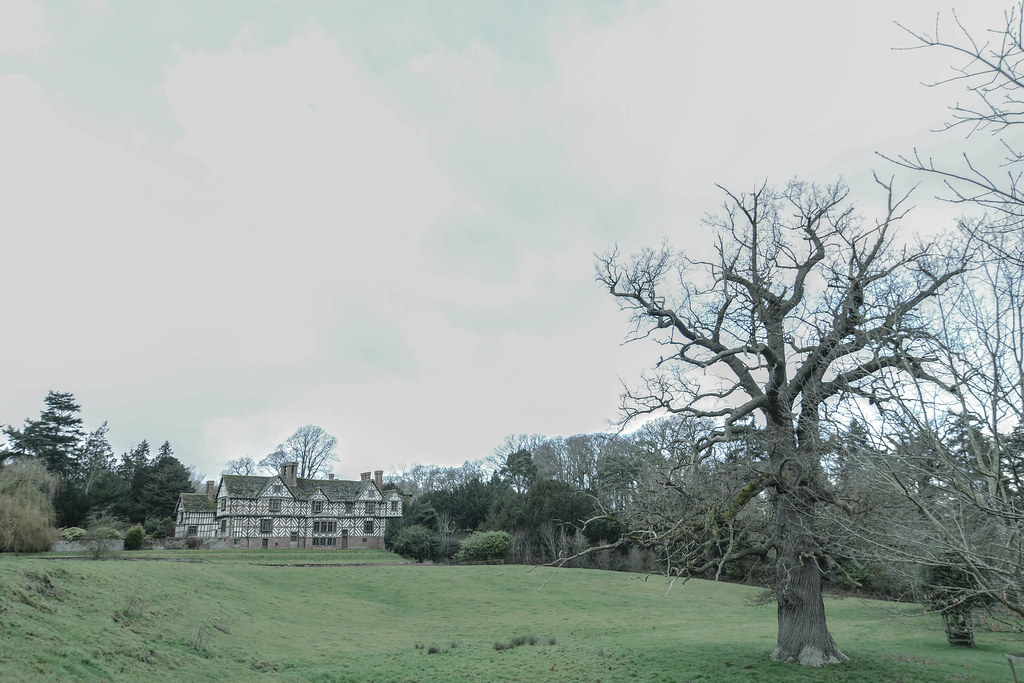 And last but by no means least, ol queen viccys holiday hang out spot, which now appears to have ginger bearded knob hanging out the window flipping the bird and chaving the place up, oh well at least no one will rob your pics and flog them to the fail if its of you with your finger up in the middle of it!! 2: 2: 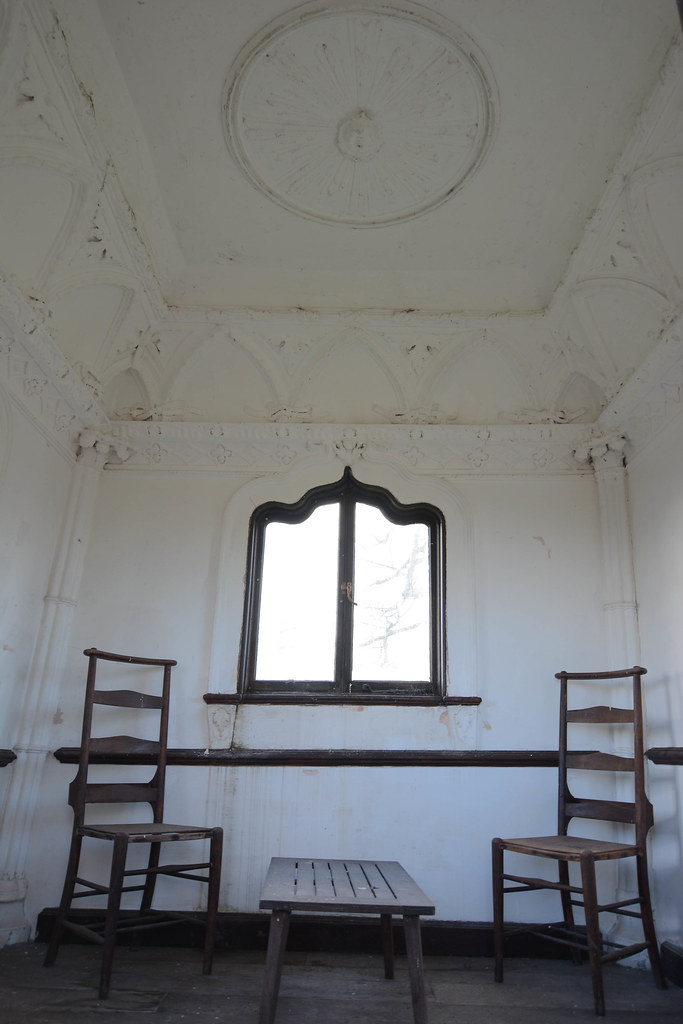 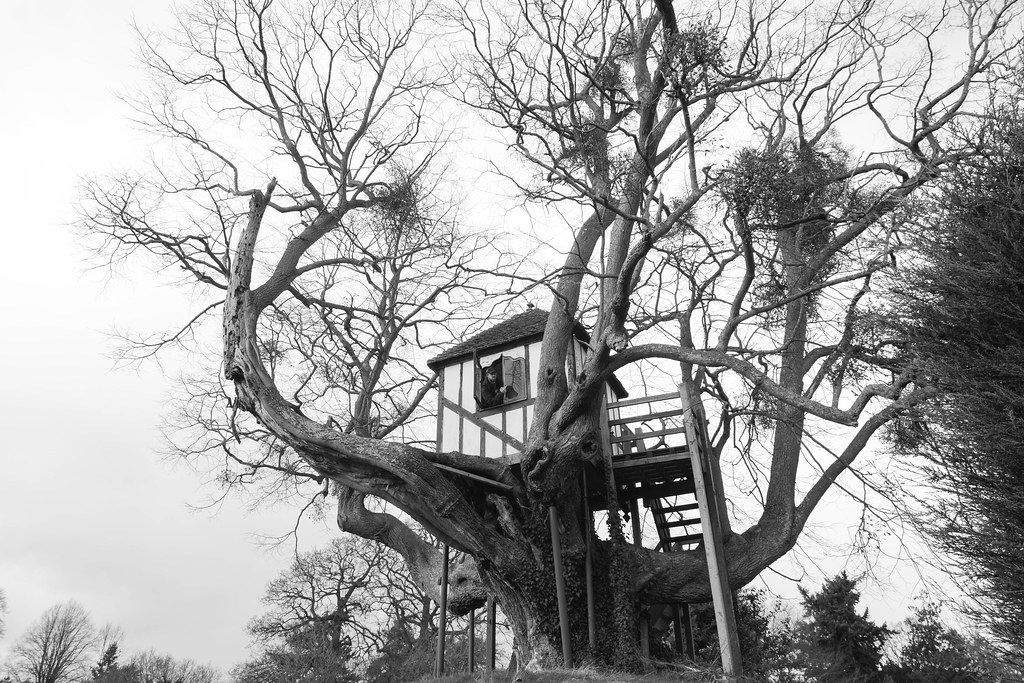 Great post, this place is amazing and nice pictures

Yet another location I do so love the look of.

I need that staircase in my life!

This is beautiful!! Really enjoyed reading this and lovely shots!!

From one vagrant to another haha, banging stuff from a pretty special location there Jake. It was funny reading your write up about how people kick off from the safety of their computer chairs in their self indulgent wank chariots. They can continue to massage their one inch cocks into their spacebar while people like us get out there and visit belting places like this

ta v muchly ladies n jellyspoons! glad you like the place, as i say really was special to me as i interact with buildings like this everyday - i was building this place in the picture below a couple of years ago and literally as we were putting it up i was thinking what a cool place it would be to explore if it ends up derelict 2: kind of a backwards that i'm more interested in these places at the beginning and the end of their lifetimes!

such a beautiful oak frame, shame its owned by some russian billionaire who only lives in the kitchen! dont worry though im keeping my eye on it - yeah right for like the next 200 years!

Really lovely report and nice to read. Pics are amazing!!