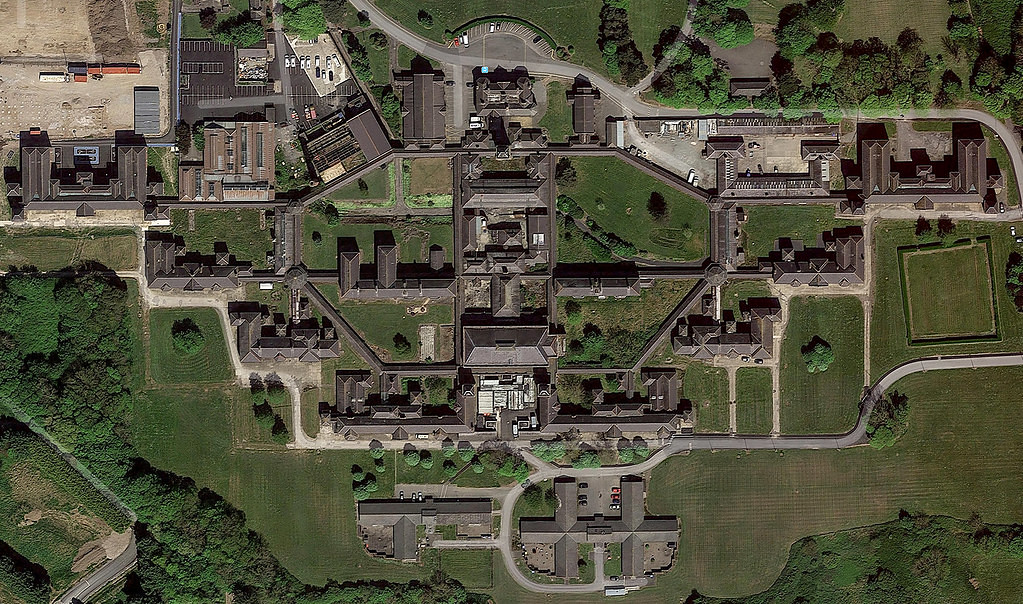 The site selected for the facility, which extended 460 acres (1.9 km2), was the Portrane House estate, the former home of the Evans family. The facility was the subject of a design competition which was won by George Ashlin but his proposed price exceeded the budgeted cost and he was asked to reduce the price: the eminent architect, Sir Thomas Drew, objected to Ashlin being selected on this basis. The facility, which was ultimately designed by Ashlin in the Gothic Revival style, opened as the Portrane Asylum in 1903. At a cost of 300,000 it was the most expensive building ever commissioned up to that time by the British Government in Ireland. St. Ita's Hospital Radio commenced broadcasting in December 1983 and was the first radio station in Ireland to receive one of the new broadcast licenses after the provisions of the Broadcasting bill were brought into operation in 1988. After the introduction of deinstitutionalisation in the late 1980s the hospital went into a period of decline. Nearly 500,000 viewers watched an episode of the RTÉ documentary The Asylum which featured St Ita's Hospital in 2005. In June 2010, the Mental Health Commission instructed the hospital to stop the admission of acute patients on account of the "entirely unacceptable and inhumane conditions" by 28 February 2011. The hospital closed to inpatients in March 2011 and to outpatients as well in January 2014. The Health Service Executive announced in February 2012 that the Central Mental Hospital would locate to the former site of the old St Ita's Hospital. The construction works, which are being undertaken by Rhatigan OHL at a cost of €140 million, are expected to be completed in late 2019. 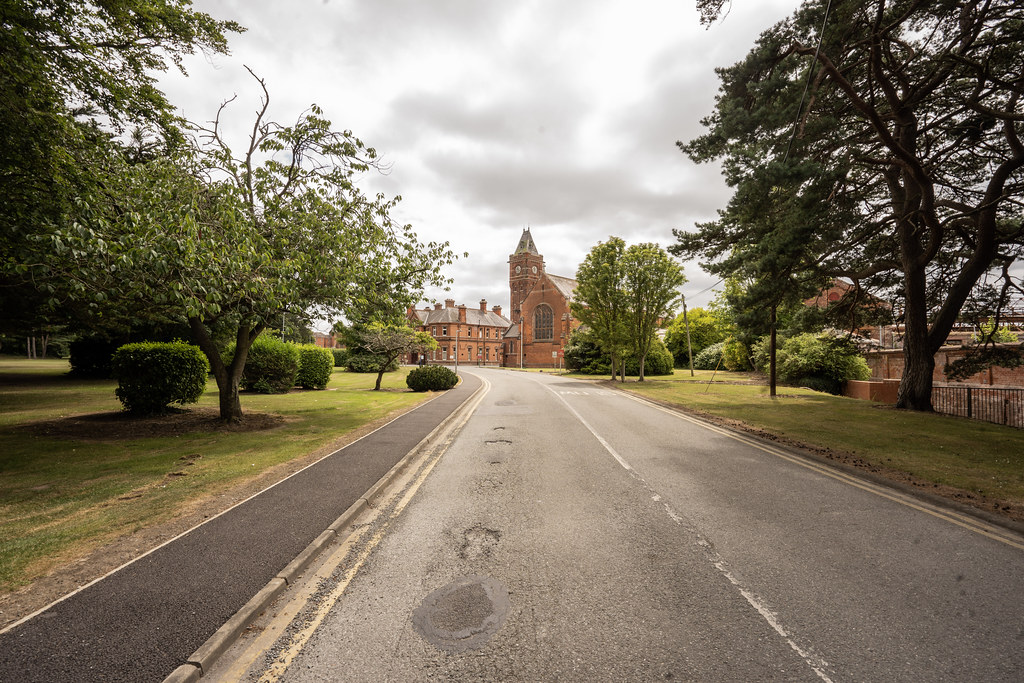 It took us a few years to finally make the visit north of Dublin to see it but the day finally came on our recent Ireland trip in July this year. After arriving in Ireland on the ferry, we embarked on a mission to find Ita's main hall, which we had seen a couple times, yet had never seen convicting photographs of it. The asylum is no joke, easily the biggest I've ever seen and with no many unseen areas, it's amazing that it isn't visited more by the locals. Maybe, they are put off by the internal cameras that seem to be dotted around at every corridor junction and onsite security that quickly ring police if they notice you inside. Upon arriving, we used the woodland to get past the security's cabin and then ascended onto Ita's roof, feeling that it would be safer inside the structure rather than walking around it's patrolled and maintained gardens. The plan worked out well and we were inside in good time, forced to walk past a few cameras here and there. It seemed that the security were monitoring our progress as they switched on the emergency lights, yet didn't come inside, so we actually had a lot longer than anticipated to wander around, coming across the nice pieces of architecture, typical asylum design and many locked doors. 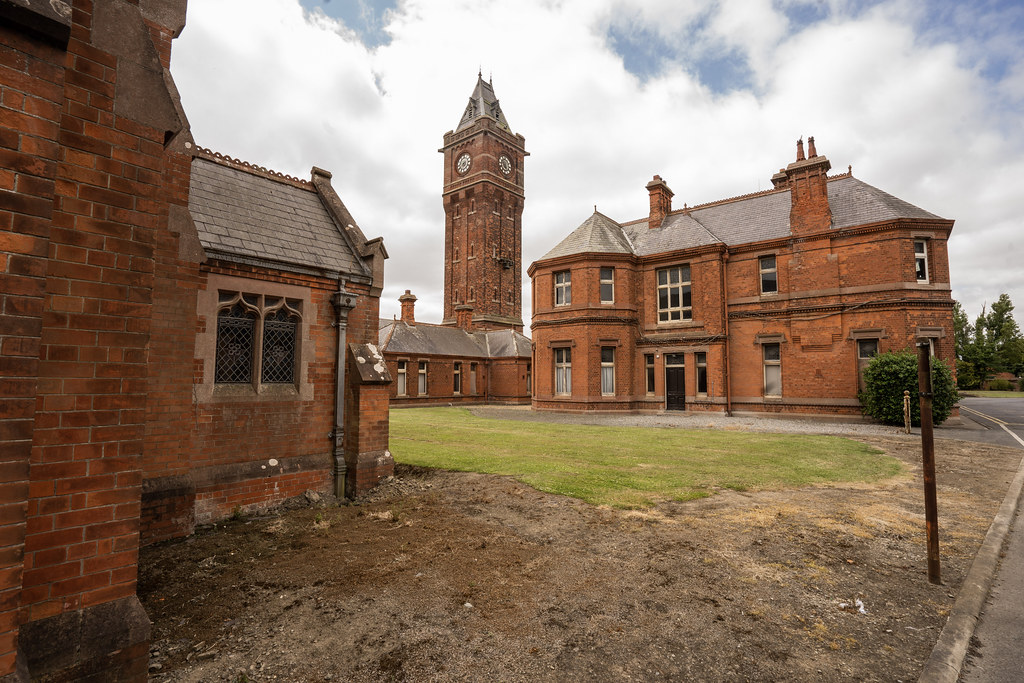 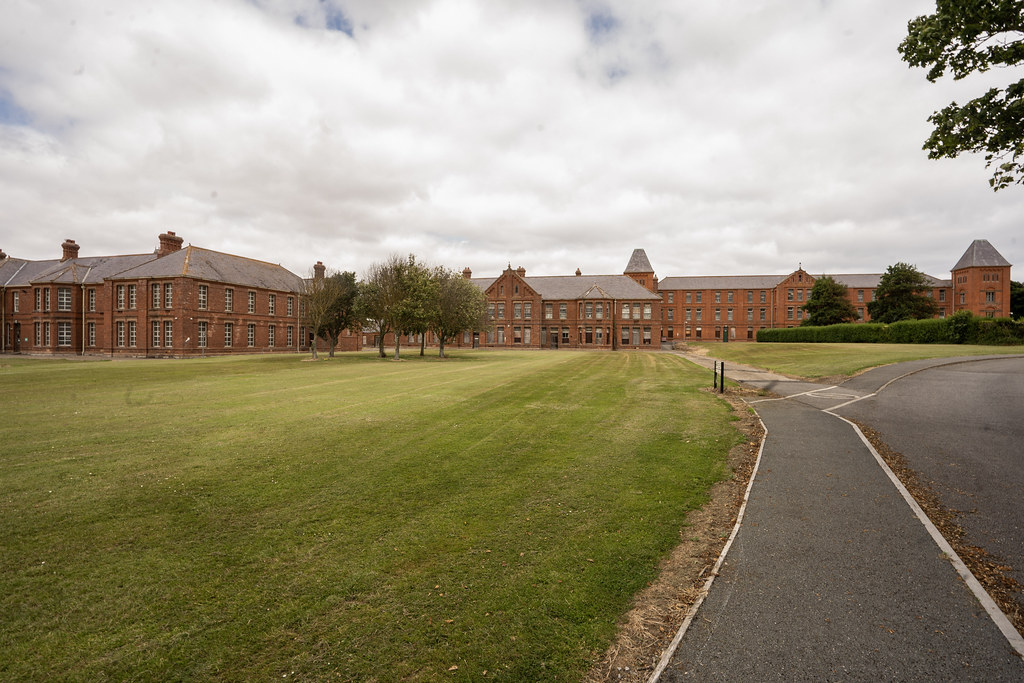 Anyway, here are some of the photographs. Apologies if some are quite noisy, was snapping handheld because we wanted to see as much of it as we could muster before the inevitable capture occurred. 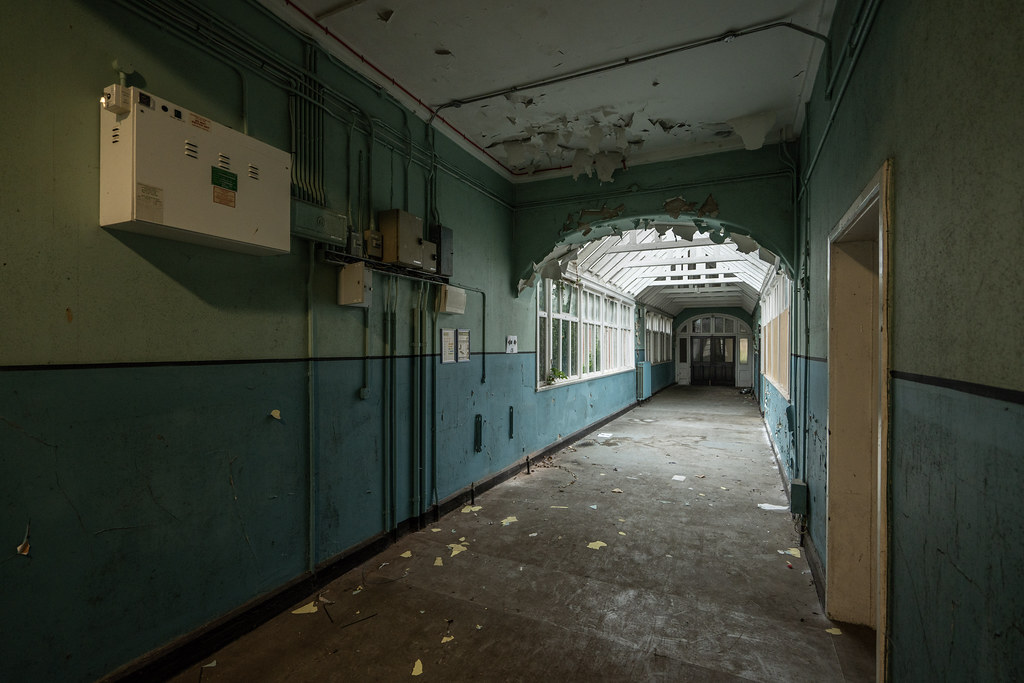 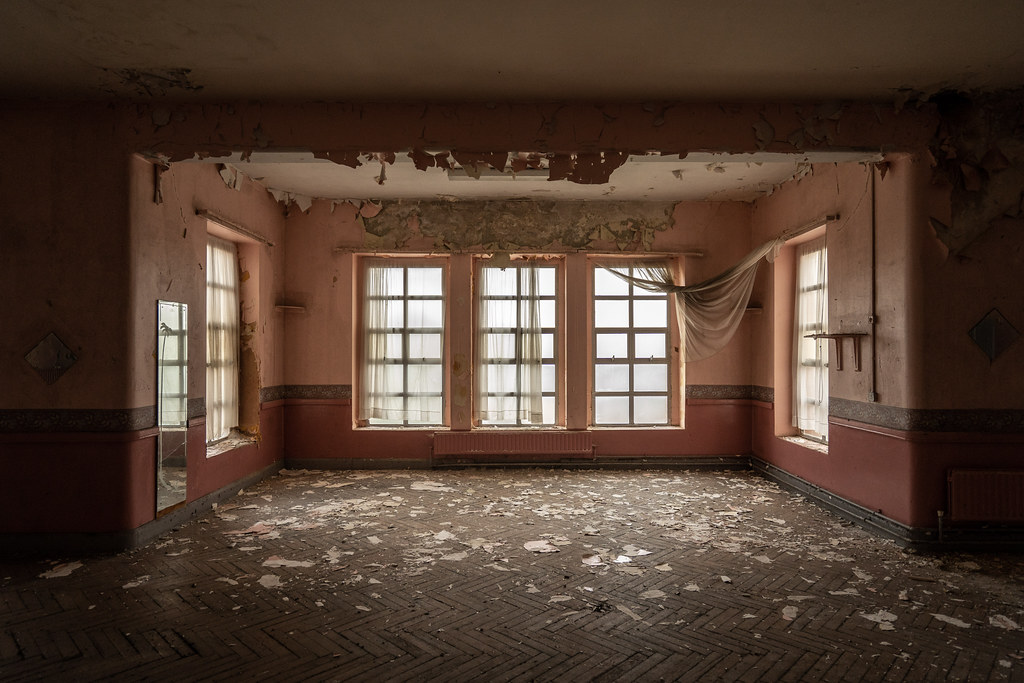 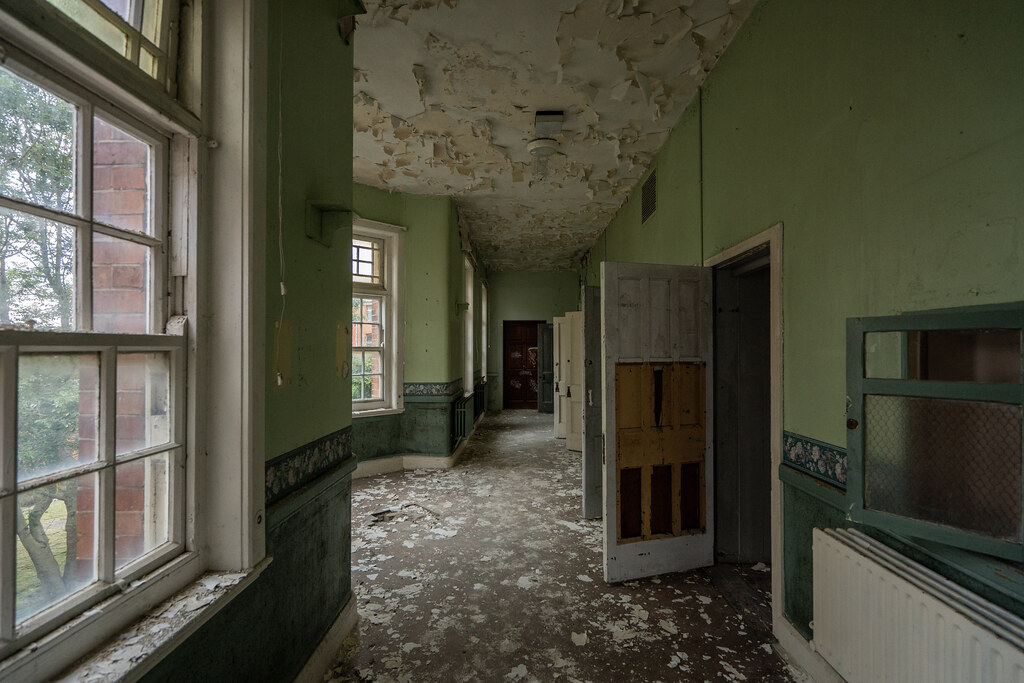 The first sections were very stripped, but contained minimalistic decay and lovely wards. 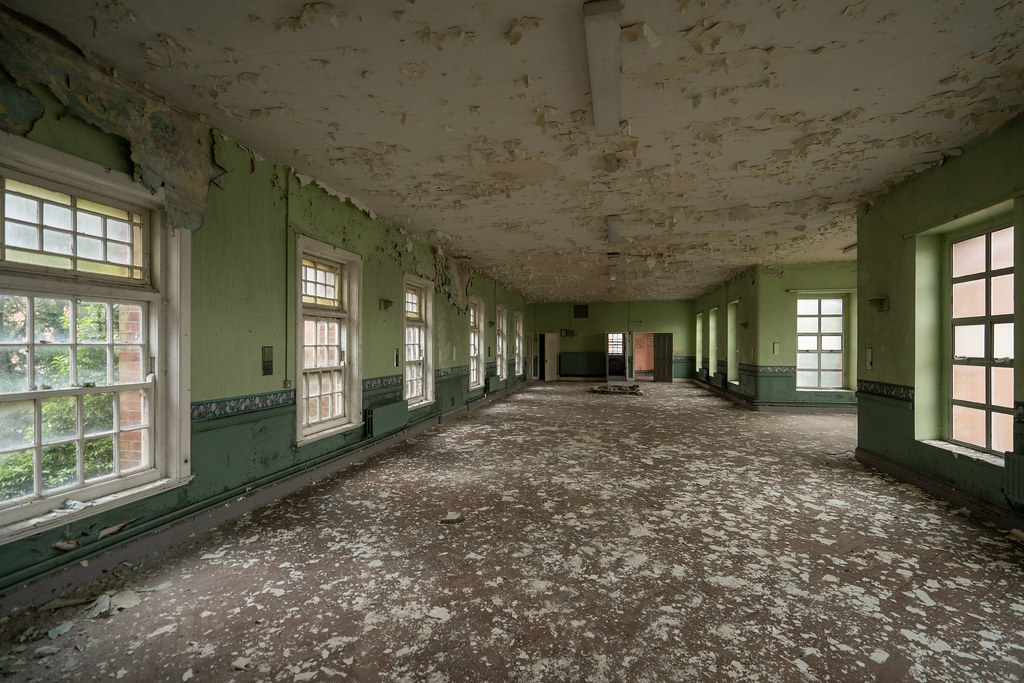 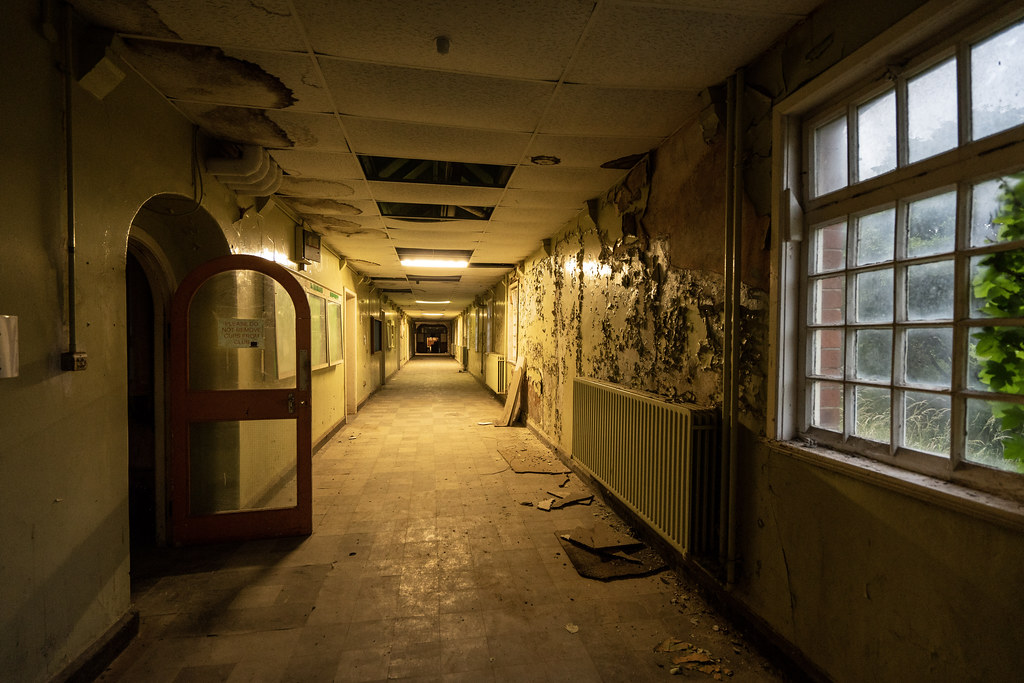 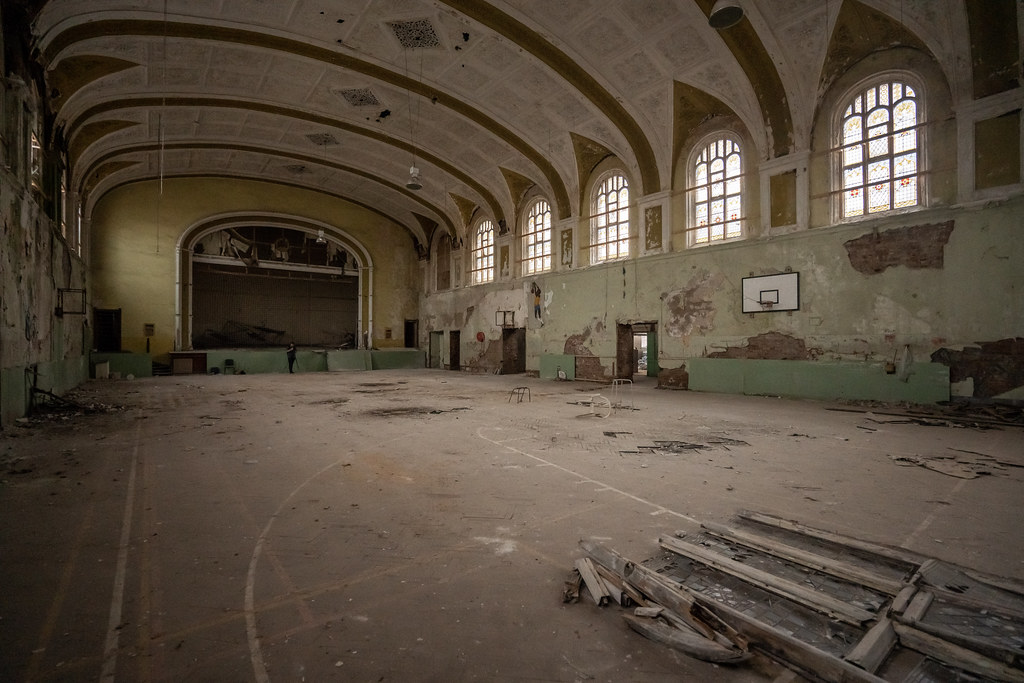 The incredible main hall, easily one of the best I've seen. Shame there aren't too many around like it anymore. Definitely a good projector room here too, we looked for a little while but I think you need to access from the outside. Worth a look at, for sure. 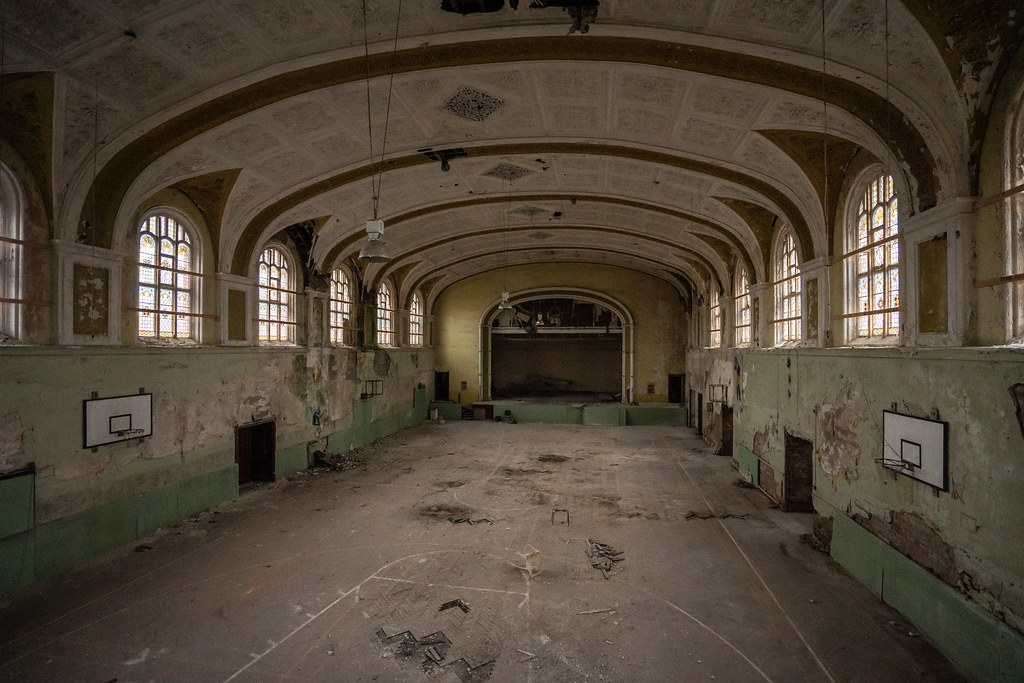 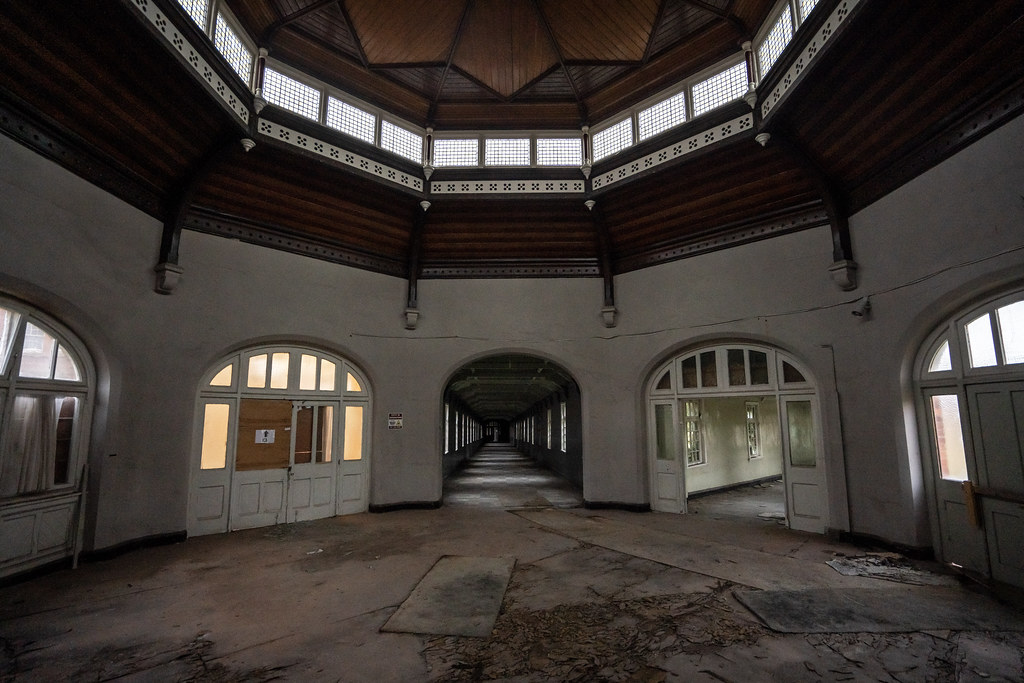 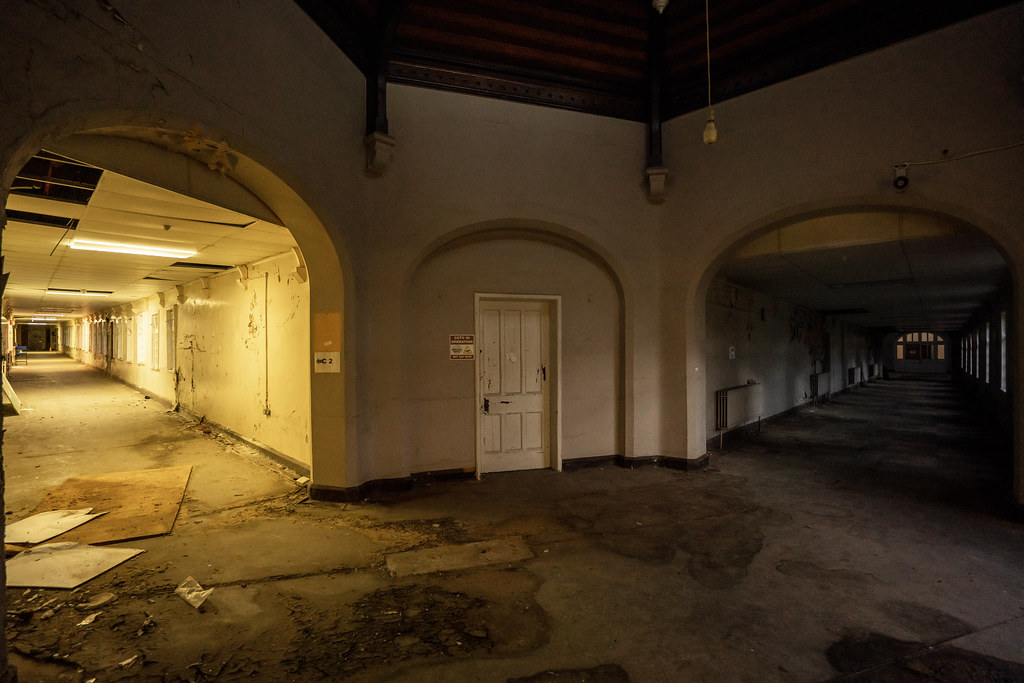 Then, after seeing a lot of the nice corridors and highlights, with the admin and clocktower locked up, we returned to some of the outer buildings looking for some more medical equipment. It was getting quite late, so we planned to leave the property and come back on the final day of our trip. 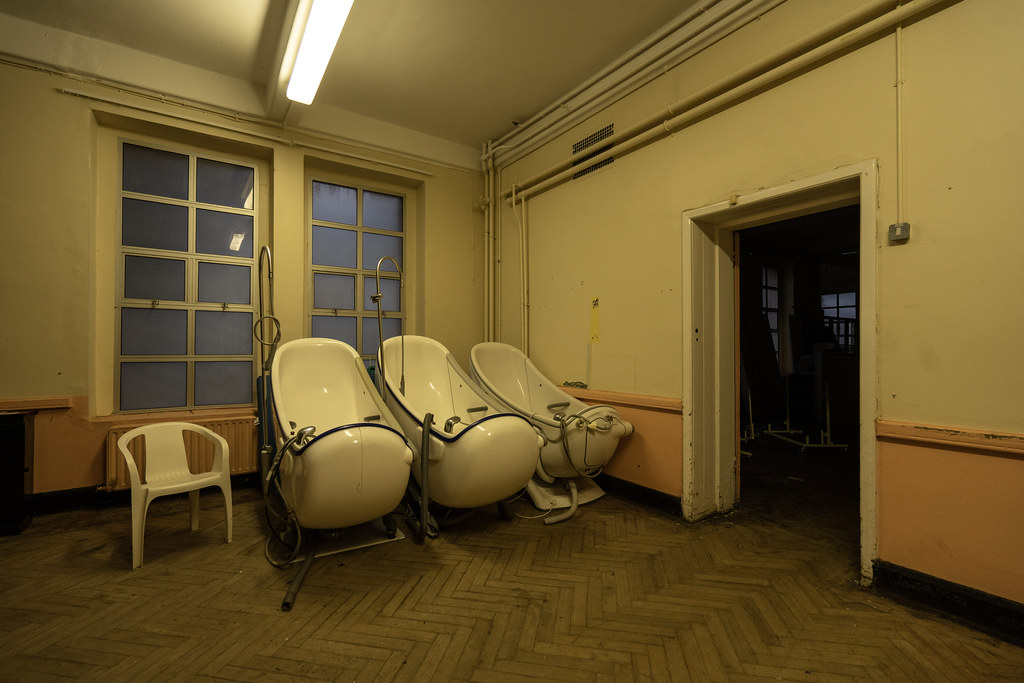 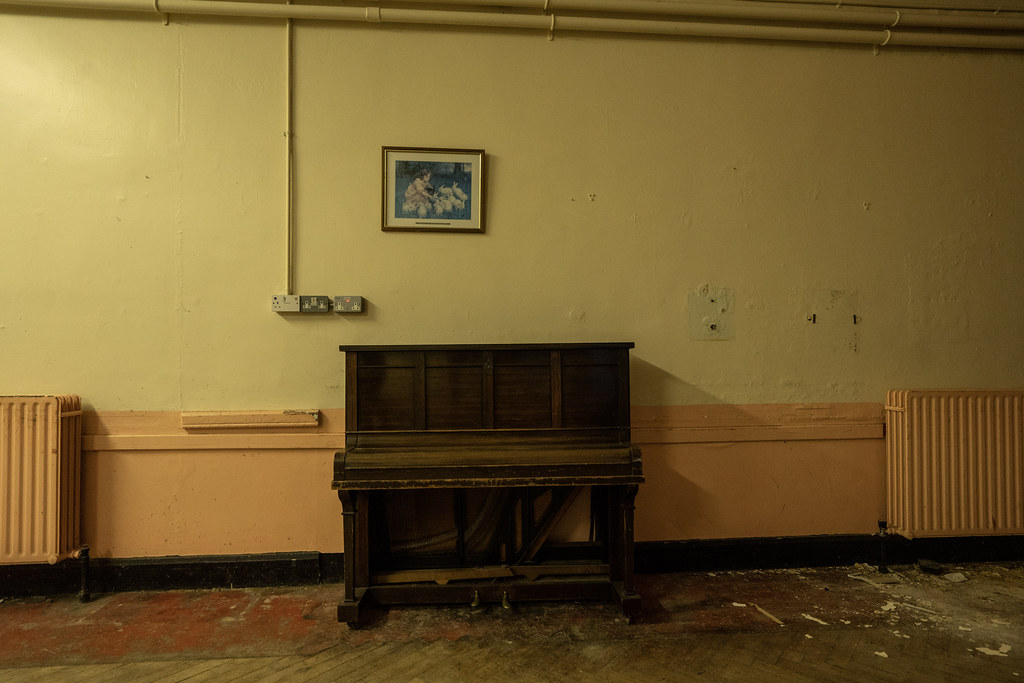 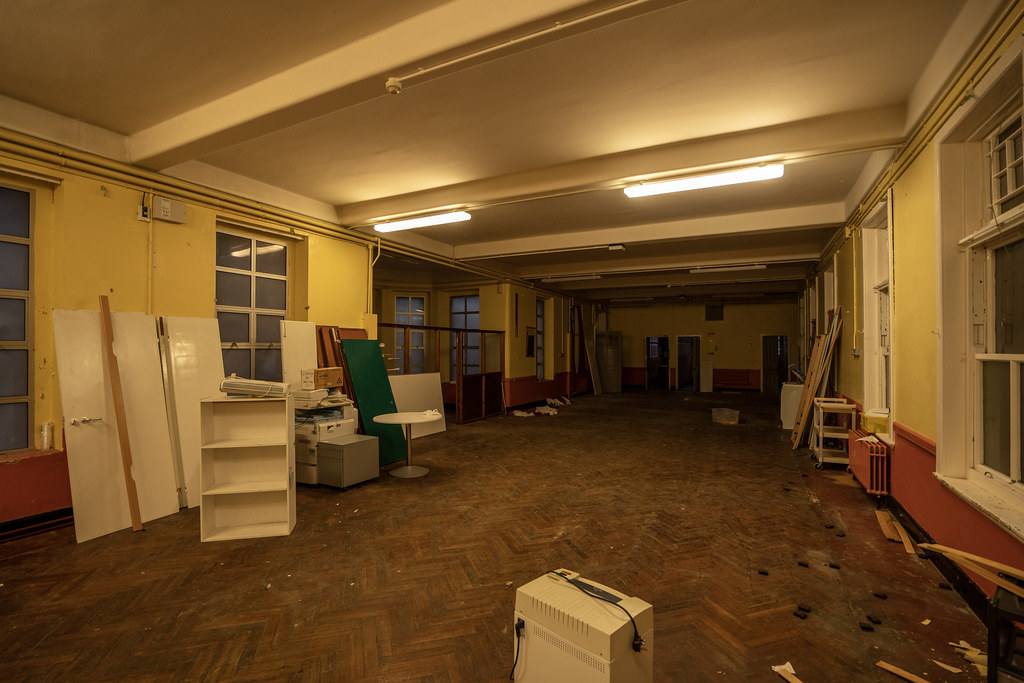 As we were about to leave and had found a suitable window to return to at a later date, we would poke our heads around the corner and see four police vehicles with officers jumping out and racing into the building. We had just bided our time a tad too long, which was very annoying, because we had a perfect entry point for a return visit and hadn't wasted the first time 'sorry' when you're caught. We did attempt to escape with the officers inside the building but a lingering one just sighted us before we could vanish into the night. They were really lovely however and sent us on our way after seeming genuinely interested in what we were doing. 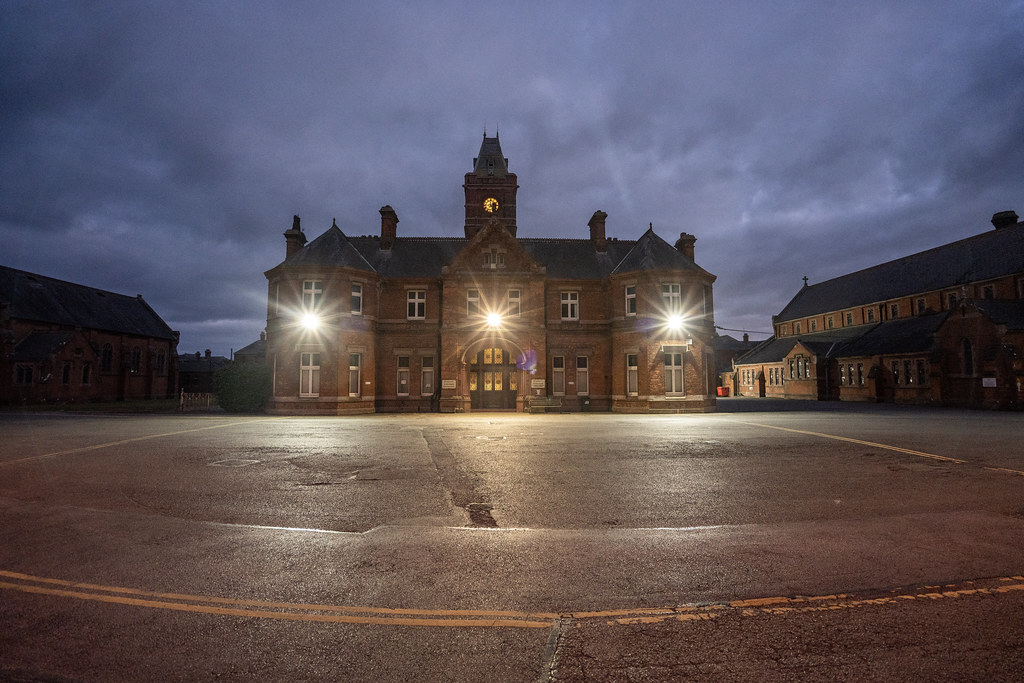 Here is a video we made on our exploration of St Ita's. Click it if you are intrigued, dislike it if you support Liz Truss:

Looks absolutely mahoosive. Some really nice features in there, especially the hall