Highgate station was originally constructed by the Edgware, Highgate and London Railway in the 1860s on its line from Finsbury Park to Edgware. It was purchased in July 1867 by the larger Great Northern Railway (GNR) and opened on 22 August 1867. 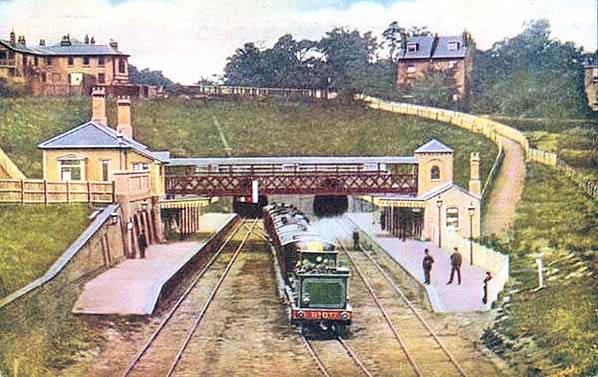 ​
The station was rebuilt during the 1880s with a new island platform on the site of the former passing loop. The side platforms were from this point onwards disused.

A photo from the early 20th century showing the different layout​
As part of the 1935 'New Works' plan to incorporate the Edgware, High Barnet and Alexandra Palace lines in to the London transport network the station was one again rebuilt with a new brick platform building. Shortly before the start of WW2 the lines began to appear on underground maps. With the start of WW2 however the service was reduced and never quite picked up again.​ 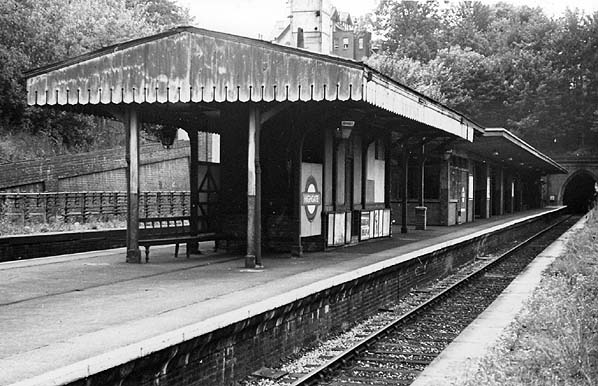 How it looked in 1941​
Closure was announced in 1953 as the number of passengers travelling on the line didn't justify it's electrification. A shuttle service continued to run until 3rd July 1954 when the station closed to passenger traffic.​ 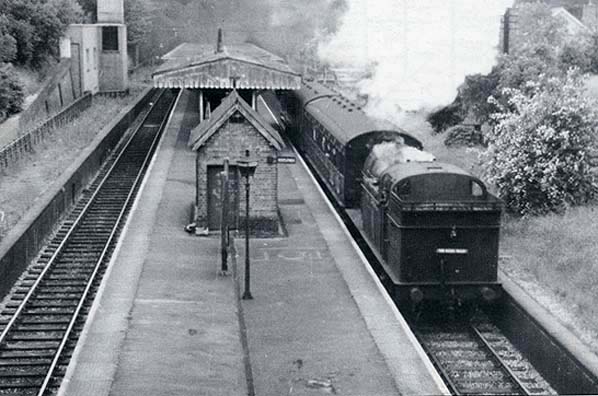 In the 1950s just before closure​
This section of line between Finsbury Park &amp; Highgate remained open to freight traffic until 1st October 1962 and it has been abandoned ever since. I sourced the history &amp; pics from here http://www.disused-stations.org.uk/h/highgate/​
I visited with Extreme Ironing, it was a really fascinating little place even though it didn't take long to get round it. I hope to go back there some time and photograph it on a misty morning.​
These are the sealed off tunnels on the east side.​

No idea what this machinery was once used for….​

Old advertising/timetable boards in the middle​

Heading for the staircase​

The cage shut for the last time​

Think this may have been an old waiting room…..​

Looking back along the platform​

Nice shots cool write up and good to see

I liked this report a lot, i will have to drag you back there as i would like to see this me self

Those tunnels look really interesting bet the padlocks are the maximum security f off versions. Nice post!
Click to expand...

I need to mooch this!! Very well shot mate!!